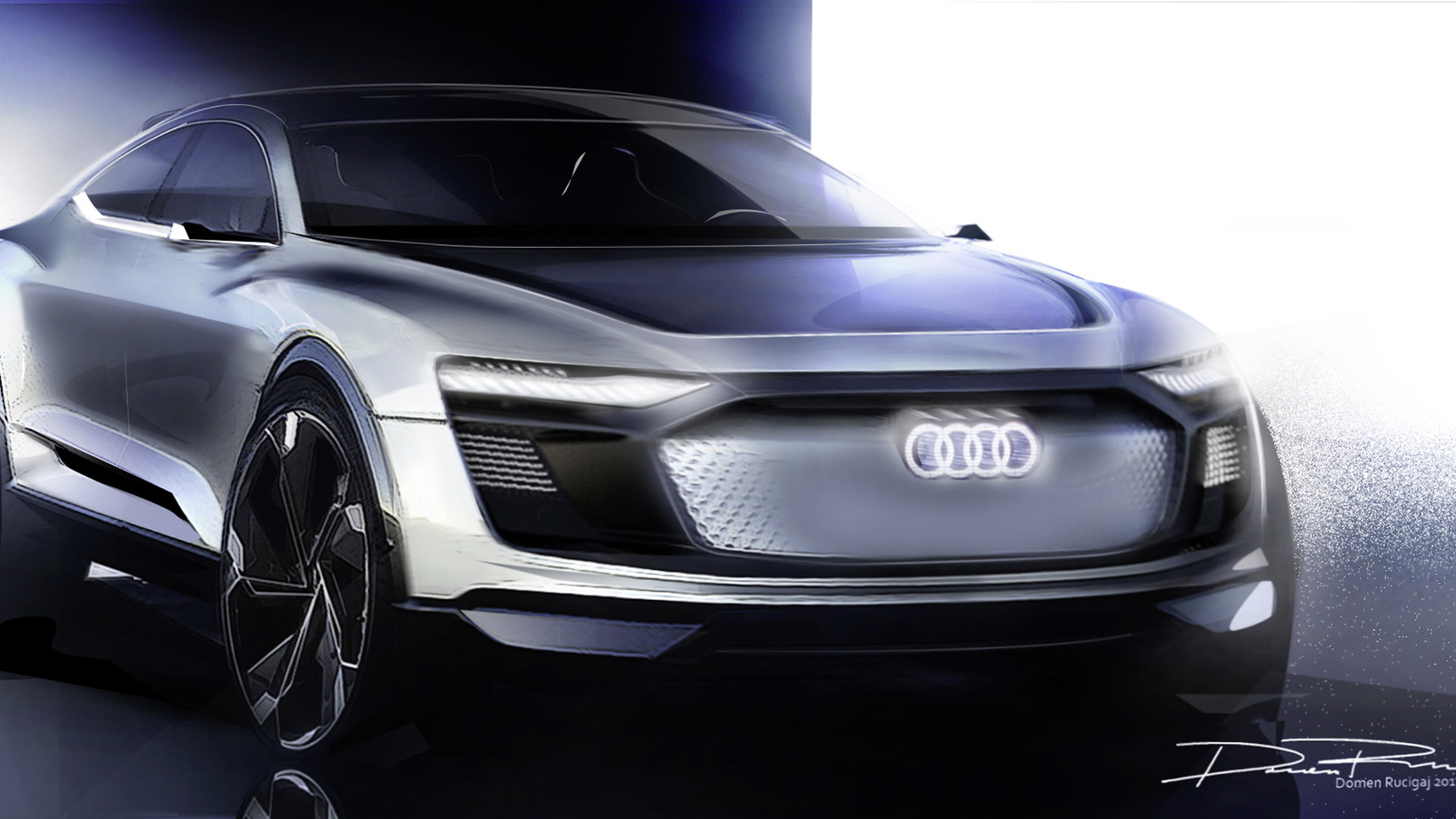 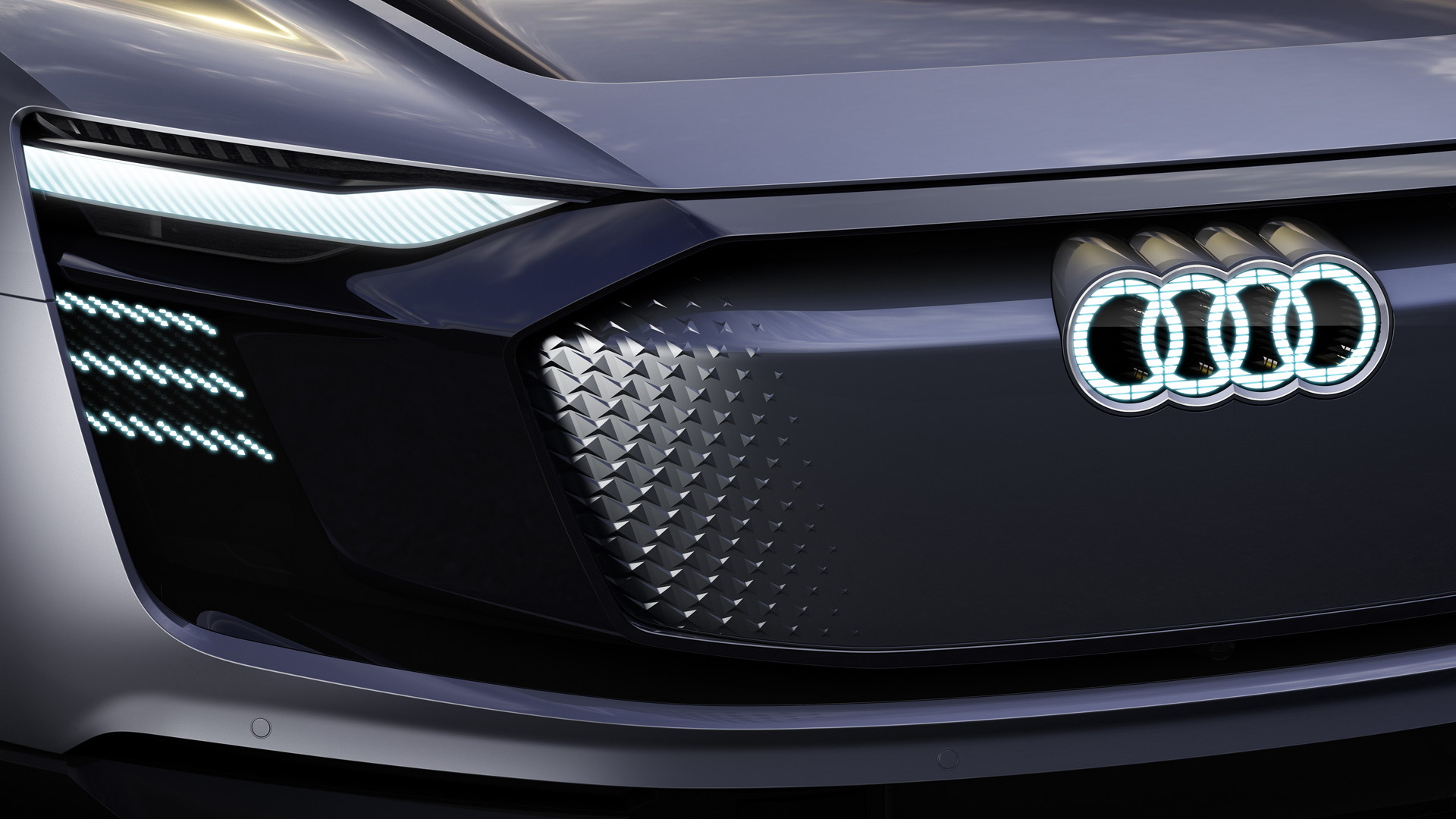 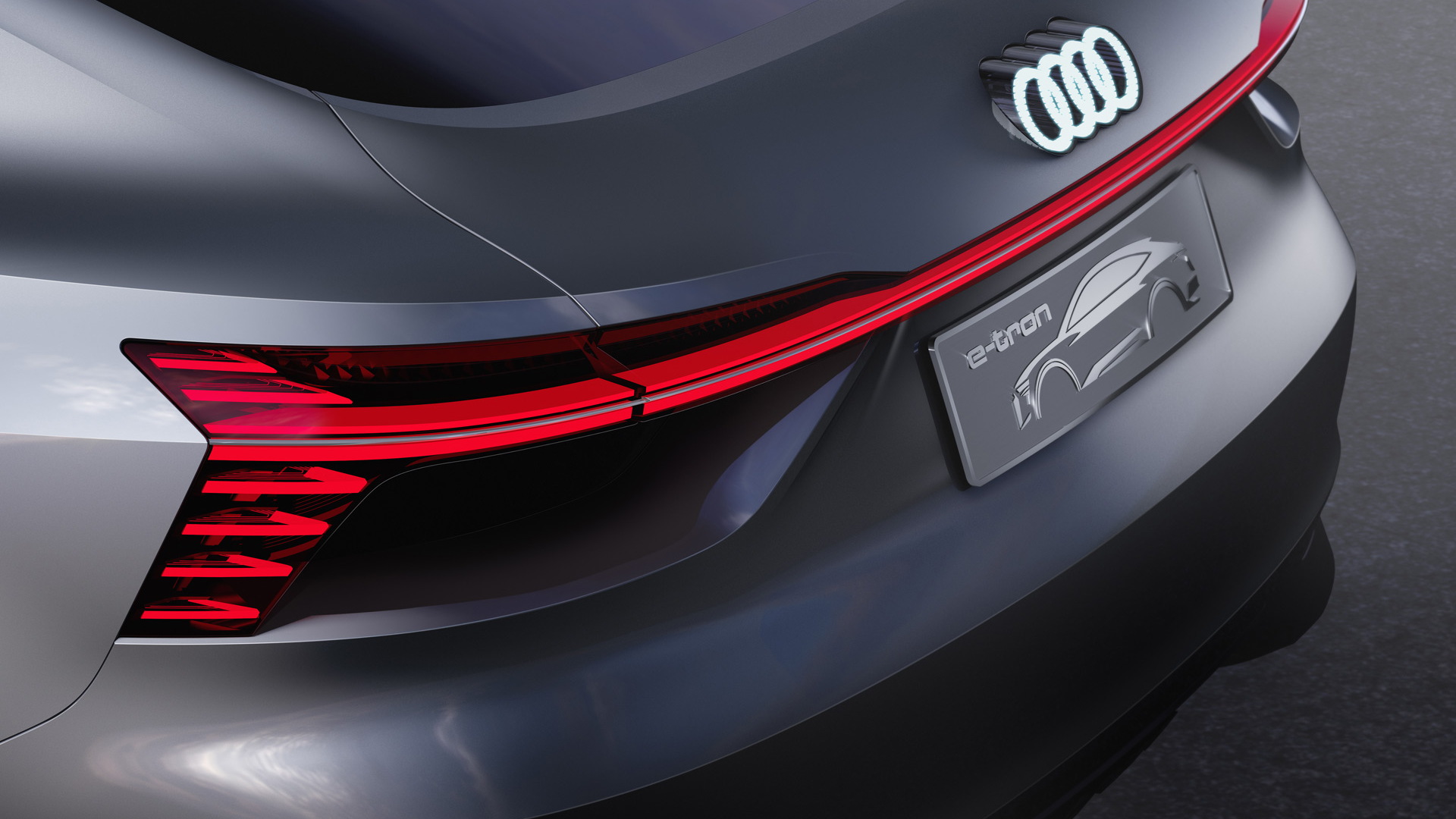 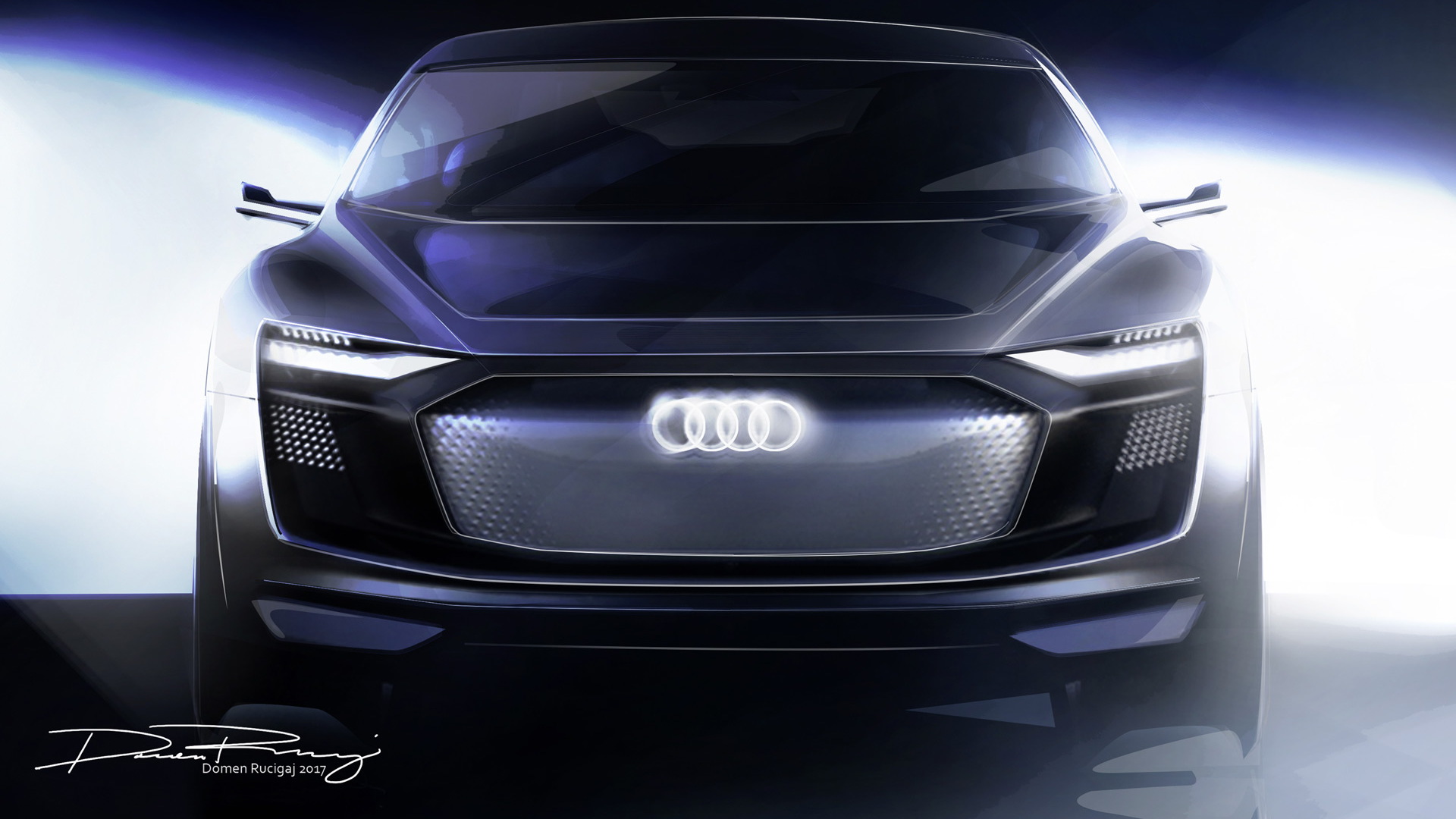 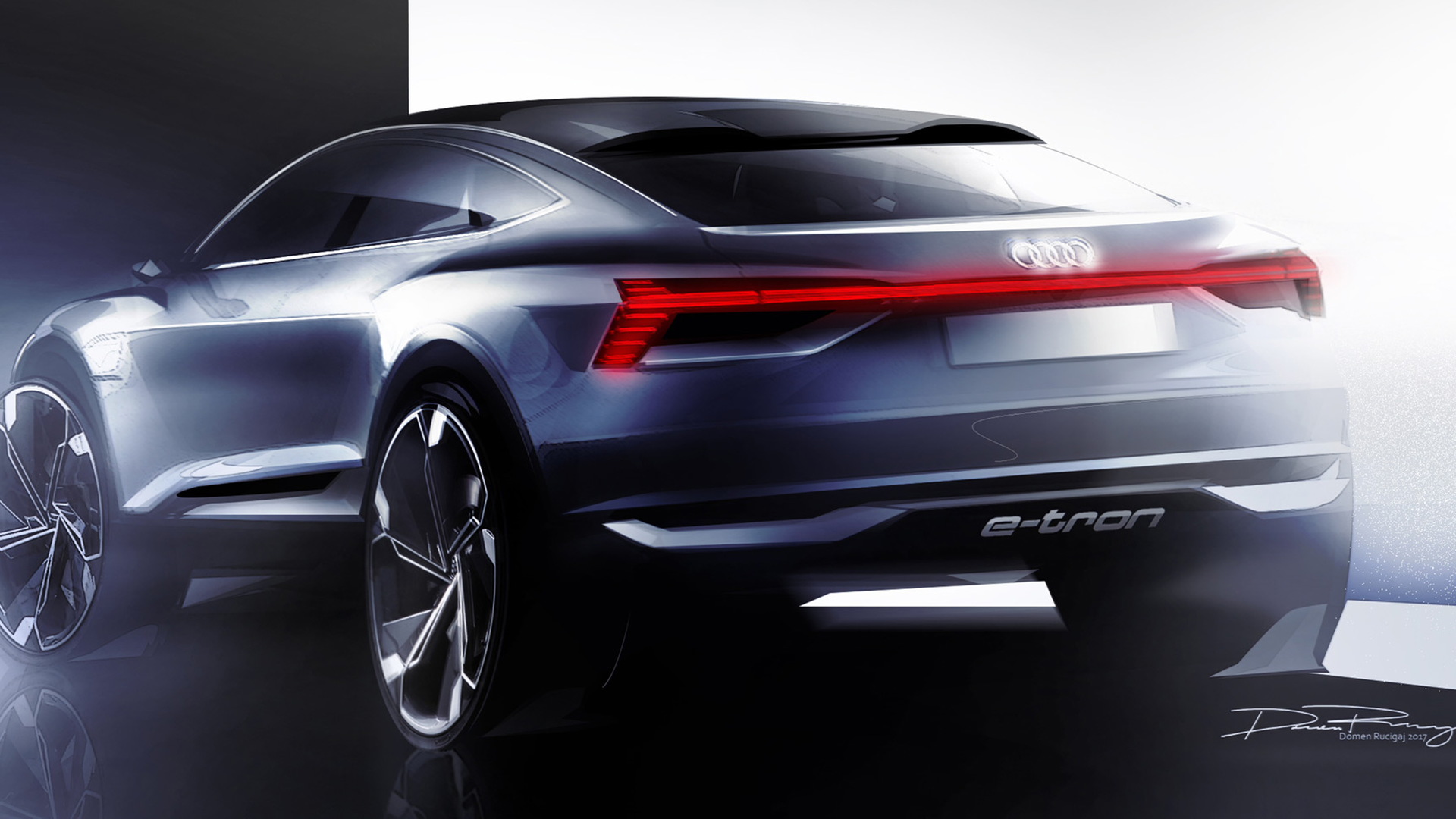 The Shanghai auto show is shaping up to be a showcase for all the green cars and concepts that were absent from last week's New York auto show.

Among them is a concept for a "four-door coupe" version of the Audi e-tron all-electric SUV that'll go into production sometime next year.

DON'T MISS: After Audi e-tron, next electric car to be compact BMW i3 competitor

The e-tron Sportback concept is thought to telegraph design elements from the next A7 large hatchback, due next year, including its fastback roof line, shoulder line, glass area, and taillights.

Other details of the styling come more directly from the Audi e-tron electric crossover, whose design was likely frozen last year.

Those include the "grille" that's actually a sealed blanking panel, since there's no large radiator to cool a powerful engine.

Other design elements come from older Audi vehicles: the vertical openings under the headlights bear a slight resemblance to the Audi RSQ concept made famous in the 2004 Will Smith movie “I, Robot.”

READ THIS: Audi tells its dealers to get with the (electric-car) program

It's highly like to be built on the same underpinnings as the production 2019 Audi e-tron, however, meaning a flat lithium-ion battery pack under the cabin floor and electric motors on both axles.

Audi is among the most aggressive of the German luxury makes in planning future long-range electric cars, which will compete roughly with the two pricey vehicles offered by Tesla.

While BMW was first out of the gate to offer a production battery-electric vehicle with its i3 in 2013, larger and longer-range vehicles are expected from not only Audi but also BMW, Mercedes-Benz, and Jaguar too in 2018 or 2019.

Despite expectations, given the recent proliferation of so-called four-door coupes from German makers—both as passenger cars and utility vehicles—it wouldn't be surprising if the e-tron Sportback concept presaged an actual production car.

CHECK OUT: One-Quarter Of All Audis To Be Electric In 10 Years, Company Says (Nov 2015)

One of the keys to putting electric cars on the path to profitability for makers who haven't offered them before will be achieving volume, and a derivative model with a higher style quotient might lure in some extra sales.

Audi's serious intentions for its electric-car program can be seen in its exhortations to U.S. franchised dealers to take them seriously and prepare to sell high volumes of them.

Franchised dealerships, of course, have long been a weak point in the U.S. for makers of plug-in cars, and it appears that Audi has taken that lesson to heart and is planning how to address it.