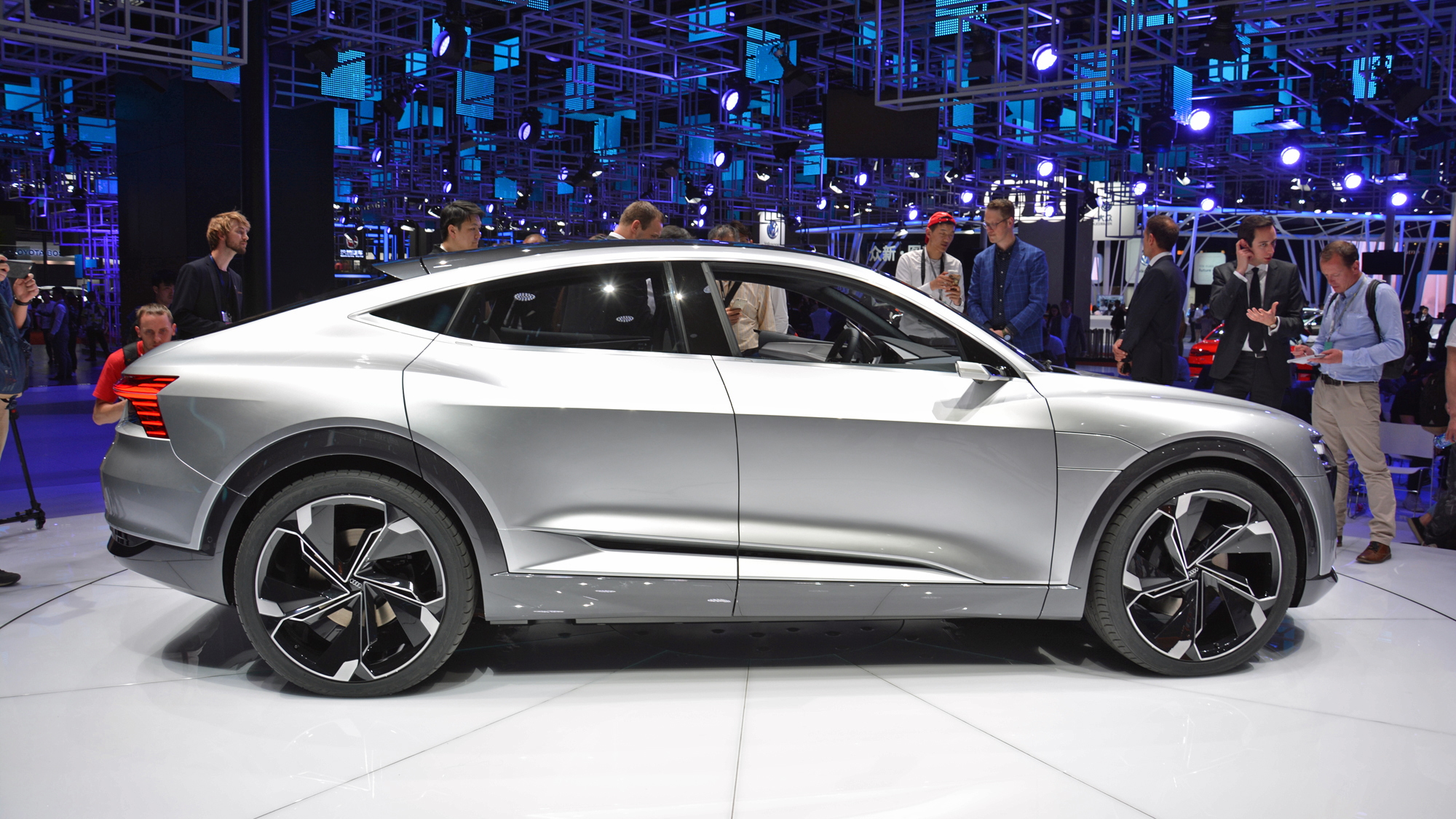 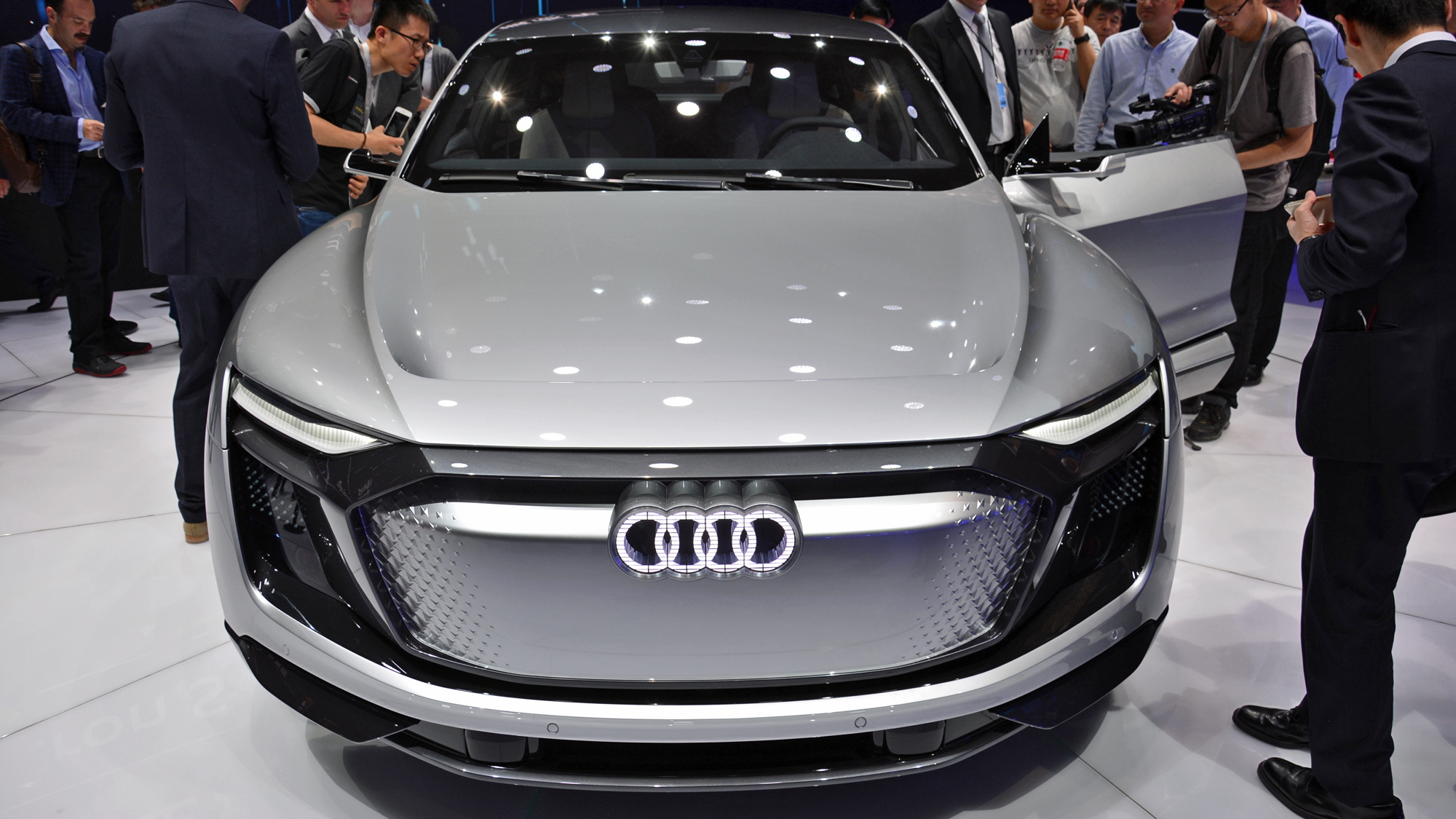 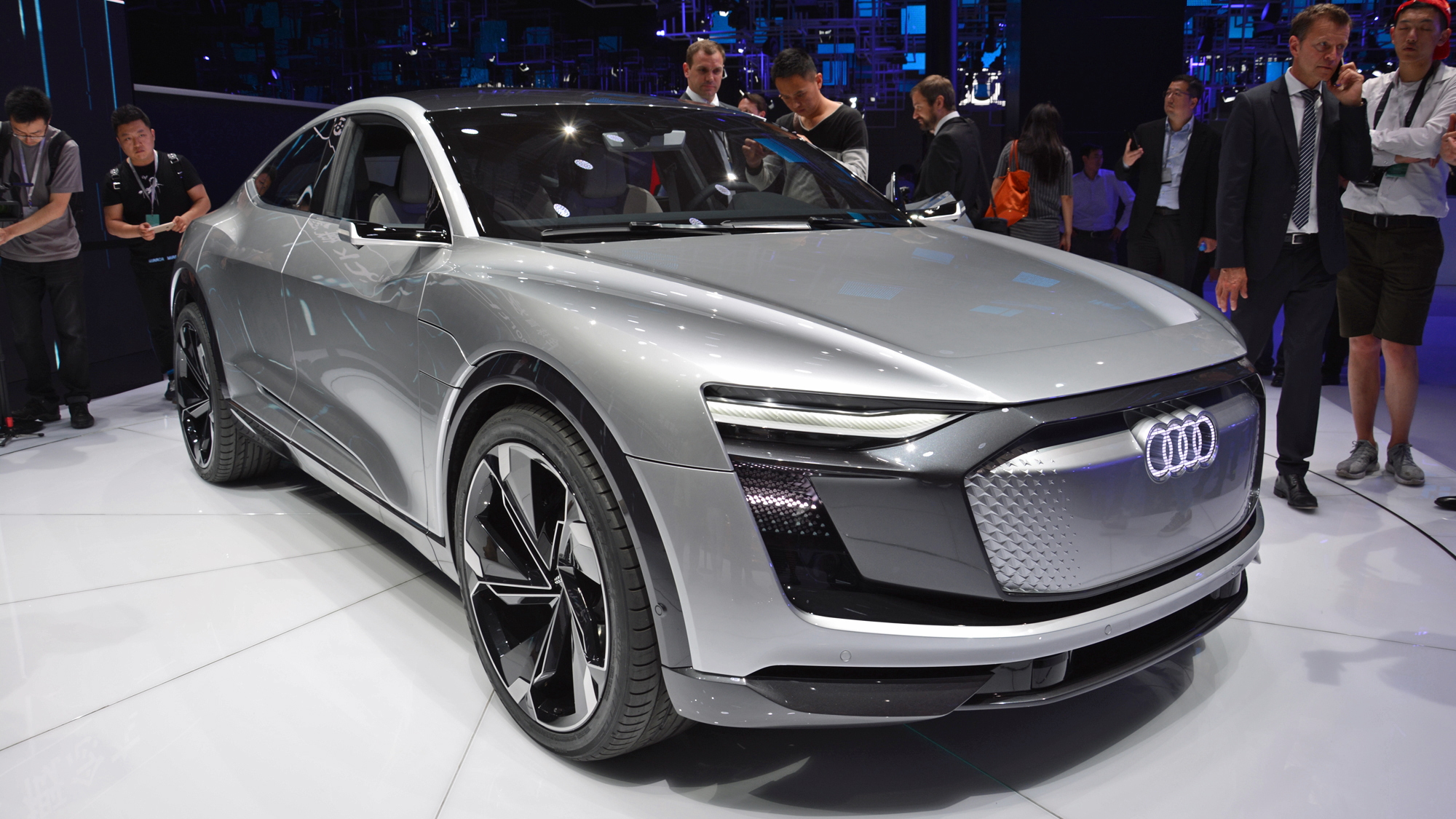 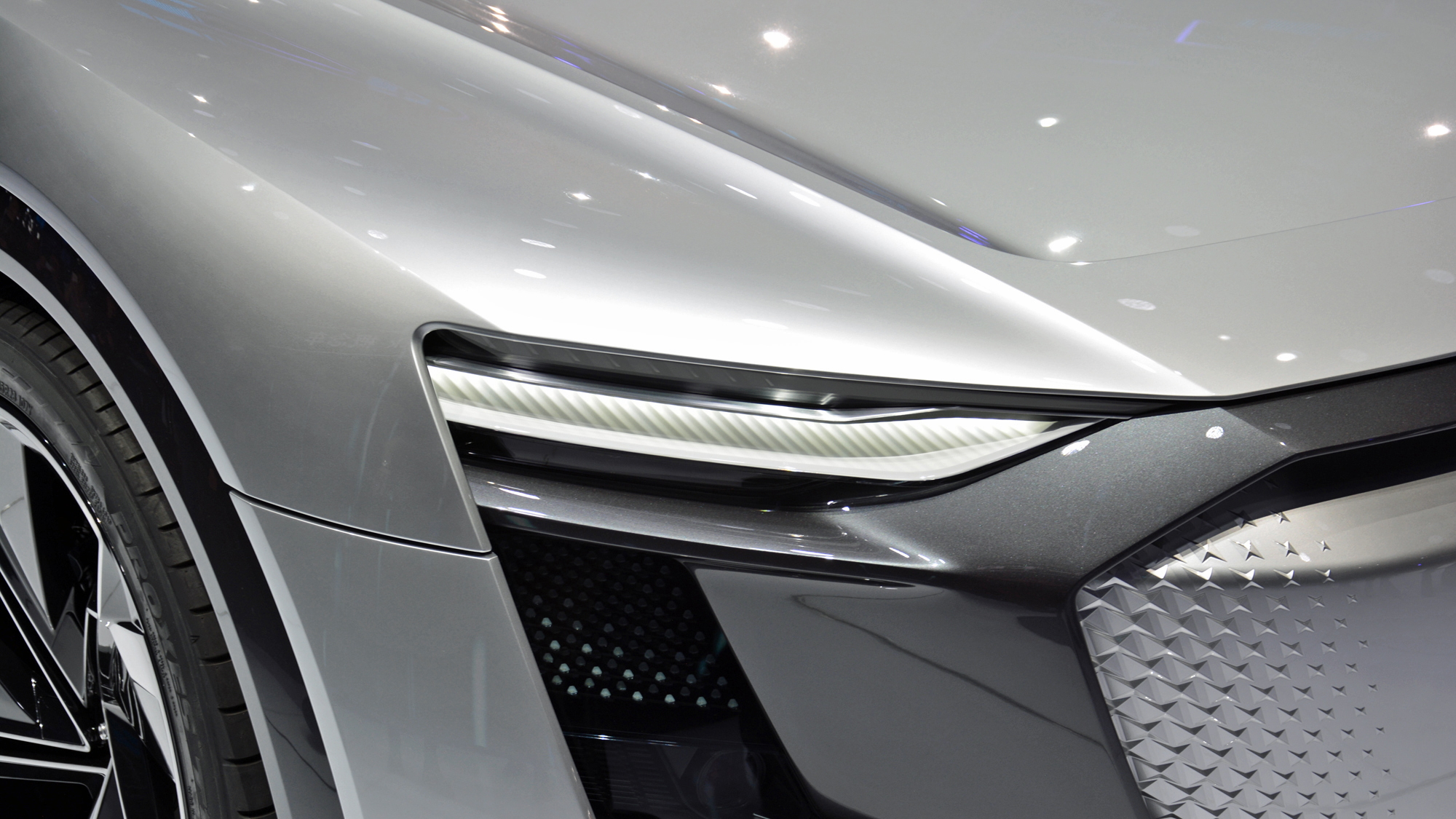 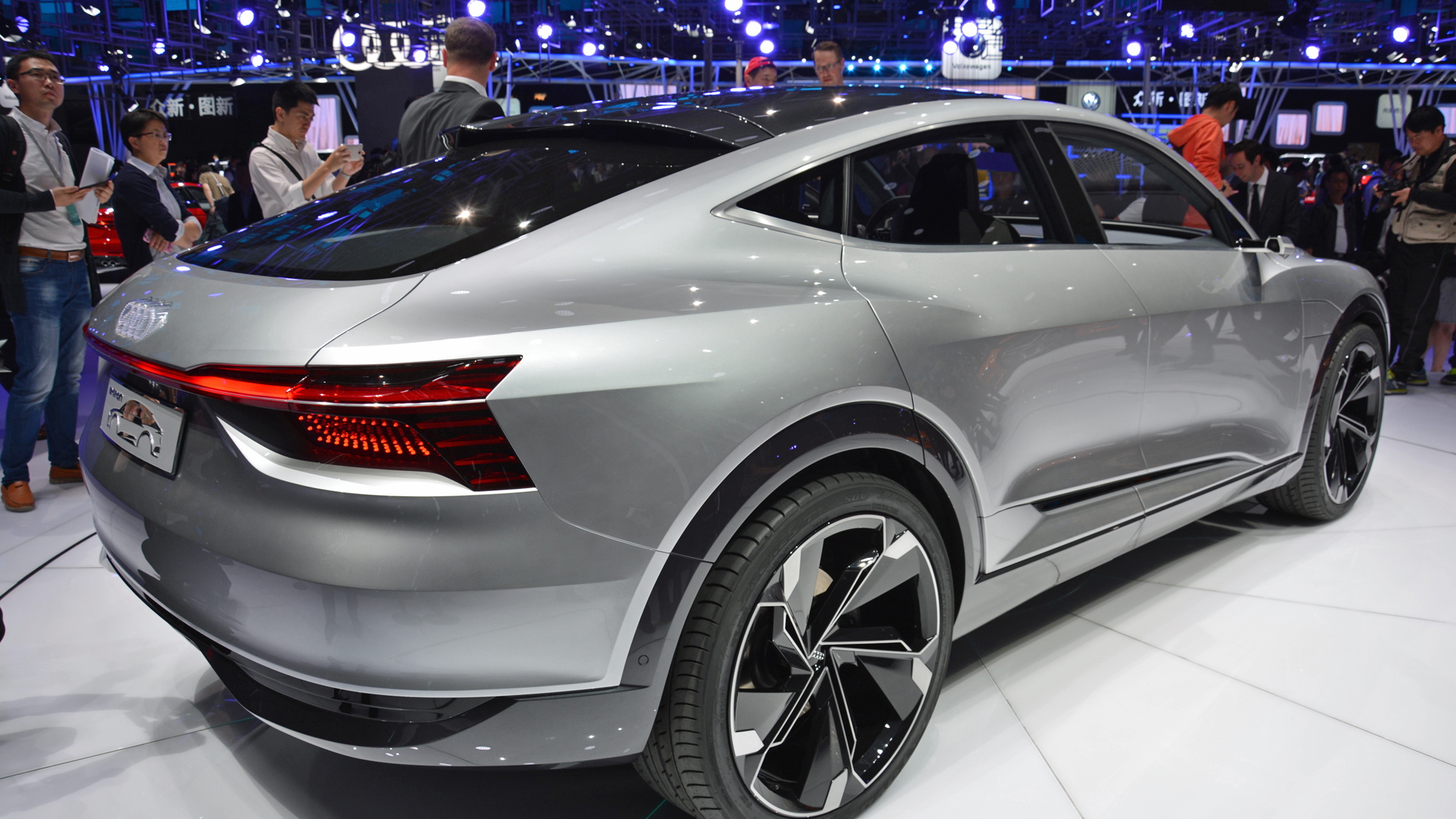 Audi has injected a dash of sporting character and a look at the future of electric-vehicle design into its latest e-tron concept car, which made its debut at the 2017 Shanghai auto show.

The Audi e-tron Sportback Concept previews a coupe-esque electric utility vehicle to come following the introduction of the brand's all-electric e-tron SUV, slated to arrive in 2018.

While the e-tron Quattro will bring a rugged utility-vehicle design, Audi has crafted the all-electric e-tron Sportback Concept as a more "emotional" take on the future of plug-in cars.

The e-tron Sportback uses one electric motor on the front axle and two on the rear, sending power to all four wheels.

Range on the European test cycle is roughly 310 miles, thanks to a 95-kilowatt-hour battery pack; Audi estimated a similar range for the e-tron Quattro concept from 2015. 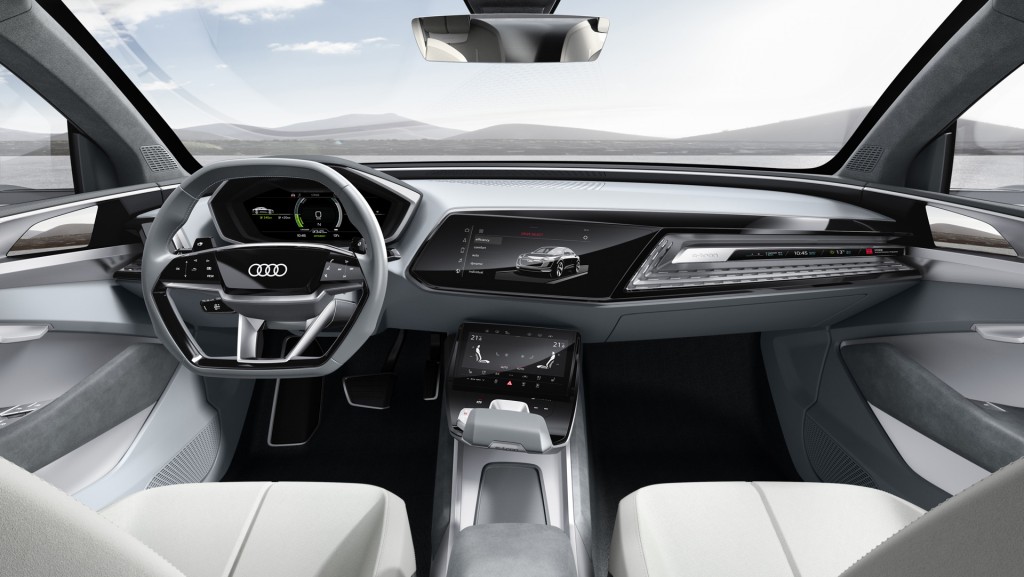 The European test cycle is notoriously optimistic, so 240 miles of range might be a more realistic EPA rating for the U.S.

Moving into the styling, the Audi e-tron Sportback Concept is free of internal combustion-engine nuances, meaning it can sport a front fascia without a traditional grille, that still conveys Audi's brand language.

Hexagonal shapes influence the styling, the German luxury brand suggests, and the central surfaces are pulled back, allowing air to flow through at the top.

READ THIS: After Audi e-tron, next electric car to be compact BMW i3 competitor

Electric it may be, but the e-tron Sportback's design doesn't stray far from the family, boasting similar cues to the brand's other four-door coupes. Its proportions are closer to those of an SUV, though, with large, 23-inch wheels filling out each corner.

Inside, more hexagonal shape influence can be found in the cockpit, meant to convey an impression of spaciousness for four occupants. 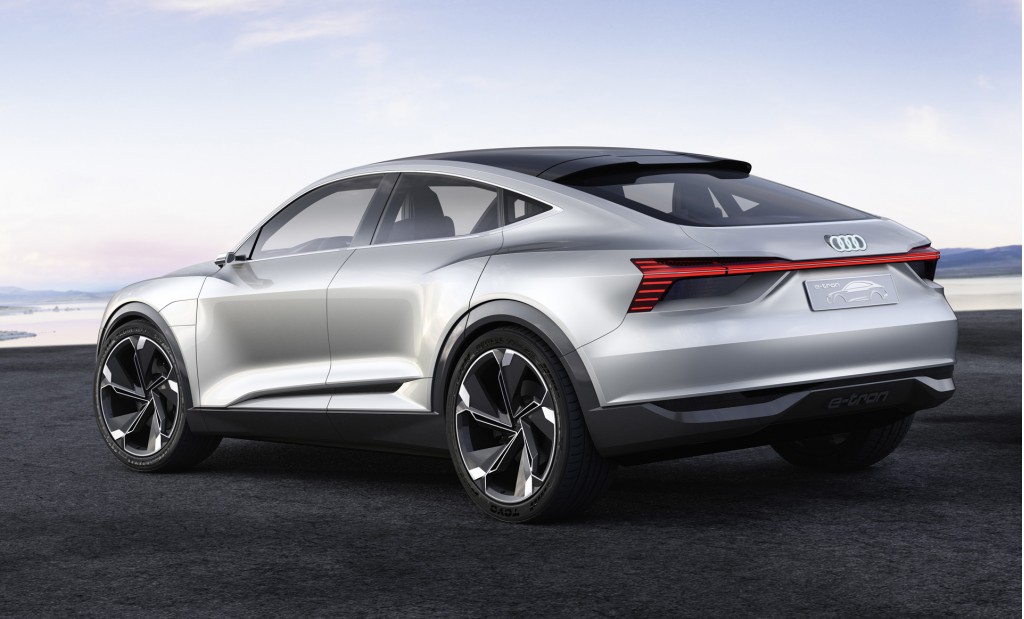 A large black panel display sits behind the steering wheel and lights up in sync with the 10-inch center console display; Audi says it's a nod to modern aircraft cockpits. The panels themselves are made up of TFT and OLED displays.

Backseat passengers get their own touch displays in the door panels to operate separate climate control and infotainment options available to each of them.