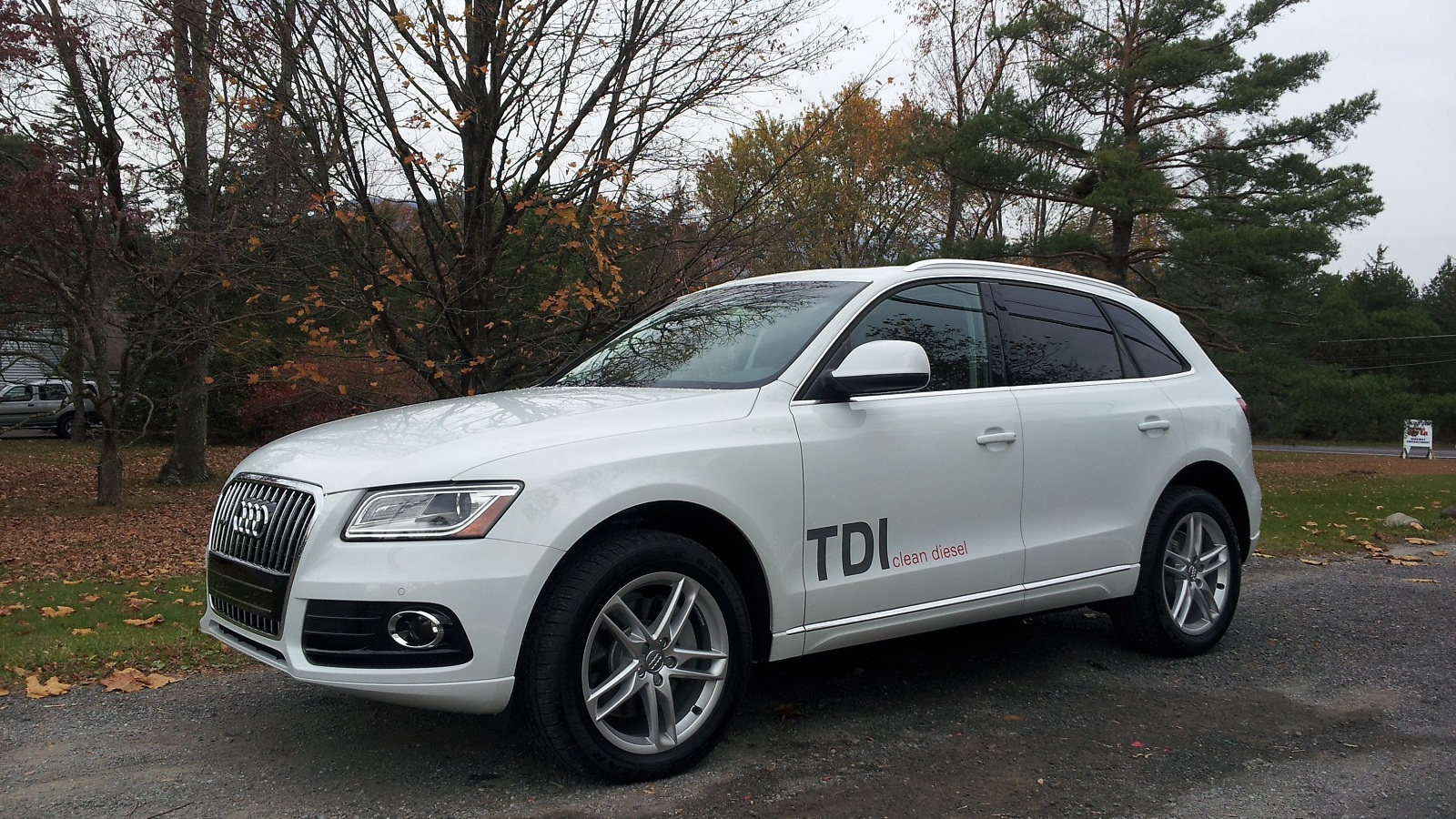 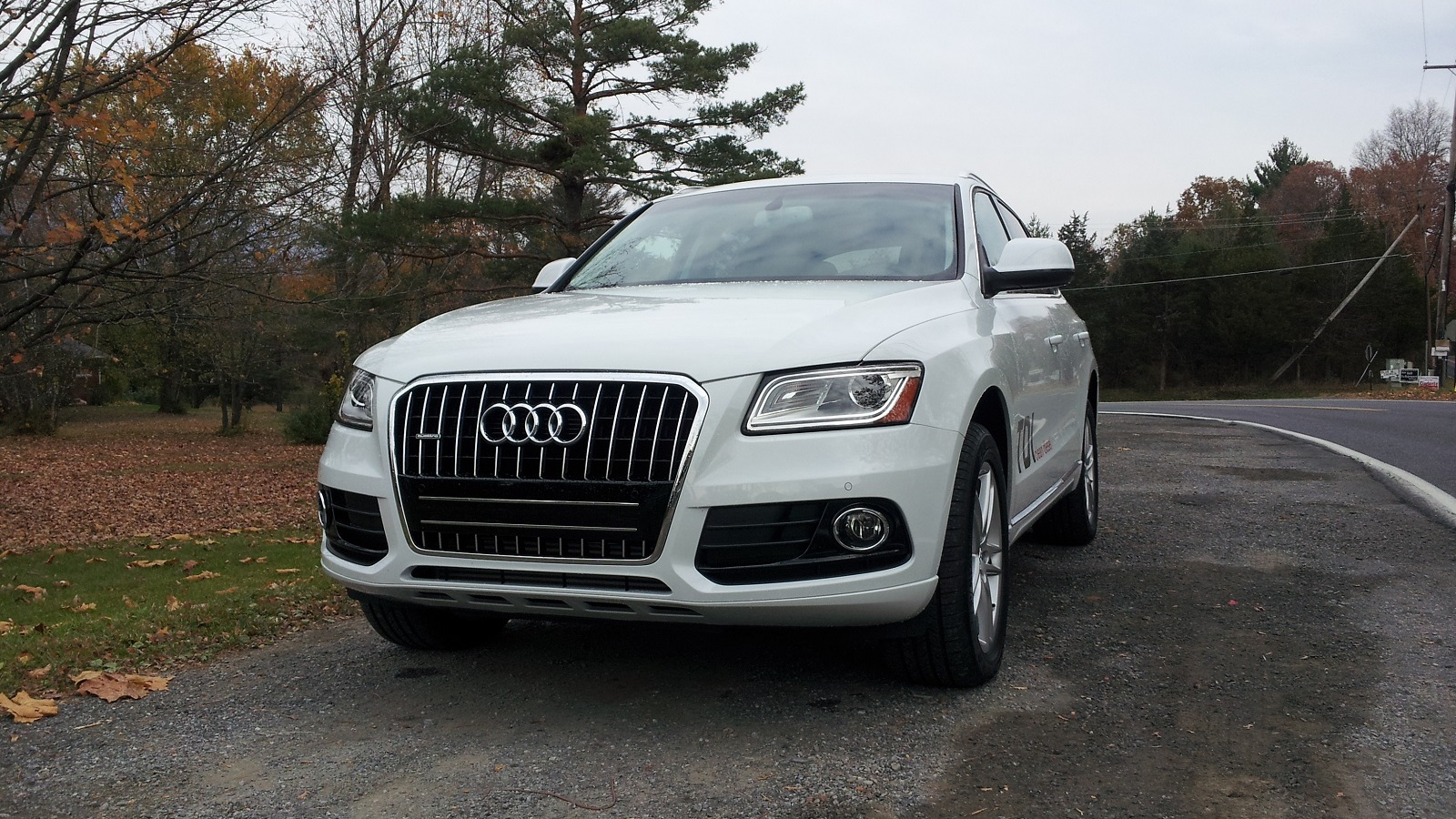 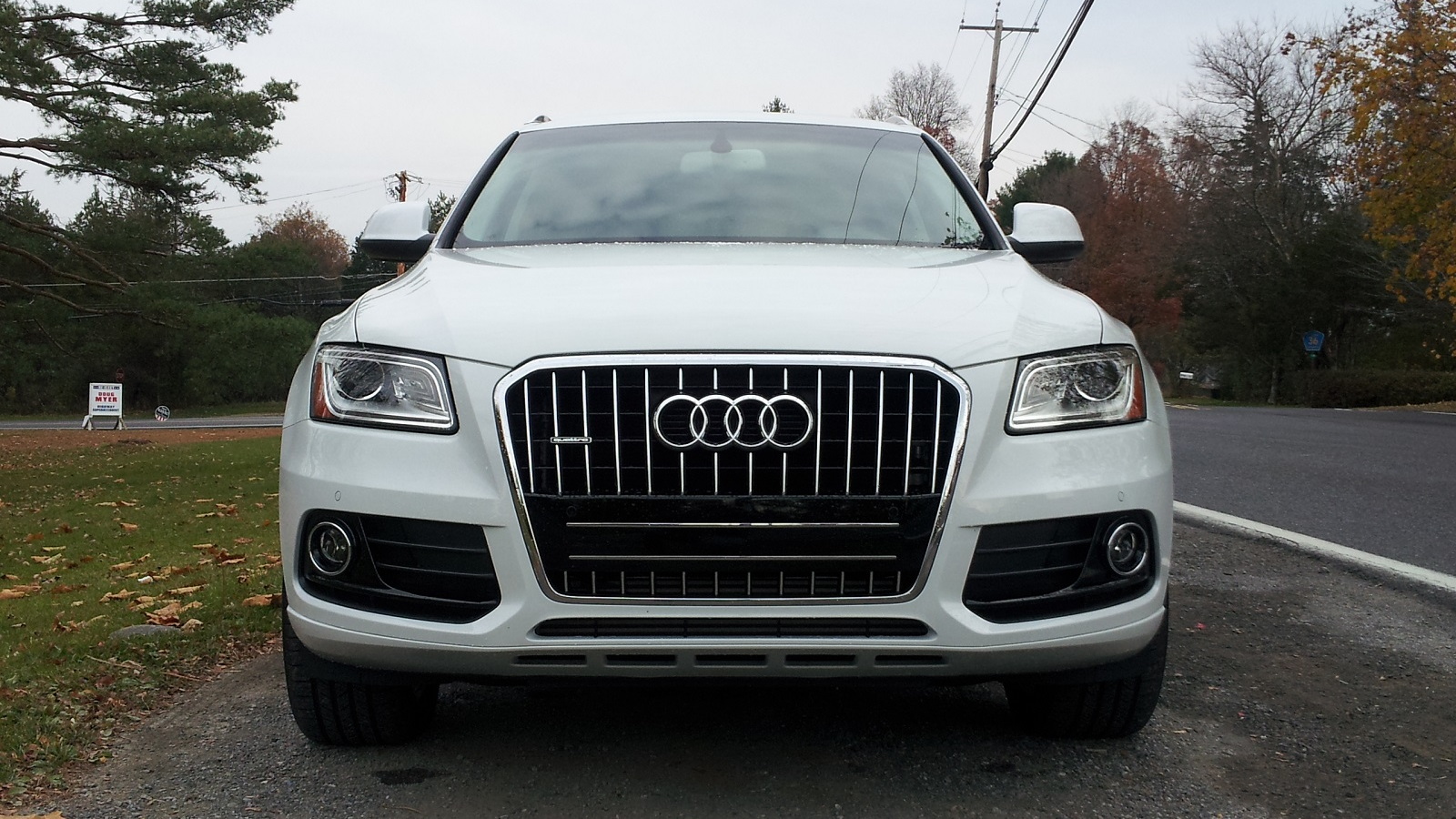 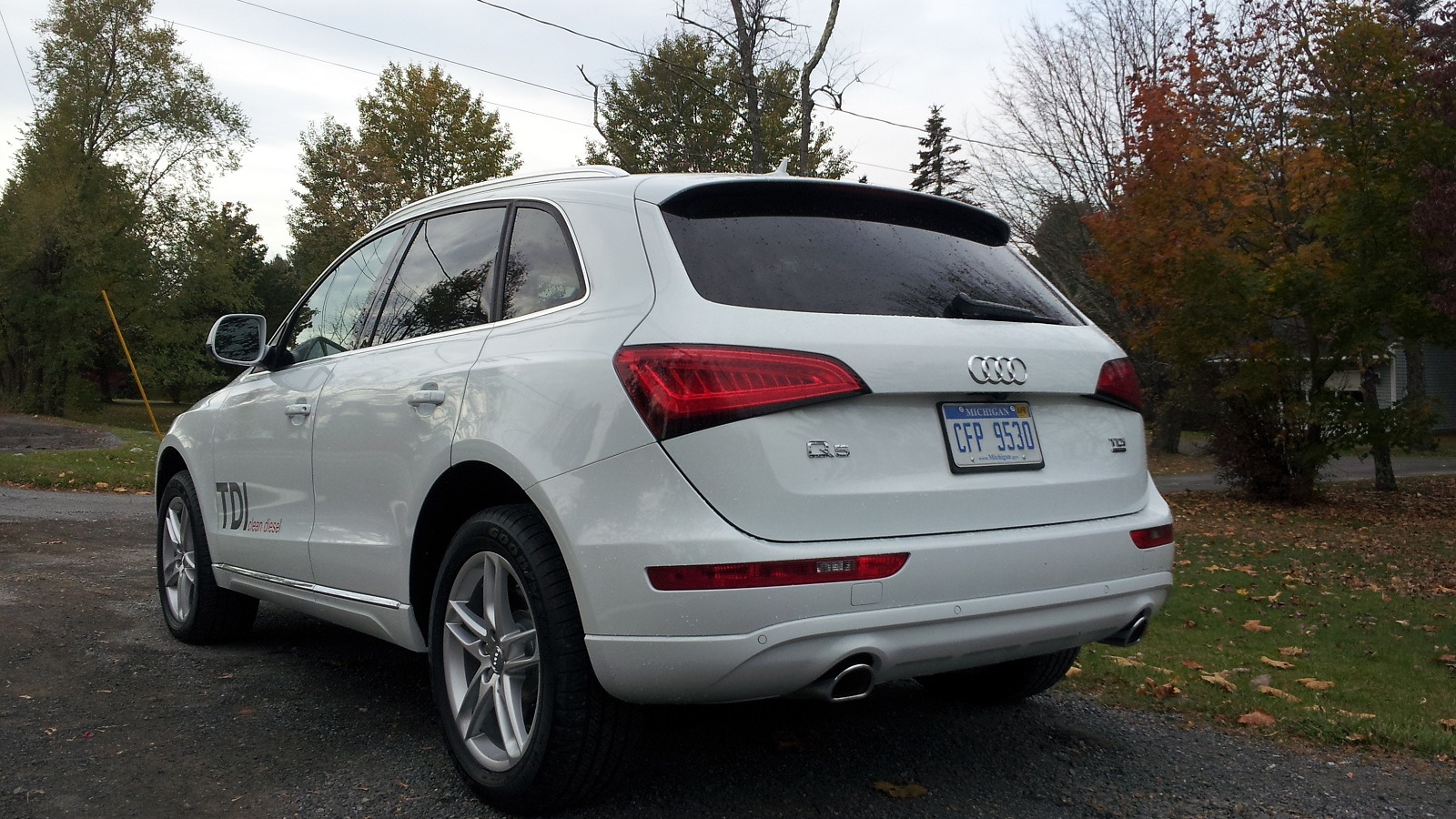 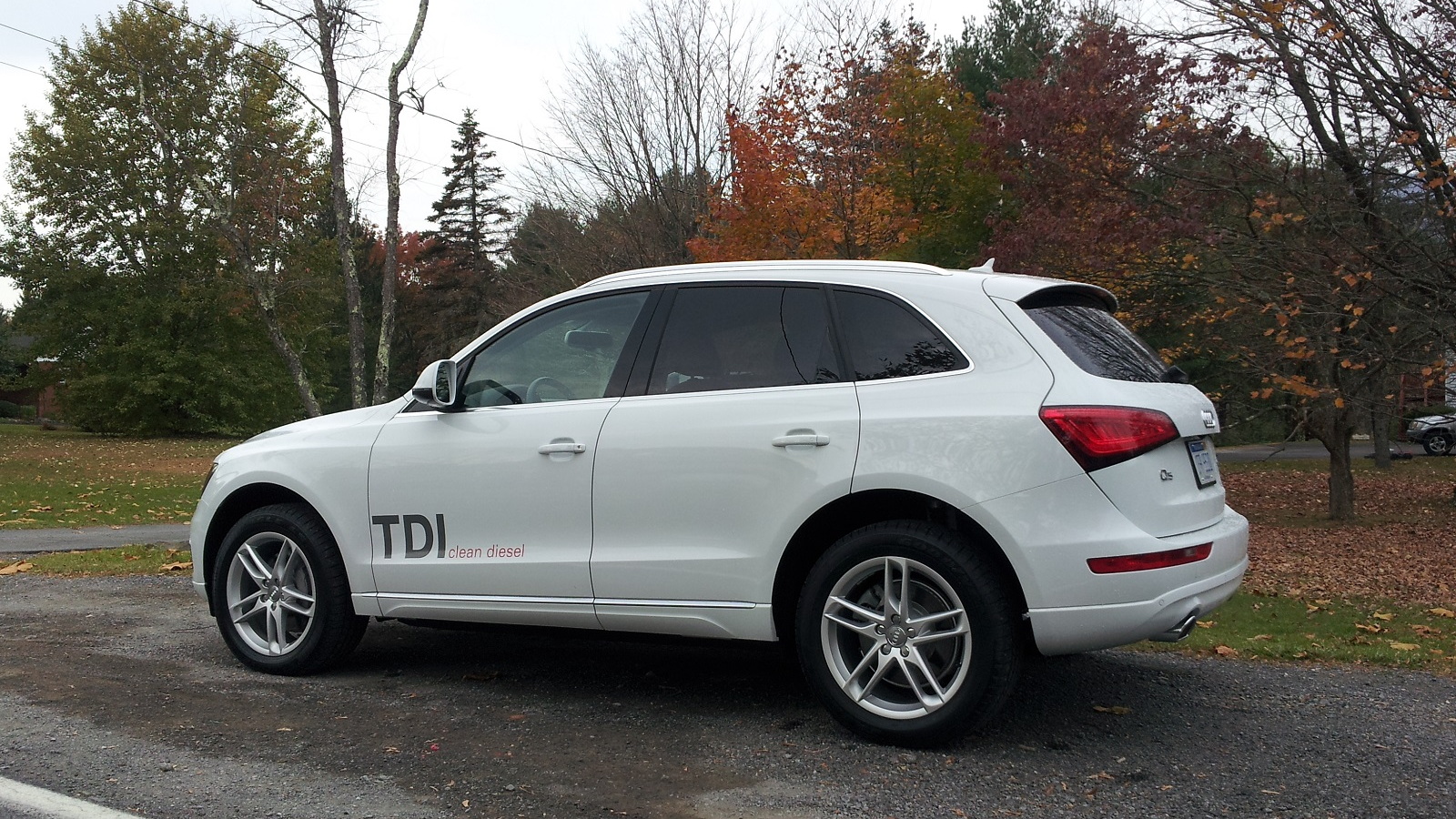 U.S. car buyers are fond of compact crossovers, and they buy a lot of them.

They range from high-volume entries by Toyota, Honda, Ford, and Chevrolet to more luxurious utility vehicles from the likes of Audi, BMW, Mercedes-Benz, and Range Rover. (Lincoln and Lexus will join that crowd next year.)

But only two compact crossovers offer the option of a diesel engine. Both are German, and we've now driven each one.

This first of two reviews covers the 2014 Audi Q5 TDI, a new-this-year diesel option for the Q5 crossover that's been with us since 2009. We'll review the Mercedes-Benz GLK250 BlueTEC separately.

The diesel Audi crossover is rated by the EPA at 27 mpg combined (24 mpg city, 31 mpg highway)--and like many diesels, it's able to exceed its EPA rating in highway use.

In fact, on our 240-mile test cycle, we managed to register a remarkable 35.1 mpg on the vehicle information display.

For an all-wheel-drive, five-seat utility vehicle with good performance and a lot of luxury features, that borders on the amazing.

We should underscore here that our usual test cycle is two-thirds or more high-speed highway running, where diesels excel.

The Q5 TDI as delivered to us, after a few dozen miles in transit, registered 25.0 mpg.

Over our first 120 miles, including some hilly mountain roads, we registered only 24.0 mpg, with intermittent readings from 23.6 to 30.3 mpg.

But on the return leg of the trip, with free-flowing highway traffic at about 75 mph, the fuel efficiency rose steadily--staying pegged right at 35.1 mpg for the last 40-plus miles.

After the 240-mile trip, we still had about two thirds of the 19.8-gallon fuel tank remaining, according to the fuel gauge. Color us impressed.

More than that, and unlike the Chevrolet Cruze Diesels we've driven, the Q5 TDI has good pickup from a standing start and almost no power lag. Acceleration from 0 to 60 mph is quoted at just 6.5 seconds.

The Q5 TDI's diesel engine is paired to an eight-speed automatic gearbox whose ratios always seemed to provide the necessary power on demand.

A handful of random notes after living with the Audi Q5 TDI for a couple of days:

Our test car added the $3,550 MMI Navigation Plus package, which included a CD/DVD player and HD radio, the MMI Navigation system with voice input, a color display for the driver information screen, a rear-view camera and parking sensors, and the Audi Connect system with a six-month free trial subscription.

The only other option was the Glacier White Metallic paint, at $500. The sticker also included a mandatory destination charge of $895, for a total of $51,445.