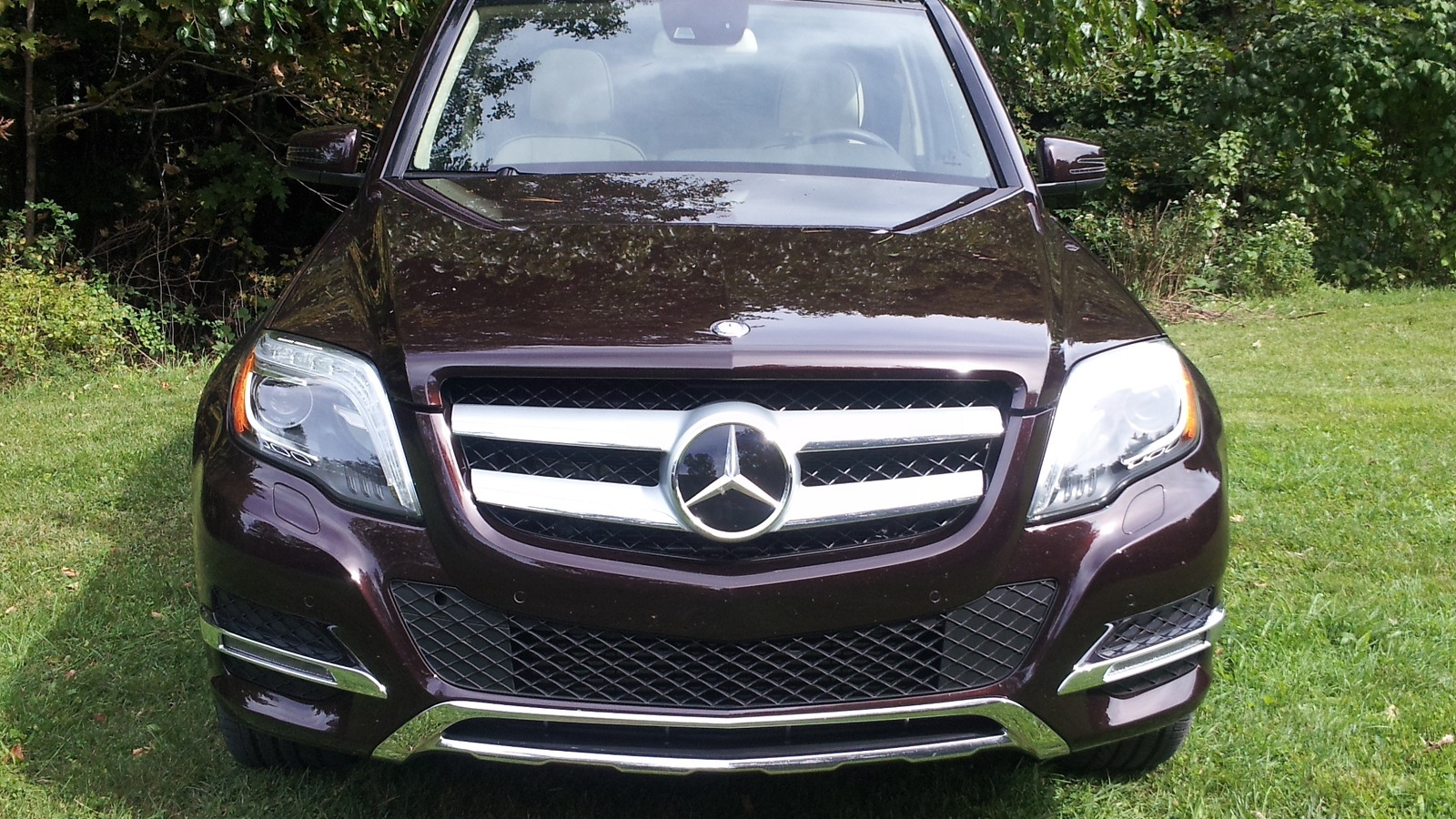 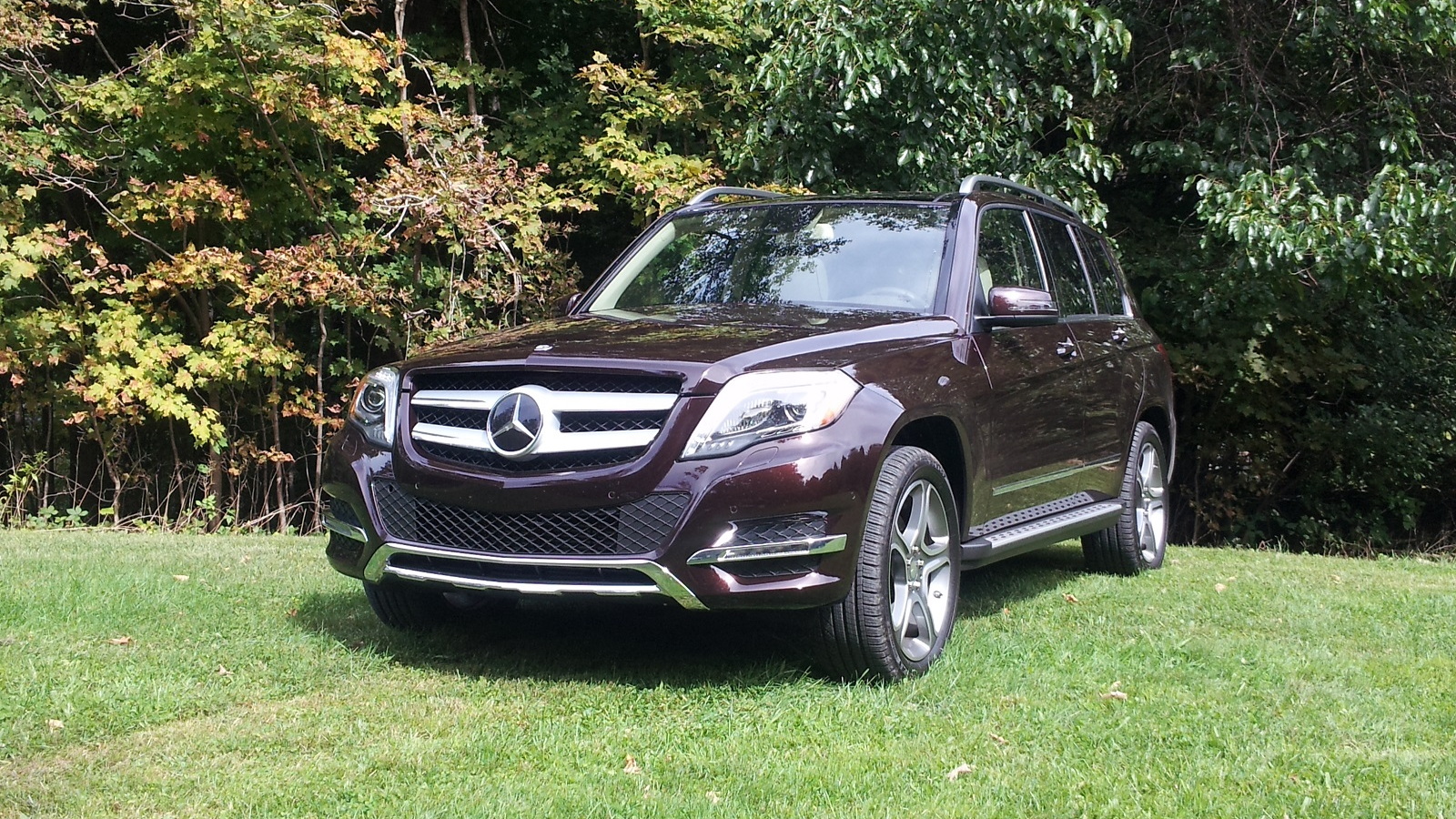 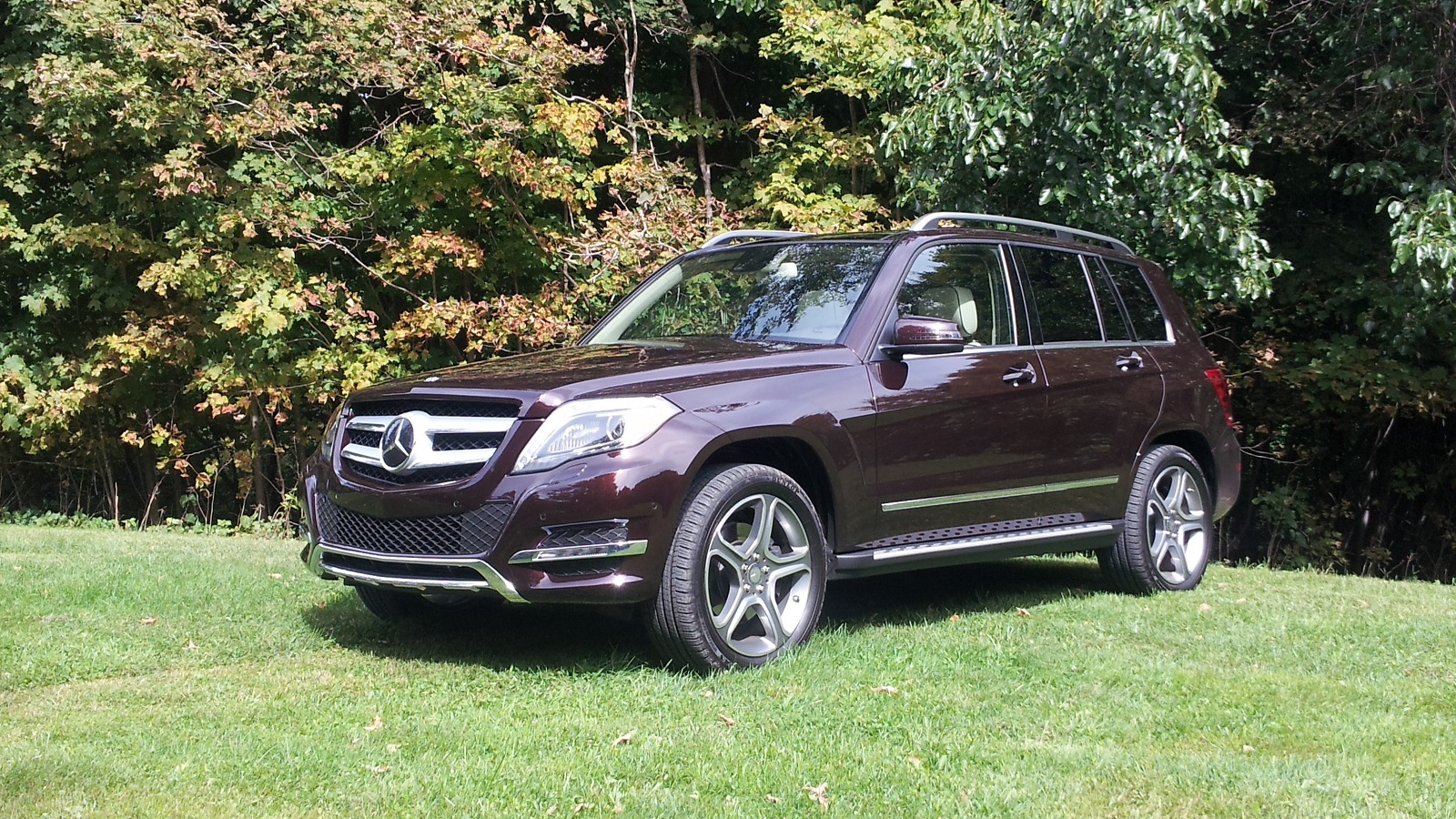 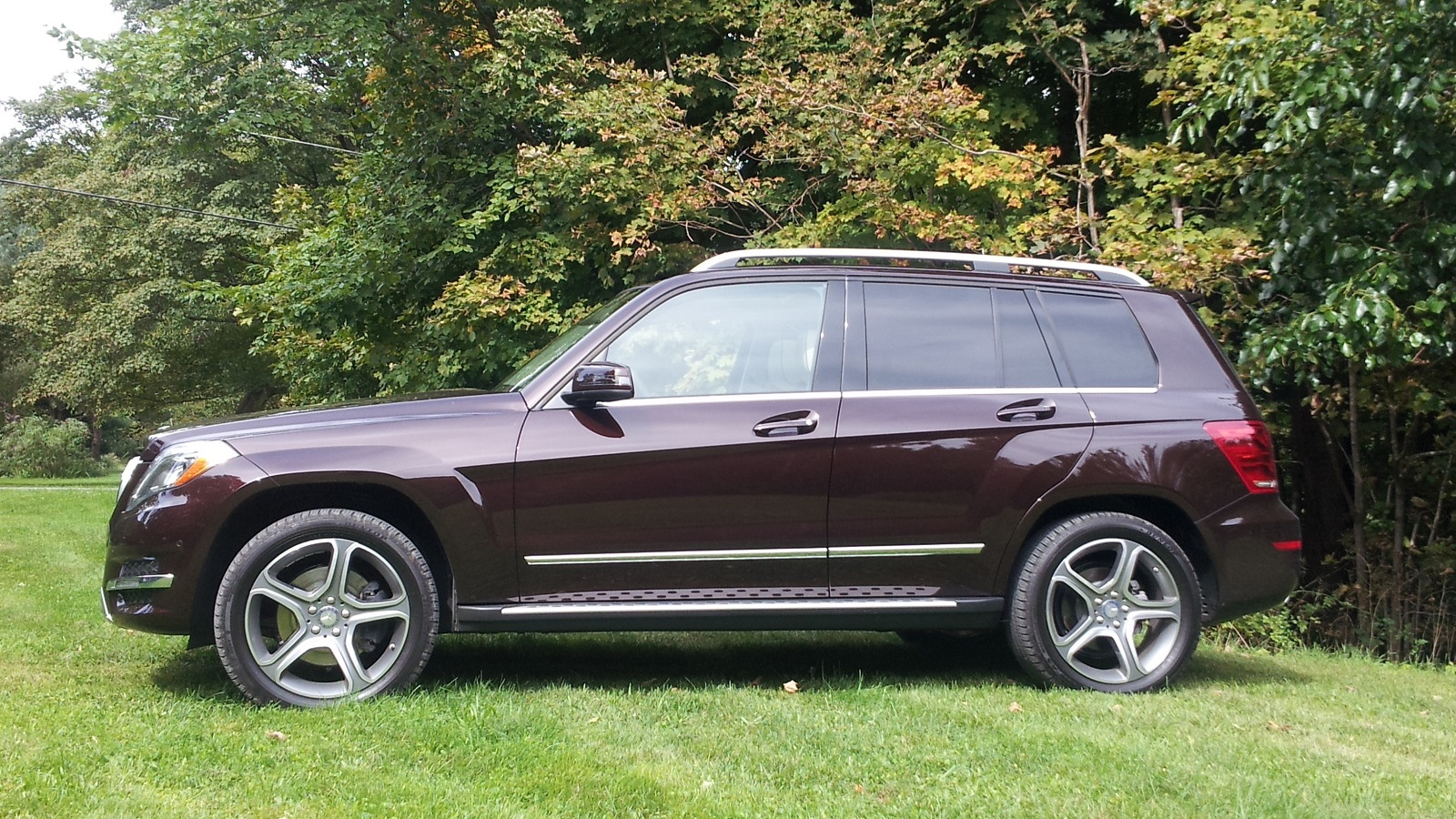 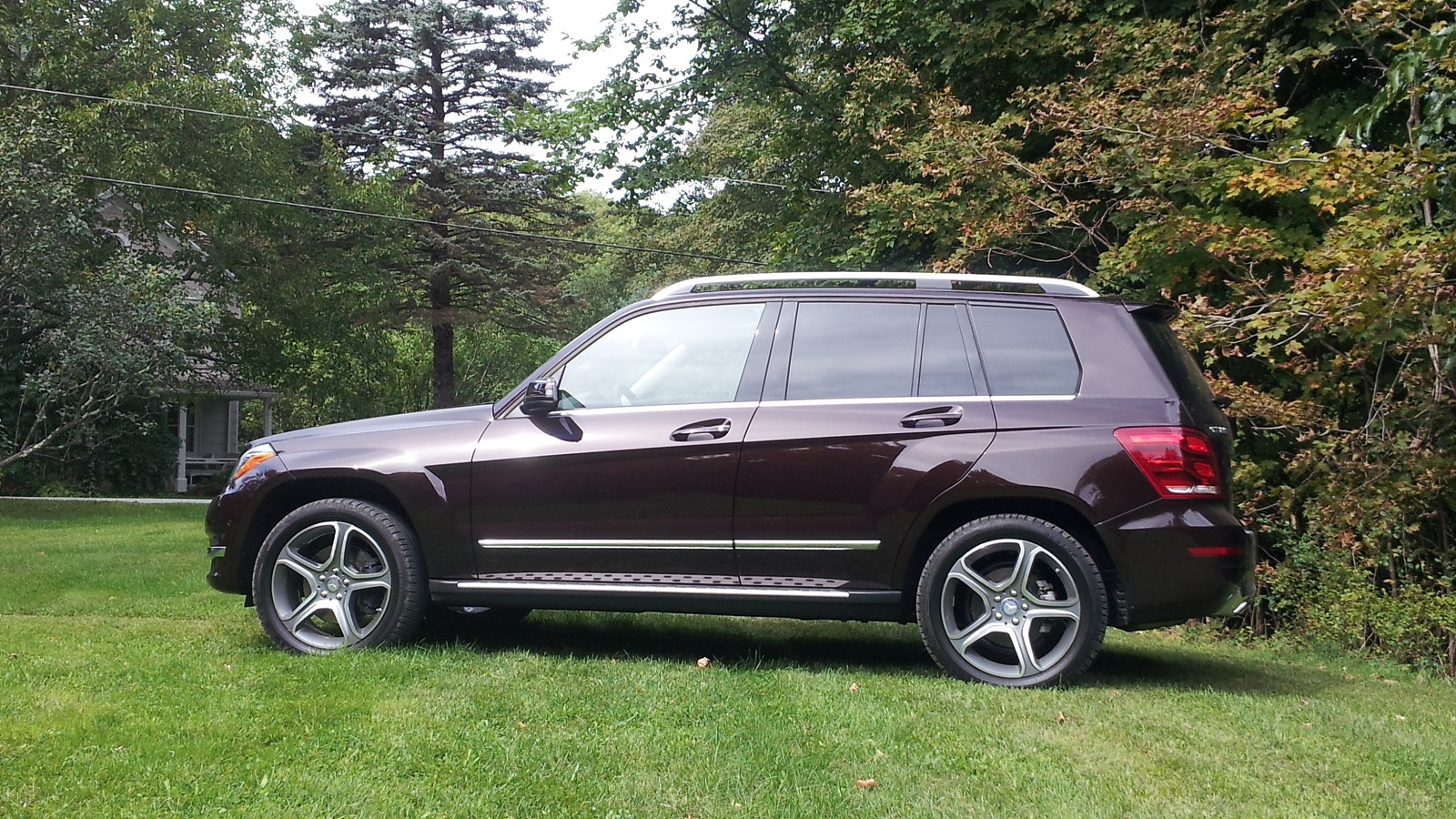 This year has seen several new diesel passenger vehicles hit U.S. roads, and last fall, we were able to spend a full weekend with the 2013 Mercedes-Benz GLK 250 BlueTEC 4matic crossover.

We'd driven the luxury compact utility vehicle for a day last spring, and enjoyed it--but we wanted to put it through our usual drive cycle to see what kind of fuel economy it would return.

The diesel GLK, with standard all-wheel drive, is rated by the EPA at 28 mpg combined (24 mpg city, 33 mpg highway).

Over our usual test route, covering a total of 287 miles with about two-thirds highway travel and one-third local running around town, our diesel GLK delivered a stated fuel efficiency of 33.5 miles per gallon.

Based on those results, we'd expect real-world figures to come in at a consistent 30 mpg--perhaps higher--showing once again that many diesel cars exceed their EPA fuel-economy ratings.

That 30-plus-mpg figure is about half-again as efficient as a gasoline GLK 350 model, which is powered by a 3.5-liter V-6 engine and rated at 21 mpg combined--with either rear-wheel drive or 4Matic all-wheel drive. It recommends premium gasoline, to boot.

The Mercedes-Benz GLK is a very quiet vehicle at speed, and we found it extremely comfortable as a long-distance highway cruiser. The same applied to a full-size diesel Mercedes-Benz S 350 BlueTEC sedan we tested in the summer of 2012.

But we noticed some turbo lag when driving the GLK in stop-and-go traffic; not as much as in the Chevy Cruze Diesel, but more than in the 35-mpg Audi Q5 TDI we recently tested.

We noticed some aggressive engine braking on a downhill stretch of our road before the GLK had warmed up. We also found the brakes to be a little grabby--although with 6,500 miles of press usage, that may not be attributable to the car but to its previous drivers.

The GLK was launched as a 2010 model, and the upright, square-cut styling modeled on the huge GL three-row utility vehicle is beginning to show its age. The windshield is remarkably upright for a 2014 model, though rear three-quarter visibility isn't particularly good despite the upright roof pillars.

So are the flat surfaces and angular lines of the interior--and for that matter, the genuine built-in ashtray and cigarette lighter as well, the first ones we've had in a test car in a couple of years.

But we found its cream and cocoa upholstery and trim tones especially luxurious, set off by flat silver trim, against the more typical all-black German interior.

None of the GLK's design is bad, it's just no longer consistent with the more aerodynamic and flowing lines of recent Mercedes-Benz models, especially the new CLA compact sedan and the upcoming GLA small crossover.

More problematic were a few oddities in the car's electronic systems. These all fall into the category of "luxury issues," but they too seem to highlight the car's age.

They included a reversing camera that didn't turn on the dash display--if it was off, no image displayed--and a very awkward USB outlet buried deep and invisibly in the center console arm-rest compartment, which had no small opening to allow the phone to stay handy while charging.

Finally, a Mercedes-Benz quirk we've never liked is that when starting the car with seat belts fastened, the belts tighten to pull occupants back against their seats before relaxing. It's startling, and it can be uncomfortable if someone's leaning forward to get at the dashboard.

From most to least expensive, they started with a $3,450 Premium package that added a panoramic sunroof, a power liftgate, satellite radio, auto-dimming mirrors on the windshield and driver's door, an integrated compass and garage-door opener, a 115-Volt power outlet, and an MP3 interface with cable.

For $2,950, the Driver Assistance Package provided radar-based Distronic Plus adaptive cruise control, a blind-spot assist system, active lane-keeping assistance to steer the car back into its lane if it drifted out, and Pre-Safe pre-collision preparation.

Then came the Multimedia Package, at $2,790, which included the company's COMAND display and control interface with a 7-inch color touchscreen, built-in navigation, a rearview camera, a 6-disc in-dash CD changer, and voice control for the system.

On top of all that were the rich Cuprite Brown optional paint color ($720), brushed aluminum running boards with rubber studs ($670), and keyless entry ($650), plus a $905 mandatory destination fee.

Knowing Mercedes-Benz buyers a bit, we rather suspect there will be more high-line diesel GLK models on dealer lots than "entry-level" $38,500 versions.

Nonetheless, the diesel GLK--now in its second model year for 2014--offers a significant improvement on the fuel economy of the best gasoline GLK, at a base price that's only $1,500 higher than the non-diesel V-6.