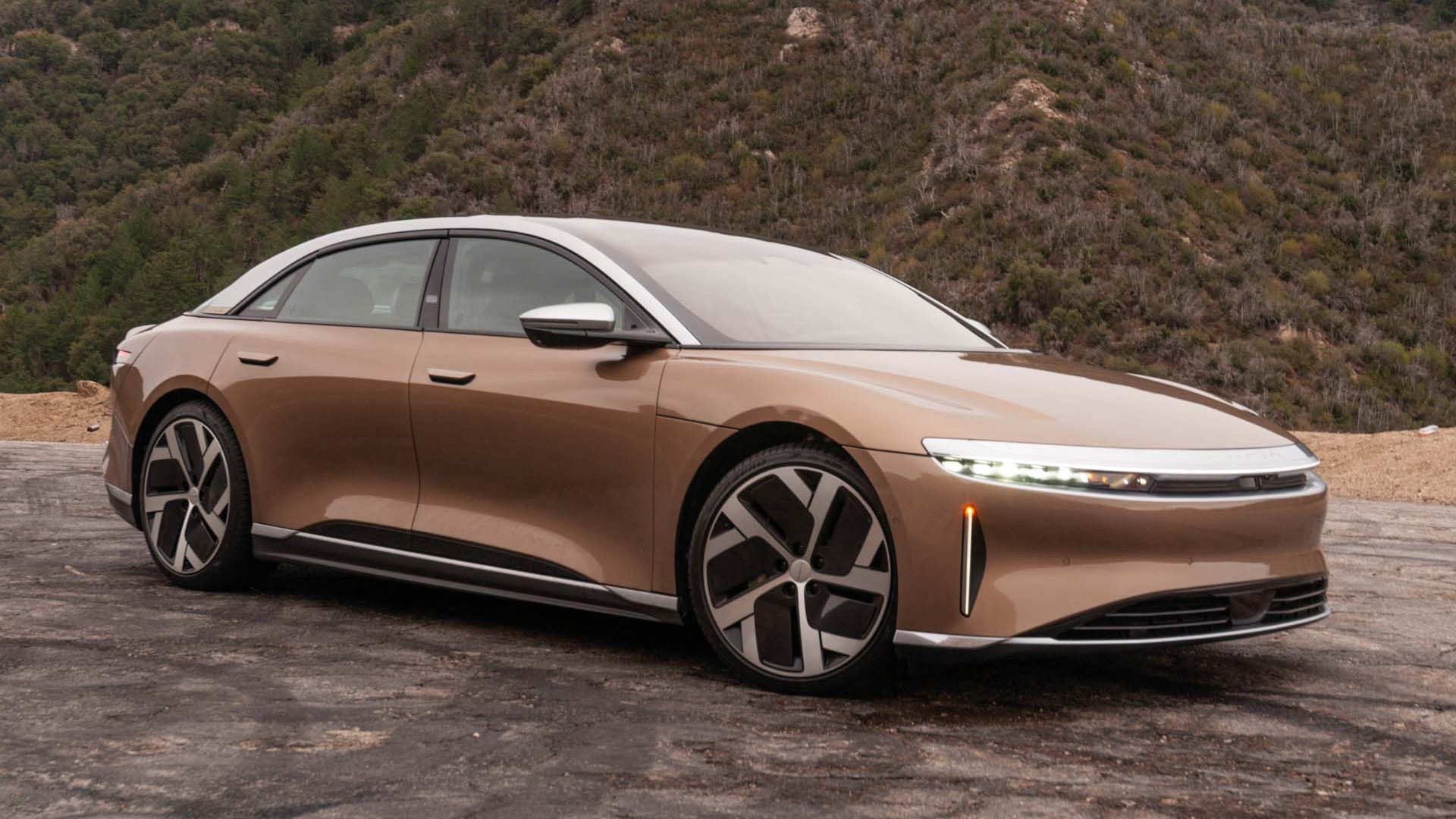 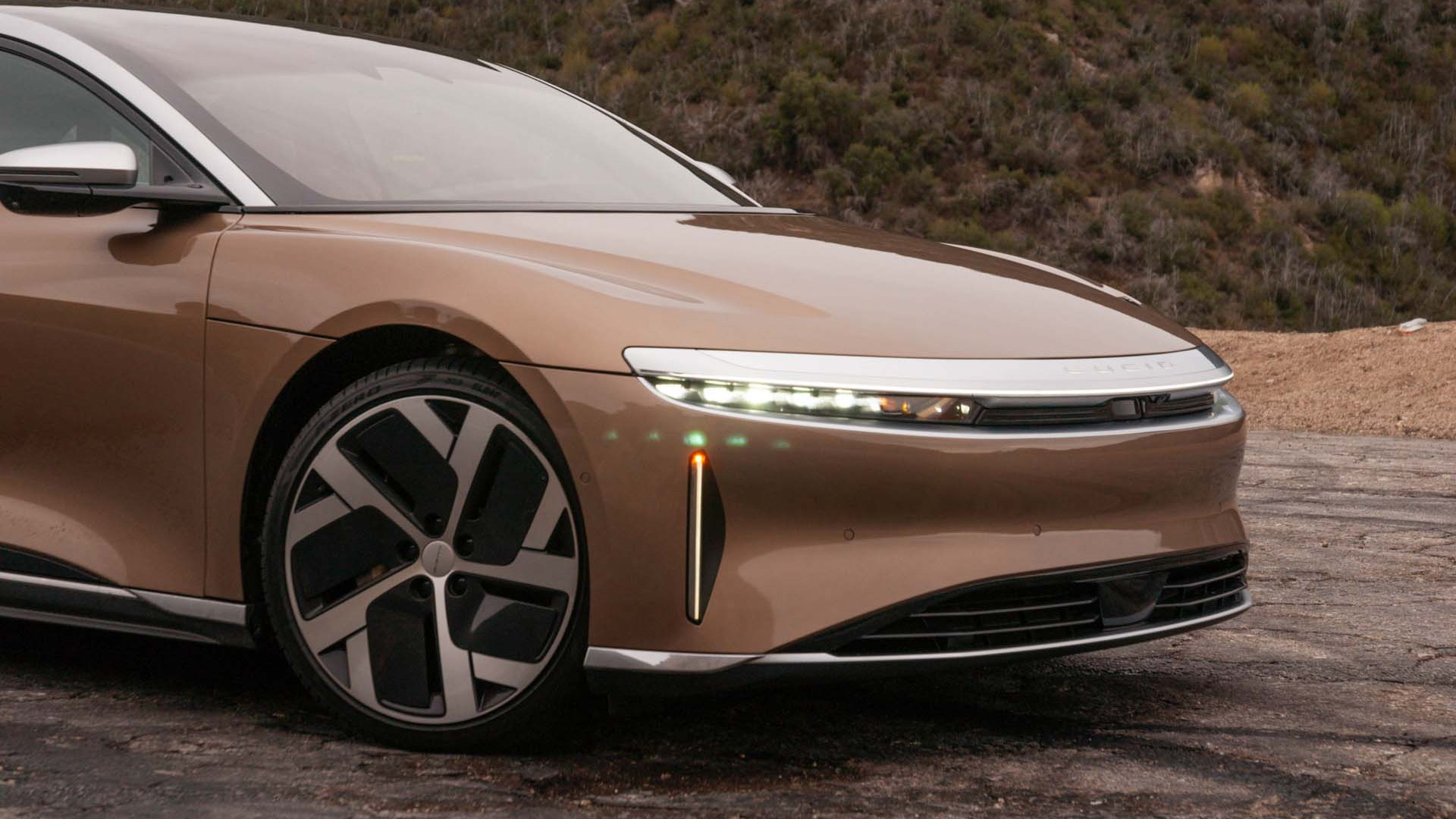 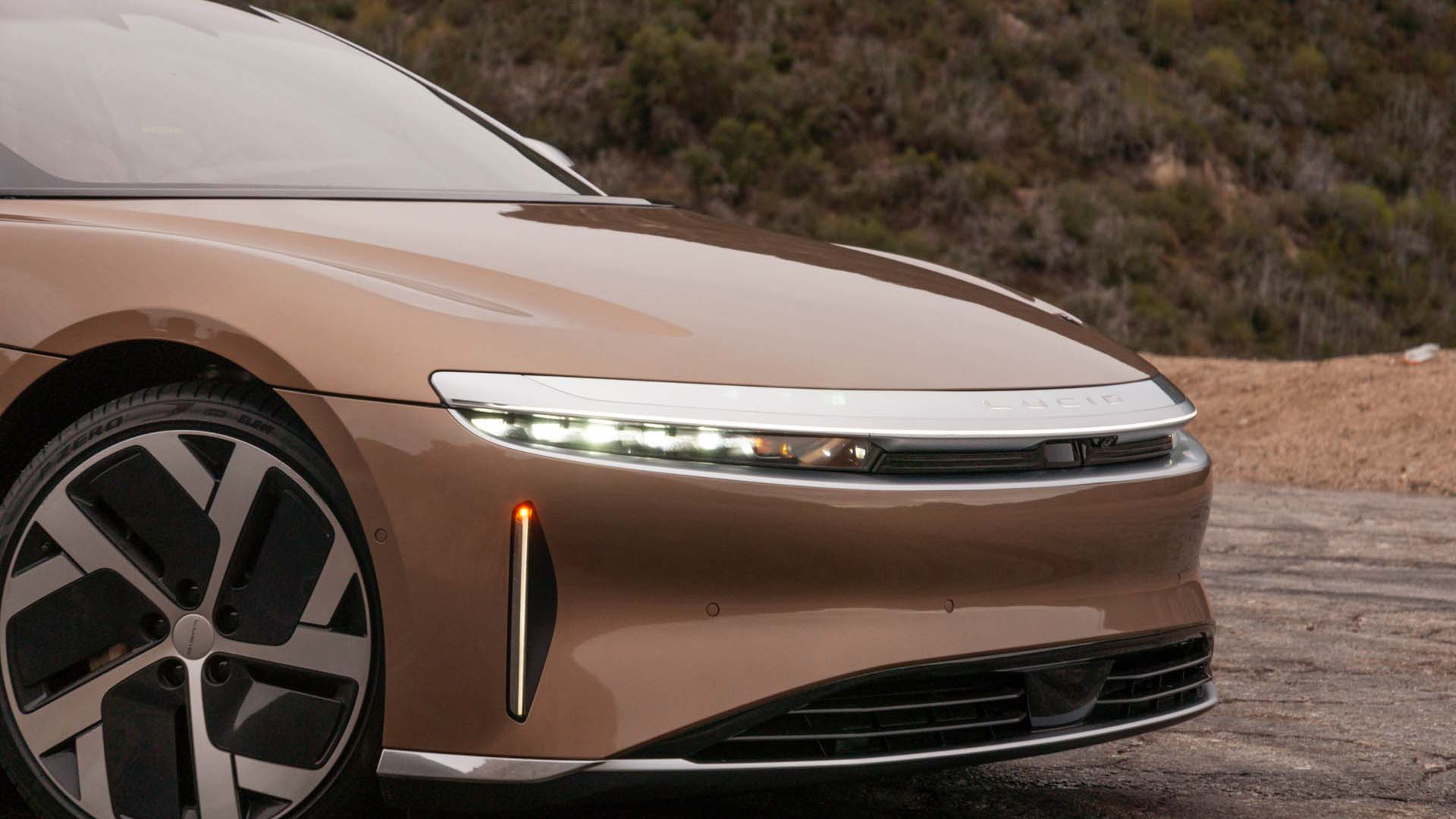 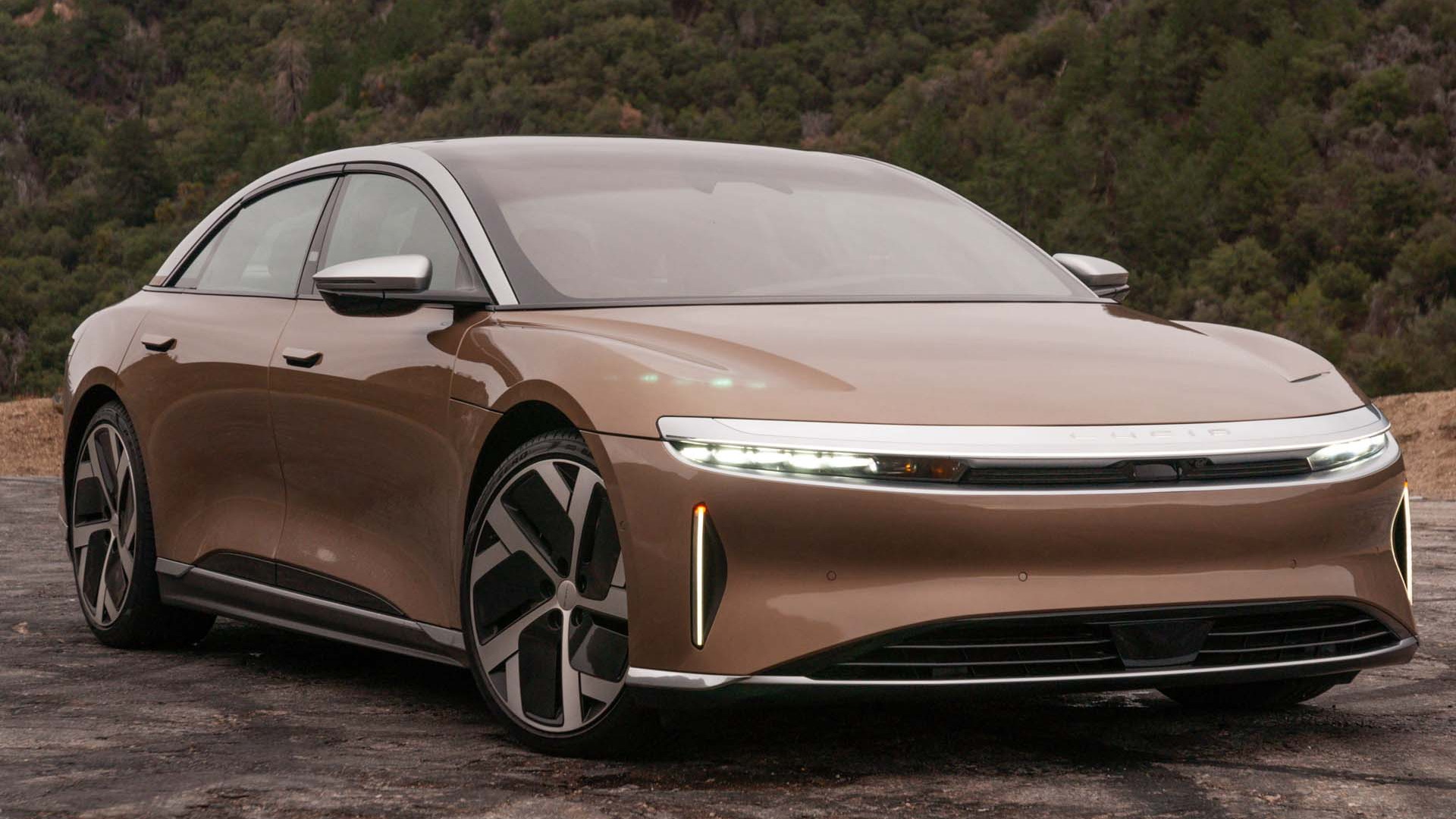 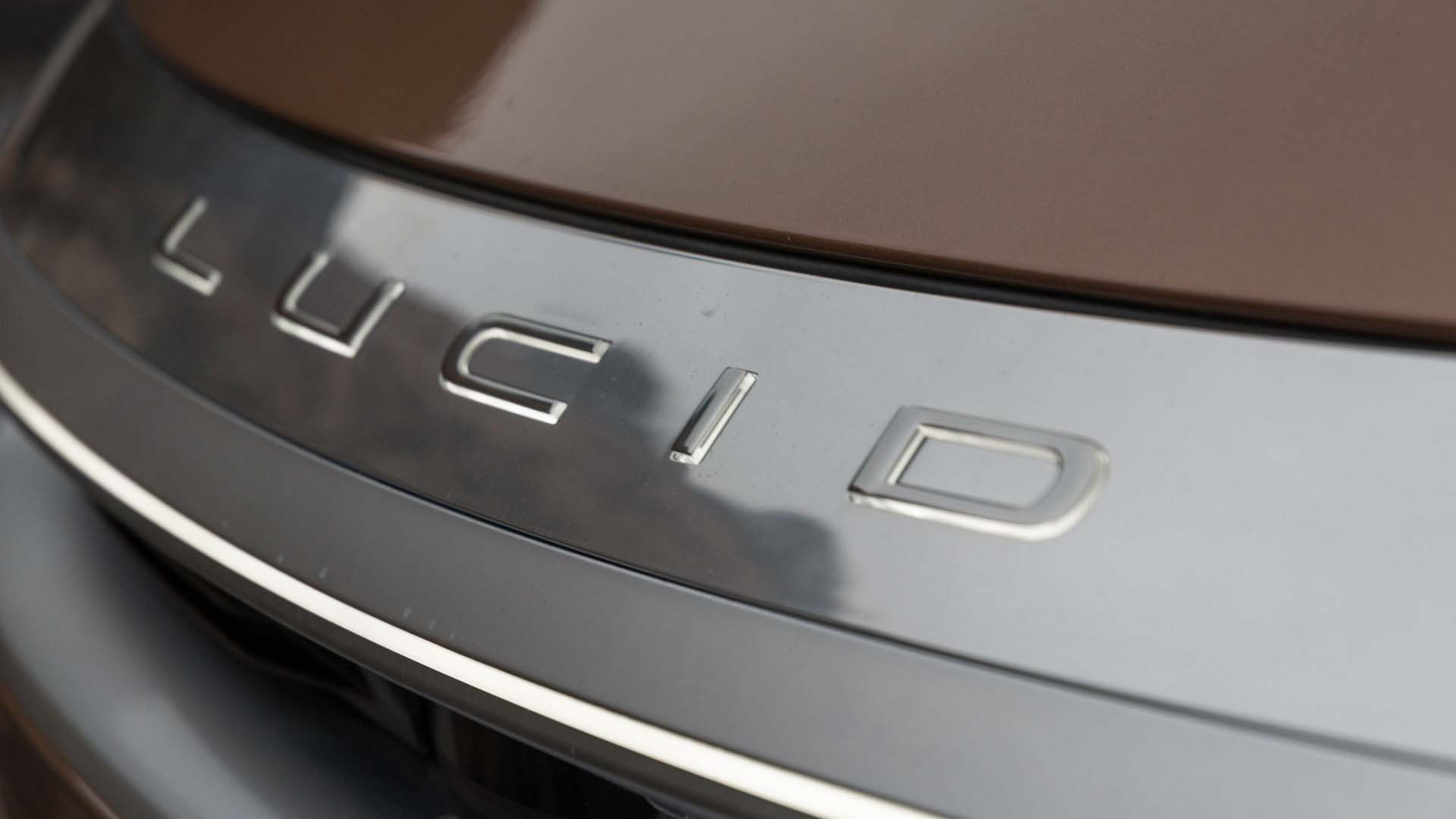 California’s Lucid has raised the bar for electric vehicles in ways that matter for affordability and EV adoption. That’s why the Lucid Air is our Green Car Reports Best Car To Buy 2022.

Affordability, as part of a car that starts at $170,000 in its debut Dream Edition guise? Yes, and we’ll explain why.

With an EPA-rated 520 miles, the Air sedan manages to beat the Tesla Model S in range and efficiency. It offers up to 1,111 hp, which exceeds the Plaid's 1,020 hp. And it can make shorter road-trip charging stops, with up to 300 miles restored in 20 minutes. Further, it presents a holistic reinterpretation of luxury and design that, even from the launchpad, is a formidable challenger to existing luxury brands.

It’s also charming to drive, with a graceful and responsive character that matches the beautiful exterior—seemingly influenced by aircraft and French design and offering what might be the best-ever take on a long, low, cab-forward style. The bright, welcoming interior feels premium in the sense of Volvo or DS, and you can sprawl out in the seats, front or back, a proof point for how much space you can free up in a clean-slate design that frees itself of what Lucid design VP Derek Jenkins has called “legacy thinking.”

The Lucid Air alone easily offered enough game-changing aspects to earn a place as one of our Best Car To Buy finalists, which also included the Hyundai Ioniq 5, Mercedes-Benz EQS, Rivian R1T, and Volkswagen ID.4.

A big part of our award has always rested on the potential of a model to spur Big Change. Whether that’s by selling a lot of efficient vehicles, by disrupting a segment, or by providing game-changing technology moments, all of our previous winners express one or more of those core values extraordinarily well.

Among this cohort, the Rivian R1T is the segment disruptor, and it’s our close runner-up, in a choice that was not unanimous among our editors. As the genesis for off-road-focused electric trucks, with mass-market appeal, the R1T beats the Tesla Cybertruck and Ford F-150 Lightning to market, and it does so with a cohesive brand vision. Much like Tesla did with the Model S when we chose that, it sold us on the viability of the format, with a near flawless electric truck that will, like Tesla, eat into premium-priced truck market share—and in this case, Jeep, Toyota, Land Rover, and others, if they don’t move fast to electrify.

At face value, the Air is not a volume entry—although more affordable versions with more than 400 miles of range are coming in the next year, starting as low as $77,400. For Lucid, the Air is the company’s statement of purpose, the shiny, must-have object that got the company funded, got revenue flowing, and gave the company the best chance of being viable. It doesn’t exactly disrupt its segment like the original Tesla Model S, but it’s the technology within that’s a potentially game-changing moment for the industry. The compact, power-dense motors, proprietary inverter technology, and space-efficient battery packs are all ready to scale into much higher-volume models—perhaps for other automakers, and for its own future energy storage business.

Lucid started as a battery company and has supplied the pack that powered Formula E racing for three seasons. And yet unlike Tesla and Rivian it doesn’t aspire to build its own cells.

If cells are the commodity, it’s what Lucid does with that commodity that’s its ace in the market.

Peter Rawlinson, Lucid’s CEO and CTO, who a decade ago was the chief engineer of the Model S, doesn’t like the idea of “off-the-shelf” components for electric vehicles, and believes that Lucid’s strengths lie in the harmony of it all—the design, packaging, performance, and extraordinary work prioritizing efficiency in the Air.

All the work on the harmonious whole shows in the Air. Rawlinson teases that what might be seen as a sort of “engineering purist play" may prove fruitful in the end, as production ramps up and the same harmonious approach is applied to subsequent vehicles, each higher-volume. The Gravity SUV will be enabled by a Phase 2 expansion at its Casa Grande, Arizona plant within the next year or two, then a third step including a Tesla Model 3/Y-sized vehicle and expansion up to 365,000 units annually will come later in the decade. A pickup and coupe are also in the plan by 2030.

The steadfastness of Rawlinson’s focus on efficiency—and Lucid’s continued development on its core component set through financial difficulties—has led to what we see as a top-notch result that could be applied to millions of more affordable vehicles over the long run.

Lucid is essentially betting on a future in which the vehicles that can smartly do the most with the least energy are the winners. And if you can afford a vehicle like the Air, we’d encourage you to do the same. Given our focus at Green Car Reports, that’s what makes Lucid a winner.