All electric cars experience some range loss in cold weather, but many factors can affect how much, according to a new report from battery analysis firm Recurrent.

Range loss is an inevitable result of cold temperatures for two reasons, Recurrent noted. Cold temperatures slow down the chemical reactions in battery cells, and because they don't have heat-producing engines, EVs must use additional battery power to warm their cabins. Beyond that, though, there can be major differences between models.

A crucial element is the availability of a heat pump, which can warm the interior without drawing as much power from the battery pack. Recurrent's data showed that the heat-pump-equipped Audi E-Tron and Jaguar I-Pace generally retained most of their EPA-rated range in winter. 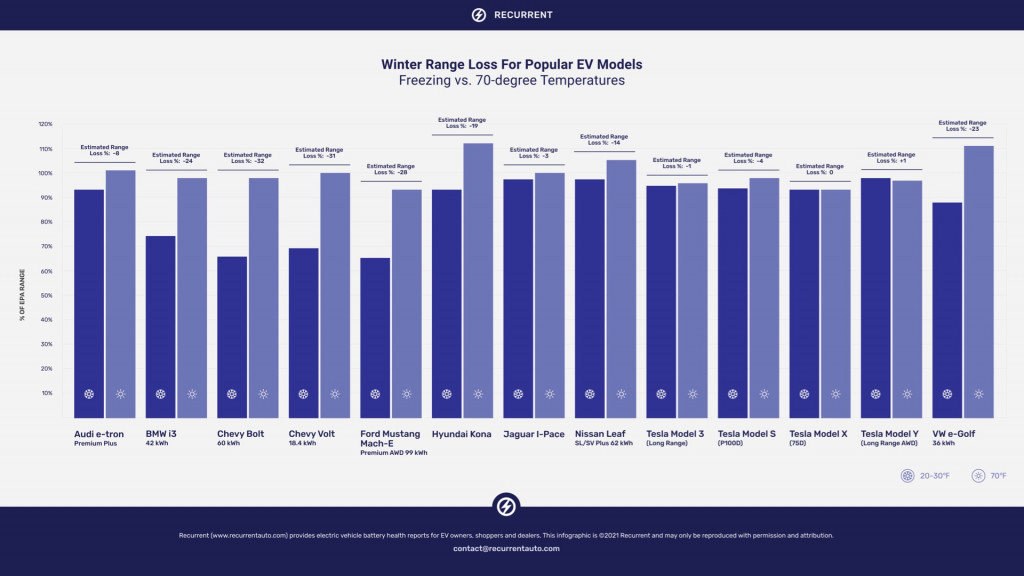 Some EVs also have active thermal management systems that can keep a battery pack warm during cold weather, but these can also drain power. The Chevrolet Bolt EV owner's manual recommends keeping the car plugged in when it's very cold or hot to prevent this, Recurrent noted. The company makes the same recommendation to Tesla drivers, because these cars have particularly active thermal management systems.

To preserve as much range as possible in winter, Recurrent also recommends pre-conditioning the climate control and battery pack (if your car has that capability) and using a heated steering wheel or seats instead of the climate control to reduce energy demand.

It's also worth considering other aspects beyond range, Recurrent noted. EVs won't charge as quickly in cold weather, and it may be a good idea to turn down the level of regenerative braking for better control on slippery roads, the company noted. 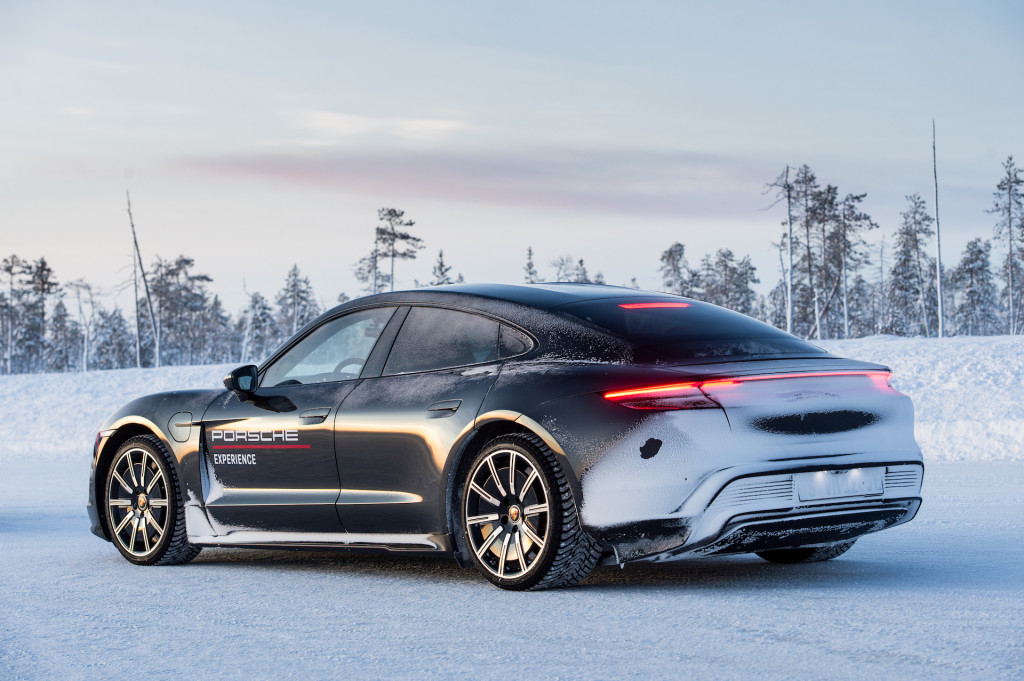 Recurrent specializes in battery health reports for EVs, with aims to help stabilize the used EV market. That market has been quite volatile, partly because of concerns over battery degradation and cold-weather range.

As noted above, heat pumps are a significant addition for anyone looking to cover long distances in an EV in winter and stay warm. Traction and ground clearance are of course the other priorities for winter driving, as is a feature set that includes items like a heated steering wheel, heated seats, and other comforts that might lead you to use the cabin heat a little less.

A Norwegian test in 2020 also underscored that useful, predictable range at the low end of battery charge is also important, so that drivers know where they stand in real time.