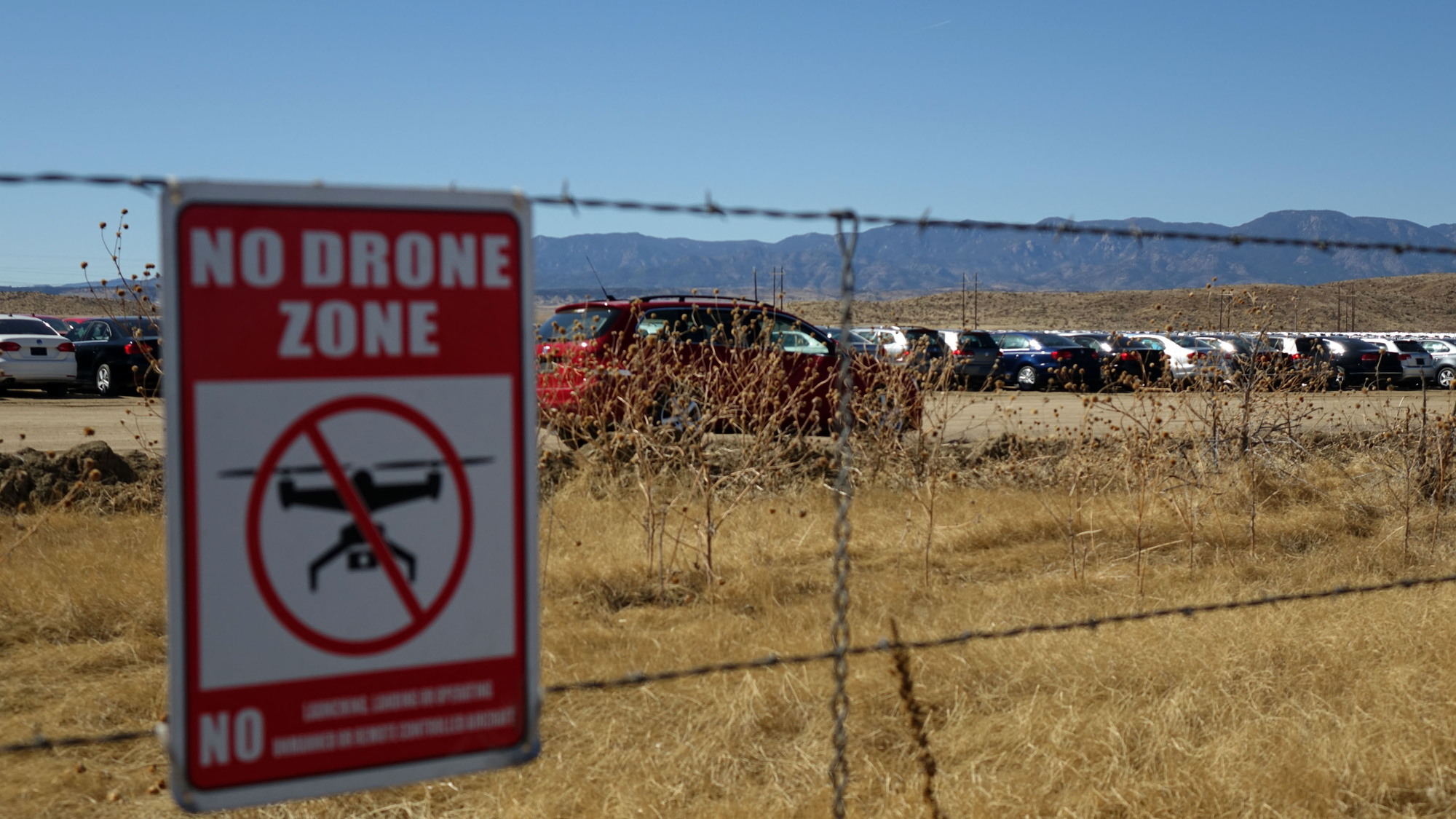 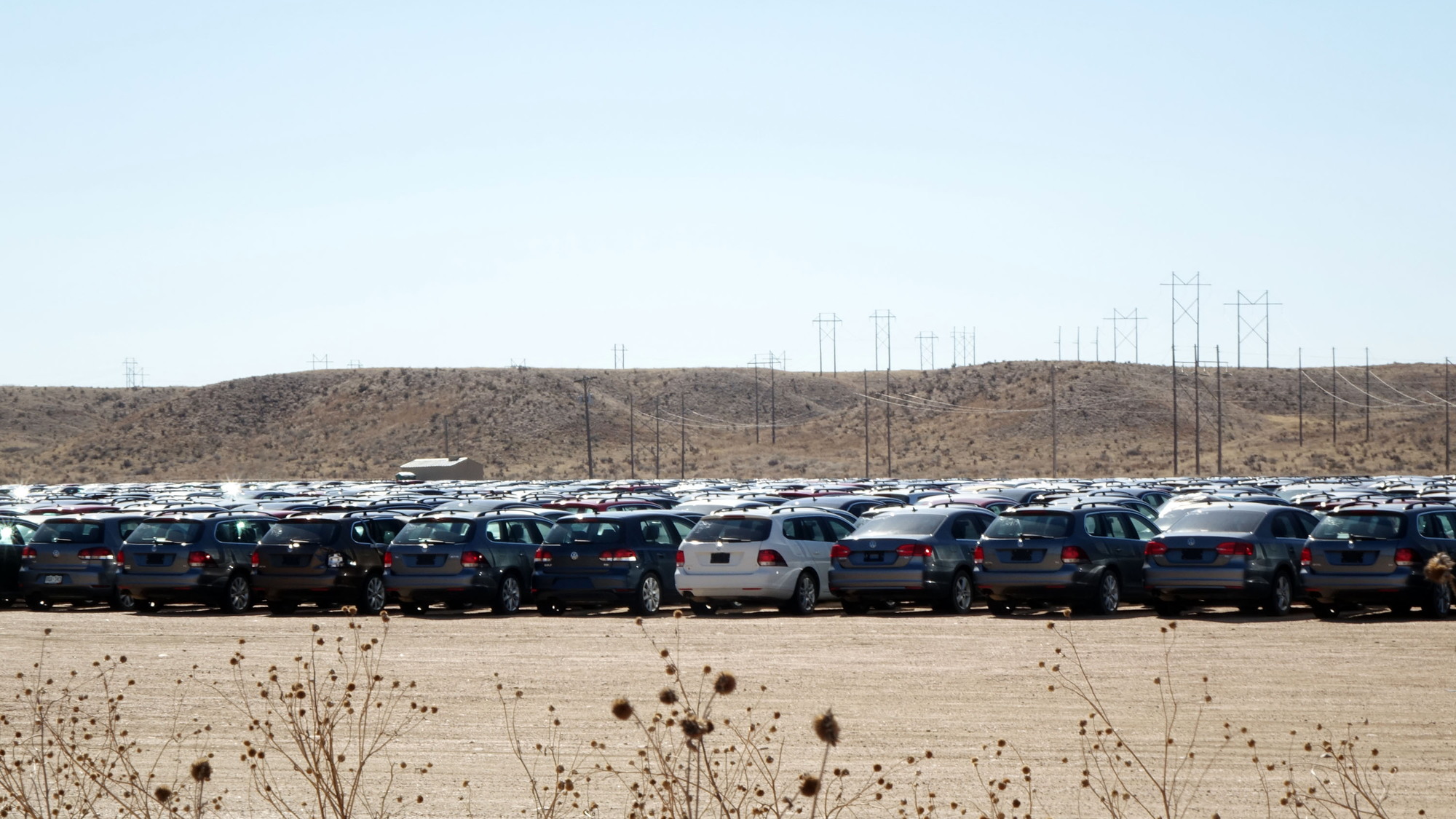 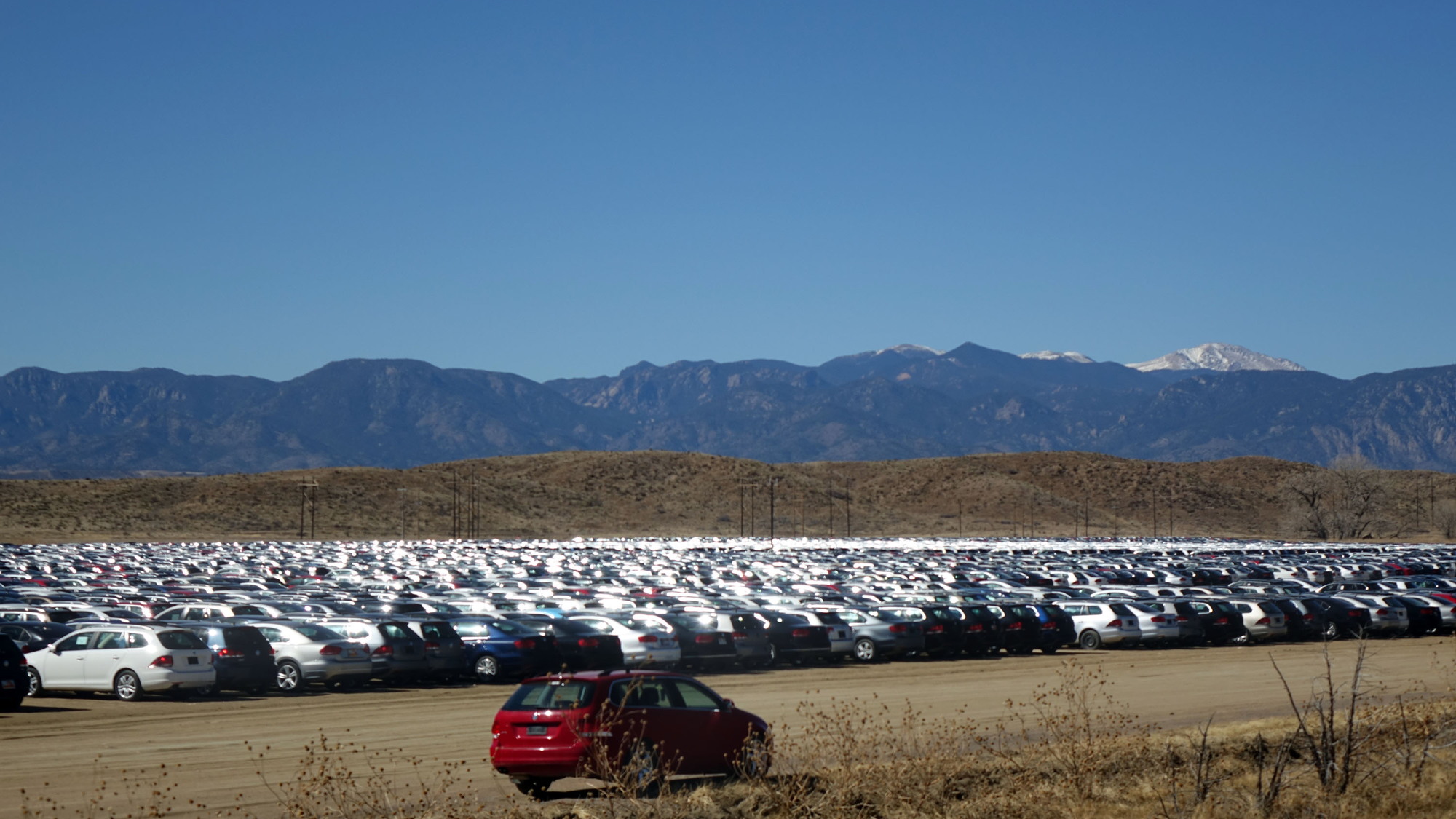 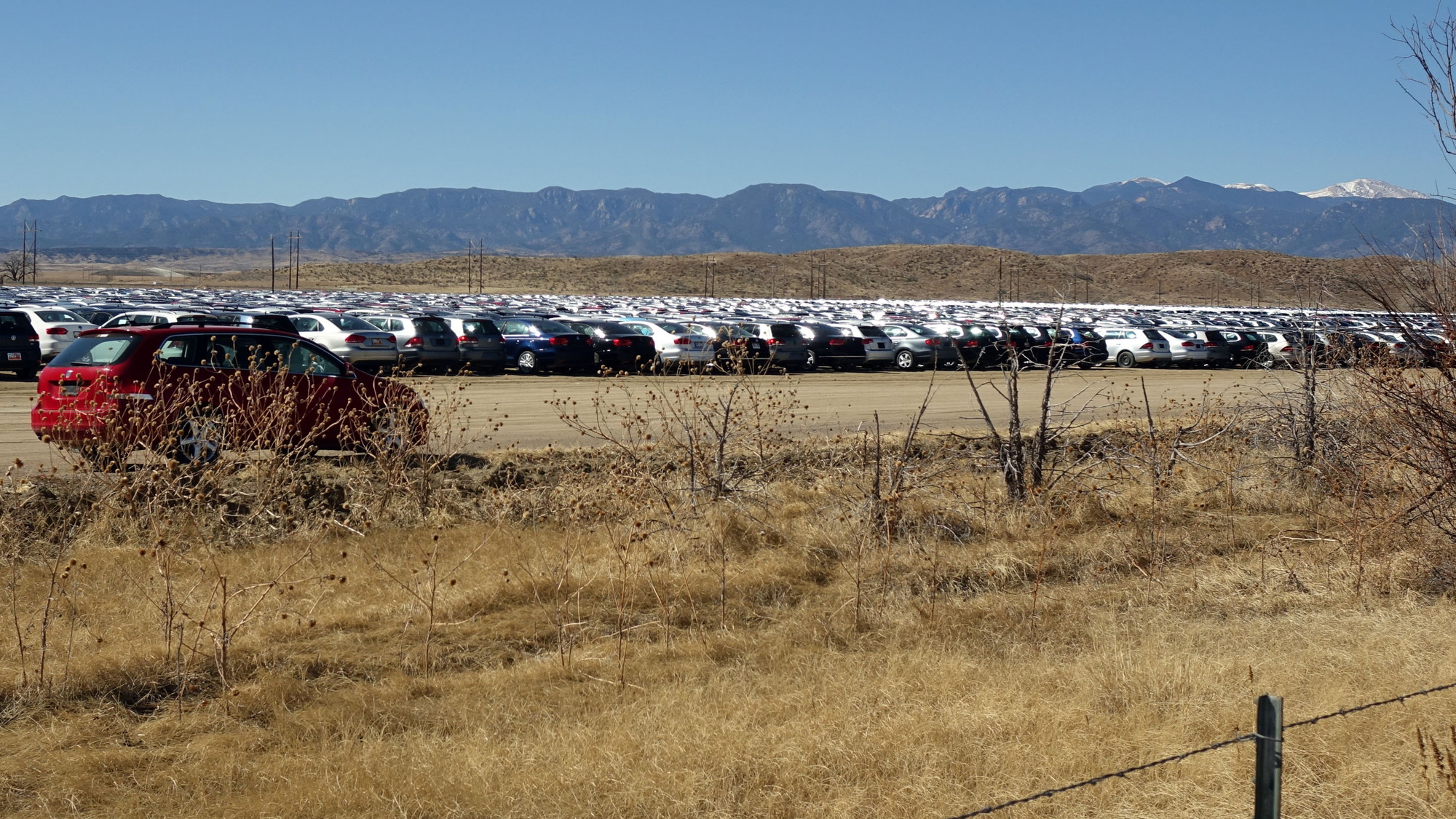 It might be the world’s largest single-company junkyard and pick-a-part business, if not for the prominent "No Trespassing" and "Drone-Free Zone" signs.

Instead, it’s a massive storage facility in Colorado for thousands of disgraced VW and Audi TDI diesel vehicles awaiting whatever fate holds for them.

At least the locale, in the shadow of Pike’s Peak, is scenic.

Thousands of cars and crossovers VW has bought back from owners over the last year now bake in a dirt parking lot outside Pikes Peak International Raceway, south of Colorado Springs, Colorado.

The buybacks came after the automaker admitted in September 2015 to intentionally cheating on federal emissions tests to get TDI diesel vehicles from Volkswagen, Audi, and Porsche certified for model years 2008 through 2015.

If the Rockies are too far a trek for you, Google Maps even has satellite images showing a less-full parking lot with the hapless Volkswagens occupying parts of it.

The ever-present high plains sun shines off of their windshields and moonroofs, making them an easy sight from well-traveled Interstate 25.

I've driven by many times, but decided to take a closer look one day recently. A highway exit leaves Interstate-25 and promptly deposits drivers on a seldom-used dirt road.

From there, the TDIs are easy to see. The only thing separating me from them was a barbed wire fence—and those ominous signs.

The TDIs are organized roughly by model. The vast majority are Jetta sedans, with a smattering of wagons and Passats in between.

An entire section appears to house the crossover SUVs caught up in the scandal, including the Audi Q7 and Volkswagen Tiguan.

I didn't see a single Porsche, but it's possible they were simply out of sight.

Some of the VW Group models will likely be retrofitted to comply with federal emissions standards and resold, following permissions granted for some models by the EPA. Perhaps others may never be.

Some of the forlorn VWs still wore license plates from nearby states—Wyoming and Utah, in particular.

EDITOR'S NOTE: Green Car Reports reached out to Volkswagen multiple times for comment, but has received no response to our queries about the cars in storage.