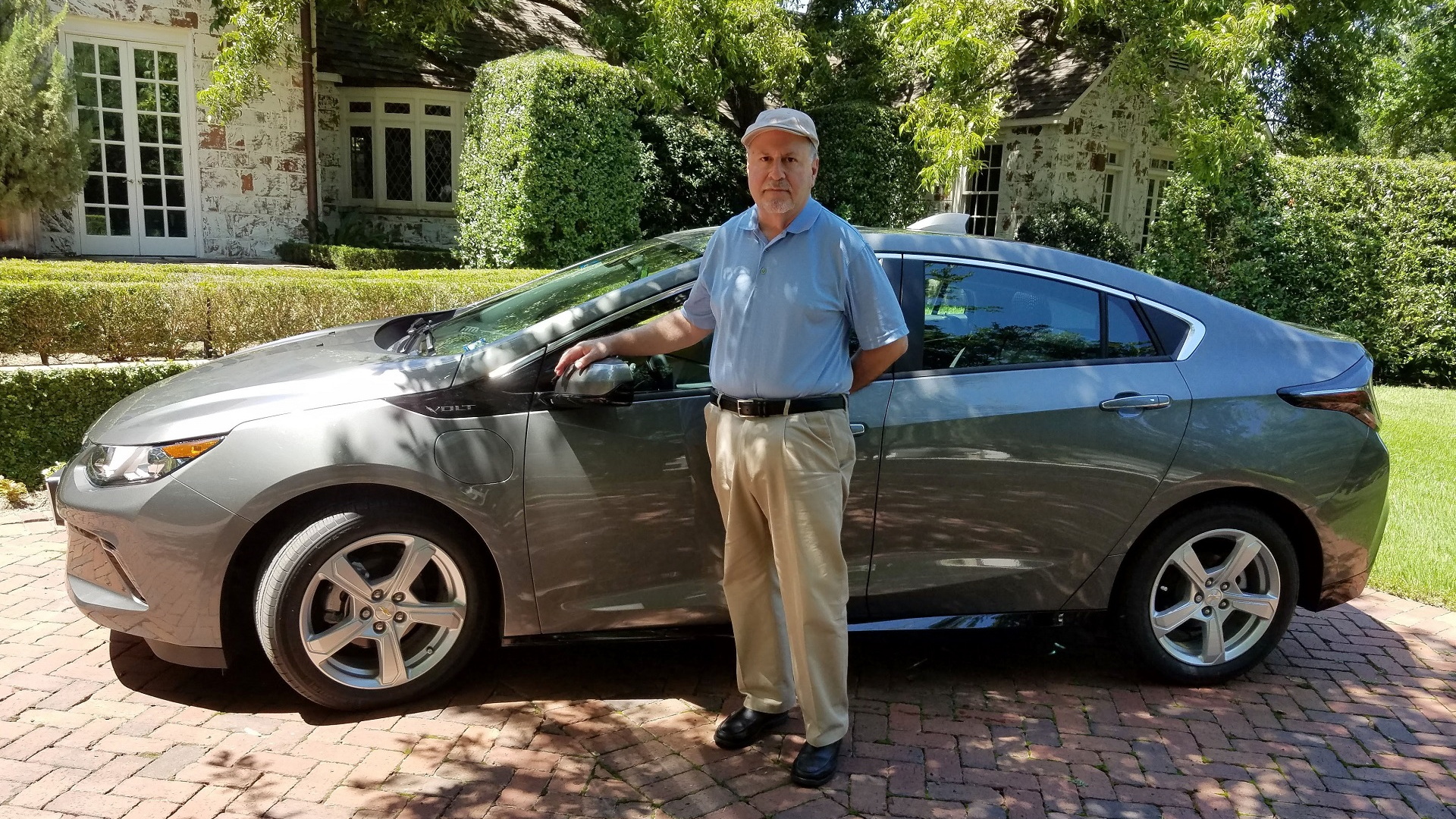 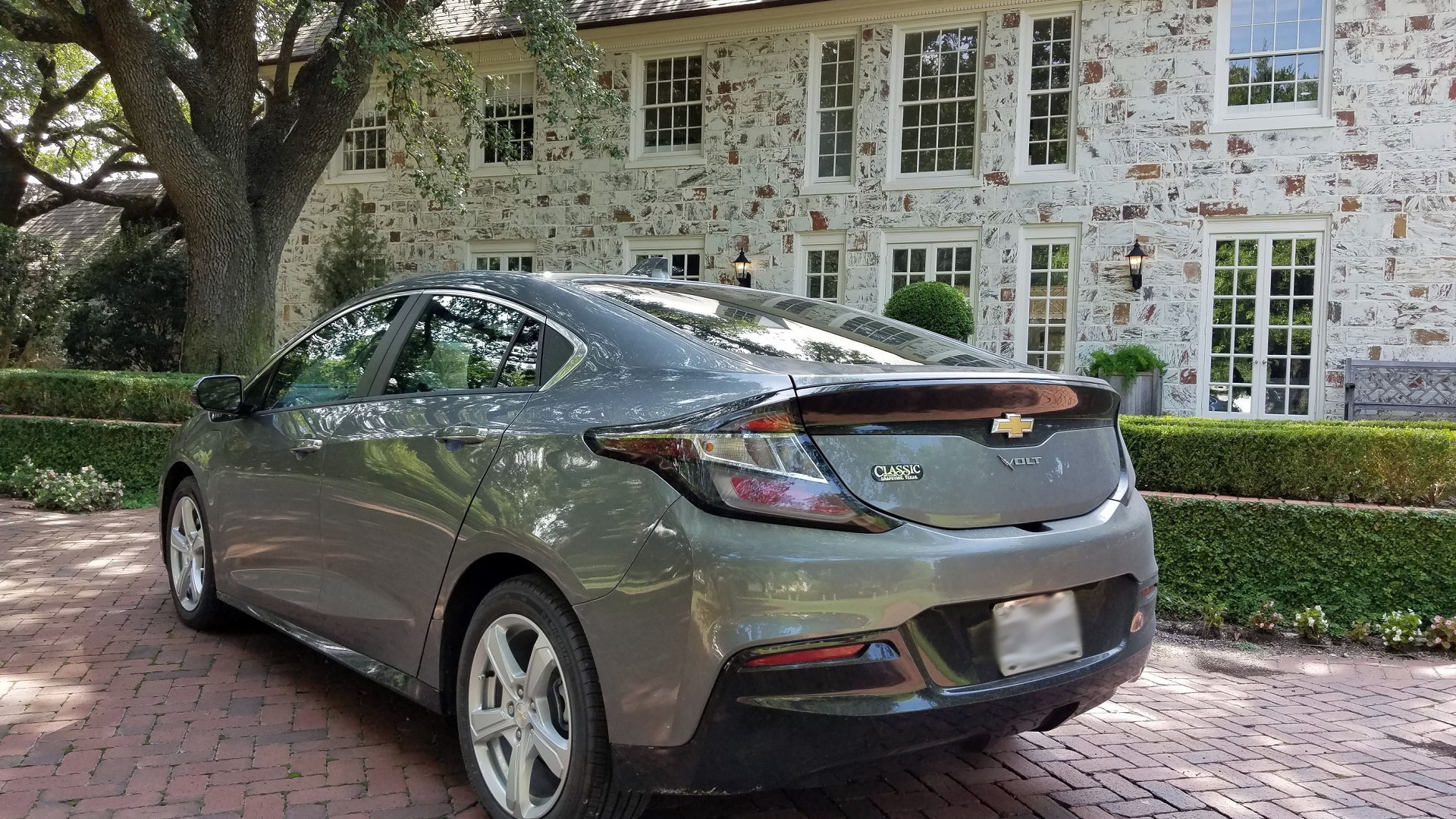 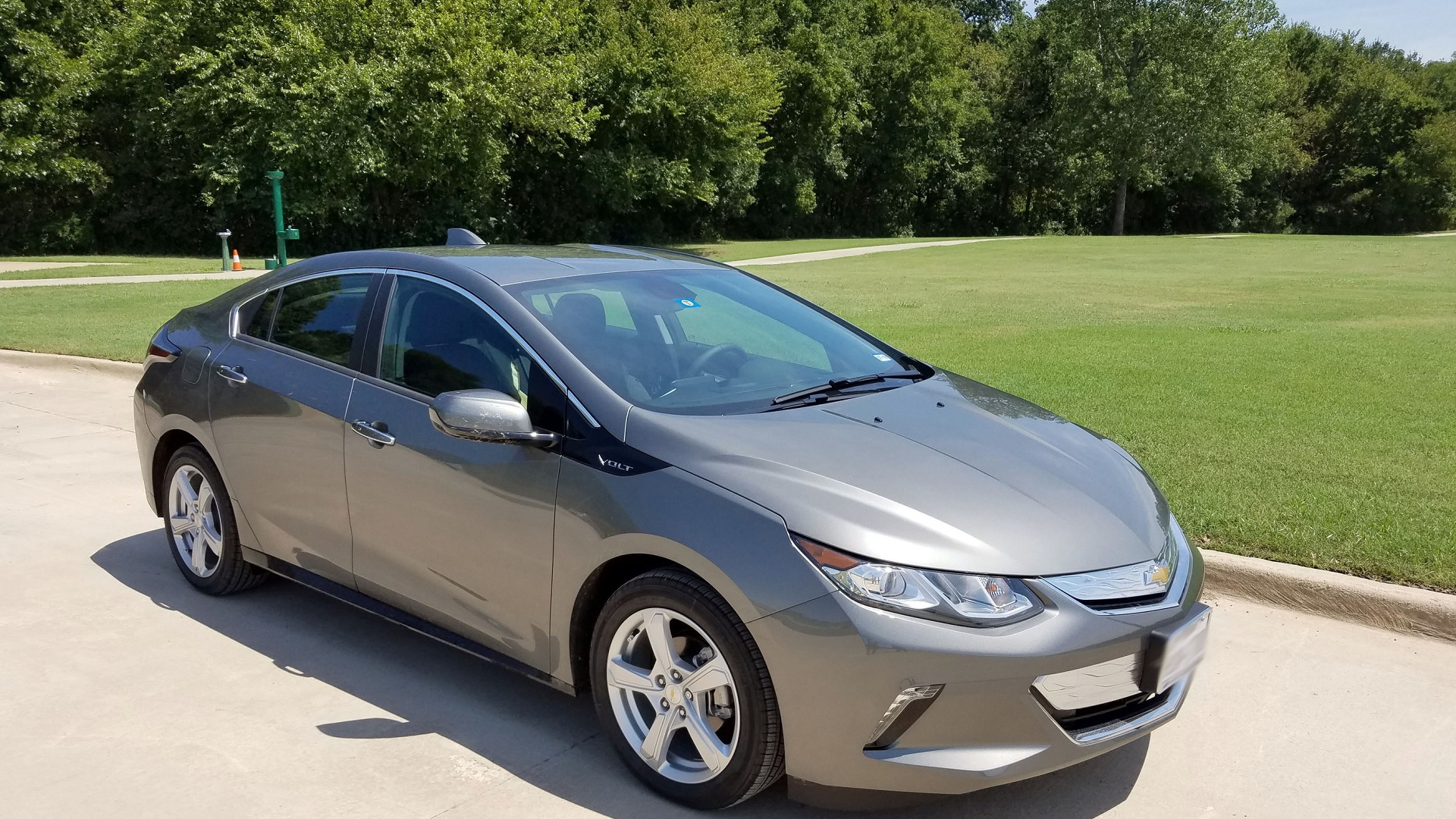 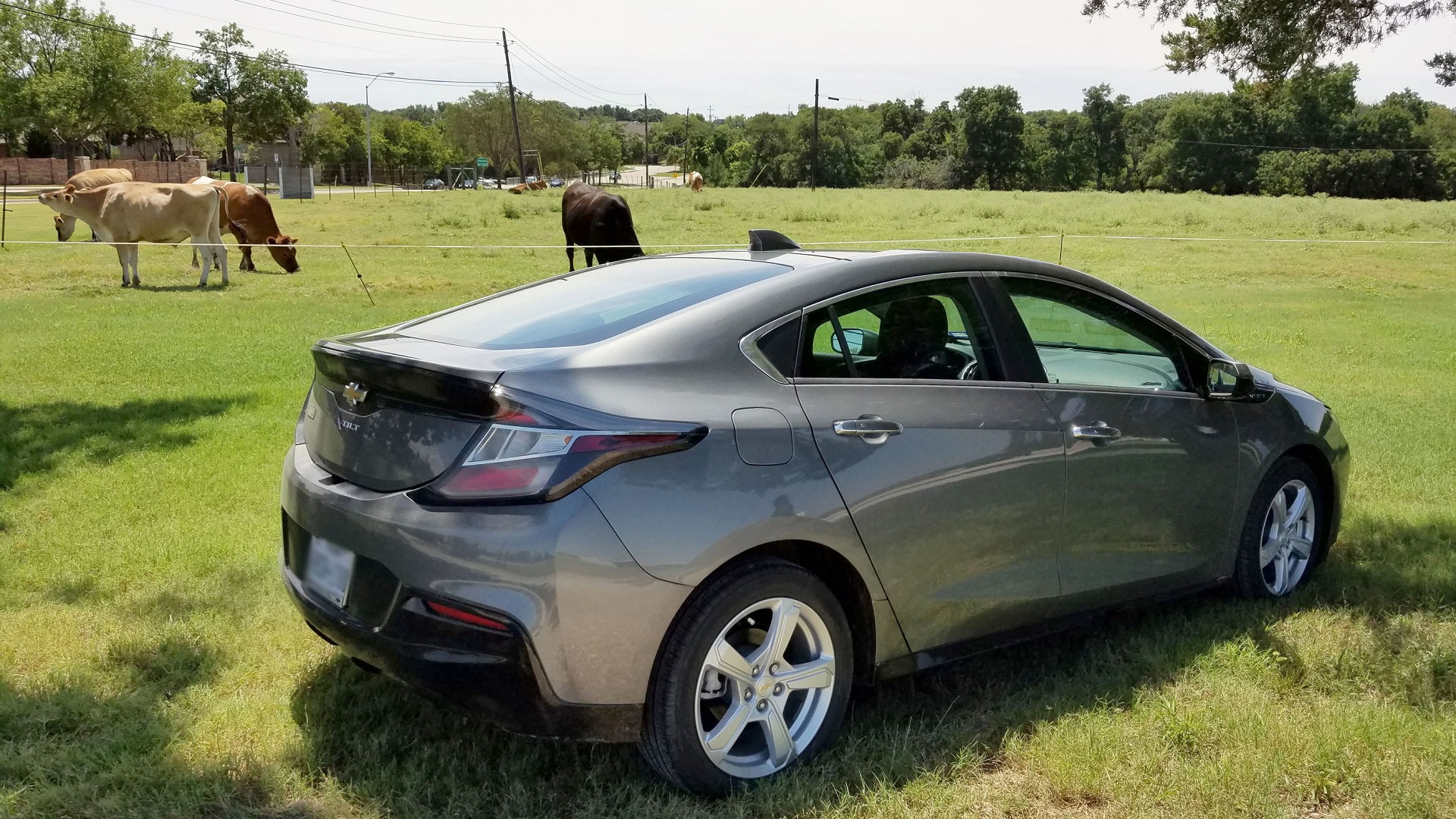 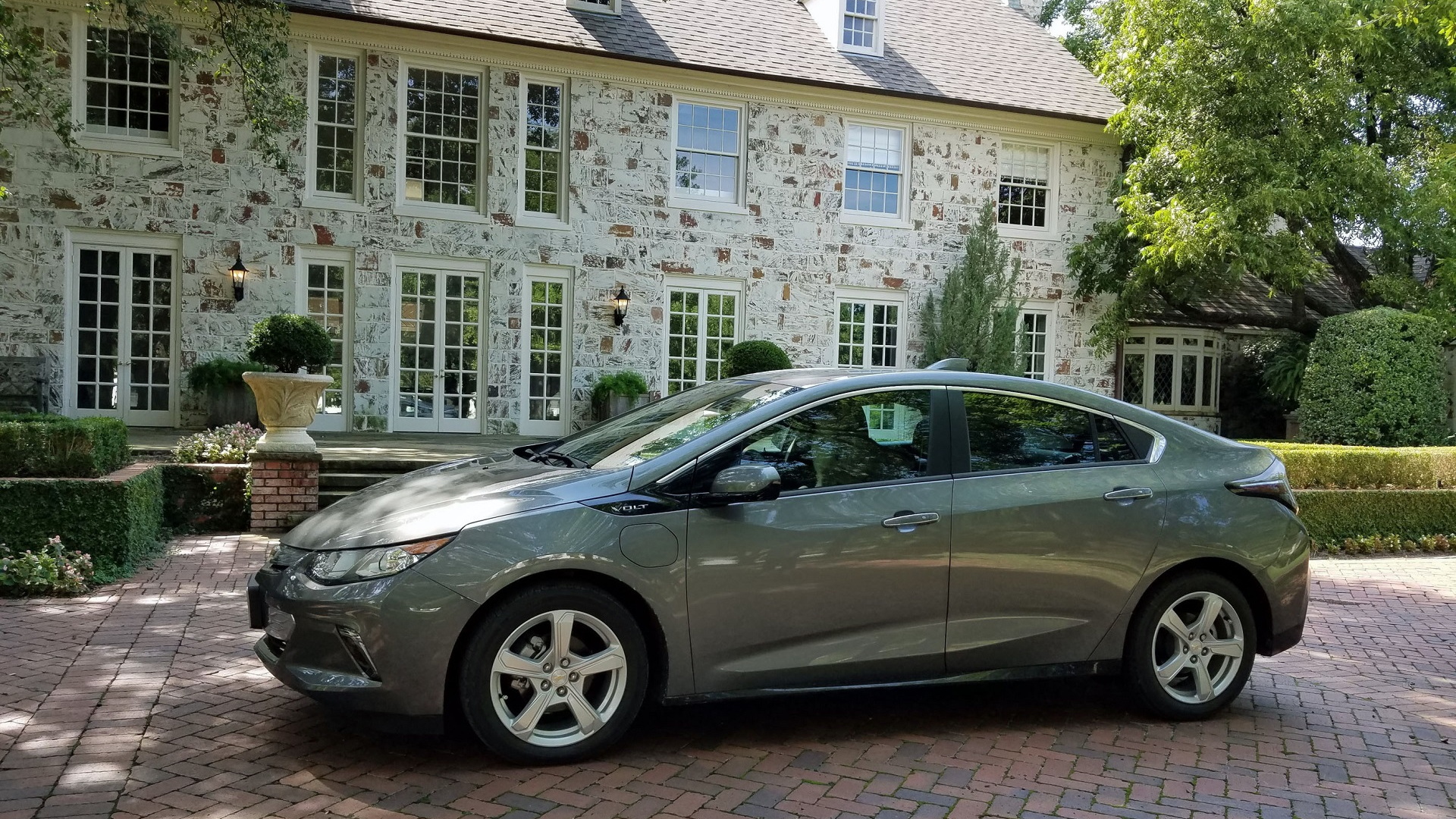 Texas is the land of pickups and SUVs, of oil wells and full-day drives from your Texas home to Grandma’s Texas home.

Your everyday driver had better be your highway car, because every drive involves a highway.

I’ve owned every size of SUV, from Chevy Suburban to Toyota Land Cruiser to BMW X1 to Subaru Outback (not exactly an SUV, but…).

[EDITOR'S NOTE: This is another in our ongoing series of articles in which buyers of green cars explain their reasoning. The author is Phil Ganz, of Texas.]

My sedan of choice for the past four years has been a Volvo S60.

My last American-built vehicle was a Mercury Explorer, although the company called it a Mountaineer.

You’ll note that high gas mileage and low exhaust emissions haven’t exactly been in the forefront of my criteria.

But I’m a bit of a tech nerd. I've owned far too many cellphones, tablets, and computers. If it helps make life easier, has a battery, and plugs in, it gets my attention.

I also firmly believe that we are negatively impacting our delicate environment. I cringe when I read that Texas is fighting the EPA on just about every level.

I live deep in the heart of coal-burning power plants, oil wells, and rampant fracking. And, Al Gore tells me I’m not helping.

Actually, I leased a Volt.

My fear (or anticipation) of technology advances over the next few years led me to gift my federal tax incentive to a leasing company in exchange for the security of knowing exactly what the Volt will cost me over the next 36 months.

General Motors has much deeper pockets to cover depreciation risk than I do.

Texas, of course, offers absolutely no incentives to help drivers clean the air. The ‘bidness’ of oil rules here—except for wind power, more of which is produced in Texas than anywhere else.

Many, many back roads are punctuated with huge windmill farms. Perhaps our politicians never stray from the Interstates.

It helped that GM offers attractive leases on the Volt, as it seeks to entice mainstream buyers who may magically convert the Volt into a mainstream automobile.

In the end, I made what I thought was a very aggressive offer—which was accepted in full, within a reasonable “we need to work the numbers on this” period.

Once I'd decided to lessen my vehicular impact on the environment, the choice came down to the Volt or the Nissan Leaf.

In the end, the choice was an easy one. It came down to two words: range anxiety.

My Monday-to-Friday routines are typically well within the range of the Leaf, but my weekend excursions are not.

I wanted a full-time, 7-days-a-week vehicle, and the Volt offered unlimited range, albeit at the cost of using some gasoline.

No range anxiety for me.

The Volvo will stick around for a few months as its lease approaches the end date.

I’ve enjoyed the Volt for four weeks now, and the Volvo has been driven only twice: to the dealership for regular maintenance, and back again.

During those four weeks, I’ve used about 4 gallons of gas in the Volt during 1,000 miles of driving.

Why use gasoline when I’m trying to save the environment? Al Gore is smiling.

Writer Phil Ganz is an advertising sales professional living in Texas with his wife and his dog. His fascination is with anything that has a battery and is capable of being charged. And, of course, cars. He's also the father of IB Automotive editor Andrew Ganz.