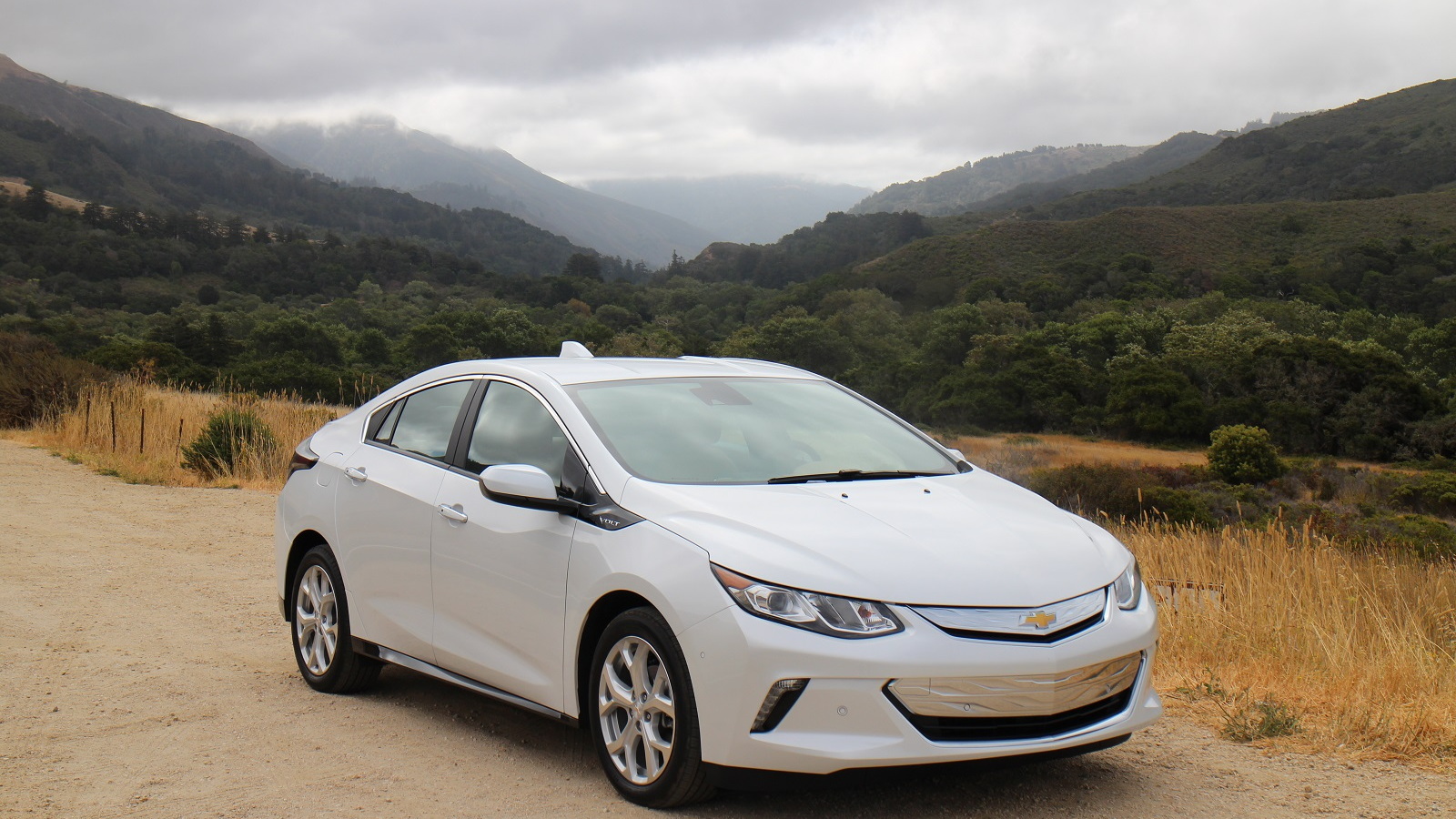 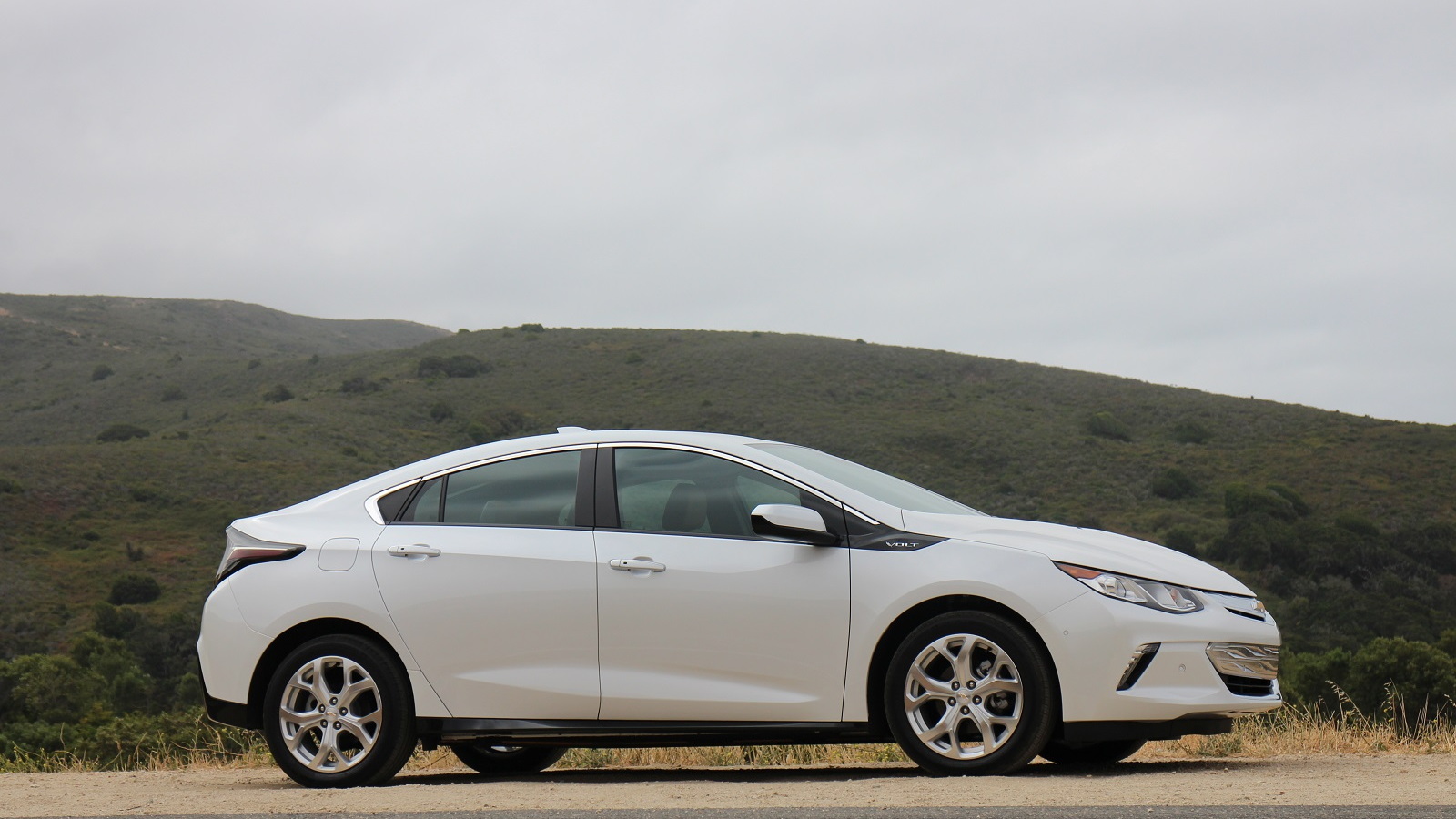 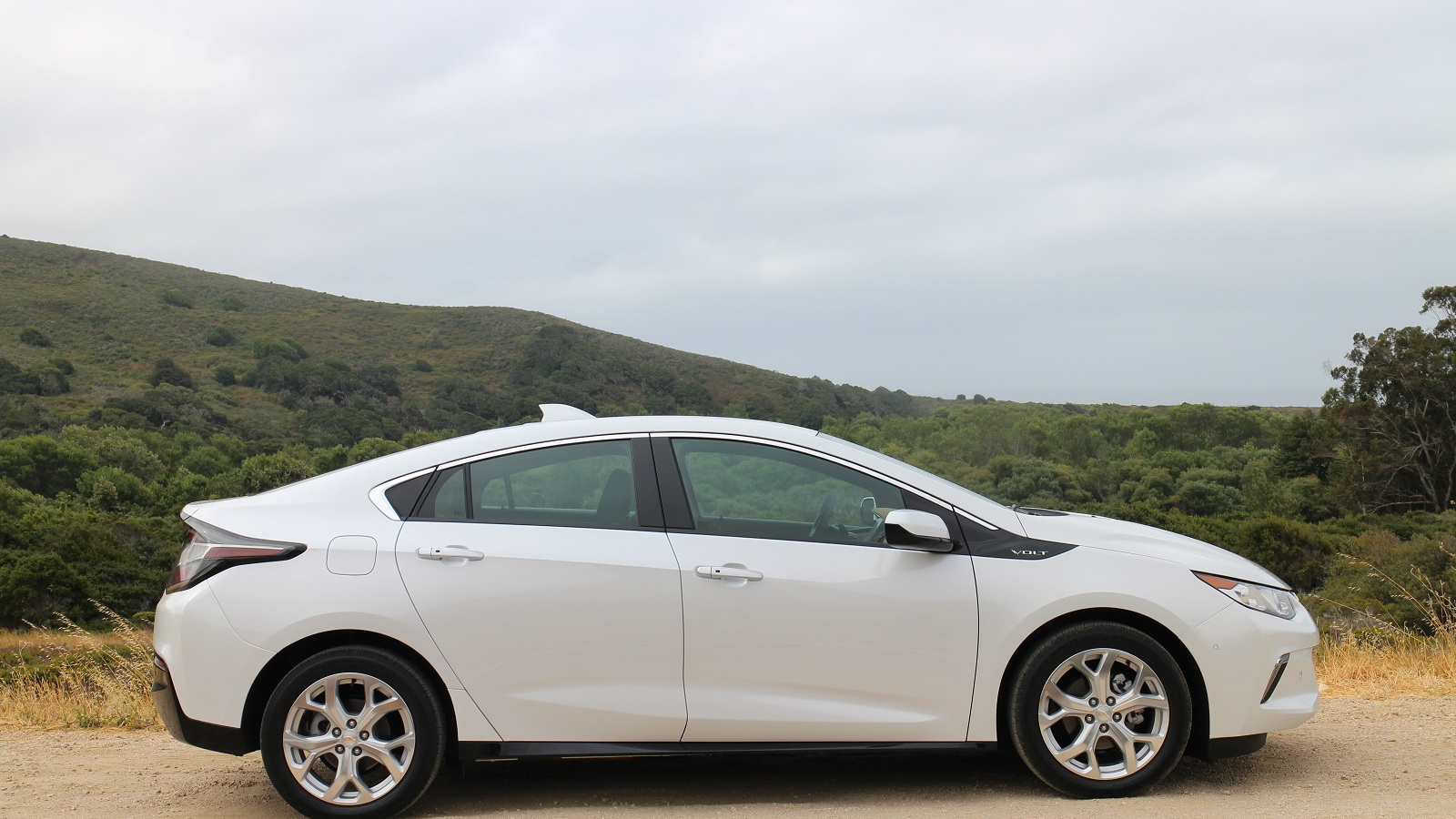 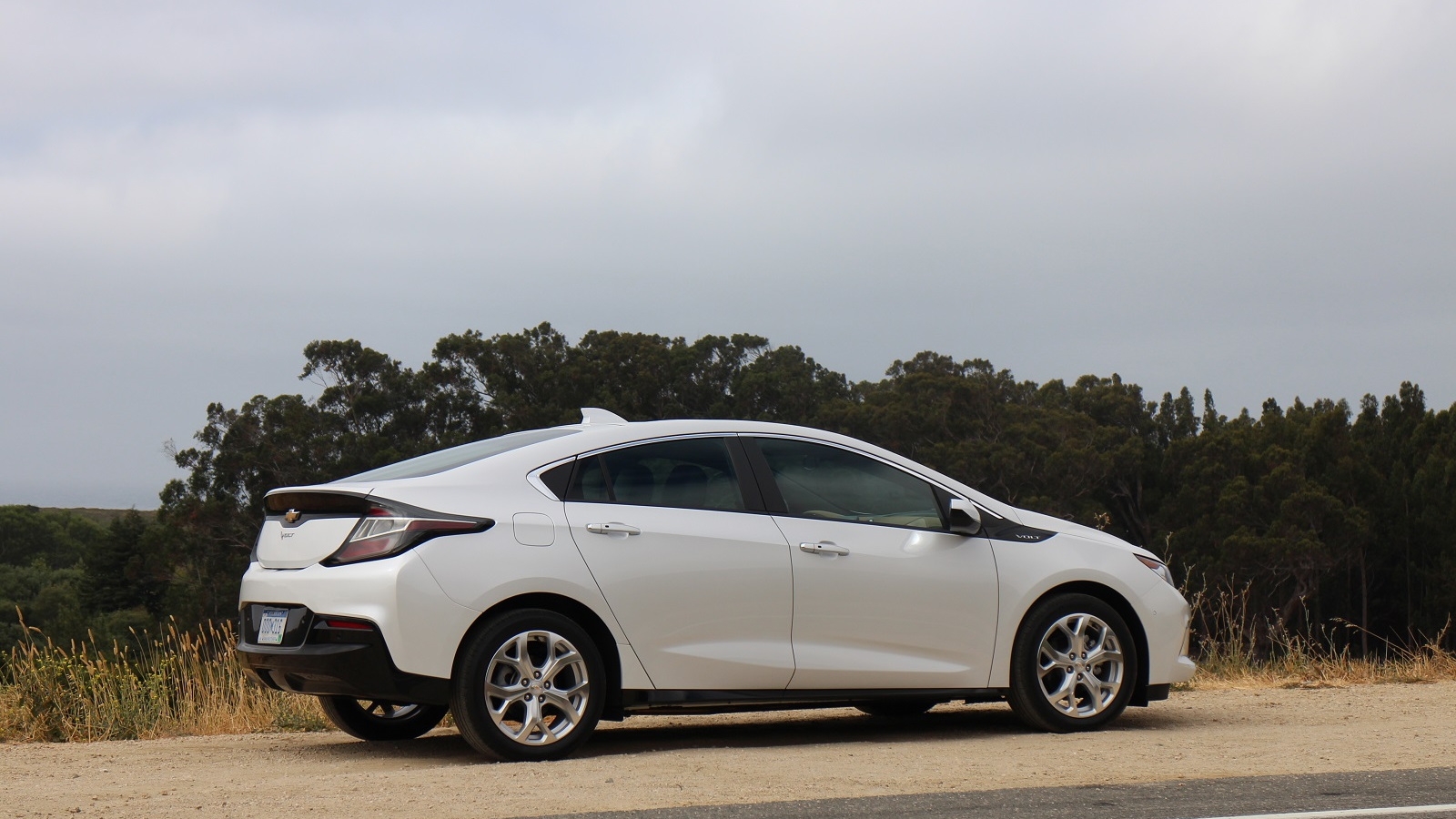 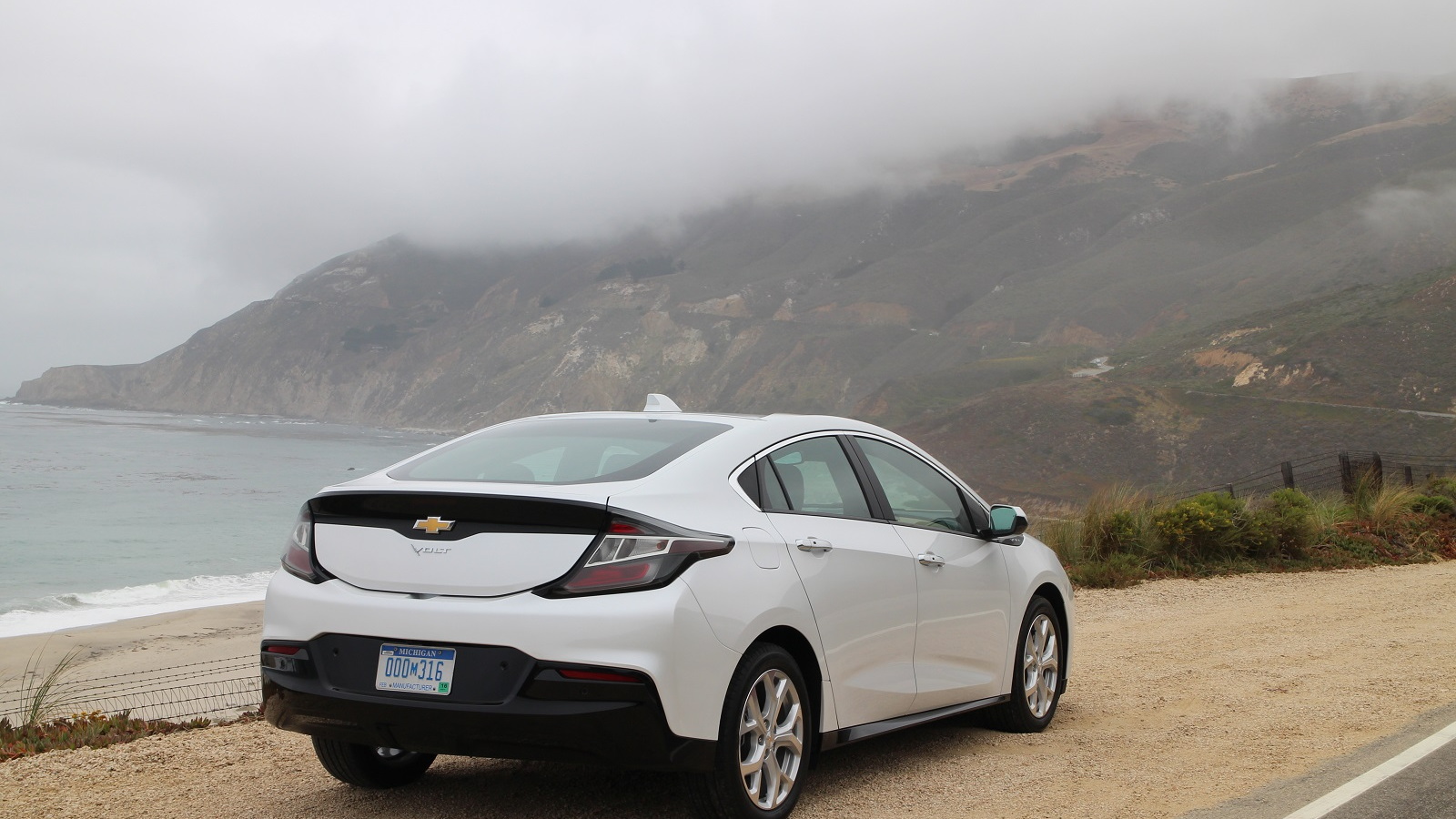 The all-new 2016 Chevrolet Volt is just about here, and it builds on all of its predecessor's virtues while resolving most of that car's vices.

It's got a lot more electric range--53 miles--and at 42 miles per gallon, it's more fuel-efficient on those rare occasions when the range-extending engine comes on.

The new Chevy Volt is smoother, faster, quieter, considerably better-looking (in our view) and should be a slam-dunk upgrade for today's Volt owners.

Our main worry, in fact, is not the car at all.

The 2016 Volt is a fantastic electric car, with an onboard engine giving more than 400 miles of total range for the one in 10 trips that can't be done entirely on battery power.

We worry most about GM's ability to explain what the Volt is, why it's better than other plug-in hybrids, and how it blends the benefits of all-electric drive with the security of a range-extending engine when you need it.

Marketing for the first-generation Volt was inconsistent, largely focused on gas mileage, and generally sporadic at best.

If it hopes to keep the Volt at the top of the plug-in sales chart as its 200-mile, $37,500 Chevy Bolt EV electric car looms, GM had better do some smart, thoughtful, memorable, and effective marketing.

Green Car Reports was one of a handful of media outlets to drive early production 2016 Volts in mid-July.

We spent two days in two different new Volts, and came to the drive in a first-generation 2015 model for comparison purposes.

The new Volt expands on all the pluses of the old Volt, but Chevy executives said over and over that they'd listened to Volt owners in designing the second-generation car.

So there's a fifth 'seating position'--even Chevy won't call it an actual seat--that's a padded hump on the battery pack with a shoulder harness but no headrest.

It's fine for taking a limber teenage athlete on short, around-town trips, but you wouldn't subject anyone you like to sitting back there for any length of time.

Little details matter, too, and the new Volt has a dedicated compartment in one side of the load bay that houses the charging cord--so owners don't have to unpack whatever cargo they're carrying to recharge on the road.

MORE: 2016 Chevrolet Volt: Seats Five, But Not (Really) On A Fifth Seat

The design of the new Chevy Volt is crisper, more angular, and more aggressive than the rather slab-sided appearance of the previous model, which had a high cowl and short windows.

We see a few echoes of current Honda Civic styling in some of its accent lines, but our main impression was that the Volt looks remarkably similar--perhaps too much so--to the new 2016 Chevrolet Cruze, its popular four-door compact sedan.

Sure, the Volt's a five-door hatchback, but both cars now have steeply raked front and rear glass--and Chevy exacerbated the problem by showing both the new Volt and the new Cruze in the same deep metallic blue color.

Or, as we overheard one journalist say at the Cruze launch: "So, the Volt's the one with the silver grille, right?"

Inside, however, Chevy really took owners' criticisms to heart.

The 2016 Volt's dashboard retains the familiar Chevy twin-cockpit design, but knobs, switches, and buttons are far more conventional--and the capacitive touch switches are entirely gone, to pretty much everyone's relief.

RELATED: Should I Buy A Used Chevy Volt Electric Car?

For current Volt owners, though, it's that alluring 53-mile range that'll be one of the biggest selling points. Chevy had said "50 miles or more," and the actual rating came in at 53 miles.

Similarly, the "at least 40 mpg" fuel efficiency came in at 42 miles, with an efficiency rating of 106 MPGe. (Miles Per Gallon Equivalent measures the distance a car can travel electrically on the same amount of energy as contained in 1 gallon of gasoline.)

Moreover, given the two battery-pack size increases in the prior generation Volt--in 2013 and 2015--it's not unreasonable to expect that an updated version of the new car might gain even more electric range.

During a period of gentle driving that started off with several miles downhill, we even got the electric range meter up to 62 miles--though the car delivered exactly 54.2 miles of electric range by the time we'd completed that drive leg.

But if battery size does increase--and the Chevy Bolt EV is coming with 200 miles of range--at what point does the Volt have "enough" range?

We suspect Volt owners will be looking forward to learning the answer to that question.

On the road, the new Volt is a pleasure. It's still effectively a four-seat compact car, and it is heavier and more "planted" on the road than the comparable Cruze (though we haven't driven the 2016 Cruze yet).

The extra torque of the electric drivetrain and 200 pounds less weight show up in slightly quicker performance, aided by a slightly more aggressive throttle tuning to deliver more power when demanded.

And the regen-on-demand braking controlled by the paddle behind the steering wheel lets the driver dial up the degree of regeneration without having to touch the brake pedal.

We still wish the Volt offered a user-controlled setting that would give it the same sort of "heavy regen" as the BMW i3, for more advanced electric-car drivers.

Chevy engineers pushed back on that idea, though, suggesting that it would be too unfamiliar to the general public--and that they had offered a similar way to achieve the same goal with the paddle-controlled increases.

We got used to it fairly quickly (and missed it once we were back in our 2015 model), and in the absence of the powertrain engineers changing their minds, it's as good as 2016 Volt drivers will get.

Under maximum power, the new Volt is noticeably quieter than the old one. One reason Chevy chose a slightly larger and more powerful engine was to let it produce the needed power at lower engine speeds, reducing noise.

And the new generation of Ecotec engines was designed from scratch to waste less energy in producing noise than the engines they replaced.

(This one runs on regular fuel, too--another urgent request from current-generation Volt owners.)

It pays off; with the pedal floored when the new Volt has its engine on, the driver hears more of a remote thrum--noticeable, but not objectionable--than the higher-pitched howl of the old one.

A handful of random notes from our driving:

We came away from our two days with the new 2016 Volt impressed.

It's got pretty much everything a current Volt owner could want in the next generation of the car, and it's easy, comfortable, and very pleasant to drive.

In the end, though, we came away thinking that the second-generation Volt is more of an evolution than a revolution.

GM's revolutionary forces are now focused on the Bolt EV, which will be transformative for the industry--and which snapped a lot of other automakers to attention last January.

The new Volt's a great car, and brings practical electric drive to U.S. drivers without a shred of range anxiety.

We just hope that Chevrolet's marketers can figure out how to tell that story soon, quickly, and persistently.

Because the noise level will only get louder, from Chevy's own Bolt EV to the upgraded Nissan Leaf, the new Toyota Prius, and even the Toyota Mirai hydrogen fuel-cell vehicle.

Over to you, marketers. Show us what you've got.