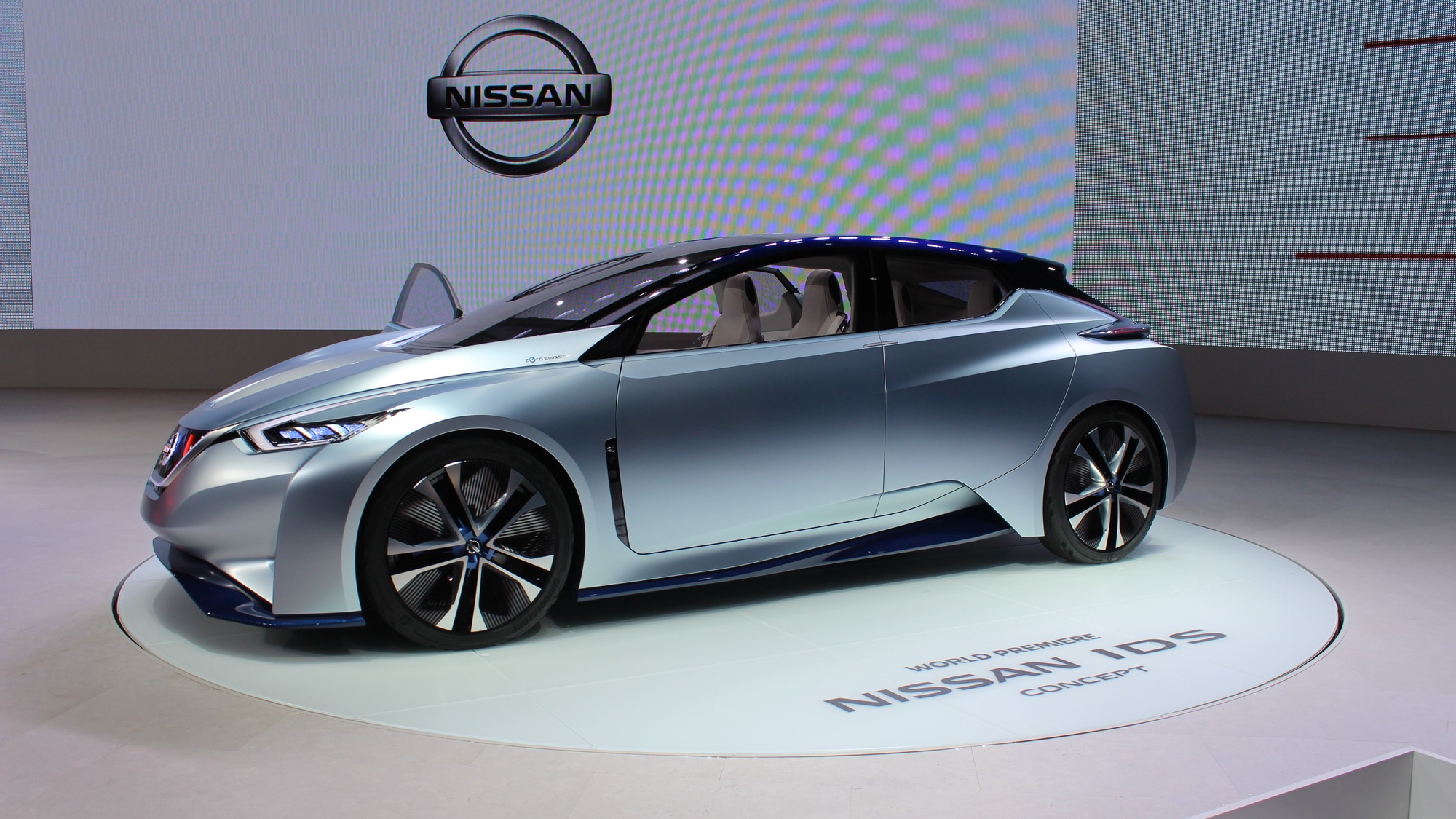 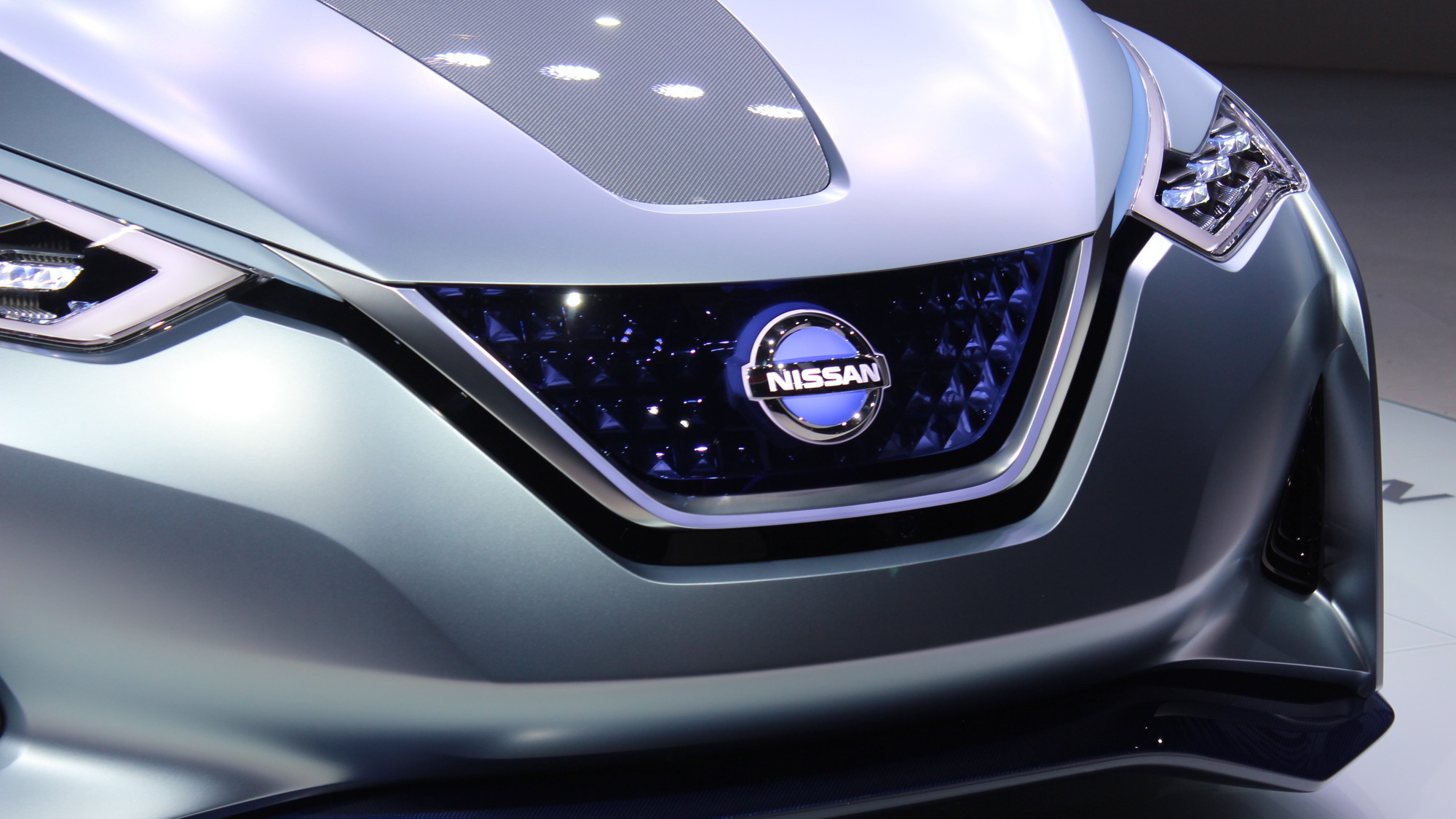 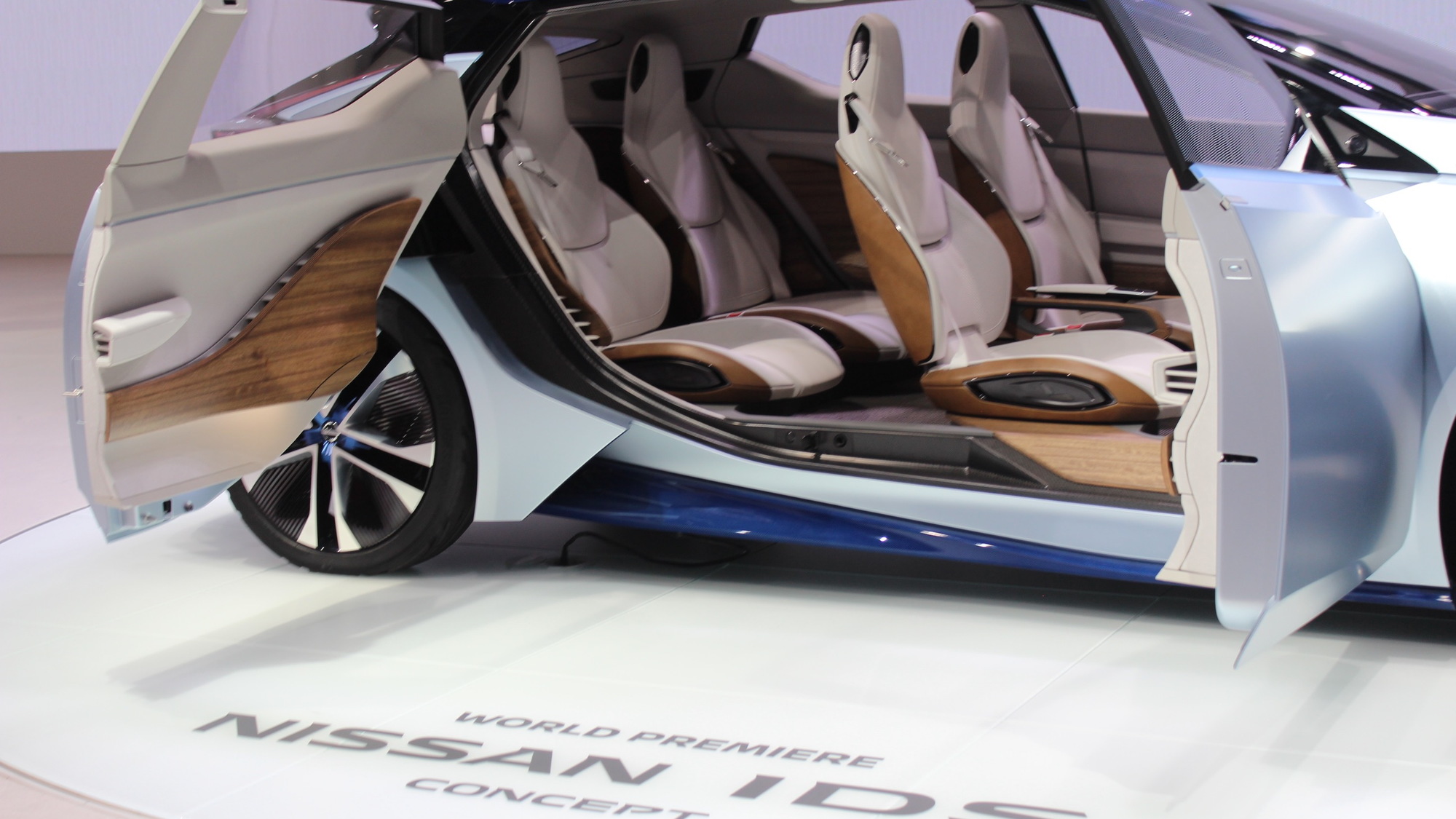 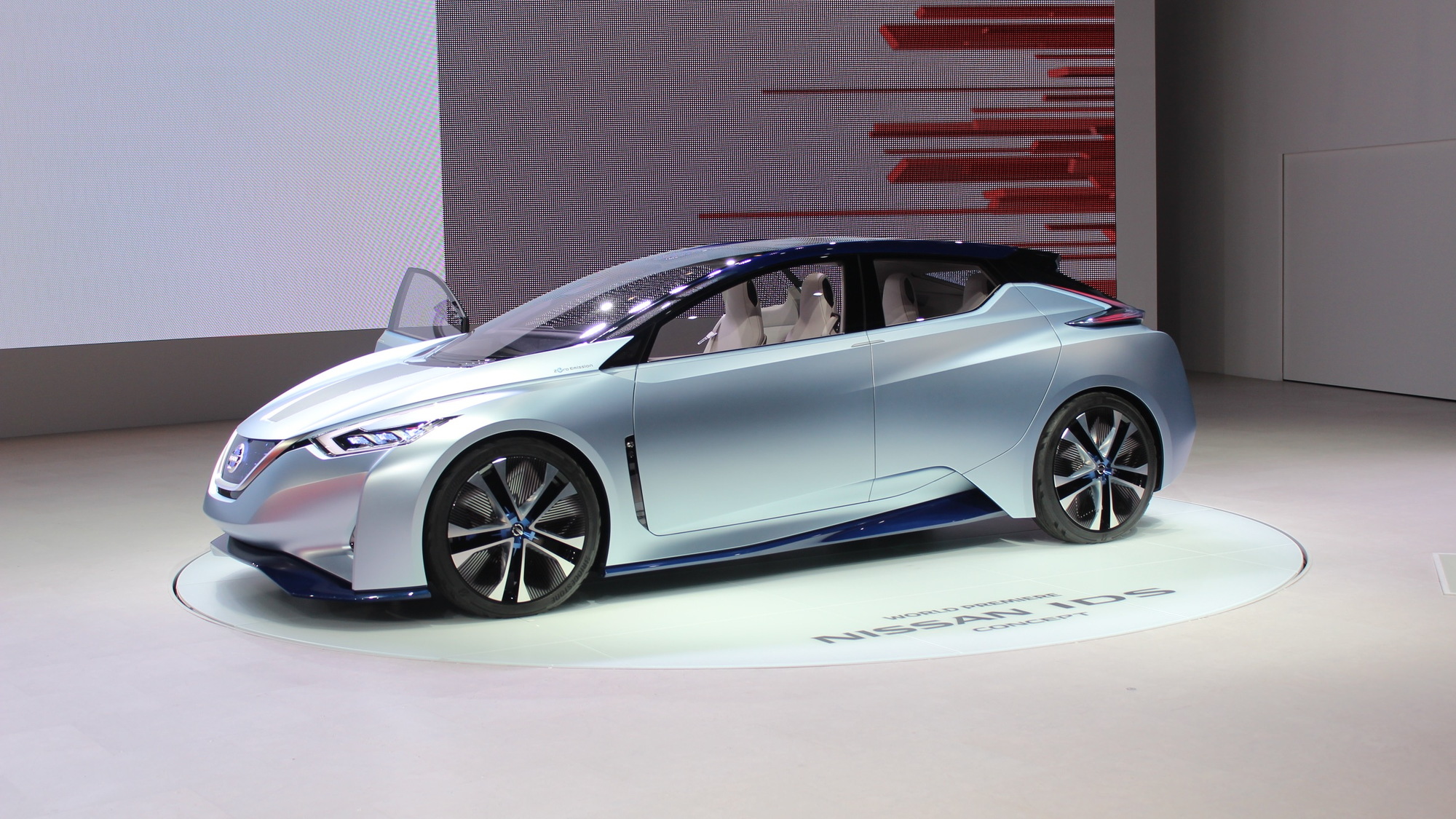 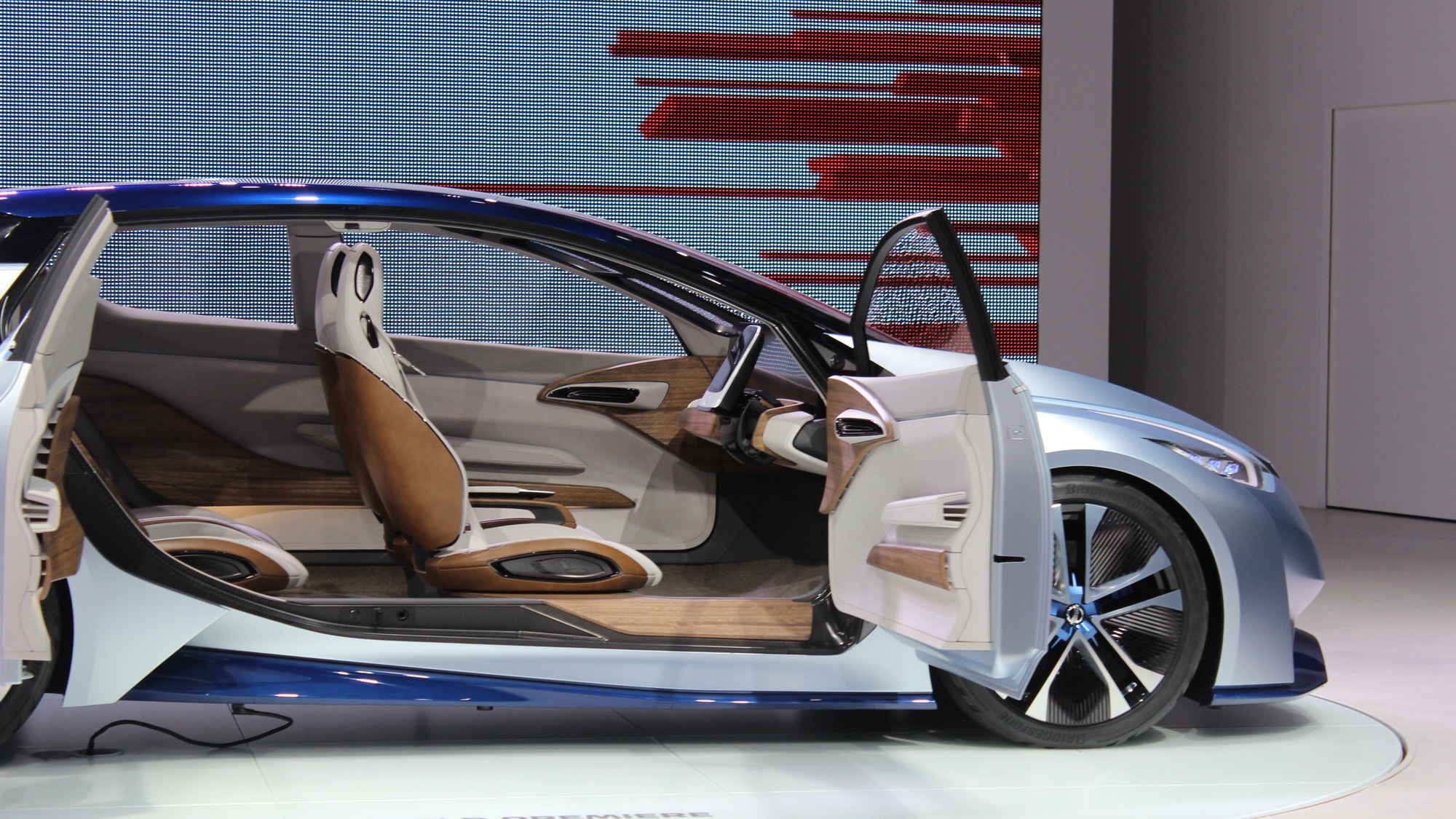 At the Tokyo Motor Show, Nissan has revealed a concept car that gives a glimpse of what electric-car ownership could be like many years into the future—and, perhaps, provides a few more hints of what’s in store for the second-generation Nissan Leaf.

First off, some have speculated that the IDS Concept sets the look for the next-generation Nissan Leaf, which is likely due for the 2018 model year. While Nissan has been careful to avoid mention of the Leaf, the Tokyo concept does follow the radically different, more expressive look that’s now been given to the new Maxima sedan and Murano crossover.

Nissan design chief Shiro Nakamura has also said in past interviews that we can expect the next generation of the Leaf to be less on-its-own with respect to design; although this design is certainly quirky and attention-getting, it would give Nissan an EV that's as sporty-looking as the brand’s most flamboyant gasoline-engine models.

Nissan has also teased a 60-kWh battery pack in the IDS Concept. While company officials said that number is merely a concept-car figment for now, and the company has developed a prototype 60-kWh pack, we’ll take its inclusion as a strong hint that the automaker is looking to such a capacity in a premium battery option for future EVs—a capacity that, in a vehicle with the weight and power demands of the Nissan Leaf, could be good for well over 200 miles of real-world driving.

The concept also has a carbon-fiber body, a special aerodynamic-swirl wheel design, and thin 175-width wheels. There’s seating for four; a flat-panel screen emerges from the dash, and the steering wheel recedes when the car’s in its autonomous-driving mode.

The driver can select between Manual Drive and Piloted Drive modes. And even in the piloted mode, the car can maintain the driver’s familiar styles for steering and braking.

While much of the car still looked firmly rooted in the possibilities of the concept-car realm, Nissan provided solid information about the interface, and particularly the Piloted Driving technologies on board—technologies that CEO Carlos Ghosn confirmed for future production-model rollout.

Two levels of piloted driving—one due next year

Piloted Driving 1.0, with single-lane hands-free driving, will debut in a production model in 2016 in Japan; that will be followed, likely in 2017, with rollouts for China, Europe, and the U.S.  Here, the steering can help take evasive action when necessary.

The Piloted Driving 2.0 system is far more sophisticated and includes multi-lane and city-driving capabilities, including the ability to smoothly maneuver around obstacles and slower-moving vehicles (or stop for pedestrians). It won’t be seen in any production model for at least several years, although Ghosn said that the technology will be ready by 2020.

The concept car shows off the works, including that farther-off interface that can hide the steering wheel away.

Functionally, the piloted system isn't far off from what Tesla Motors is already offering in the Model S and Model X electric vehicles. Yet Nissan officials noted that this system will be thoroughly, exhaustively real-world tested and not a 'beta' feature.

Altogether, in the IDS Concept, there are five sonar sensors, five laser sensors, and 12 cameras.

Watch the videos above and below for a tour of how these systems work inside, and check back as we soon hope to drive a vehicle with these technologies.