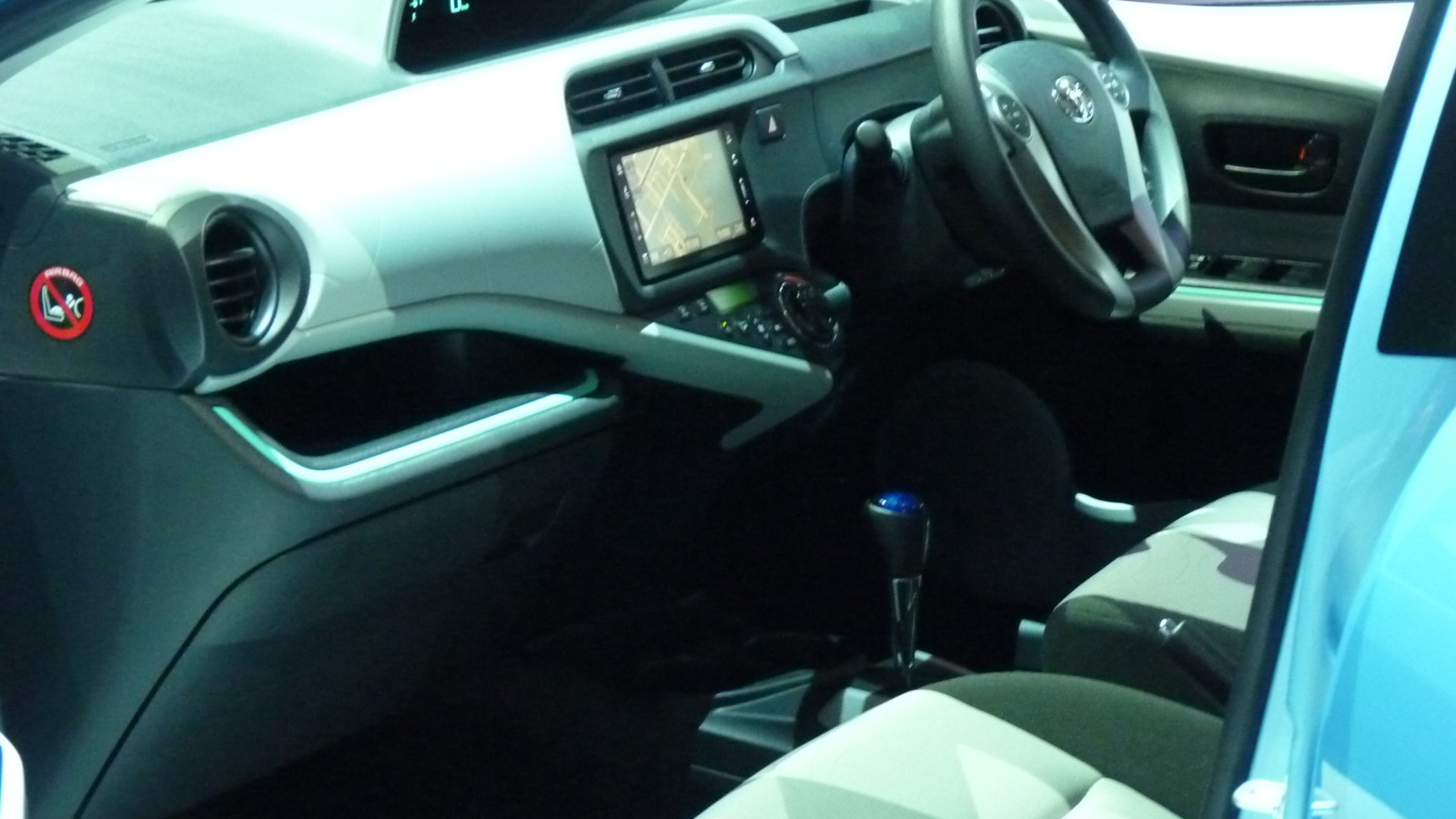 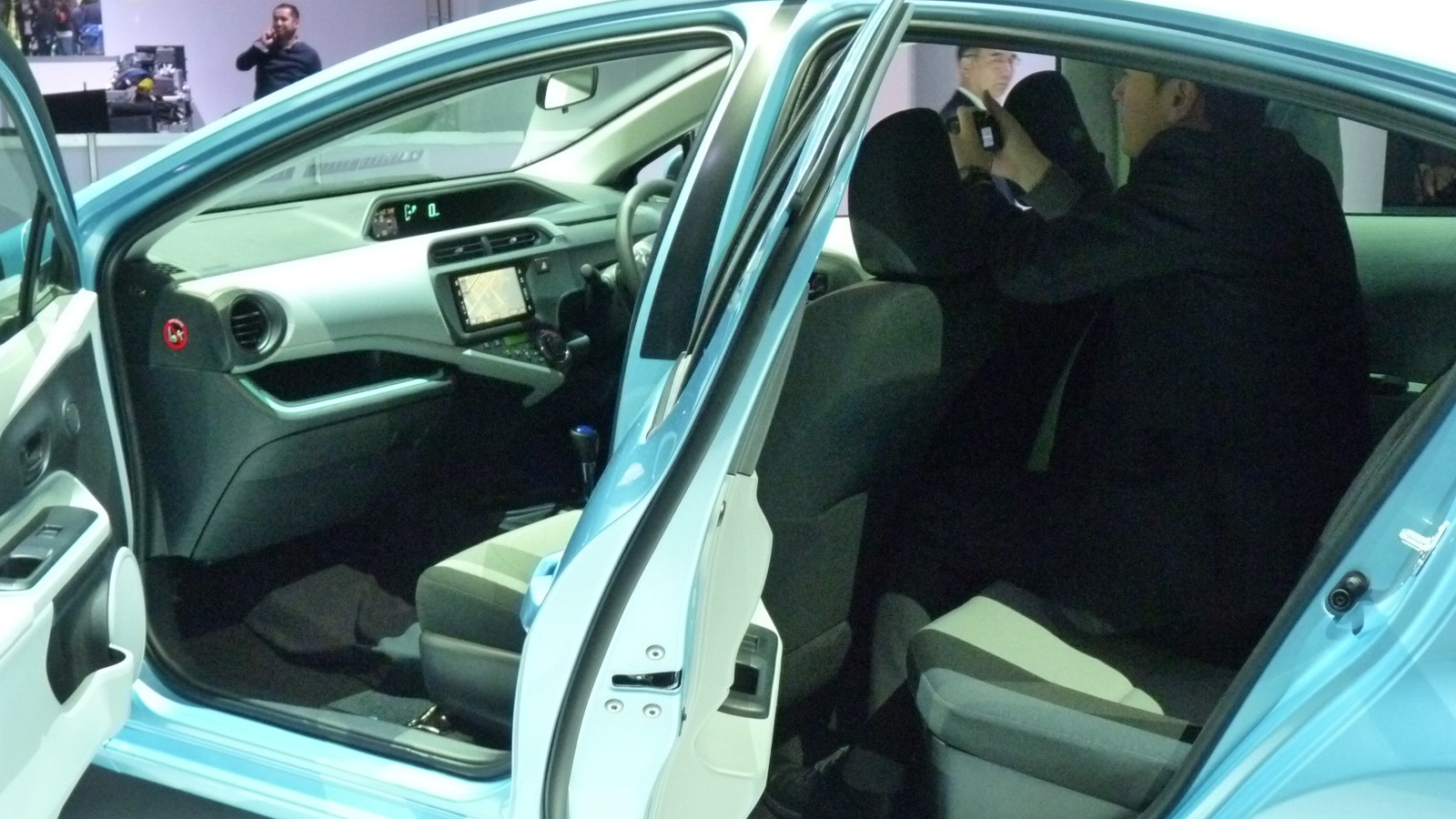 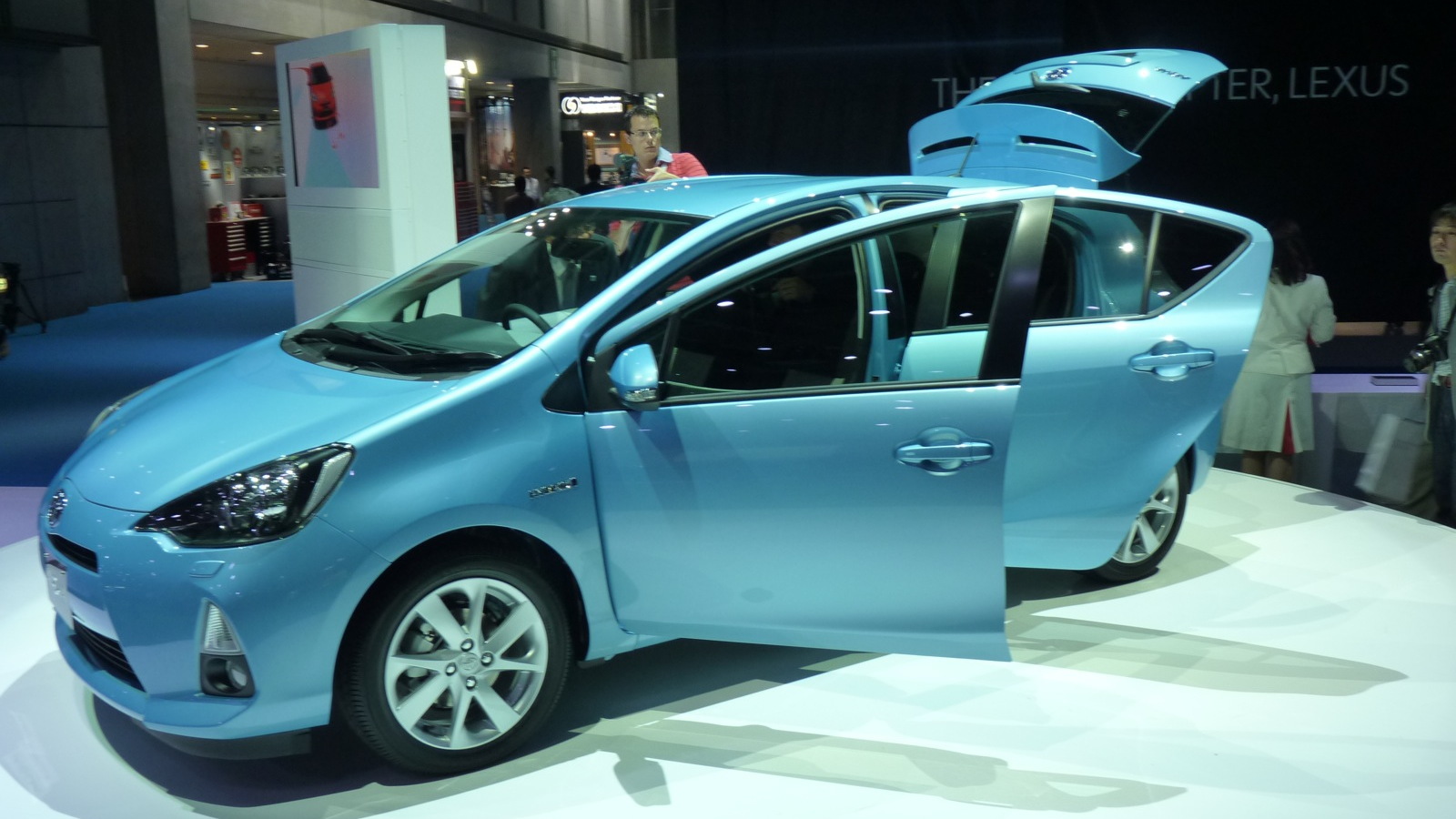 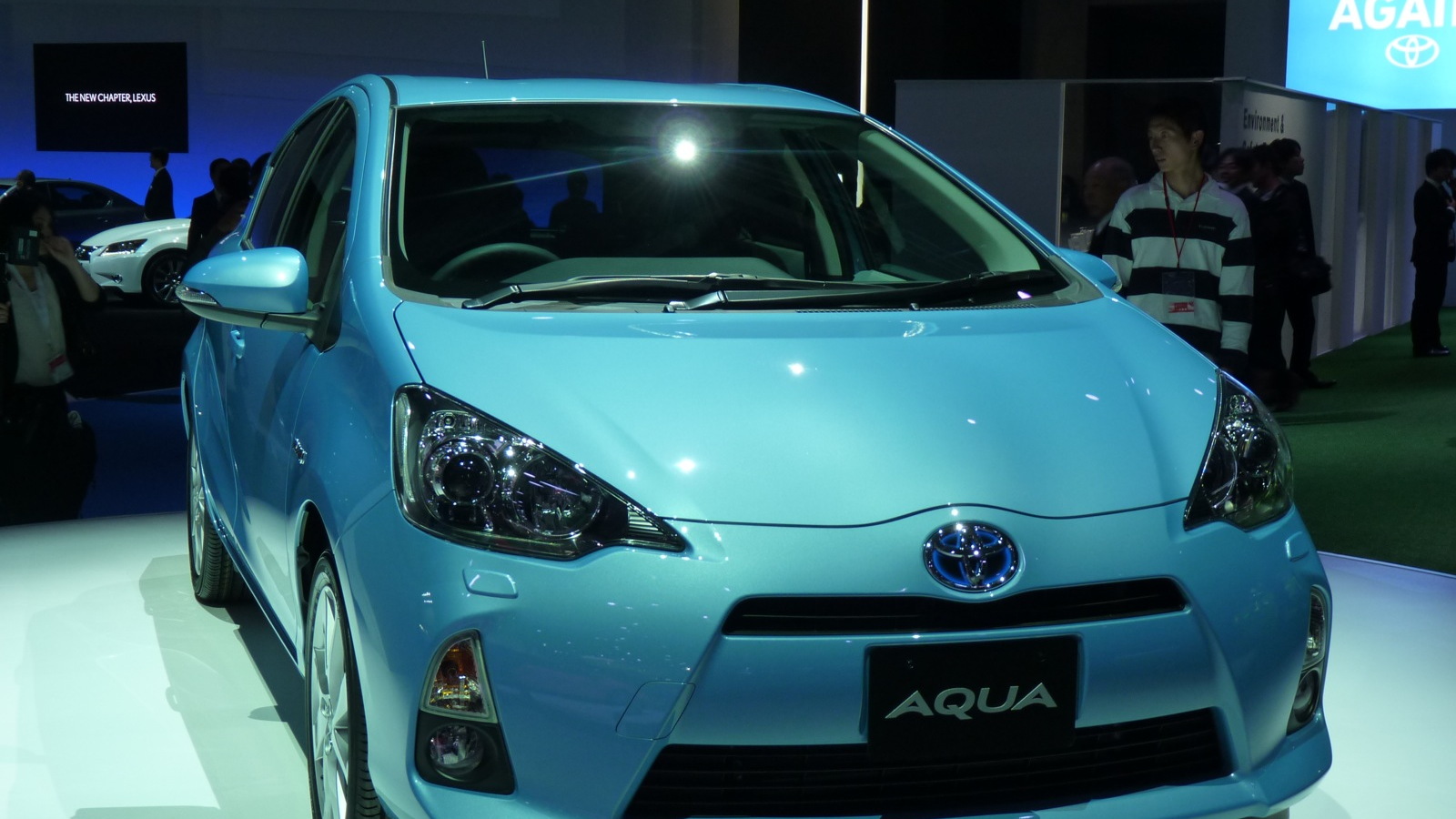 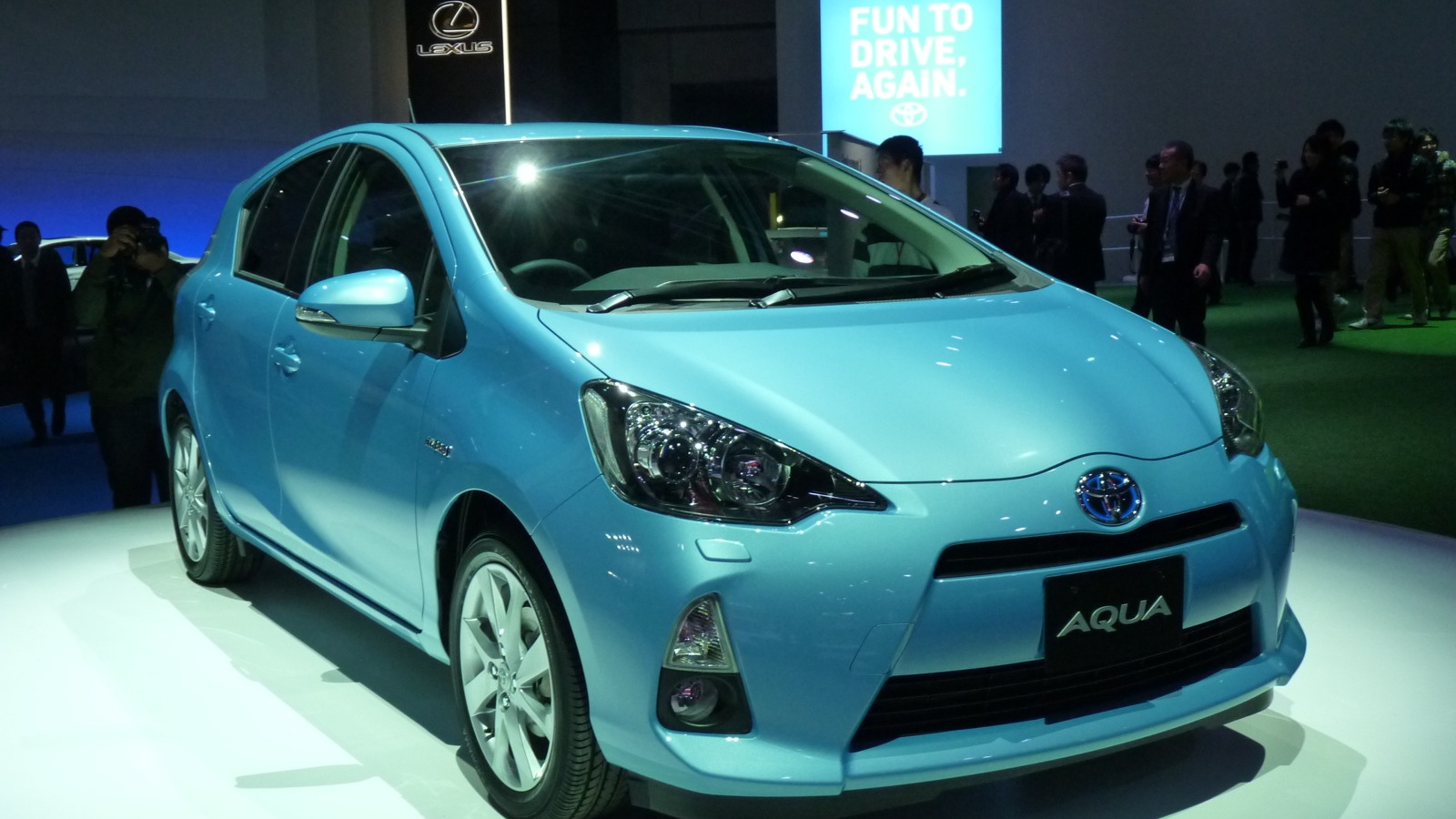 Among the concept cars and pre-production prototypes being unveiled at the 2011 Tokyo Motor Show this week, there were a handful of production-ready cars quietly making their public debut.

Aimed primarily at younger buyers who want a sportier and more straight-forward car, the 2012 Prius C’s design tries to make being gas-frugal a lot more fun. Inside, a conventional gear lever and parking brake replace the larger Prius’ unorthodox gear selector, while a simple dash and choice of hot-hatch inspired trim gives it a more youthful appeal.

The 2012 Toyota Prius C will go on sale this month in Japan where it will be known as the Toyota Aqua, but isn’t due to go on sale in the U.S. until the latter half of 2012.

With an expected fuel economy of between 65 and 70 mpg, the 2012 Toyota Prius C will debut at the 2012 Detroit Auto Show next month.

In the meantime, please enjoy our 2012 Toyota Prius C live gallery and make sure you follow our continued 2011 Tokyo Motorshow coverage to keep up-to-date with the very latest from the show.