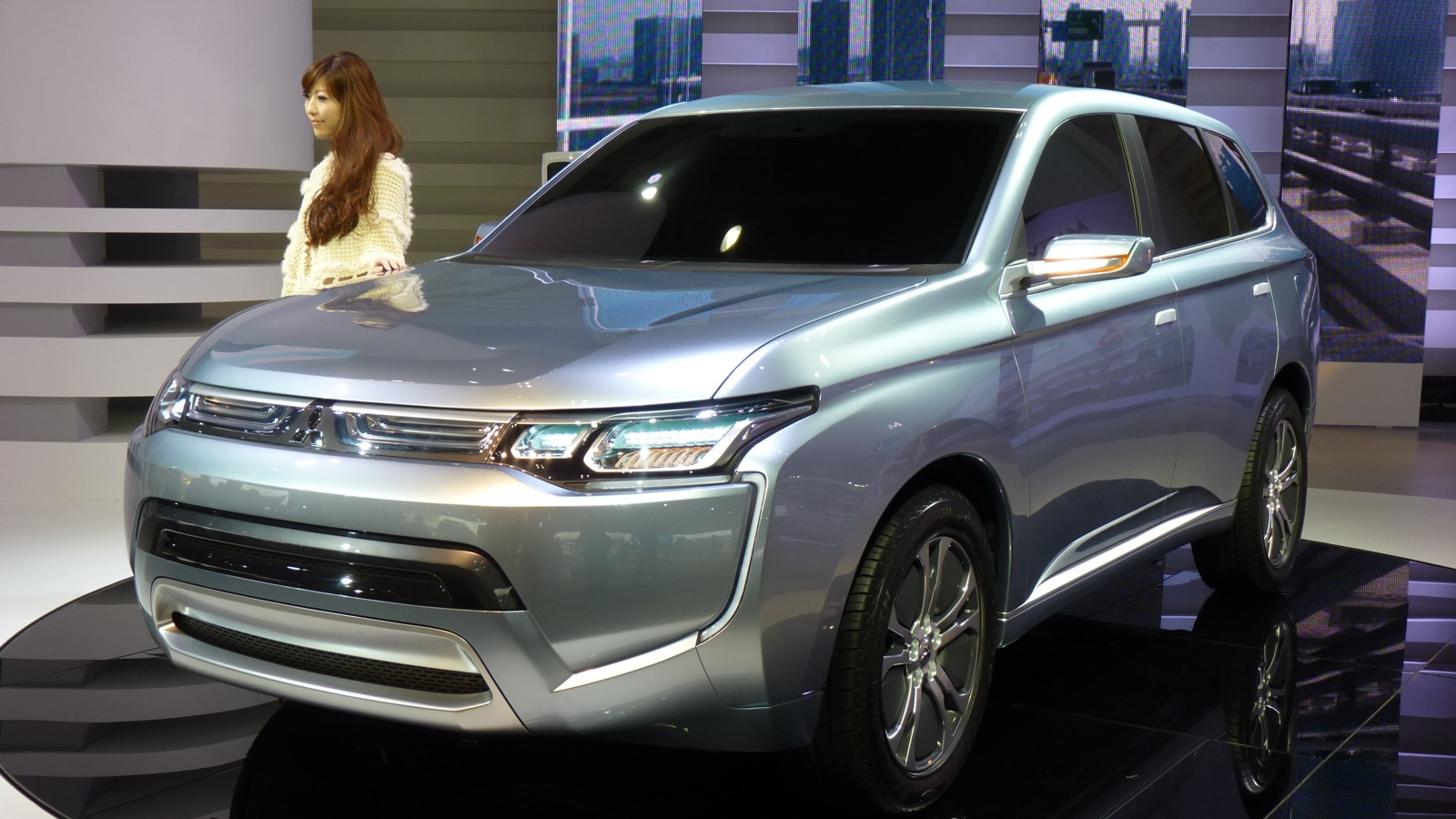 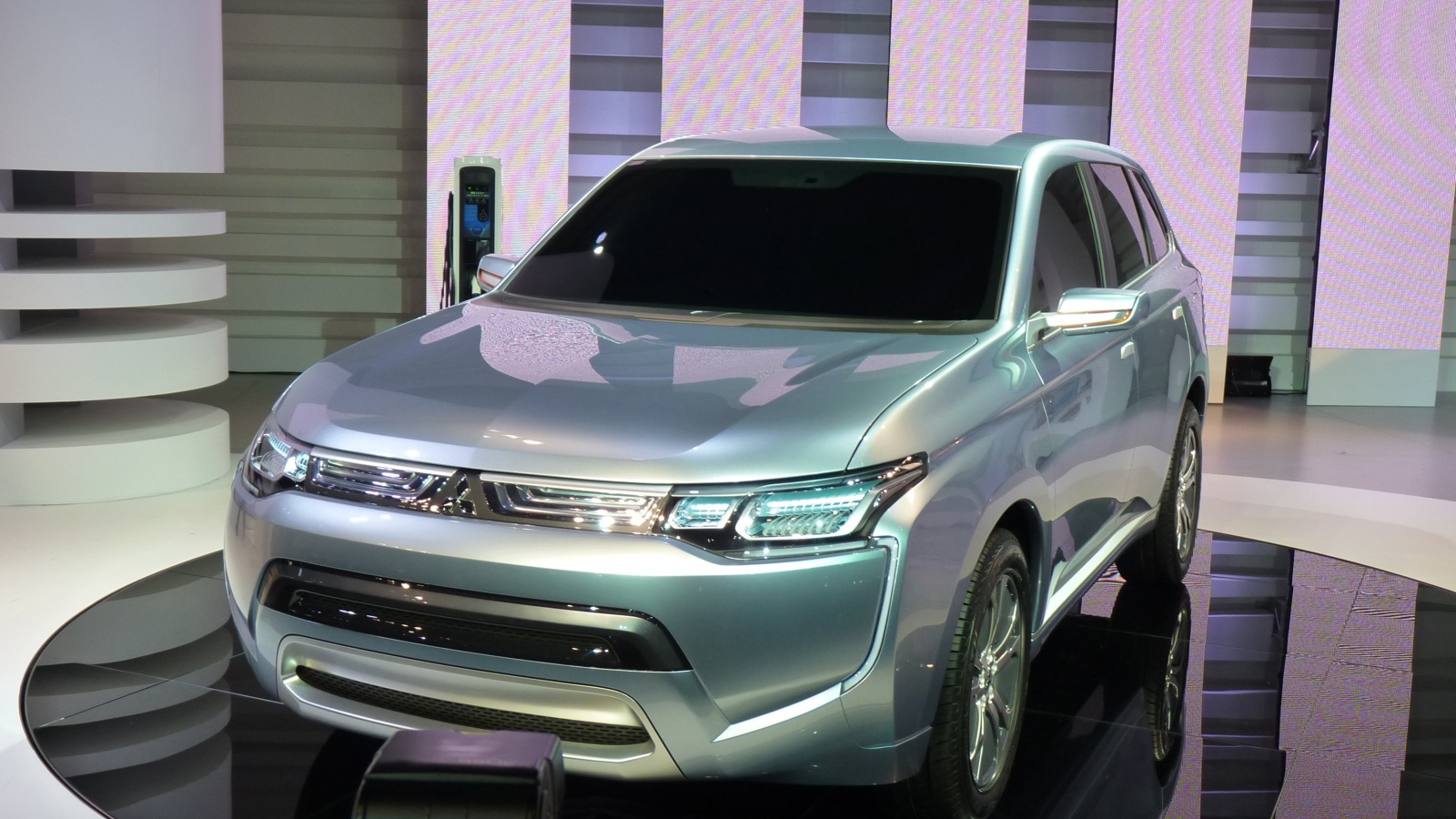 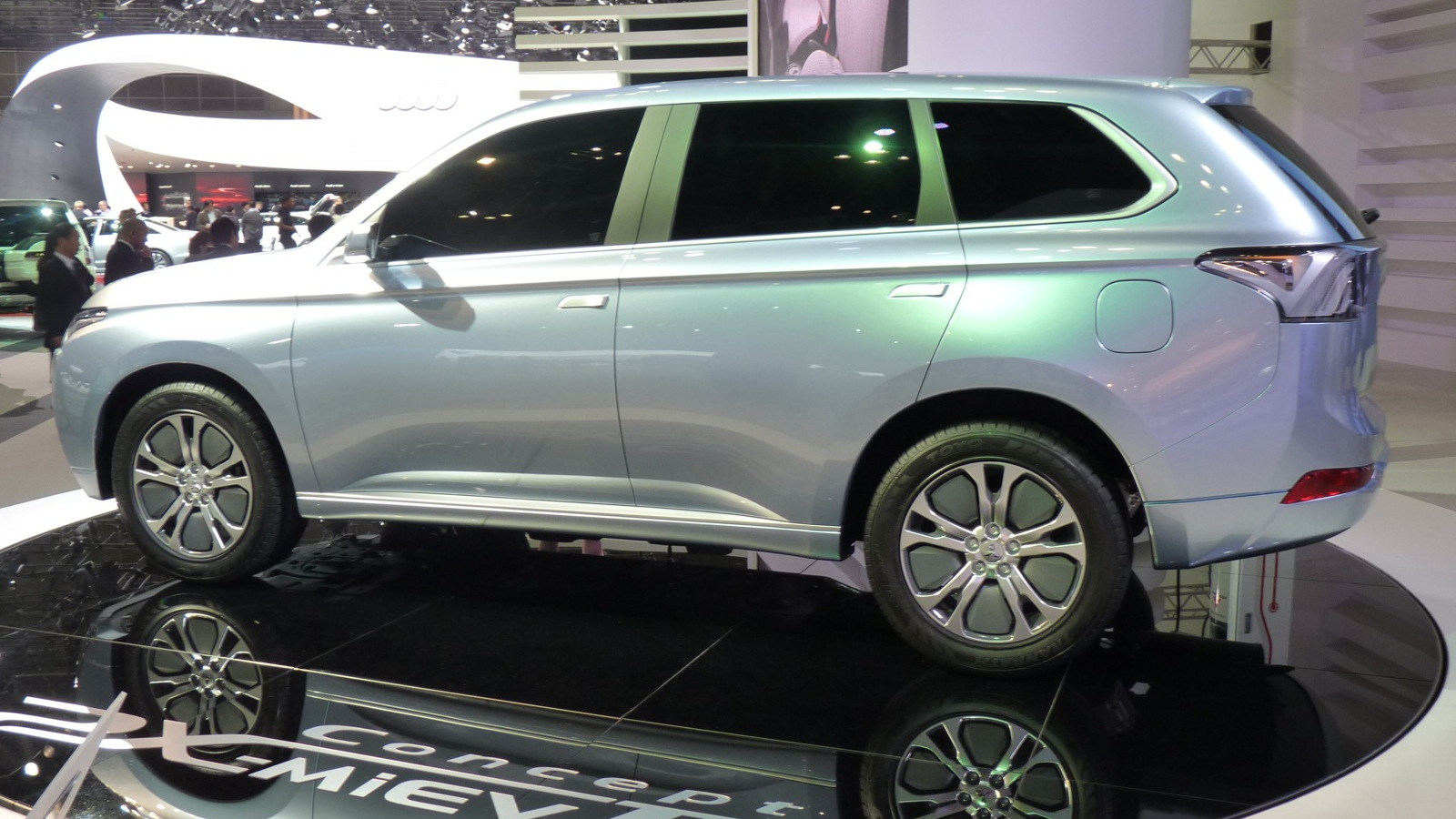 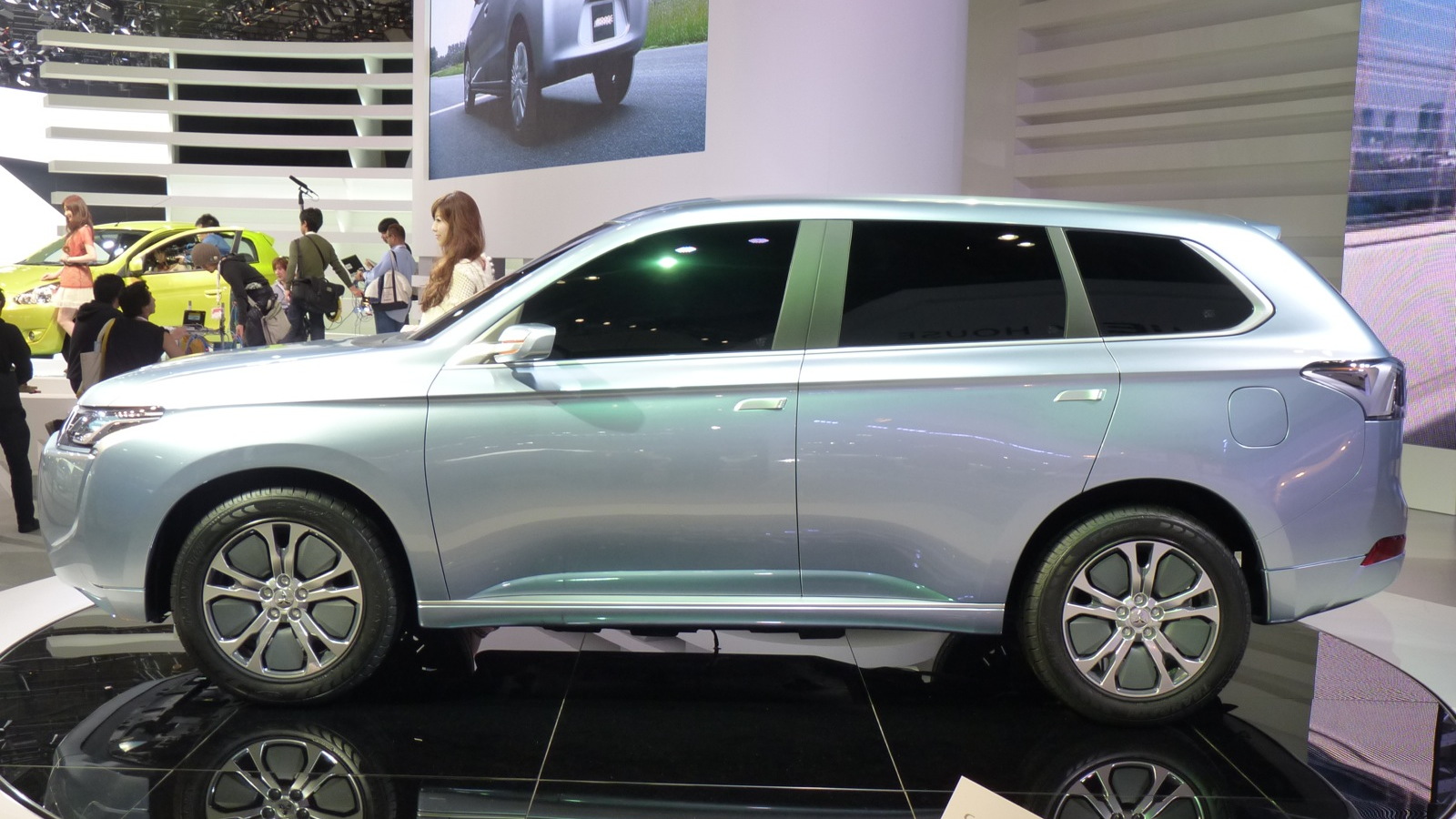 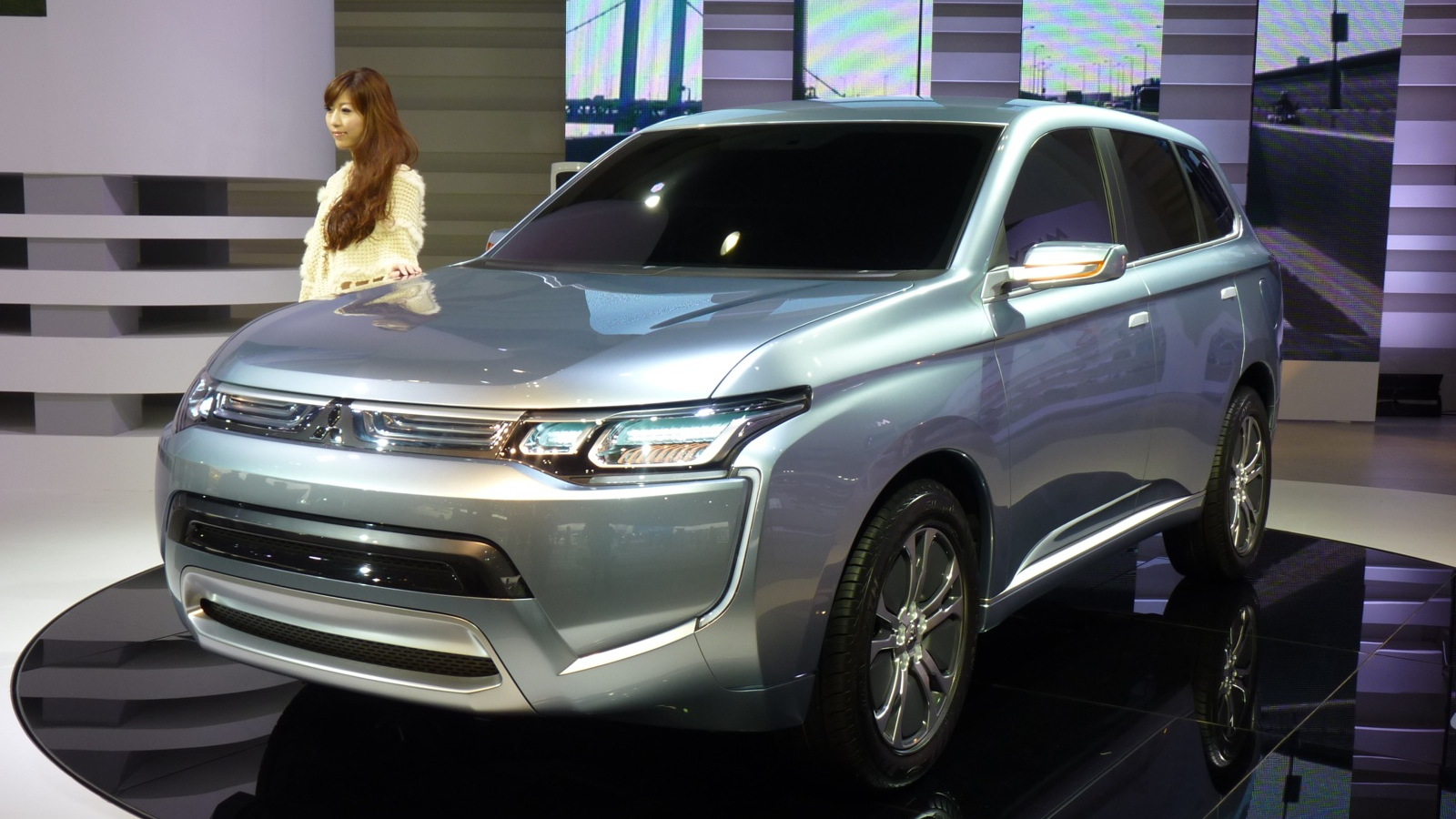 On the stand in a Mitsubishi Motors press conference at the 2011 Tokyo Motor Show yesterday, the company’s president, Osamu Masaku, made no mention of performance or motorsports—or the sporty Lancer family. Instead, he outlined, the company is focusing its global efforts from now on into two main areas: emerging markets, and high-tech green cars and environmental initiatives.

To address the latter, Mitsubishi is forging ahead with the development of an extended-range hybrid electric vehicle that, Masaku said, “is derived from 14 years of EV engineering know-how.”

All-wheel-drive, and a series or parallel hybrid

The central idea around the PX’s drive system, Masaku explained, is that it starts the gasoline engine only when necessary. With a full charge to its lithium-ion battery system (fast-charging-capable) and twin electric motors (60 kW each), the PX-MiEV is capable of going about 30 miles on battery power alone. After that the 2.0-liter four-cylinder engine (versus 1.6-liter in the earlier concept) starts up, and the PX’s hybrid system can run either in series or parallel mode—depending on the speed and the conditions, and made possible with each motor connecting to separate axles. The arrangement provides all-wheel drive, in a variation of Mitsubishi’s S-AWD system. All said, Mitsubishi expects a range of up to 500 miles.

From a distance, the newest PX-MiEV concept doesn’t appear all that much different than the previous one from the 2009 Tokyo show, although upon closer attention to details, it looks almost production-ready. At about 183 inches long, the compact-to-mid-size crossover is about the same size as today’s Outlander.

Expect to see a production version of the PX sometime during calendar-year 2012. Arrival at U.S. dealerships—likely on a limited basis initially—is anticipated sometime in 2013.

As for the first area—emerging markets—Mitsubishi introduced an all-new version of its mainstream B-segment car, the Mirage. While one of the least exciting vehicles at Tokyo in appearance and appointments (and we’re unlikely to see this minicar in the U.S.), the new Mirage will include start-stop and a new CVT, with the combination capable of achieving more than 70 miles per gallon.