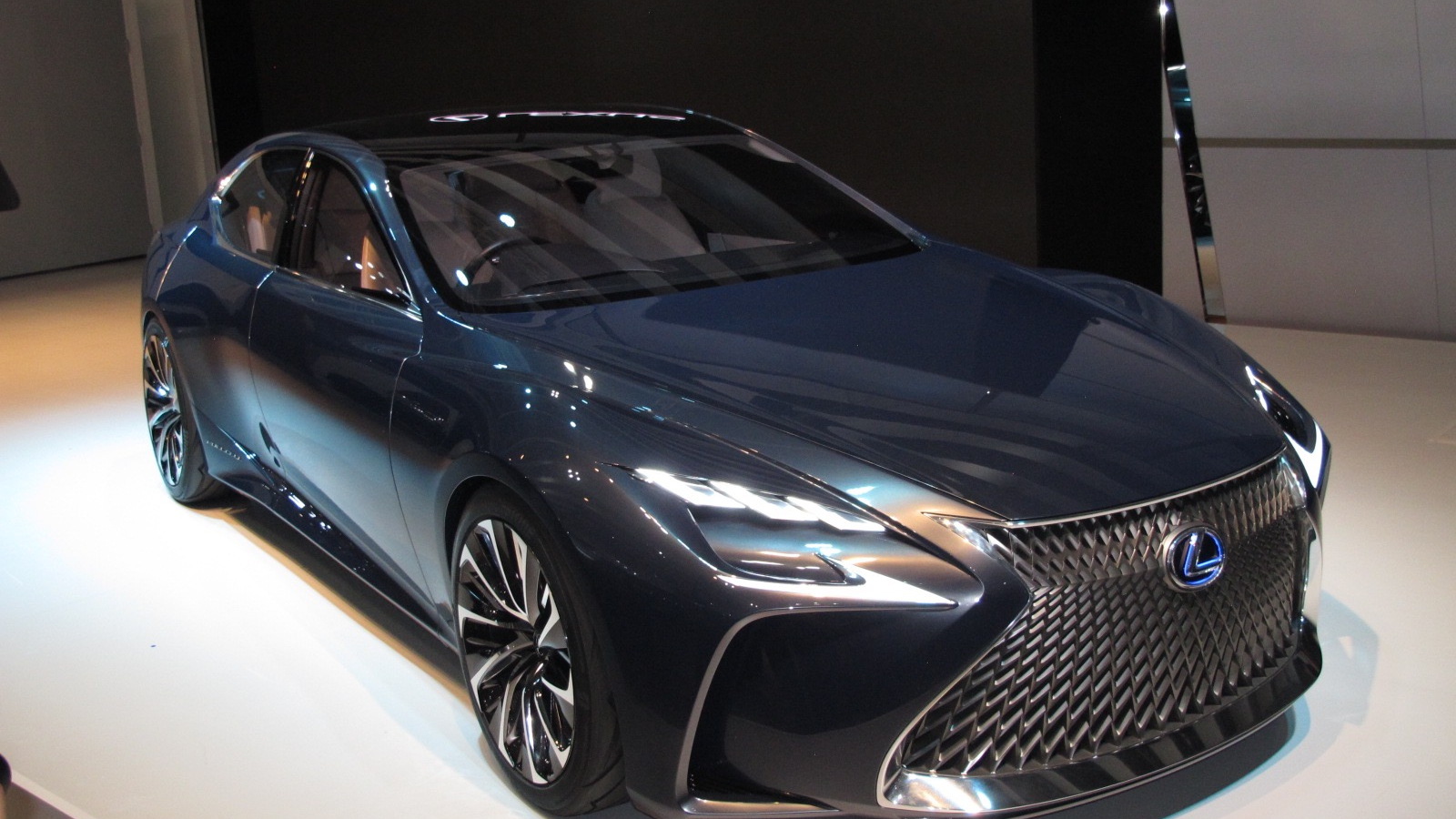 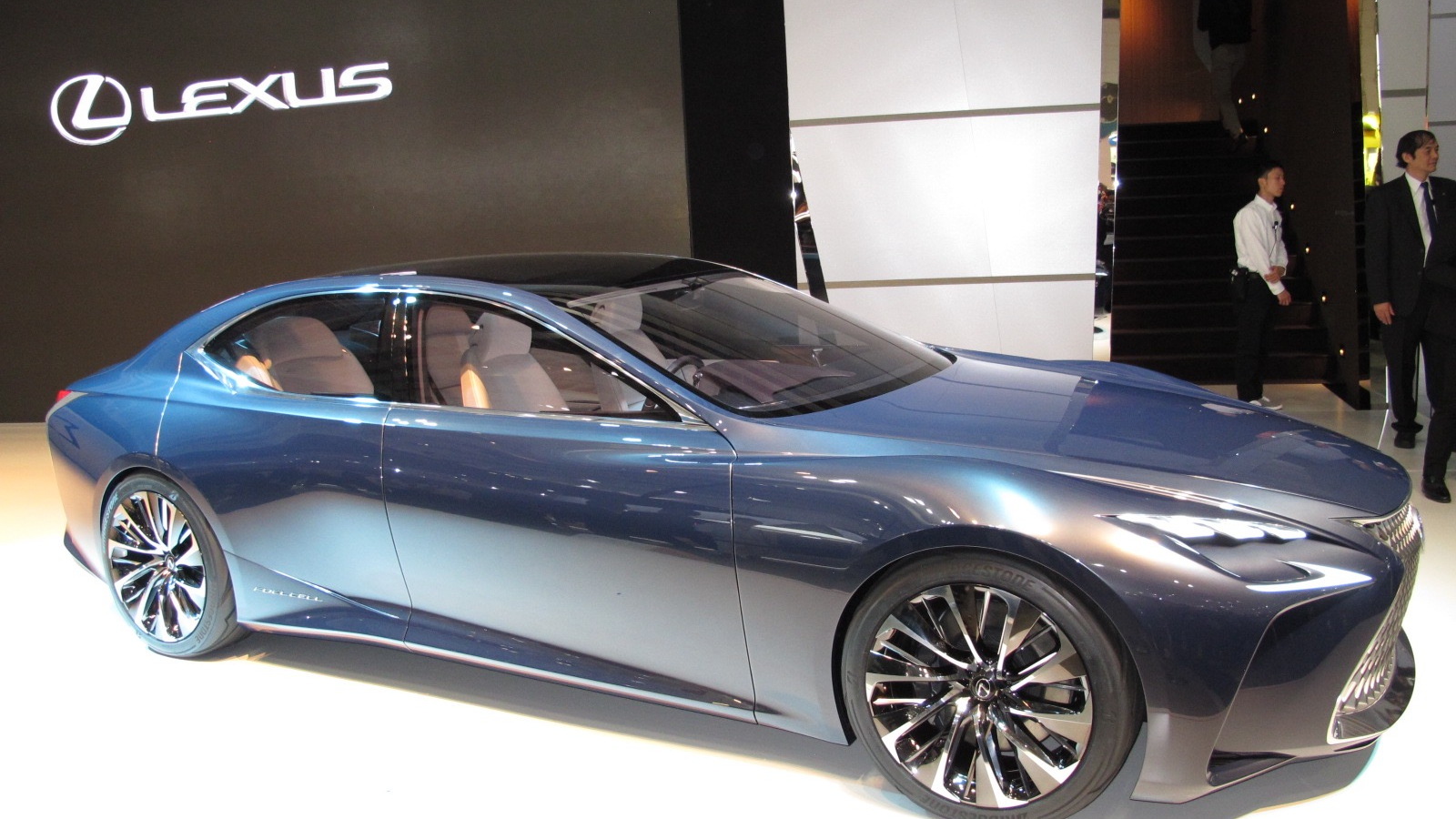 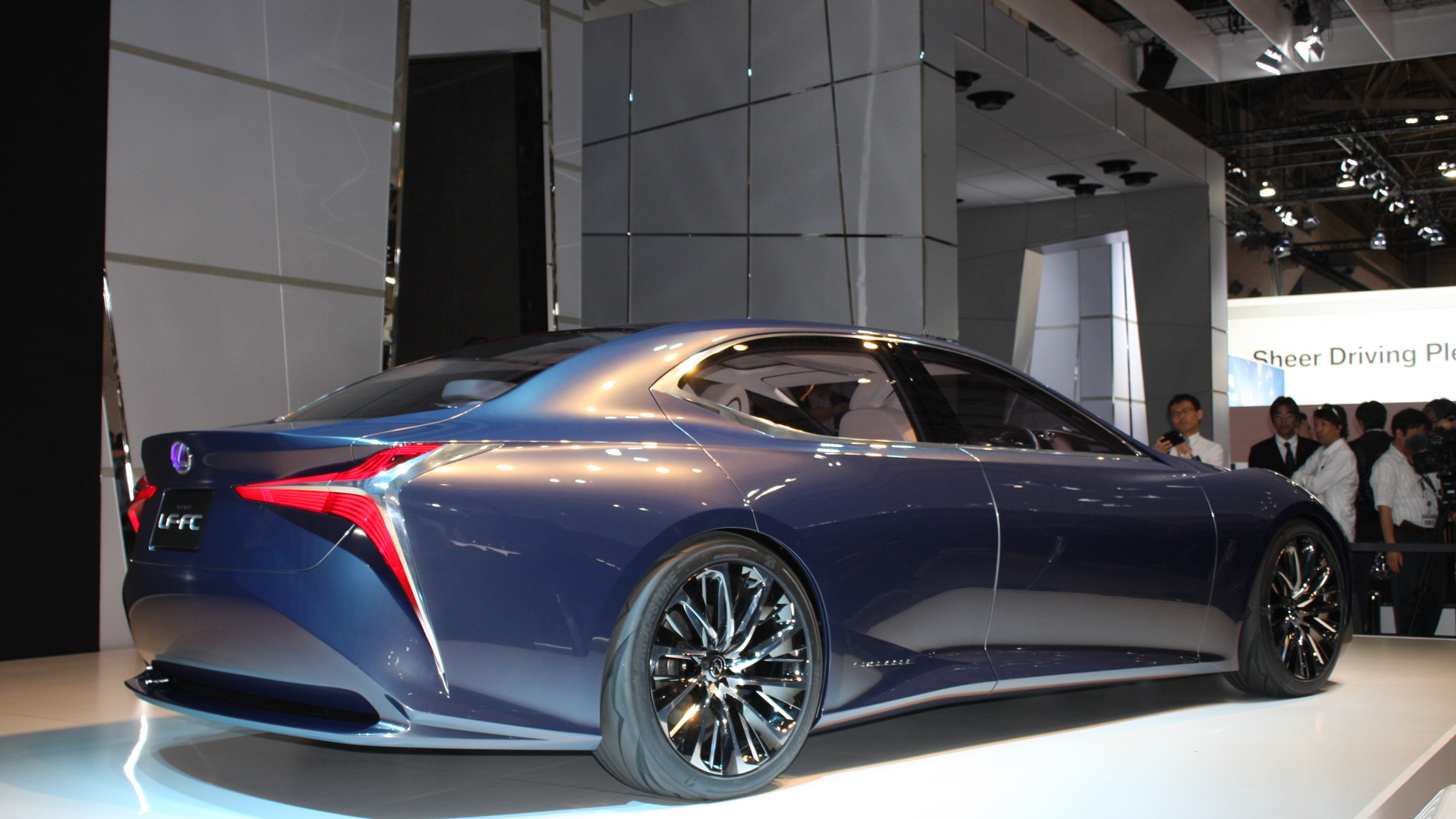 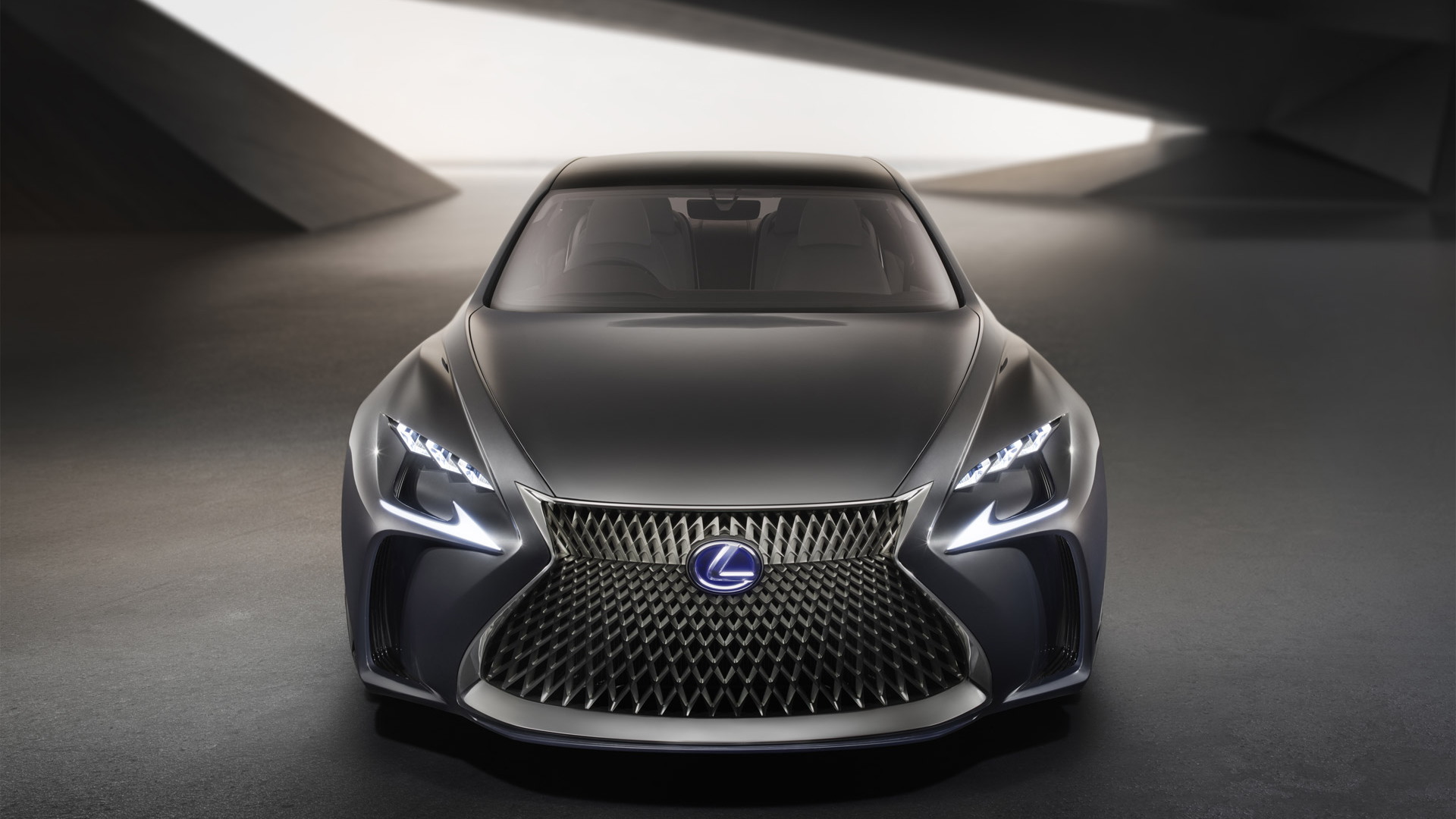 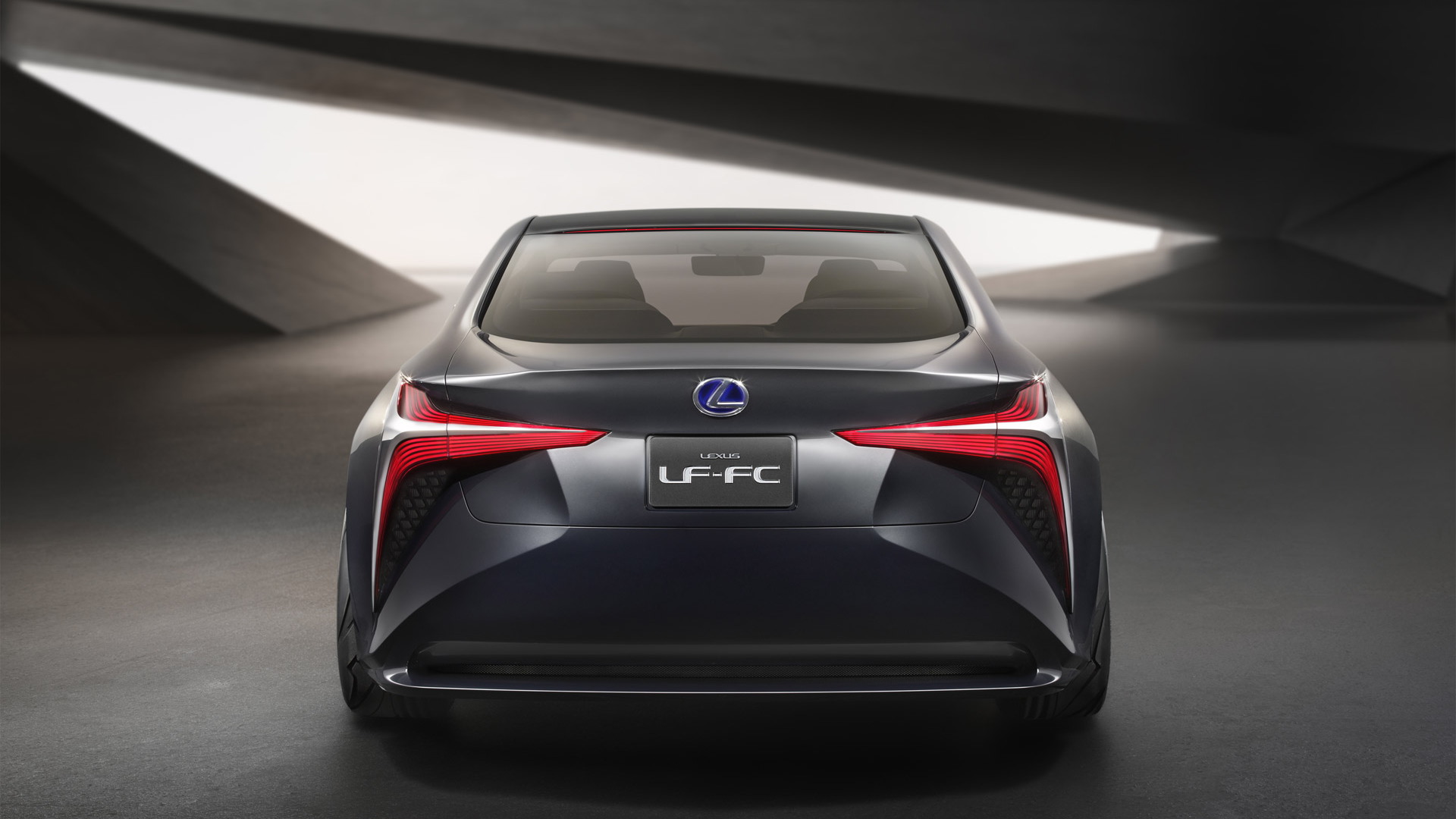 11
photos
The next-generation Lexus LS luxury sedan could be offered with a hydrogen fuel-cell powertrain option.

After multiple reports that Toyota was considering this for its luxury brand, Lexus unveiled a fuel-cell concept car at the 2015 Tokyo Motor Show.

The Lexus LF-FC is a large fuel-cell sedan that the carmaker says previews its next flagship model.

Power generated by fuel cells is sent to all four wheels, with two-in wheel motors in front.

The fuel-cell stack is mounted in the rear of the vehicle, with a control unit in front and a T-shaped arrangement of hydrogen tanks.

Lexus says this arrangement makes for an optimal weight distribution.

Instead of the more formal profile of the current LS sedan, Lexus attempted to create a "four-door coupe," lowering the roofline and shoving the greenhouse further back.

The 21-inch wheels are made from carbon fiber-reinforced plastic (CFRP).

MORE: By 2050, Toyota Says It Won't Sell Many Combustion-Engine Cars

On the inside, there's plenty of aniline leather on the seats, doors, and dashboard. The driver gets a gesture-based control system, while rear passengers get reclining seats.

Some of the styling elements of the LF-LC will likely be incorporated into the next-generation LS, and it's possible the fuel-cell powertrain will be too.

Lexus could launch a fuel-cell LS by 2020, in time for the Tokyo Olympics, according to a Nikkei report that came out earlier this week.

That echoes a report from late last year, which stated that a planned fuel-cell model would be positioned above the LS hybrid as the most expensive variant of the big sedan.

Fuel-cell vehicles will also probably play a big role in achieving the carmaker's recently-stated goal of reducing emissions 90 percent from 2010 levels by 2050.

For more 2015 Tokyo Motor Show coverage, head over to our show news hub.