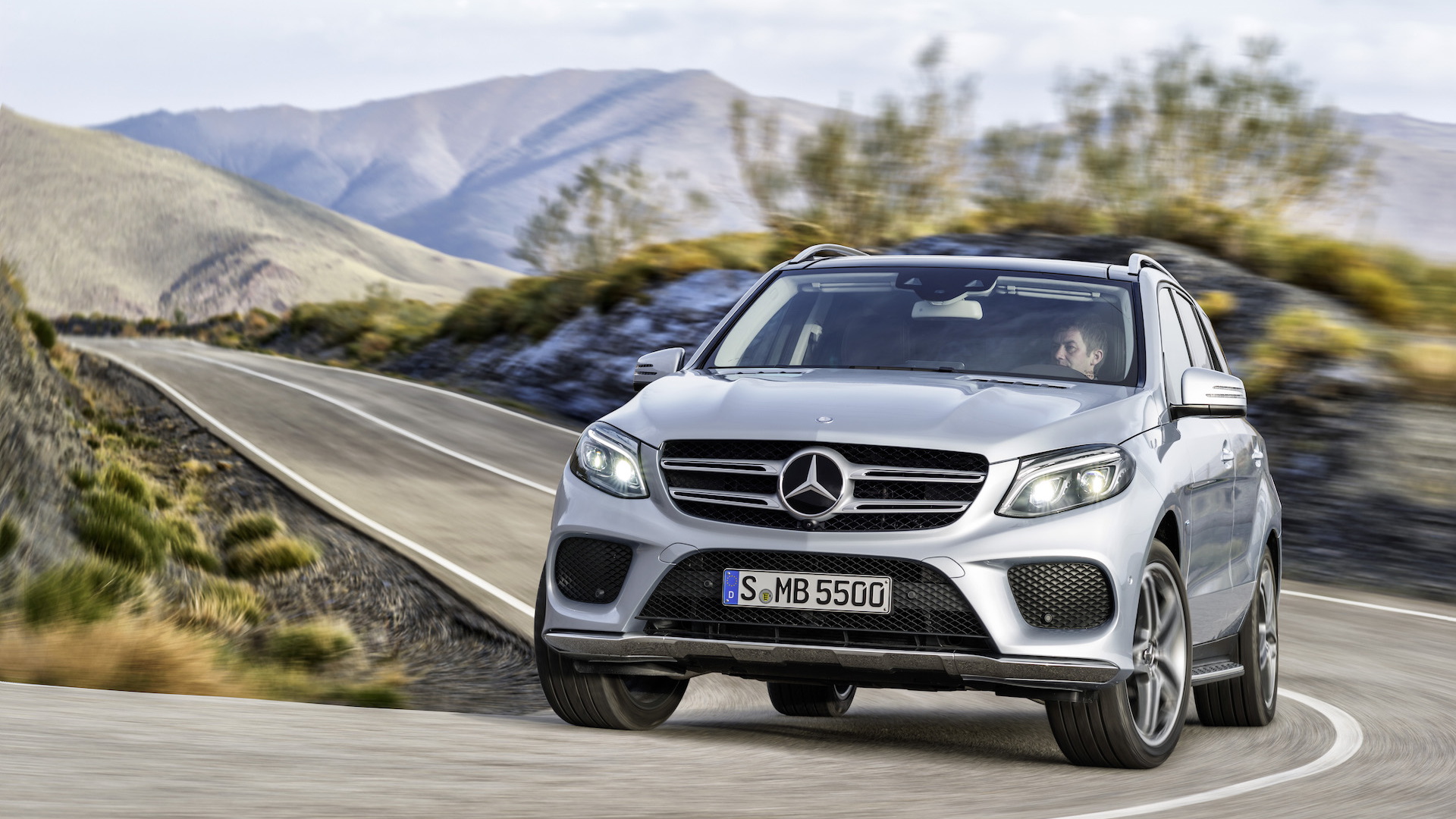 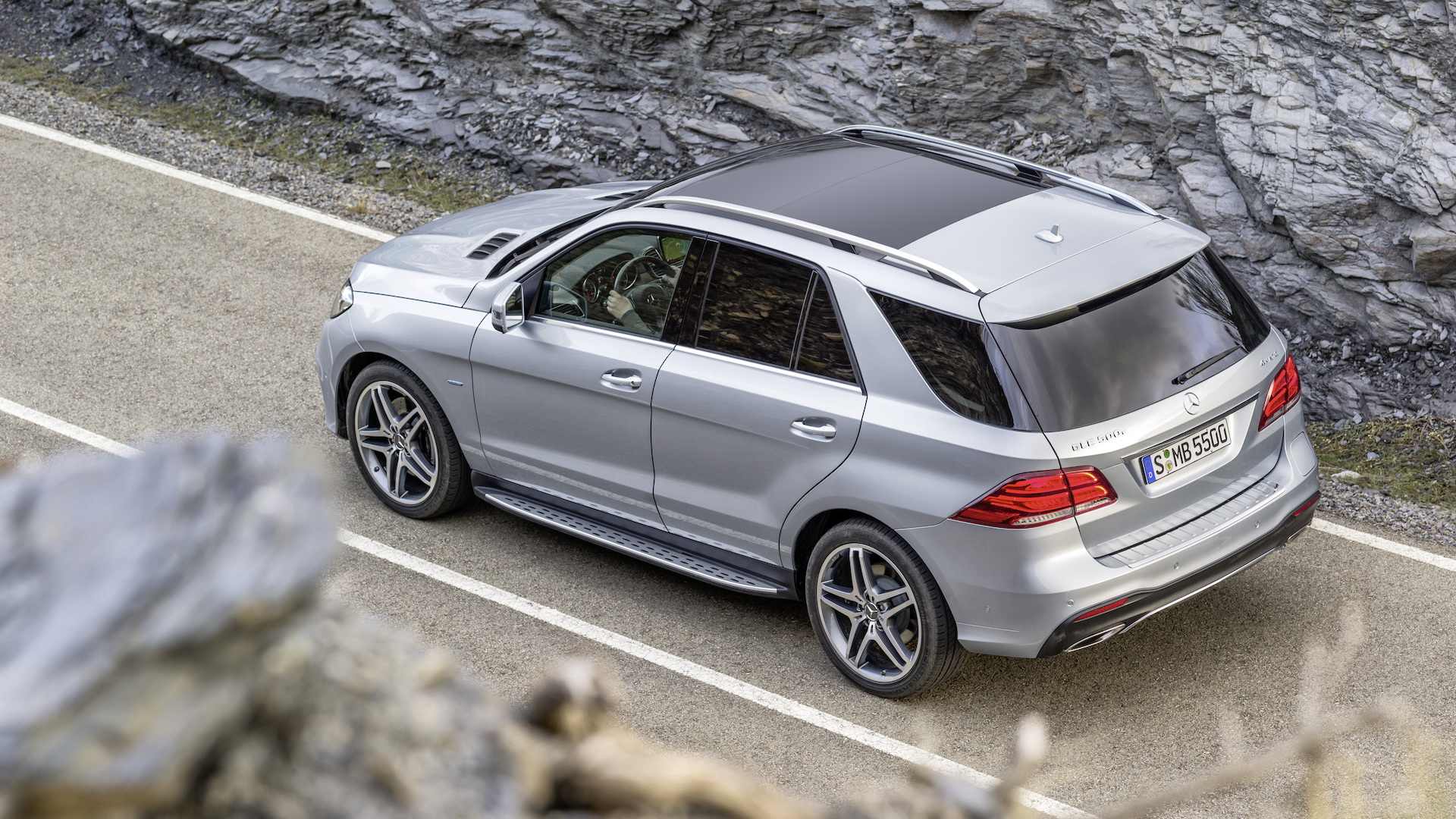 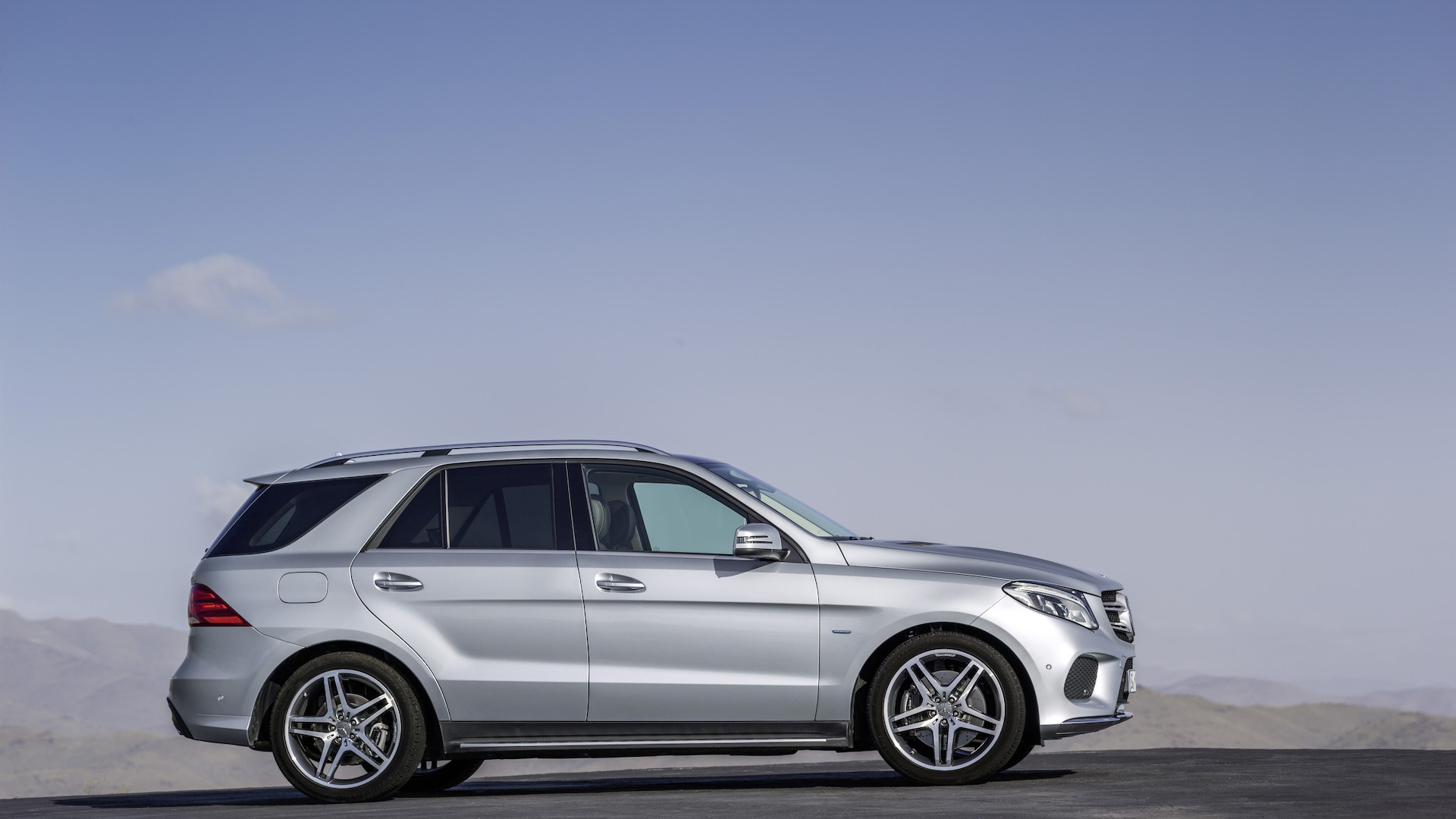 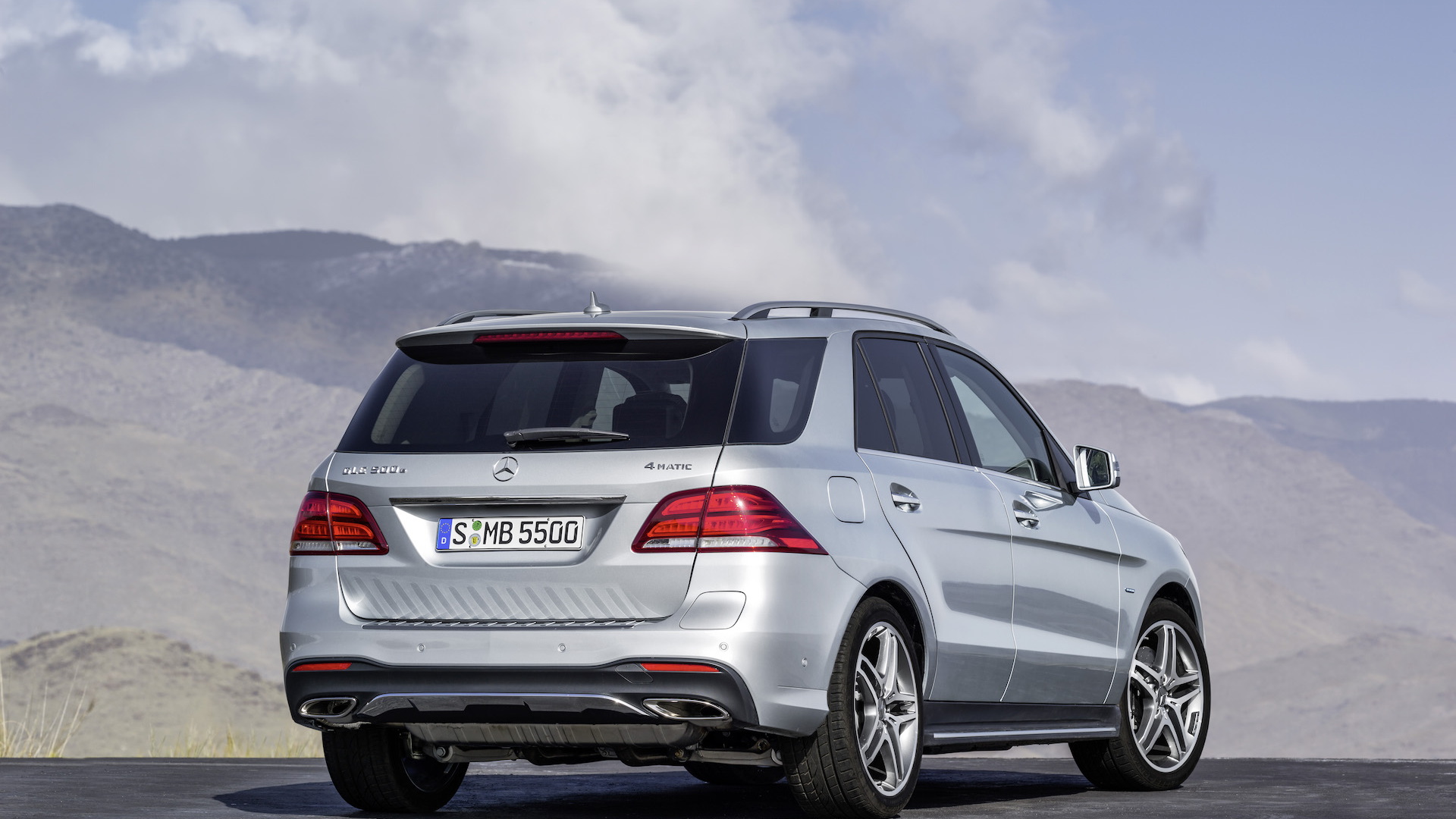 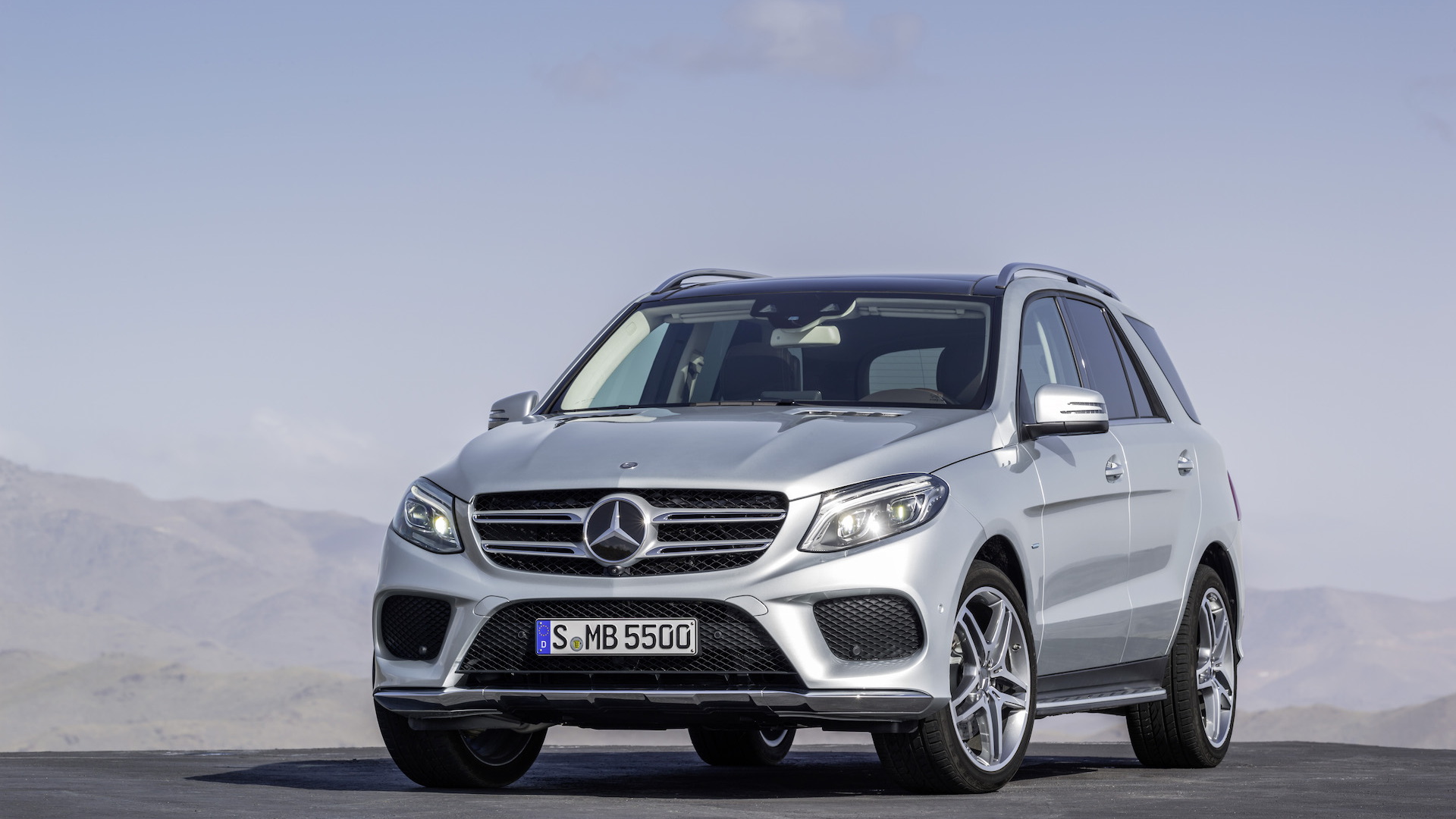 The 2016 Mercedes-Benz GLE may seem like a new model, but in fact it's the renamed sport-utility vehicle we used to know as the ML-Class.

And the company has released details of the full range of 2016 GLE models, including its first-ever plug-in hybrid SUV, to be known as the GLE 550e.

It's the third plug-in hybrid in the range, after the 2015 S 550 Plug-In Hybrid (shortly to go on sale in California) and the 2016 C 350e (for which we'll release driving impressions shortly).

The powertrain of the GLE 550e comprises a 329-hp V-6 engine with a 85-kilowatt (114 hp) electric motor sandwiched between the engine and an adapted version of the company's seven-speed automatic transmission.

Total power output from the two systems working together is quoted at 436 hp. Maximum torque is a substantial 479 lb-ft.

This powertrain is quite similar to that used in the plug-in hybrid S-Class sedan, while that of the smaller C 350e pairs the electric motor with a 2.0-liter four-cylinder engine instead.

On the more lenient NEDC European test cycle, it achieves up to 30 km (18.6 miles) of all-electric range.

Meanwhile, its fuel consumption figures on the same cycle are even lower than those of the GLE 200d diesel four-cylinder version (which won't be offered in the States).

As with the other plug-in hybrids, drivers can select from among Hybrid mode (the default), E-Mode (which provides all-electric travel up to 81 mph), E-Save (which conserves battery charge for later use), and Charge (which uses the engine to charge the battery, an inefficient but convenient way to travel on all-electric power later in your trip).

The 8.8-kilowatt-hour lithium-ion battery pack is located under the rear load deck.

The 2016 Mercedes-Benz GLE 550e will go on sale this September, roughly a month after the launch of the rest of the new GLE-Class range.

Pricing has not yet been released.