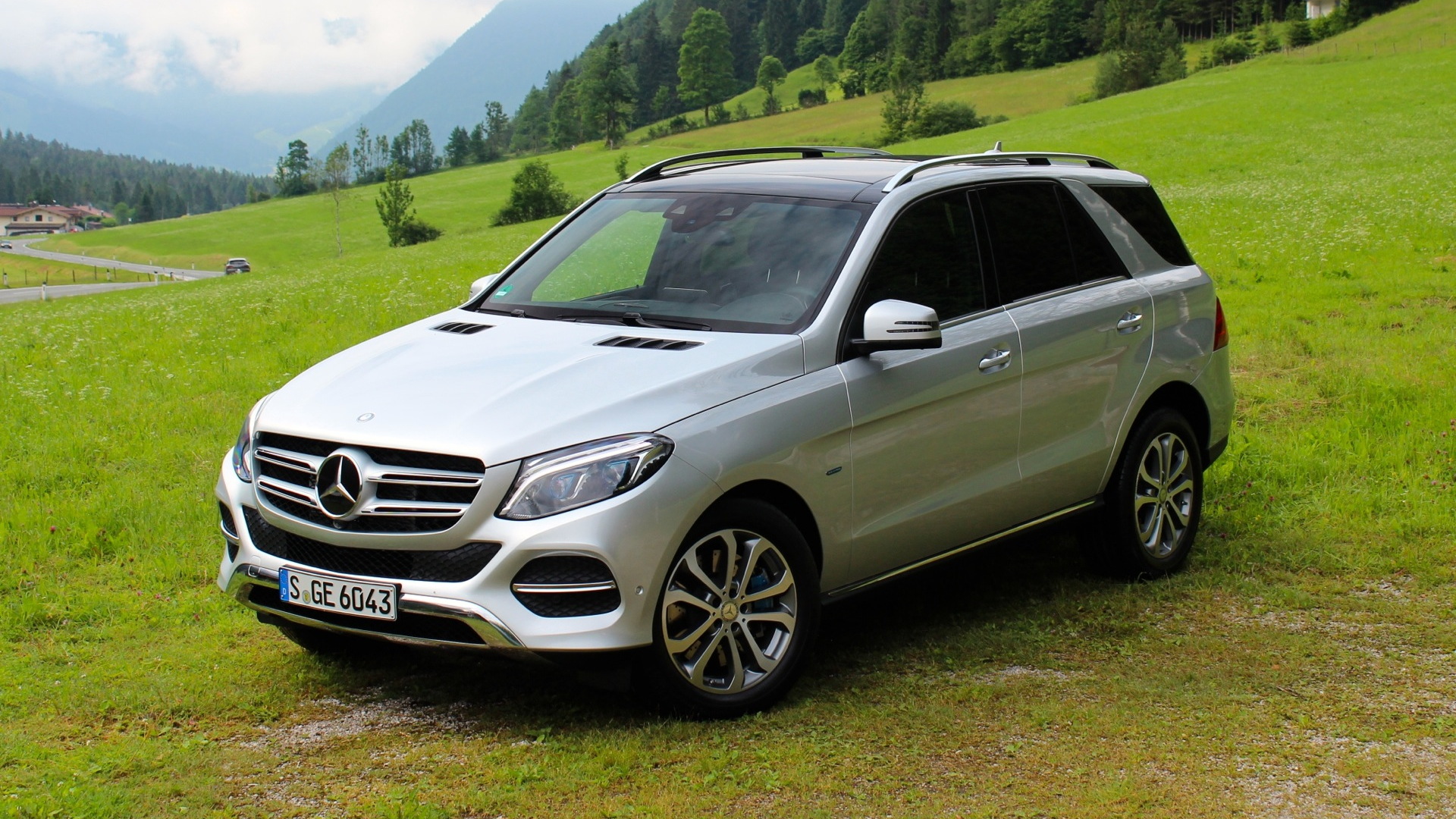 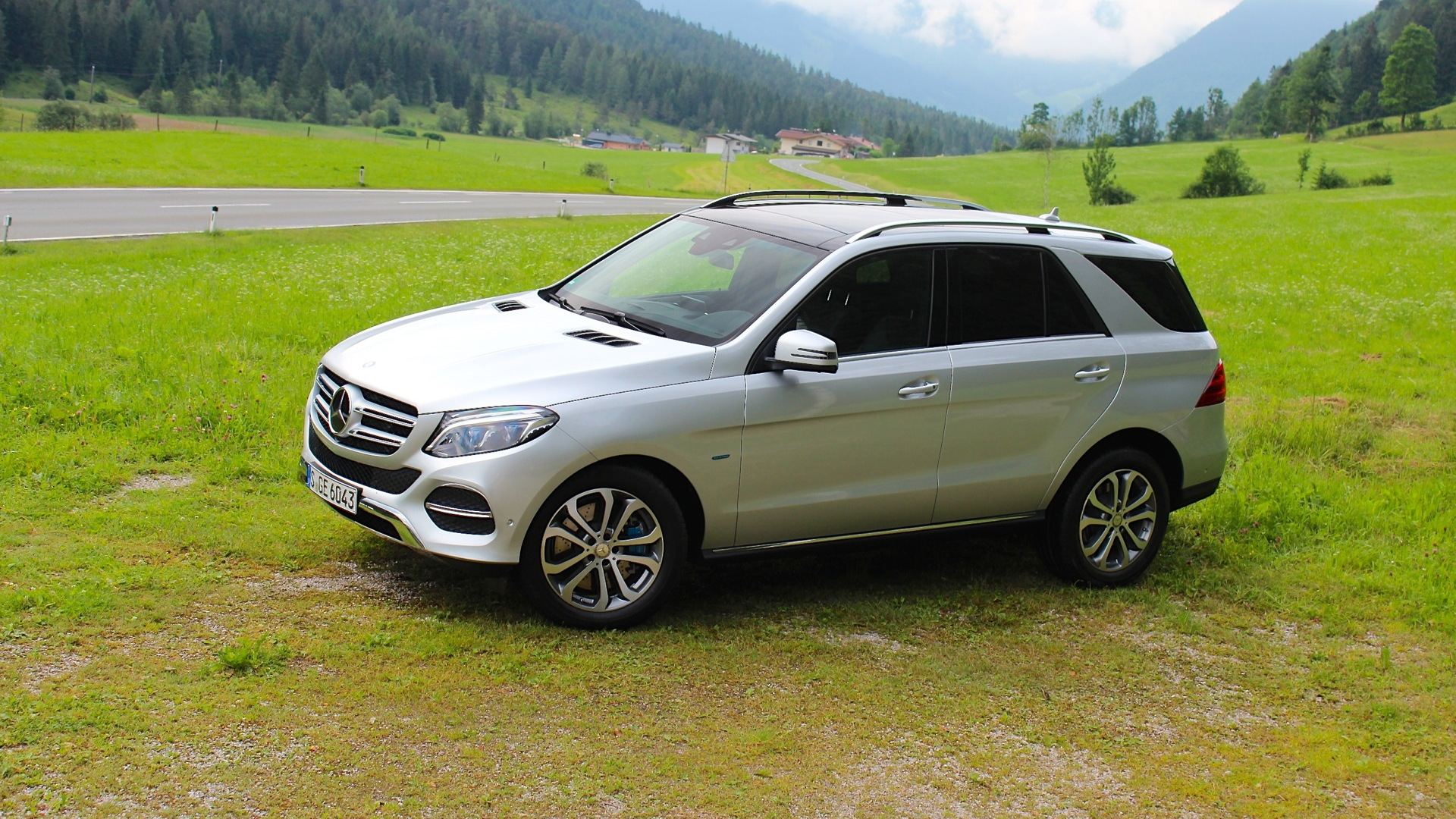 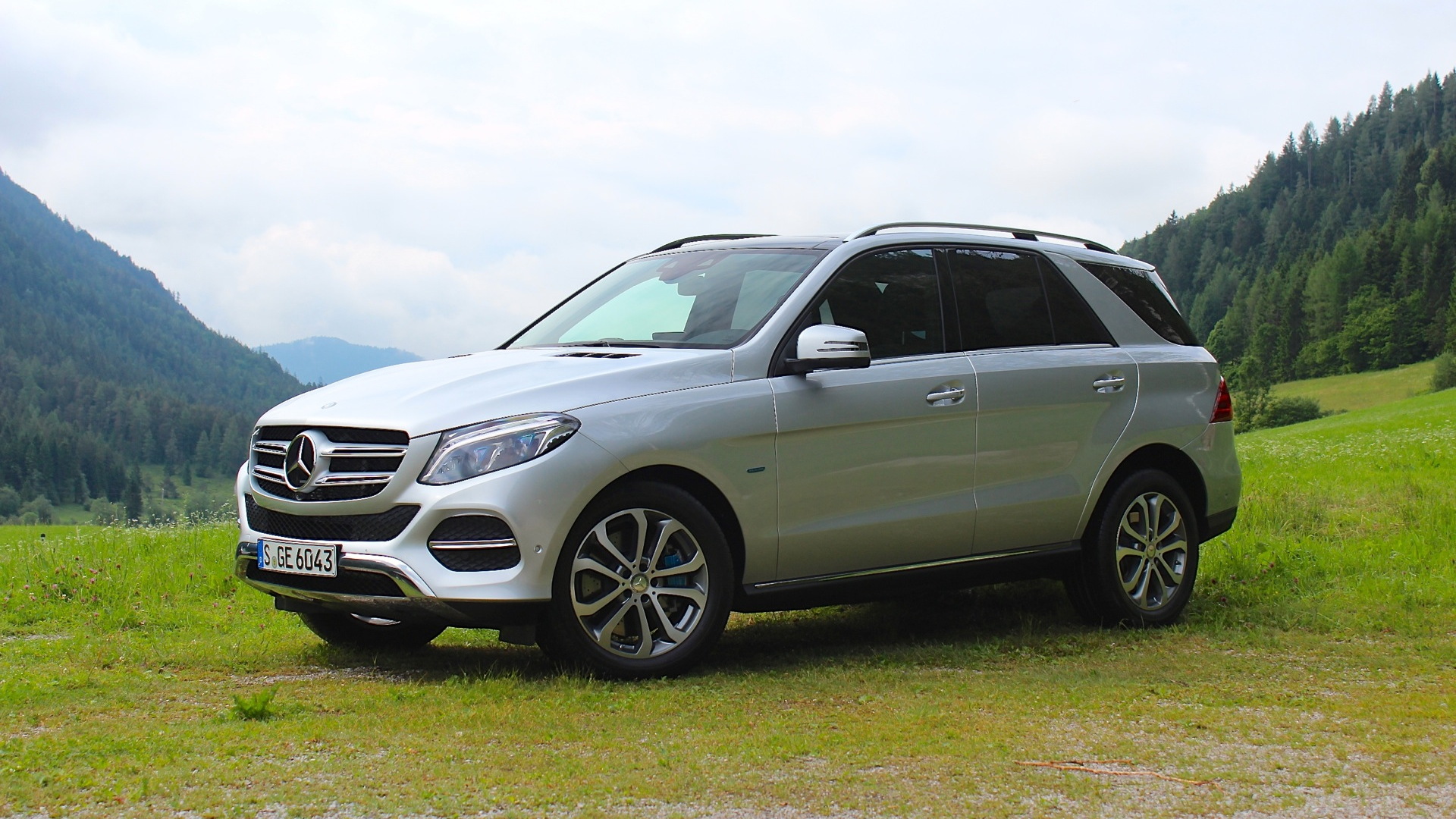 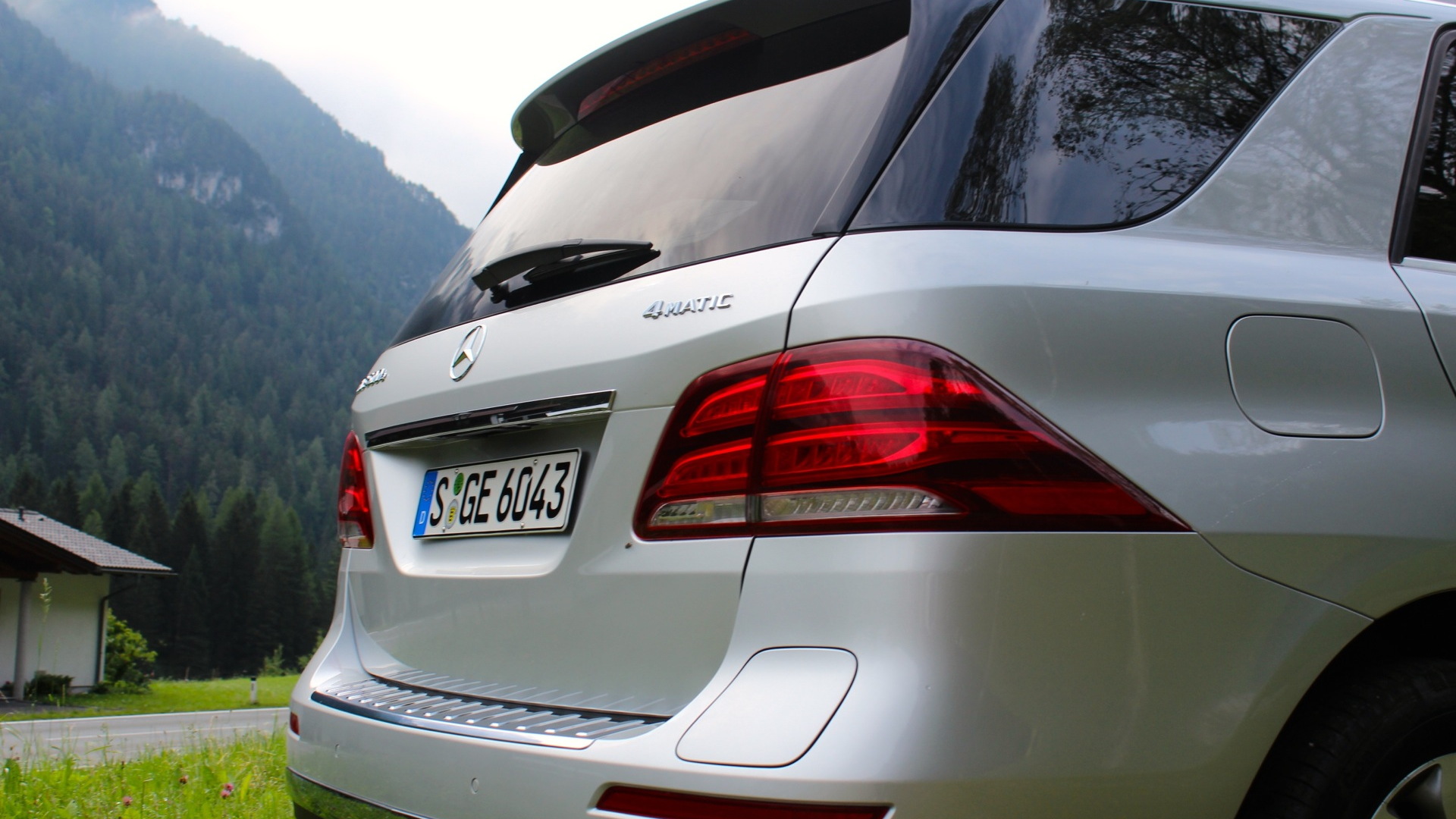 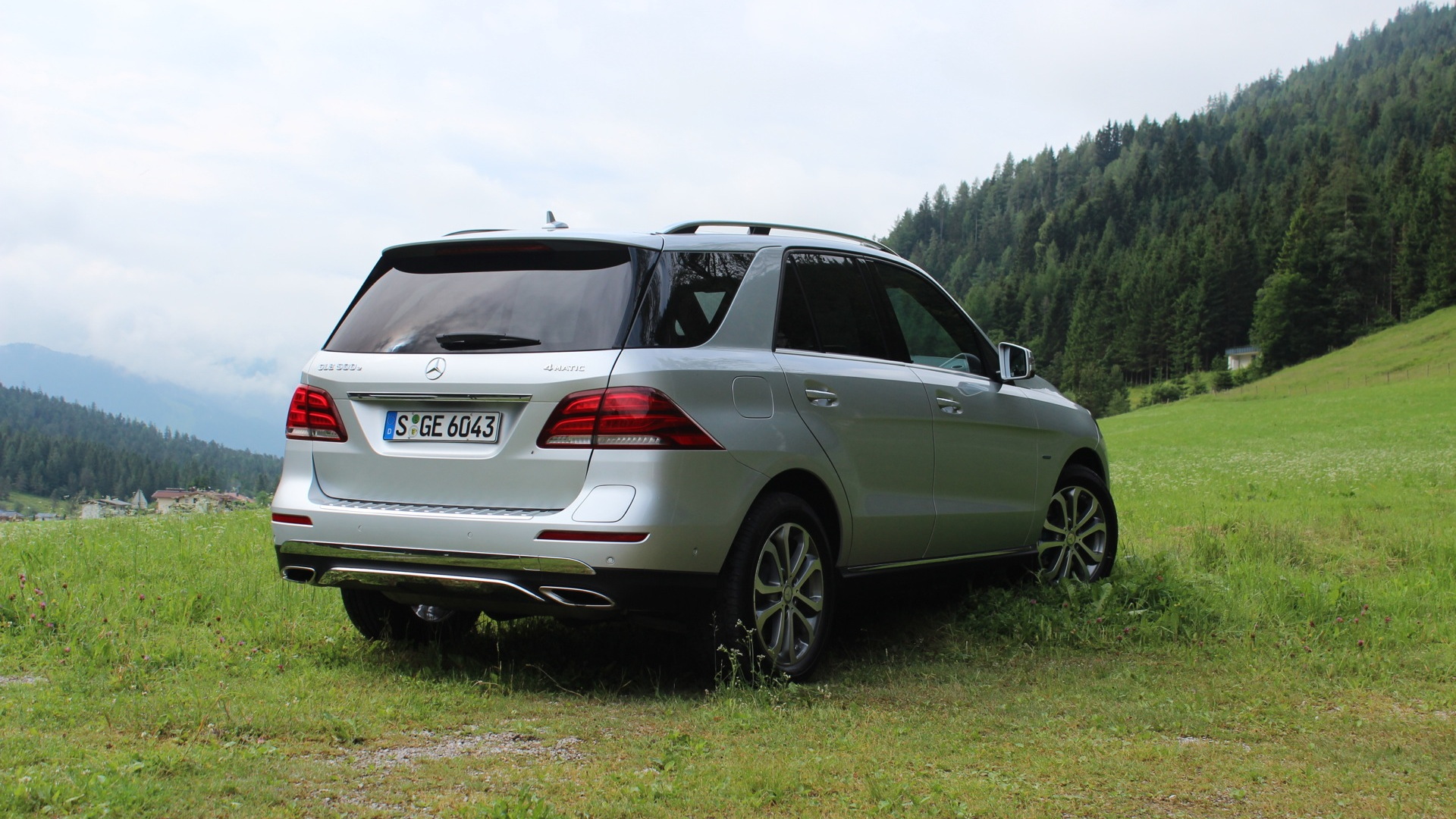 Until quite recently, luxury SUVs and plugging in didn’t really go together. Yet with the introduction of the 2015 Porsche Cayenne S E-Hybrid, the upcoming 2016 BMW X5 xDrive40e, and soon the 2016 Mercedes-Benz GLE550e Plug-In Hybrid, this corner of the market has entirely changed.

All three offer a modest range of around 20 miles of all-electric driving, as part of multi-mode hybrid systems that aim to provide performance that’s as quick—or quicker—than their base gasoline counterparts.

In Austria, we recently got a quick 50-mile drive in the Mercedes-Benz GLE550e, which will go on sale later this fall. It will be the third plug-in hybrid to be added to the Mercedes-Benz model range. The GLE550e follows the 2015 Mercedes-Benz S550 Plug-In Hybrid and the 2016 C350e, and it will be followed by at least one more plug-in hybrid—a version of the new 2016 GLC (GLK replacement)—in the near future, likely for the 2017 model year.

The hybrid system is essentially the same as the one that made its debut in the current S-Class Plug-In Hybrid.

In the GLE550e, a twin-turbocharged 3.0-liter V-6 makes 329 horsepower and is mated to an 85-kW electric motor at the front of the seven-speed automatic transmission, with a clutch pack able to take the gasoline engine out of the driveline when desired. Altogether, the system makes 436 hp and 479 pound-feet of torque.

An uncommon smoothness to the hybrid system

Performance is strong; 0-60 mph takes around seven seconds, conservatively, and transitory response for passing and quick maneuvers is very good for a big, heavy SUV. On a curvy mountain road, on and off the throttle, we found this powertrain to be in its element, mixing power sources with a smoothness that’s uncommon in hybrids—especially large ones with multi-speed transmissions and clutch arrangements.

The brakes are just a bit different than those of most plug-in hybrids. The smooth, virtually indetectable transitions between brake regen and physical contact might feel a little off-putting at first, but after some miles we liked how brakes are simply brakes, and easily modulated.

READ: Uber CEO To Tesla: Sell Me Half A Million Autonomous Electric Cars In 2020

An 8.8-kWh battery pack—rather small for such a hefty vehicle—allows the GLE plug-in to cover about 19 miles in a pure electric mode.

Mercedes-Benz hasn’t included fast-charging capability here, as VW plans to do with its plug-in hybrids, but it can be fully charged on 240V in as little as two hours—or in the vicinity of four to five hours from a 110V household AC socket. The charger socket on the GLE550e is, by the way, in an awkward spot: right at the vehicle corner, in a location that’s typical for parking-lot dings.

Of course from the driver’s seat you have plenty of control over what the powertrain is doing (although it’s lacking one important thing, and I’ll get to that). With a mode selector, you can access Hybrid, E-Mode, E-Save, and Charge modes. While E-Save simply maintains the level of battery charge where it’s at, Charge mode allows you to completely recharge the battery when desired—in only about 40 minutes, albeit at much-reduced fuel efficiency. Such a feature could be useful if you’re driving along rural roads and want to go back to the electric mode for a low-speed urban slog.

Meanwhile, the GLE550e has the same Dynamic Select modes that other GLE models have, including Comfort and Sport modes, controlling steering, ride firmness, and transmission behavior.

The 2016 Mercedes-Benz GLE is very spacious inside, with second-row seats that would be plenty comfortable for adults on long trips. The one thing that isn’t offered in the GLE is a third row; you’ll need to move up to the GL—due to be relaunched late this year as the GLS—for that. And we’ll have to assume at some point that a GLS plug-in is in the works, too.

Just as with other GLE models, you can even opt for an Off-Road package that brings a low range and center diff lock.

That said, just as is the case with some plug-in hybrid models, keeping it in pure electric mode, if you intend to keep up with traffic, may be a challenge.

In all, the GLE550e is a pleasant-driving plug-in hybrid SUV. But we think that two things will keep this model from ever being a hit with U.S. drivers.

One of them is that there’s no way to lock this plug-in in its electric mode. Even in the GLE550e’s E-Mode, it’s somewhat challenging—and an exercise in restraint—to keep the gasoline engine off. Even slight uphill grades made it almost impossible to stay only on electricity—unless we resigned to lose some velocity and drive with the figurative egg under our right foot.

We asked Mercedes-Benz engineers, who had worked with Magna to engineer the core electrification components in this and other plug-in models from the automaker, why there was no means of locking an EV mode in, and they said that the system didn’t allow enough torque with only the electric motor system to “move safely” when maximum power was needed.

Although Mercedes-Benz boasts that the GLE550e can go up to 81 mph in all-electric mode, that likely doesn’t count the acceleration in getting up to that.

The other is availability. For the U.S., the GLE550e is only to be sold in ZEV Mandate states, and its availability is likely to be quite limited for those who don’t head to their dealership and—gasp—order one.

Fuel economy figures and pricing—two of the most important sets of figures—haven’t yet been released for the GLE550e. We hope to revisit this model within the next year for a longer drive, taking into account all the numbers.

We’re simply not sure whether the GLE550e and its cohort will see any measure of success in the U.S. While we’re eager to see more plug-in hybrid SUVs—and ones that feel as strong and sporty as this—we think that more of a focus on efficiency and all-electric motoring might better deliver what the California crowd really wants.