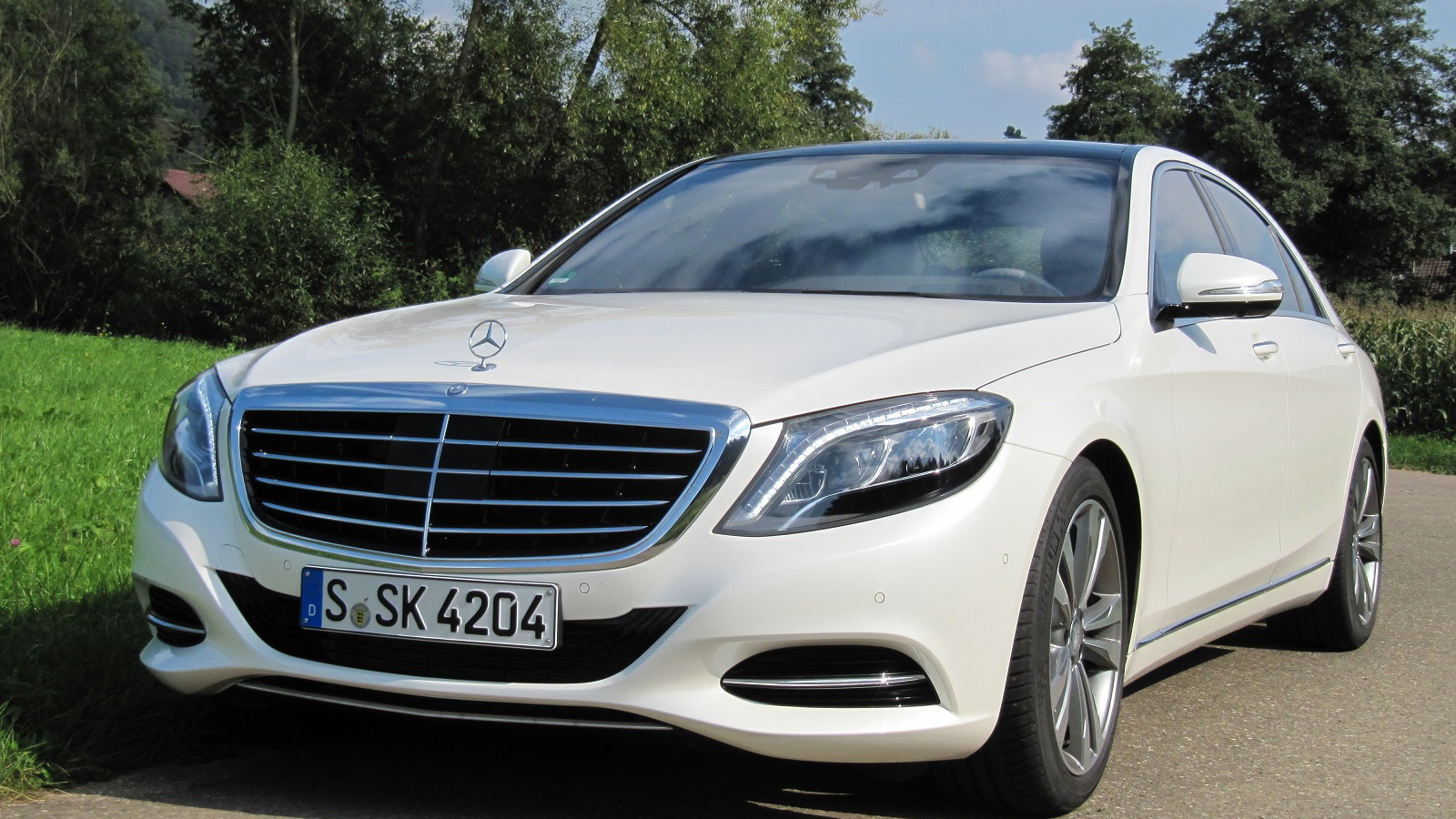 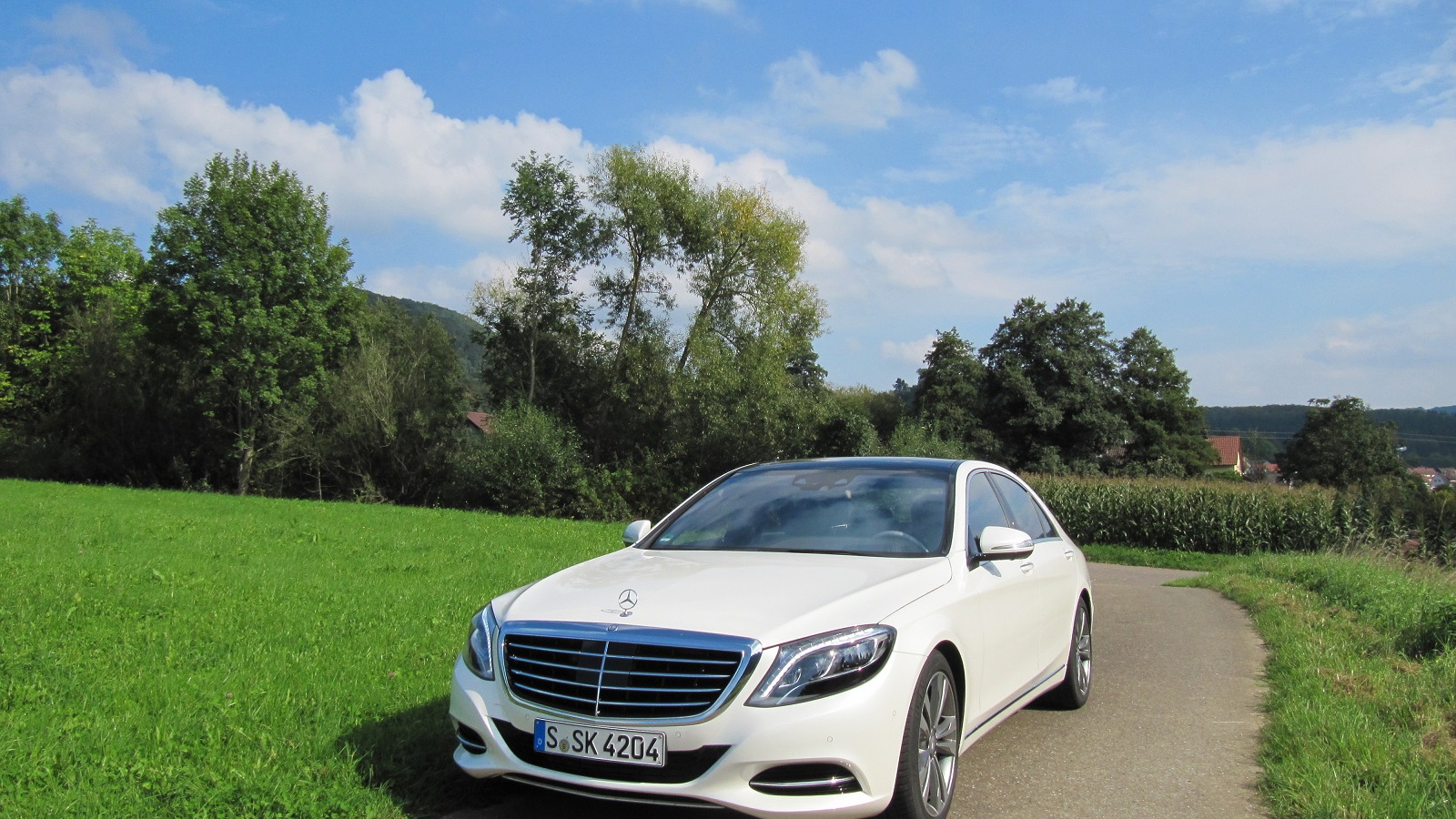 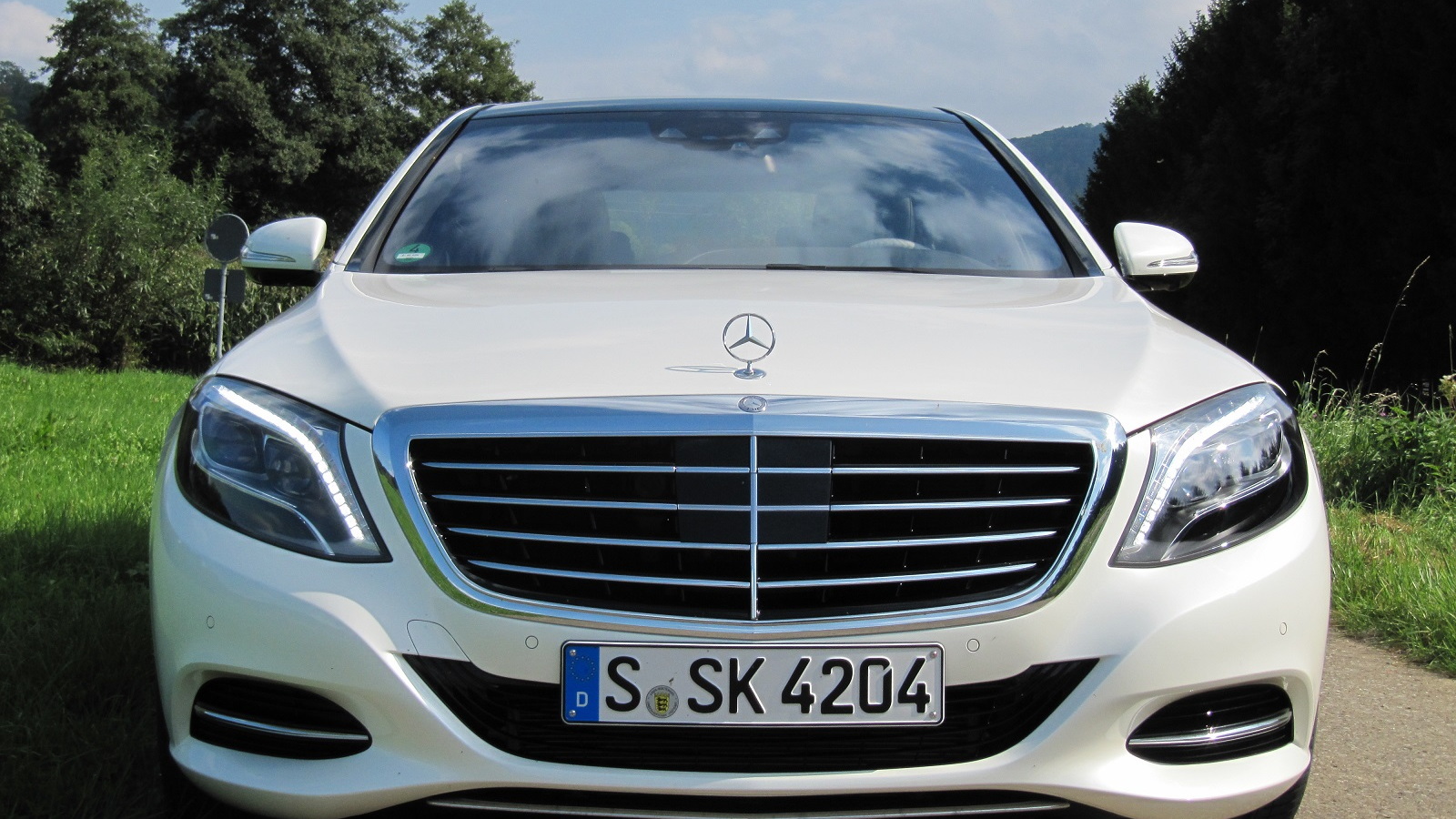 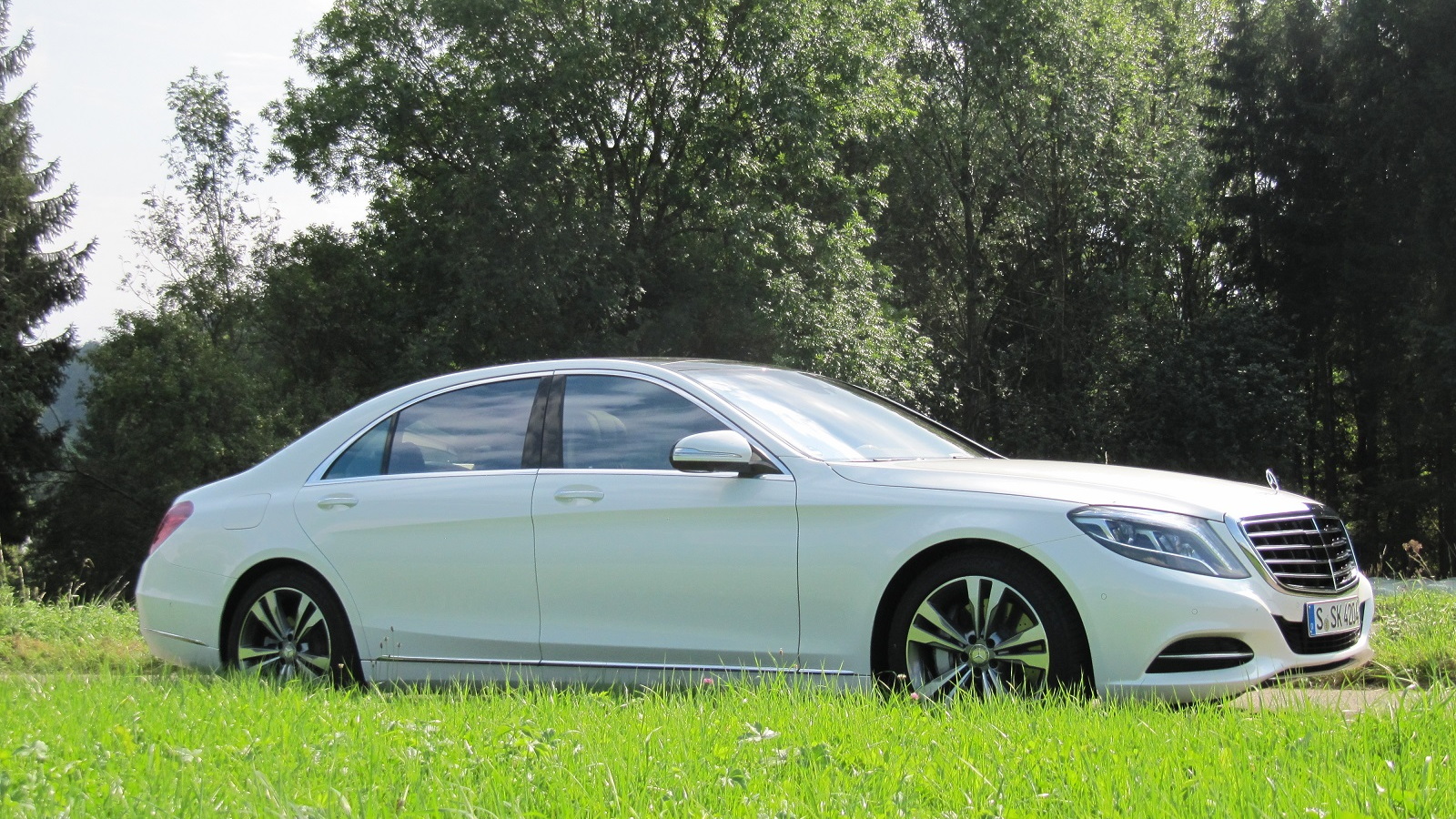 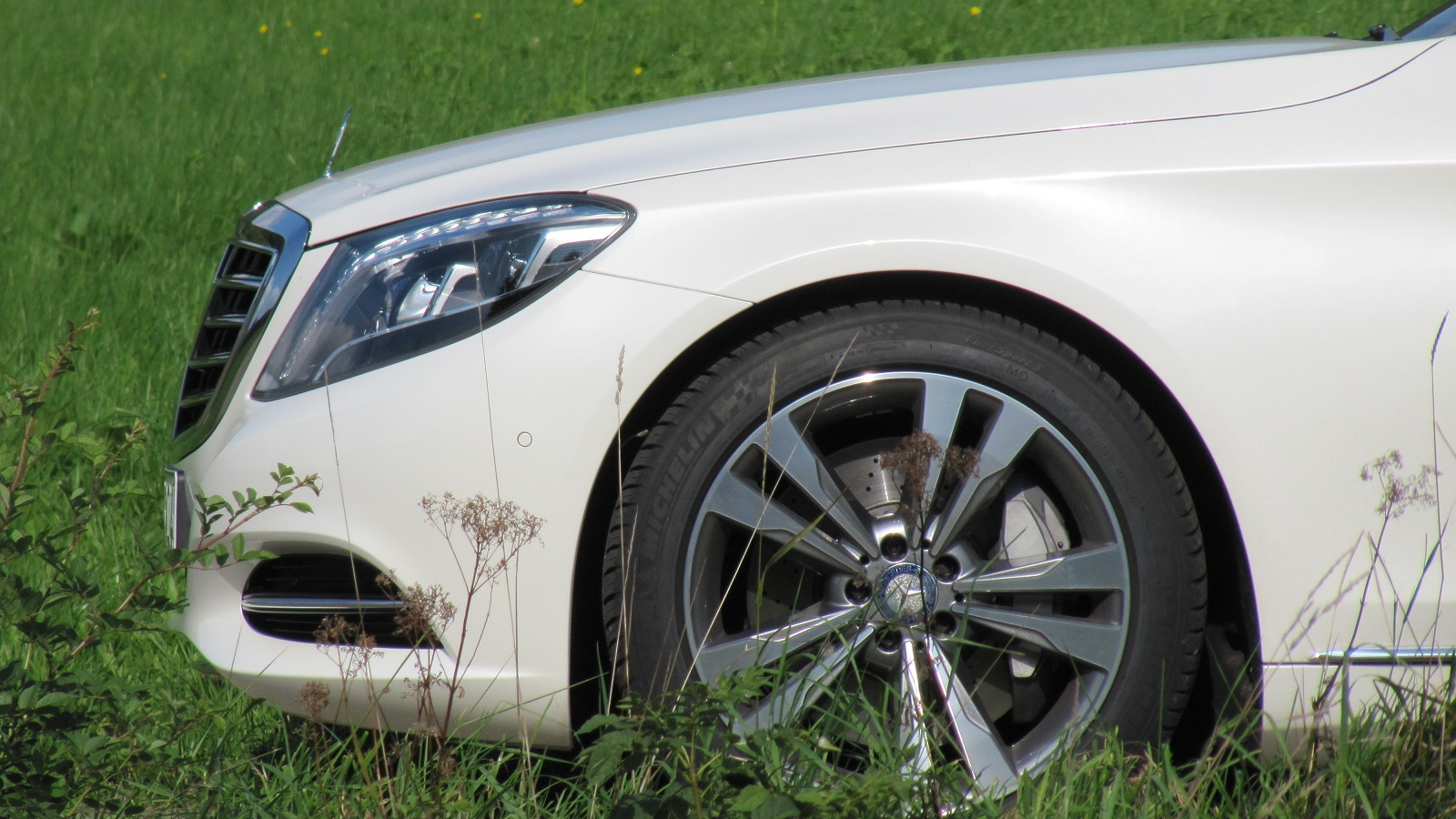 The 2016 Mercedes-Benz S550 Plug-In Hybrid luxury sedan will arrive in the U.S. next spring.

We've now driven a prototype of the U.S.-spec car, which is quiet, luxurious, and likely to carry a six-figure price tag.

And it will be followed within a year by two more plug-in hybrids using the same powertrain: a smaller C-Class sedan, and a refreshed version of the current ML crossover utility vehicle.

The basic powertrain is a gasoline V-6 engine with a single electric motor sandwiched between it and an adapted version of Mercedes' own seven-speed automatic transmission.

The electric motor can produce 85 kilowatts (114 horsepower) of peak output, and it is powered by a trunk-mounted 8.7-kilowatt-hour lithium-ion battery pack (of which 6.4 kWh is usable).

Our initial driving impressions of the new plug-in hybrid S-Class was that the essential qualities of the large luxury sedan have been preserved.

The engine switches off and on all but imperceptibly, and the transitions between power modes are far smoother than in any previous hybrid from Mercedes.

It's slightly disconcerting to experienced electric drivers to feel the car's transmission up- or down-shift while in electric mode, but again, the shifts are so imperceptible that you have to pay close attention to feel it.

There are four basic driving modes: E, for conventional electric-then-hybrid operation, is the default. E+, the ultra-energy-saving mode, is not as annoying in this car as in many less expensive vehicles, and the performance remains tolerable--if not particularly lively.

The E-Save mode allows the driver to conserve battery charge for when it's needed, turning the car into a conventional hybrid even if the battery has capacity remaining.

And finally, there's Sport mode, which hustles the big sedan along noticeably more quickly if driven aggressively--but keeps the engine on throughout, with the electric motor providing boost under acceleration.

We noticed that using the paddle shifts behind the steering wheel to provide more immediate power also immediately switched on the engine.

Our test drive routes, which covered more than 60 miles all told, included highways, fast two-lane rural roads, and a fair amount of slower traffic through towns, villages, and traffic circles.

Under those circumstances, the plug-in S-Class stayed in electric mode an impressive amount of the time--although its maximum electric-only speed is 110 km/h (about 70 mph), far lower than average traffic on unlimited-speed autobahns.

Electric range appeared to be 15 to 18 miles, but we'll wait for EPA ratings, since the European test cycle tends to produce range ratings far higher--and less realistic--than those in North America.

Even at an indicated 150 km/h (93 mph), the car was smooth, quiet, and utterly confident--exactly the qualities that successful German businessmen buy them for.

Once in hybrid mode, the plug-in hybrid could have been a conventional S-Class for rear-seat passengers not paying much attention to the silent and smooth transportation.

Around town, keeping the car in electric mode required a moderate foot on the accelerator--but not the kind of acute attention demanded by some other hybrids.

Competition for this first Mercedes luxury sedan with a plug is hard to figure, beyond the obvious Porsche Panamera S E-Hybrid, which has now been on sale for most of a year.

But the significance of this vehicle is that it pioneers a serious production powertrain that will show up in more, and more affordable, vehicles from the three-pointed star.

And for those, stay tuned within the next year.