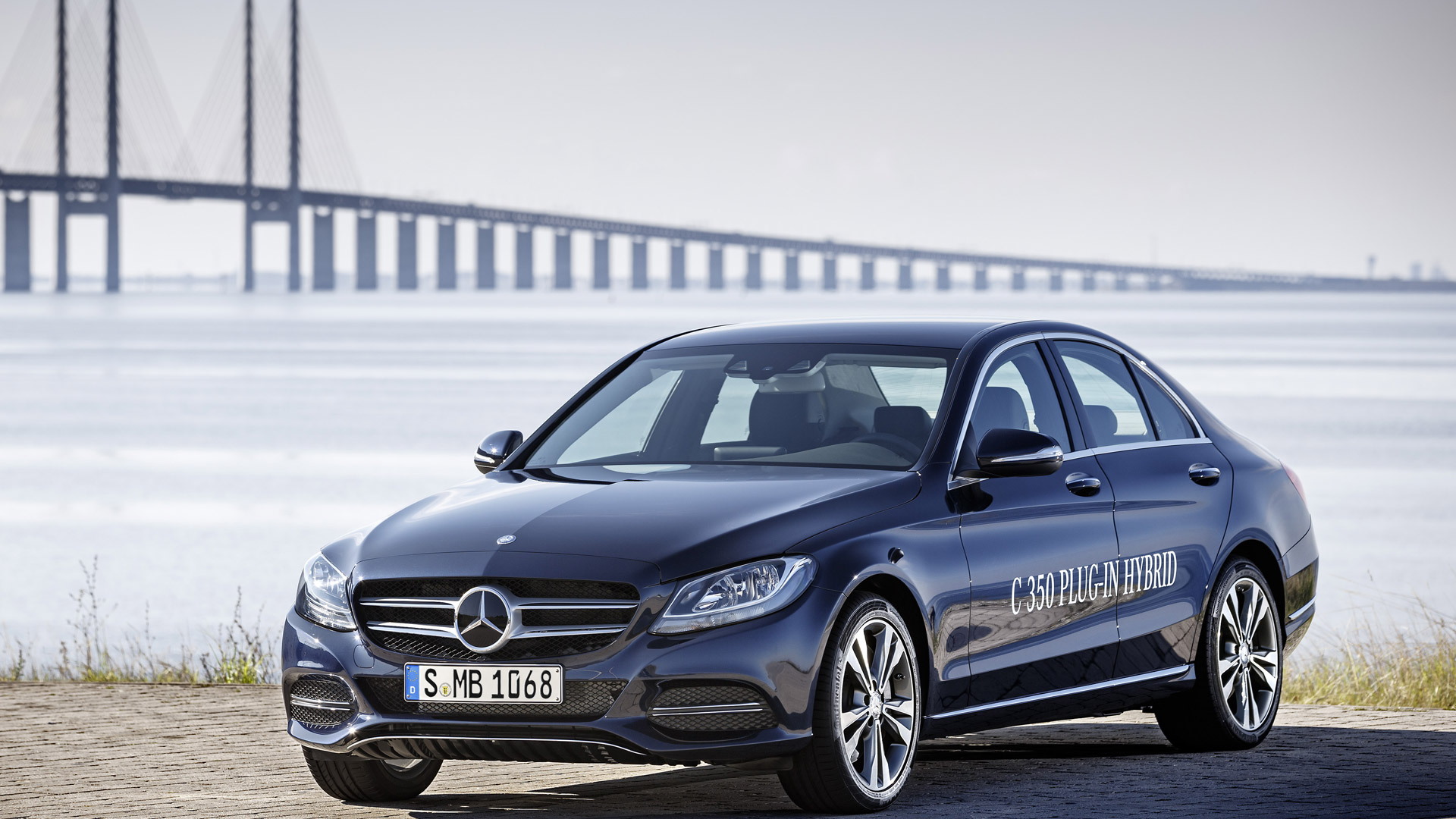 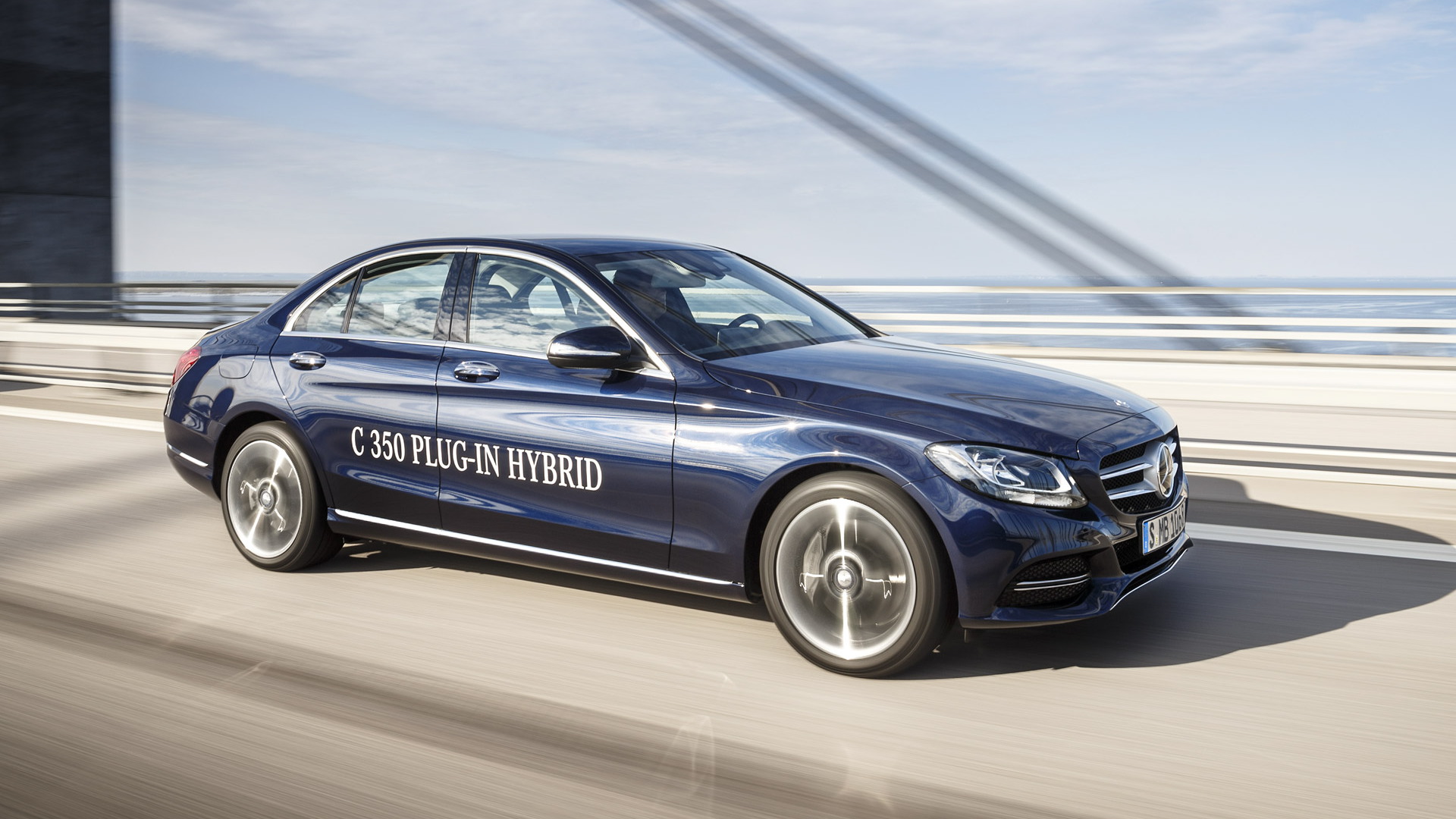 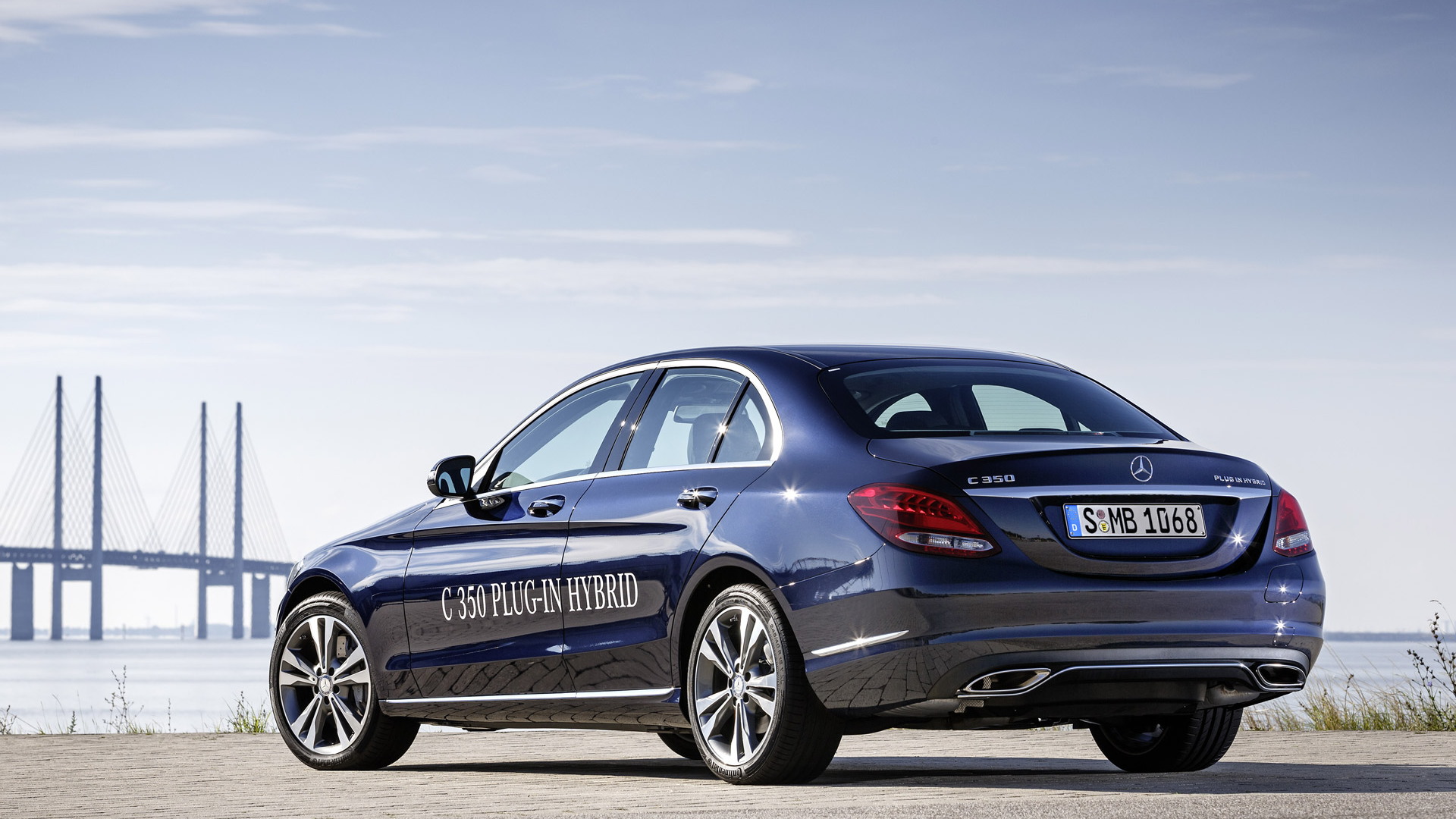 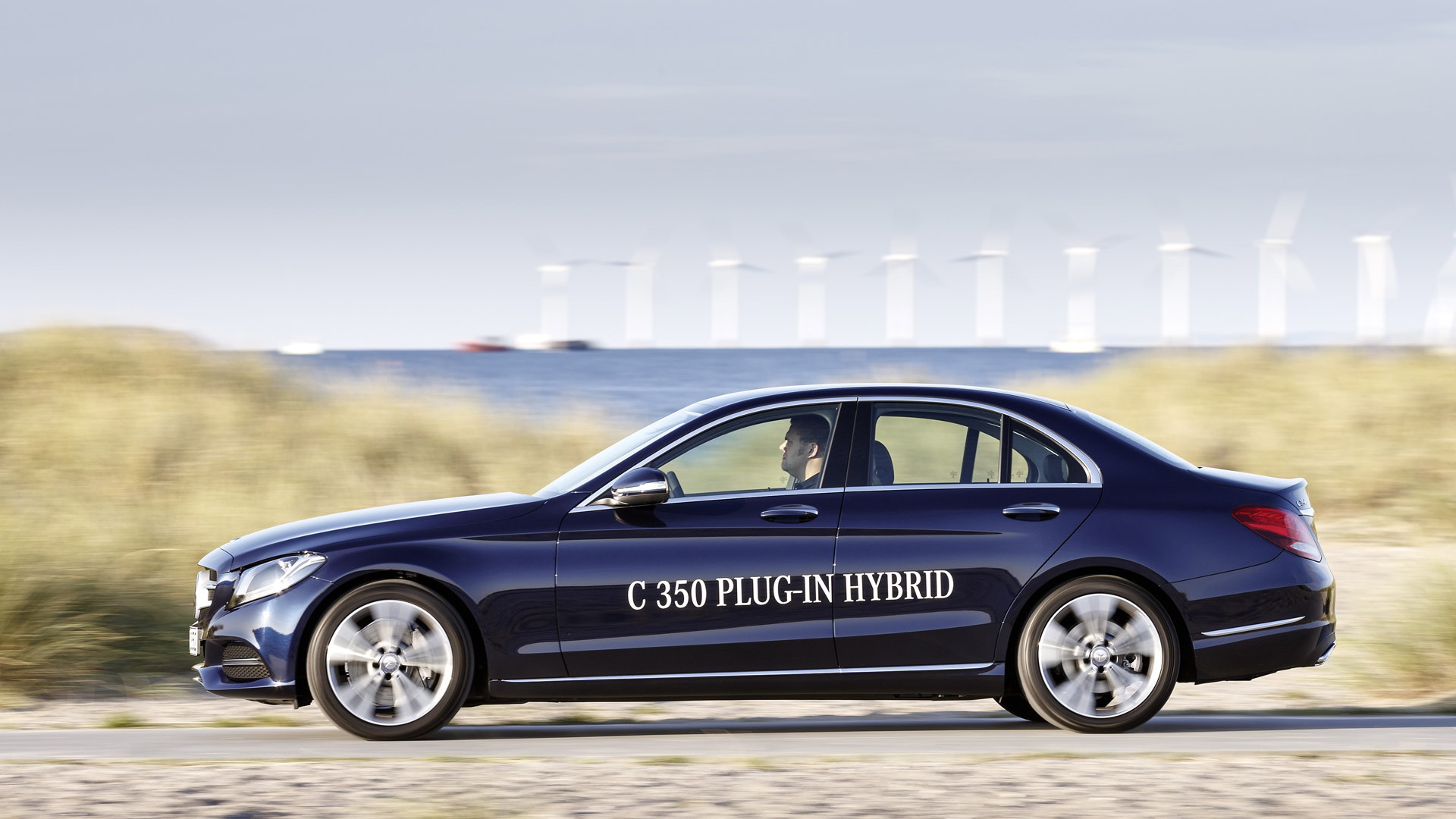 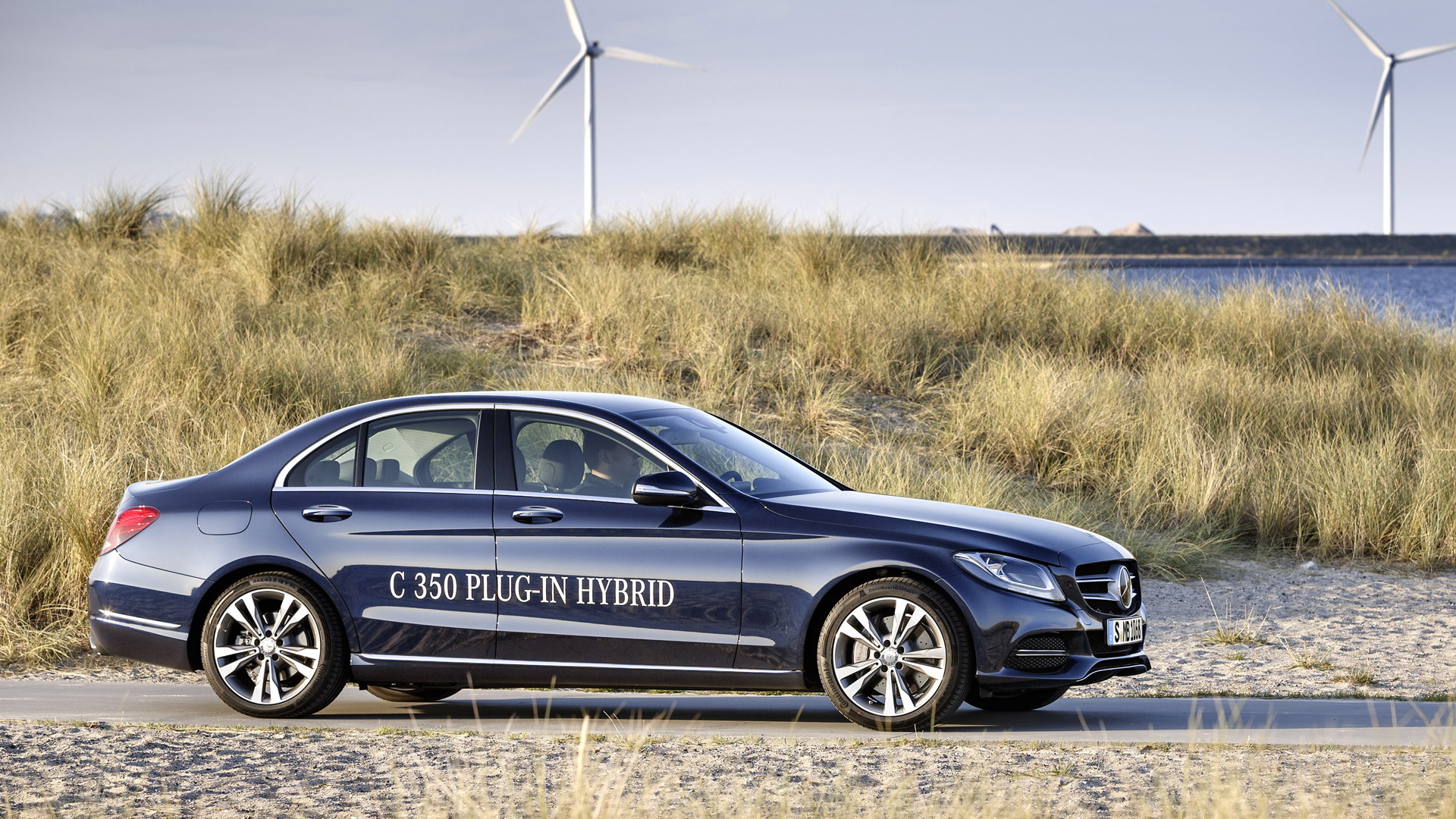 10
photos
Mercedes-Benz already plans to sell its S550 Plug-In Hybrid in the U.S., but at the 2015 Detroit Auto Show it unveiled a plug-in luxury sedan of somewhat more compact size.

The 2016 Mercedes-Benz C350 Plug-In Hybrid sedan (a wagon will also be offered in Europe) is one of three Mercedes plug-in hybrids--along with the S550 and an ML-Class plug-in crossover utility vehicle--that will go on sale in the U.S. this year.

The C350 Plug-In Hybrid's powertrain consists of a turbocharged 2.0-liter four-cylinder engine and seven-speed automatic transmission with an integrated electric motor, which gets its power from a 6.2-kilowatt-hour lithium-ion battery pack.

Drive is to the rear wheels only, and Mercedes lists total system output at 275 horsepower and 443 pound-feet of torque.

That's enough to get this German luxury sedan from 0 to 62 mph in 5.9 seconds, and on to a top speed of 130 mph when using both gasoline and electric power.

In electric-only mode, top speed is limited to 80 mph, while range is roughly 20 miles. EPA fuel-economy figures won't be available until closer to the C350's U.S. launch.

Multiple driving modes include Hybrid, electric-only E-Mode, an E-Save mode that maintains the battery's state of charge, and Charge mode, which keeps the gasoline engine spinning to generate electricity.

In electric mode, the pedal creates an artificial resistance point that indicates when the car is on the verge of switching on its gasoline engine. If the driver pushes through that point, the engine will turn back on.

Conversely, the pedal sends out impulses when the engine can be switched off. Lifting off the pedal initiates electric-only propulsion.

Other than its green powertrain, the C350 Plug-In Hybrid is virtually identical to other C-Class models in terms of styling and features, and appears to sit somewhere above base models in the lineup.

It will be followed by an ML (or GLE, as Mercedes is in the midst of renaming that model) plug-in crossover before the end of the year, and possibly more models beyond that.

For more 2015 Detroit Auto Show happenings, head over to our show news page.