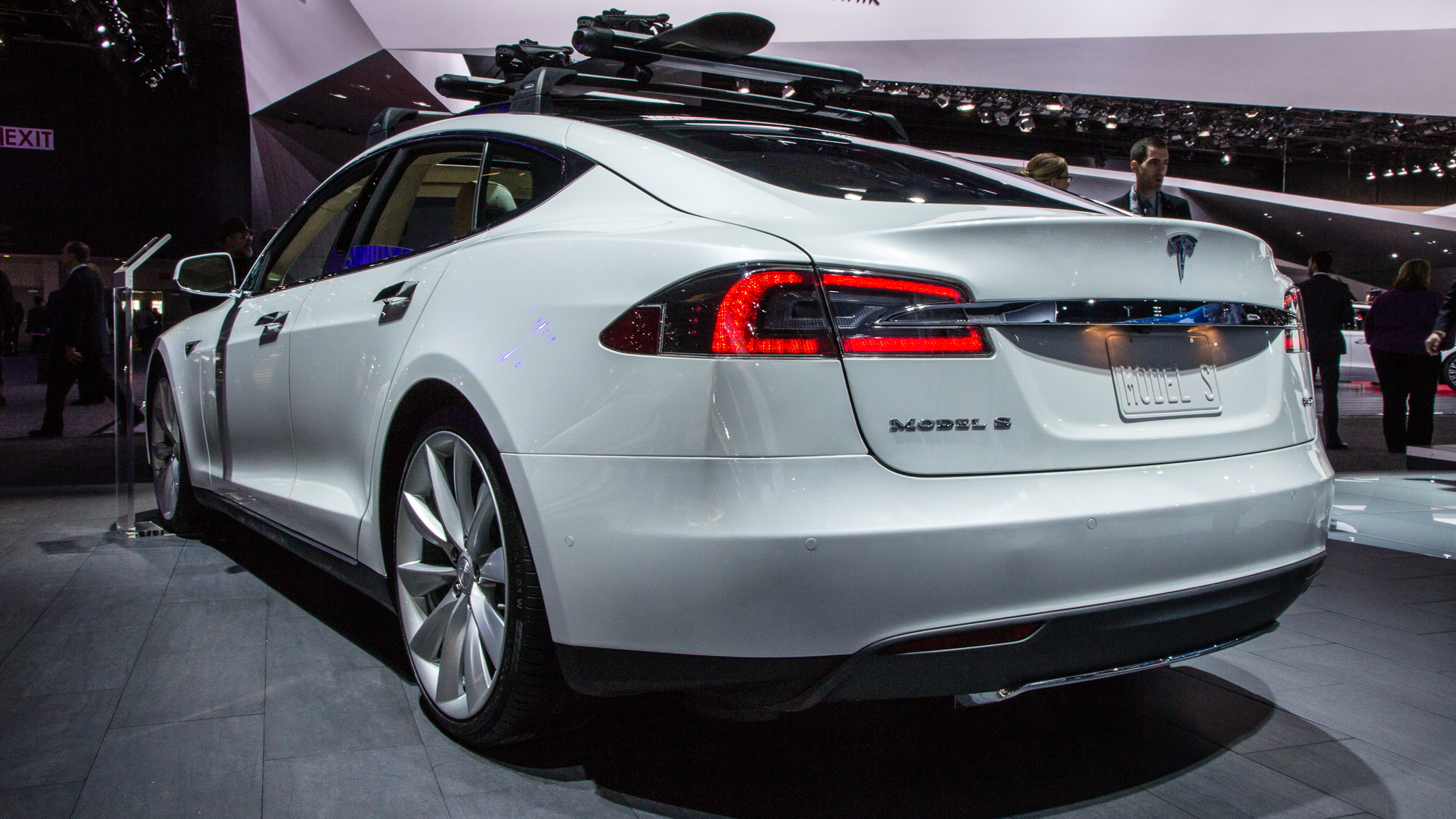 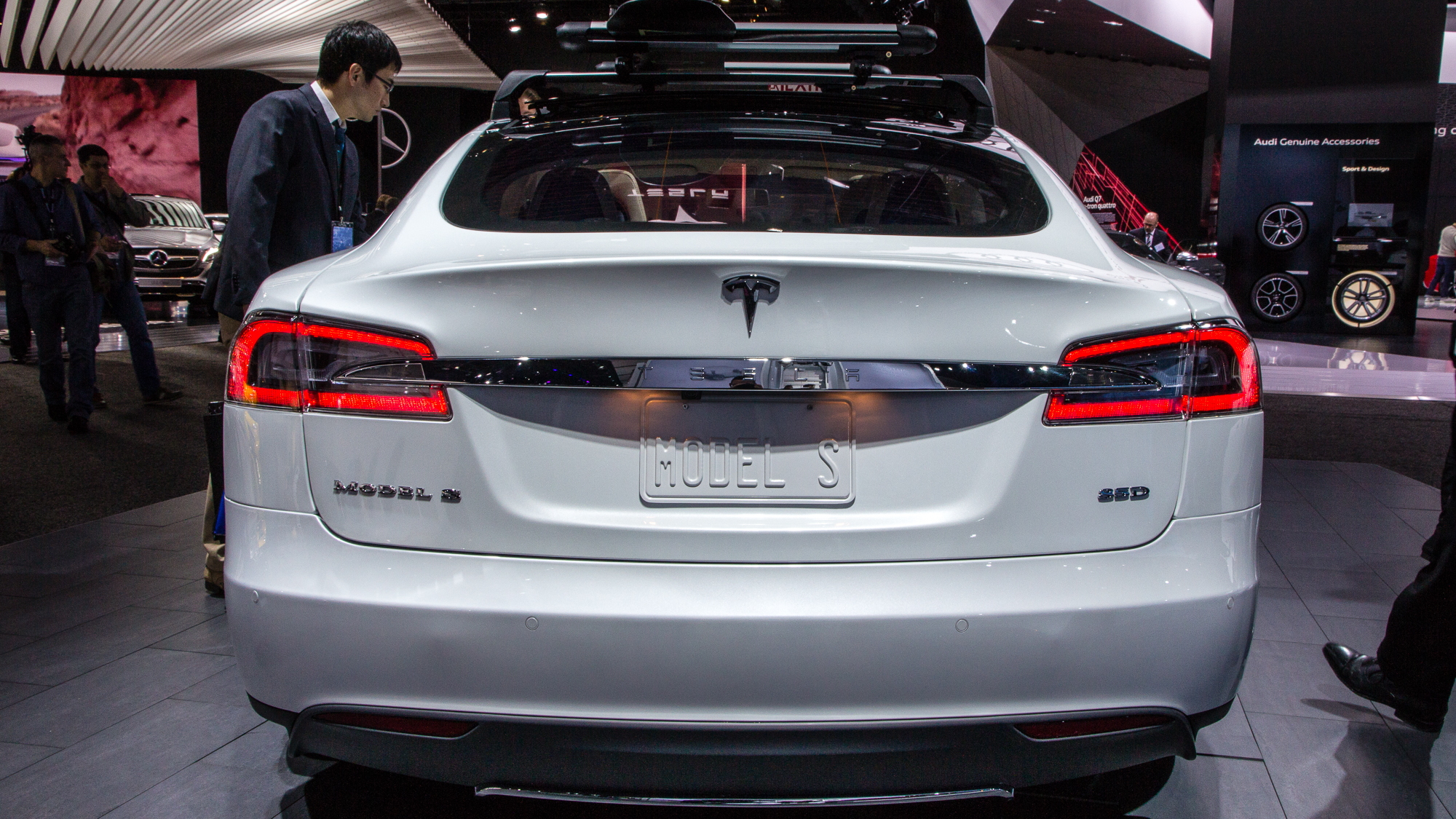 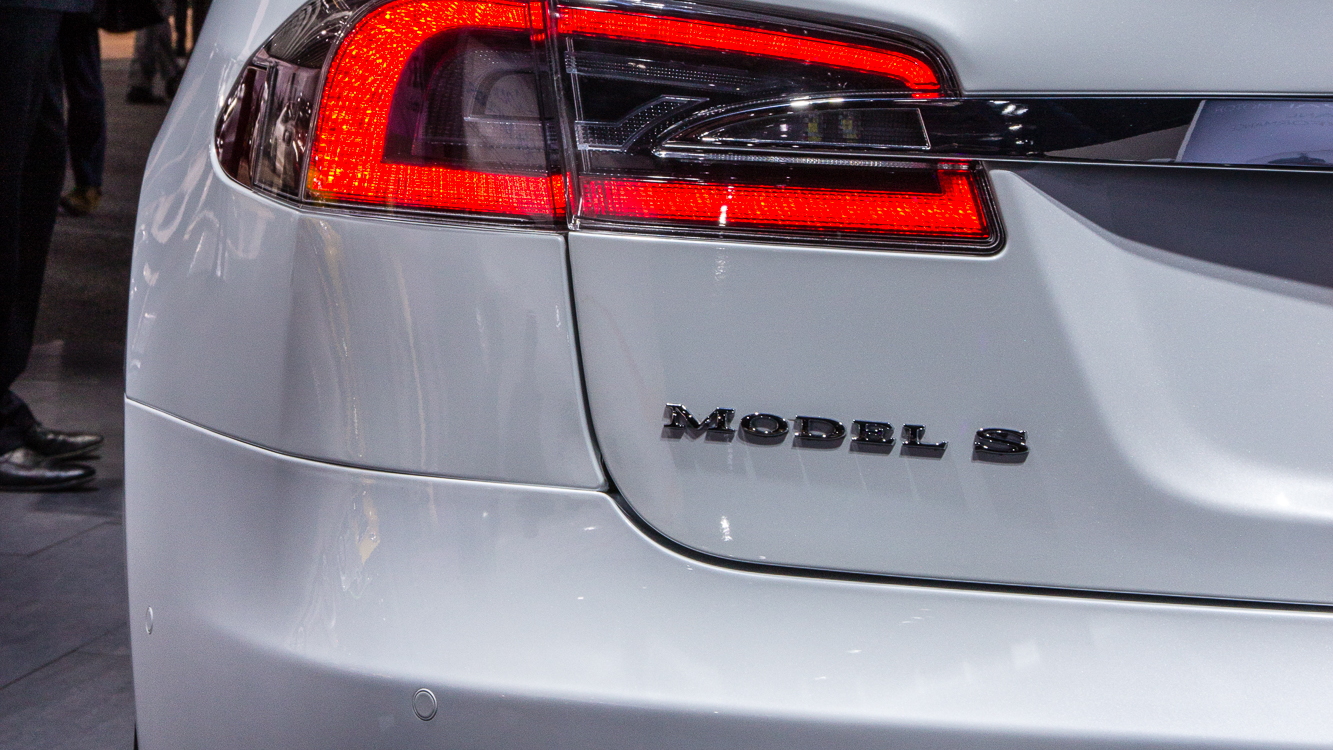 While Tesla likely won't reveal last year's total production of Model S electric cars until it releases year-end financial results, it has said it expected to build 33,000 during 2014.

And with the Model S in production for more than two and a half  years, clearly there are tens of thousands of them on the roads.

It seemed worthwhile to do a little real-world research to determine how far Model S production had reached by year-end.

So we visited the Tesla display at this week's Detroit Auto Show media preview days, where the company had three gleaming Model Ses arrayed for the world to see and dream about.

The cars included both a red P85D high-performance all-wheel-drive model and the S85D standard AWD version in white.

Our clandestine detective work consisted simply of peering through the windshield at the Vehicle Identification Number of each car, and writing it down.

Given that production of the all-wheel-drive "D" models ramped up last month, we have to think these cars were four to six weeks off the assembly lines--at most.

At a weekly production rate of perhaps 800 cars, we conclude that Tesla has now built more than 70,000 Model S electric cars since volume production began in June 2012.

That total--plus 2,500 Roadsters from 2008 through 2012--puts Tesla comfortably ahead of any U.S. auto company founded from scratch by entrepreneurs in a century or so, save one.

That exception is Kaiser-Frazer (later Kaiser Motors), founded after World War II by industrialist Henry J. Kaiser and all but forgotten today.