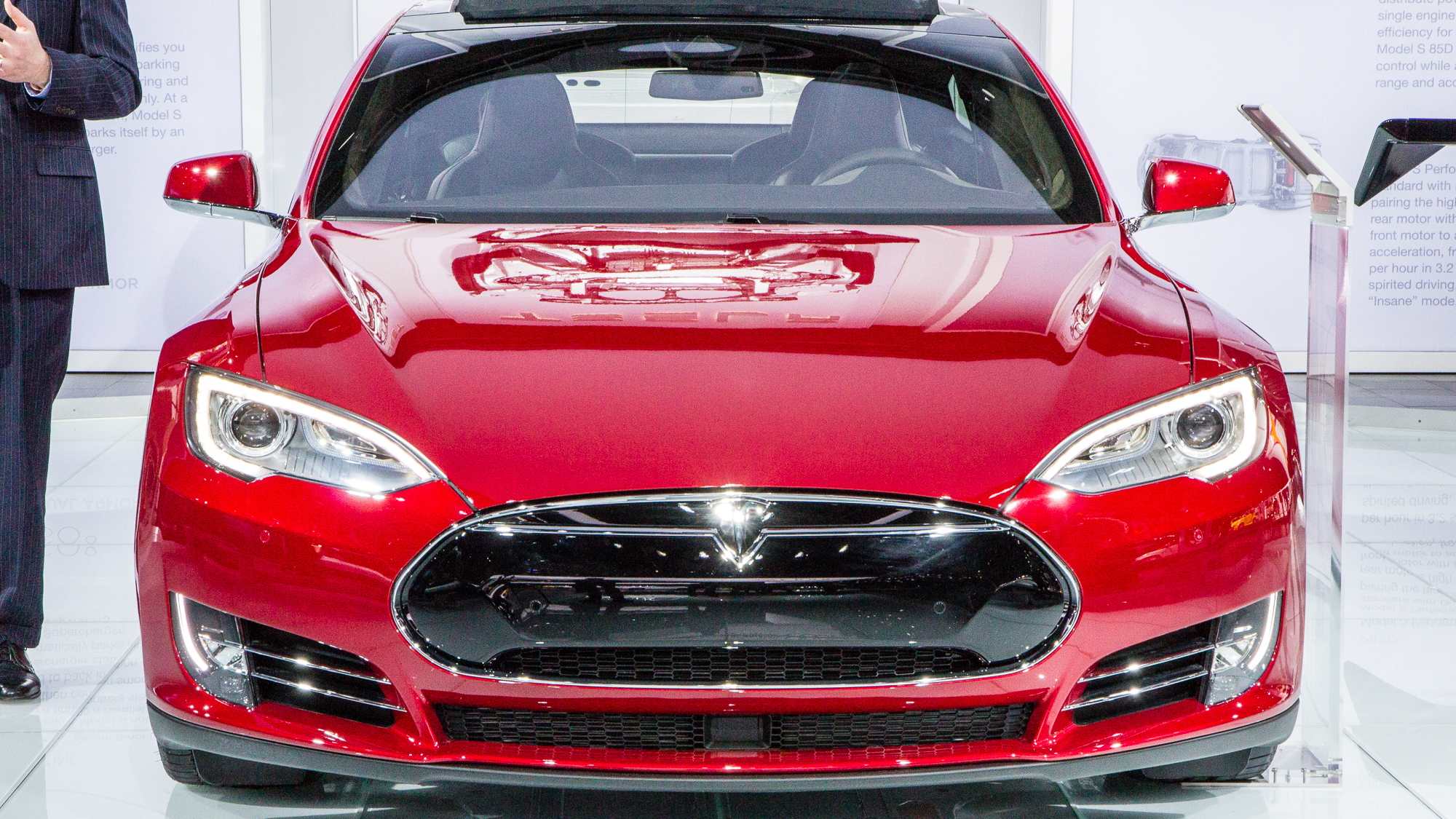 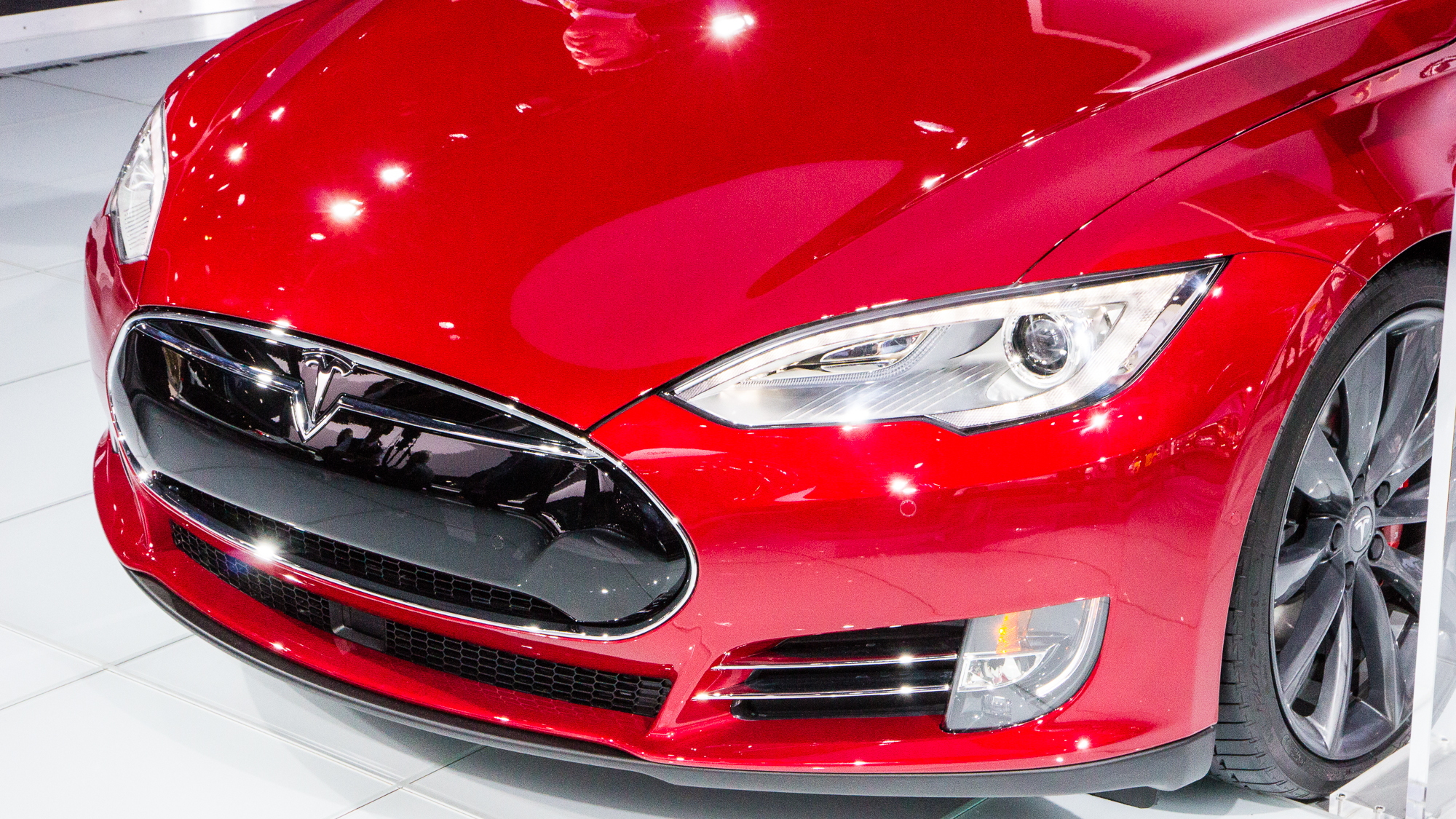 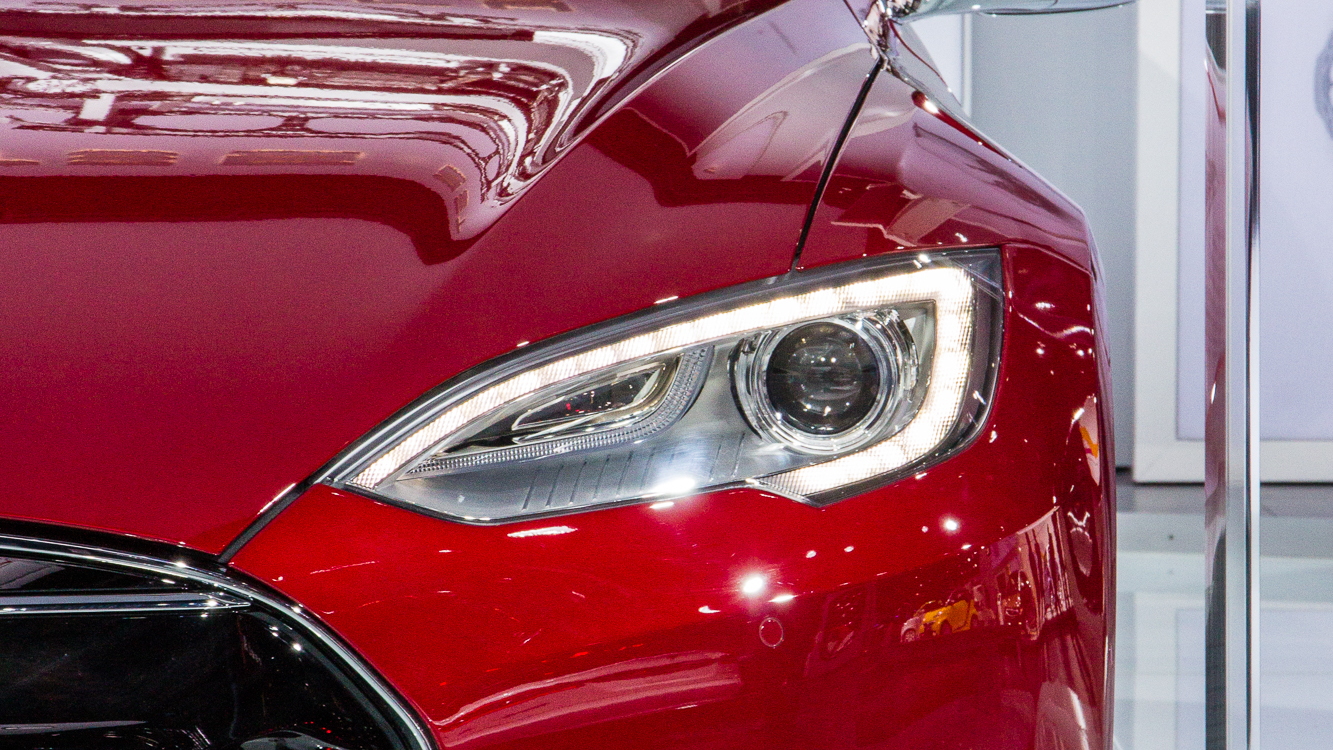 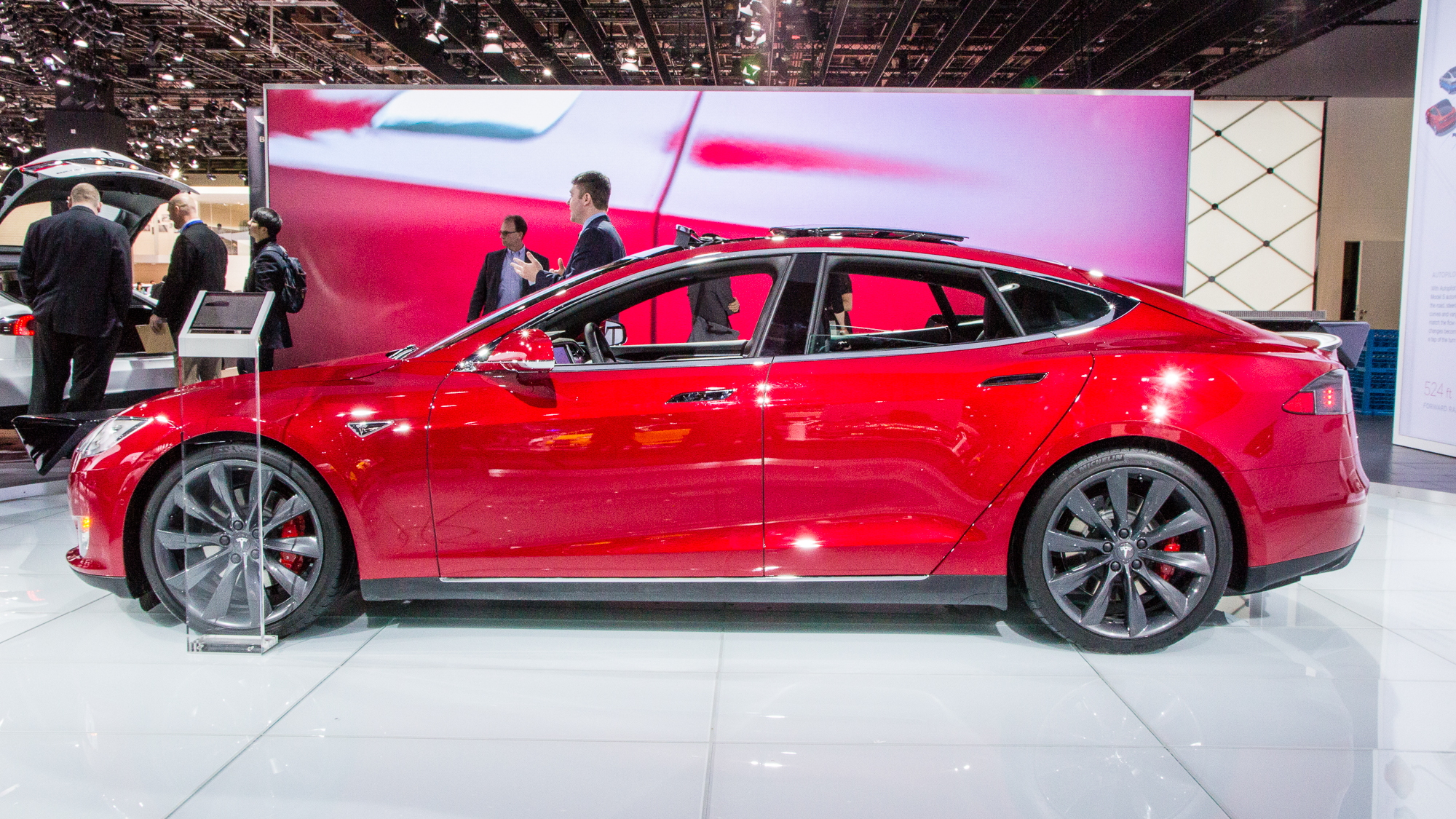 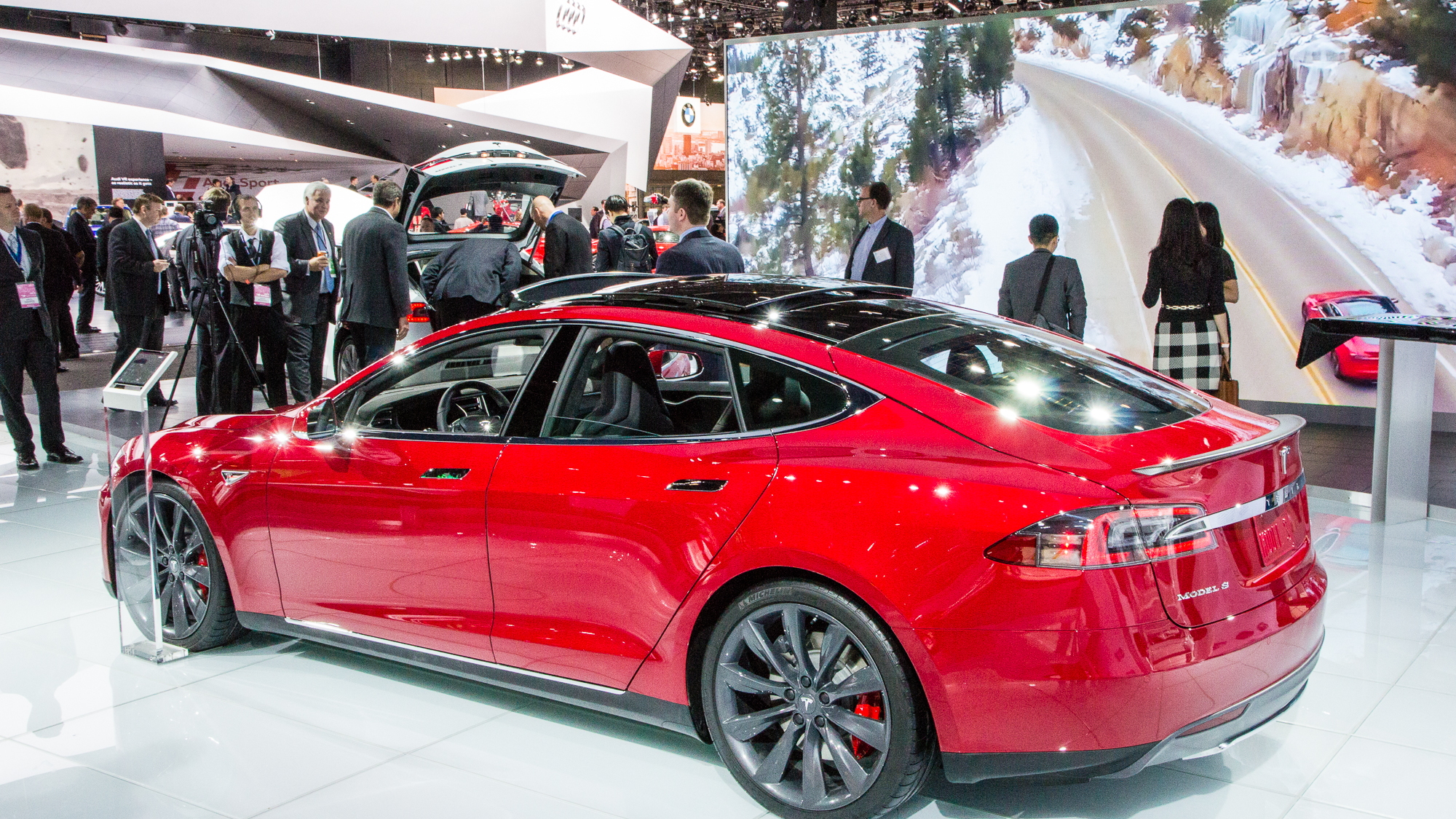 Tesla Motors has shown off its Model S electric luxury sport sedan at the Detroit Auto Show since 2011.

This year, its stand included both its newest and highest-performance version of the Model S--the P85D--and the standard S85D model, featuring all-wheel drive without the high-performance package.

The two cars on display represented the first time that the latest versions of the Model S had appeared at any global auto show.

Tesla didn't hold a press event at this year's Detroit Auto Show, but CEO Elon Musk participated in an interview at the Automotive News World Congress seminar that followed the media preview days on Monday and Tuesday. 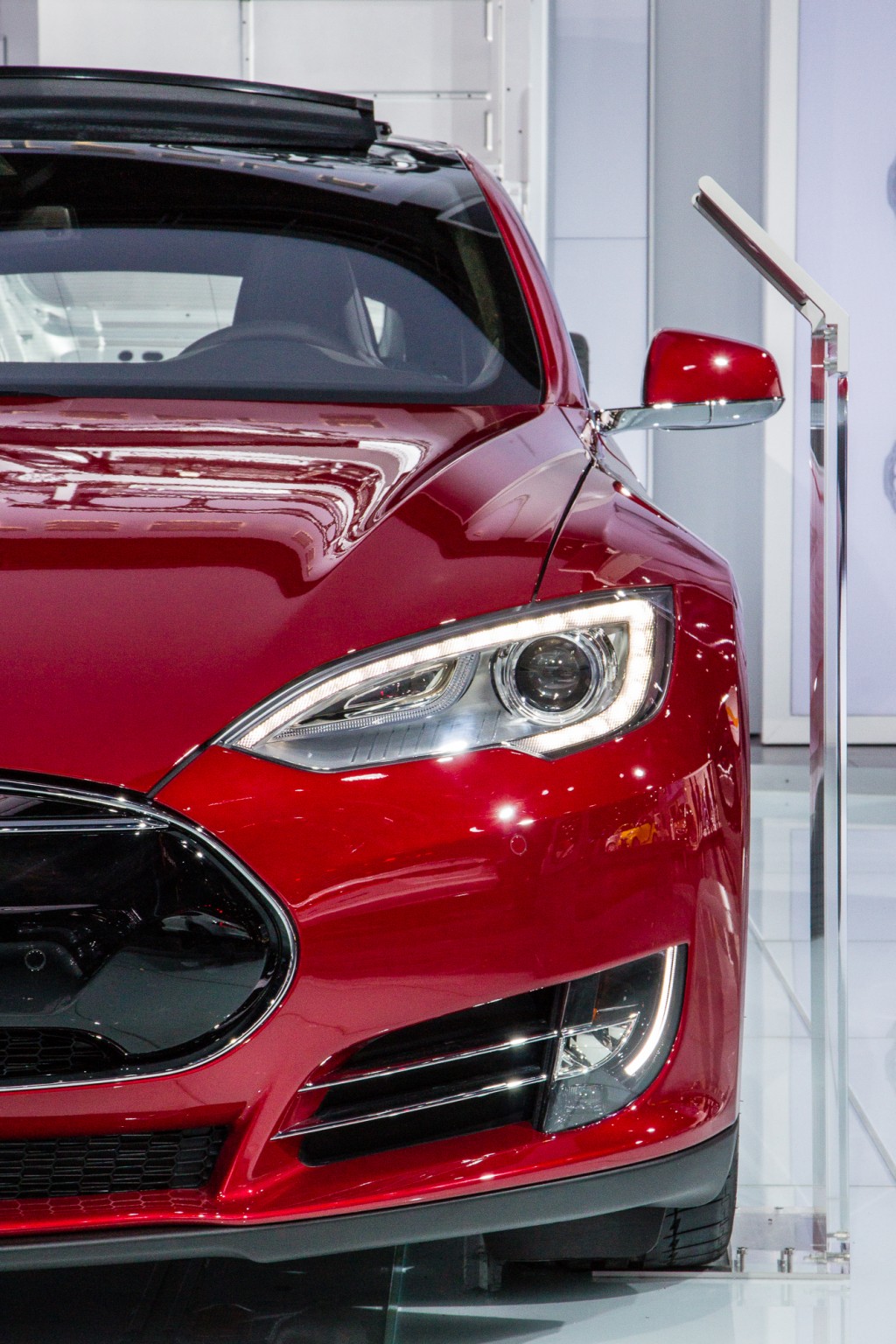 Those comments will be covered in a separate article.

That 2011 Detroit Auto Show was a watershed of sorts for Tesla.

The prototype body shell on its stand first demonstrated to skeptics that the upcoming Model S would be a properly engineered, all-aluminum large sedan with a wide, flat battery pack under its floor.

Engineers, executives, and onlookers mobbed the "body in white" throughout the show, measuring every part of it, inspecting the crash structures, and estimating the passenger and powertrain space.

Even Akio Toyoda, the recently appointed new CEO of Toyota, was photographed inspecting the Model S-in-the-making.:

MORE: 2018 Chevrolet Bolt Electric Car: What It Is & Isn't, What It Means For Tesla

The Detroit show this year was otherwise notable for the unexpected appearance of the Chevrolet Bolt, a concept for a 200-mile electric subcompact hatchback that is expected to sell for $37,500 before incentives.

Otherwise, the Acura NSX and Ford GT performance cars and a pair of new pickup trucks--the Nissan Titan and Toyota Tacoma--were the product highlights of a bustling and optimistic show.