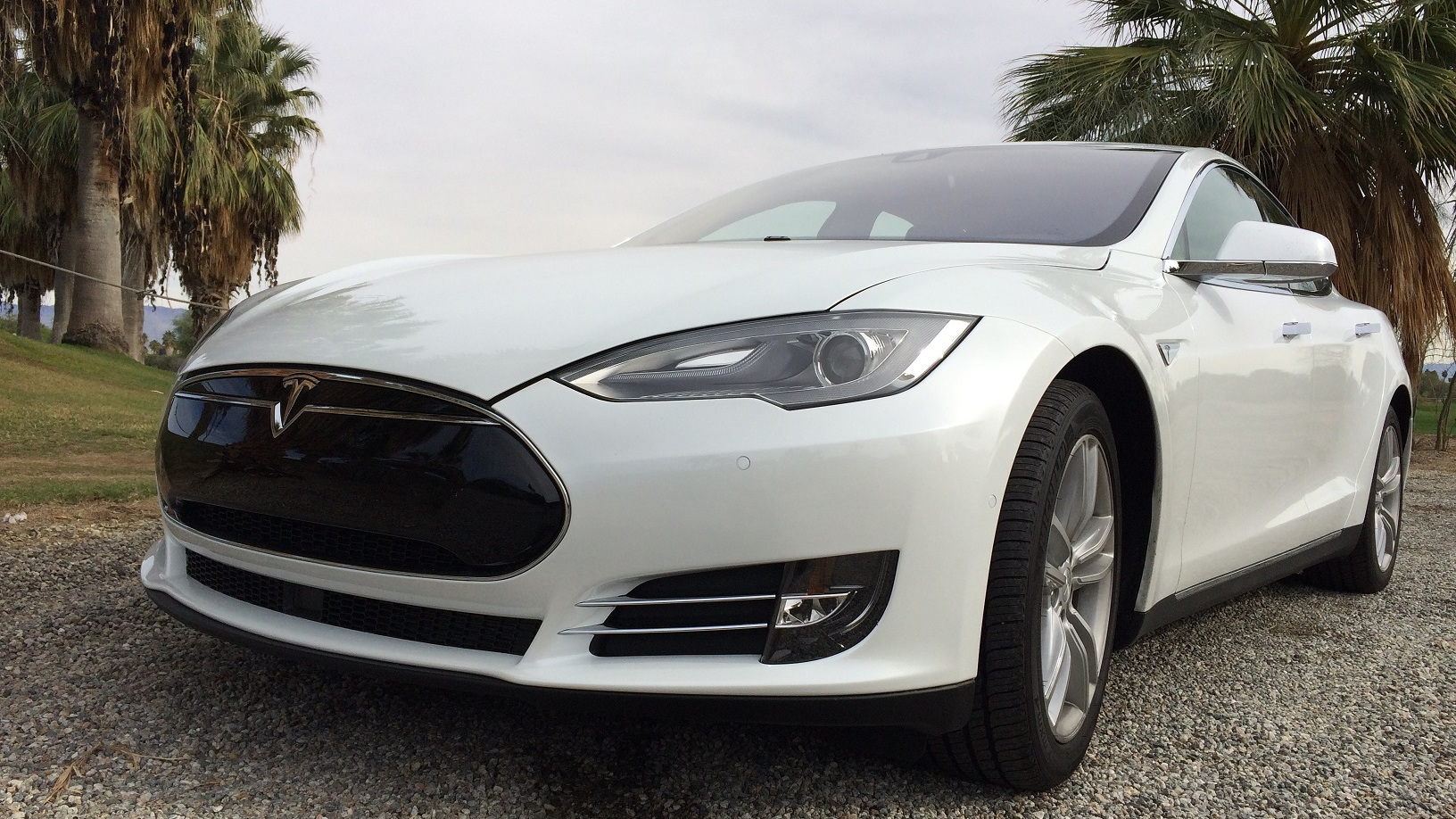 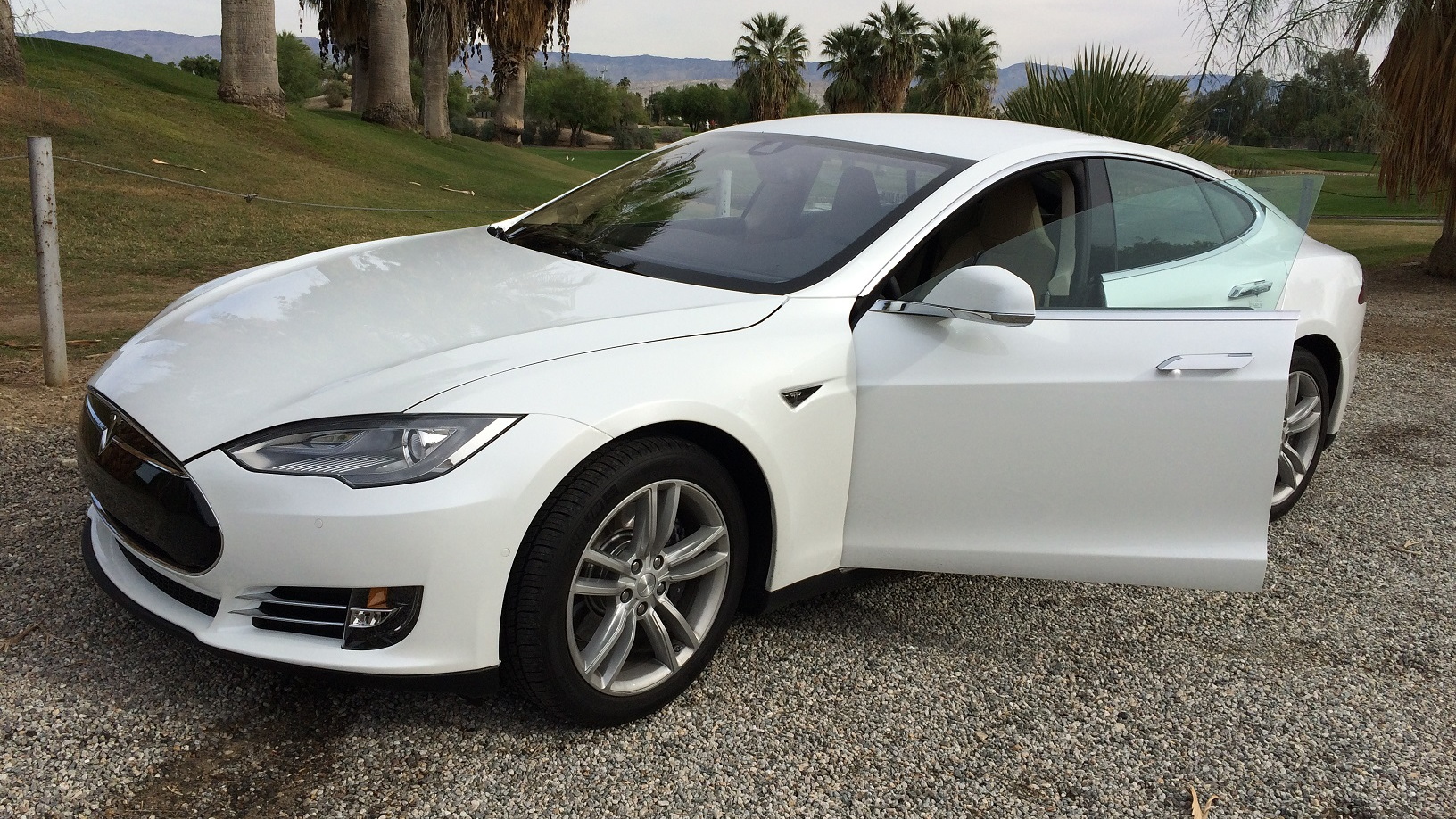 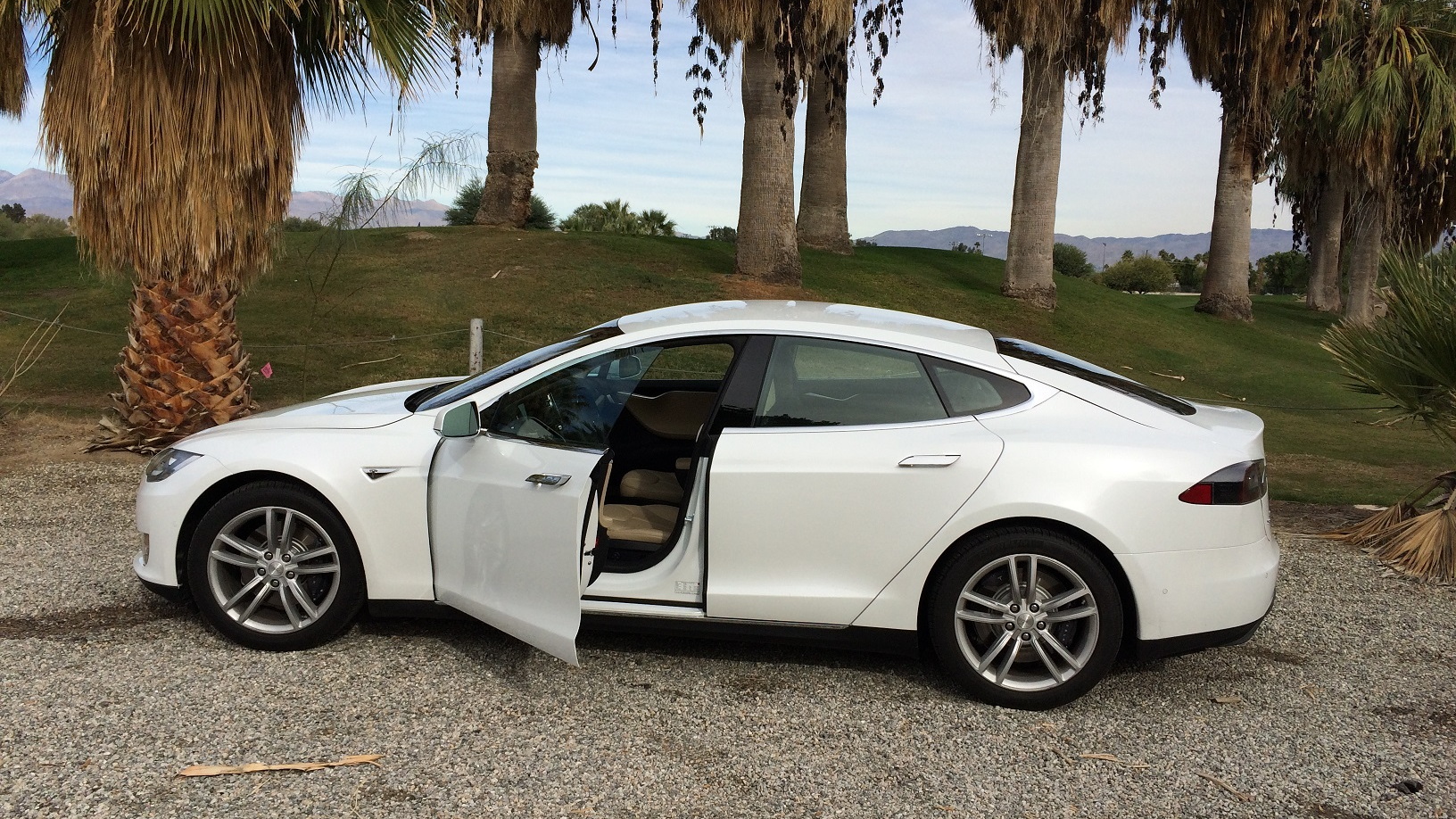 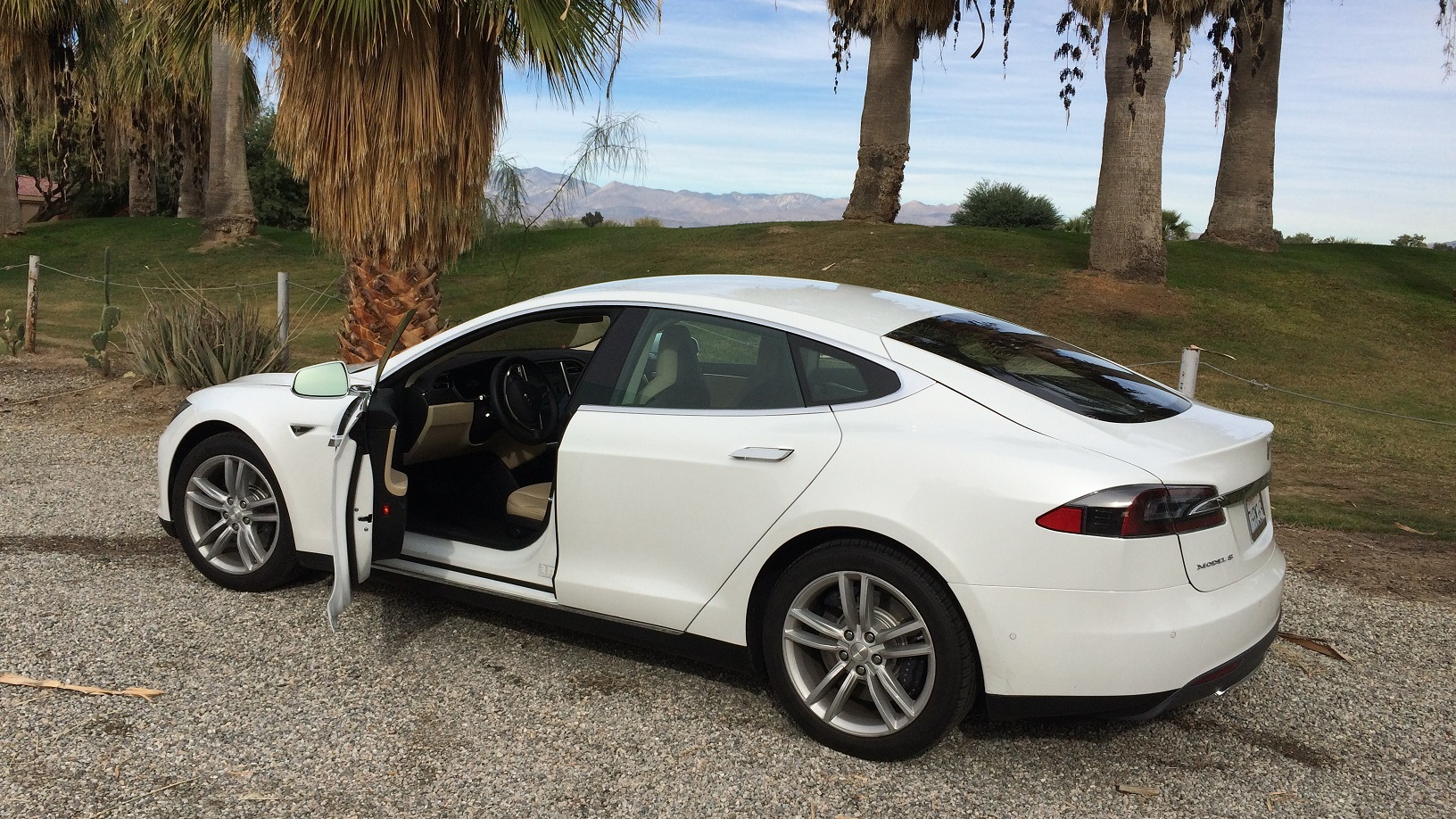 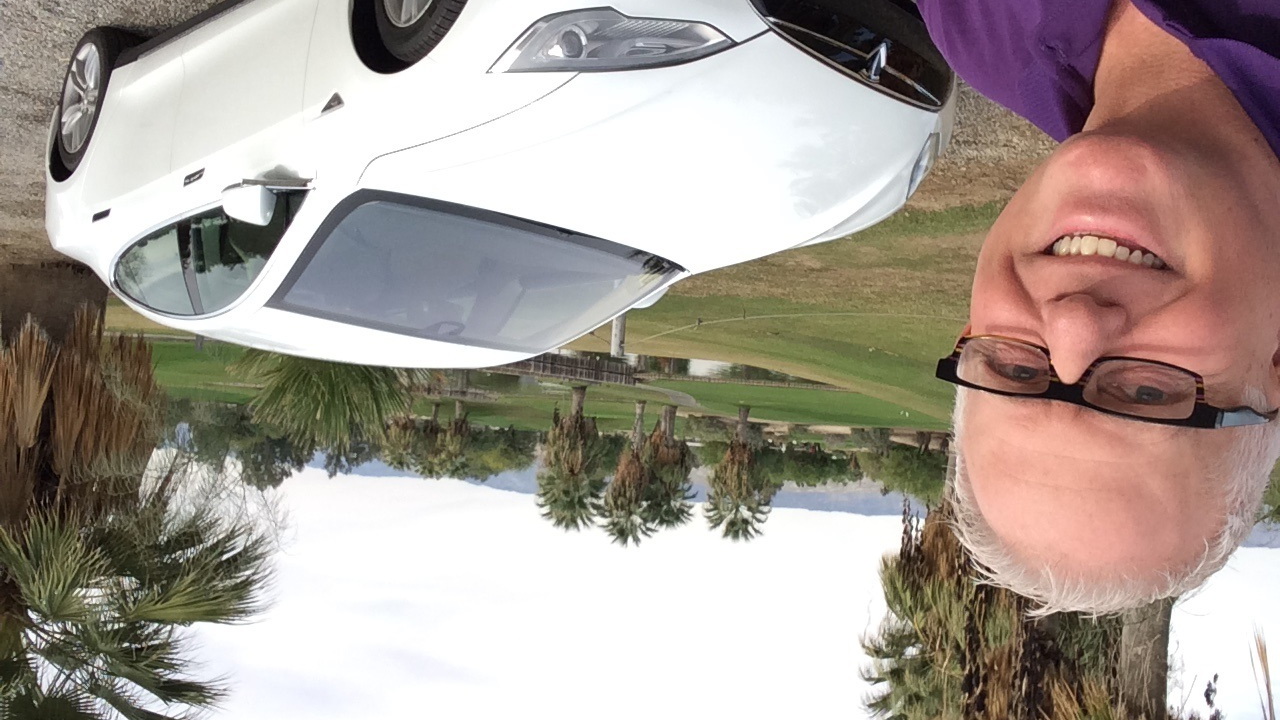 People who buy new cars generally like and enjoy them during the first months or years of ownership.

Many Tesla owners, however, seem to love their cars with a deep, abiding, even overwhelming passion. This is one such story.

A longtime personal friend and his partner recently acquired a 2014 Tesla Model S after we had some general chats about electric cars.

First he traded in the gasoline Smart ForTwo he used to get around San Francisco for a new Smart Electric Drive, along with a 240-Volt Level 2 charging station in his garage.

He liked the torque and the smoothness of the powertrain compared to the jerkiness of the gas Smart with its automated manual gearbox.

Then came the Tesla.

The rest of this article is a lightly edited version of a 1,500-word letter Tom sent--entirely unprompted--about their new car.

He describes all the things he enjoys about the car, his experience of electric drive, and the camaraderie among Tesla owners he discovered during a factory tour and on a road trip.

We asked permission to reprint it as an example of the remarkable passion this startup electric-car maker seems to engender among its owners.

Those are the same owners who have put the Model S, once again, at the top of Consumer Reports' customer satisfaction index.

While owners of other new cars might write similar stories, the Tesla simply seems to spur more owners to tell their stories more often.

They become evangelists for the new product--just as owners of new Apple products, from the first Macintosh to the latest iPad, tend to be.

Here's what Tom wrote a few weeks ago about the Tesla he owns with his partner Jeff in Palm Springs, California.

Jeff and I have been drinking the Kool-Aid and so far we are enjoying it.

We took a tour of the factory in Fremont last week, and this Wednesday we took the 270-mile road trip from Palm Springs to Phoenix, to see how the car and the Supercharger system performed.

We don't wear Tesla ball caps or Tesla T-shirts, but we kept the paper "Zero Emissions" plate on the back even though the real license plates arrived 10 days ago.

You've been on the factory tour so I don't have to describe it in any great detail. Jeff was blown away by the robots twirling car chassis around in the air. And by the scale of the place.

Three things stood out for me. First, the low-key affinity that emerged among the Tesla drivers as our group waited for our tour to begin.

MORE: Life With Tesla Model S: Tires Cost Me More Than My 'Fuel' Does

Second, the way that Tesla set up office zones for engineers and such in the middle of the factory floor, so the people responsible for painting were sitting alongside the paint line.

Third, the staff's eagerness to look after their customers, beyond the customary offers of coffee or bottled water.

We took the BART [rapid transit system] over. When we asked if there was a shuttle back to the BART station, the guy on the desk said no, there was no shuttle--but he thought he could find someone to drive us. And he did.

Jeff returned to Palm Springs, and our car, two days later. I knew something was up for the birthday, since the week before he'd tried to ask me whether I wanted to do something but lost his nerve about halfway through.

Tuesday, I confirmed that something was up when I got a pre-birthday birthday card telling me to pack an overnight bag. Tuesday Jeff finally fessed up that he had booked  a room at the Arizona Biltmore in Phoenix, so we could take a road trip and celebrate my birthday all at the same time.

We set out mid-morning with a full charge, headed for Supercharging stops in Quartzite, Arizona, then Buckeye, Arizona, and finally the city of Phoenix.  It's an easy drive to begin with, and the intermediate stops make it even easier if you're not pressed for time.

After refueling ourselves at a Taco Bell in Blythe, California, we crossed the Colorado River and climbed the hill into Quartzite where we pulled behind a Carl's Jr. restaurant just off the road.

Quartzite is truly desolate: a couple of gas stations, a general store, the fast-food restaurant, and maybe a Subway at the other exit off the freeway.

The row of snappy white Supercharger posts lined up against the barbed-wire fence at the back of the parking lot doesn't do a lot to raise the tone of the place.

And her little dog too

But there was another white Tesla there charging already, and before long we were chatting with its driver, a blond woman from Washington State en route to her winter place in Tucson with her little dog.

It was their first road trip, too, though of course she'd come a lot farther already.

She had a comfort with gadgets and a curiosity that said "engineer", and the car of course screamed "techie techie," but we never exchanged biographical data, other than the fact that she had home schooled her daughter who was now a University of Arizona student at a seriously early age.

Her car, Bianca, was about eight months old, so it didn't have all the hardware for the Autopilot system as ours does. Instead, she'd installed an aftermarket product made by an Israeli company that stuck to the windshield like a Tom-Tom screen.

She too had taken the factory tour on her way down the coast, and loved it as much as we did. "Did you see those floors? You could  practically eat off them!"

Unlike the Portland couple we'd met on the tour, who skipped the Grants Pass Supercharger and barely made it into the station at Shasta, she was stopping at every station along the way until she got a better handle on range under real-life road trip conditions.

So imagine her surprise when she arrived at the Harris Ranch on the I-5 (the one with the feed lot) to discover that the station was out of commission.

It wasn't a happy story, but it had a happy ending: he Tesla people sent out a big flatbed tow truck to carry her to Tejon Ranch and the next refueling stop.

One of the other drivers stranded there had some kind of meeting in the Bay Area, and they rented him a car or had the tow truck driver drive him to his meeting. (The details now elude me, I wish I'd listened more carefully.)

The outcome was that everyone got where they wanted to go, even if it took a couple of extra hours.

While we were talking, a grizzled old guy in a Chevy Tahoe stopped to talk to us about our electric cars. I'm guessing he was one of the mob of RV owners who come down to Quartzite every winter. We saw a huge tract of desert on the west side of the settlement filled with RVs on our way out of town.

We gave him the pitch, and he was a little dubious, but he did pay attention when our new friend told him the best part was the acceleration when you came onto the freeway.

Something in her smile suggested serious horsepower, I can see her triumphant grin in my mind's eye--like the skinny kid in the final panel of a body-building ad in an old comic book.

And of course she was right.

There is so much that is so great about the car: the handling (in Sport mode), the looks, the gadgetry, but the biggest single difference is the power to punch it--just a bit--and really fly. No fuss, no muss. Just power.

After driving ours for two days straight, I took my Audi AllRoad to the cleaners and it felt sluggish in comparison, which may not be a bad thing considering the lecture I received flying down our street on the last leg of the road trip doing 47 mph in a 25-mph zone.

I loved driving the Tesla through the desert at something between 80 and 85 mph (I usually spot myself 5 to 10 miles over the posted limit on the open road). And I loved the cruise control once I got the hang of it.

Because the car accelerates so quickly, the cruise controls are very sensitive: Push the little lever up just for a moment and you've moved the dial up 7 or 8 mph, which is a lot if you're trying to hit the sweet spot just 7 or 8 mph above the posted limit.

I had a couple of those moments where I was suddenly doing 85 or 90 mph, and having to slow down in a hurry, but I never put anyone in danger of anything more than a citation from the Arizona State Police.

Once I got past the power, I started to appreciate the ride. It's a solid, comfortable ride even at high speeds on B- roadways. The weight of the battery pack slung under the passenger seats keeps the car grounded, like my mom's '66 GTO convertible or my Audi.

And it's all the more comfortable because it's so quiet. No engine noise to add to the sounds of the wind and the tires on the road. And a world of news and music (including BBC Radio One) streaming through the sound system, when and as we wanted.

When we got into Phoenix, we used the map feature to weave our way through rush hour traffic as best we could. Later on, we used it to navigate around town, working strictly on voice commands.

We kept a log of our recharging and our range. At the end of the trip, it looked like we were getting something like two-thirds of of the predicated range, which I attribute largely to the exponentially higher energy required to move a vehicle through the air at higher speeds. (I remember those mileage charts from the DMV handbook).

A full battery recharge took about an hour each way. That was mitigated by the opportunity to get a burrito at Chipotle while we stopped at Buckeye, and the chance to score a coffee at Starbucks when we stopped at Indio--just 24 miles outside Palm Springs--to top up on the last leg home.