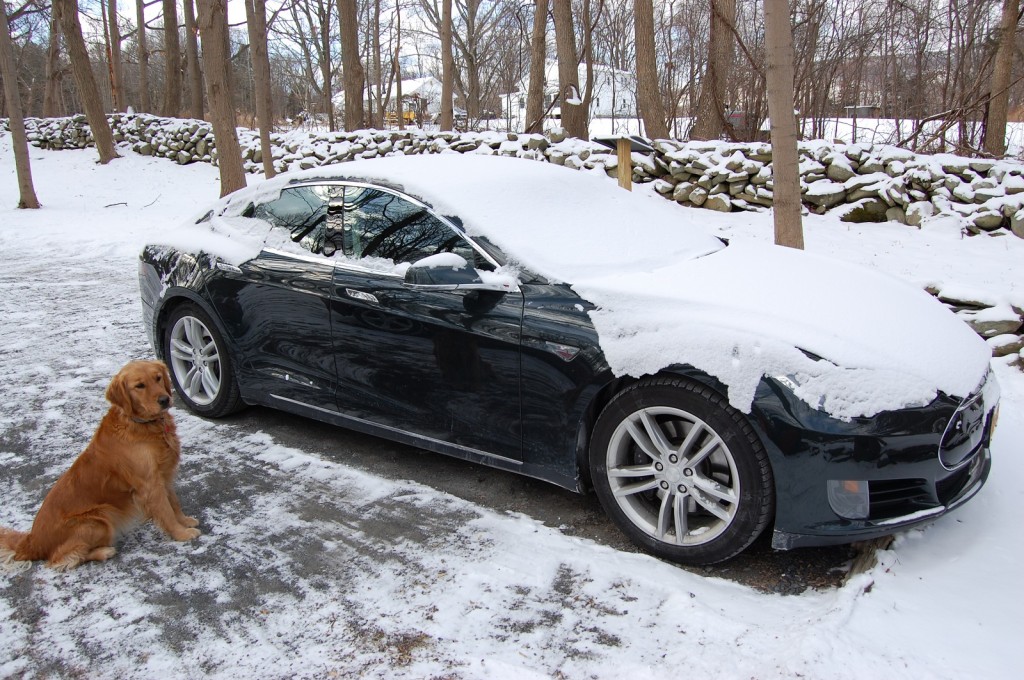 I always knew electric cars were cheap to run, but this is ridiculous.

After I bought the first set of replacement tires for my 2013 Tesla Model S (at 26,000 miles), I crunched the numbers and came to a startling conclusion: I've spent substantially less per mile for my electric "fuel" than I have for my tires.

The tires weren't cheap. The Michelin Primacy MXM4 all-season grand-touring tires set me back $250 apiece, plus mounting and balancing, for a total of  $1,131.

Over 26,277 miles, that works out to  4.3 cents per mile. Pretty typical for a high-performance luxury sedan.

But, thanks to Tesla's network of free high-power Superchargers, I didn't pay for all of it. 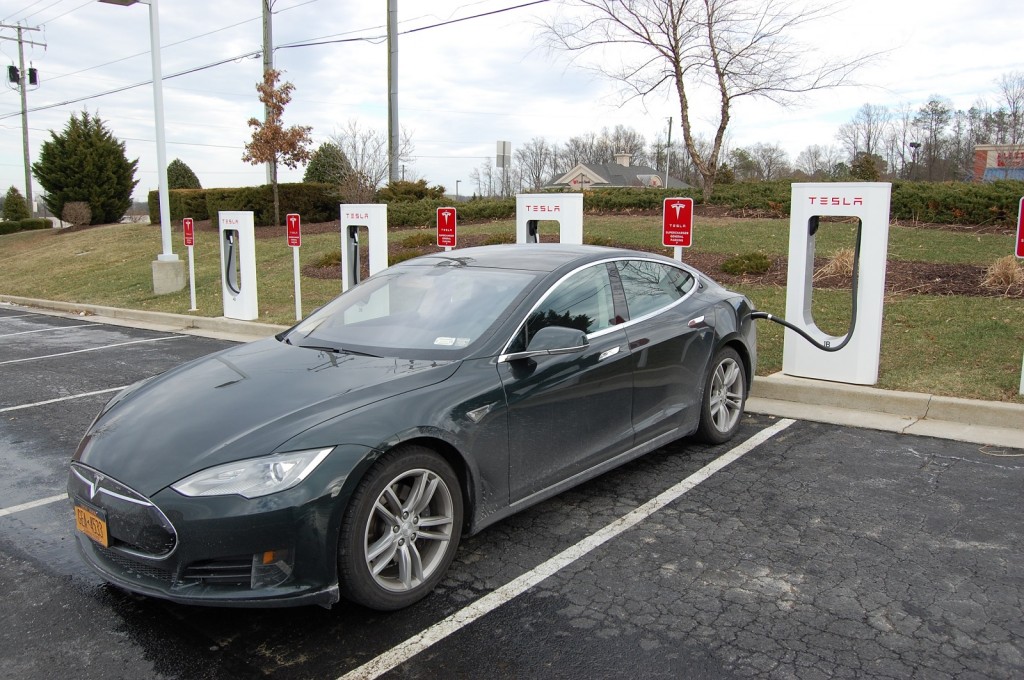 As best as I can figure, I drove about 5,500 Supercharged miles during that time, including a 2,500-mile round-trip to Florida from my home in New York's Hudson Valley.

That means I probably sucked up around 1,800 free kWh from the Superchargers.

My local utility, Central Hudson, charges about 14 cents per kWh. (Unfortunately, it offers no special night-time or electric car rates.) 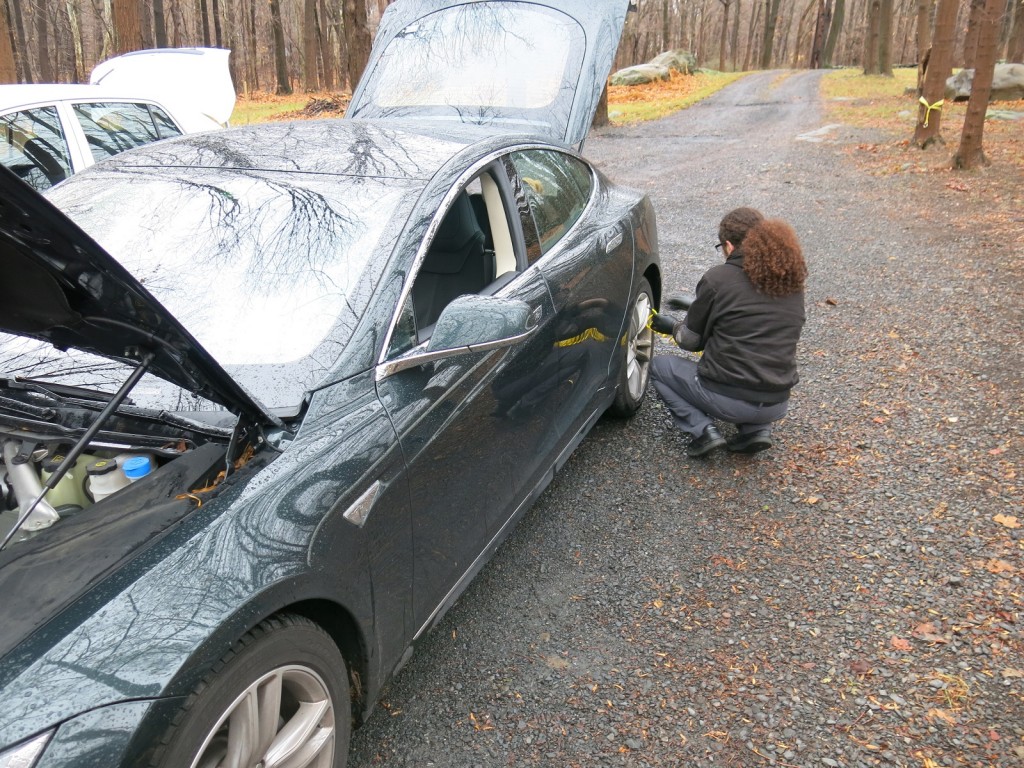 That's 20 percent less than the per-mile cost of the tires that carried me on all those miles.

Not every Model S owner will have the same numbers, of course.

It's possible to spend a lot more--or less--on both the tires and the electricity.

For example, I could have bought Goodyear Eagles and saved $200, reducing my tire costs to 3.5 cents per mile.

On the other hand, Model S owners with the optional 21-inch rims can spend as much as $500 for each high-performance tire replacement--and expect to get only 15,000 miles out of a set. That  pushes tire costs above 15 cents per mile. 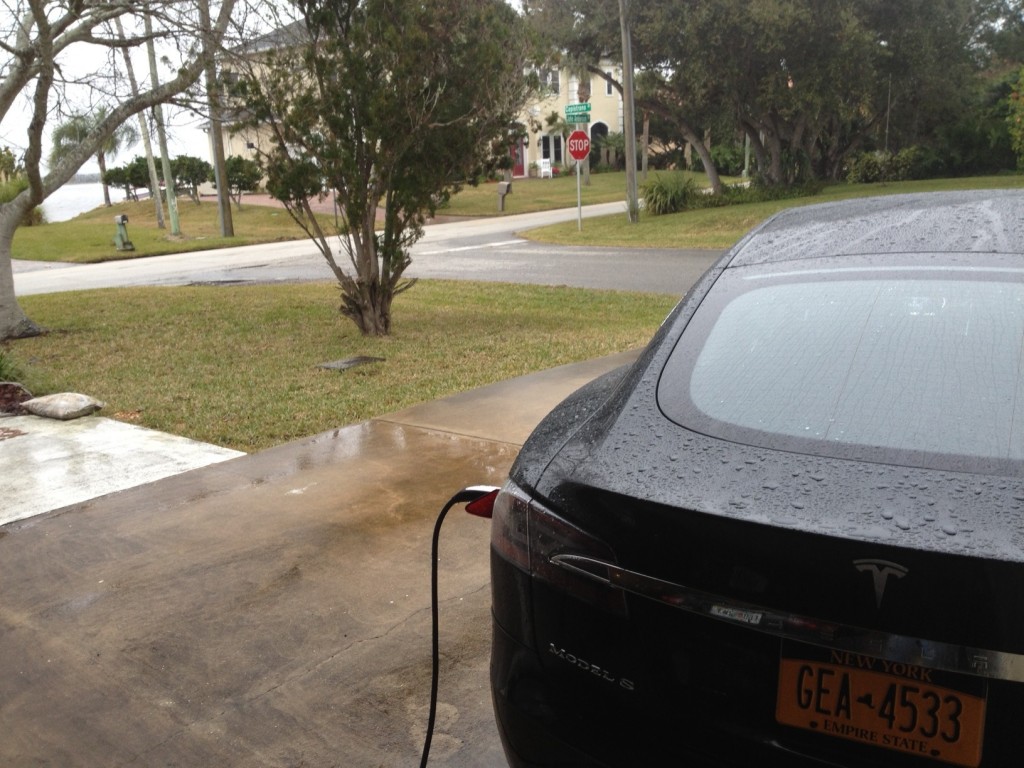 (The upside for  Model S owners with 21-inch rims and high-performance tires: At least they can brag that their fuel cost is only one-fifth of their tire costs.)

...And so does electricity

Electric rates can vary even more widely than tire expenses.

At the national average rate of 11 cents per kWh, my "fuel" cost would have been a mere 2.6 cents per mile.

And many utilities offer special night-time rates of 5 or 6 cents per kWh, which would have brought my cost down to 1.3 cents/mile. 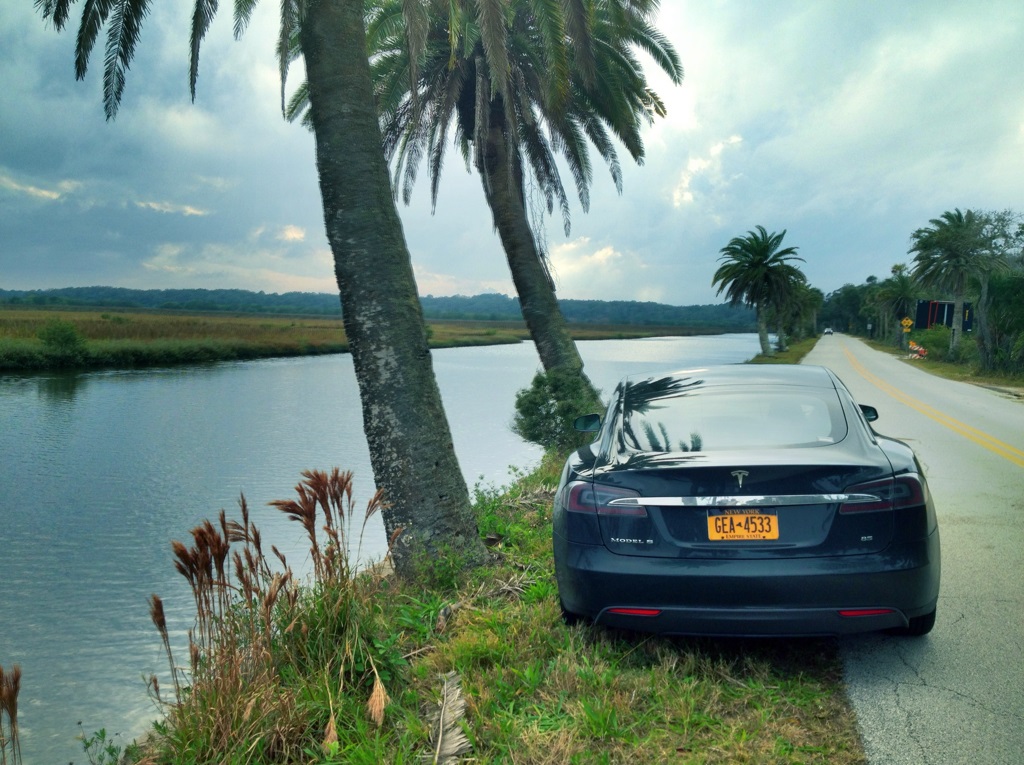 But as far as I know, nobody's got a sweeter deal than my buddy Bob Meyer, a Model S owner who lives in Indianapolis, Indiana.

That city--my hometown, as it happens--turns out to be a hotbed of forward thinking when it comes to electric cars.

RELATED: Does The Tesla Model S Electric Car Pollute More Than An SUV?

The local utility, Indianapolis Power and Light, has a special electric-car-only rate for off-peak charging. It's a a mind-bogglingly low 2.3 cents per kWh.

So it costs Bob $1.95  to recharge his Model S battery completely and then drive 265 miles. His "fuel" cost amounts to three-quarters of a penny--that's three farthings--per mile.

And that doesn't even account for any free Supercharged miles.

Heck, in Indy in the winter time, that's probably cheaper than the per-mile cost of Bob's windshield-washer fluid.