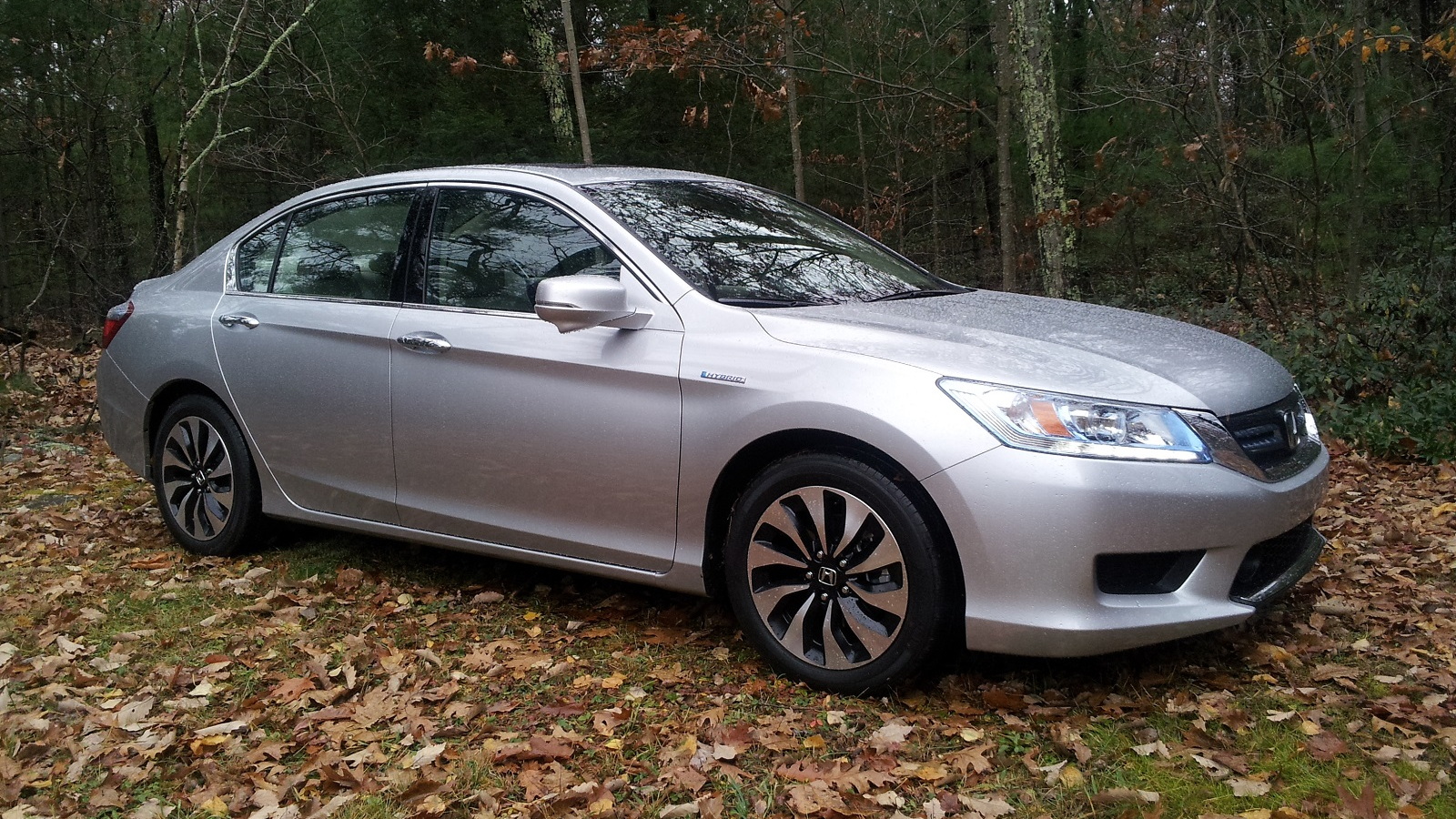 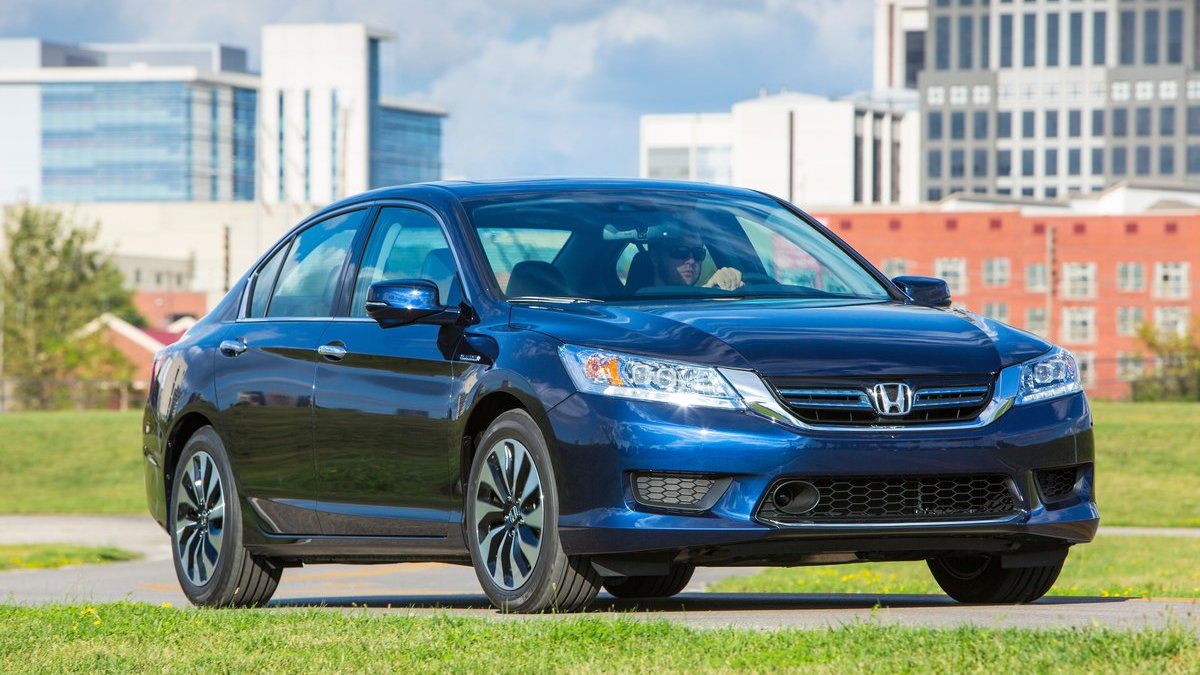 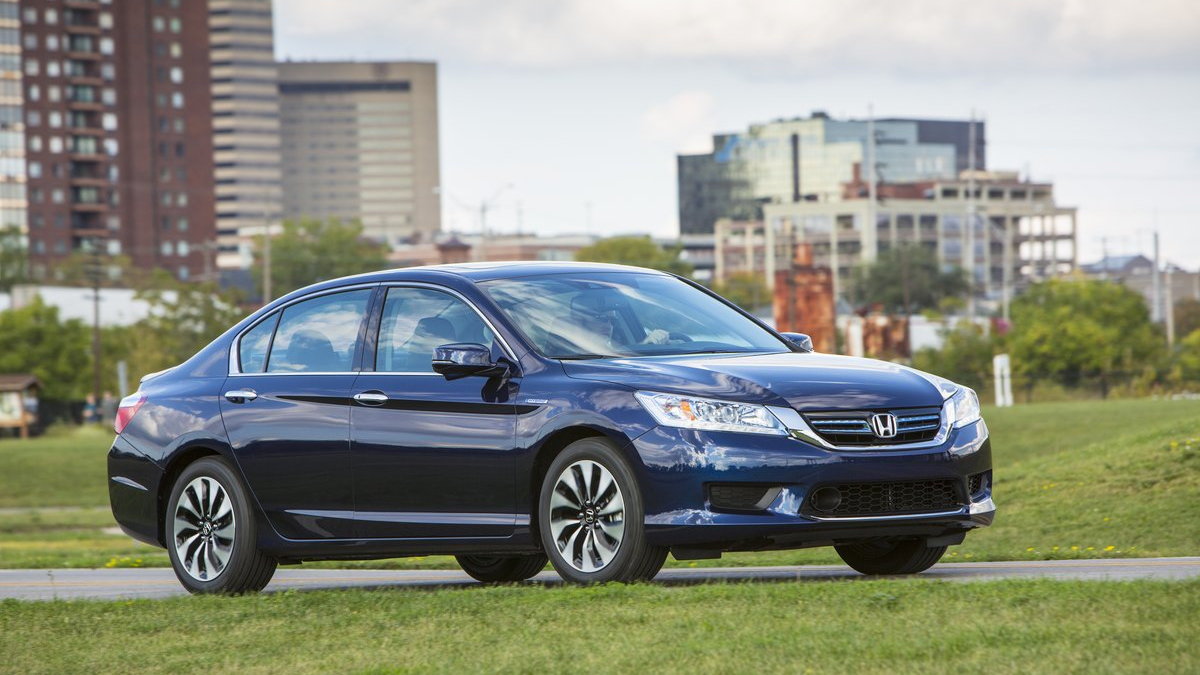 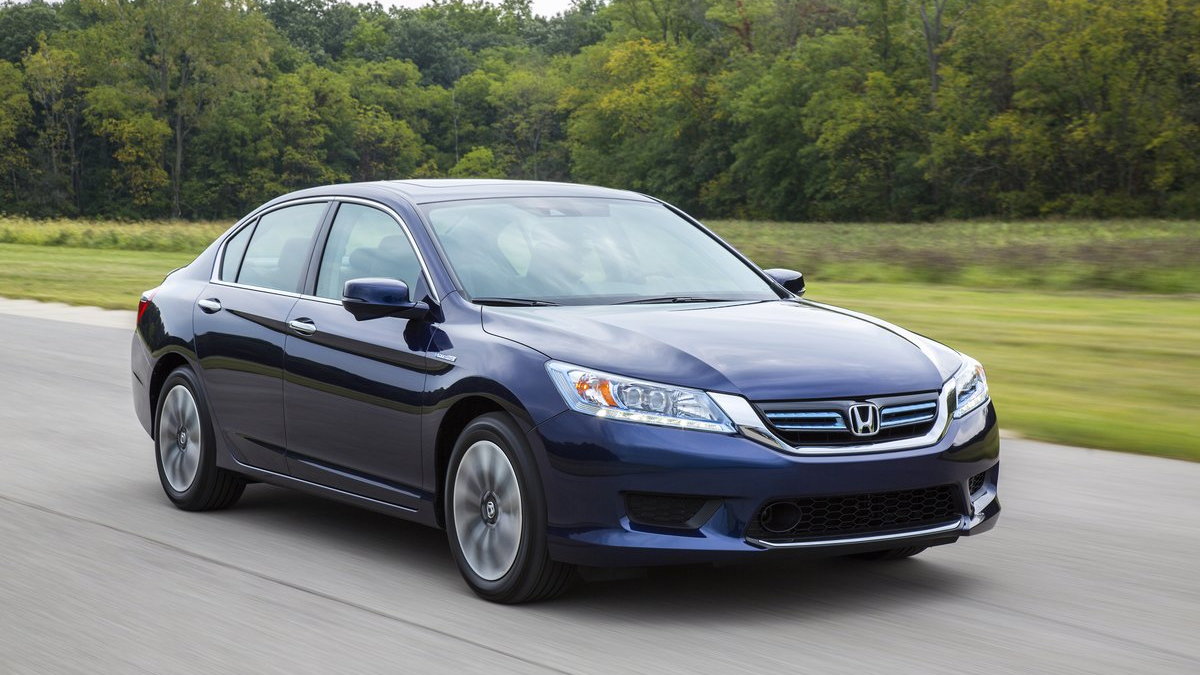 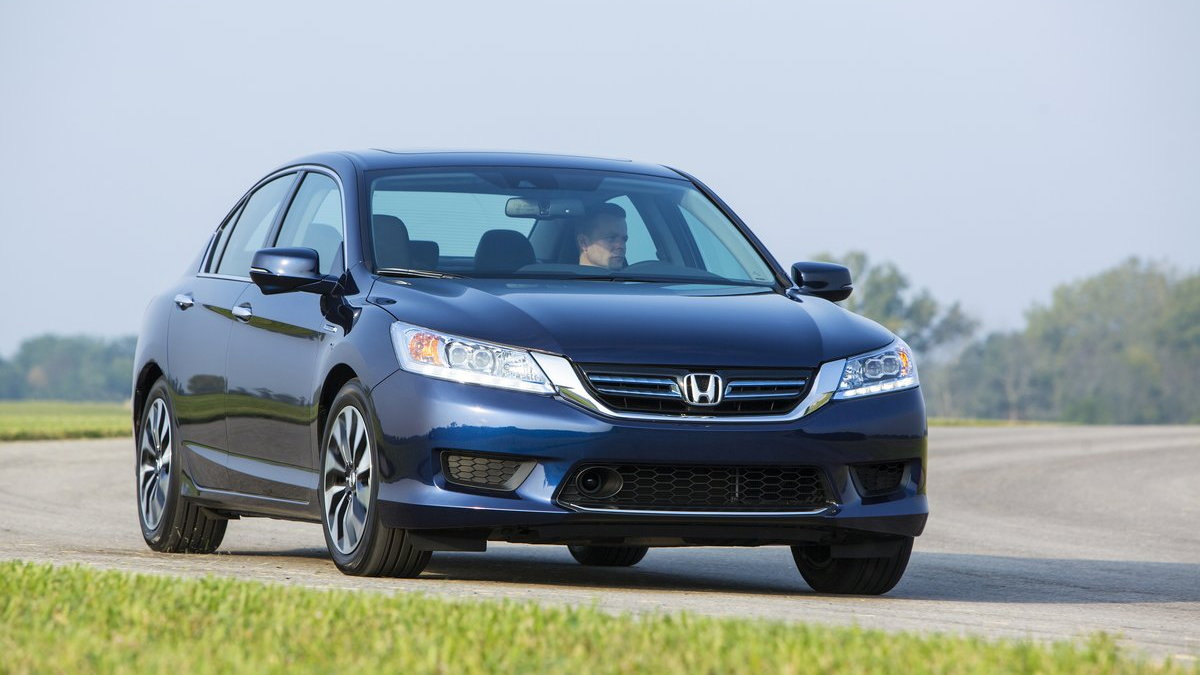 For 2014, our fourth annual Green Car Reports' Best Car To Buy award goes to the 2014 Honda Accord Hybrid.

This new model of the redesigned Honda Accord sedan introduced last year is comfortable, quiet, stylish--and delivers real-world fuel economy from 40 mpg to as much as 52 mpg.

And that's Toyota Prius liftback territory, in a mid-size sedan that's neither as polarizing nor limited to the underwhelming performance of Toyota's quintessential hybrid.

Alert readers noticed we didn't post a nominee description of the 2014 Honda Accord Hybrid; that's because we've spent the last week driving the car to ensure we made the right choice.

Over 480 miles of mixed use in three Northeastern states, we added autumn driving impressions to those gathered on our first drive of the car in sunny, temperate Texas last month.

Honda has managed to pull off a neat trick: Against competitors that have been in the market for several years, its first-ever full hybrid model matches the best of the breed for styling and interior quality, while also delivering among the highest real-world gas mileage as well.

At last month's Accord Hybrid launch event, Honda had the car's closest competitors for comparison: hybrid versions of the Ford Fusion, Hyundai Sonata, and Toyota Camry.

The Fusion Hybrid was probably the best handling of the four hybrid sedans, and it essentially tied with the Accord Hybrid for the nicest interior. It's responsive and strong on the road, but it clearly doesn't return the real-world gas mileage that the Accord and Camry do.

Compared to the hybrid Accord, the Toyota Camry Hybrid feels a lot more ponderous in the way it accelerates, steers, and handles. The accelerator response doesn't feel at all linear, while that of Accord Hybrid does. And its interior remains less upscale than the Ford or Honda. Still, the hybrid Camry returned very good mileage on a short test loop.

As for the Sonata Hybrid, while it was improved for the 2013 model year, its single-motor hybrid system still feels clunky, with an occasional balky, juddering feel that reminds us of nothing so much as a failing automatic transmission. 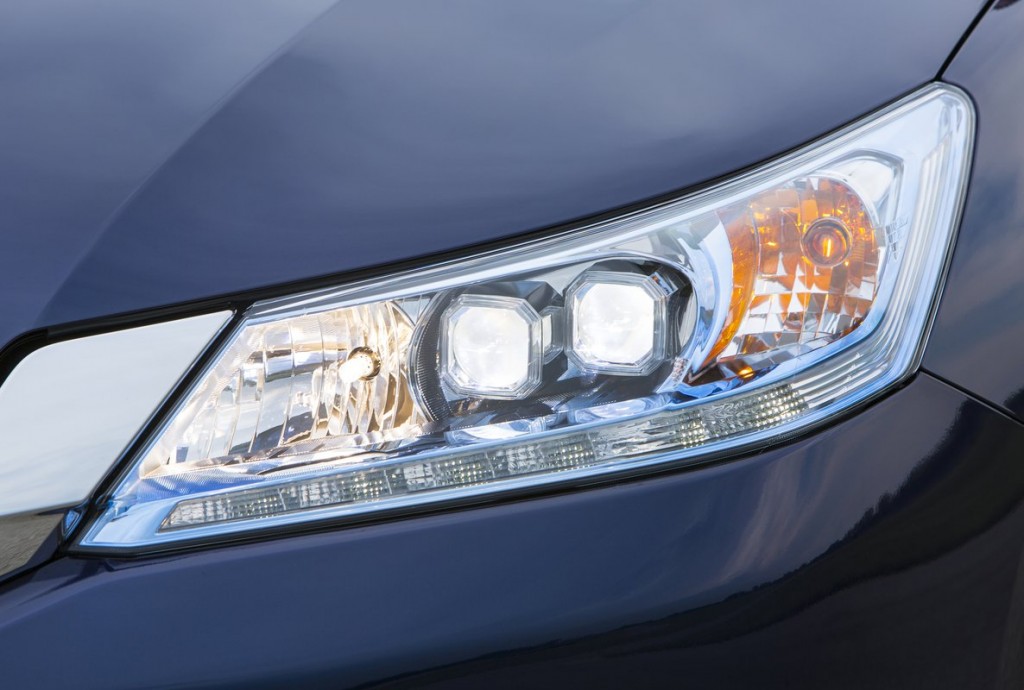 While the hybrid Sonata's transient response for quick passing on the highway is very good, it too doesn't return the real-world gas mileage of the hybrid Accord or Camry models.

And it's the real-world gas mileage that tipped the balance to the Accord Hybrid.

This is a car that is built in the U.S. and that will ultimately sell in the tens of thousands each year. The base model of the gasoline 2014 Accord is rated at 30 mpg combined, but the hybrid Accord is more than half again as high, at a combined 47 mpg (50 mpg city, 45 mpg highway).

And unlike the Fusion Hybrid, we think the Accord Hybrid will achieve that number--or come within the 10-percent variance that most buyers find acceptable.

Over our recent week of test driving, the Accord Hybrid consistently returned 39 to 45 mpg on several long high-speed highway runs. 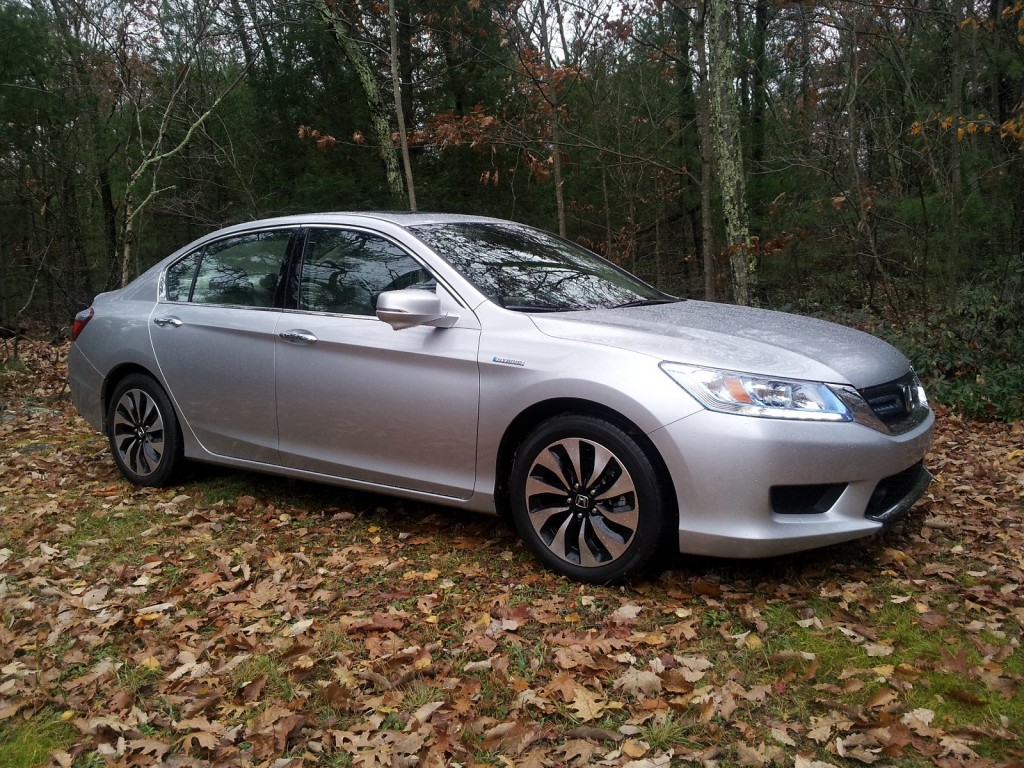 And in a pair of stop-and-go city and suburban driving tests that maxed out at 45 mph--one in Eco mode, one in Normal--the 2014 Accord Hybrid returned 52.8 mpg and 51.4 mpg respectively.

A note on that Eco mode, by the way: It's the first one we haven't loathed for sapping all the power out of a car. In fact, we drove the Accord Hybrid for a day before noticing that it was on in the first place--there's only a little green leafy symbol on the dash to indicate it. 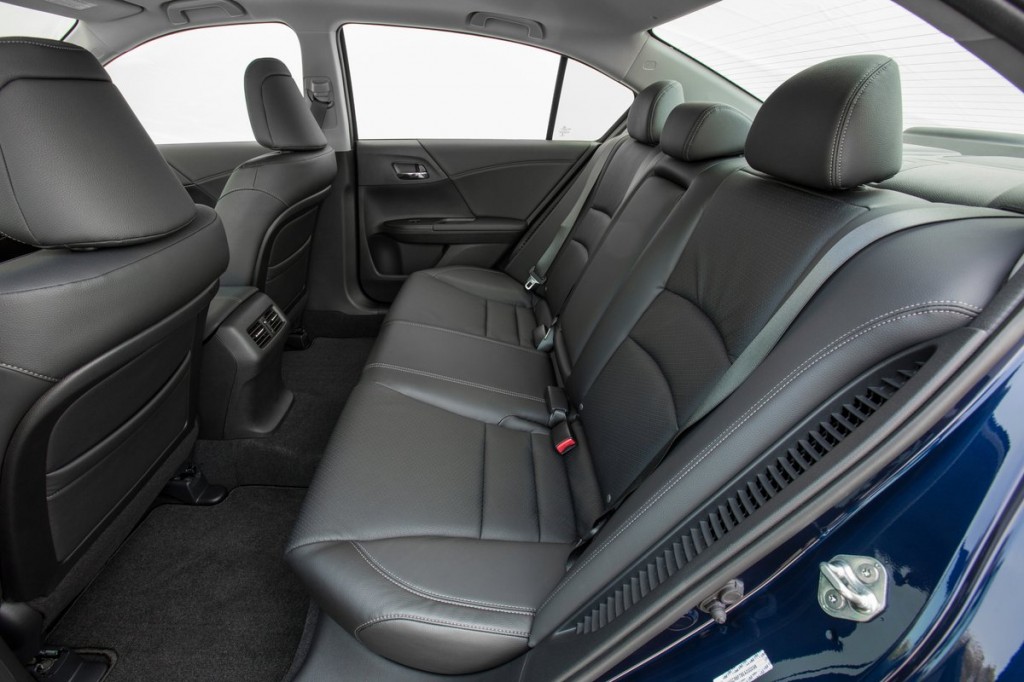 This is the first car we think drivers can leave in Eco mode all the time without hating the compromises they must make for fuel economy.

As for the rest of our nominees: The only other serious contender for the award this year was the 2014 BMW i3. It's an audacious and technically advanced car from an unlikely maker, and we found it seriously soothing to drive in crowded urban areas.

Unfortunately, we couldn't drive the range-extended version, and the battery-only i3 is likely to have the same sub-100-mile range of many other competitors. It's been well received by the market, but especially in comparison to last year's winner--the Tesla Model S--the BMW i3 just felt a little lacking. 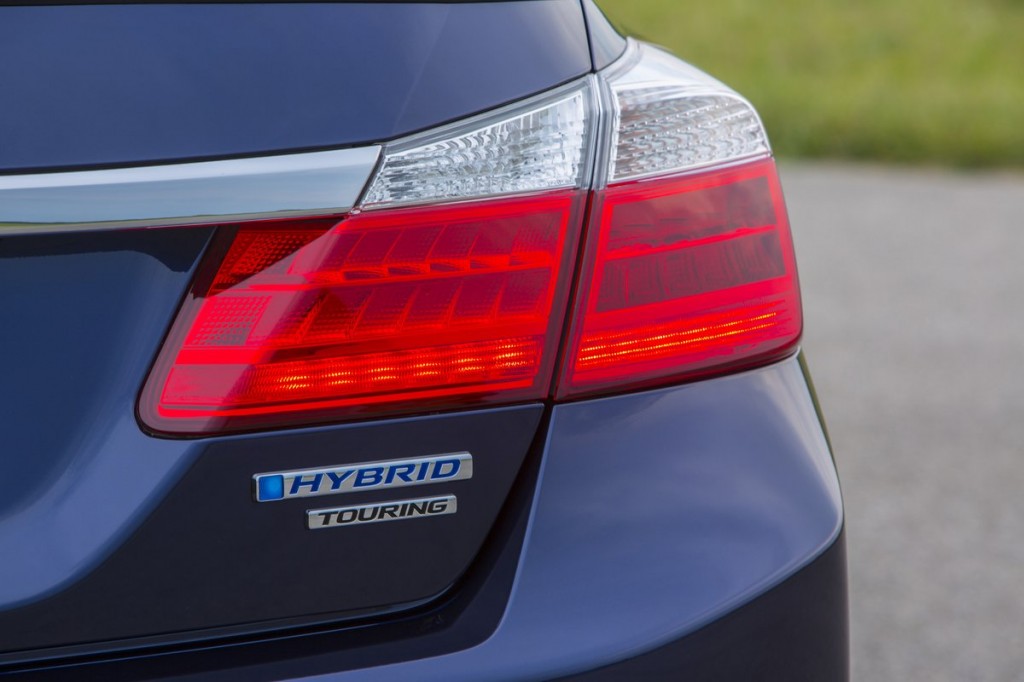 The 2014 Chevrolet Cruze Diesel is a good first try at offering diesel in passenger vehicles, but while it's superb in highway cruising, its throttle lag and lack of immediate power away from stops in city and suburban driving make it unpleasant to use.

And while the 2014 Mazda 3 is likely to deliver good real-world gas mileage, its compromises as a brand-new compact car--including its very cramped rear seat--argue against winning the award.

For all those reasons, the 2014 Honda Accord Hybrid is the winner of our Green Car Reports' Best Car To Buy 2014 award.

To see all the details on this year's nominees, plus articles about our previous years' awards, see the Best Car To Buy summary page.