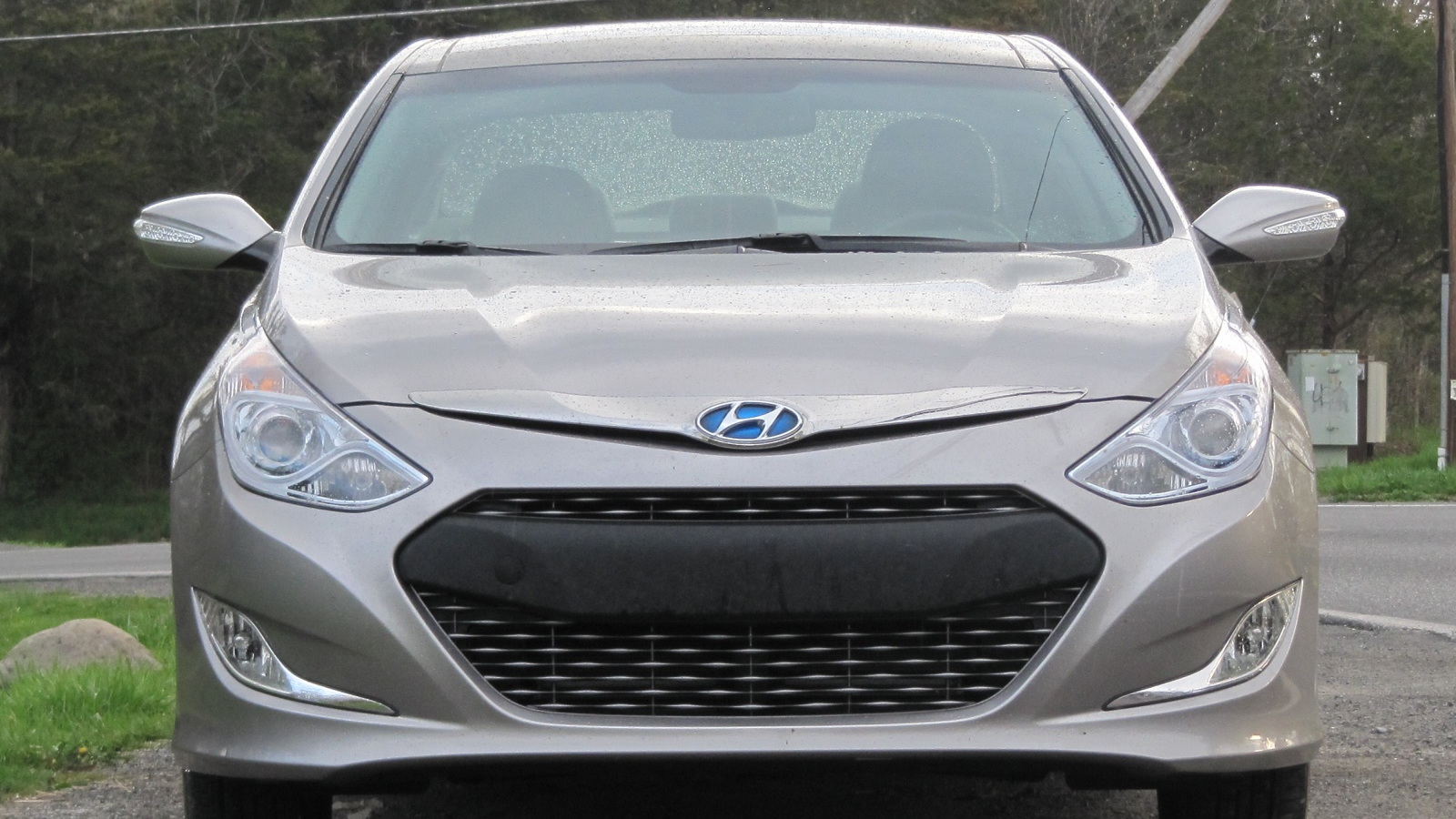 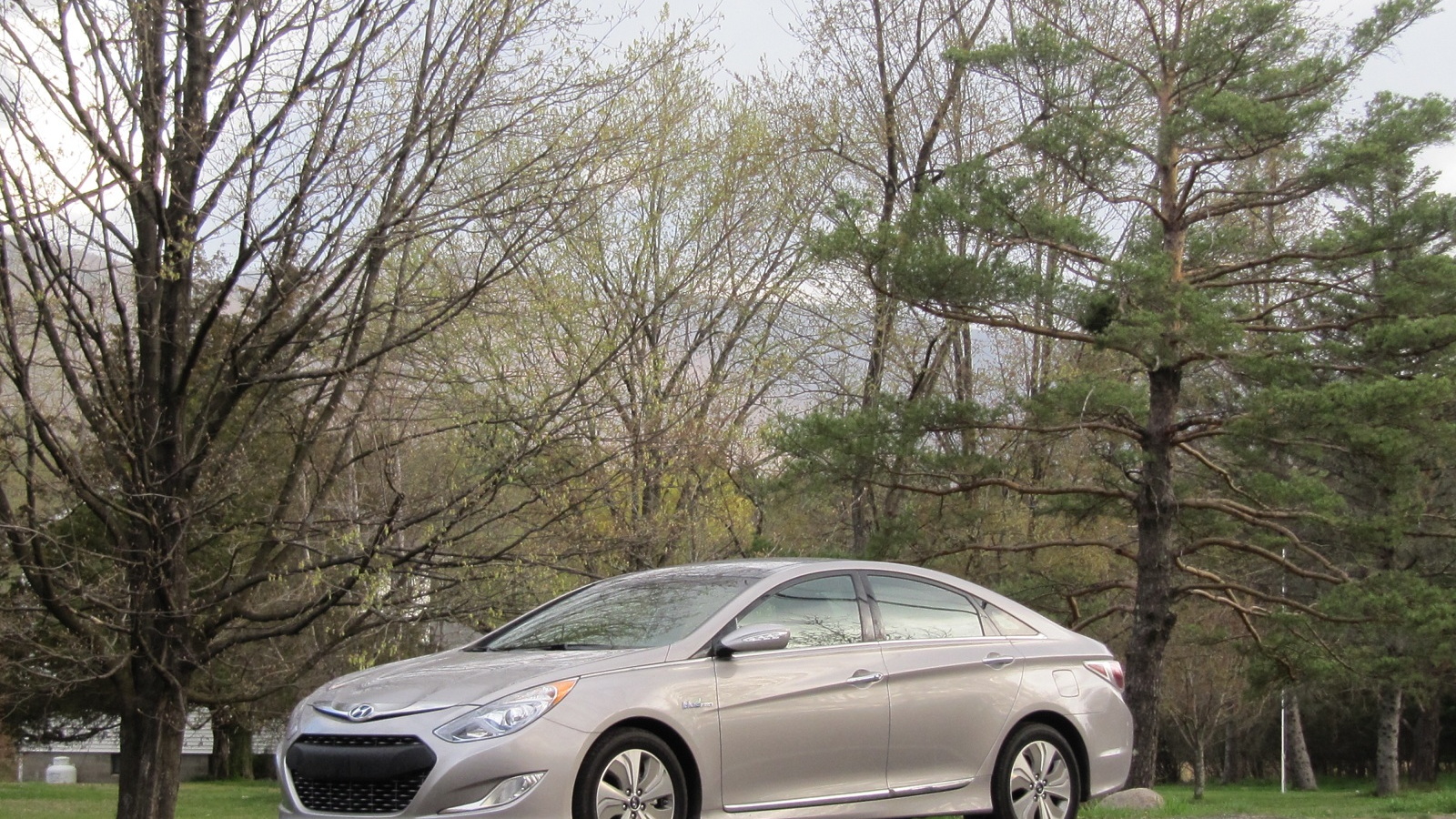 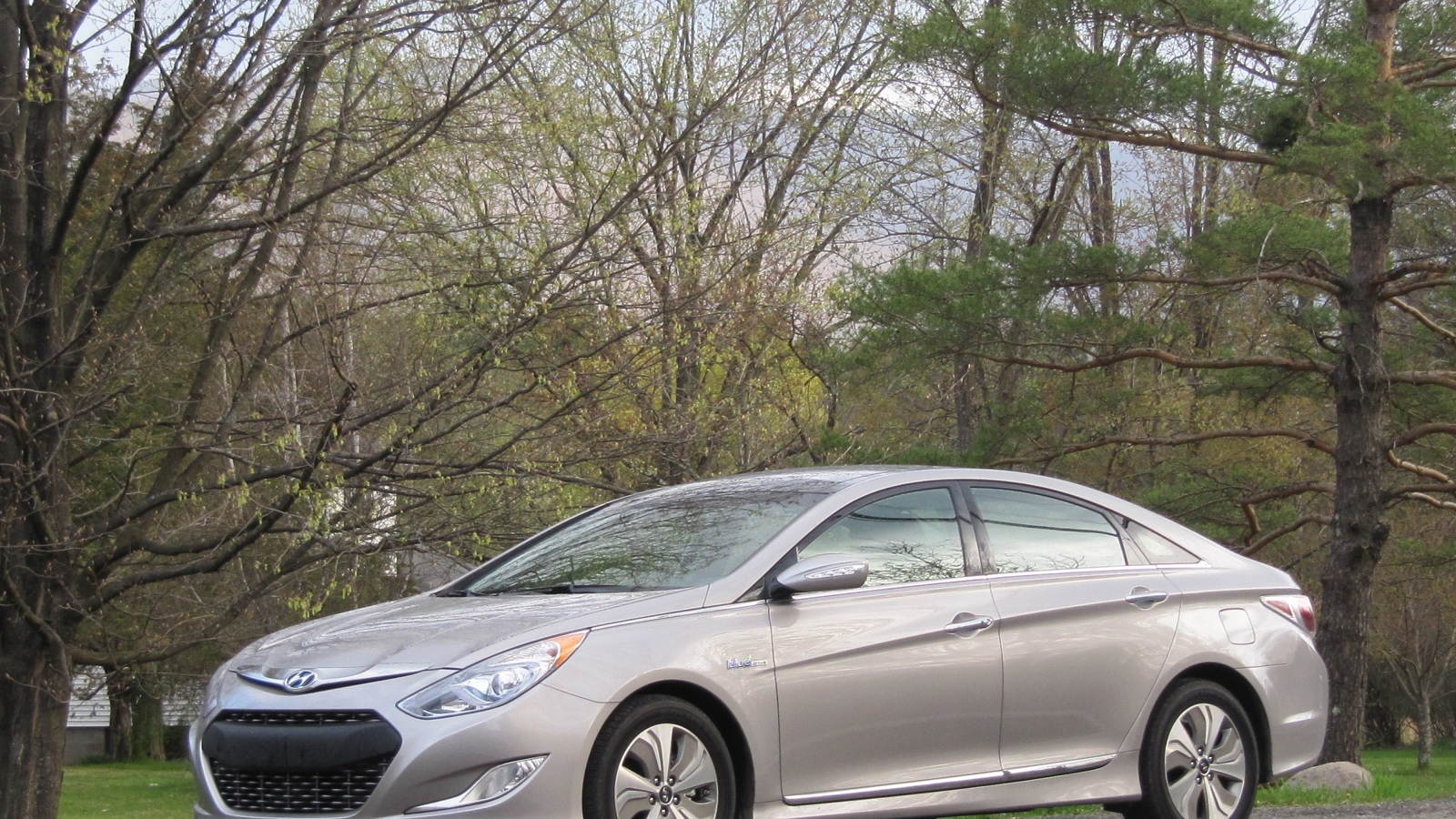 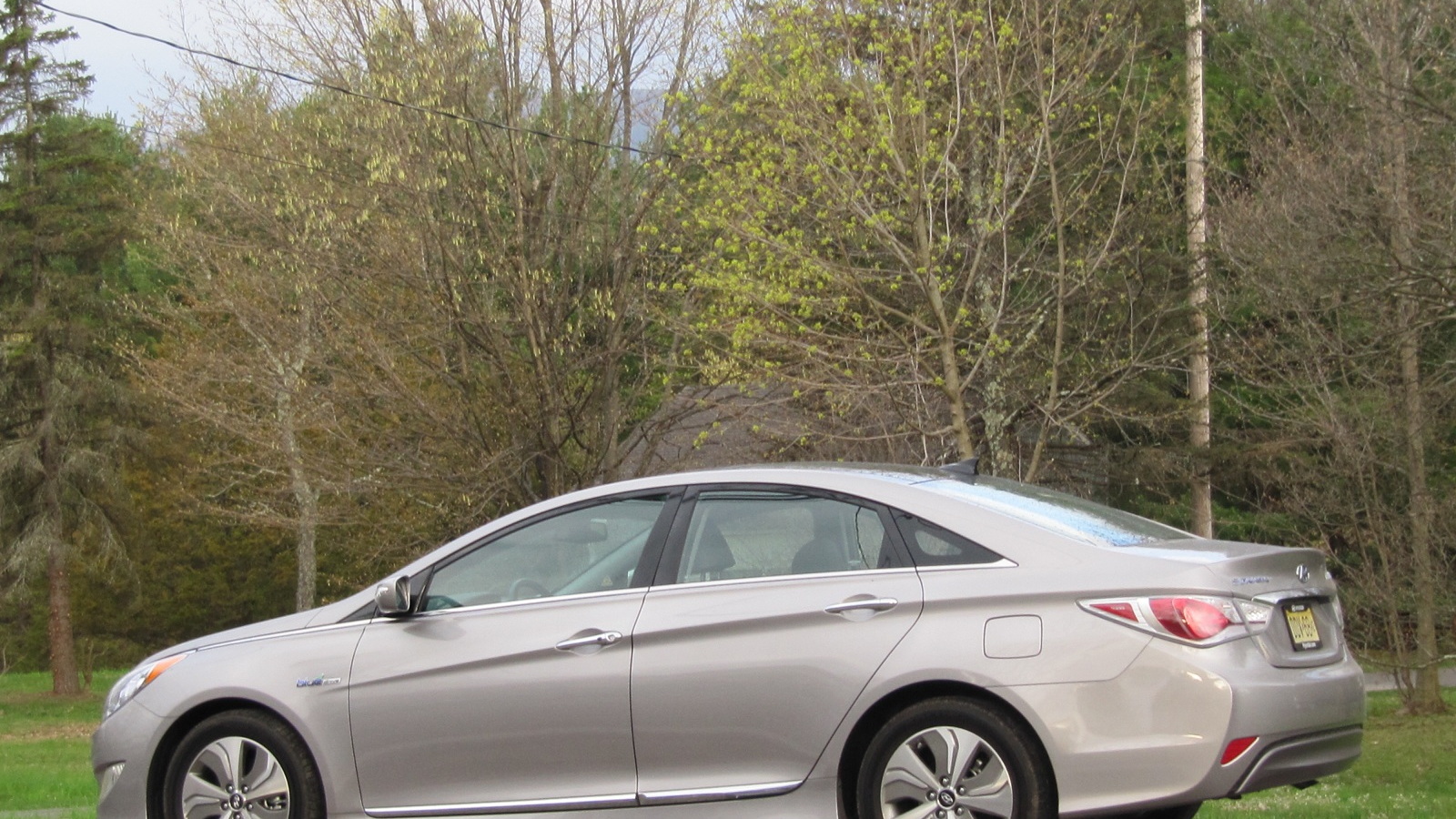 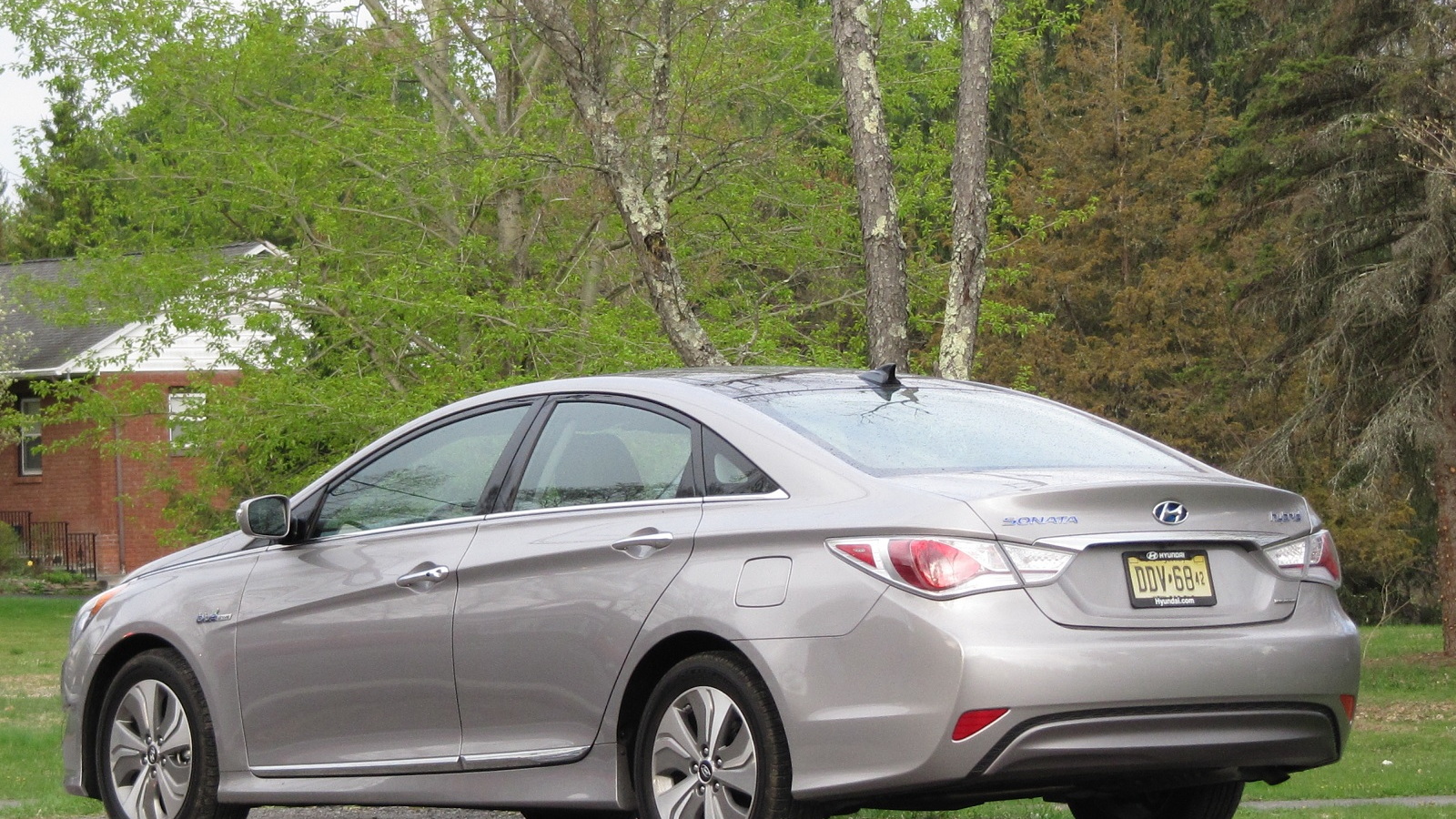 We weren't big fans of the first Sonata Hybrid when Hyundai launched it for the 2011 model year.

But the 2013 Hyundai Sonata Hybrid has numerous updates and modifications that improve its driveability--the characteristic that can sink hybrids when buyers test them.

We found the hybrid 2013 Sonata much improved during a half-day drive a few weeks ago.

Now we've had a chance to spend a few days using the car for a variety of everyday tasks.

Our test cycle averaged roughly two-thirds highway travel and one-third around-town and suburban use, as it usually does for the cars we test.

By way of comparison, we averaged 36.8 mpg in February when we tested the competing 2013 Ford Fusion Hybrid.

We're compelled to note, however, that winter weather may have knocked a couple of mpg off what the same hybrid Fusion might return over the same test route in the summer.

Nonetheless, real-world mileage in the Fusion Hybrid appears to be far lower than its 47-mpg combined EPA rating--a situation the EPA is now investigating.

Other competitors include the 2013 Toyota Camry Hybrid, rated at a combined 41 mpg for the LE model and 40 mpg for the XLE high-end model.

There's also the Hyundai's mechanical twin, the Kia Optima Hybrid, whose ratings are identical to the hybrid Sonata's: 38 mpg for the base model, 37 mpg for the high-end EX model.

Our four-day test confirmed our first impression from the launch drive: The 2013 Sonata Hybrid drives better than the 2011-2012 model.

Hyundai has designed the system to operate up to about 70 mph, as well as around town, because it says U.S. drivers spend 55 percent of their miles at highway speeds.

We observed the car drop into EV mode as high as 75 mph. At that speed, the transition was imperceptible--we wouldn't have noticed if we hadn't been watching the gauges.

The more powerful electric motor allows pulling away from stops in electric power, and proved surprisingly strong up to about 20 mph, when the engine tended to start.

That sense of electric-only power is one of the selling points of a hybrid, and Hyundai definitely does its best on acceleration at low speeds.

The brake blending between regenerative braking and the friction brakes is better in the latest hybrid Sonata too--though the brakes felt very firm, bordering on grabby.

Those transitions are still obvious in some circumstances--especially in quick on/off braking and acceleration.

We still find transmission downshifts that occur while the Sonata Hybrid is running in electric-only mode to be odd and startling, but owners will quickly get used to them.

Hyundai says using an adapted six-speed automatic transmission (with the electric motor sandwiched between it and the 2.4-liter engine) gives a more normal driving feel under all circumstances than does the electronic continuously variable transmission (eCVT) used by Toyota and Ford.

A handful of other observations about the 2013 Hyundai Sonata Hybrid:

Our test car was a 2013 Hyundai Sonata Hybrid Limited, the more luxurious of two trim levels for the hybrid Sonata, with a base price of $30,550.