An internal General Motors memo last week said Rohrer would become director of Chevrolet truck advertising. She is no longer associated with the 2011 Chevrolet Volt extended-range electric vehicle, which is to arrive in dealerships before the end of the year.

The notorious Volt Dance, performed to members of the general public attending the Los Angeles show, was instantly savaged across the web--including here, here, here, and here. 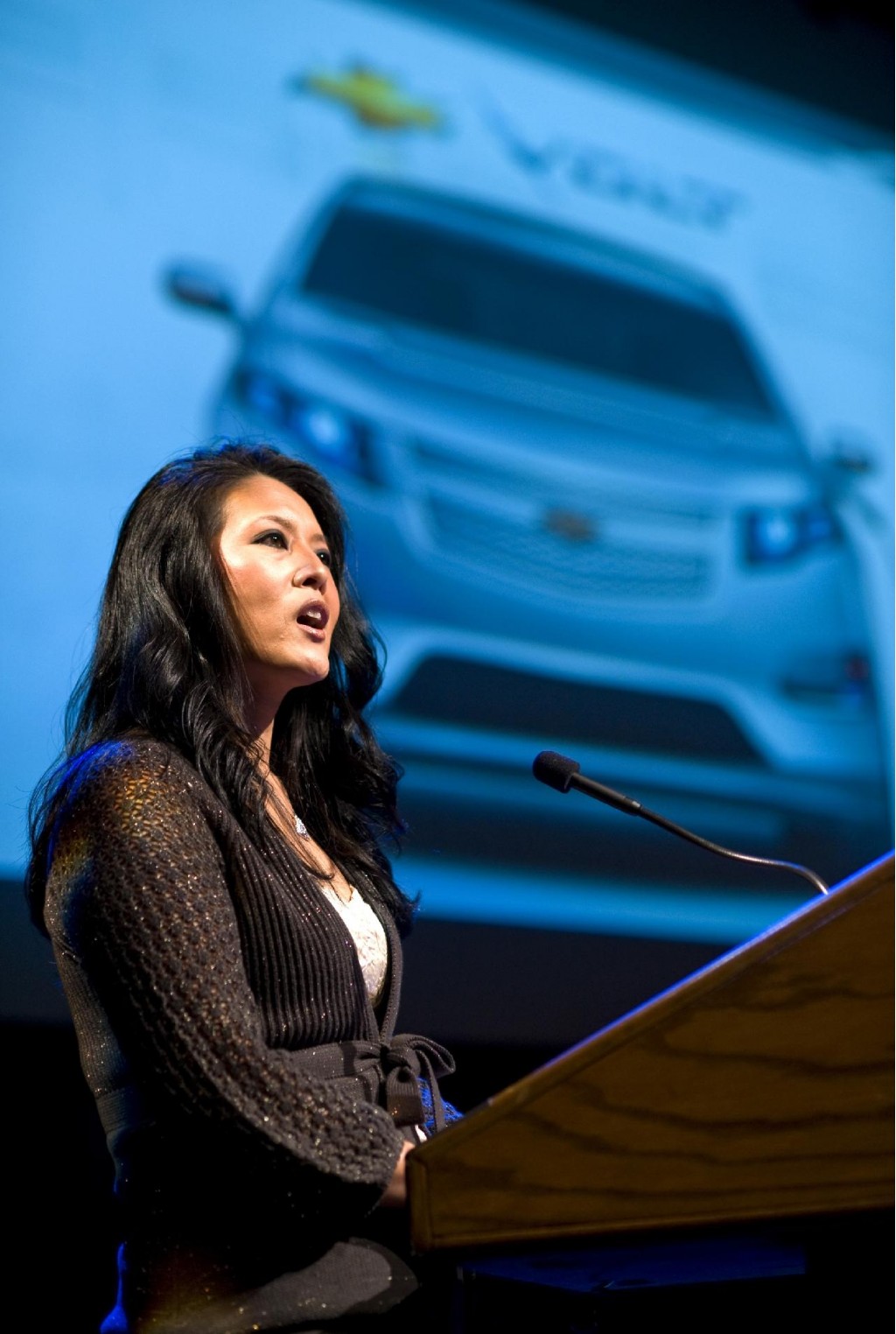 Our piece on the Volt Dance, with accompanying video from GM-Volt.com, generated horrified comments and much tweeting. We attempted to interview Ms. Rohrer, but regrettably, there was no room in her schedule to talk to us.

Instead, long-suffering GM PR spokesman David Darovitz had to explain what happened, and how the Volt Song--written for 7-to-12-year-olds--combined with a particularly lame dance routine to became a public black eye for GM's extended-range electric vehicle.

GreenCarReports.com reached was unable to reach Darovitz for comment; he confirmed Rohrer's new position but added, "The move had nothing to do with recent events in L.A." Two separate sources within General Motors also confirmed the memo and its contents.

The 2011 Chevrolet Volt was on display at last week's Detroit Auto Show, with nary a song or a dancer in sight. The only dancers at all, in fact, were found on the stands of Mini and Volkswagen.

So the news that responsibility has been assigned for the Volt Dance is encouraging. The jury's still out, but perhaps we'll withdraw our request to get our bailout dollars back.

But we're not going to decide quite yet; we're waiting to see Volt Marketing, Release 2.0.