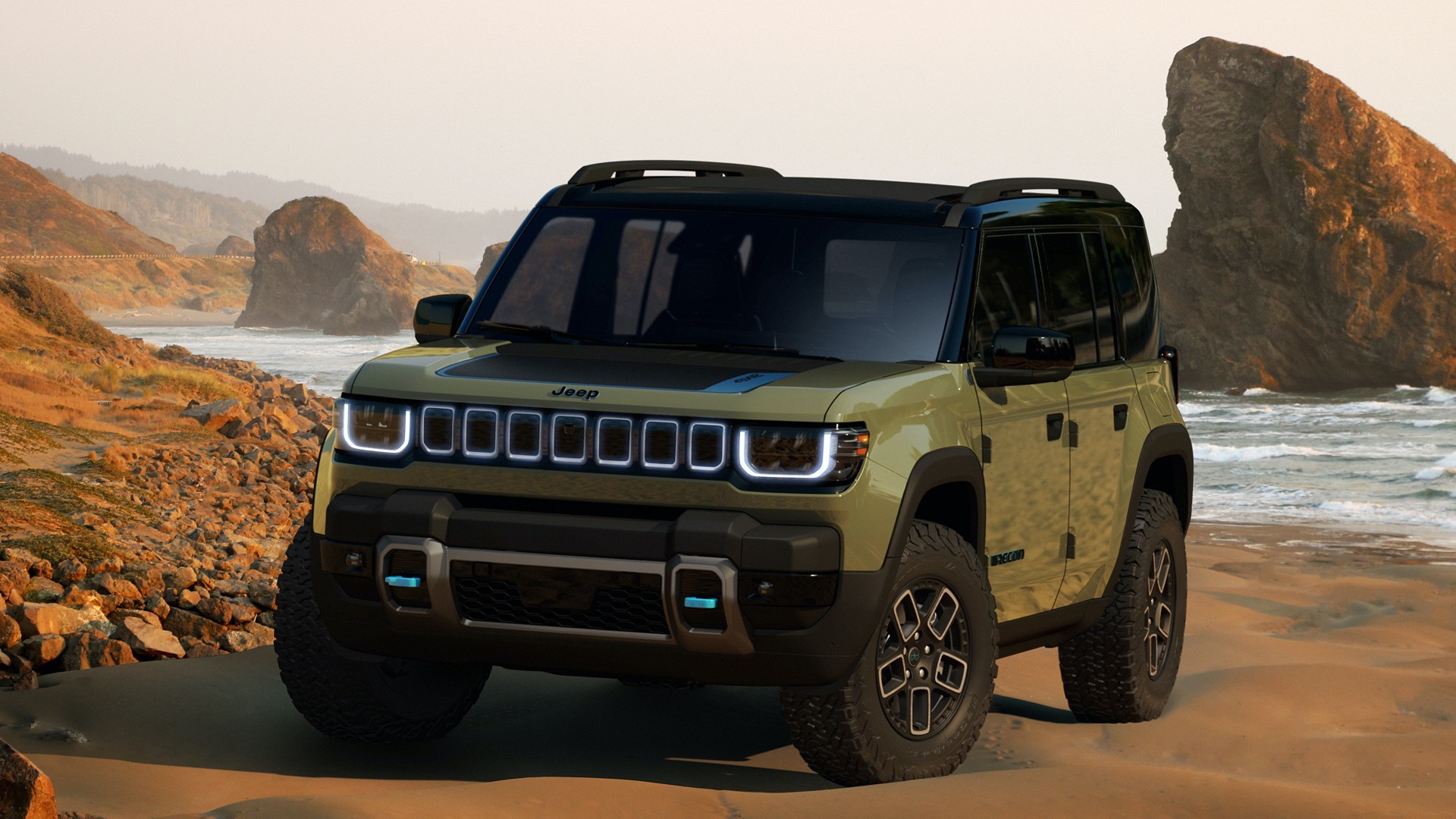 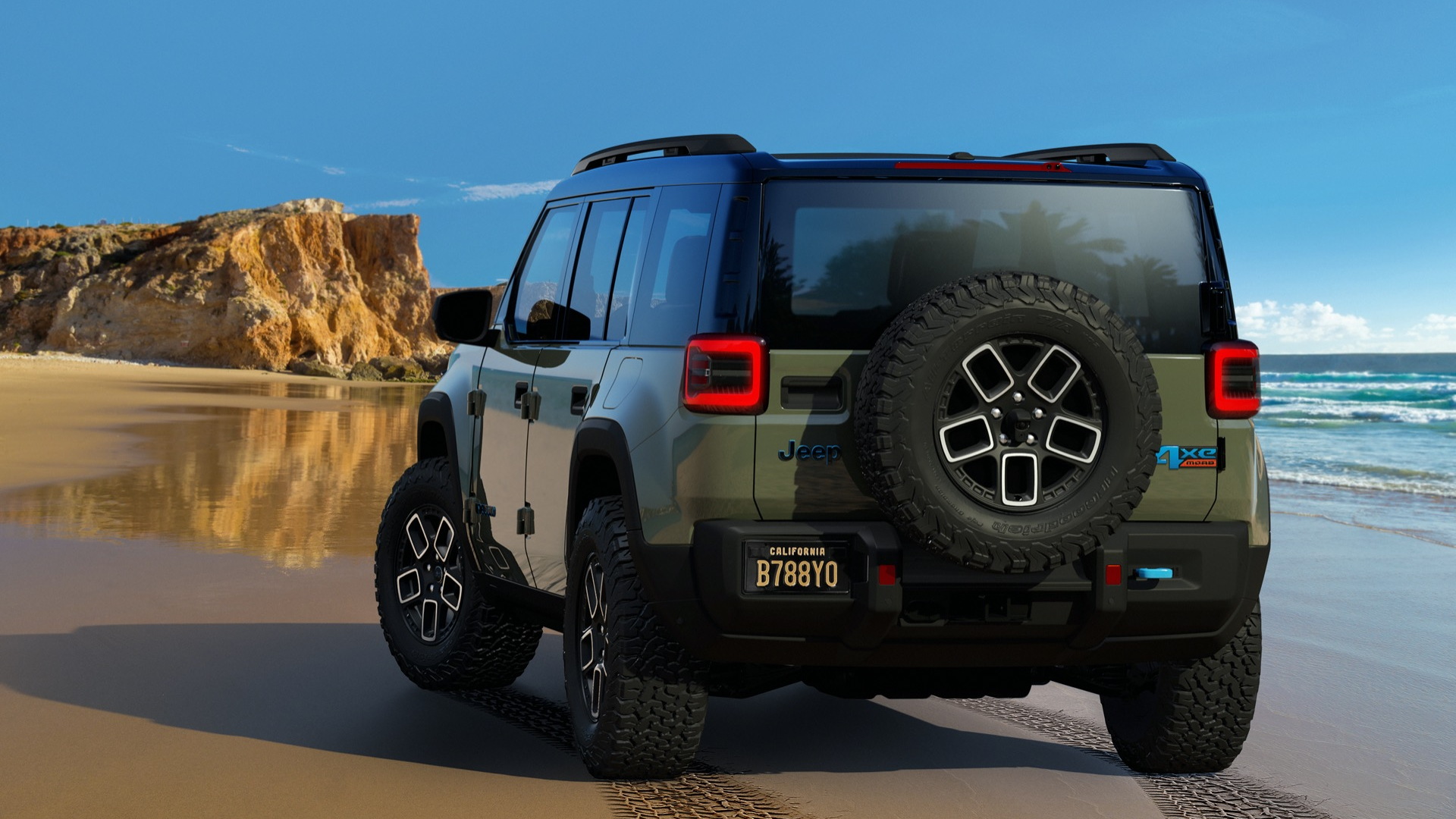 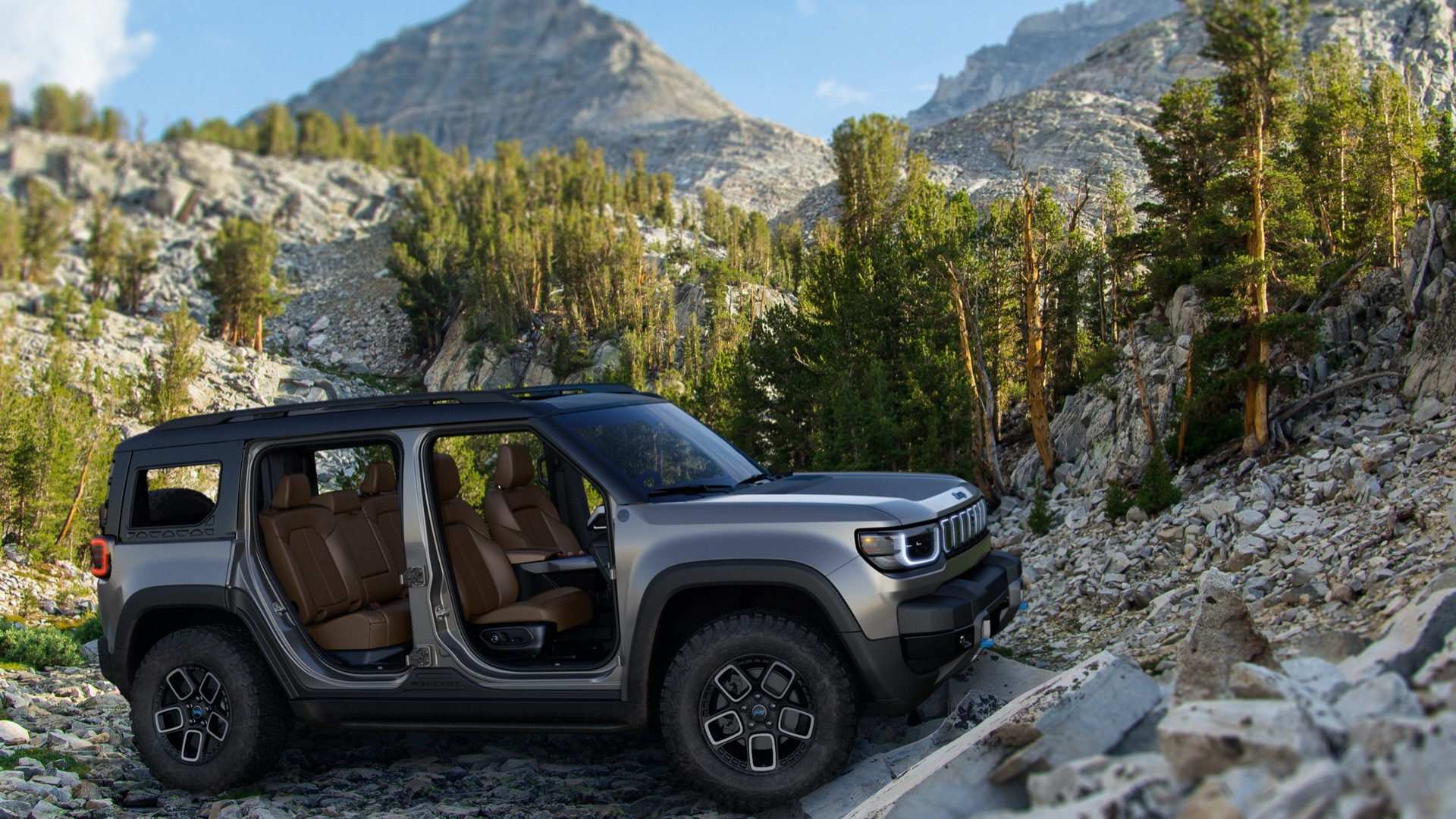 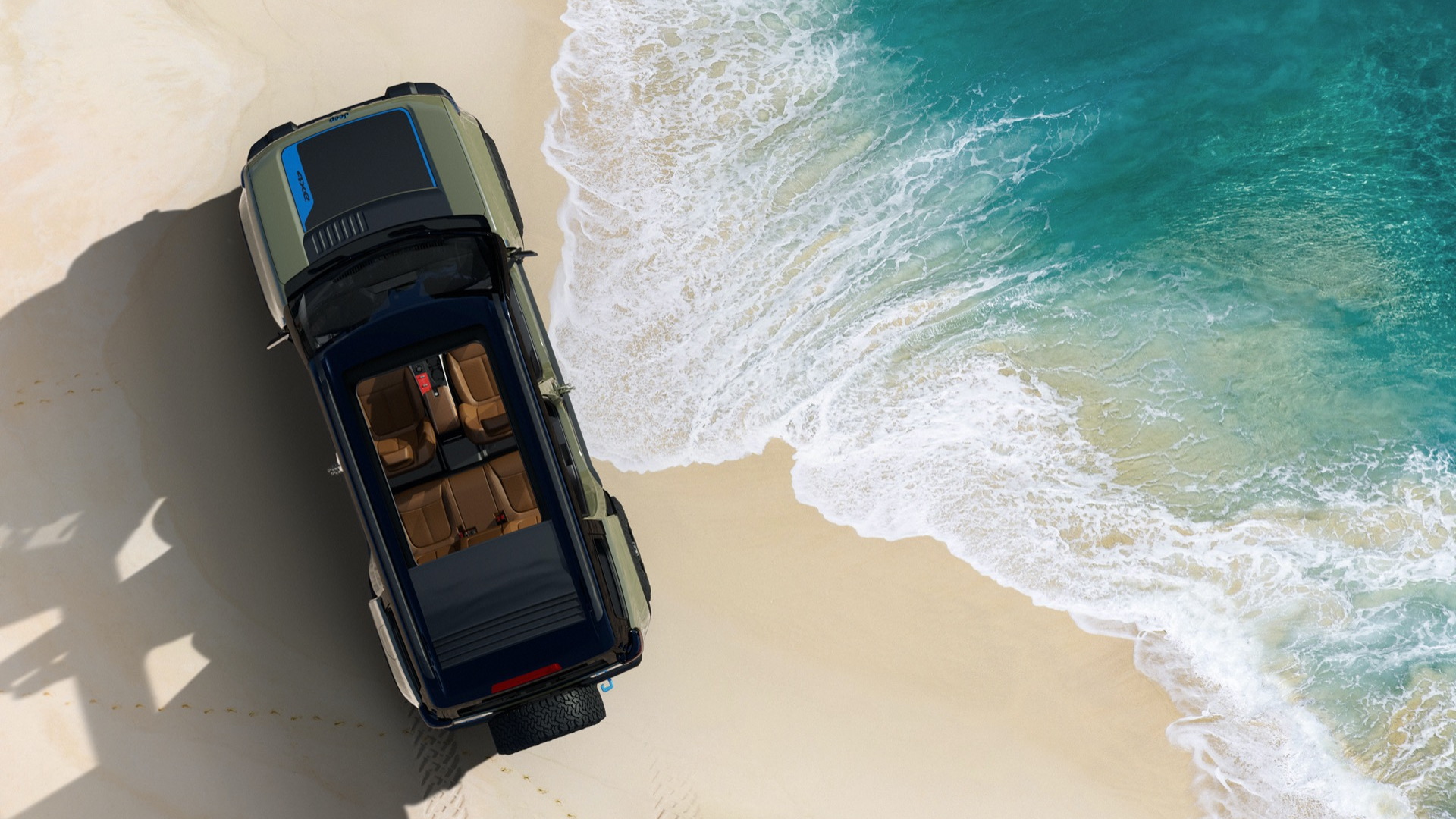 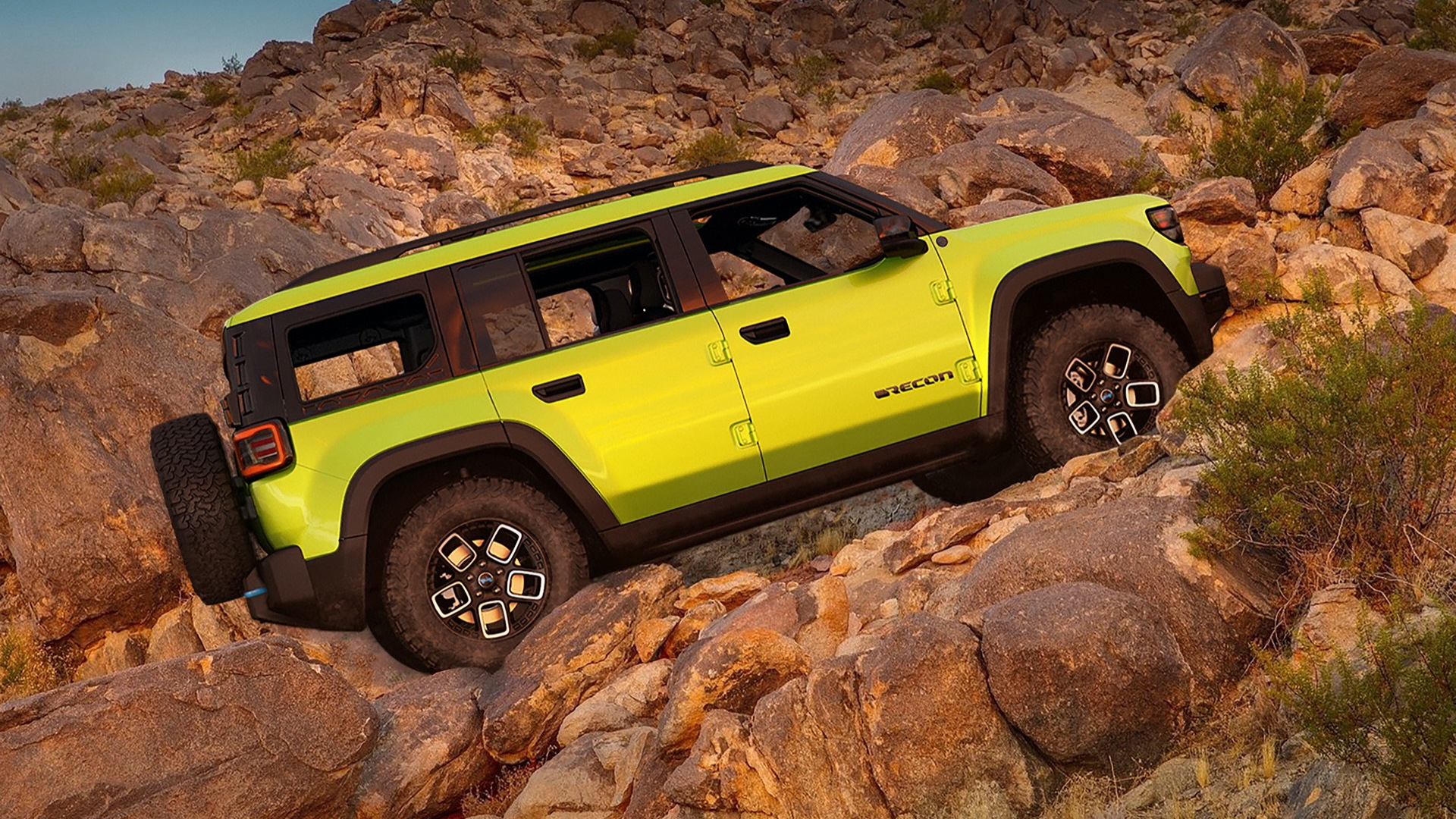 Jeep on Thursday revealed what it called the next phase of its shift to an all-electric lineup for Europe by 2030 and a target of half EV sales by then in the U.S.

The first of these fully electric models to arrive—revealed in March as one of Stellantis’ 25 U.S.-bound EVs by 2030—will be the Avenger. Jeep says the Avenger compact SUV will offer impressive ground clearance and off-road angles plus a technologically advanced interior and a targeted range of up to 250 miles (likely to the European WLTP standard). It will be revealed at the Paris auto show in October and is set to go on sale in Europe in early 2023.

Perhaps most notably, the Avenger will be positioned under the Renegade in the lineup, which suggests a very low price, and it will be built in Poland.

Jeep’s North American EV movement starts with the Wagoneer S and Recon, both set to arrive in 2024. These two models will be American-made and sold here first, but they’ll reach Europe later that year.

The Wagoneer S is a large luxury SUV set to be built on different underpinnings than the gasoline Wagoneer, and it’s exclusively an EV. It will offer a claimed 0-60 mph time of 3.5 seconds and a target range of 400 miles, and a design “driven by aerodynamic efficiency, combined with the upright Wagoneer side view.”

The S is aimed at bringing a premium American look and feel to Europe as well as the U.S. Chief design officer Ralph Gilles, in a Q&A session on the announcements, called the Wagoneer S “a fantastic new statement,” noting that its design is “taking all these wonderful cues that we love about Jeep and reinterpreting them with this very advanced look.”

The third EV that’s on the way—probably bound to be the most eagerly anticipated one—is the Recon, a boxy, rugged off-roader. The Recon is a ground-up new SUV built on the company’s STLA Large platform, but it looks to the Wrangler for what Gilles called a “brotherhood.”

That includes short overhangs, long suspension travel, and open-air freedom with a one-touch power top and removable doors and windshield. But execs cautioned that it’s not replacing the Wrangler or its top-selling Wrangler 4xe plug-in hybrid.

“Wrangler is Wrangler, Recon is something else,” Gilles said. “We look at it as whitespace.”

Jeep CEO Christian Meunier summed that the Recon will be priced competitively, and “more important than price, the value is going to be outstanding.” He also hinted that the Recon and upcoming BEVs will have one-pedal driving—like the Magneto electric Wrangler concept.

The brand confirmed that by the end of 2025 it will offer 4xe plug-in hybrid models covering its full portfolio plus four BEVs in North America—the Wagoneer S, Recon, and two more yet to be revealed.

All three EVs shown Thursday aren’t concept vehicles; they’re production-bound. Further, there will be no sifting through identical builds—Tesla, ahem—in the parking lot. Jeep will be ready to help owners customize. Head of Jeep brand Jim Morrison said that the brand will offer “a host of key performance products that we’ll be ready with from day one.”

Jeep also announced that the Grand Wagoneer 4xe plug-in hybrid will go 500 miles combined on a charge plus a tank of gasoline. The brand hasn’t yet confirmed any other detailed specs such as battery size, efficiency, or fuel tank size.

With plans to bring four BEVs to North America by the end of 2025; that potentially leaves two more that haven't yet been previewed. So look for more, including reveals of the Recon and Wagoneer S, in 2023.