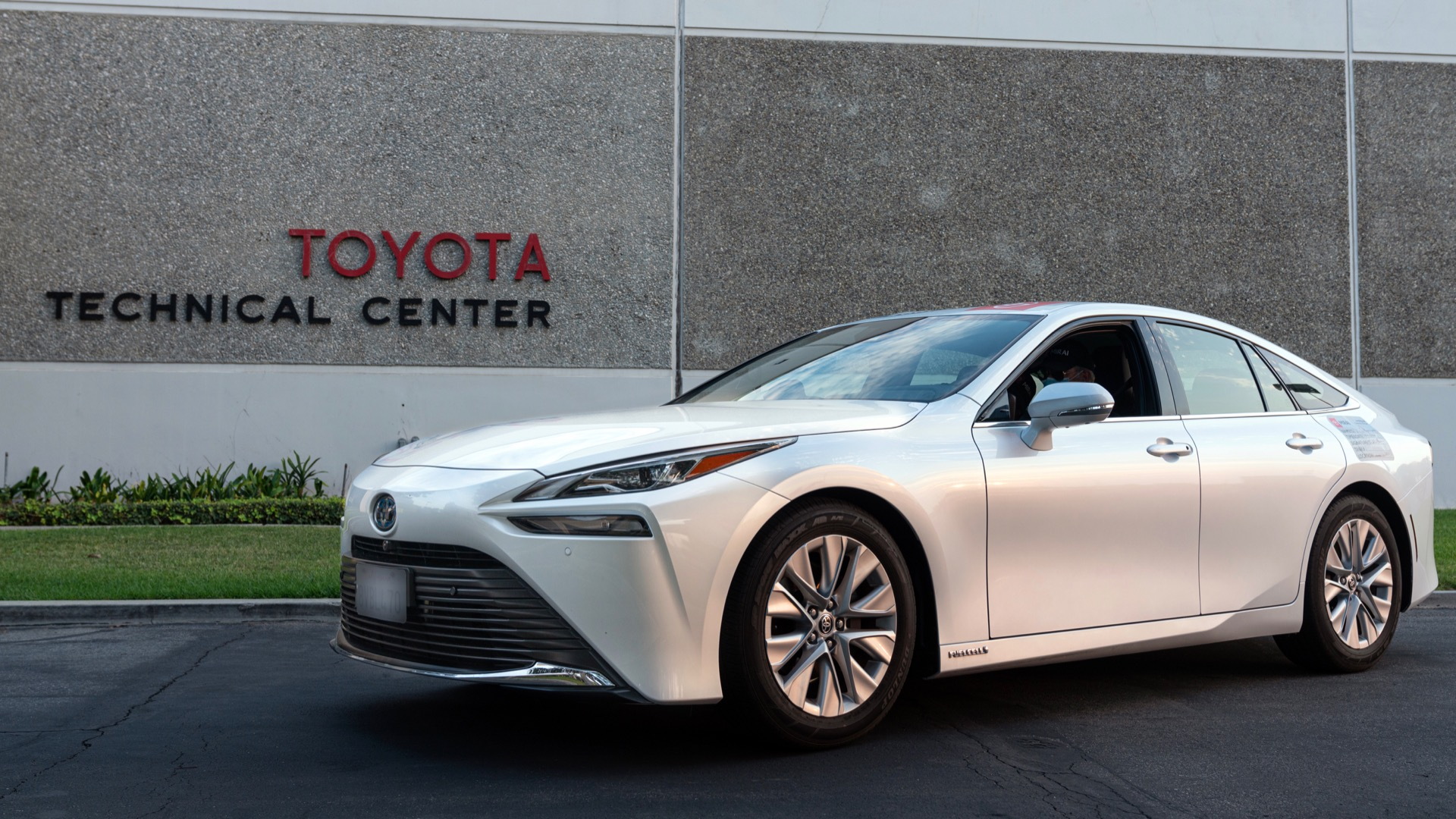 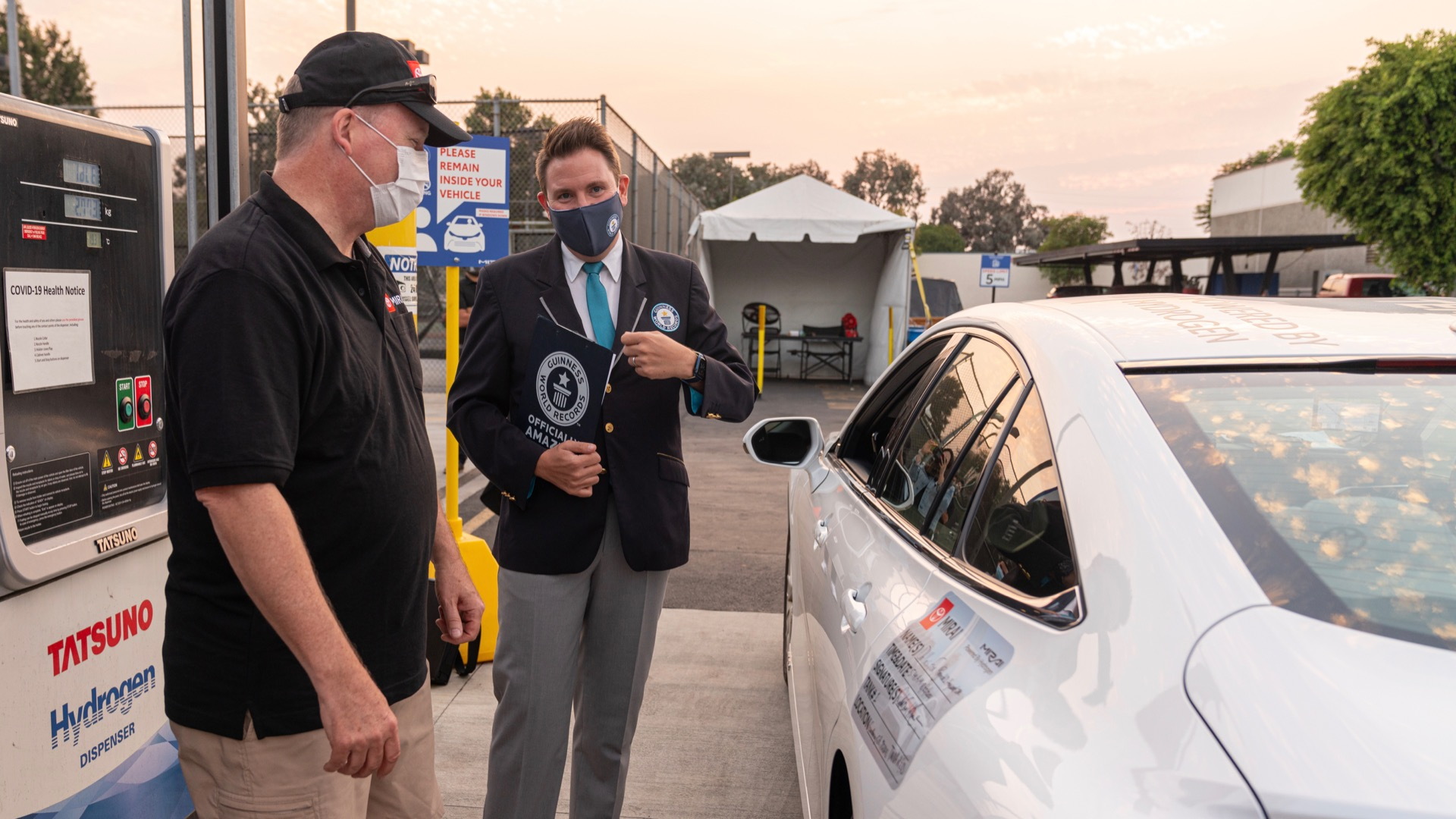 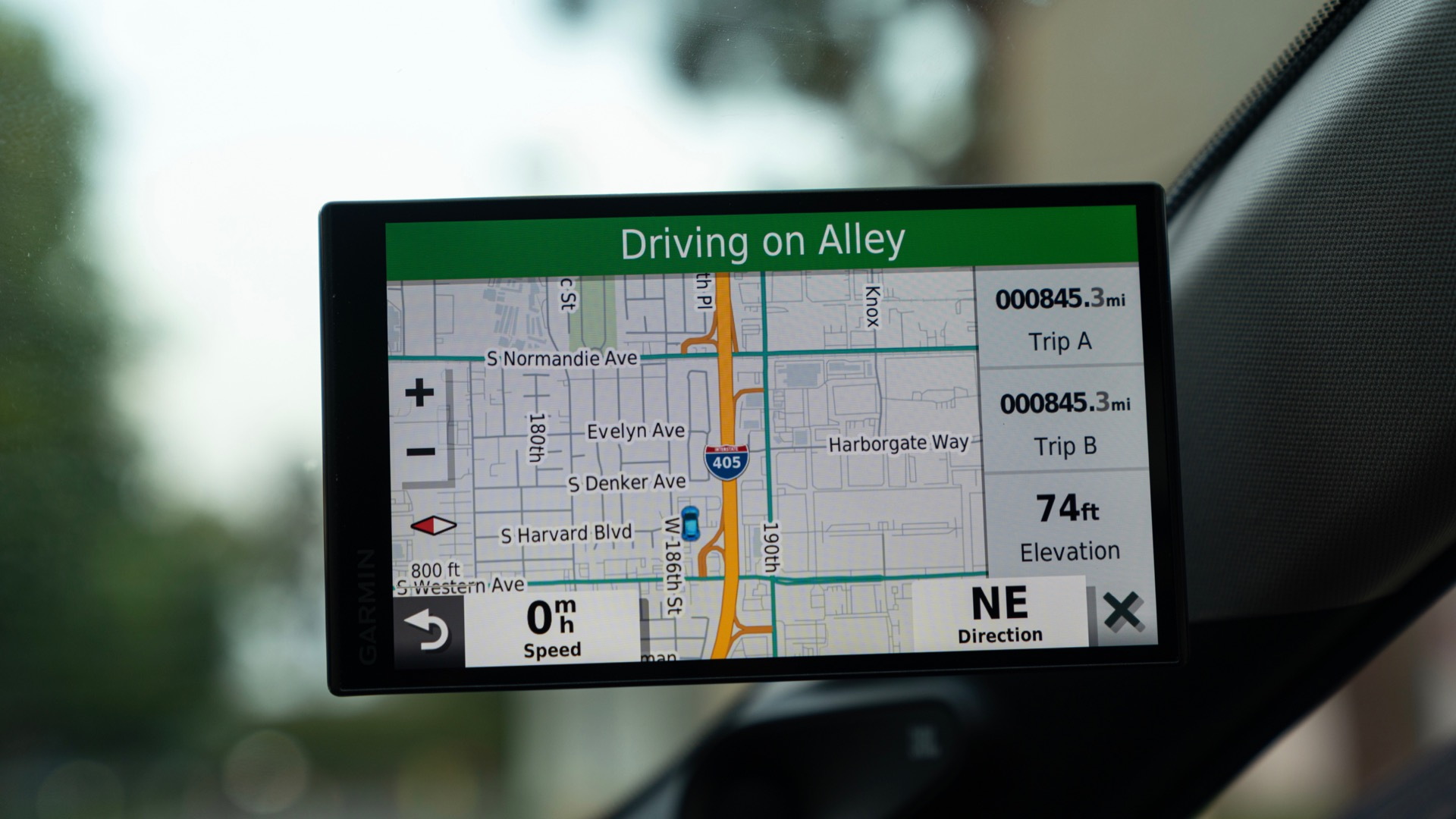 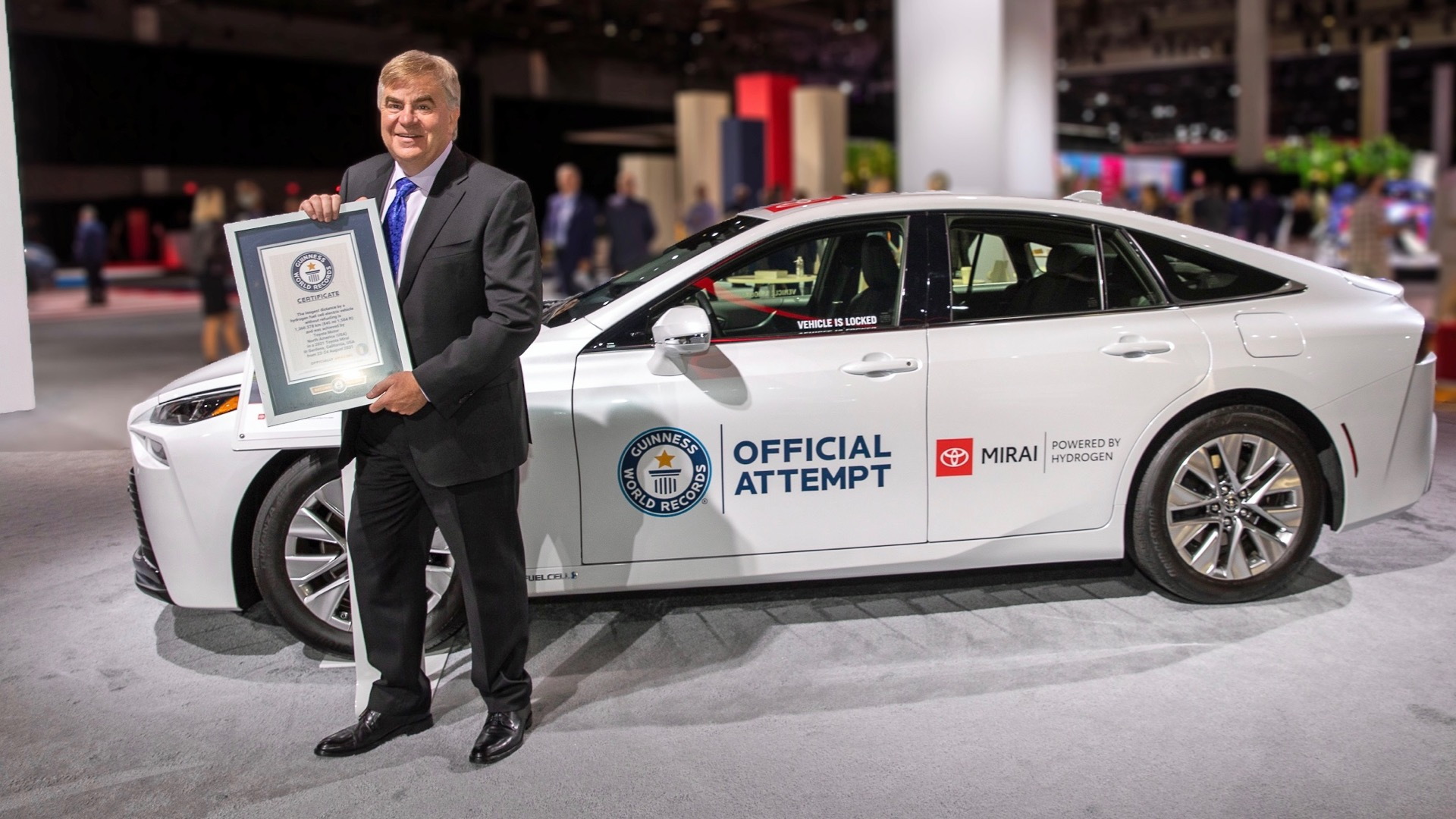 A 2021 Toyota Mirai was driven 845 miles on a single tank of hydrogen, setting a Guinness World Record for the longest distance driven by a fuel-cell vehicle without refueling. However, that record comes with a few caveats.

The Mirai was driven mainly in rush hour traffic, Toyota noted in a press release—a tactic that would make it possible to go very slowly, which helps maximize range in the Mirai. It was also driven mainly in loops around Southern California rather than on a point-to-point journey. The record attempt took place over August 23 and 24, 2021, covering 473 miles the first day and 372 miles the second day, according to Toyota.

The team employed hypermiling techniques, like shutting off accessories and overinflating tires, to maximize range, so this was far from a typical driving pattern, and not all all useful in the real world.

According to the EPA, the Mirai goes 402 miles per tank in XLE form, or 357 miles in Limited form, with the LE achieving better efficiency than the Honda Clarity. Ordinary drivers won't see anything close to Toyota's results—equivalent to more than double the EPA-rated range—in normal conditions.

Still, this is impressive as a one-off achievement. Toyota said the Mirai achieved 152 MPGe and used just 12.4 pounds of hydrogen to cover the distance. With a gallon of gasoline weighing about 6.3 pounds, that's less than the weight of two gallons of gas—or on a weight basis, the equivalent of more than 420 mpg. As a large, luxurious sedan, the Mirai weighs 4,255 pounds—far less than an equivalent battery electric sedan.

Toyota also says that the Mirai cleans the air as it's driven—creating "minus emissions."

Much of hypermiling involves at the very least, taking extraordinarily long to reach a destination. But it's a good thought exercise for seeing how much efficiency you're potentially leaving on the table by adapting to normal driving speeds and patterns.

Over the years we've written about various hypermilers, like the Jaguar XJ-S driver who managed to extract 36 mpg, or the couple who averaged 67 mpgon a 9,505-mile U.S. road trip in their Jetta TDI. If you're willing to go slow enough in a battery electric car you might go many, many more miles on a charge too.

While going to extreme measures to return this result, at least one potential fuel-cell product is boasting a 1,000-mile range. That's the Hyperion XP-1 supercar, which also touts a claimed 221-mph top speed.

A hypermiling stunt fits with Toyota's ongoing effort to boost fuel cells. The company recently said that it plans to make fuel-cell modules in the U.S., as part of kits to replace the diesel engines in Class 8 semi trucks. While this latest exercise doesn't prove much, as with many record runs, it's all about the numbers.