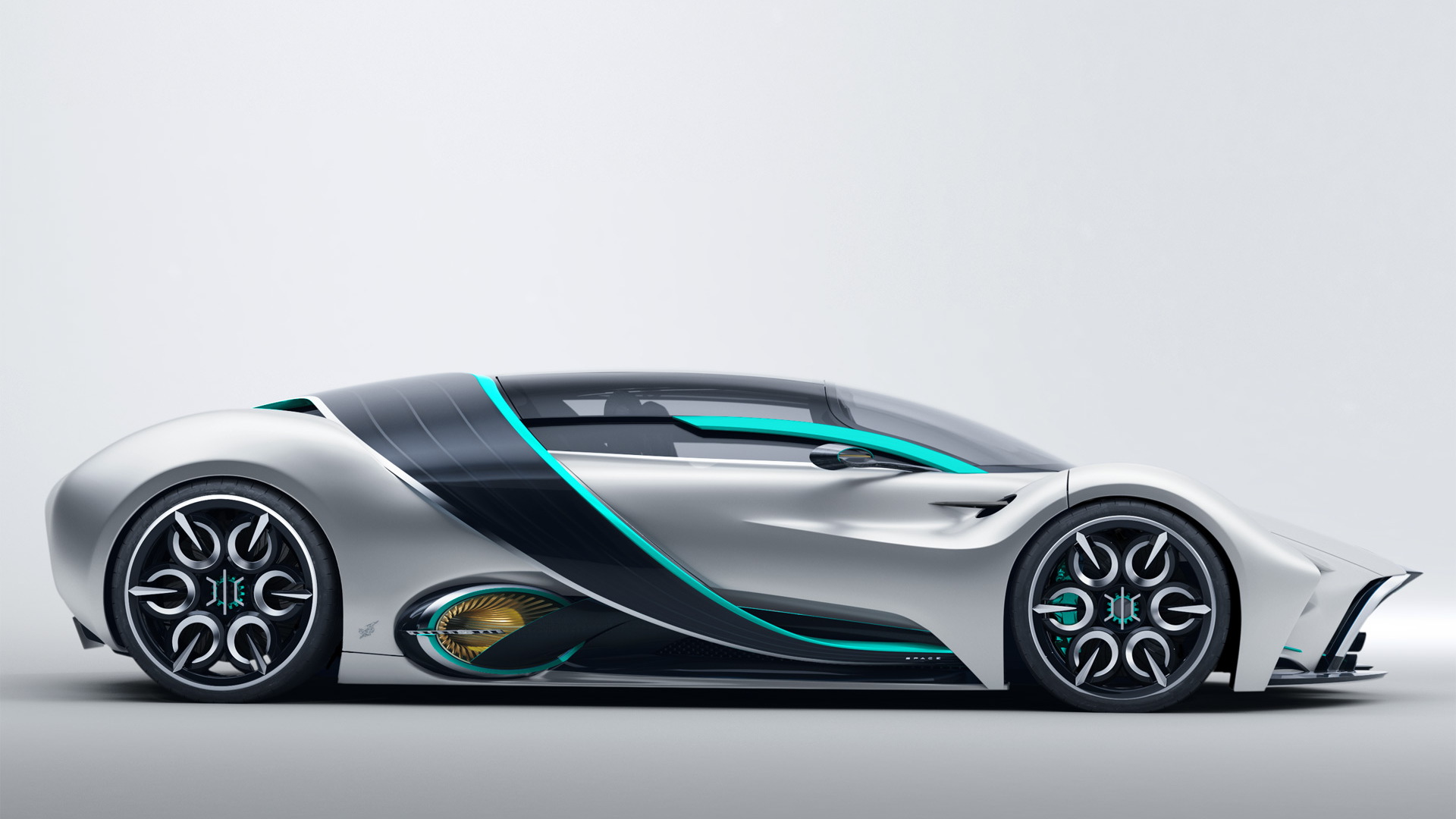 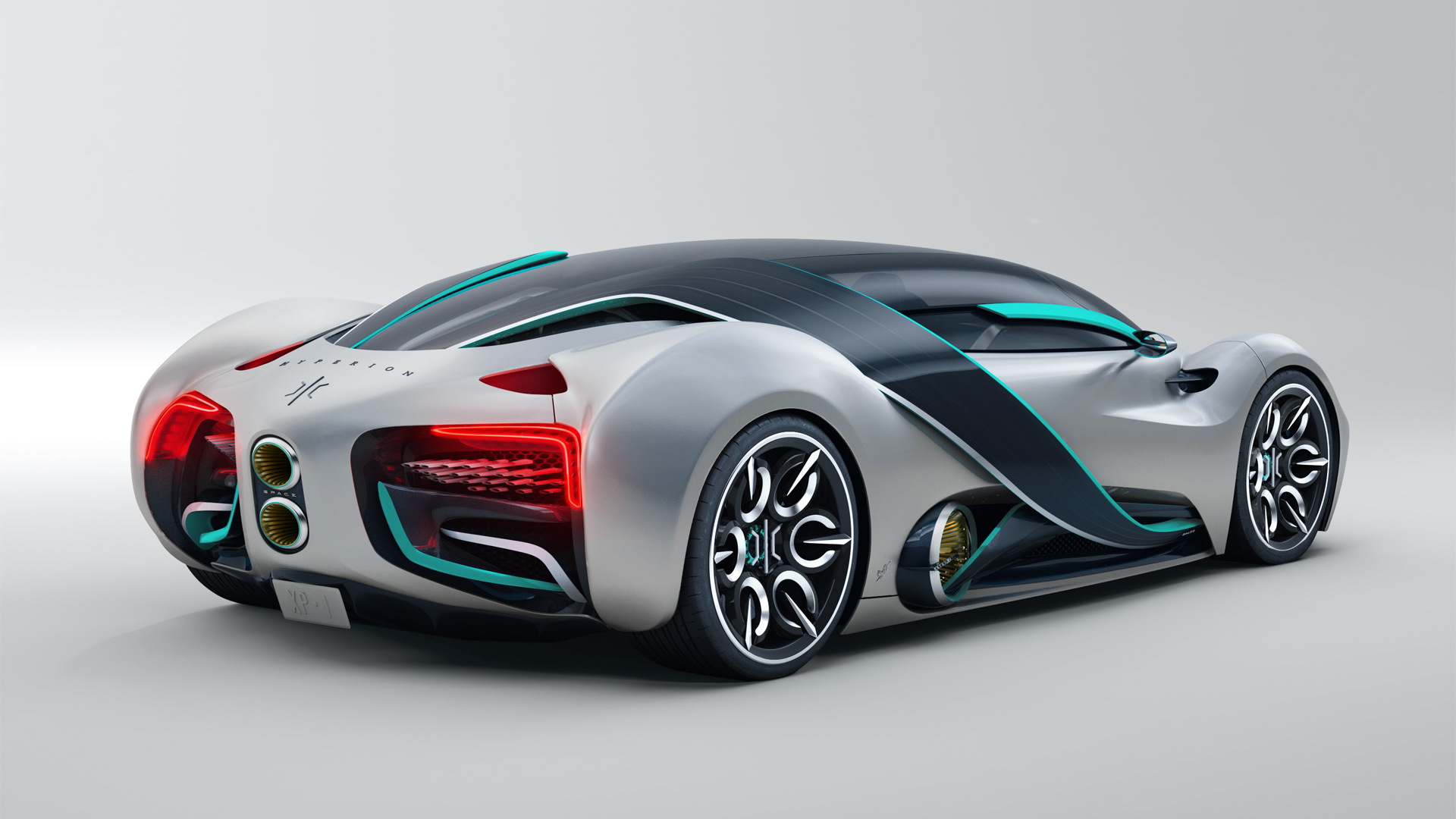 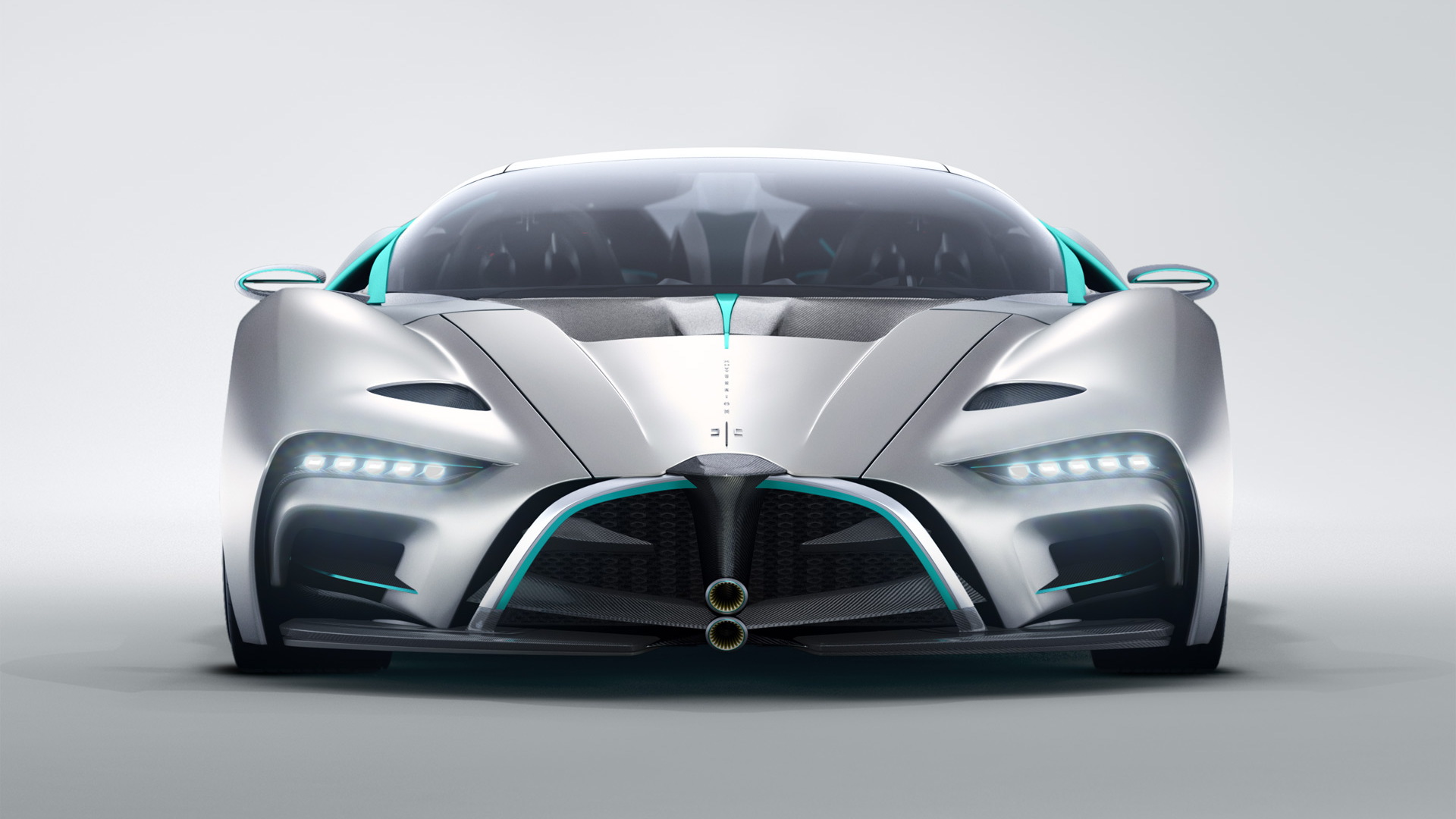 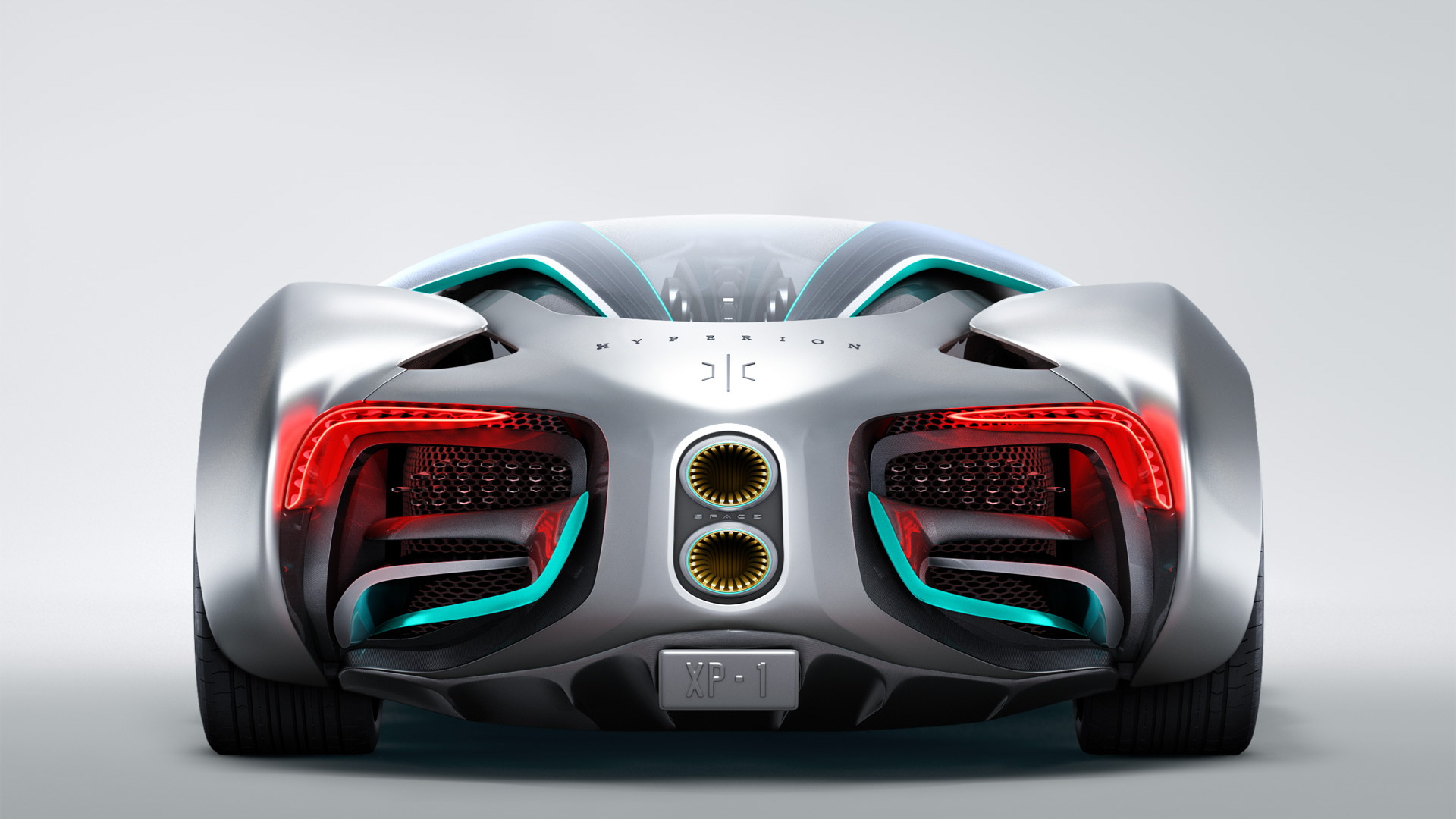 What has a claimed top speed of 221 mph, 0-60 mph acceleration faster than 2.2 seconds, a range of up to 1,016 miles, no tailpipe emissions, and could only be practically run in one state at present?

The answer is the Hyperion XP-1, an exclusive hydrogen fuel-cell supercar that “was partially designed to function as an educational tool for the masses,” according to the company's chief.

Originally set to be revealed at the 2020 New York Auto Show in April and then teased last month, the XP-1 marks the first chapter of Hyperion’s long-term vision to deliver “cutting edge space technology, pioneered by NASA” in things ranging from road vehicles to space travel, the company said. Hyperion also said that it aims to offer low-cost hydrogen fuel across America.

The company, which has confirmed to Green Car Reports a total workforce of about 200, points to the vehicle as “the culmination of nearly 10 years of development, testing, and research in hydrogen technology by over 200 researchers and scientists.”

Although it hasn’t revealed the power output of the fuel-cell stack, the exact motor configuration, why there’s a 3-speed transmission, or how much hydrogen it can hold. Put simply—and in a counterpoint to the Nikola Badger pickup, which will combine battery and fuel-cell power sources all in one—the XP-1 aims to showcase the potential of fuel-cell vehicles to go light.

Hyperion says the XP-1’s curb weight is less than 2,000 pounds, allowing an impressive power-to-weight ratio, and the supercar can be refueled in less than five minutes at public stations.

The car likely doesn’t have much interior space, however, and while storing enough hydrogen for 1,000 miles of range doesn’t add up to much weight, it does take up very significant volume. It's why you don't find more than 400 miles of range in current versions of the Honda Clarity Fuel Cell, Hyundai Nexo, or Toyota Mirai.

The XP-1 rides on a fully independent double-wishbone suspension made of “ultralight space grade aluminum alloy,” according to the company, and the ride height is adjustable via a hydraulic system.

In photos, it appears that the XP-1 might get mistaken for a very highly customized Bugatti Chiron, and the makers of the XP-1 appear to be embracing something in the way of space-capsule modernism meets a classic Italian-influenced supercar aesthetic. The car has a 134-inch wrap-around glass canopy with a “privacy tint control,” plus V-Wing doors said to be inspired by “Winged Victory of Samothrace.”

No pictures of the interior were yet released, but Hyperion says the XP-1 has carbon-fiber seat structures, hand-stitched leather, with titanium gear selector and pedals plus carbon/titanium accents. At the center console there’s a 98-inch curved screen with “touch-free gesture control.”

Hyperion said that the car is to be “100% engineered, designed, and hand-built in the U.S.A.” Customizable color and trim options are available, but the total production for the model will be limited to just 300 units. Deliveries are due to start in early 2022.

This first reveal is missing many critical questions about sales, service, distribution, and how it’s planning to make hydrogen available to its drivers outside of California.

Green Car Reports has reached out to the company with a second round of questions on that and more—such as whether it is seeking a proprietary hydrogen distribution model somewhat like that of Nikola Motors. Privately funded Hyperion has been around longer, though; it was founded in 2011 and has been developing the XP-1 since 2016—although the Orange, California, company has been in stealth mode for much of that time. It includes Hyperion Energy, Hyperion Motors, and Hyperion Aerospace, all focused on hydrogen power and delivery.