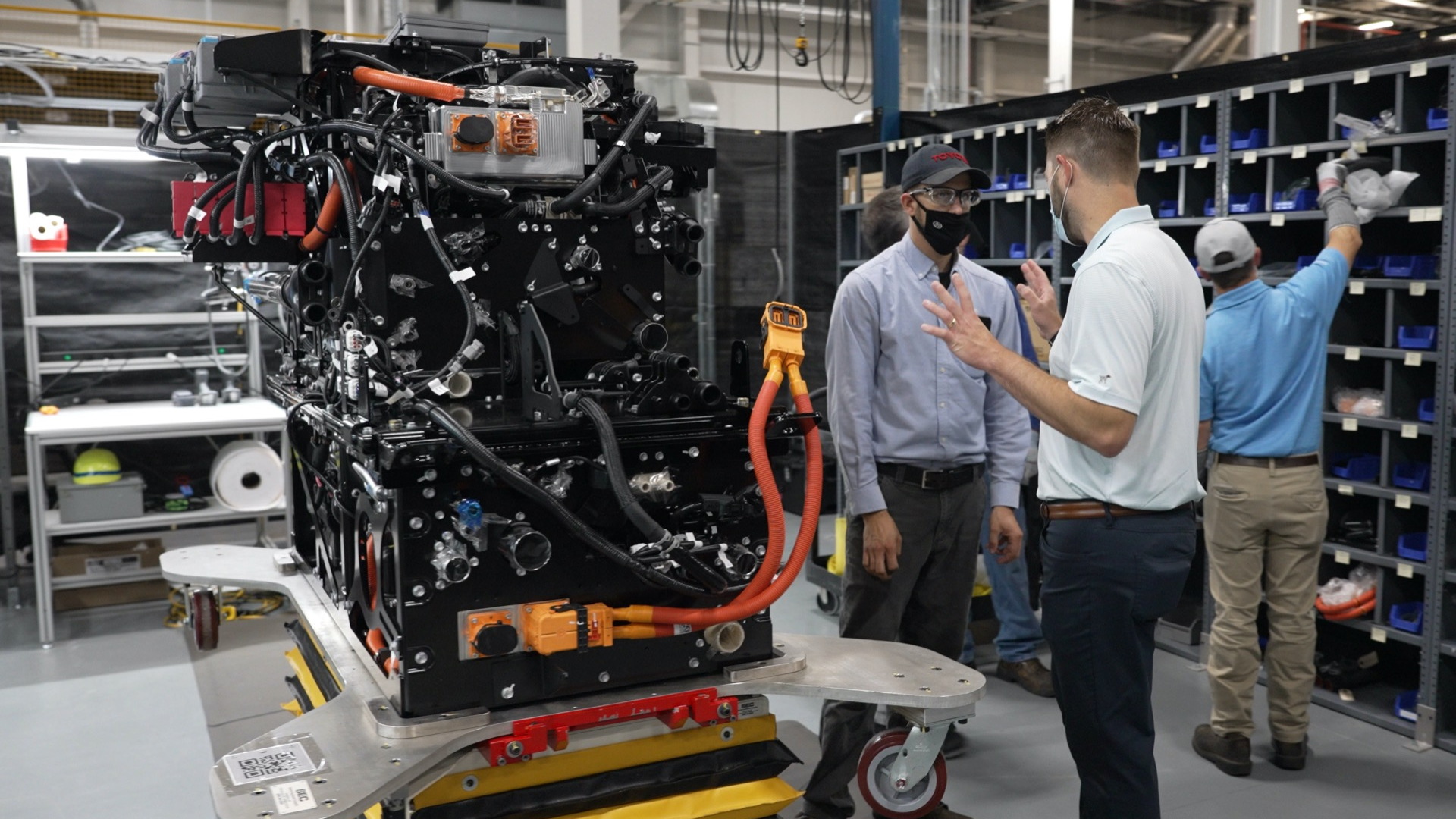 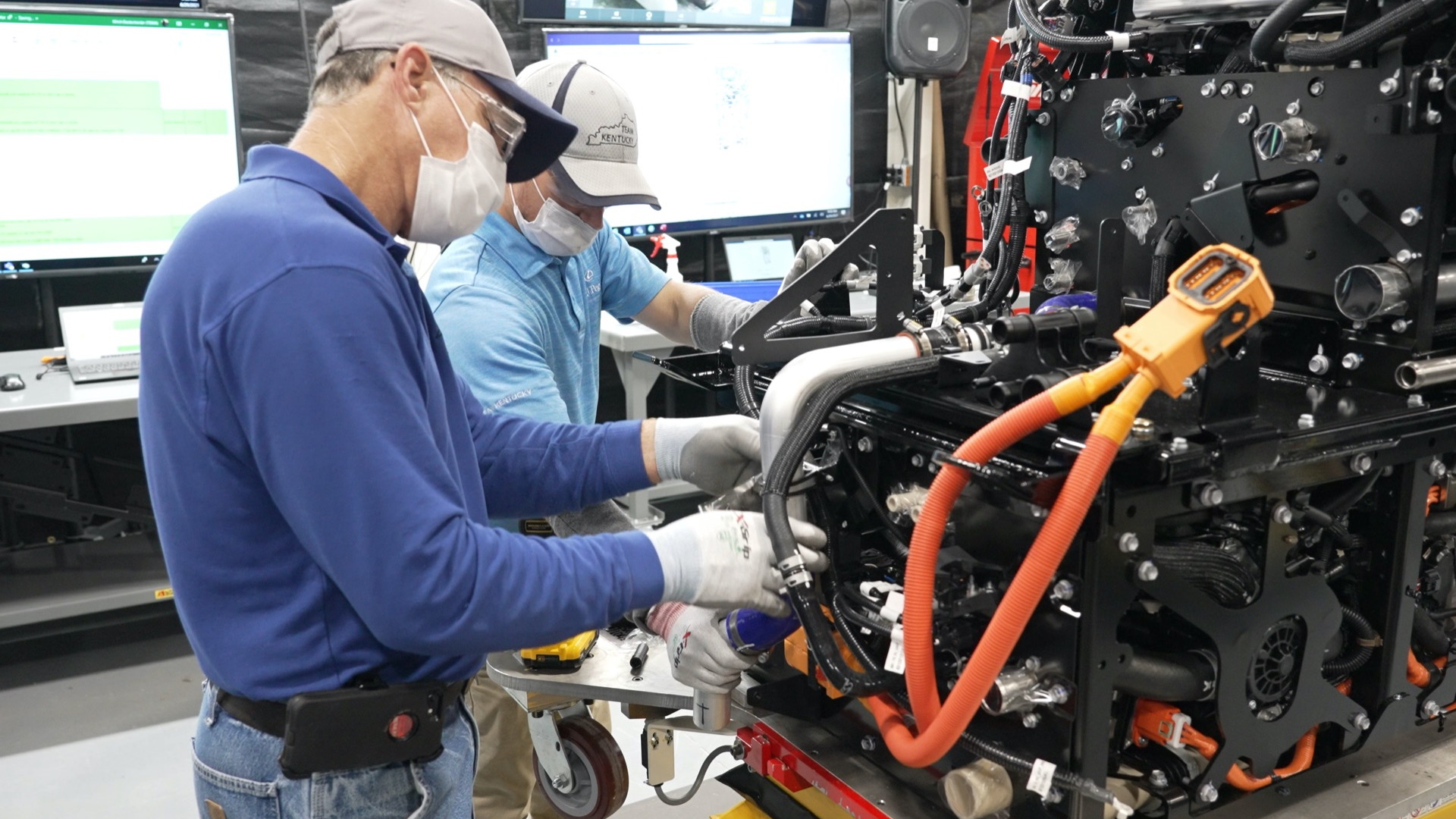 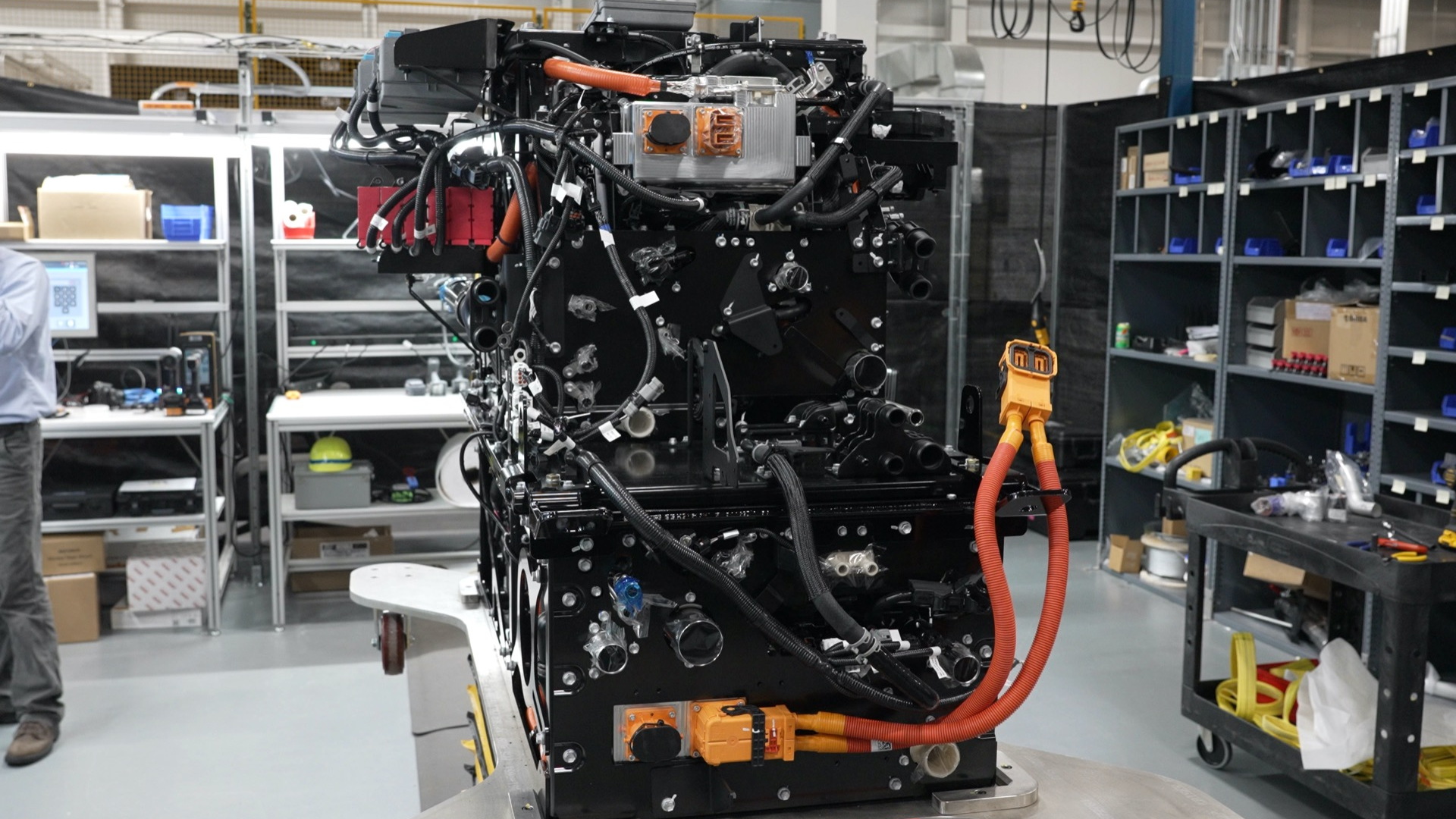 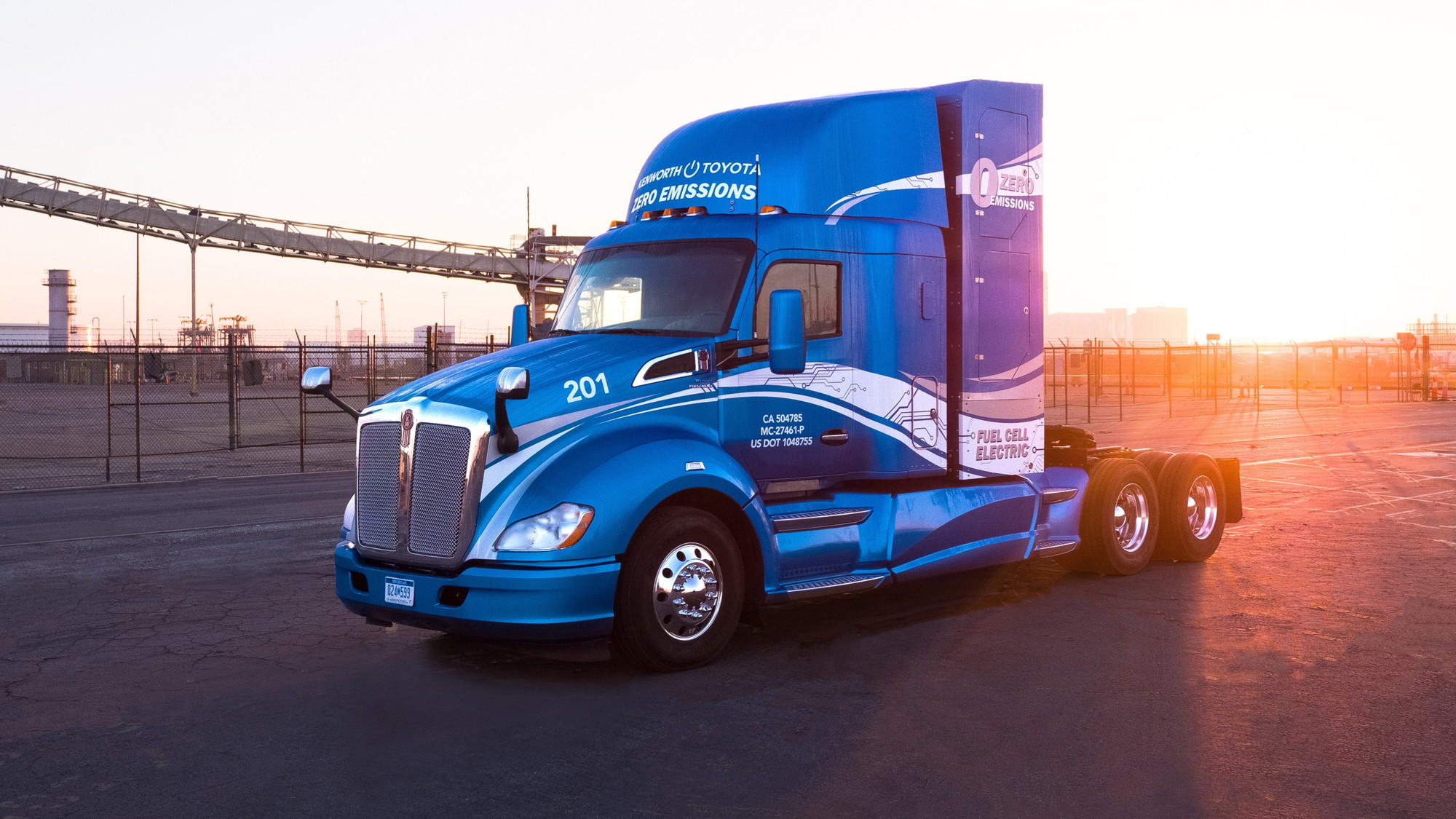 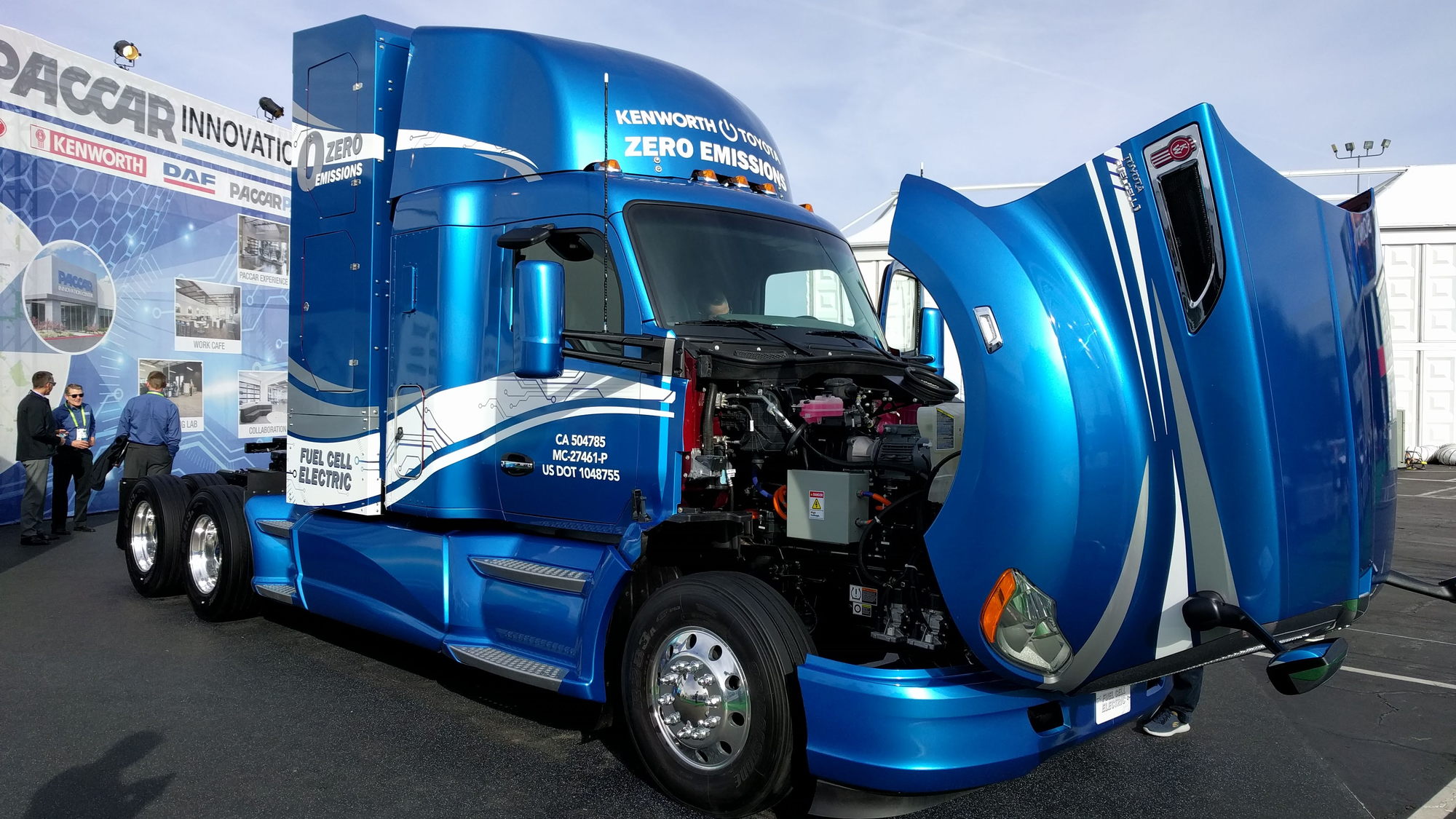 Toyota announced Wednesday that it plans to make hydrogen fuel-cell modules in the U.S., starting in 2023.

The fuel-cell stacks, in modular form, will be part of a kit that will essentially replace a traditional heavy-duty diesel engine in big Class 8 semi trucks. The system is capable of delivering up to 160 kw (214 hp) of continuous power.

This is the first time such a fuel-cell setup has been built by Toyota outside of Japan, and the plant it's to be made in currently builds the Toyota Camry and Lexus ES—both offered as hybrids. With the discontinuation of the big Avalon sedan, fuel cells will essentially take its place.

The entire kit includes a high-voltage battery that acts as an energy buffer, electric motors, a transmission, and hydrogen storage tanks, and the fuel-cell modules themselves weigh about 1,400 pounds, according to Toyota.

Toyota hydrogen fuel-cell kit, to be assembled in Kentucky

The system can deliver 300 miles of range at a full load of 80,000 pounds, “all while demonstrating exceptional drivability, quiet operation and zero harmful emissions,” said David Rosier, the powertrain head of Toyota Kentucky.

Toyota says that it’s also using more carbon-free vehicles (and power) in its assembly operations. Although it mentioned the use of wind and solar in manufacturing activities, it didn’t detail where the energy for the hydrogen will come from, or its role at the Kentucky facility.

Currently most hydrogen comes from natural gas reforming and some is trucked in diesel semis from large-scale production locations, sometimes across the country, to local storage facilities—a system that has had some noteworthy mishaps in recent years.

The new kit is due to be displayed individually and installed in a truck at the 2021 Advanced Clean Transportation (ACT) expo in Long Beach, California, this next week.

And although Toyota was the leading in putting fuel cells into semis—in Southern California port duty—Hyundai is currently claiming to have the largest deployment of hydrogen Class 8 trucks in the U.S.