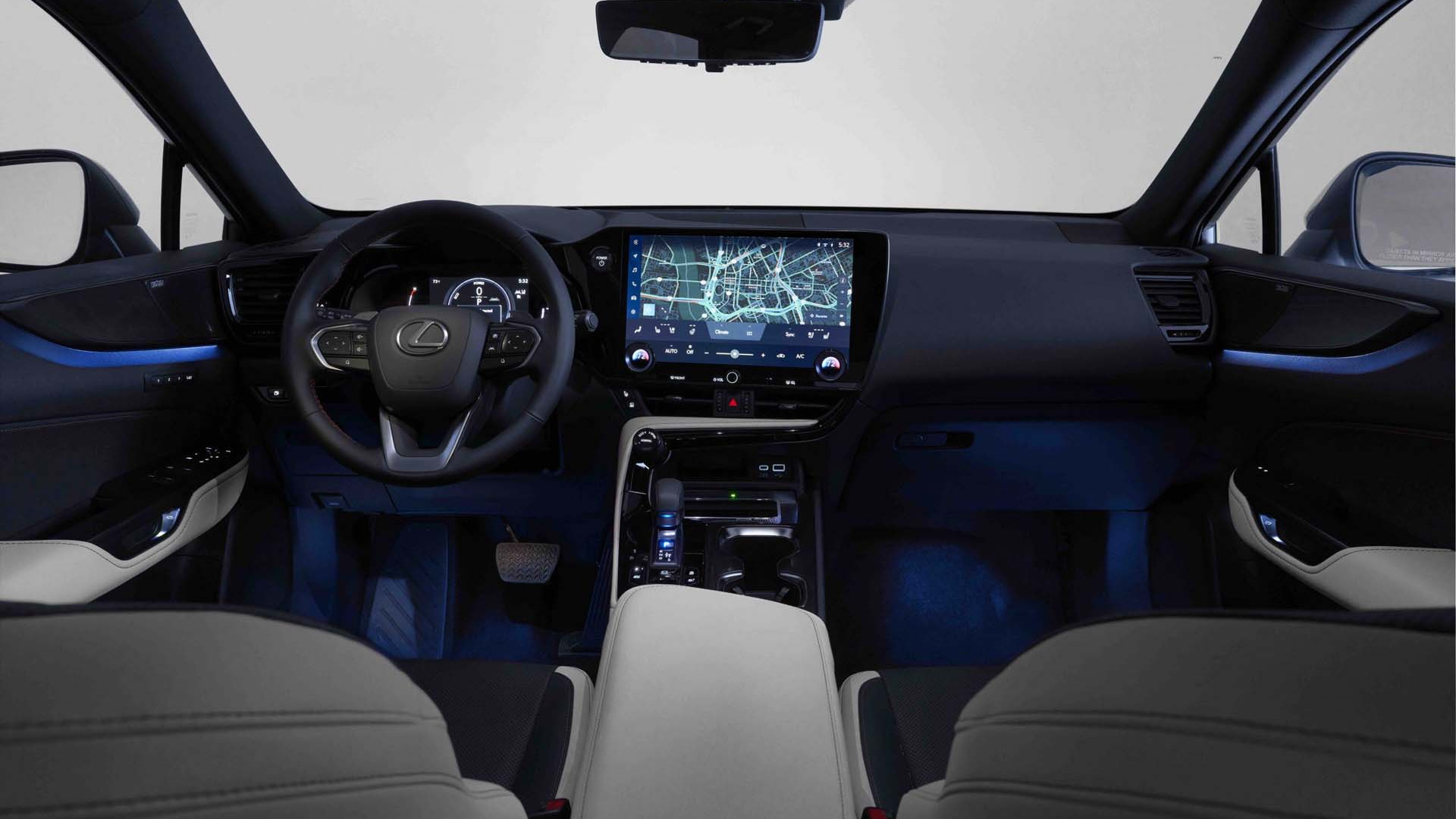 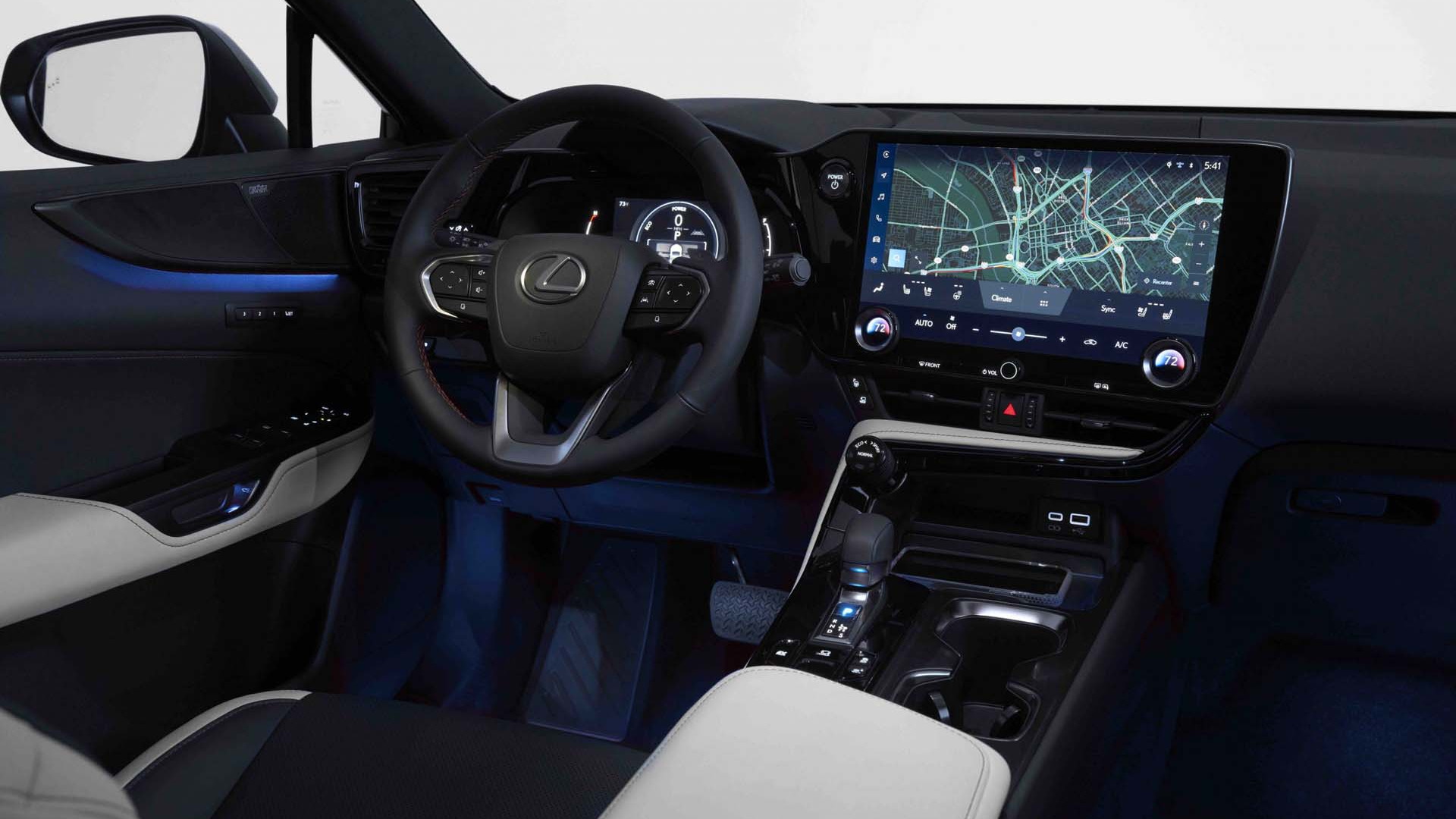 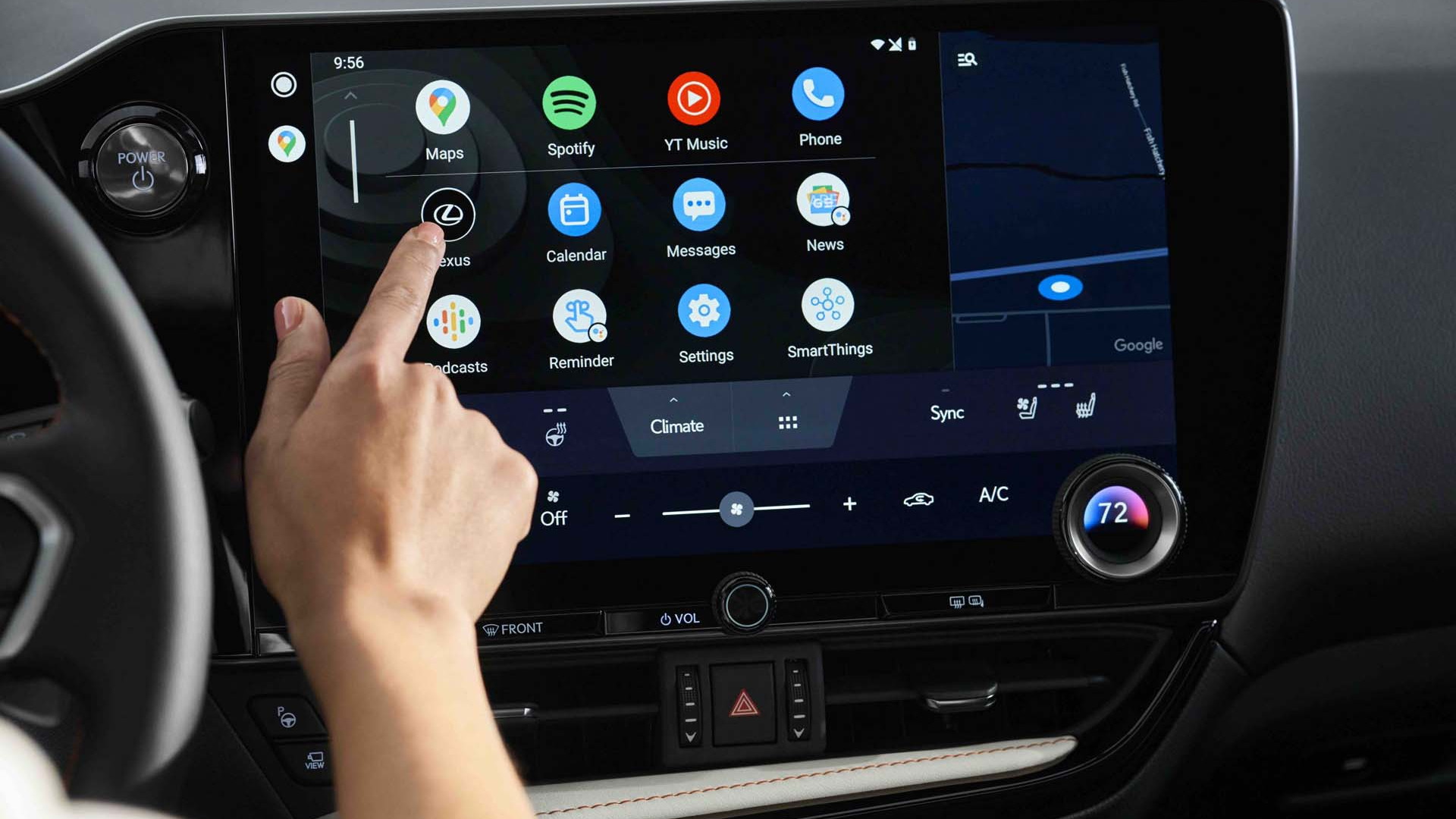 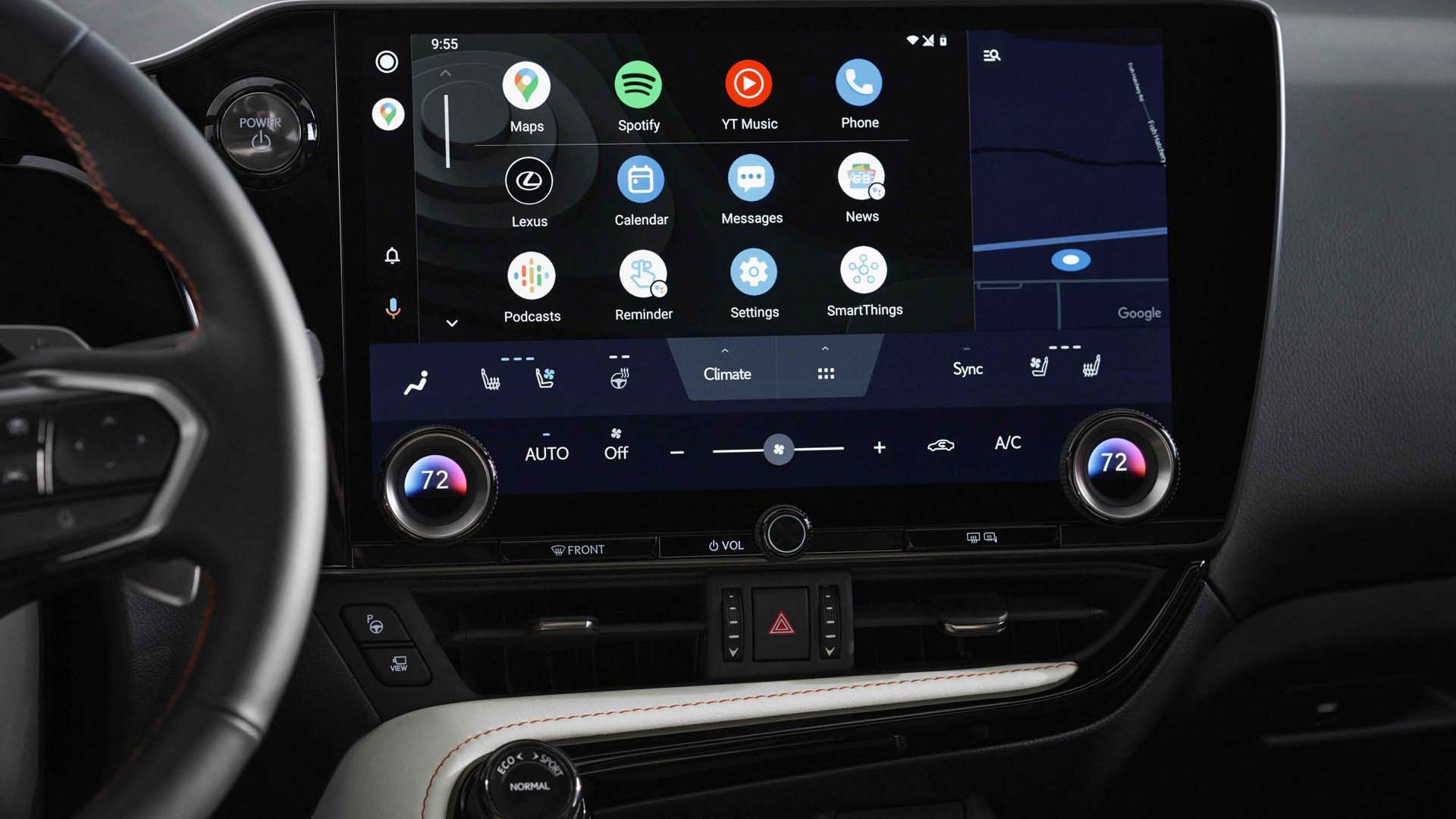 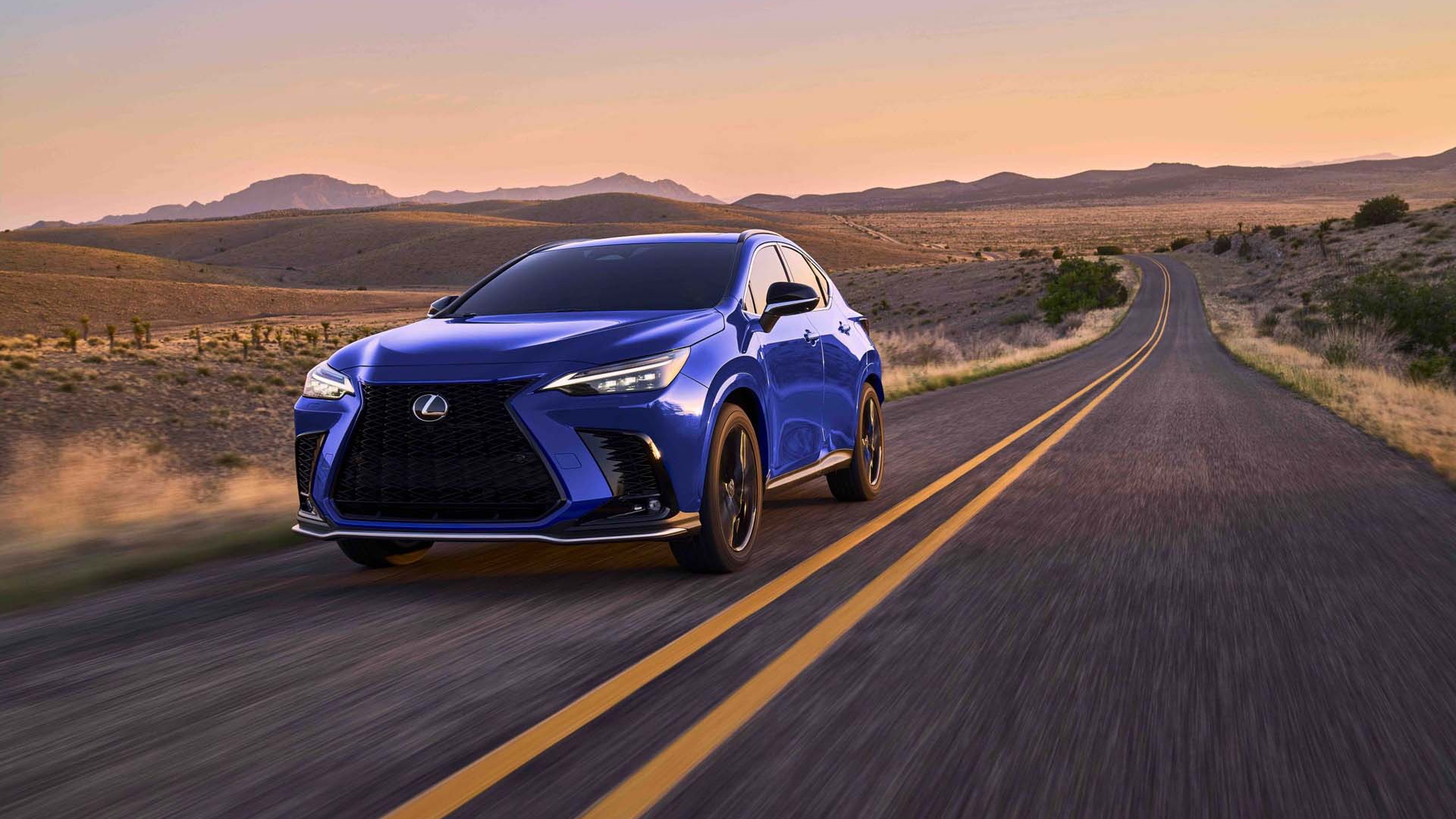 In the not-too-distant past, Lexus has leaned on marketing to portray hybrid models that plug in as second-class.

And so it’s a momentous hat-tip to the future—and concession to that past—that the Toyota luxury brand has made the quickest, top-of-the-line model in its NX compact crossover lineup a plug-in hybrid.

As Lexus’ first plug-in ever, the 2022 NX 450h+ can accelerate to 60 mph in 6.0 seconds. Lexus says that a “newly developed, high-capacity lithium-ion battery” allows an estimated electric range of 36 miles.

Lexus confirmed that the NX 450h+ delivers more than 300 horsepower, however they haven’t yet detailed its technical specs. In the closely related Toyota RAV4 Prime, the entire system makes 302 hp, from an independent 53-hp rear motor adding to a 179-hp front motor that’s part of Toyota’s hybrid system with a 177-hp 2.5-liter inline-4 engine.

In the Prime, which goes 42 miles on a charge and can get to 60 mph in 5.7 seconds, a separate boost converter allows more power to be drawn from the 18.1-kwh battery pack for short bursts of power. Lexus doesn’t specify the NX 450h+’s battery pack, but calls it newly developed.

It would be no big surprise if the NX 450h+ were to be heavier than the Prime, explaining the performance and range difference. Lexus is likely betting that a richer cabin and longer feature list make up for that.

The NX hybrid, now called the NX 350, gets updates that are in line with the present-day versions of the Toyota RAV4 hybrid, introduced for 2019. That means a system output of 239 hp and an estimated 0-60 mph time of 7.2 seconds. Lexus anticipates a 36-mpg combined rating, which is 4 mpg lower than the RAV4 hybrid but 6 mpg better than the outgoing NX hybrid and its last-generation tech.

For the lineup, Lexus is offering touchscreens up to 14.0 inches—with a new interface designed in-house—plus an available head-up display, over-the-air updates for mapping, wireless smartphone charging, a smartphone-based digital key system, and a new generation of active-safety systems. A 9.8-inch touchscreen is standard, with wireless Apple CarPlay and Android Auto, and Lexus says that with its interface personalized settings can now be saved in the cloud and accessible in other Lexus vehicles.

On the outside, the changes look evolutionary. The NX adopts a somewhat taller and wider version of the polarizing spindle grille, plus lower air intakes that seemingly do all they can to make the compact crossover look wider. Lexus will again offer a series of F Sport models that have exclusive color palettes, adaptive dampers, showier wheels, and other trim changes that punch up the look.

Lexus has said that it will introduce 20 new electrified models, including hybrids, plug-in hybrids, and battery electric vehicles, globally by 2025. But the NX lineup will also include several non-hybrid versions. An NX 350 model will offer a 2.4-liter turbo-4, and an NX 250 with a 203-hp, 2.5-liter inline-4—both with an 8-speed automatic transmission and choice between front- and all-wheel drive.