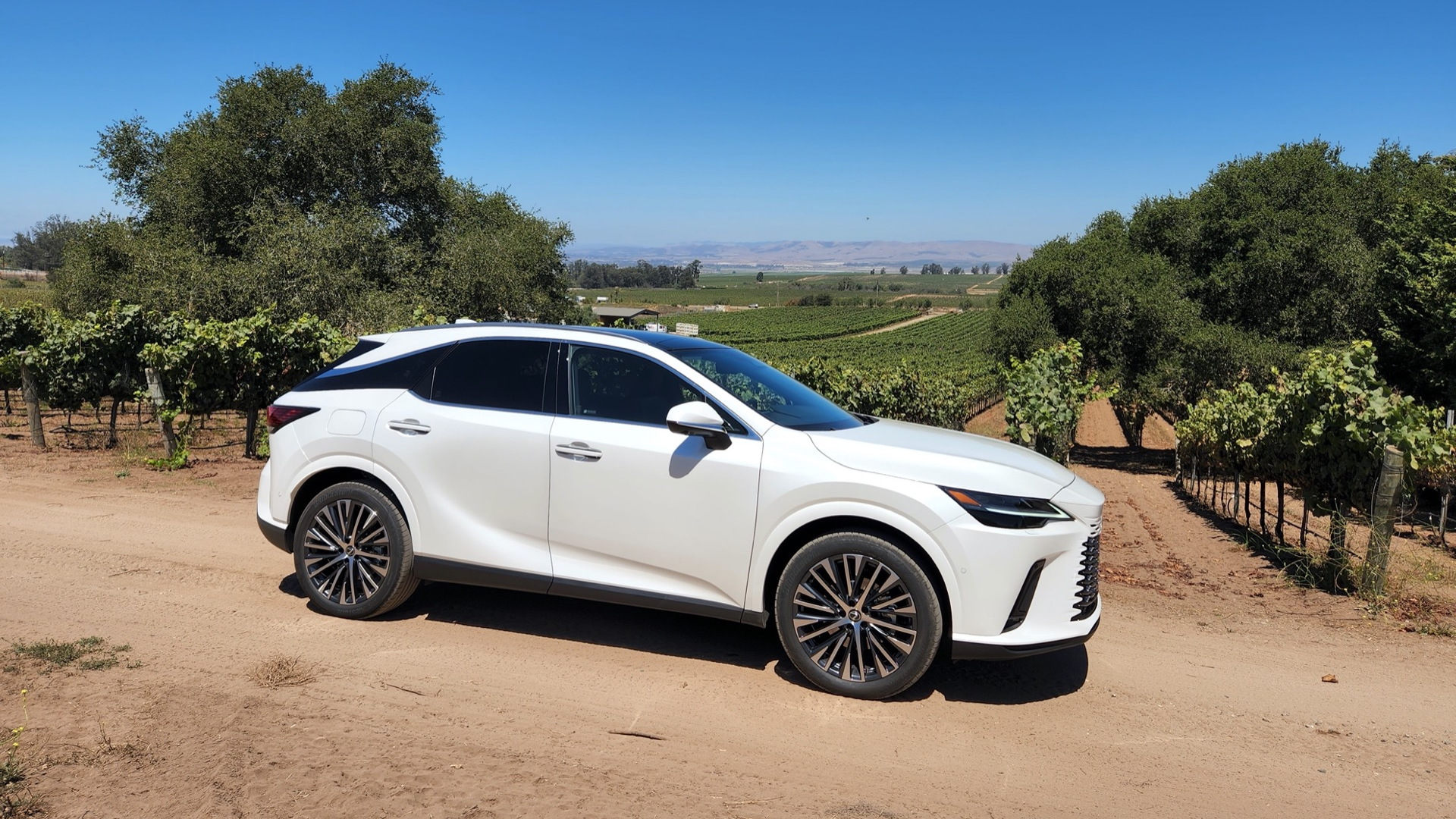 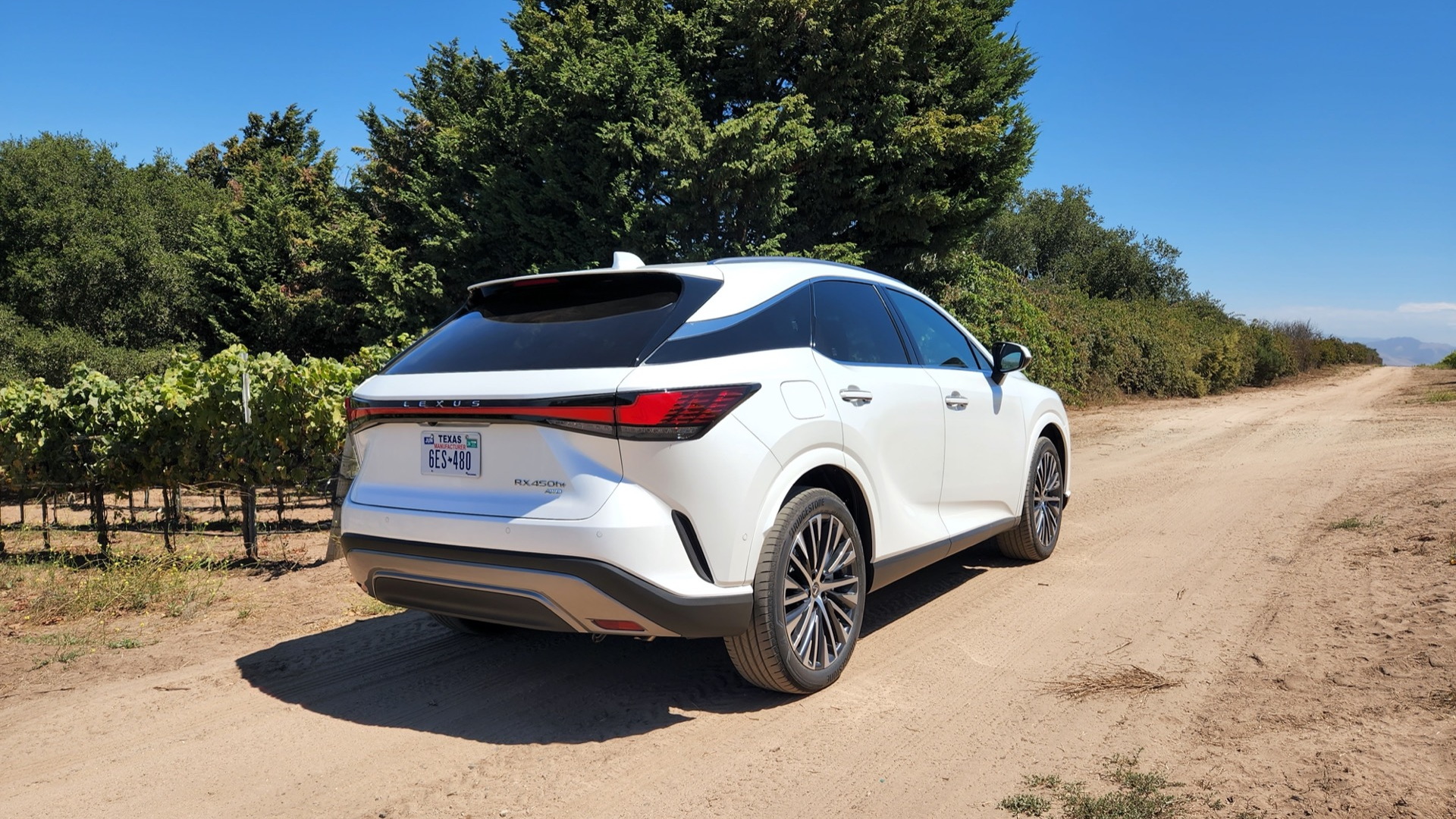 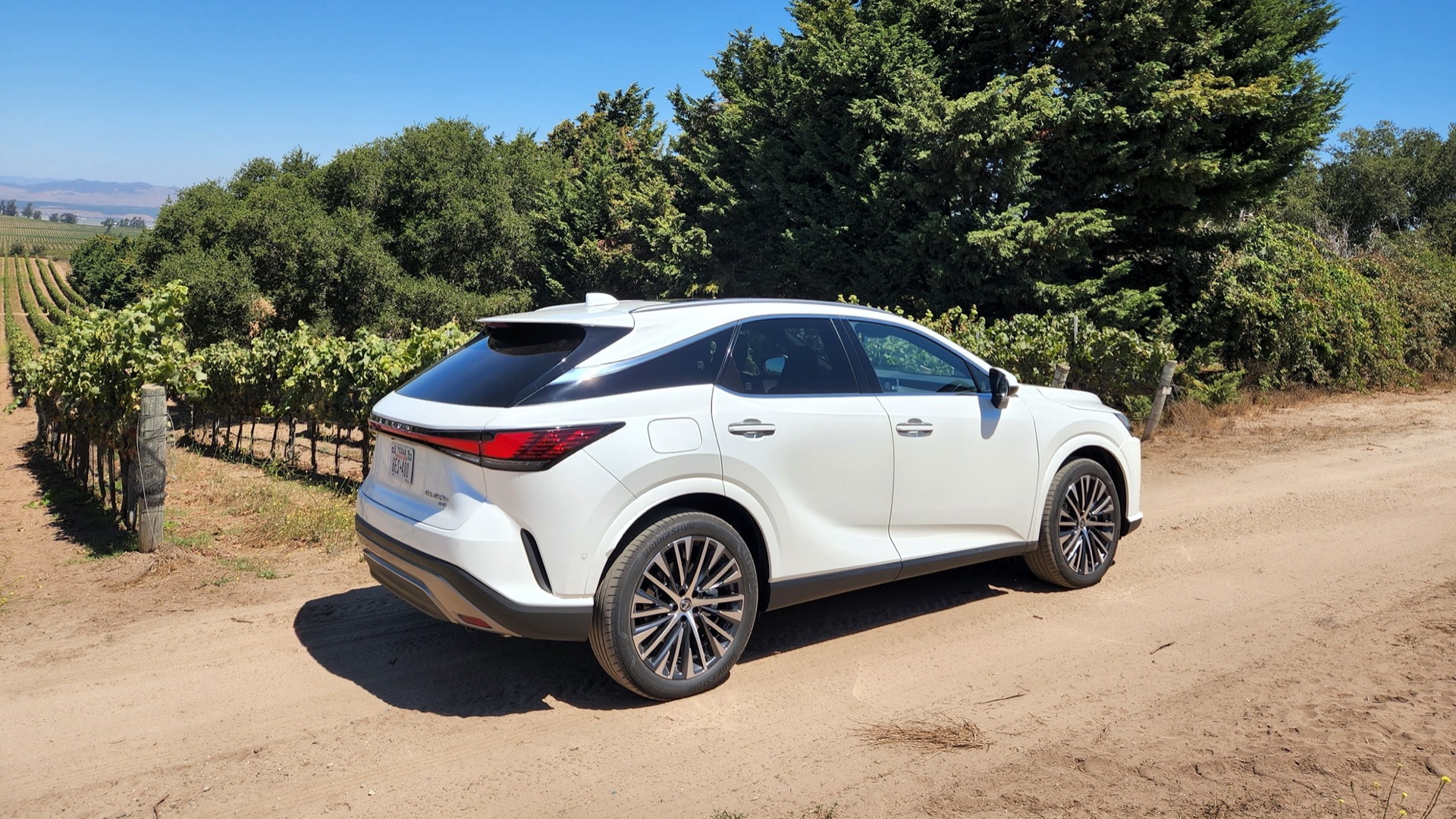 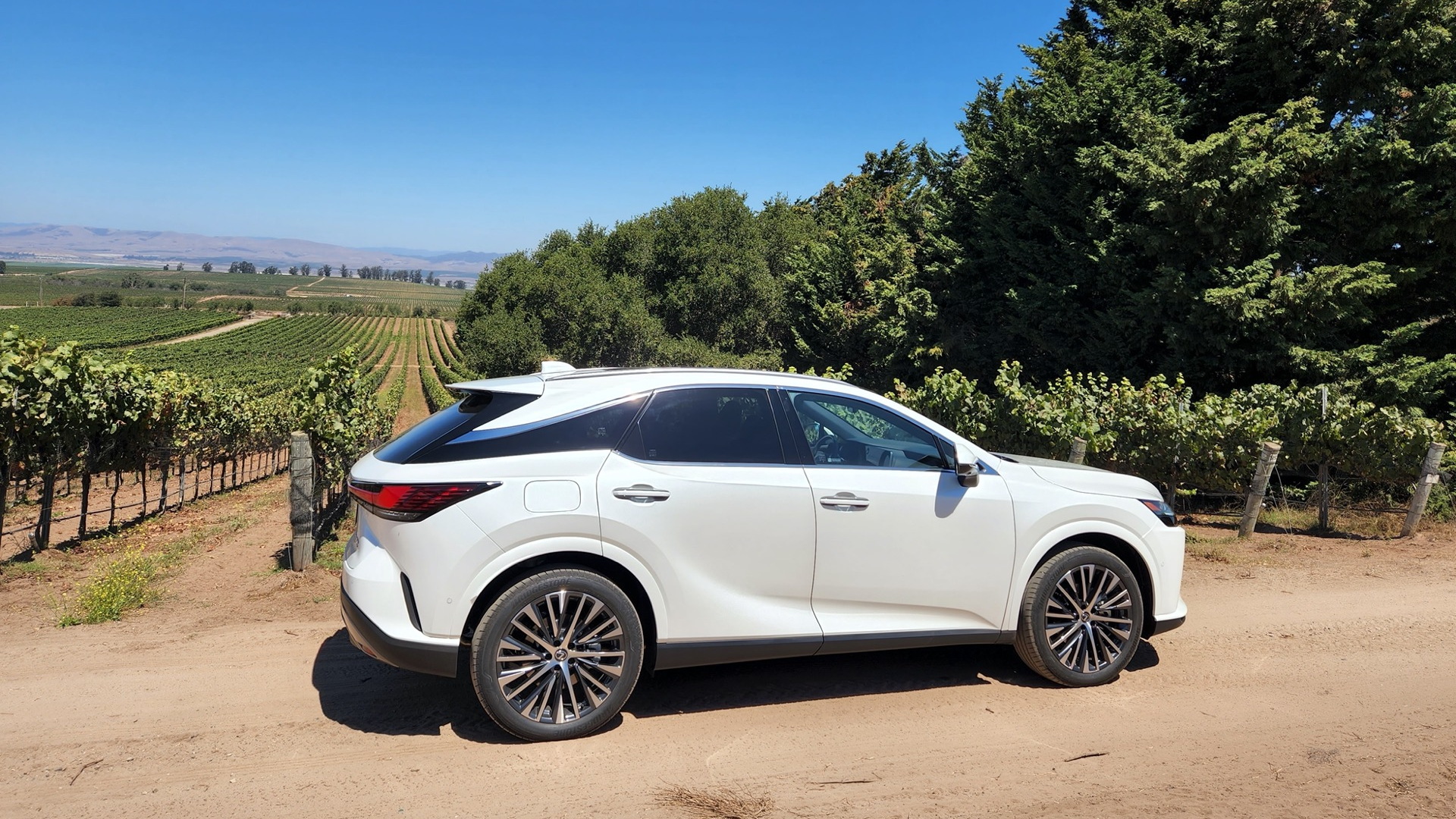 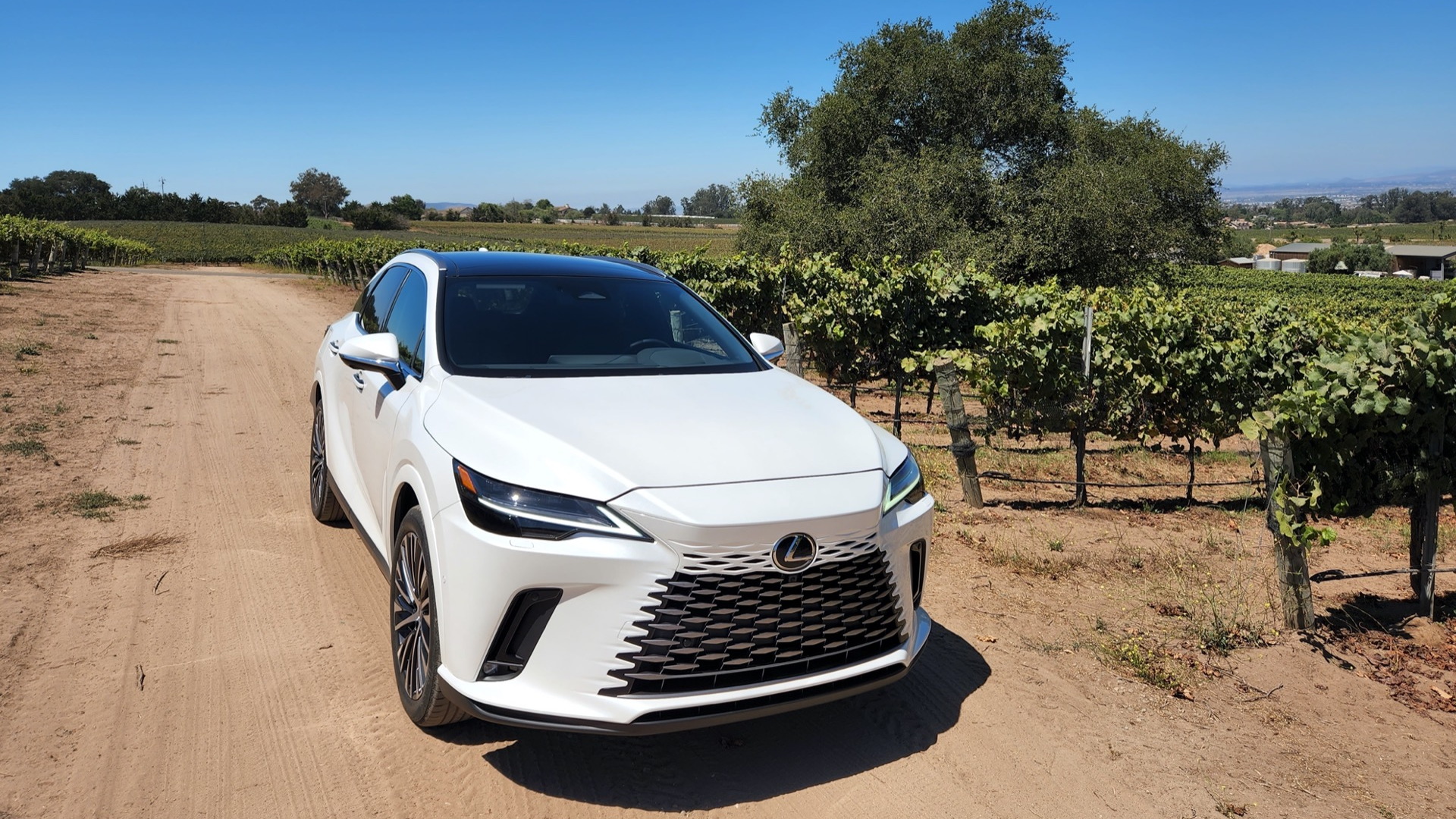 The Lexus RX mid-size crossover is the mainstay of Toyota’s luxury brand in the U.S. and the brand’s longtime bestseller. It was the first Lexus to get a hybrid powertrain—way back in 2005—and each generation has evolved to preserve its virtues and keep it acceptable to upscale buyers and their families.

The new 2023 Lexus RX is the fifth generation of the luxury SUV, with deliveries to start late this year. It will launch with conventional and hybrid powertrains—including a performance-oriented RX 500h model with a new Direct4 hybrid system. But even beyond that, a further model will join the lineup sometime next year: the plug-in hybrid RX.

Coming at ‘a later date’

The Lexus RX 450h+, as the plug-in version is known, will be offered “at a later date,” the company said. It will be offered first in other markets with more aggressive emission limits, for which read Europe. While Lexus’ U.S. site still calls it a 2023, no model year for the U.S. version was provided at a media preview of the new RX lineup held outside Santa Barbara, California. So in this supply-chain-constrained reality, it might be a 2024 if it launches later next year.

It will be the second plug-in hybrid for Lexus, following the smaller Lexus NX 450h+ that launched for 2022. The two models share not only a 2.5-liter inline-4 engine but the same 18.1-kwh lithium-ion battery pack. That makes the plug-in RX the only one to forgo Toyota’s tried-and-true nickel-metal hydride cells, used in all RX hybrid versions without a plug.

In addition to the engine and the two-motor hybrid system powering the front wheels, the RX 450+ uses the 40-kw “E-Four” motor found in its AWD hybrids to provide full-time all-wheel drive. Lexus declined to share power outputs or performance specifications, saying that information too would come at later. The NX 450h+ plug-in hybrid, its fastest model, is rated at a combined 302 horsepower.

I drove a pre-production European-market version of the plug-in RX 450h+. Lexus stressed the car wasn’t to U.S. specs, saying its components and some of its software did not reflect U.S. production versions. (Indeed, the display screen temporarily froze on one display until we power-cycled the car; European-style door mirrors and displays in kilometers underscored the point.)

The company asked reporters to limit themselves to short drive loops, so everyone could have a chance in the single plug-in hybrid. We suspect that could have been because its European charge receptacle meant the car could not be charged at U.S. charging stations. Accordingly, the only way to charge the battery to demonstrate electric mode was to run the car in its recharging mode, using the gasoline engine as a generator—workable, but hardly efficient.

Over roughly 15 miles in the car, I came away with some early impressions of what the first plug-in RX should be like when it arrives in the U.S. It’s likely to come in at the high end of the range—as does the $55,000 plug-in hybrid. Our European RX test car included wood steering-wheel trim and a video rear-view mirror, features absent from the U.S. models we drove.

On the road, not surprisingly, the RX 450h+ drives very much like a larger, less agile version of the plug-in hybrid NX. It starts out as an electric-only vehicle, and switches into hybrid mode only when the battery is depleted or, under certain circumstances, if the driver floors the accelerator to provide maximum power. Drive modes include “EV” (to the limits of the battery), “HV,” which blends hybrid and electric, and “Hold Charge,” which retains the battery charge.

Acceleration in electric mode was good, and only when I switched to hybrid mode did I realize how very quiet the cabin was when running only on battery power. The regenerative braking wasn’t all that strong in its default setting, though the steering-wheel paddles could increase (left) or decrease (right) the level of regen. Annoyingly, however, it reset to the default level after every stop.

The smaller NX 450h+ is EPA-rated at 37 miles of electric range (versus 42 miles for the Toyota RAV4 on which it’s based). With the battery showing three-quarters full, our Euro RX plug-in showed 31 km (19 mi) of electric range remaining. So we’d guesstimate the EPA range rating of the bigger RX plug-in with the same pack will end up between 25 and 30 miles.

Is it worth it? The likely lower range makes a plug-in hybrid RX less useful than the smaller NX—or the sought-after Toyota RAV4 Prime—but it’s a far more popular vehicle in the Lexus lineup. It will be the first mid-size plug-in hybrid from Lexus, competing against similar models from Audi, Hyundai, Kia, and Volvo. We’d expect a sticker price of $60,000 or more. You be the judge of whether that price for that range makes sense—or whether a 300-mile battery-electric mid-size crossover may be the better bet.