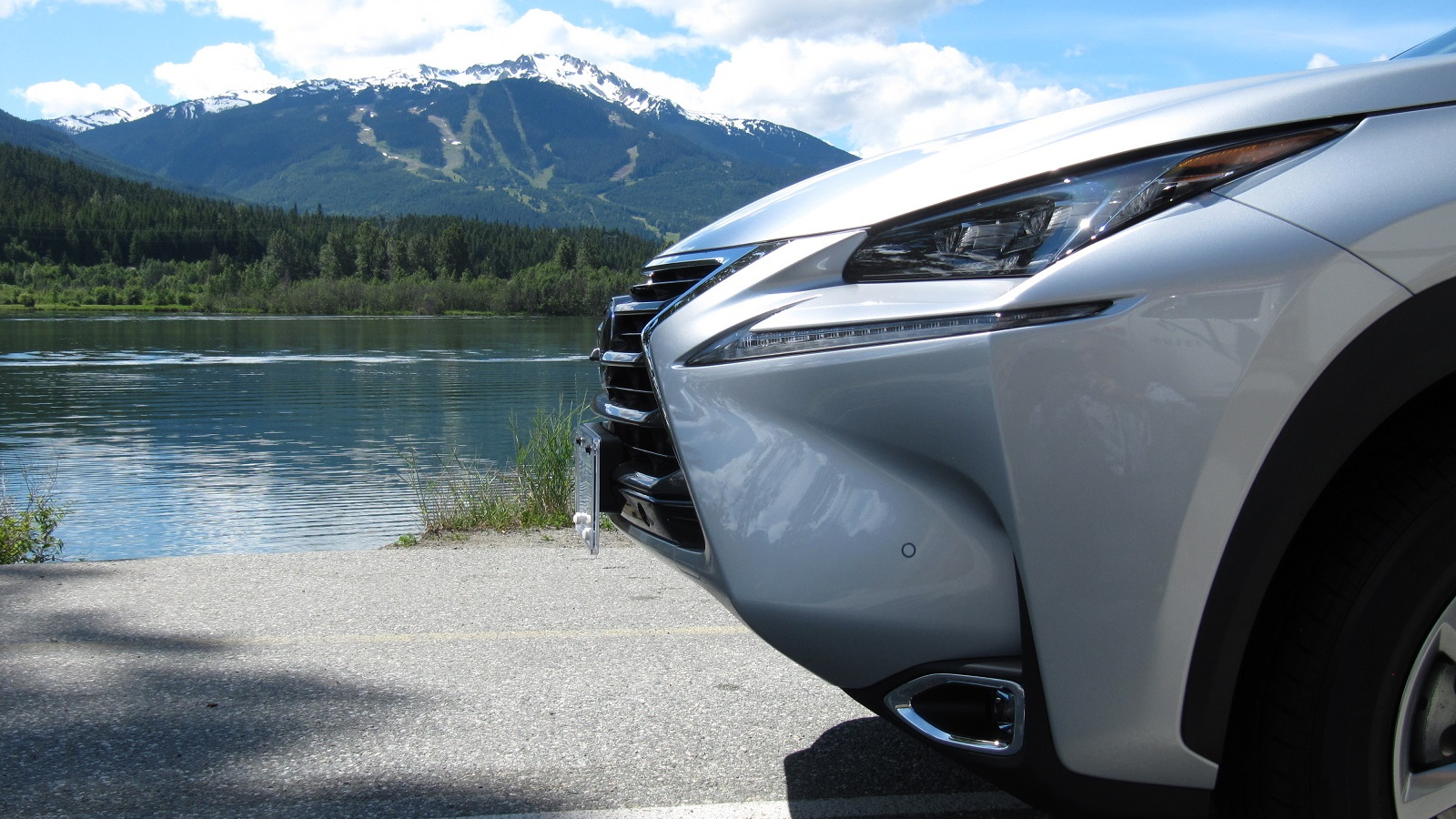 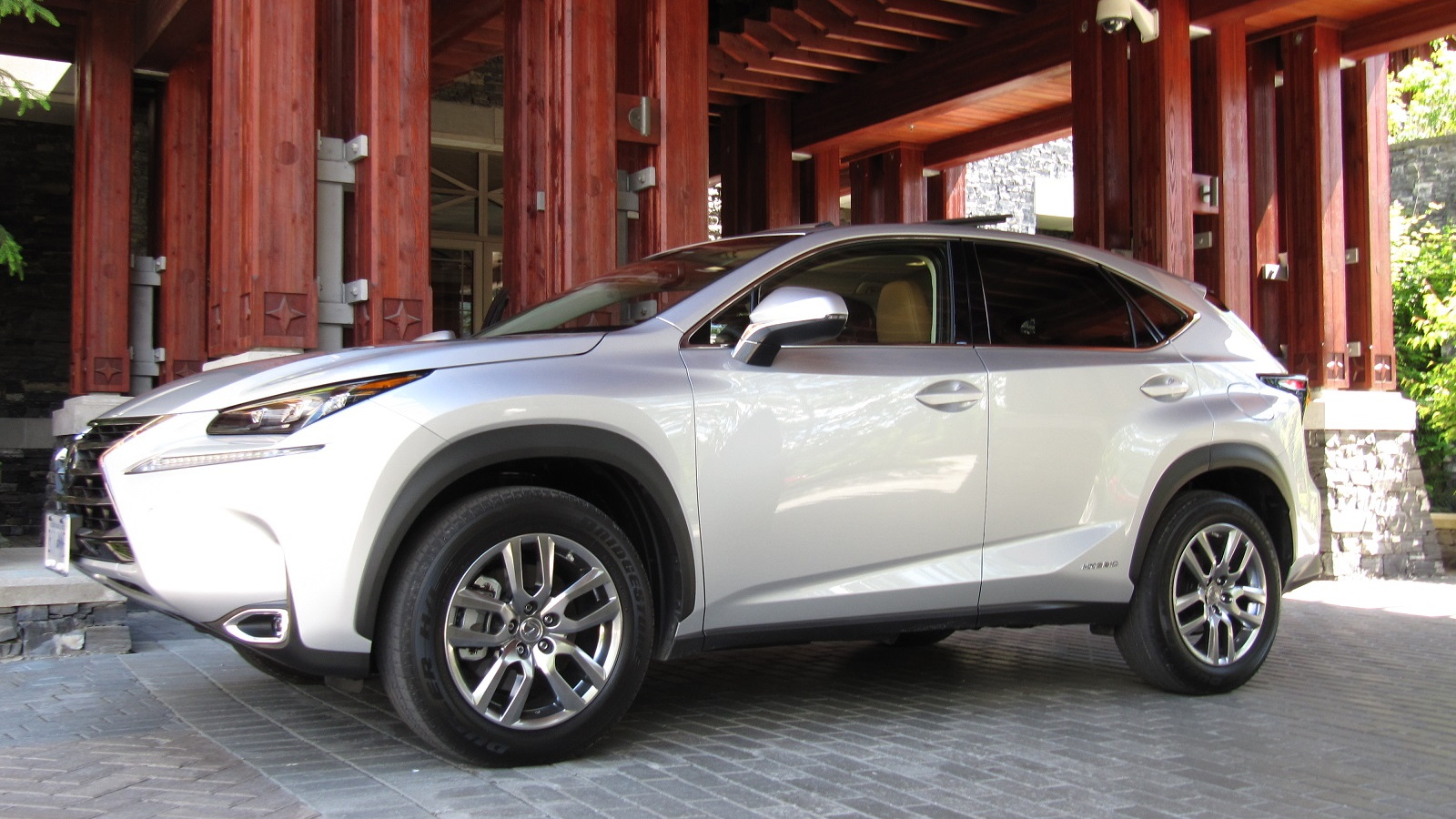 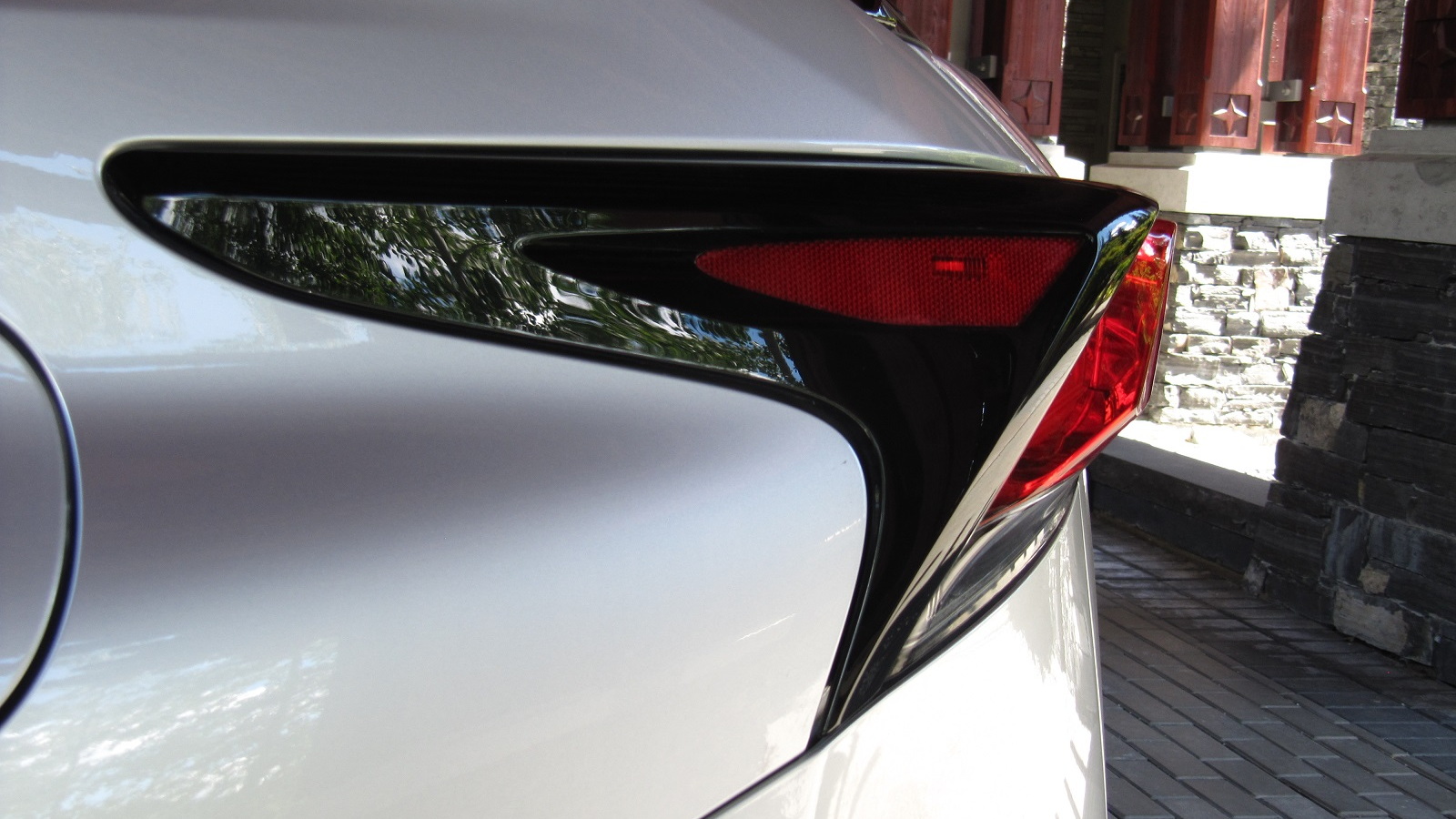 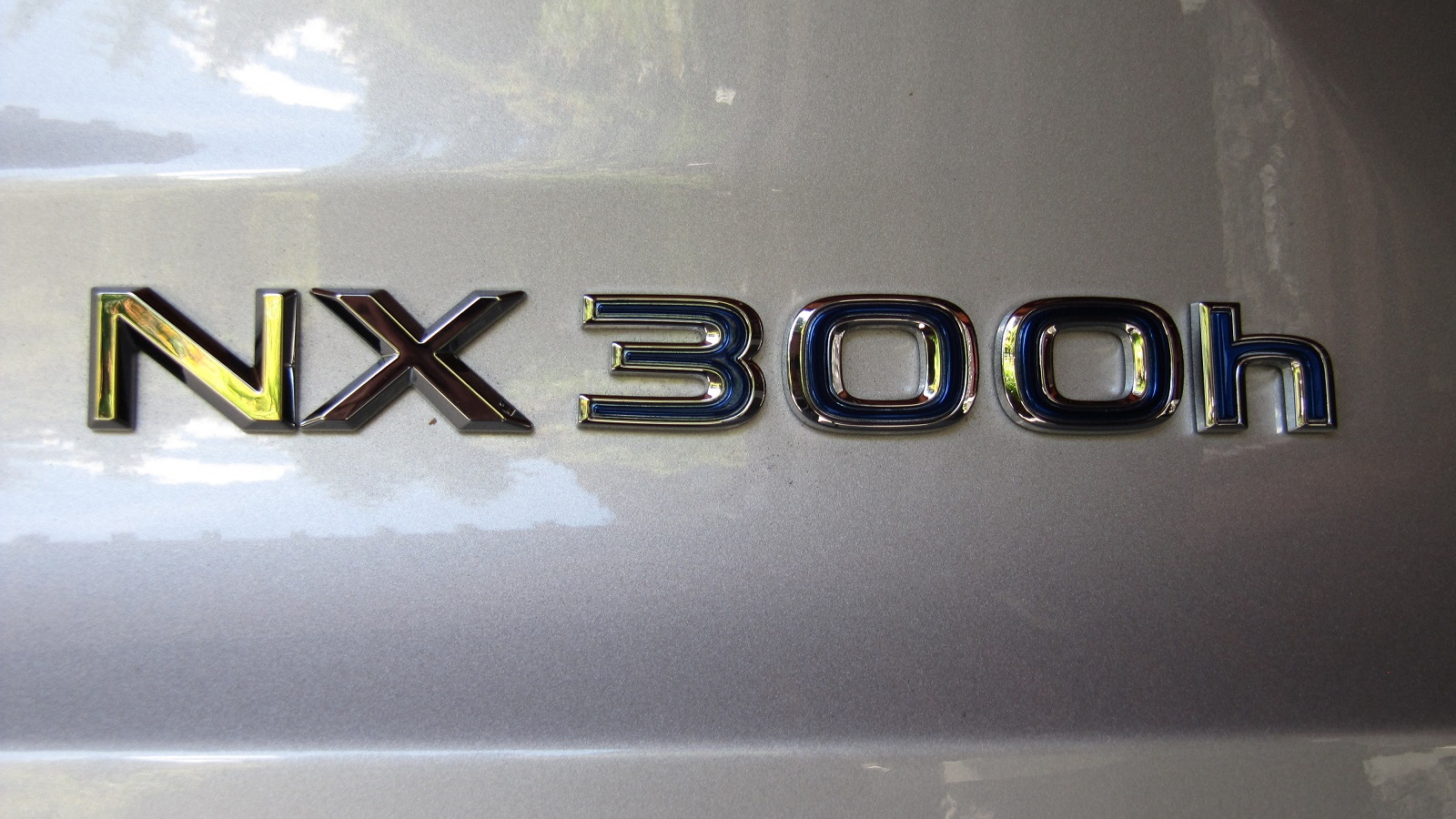 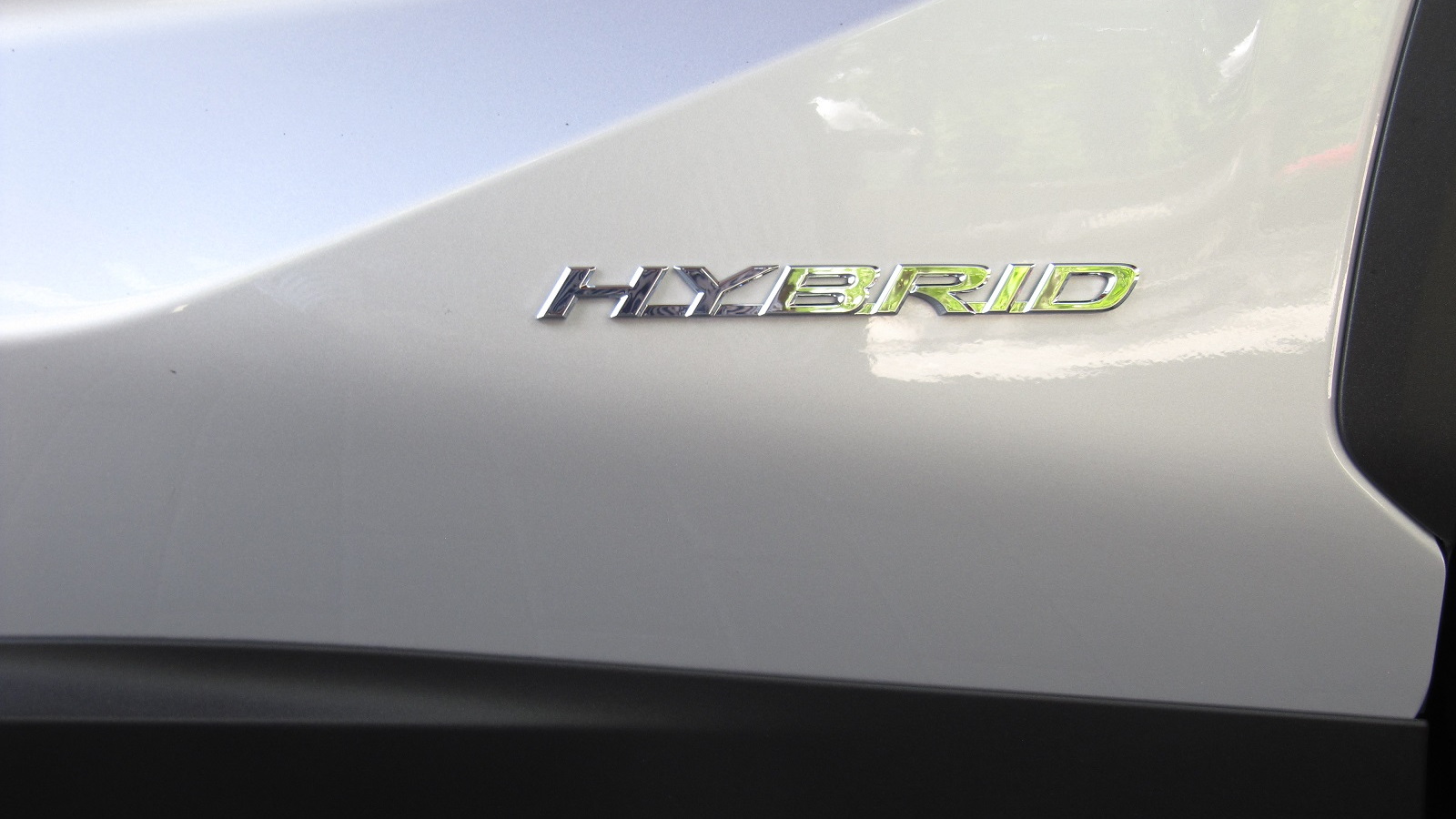 The 2015 Lexus NX is the first compact crossover from Toyota's luxury brand, and it's been a long time coming.

Unlike the mid-size Lexus RX, which helped to launch the luxury crossover category 15 years ago, the smaller NX faces established competitors from the German luxury brands.

But Lexus will likely sell quite a few NXes anyhow, and it's hoping that younger buyers will view its edgy styling and standard turbo engine as akin to the crossover version of its IS sport sedan.

The 2015 NX comes with a second powertrain, though: the predictable hybrid, which puts out a total of 194 horsepower (against the 235 hp from the standard 2.0-liter turbo engine).

That system has two motor-generators that can launch and power the vehicle alone--at low speeds, under light loads--supplement engine torque with electric power, and recharge the battery pack under the rear seat.

As on the NX 200t non-hybrid, the 300h offers optional all-wheel drive. But like the RX, it forgoes the mechanical system used in the gasoline version that sends torque to the rear wheels when needed.

Instead, the hybrid NX adds a 50-kW (67-hp) third electric motor between the rear wheels to provide them with torque when the AWD control system senses power is needed.

At a launch event last month in Whistler, British Columbia, we got a chance to drive three different models: the standard NX 200t, the same vehicle with the F-Sport suspension and trim package, and--most importantly for Green Car Reports--the hybrid 2015 Lexus 300h.

On the road, the engine noise of the hybrid NX is almost entirely muted by insulation and noise-suppressing materials. In general, it drives like a somewhat more lithe version of the mid-size RX hybrid.

All NX models now have Normal, Eco, and Sport modes, but the NX 300h adds the characteristic hybrid "EV" mode that will keep it running on electricity only (at speeds below about 30 mph) as long as the battery holds out.

Lexus is proud of the work it put into giving the acceleration of the NX 300h a more "natural" feel. That includes limiting the engine's ability to run immediately up to its maximum output speed, usually 4000 rpm or more.

Combined with the noise suppression, that makes the NX 300h one of the least "hybrid-feeling" hybrids we've driven lately. Even more experienced drivers have to watch the power meter to know whether or not the NX stayed in electric mode--its engine turn-on is all but imperceptible.

Unfamiliar drivers who don't pay attention to the feel of the powertrain might not even realize it's a hybrid, and the small number of added badges hardly advertise its hybrid credentials.

There's also a so-called kickdown switch to deliver immediate extra power from the motor as the engine spools up to its highest operating speed. It works well enough, though you'll hear the engine at full tilt.

Still, the hybrid NX doesn't have enough motor power to accelerate in brisk traffic on electricity alone. Like the larger RX, it will switch on its engine to provide power when  taking off from a stop--rather more so than the Lexus ES 300h sedan that uses the exact same powertrain, a function of the heavier and bulkier crossover body.

Fuel economy ratings for the 2015 Lexus NX 300h are projected at 33 mpg combined for the front-wheel-drive model, dropping to 32 mpg with AWD.

Whether the NX, on sale in December, achieves those numbers in real-world use remains to be seen. Its larger sibling the RX receives owner complaints for underachieving on its gas-mileage ratings.