Lexus has long shunned electric cars in favor of hybrids, but the Toyota luxury brand finally appears ready to take all-electric vehicles seriously. The Lexus LF-Z Electrified concept unveiled Tuesday previews styling, powertrain hardware, and tech for what Lexus promises will be multiple EVs arriving over the next few years.

By 2025, Lexus will introduce 20 new vehicles encompassing hybrids, plug-in hybrids, battery-electric vehicles, and "other electric vehicles" globally. That will include a mix of sedans and SUVs, as well as possible "sports models," and what Lexus called "a car that redefines the concept of having a chauffeur."

Furthermore, Lexus aims to offer an electrified variant of every model by 2025, but not every model will be fully electric. It expects these models—likely still referring to a mix of electrified models—to outsell its gasoline models by that point. 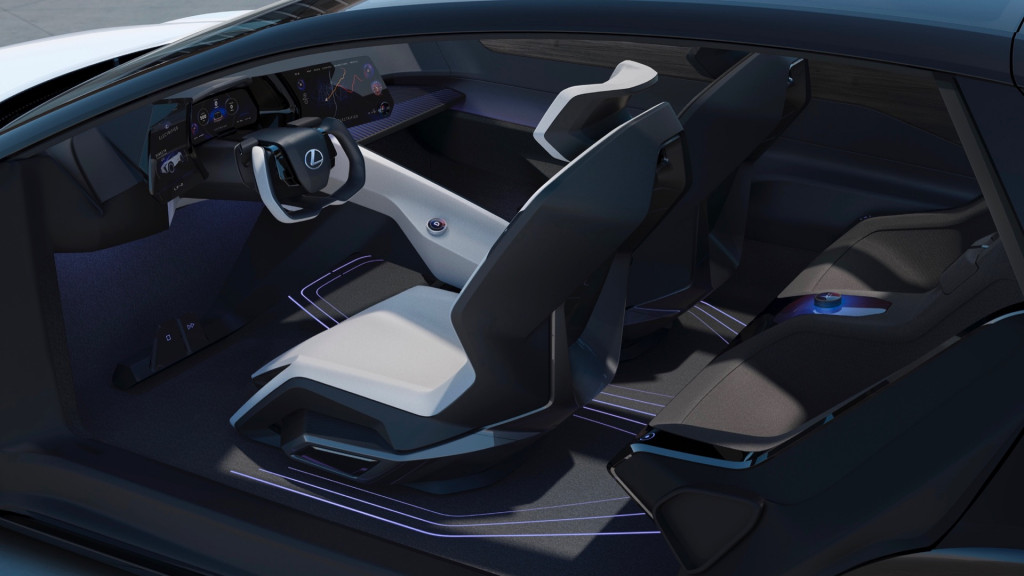 The battery-electric LF-Z Electrified concept could preview one of those potential future models, although the automaker would only say that the concept incorporates styling and technology that is in the pipeline for 2025.

The concept has the tall ride height, but with a sleek, coupe-like, roofline. It sports what Lexus calls E-Latch, retractable door handles that normally sit flush with the bodywork to reduce drag, extending outward with the touch of an embedded sensor. Also helping reduce drag are camera pods in place of exterior mirrors, something Lexus began offering on production cars in Japan a few years ago, but which remains illegal in the United States.

The LF-Z Electrified uses a dedicated BEV platform, with a battery pack mounted under the floor, Lexus said. The concept also features a steer-by-wire system, with no mechanical connection between the steering column and front wheels.

Propulsion is provided by the Direct4 all-wheel drive system Lexus previewed in late 2020. The electric version (a hybrid version is also in development) uses dual motors that are independently controlled, allowing power to be easily distributed to the front wheels, rear wheels, or all four, depending on the situation, according to Lexus. The automaker didn't quote specs for the LF-Z Electrified, but previously said the prototype DIRECT4 motors made 201 horsepower and 221 pound-feet of torque apiece. 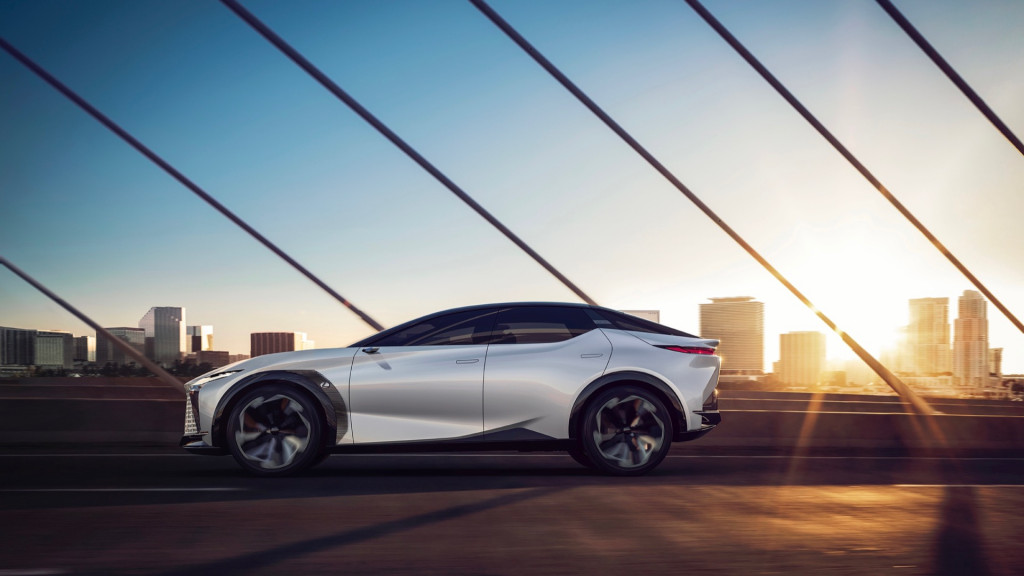 The minimalist interior features a head-up display and touchscreen, but occupants can also use an artificial-intelligence voice assistant for certain functions. A digital-key system allows owners to use a smartphone in place of a key fob, and grant others temporary access.

The LF-Z Electrified concept is the first indication that Toyota is finally getting over its longtime antagonism toward electric cars. The automaker is also developing solid-state batteries that could wind up in a future Lexus EV, and co-developing an electric SUV with Subaru that could spawn a Lexus variant.

For now, the only all-electric Lexus production car is the UX 300e crossover, which isn't available in the United States.