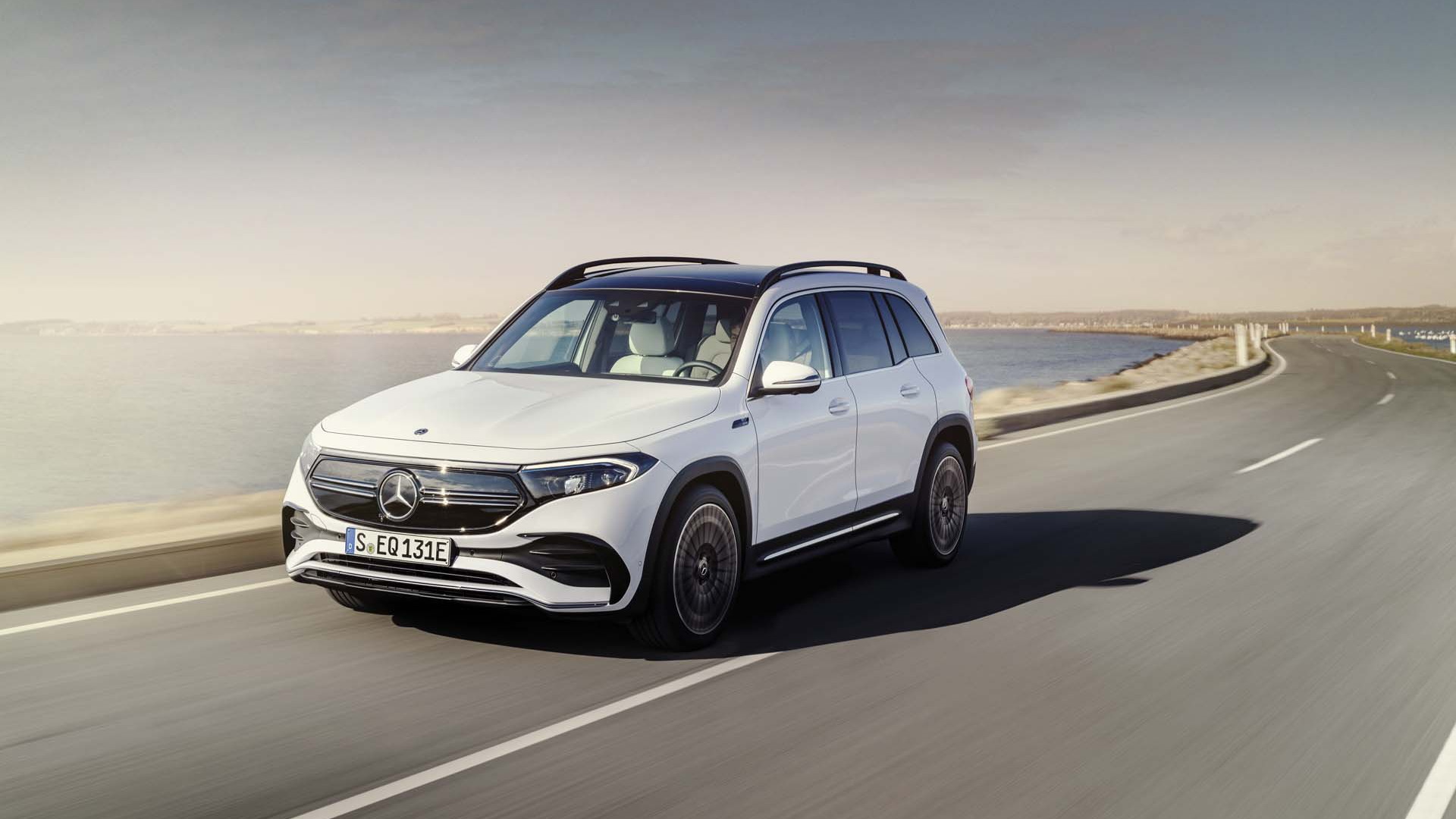 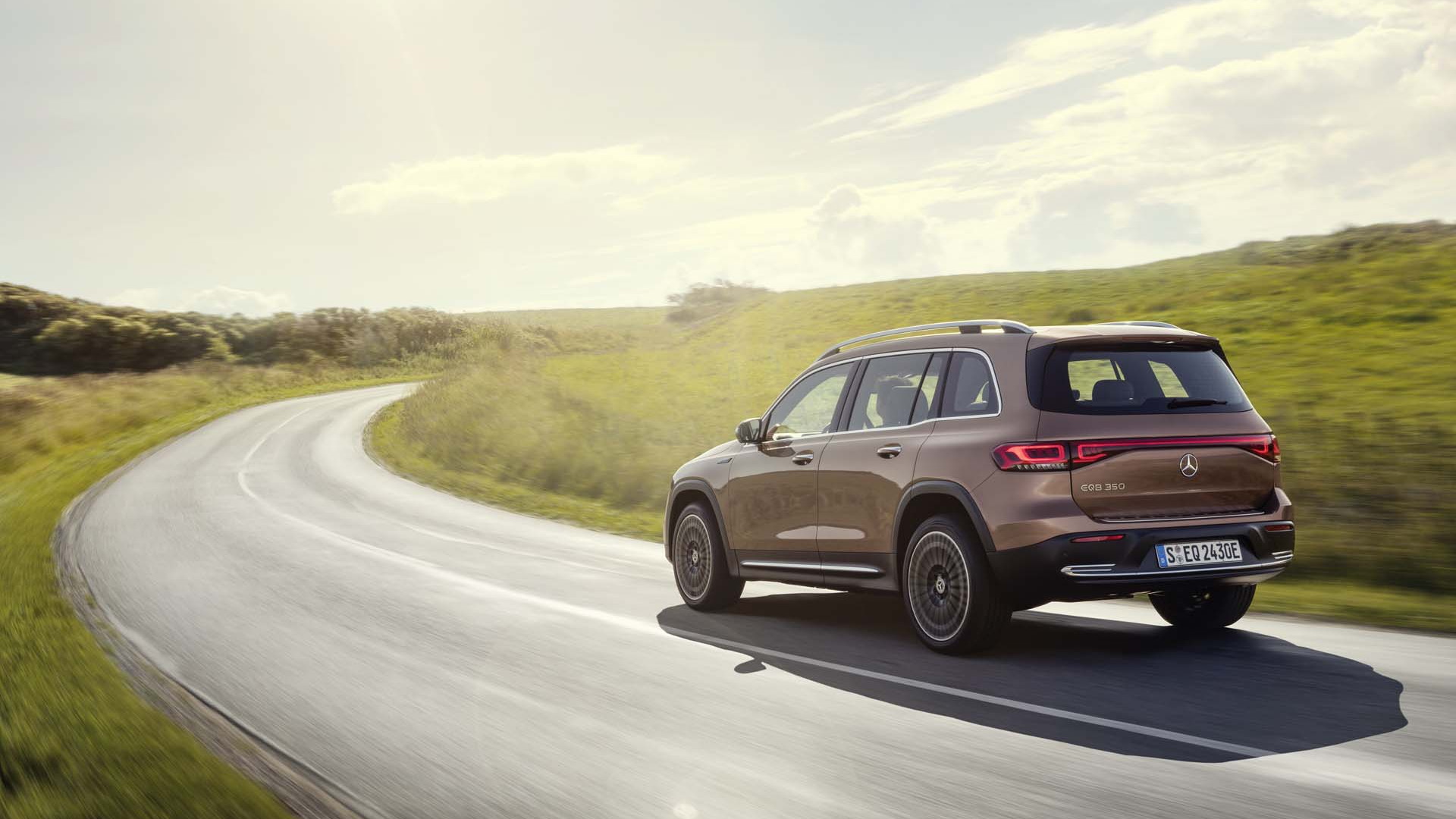 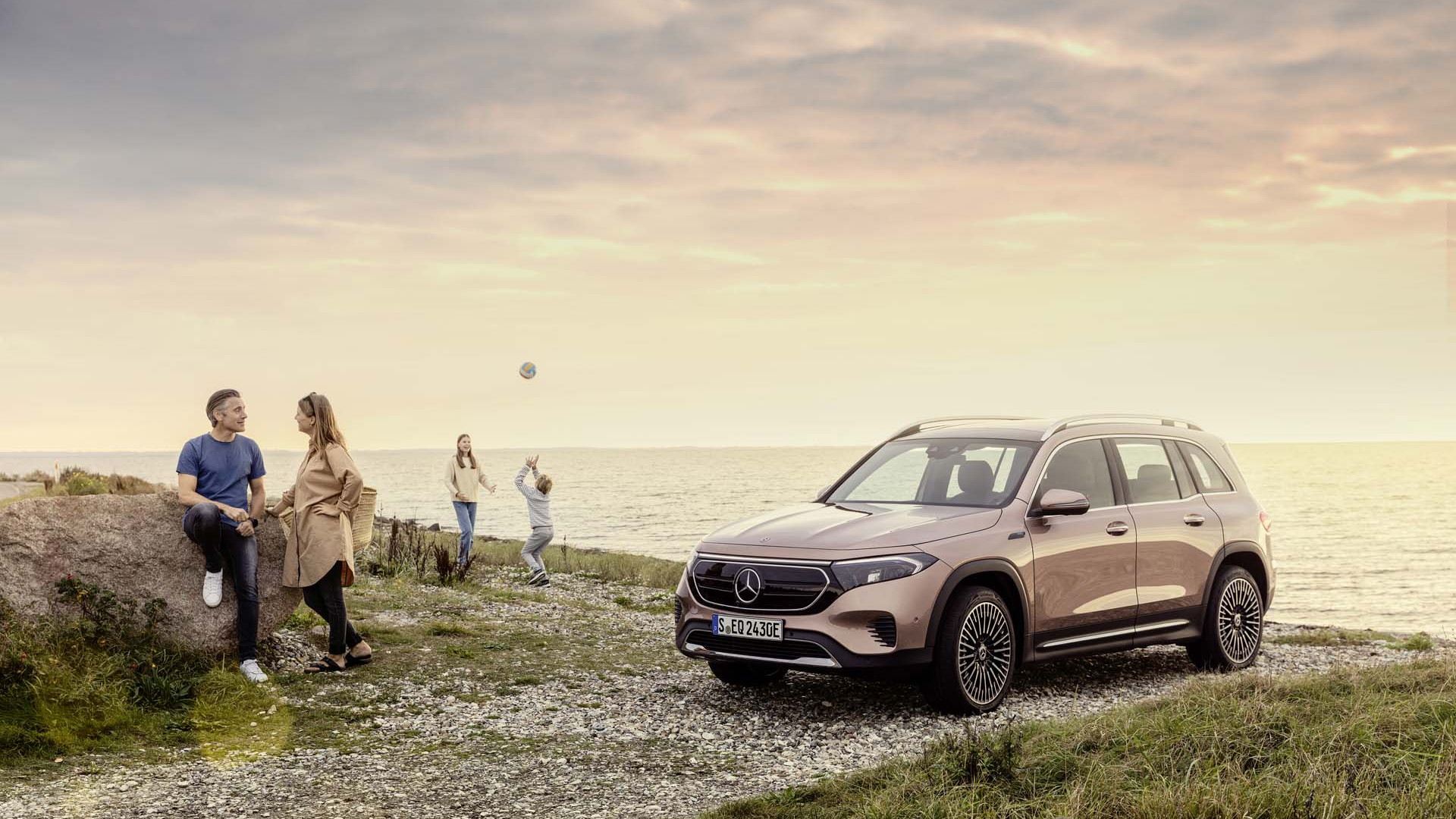 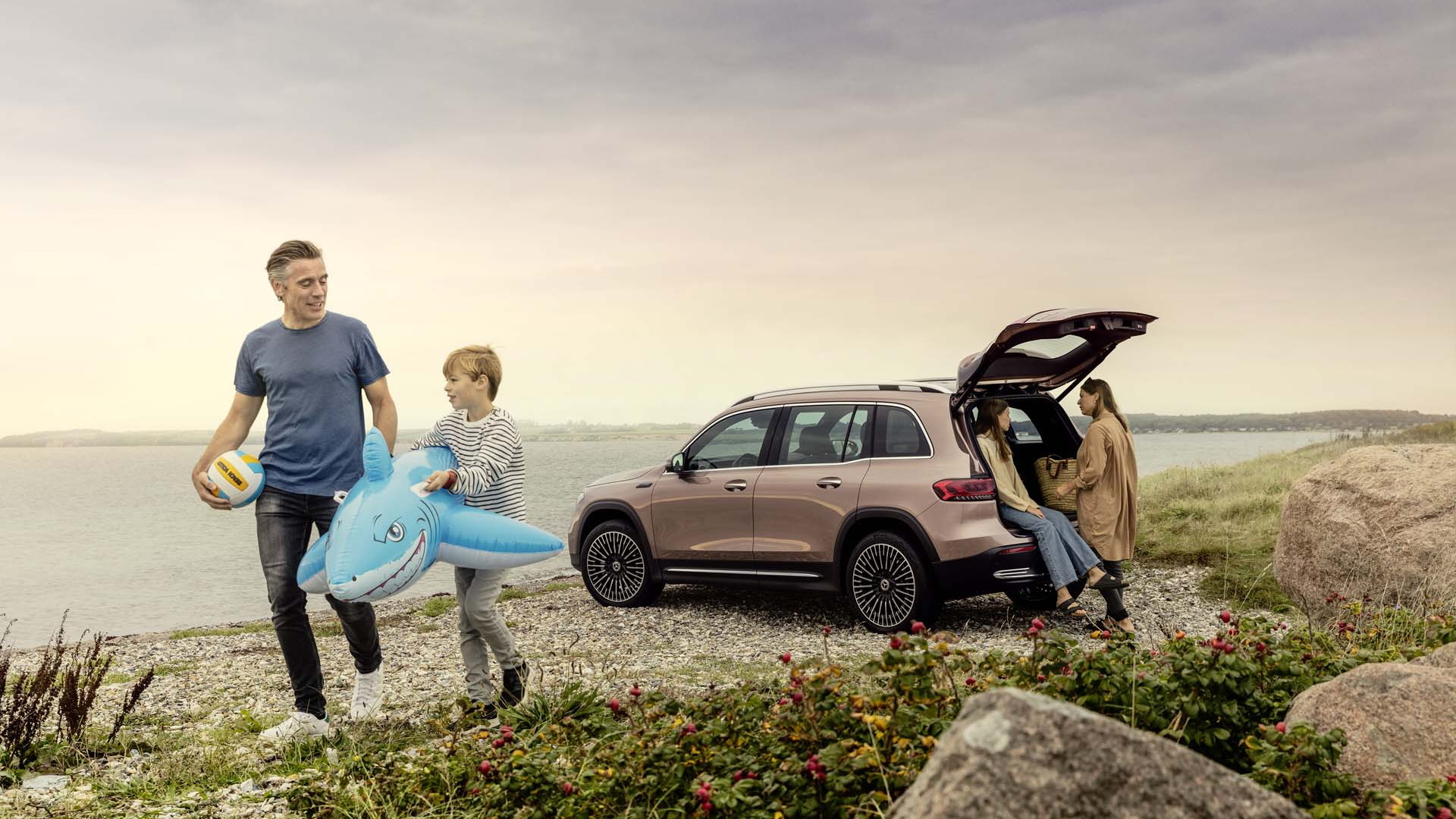 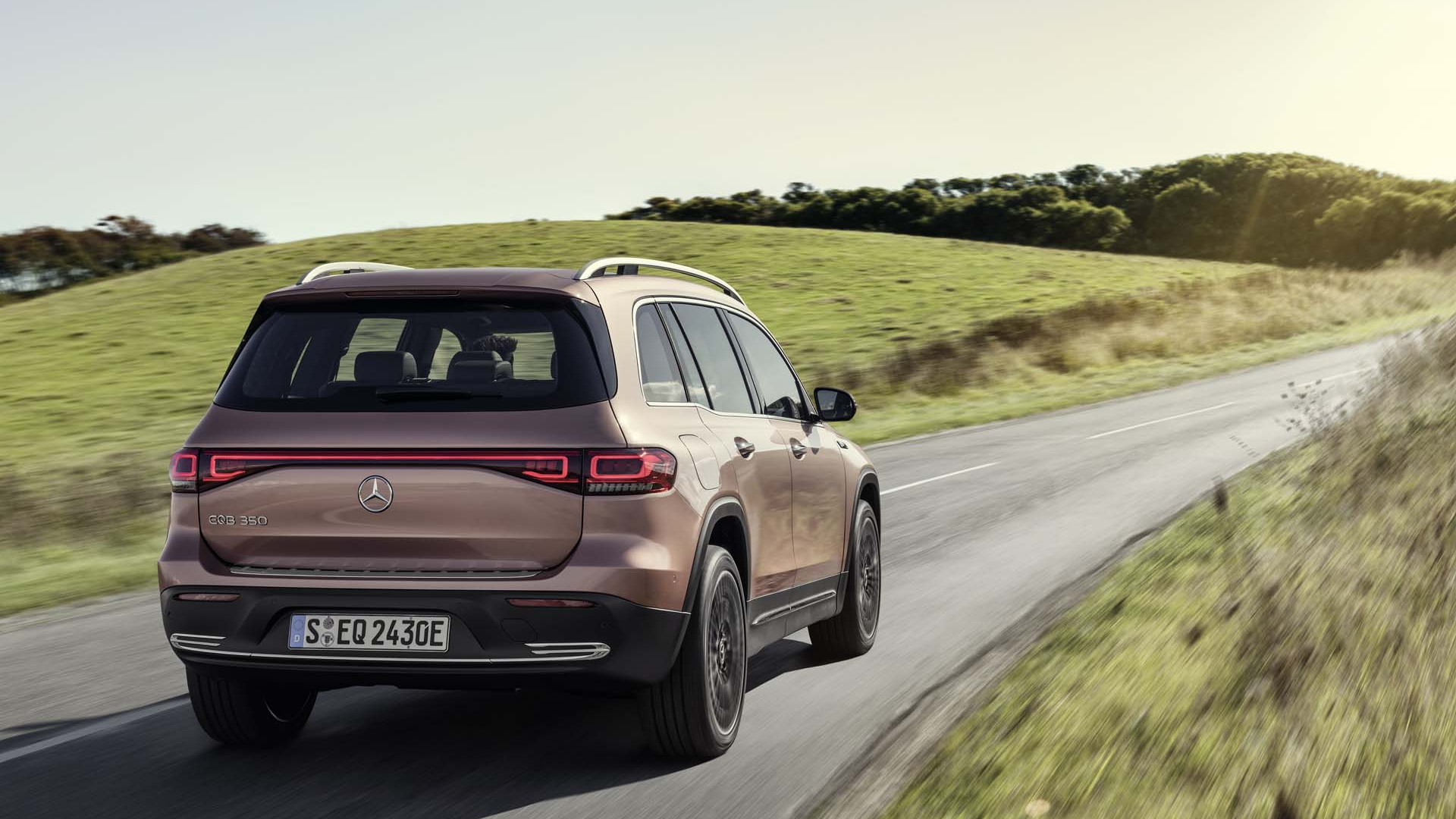 At the Munich auto show, Mercedes-Benz on Sunday confirmed a few key pieces of information about how the 2022 Mercedes-Benz EQB will arrive in U.S. spec—although pricing and driving range remain variables that might or might not see this luxury EV fitting into some American driveways starting next year.

All versions will have a 66.5-kwh lithium-ion battery pack, offering an estimated 260 miles of range on the European WLTP cycle, which tends to be optimistic compared to EPA ratings. The EQB will charge on Level 2 (240 volts) at 32 amps in 11.25 hours, and CCS-format DC fast-charging will get the battery from 10 to 80 percent in 31 minutes.

In U.S. spec, the EQB will offer dual-zone climate control, a power liftgate, and 64-color ambient lightning, with a panorama sunroof, head-up display, winter package (heated windshield and washer system), and front heated, ventilated, and massage seats on the options list. So is a sporty AMG Line.

At about 184 inches long, on a 111-inch wheelbase, the EQB is slightly longer than the Volkswagen ID.4 and Audi Q4 but slightly shorter than the Tesla Model Y. Mercedes-Benz says that the EQB will have an optional third-row seat, and in five-seat or seven-seat versions the second row can slide 5.5 inches to adjust legroom or cargo space.

Styling combines the upright profile of the GLB with the streamlined front end common to all Mercedes EQ electric models. That also gives the EQB a drag coefficient of 0.28, per the automaker. The EQB is based on a version of the same platform as the GLB, rather than a dedicated platform. We've already stated that the GLB, a roomier, boxier-looking counterpart to the GLA-Class crossover, would have been a great EV package.

Mercedes has already shown the EQA crossover, already being delivered in Europe, as an electric model parallel to the GLA, but it's unlikely to reach the U.S.

At the 2021 Shanghai auto show, back in April, Mercedes-Benz announced that the EQB would be joining the U.S. lineup. Confirmation of the EQB for America was a bit of a surprise, as even early this year Mercedes-Benz hadn't put the crossover on the U.S. product map up until now—even though it would be a better fit for the U.S. market than the EQA. Although Mercedes-Benz USA has confirmed to Green Car Reports that the EQA is still being considered, too.

The crossover gets an 11-kilowatt onboard charger, and is capable of DC fast-charging at up to 100 kw, allowing for a 10% to 80% charge in just over 30 minutes, according to Mercedes.

Driving range, pricing, and full specifications for the U.S.-market EQB will be revealed closer to its 2022-calendar-year launch. Initial vehicles for the Chinese market will be built in Beijing, while vehicles for Europe and the U.S. will be built in Kecskemét, Hungary. Mercedes also plans to build two larger electric SUVs in Alabama starting next year.

Mercedes has made some changes in its EV strategy already—most notably deciding not to bring the EQC to the U.S. Already on sale internationally, the EQC crossover is larger than the EQB, but smaller than the two models Mercedes plans to manufacture in Alabama.

So far, the two primary EQ models that the automaker has revealed for the U.S. include the EQS flagship fastback and the EQE sedan. Both models are more range-efficient than other recent Mercedes models, and it represents a change in philosophy for the company. Perhaps that might mean even more range than hinted here by the time this model arrives Stateside.