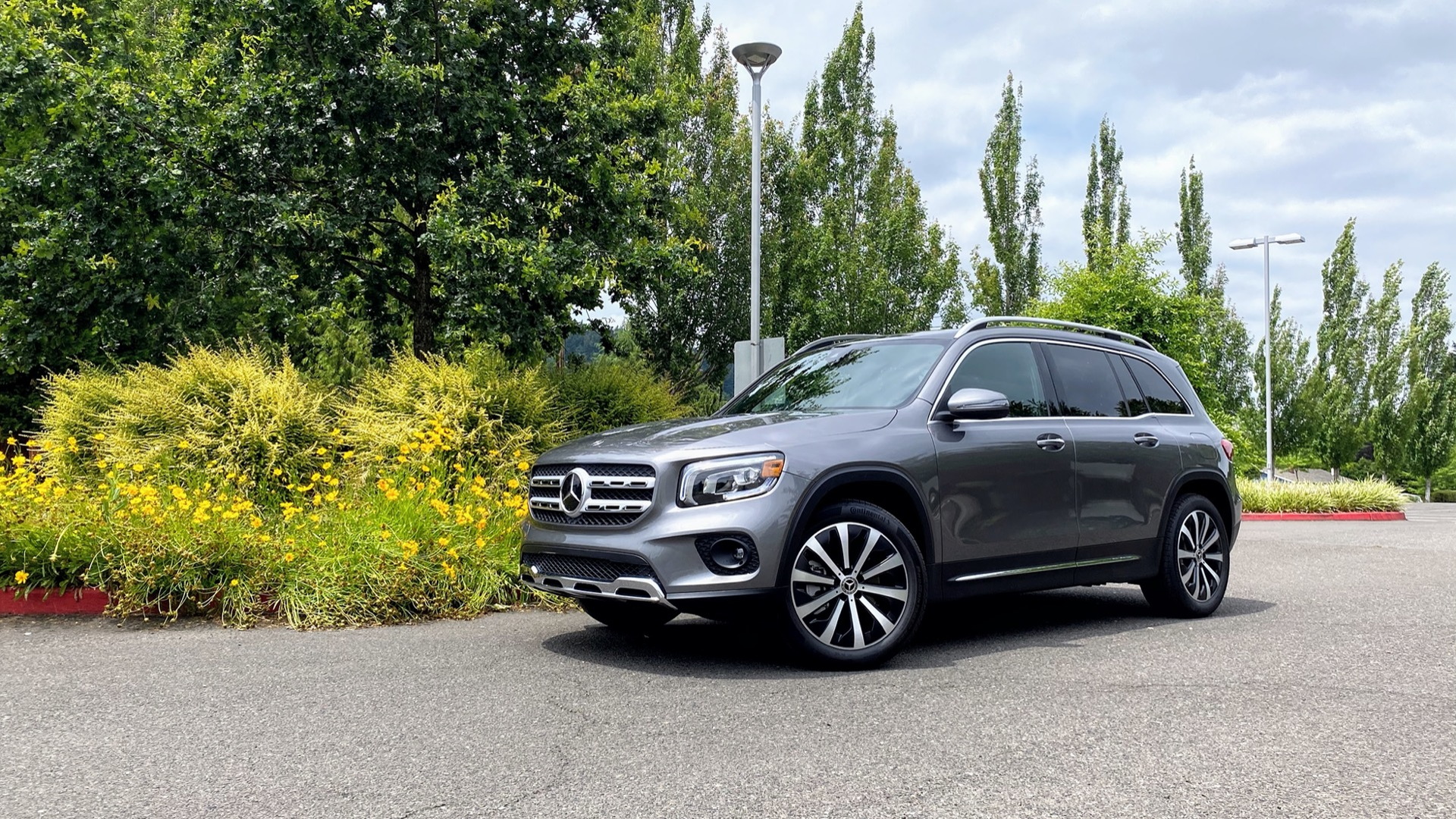 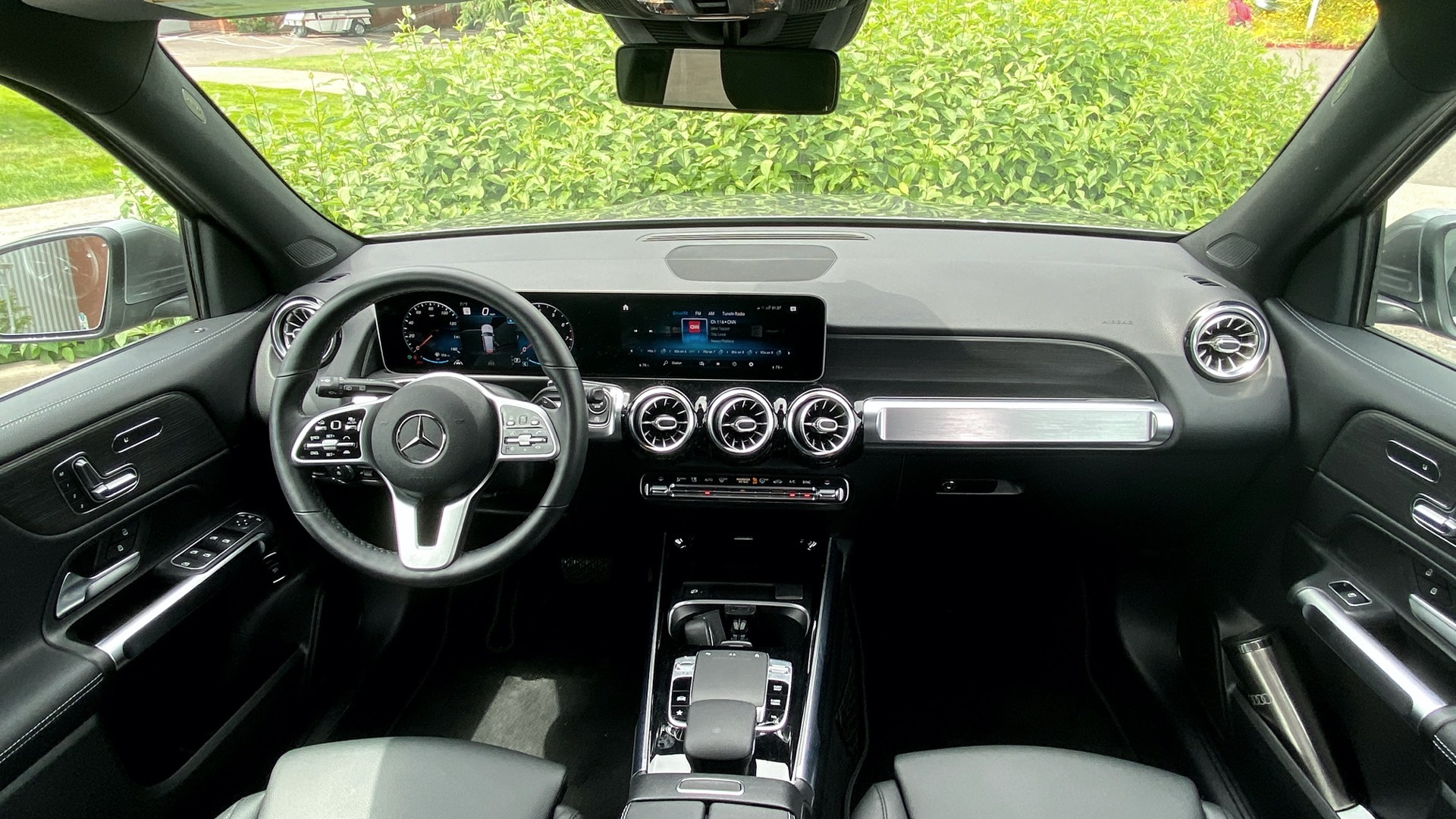 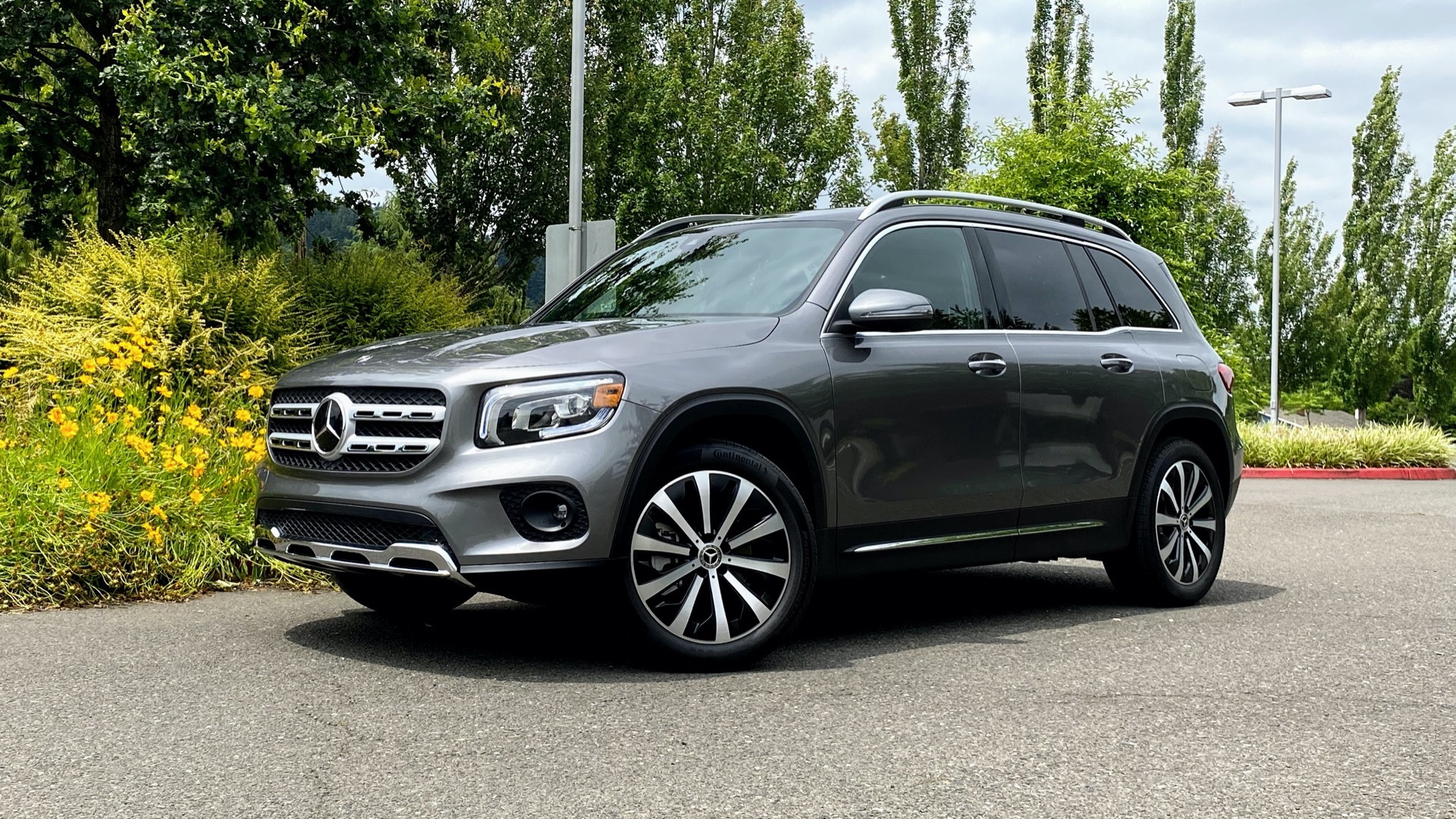 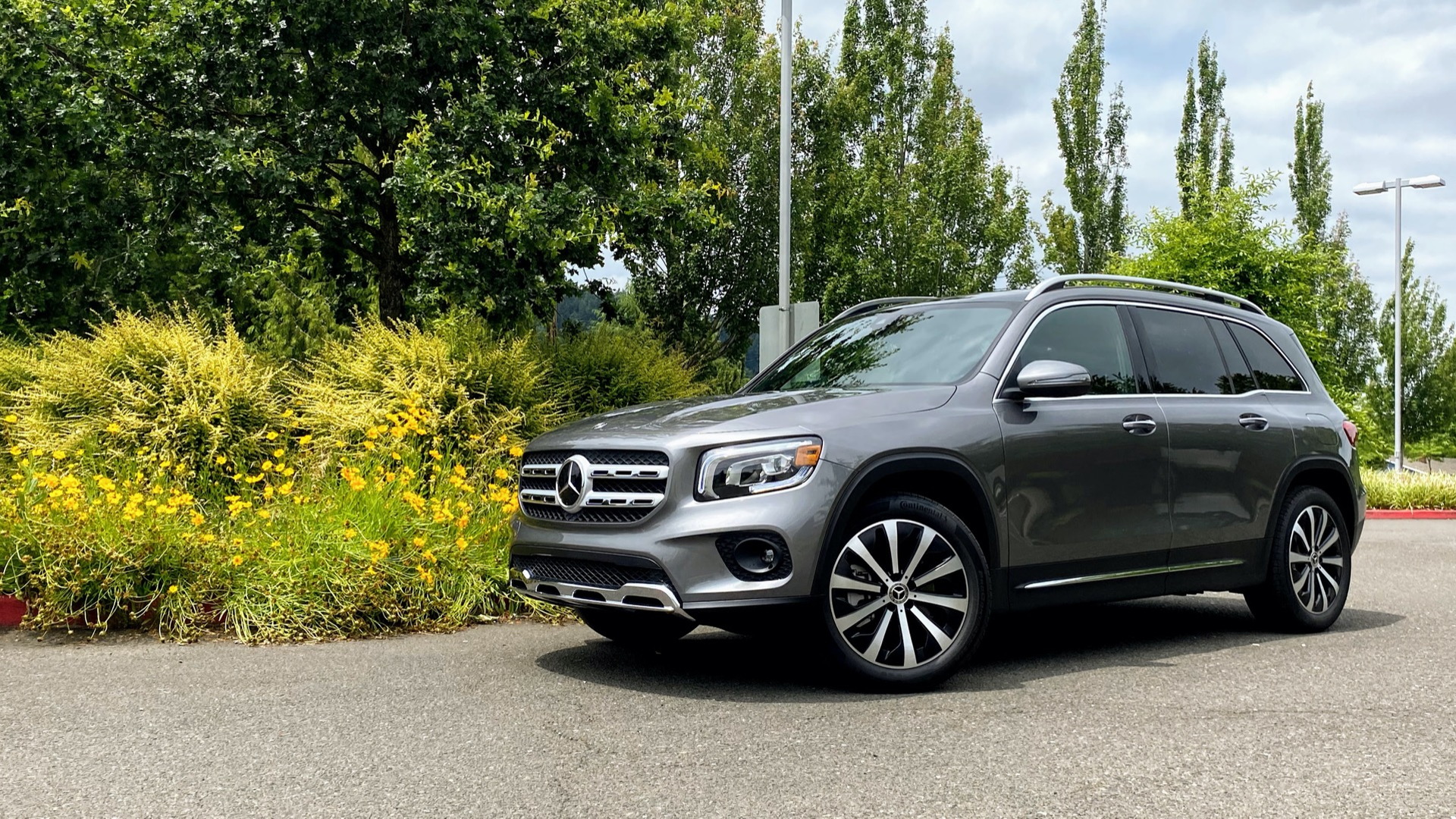 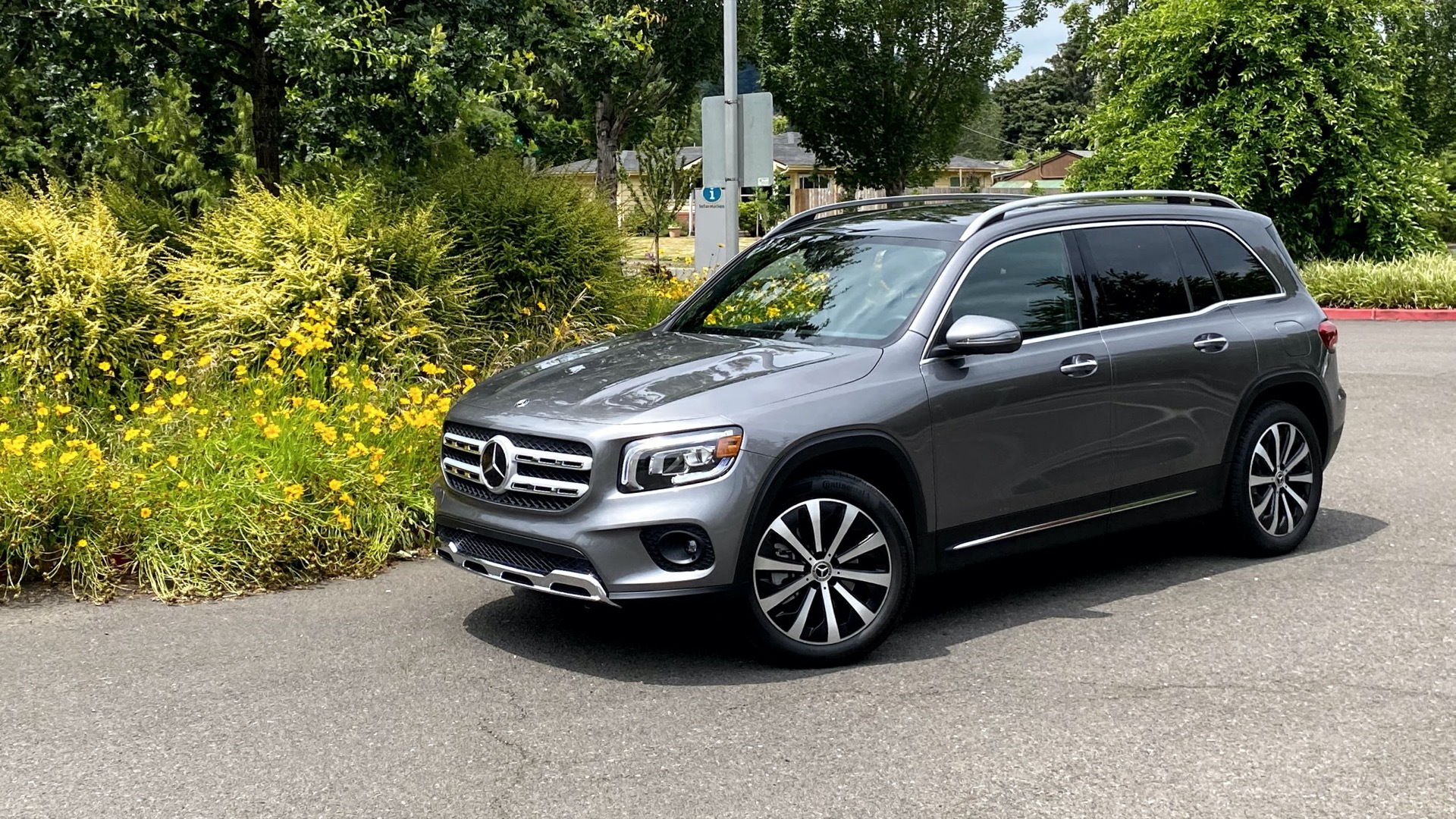 Sometimes what vehicles have gained through thoughtful improvement and brilliant design is overshadowed by what they gave up along the way.

Yes, I’m talking about the 2020 Mercedes-Benz GLB. And yes, the whole time I was driving it last month I was haunted by the fact that it’s not offered with an all-electric powertrain like its predecessor—and won’t be, al least for the foreseeable future.

Its predecessor, the B-Class electric, or B250e as it was known in its final days, wasn’t offered everywhere in the U.S. Officially said to be bound to California-emissions states, it was primarily (if not entirely) offered in California and Oregon.

The Mercedes-Benz GLB would have been a very good electric car.

The GLB turns what was an aesthetic hard sell to Americans about the B-Class into city-savvy and even downright trendy. With about a 5-inch stretch in wheelbase, plus a nearly 10-inch boost in length and a nearly 3-inch rise in overall height, the GLB250 aims to look more like a mini GL-Class than a mini R-Class. And really, who didn’t have to stop and Google the R-Class?

The result is about the size of a slew of current and anticipated EVs like the Audi Q4, Ford Mustang Mach-E, Volvo XC40 Recharge, and the popular Tesla Model Y.

There’s a Tesla connection, too. Tesla assembled the battery pack and the entire propulsion system for the B-Class Electric in its Fremont factory; then it was shipped to Germany to be mated with the rest of the vehicle. The GLB, on the other hand, is assembled in Mexico—no Tesla coordination required.

Mercedes-Benz told Green Car Reports in 2014 that it had an agreement with Tesla to supply as many powertrains as EVs it intended to build through the 2017 model year, with the option to negotiate an expansion of the arrangement for higher sales.

While the range of the B-Class Electric was just 87 miles, and its battery capacity only 28 kwh—31 kwh in an innovative Range Plus mode for special occasions—this model impressed us with its range consistency, and for quite easily topping those range ratings. The front-wheel-drive model was also perky and handled far better than you might suspect.

Back to the GLB250 4Matic. It’s shaped more alluringly, packaged more space-efficiently, and looks inside and out like what the B-Class should have been.

But the driving experience in the GLB leaves a lot to be desired, mostly because of what’s under the hood.

The 2.0-liter turbo-4 in the GLB is matched with an 8-speed dual-clutch automatic transmission. In the default Comfort mode, the pair responds sluggishly to any medium prod of the accelerator, and even full-to-the-floor requests are met with a head-scratching delay. In Sport mode, the transmission seems to overcompensate for known issues, and keeps revs racing almost indefinitely. I experimented with the Individual mode but still couldn’t find a setting that made engine and transmission simply work better together.

For a compact vehicle, there’s certainly no gold star for efficiency. In 4Matic all-wheel-drive guise, my test car averaged 27 mpg over 101 miles and a mix favoring suburban highway driving. That was in 70-degree weather; earlier this year, in significantly colder weather with the same vehicle, we saw 24 mpg over about 30 miles and a colleague got 28.3 mpg on a 900-mile trip that involved a drive from Chicago to Detroit and back

If you can reconcile that, the GLB is unexpectedly great hustling along a twisty road, maneuvering smooth city streets with ease, or tracking well on the highway. Even with the test car’s adjustable damping, on coarse or pothole-riddled city streets the cabin was more jarring than I expected, though, with a bit too much road noise transmitted inside.

There’s a lot to love about this space-efficient and comfortable cabin packaging. I’m six-foot-six and could easily get in and out of the rear seats, although adjusting the front seat rearward for my seating position put a stop to that. The front seats are excellent, and with their plentiful support, adjustability, and extendable thigh bolsters they feel worthy of a luxury-vehicle price tag.

A third-row seat is on the options list, and it’s silly sauce. I don’t have any idea how anyone would be able to sit back there. However, the cargo space that the near flat-folding second row seat provides when folded down is plenty for warehouse-store stockups.

The switchgear and trim make a lasting impression, and it’s not good if you compare it to the GLC300 for sale in the same showroom. The GLC is not only more luxurious, but also larger, sportier, more powerful, and potentially, lower-priced.

To put this another way, bringing the appeal of a luxury marque to the GLB takes loading it up with pricey options. The GLB 250 4Matic I drove cost $50,480. The price was propelled from $38,600 by piecemeal options like a $1,500 panoramic sunroof, a $1,150 Multimedia package with navigation, and a $1,650 Premium package with the upgraded touchscreen and instrument cluster that flowed neatly together.

Relative to what else is in the GLB’s competitive set, for the same price or less, the GLB doesn’t make a lot of sense as it’s positioned in the U.S. But if it were to be a fully electric vehicle, for roughly this price with, perhaps, a 250-mile range, Mercedes-Benz would have a hit on its hands, offering a refreshingly different-shaped alternative to the Model Y.

Mercedes has made no secret that it’s working on an EQB model based on the GLB, adapting its MFA 2 platform to a battery-electric layout but this time using its own battery and propulsion knowhow instead of Tesla’s. But that model is likely to be focused toward Europe, and judging by the hesitation in getting the larger EQC to these shores, don’t bet on it ever happening.

In the electric vehicle market, a lack of persistence is part of the problem. As more rivals line up in this same size and price class, an EQB based on this appealing GLB, rather than an EQC or EQA, would be the place to make a play for urban Americans—and continue what the B-Class electric started.