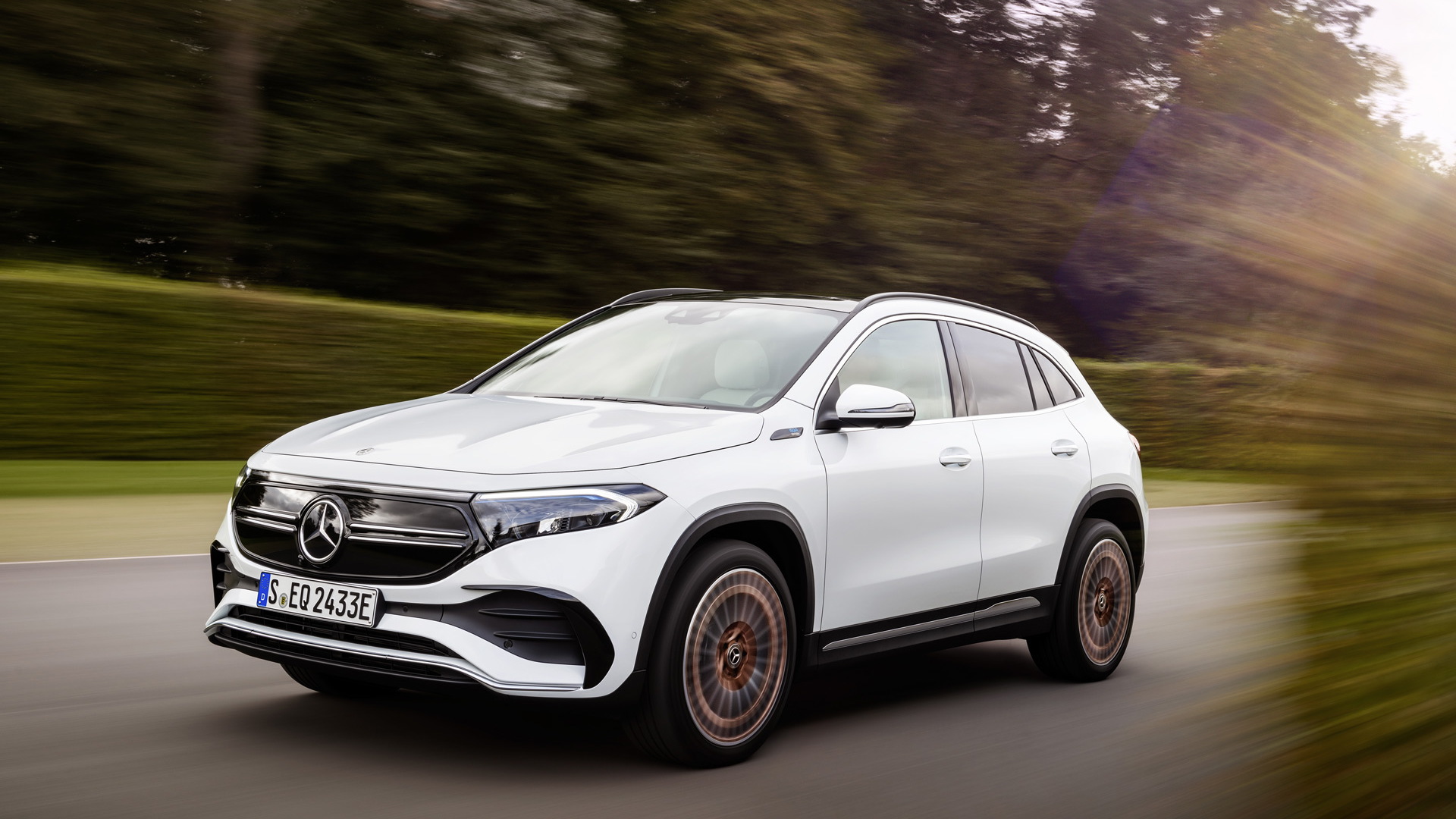 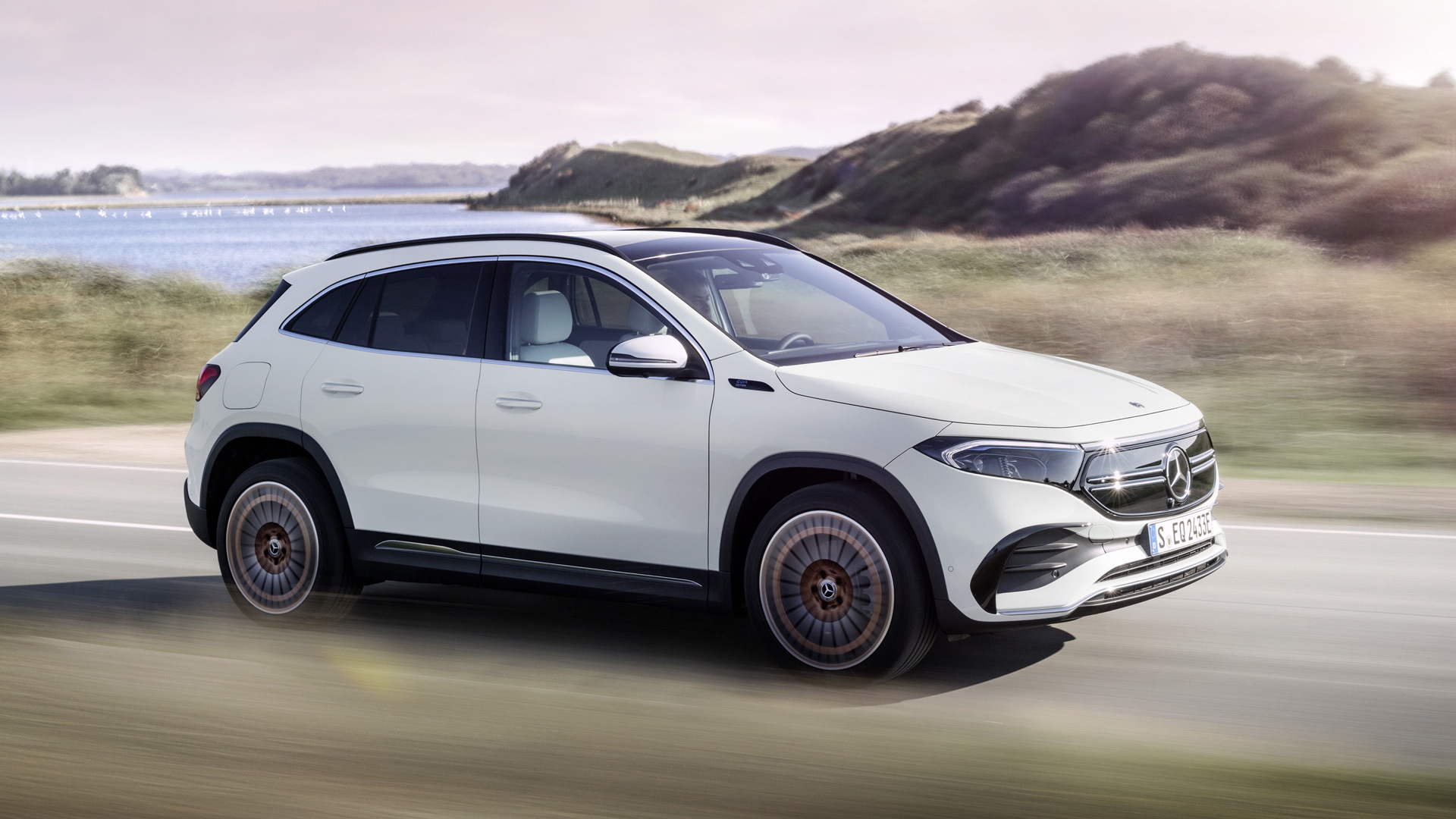 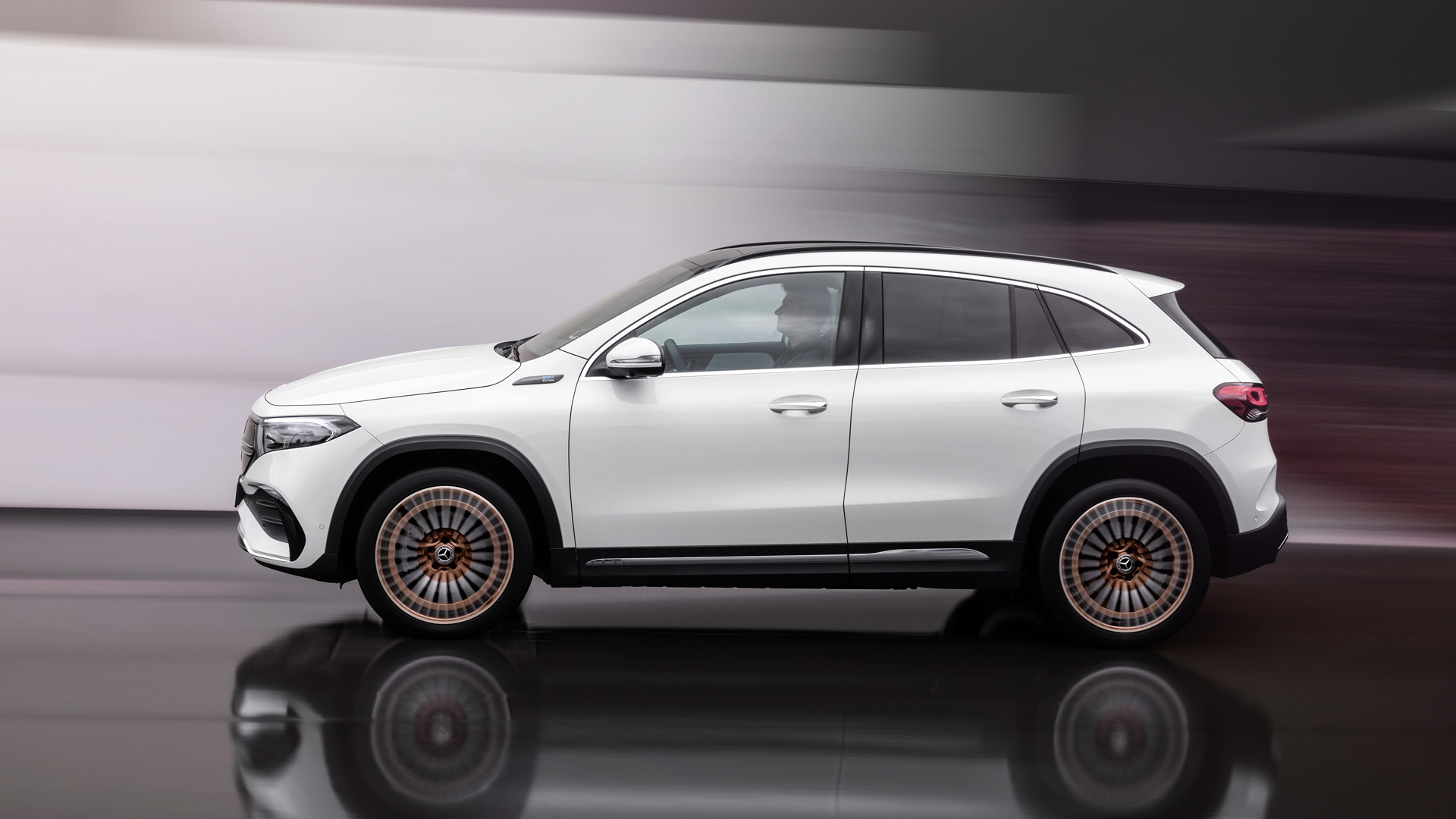 The Mercedes-Benz EV rollout continues with The EQA small crossover. Positioned below the current EQC crossover, it goes on sale in Europe this spring, but is unlikely to reach the United States.

In keeping with Mercedes' current naming convention, the EQA is an electric equivalent of the gasoline GLA crossover. "EQ" is the branding Mercedes gives to all electric cars and plug-in hybrids.

The EQA is a full size smaller than the Tesla Model Y, making it more of a luxurious alternative to the Hyundai Kona Electric or Kia Niro EV, in some respects. It's also close in size to the Jaguar I-Pace—but not as sporty. The Mercedes could also rival the Audi Q4 E-Tron, which is coming to the U.S. in two body styles.

Mercedes will launch the new crossover in front-wheel drive EQA 250 form, with a 66.5-kilowatt-hour "double decker" lithium-ion battery pack that sites under the floor, and forms part of the vehicle's structure.

A single electric motor provides twist to the front wheels, producing 188 horsepower and 276 pound-feet of torque, which will get the EQA from 0-62 mph in 8.9 seconds, and to a top speed of 100 mph, according to Mercedes.

The automaker quoted 298 miles of range, as measured on the NEDC testing cycle, compared to 279 miles for the larger EQC. The WLTP range for this model, which is typically closer to EPA ratings (but still quite a bit higher than them) is 265 miles. So the EQA wouldn't beat the similarly-sized Hyundai/Kia duo.

Mercedes also plans to launch a dual-motor all-wheel drive version at a later date—with a somewhat longer range. During normal driving, it will prioritize the rear motor for efficiency reasons, as the front synchronous motor creates less drag on the powertrain in partial-load operation, Mercedes said.

The automaker is also reportedly working on an EQB, but the timeline is unknown, as is whether it might come to the U.S. This would be an electric equivalent to the GLB-Class crossover, meaning it will likely feature more traditional SUV styling than the EQA, and more interior space, with a similar-size footprint.

Mercedes' U.S. electric-car plans have been in a state of flux. The EQC was supposed to arrive here in 2019, but was delayed, and now appears to be on hold until at least a mid-cycle refresh. Now two electric SUVs planned for Alabama production starting in 2022 might be the first new Mercedes electric models, we'll get.

They would be the first Mercedes electric cars sold in the U.S. since the Tesla-powered B-Class Electric Drive (also called B250e), which was discontinued in 2017.