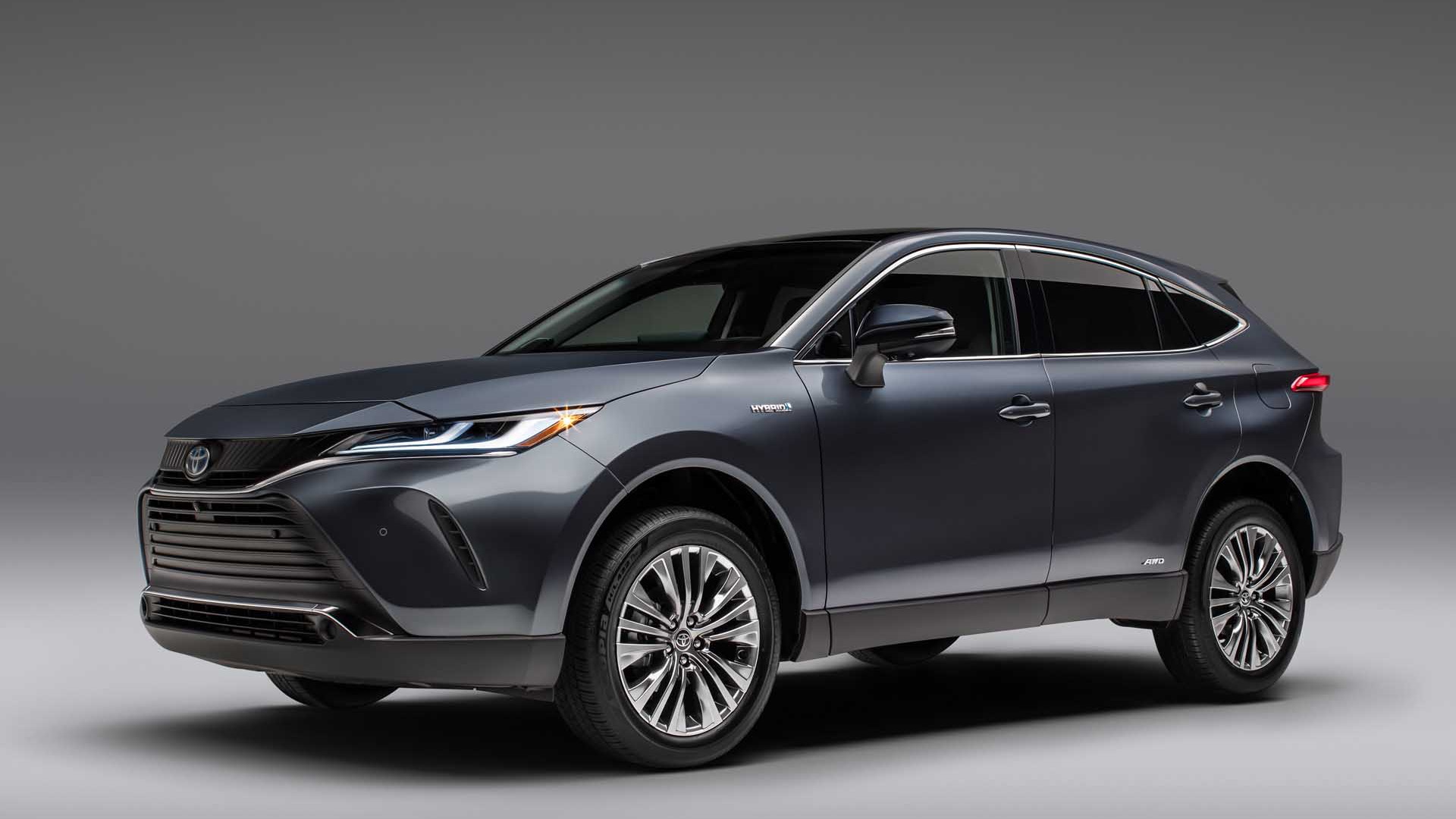 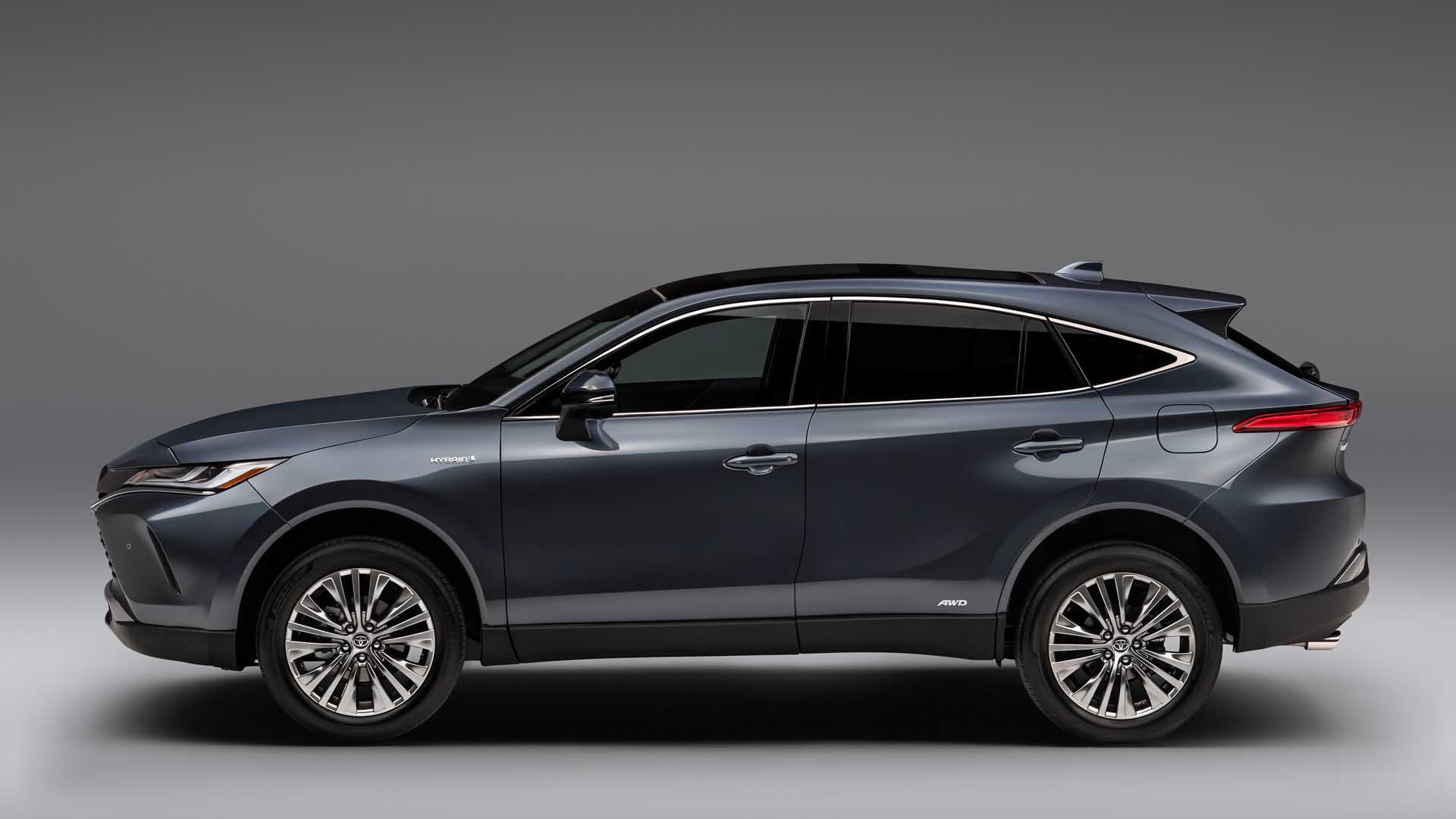 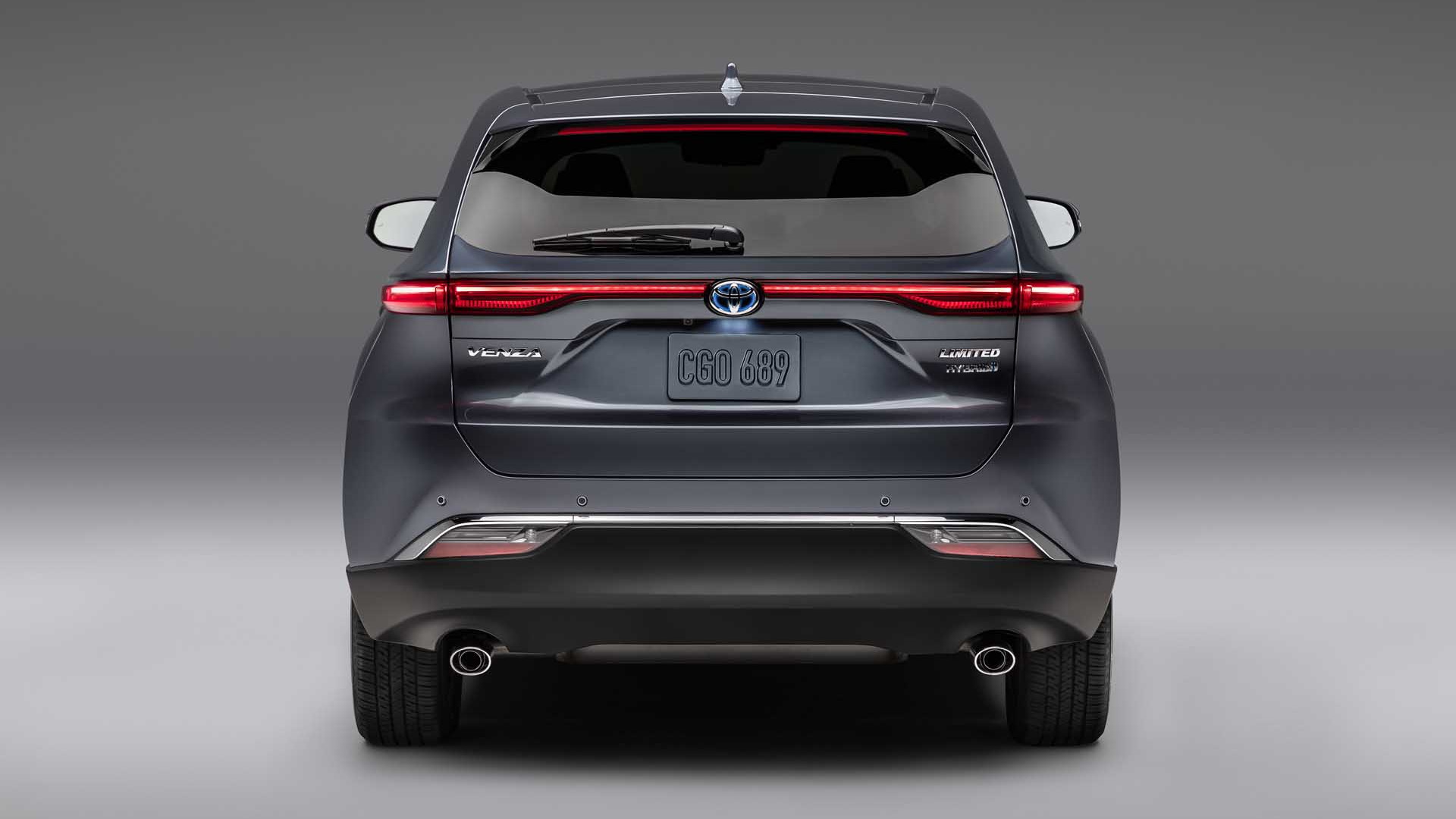 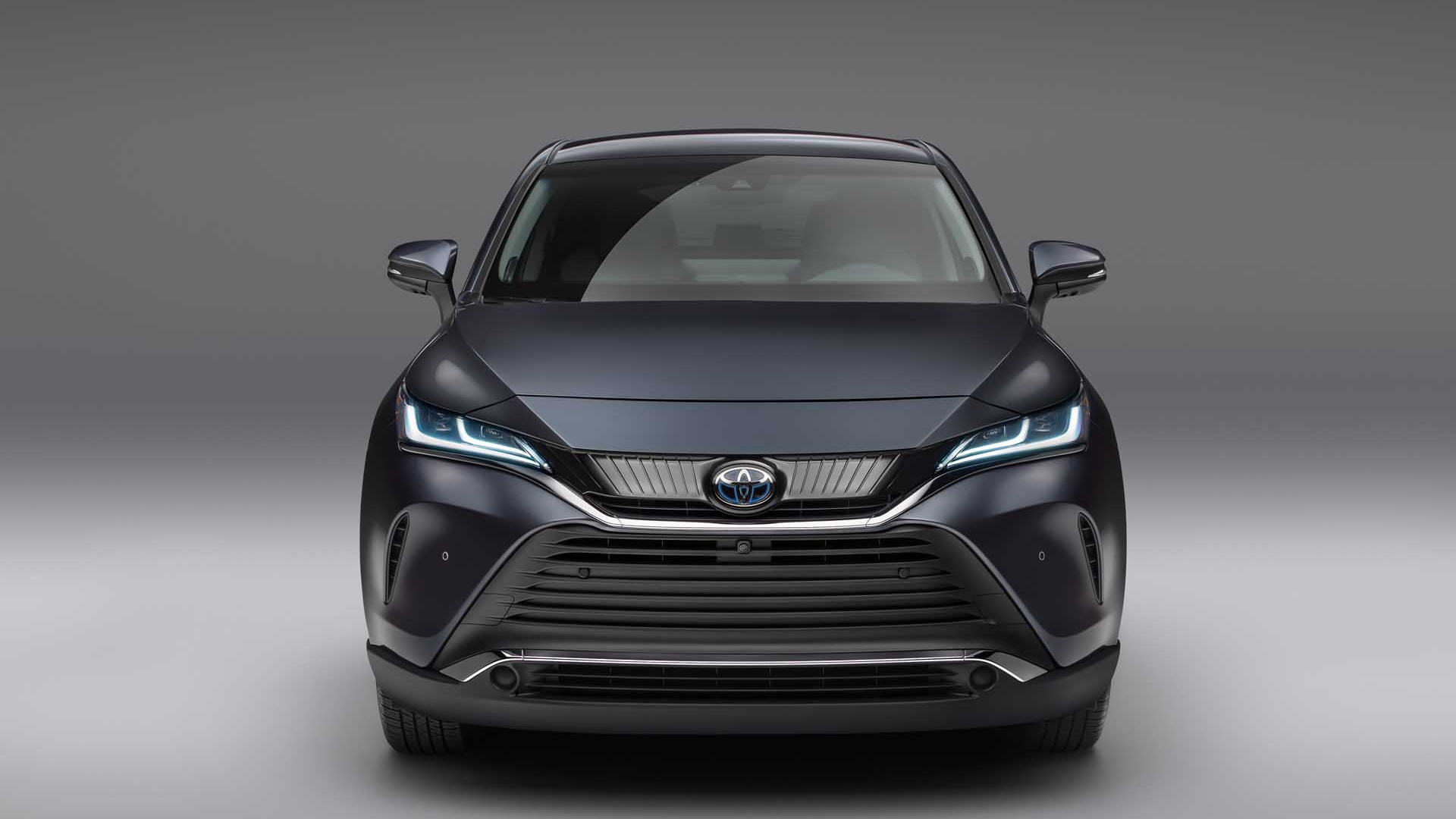 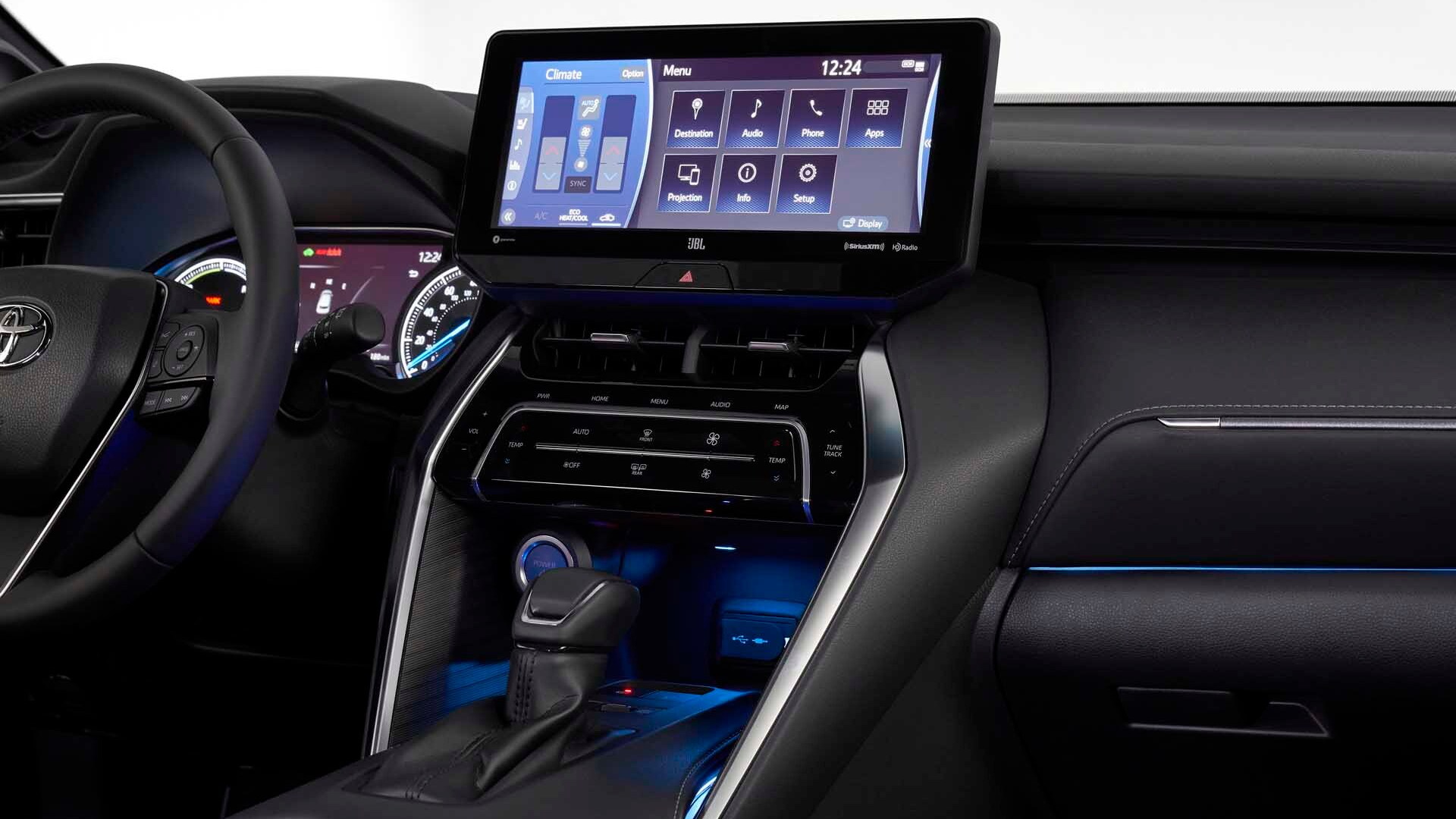 Toyota was going to do it eventually.

The carmaker announced in 2017 that, by 2025, every one of its vehicles will have an “electrified” option—almost inevitably a hybrid version, in Toyota’s EV-resistant parlance.

Given that, it seemed inevitable there would be a niche model other than the Prius where Toyota wouldn’t offer a version without a hybrid powertrain.

That model is arriving later this year—in the form of two new hybrid-exclusive models, this 2021 Toyota Venza and the 2021 Toyota Sienna.

The Venza is now roughly to its best-selling RAV4 crossover SUV what Honda’s Insight is to its Civic sedan—heavily based on the RAV4 but more sleekly styled, more refined inside, and wrapping in more tech features. And exclusively a hybrid.

A greener redo on a familiar badge

The Venza nameplate has been here before. Just like last time, it lays claim to some of the white space between the Camry sedan, the RAV4 crossover SUV, and the big, family-sized Highlander. It’s smaller but taller than before, more curvaceous-looking than any of those other three models, and likely to get a fuel-frugal Toyota-projected 40 mpg EPA combined rating in its base LE build.

The all-wheel-drive hybrid system in the Venza offers the same 2.5-liter inline-4 engine as the RAV4 Hybrid, with Toyota’s planetary-gear-based two-motor hybrid system, combined with a third motor exclusively powering the rear wheels. It makes the same system output of 219 horsepower although like the upcoming Toyota RAV4 Prime plug-in hybrid, the Venza will have a lithium-ion battery, instead of the nickel-metal hydride battery in the regular RAV4 Hybrid.

Built from the RAV4 crossover SUV (instead of the Camry last time), the second-generation Venza is a smaller vehicle this time around except height. It’s sized about the same as the RAV4, but with 6 inches more overall length going to overhangs.

The Venza mostly skips off-road capability, although it hasn’t completely bucked the trend of installing rugged SUV cues like rubberized wheel-lip and lower-body cladding—mixed with chrome, too.

Inside, the Venza looks like a step toward Lexus in some ways. Its cabin is clearly upscale of the RAV4’s, and Toyota will offer its first fixed panoramic glass roof in the Venza. The optional roof will use electrochromic glass technology that changes from transparent to frosted at the push of a button.

Toyota has tuned the Venza to be something akin to Lexus-quiet inside, with an acoustic windshield and more sound-blocking and insulating material aimed at blocking out road and engine noise. Seat comfort is also a priority, with the offerings ranging up to front seats in the Limited that draw cool air from the air conditioning system into the seat.

Toyota plans to offer the Venza in LE, XLE, and Limited grades, with instrumentation directly ahead of the driver starting with a 4.2-inch color display in the LE and stepping up to a 7.0-inch one in the other models. A 10.0-inch color head-up display is available.

More attention to the connections

Turning to the middle of the dash, the 2021 Venza will include 8.0-inch touchscreen infotainment systems in the LE and XLE, while the Limited has a 12.3-inch touchscreen. Upgraded 1,200-watt JBL audio has nine speakers and a subwoofer and is offered on the XLE and included in the Limited.

All systems are Apple CarPlay, Android Auto, and Amazon Alexa compatible, and they include navigation. A system called Predictive Efficient Drive uses dynamic nav data to optimize battery charging and discharging behavior based on where you are with respect to hills or traffic congestion.

All the 2021 Venza models will come with automatic emergency braking with pedestrian and bicyclist detection, active lane control, and adaptive cruise control. It will also offer a digital rearview mirror that provides a wide view with the flip of a switch.

Other standard features include a hands-free power tailgate system and, on XLE and Limited versions, a Smart Key system that works for all doors, not just the driver’s door.

The former Venza was no sales flop, but it didn’t measure up to its original sales targets. Toyota might be setting expectations lower this time—and confirming this model's close alignment with the Japan-market Toyota Harrier—by planning for the Venza to be assembled in Japan instead of Kentucky.

It makes sense that the new Venza is built up from the RAV4, rather than the Camry, and that it has a profile that looks readier for adventure than the old Venza’s milquetoast look ever conveyed. And it goes to prove to skeptical shoppers who won’t yet plug in that 40 mpg doesn’t look compromising in any way.