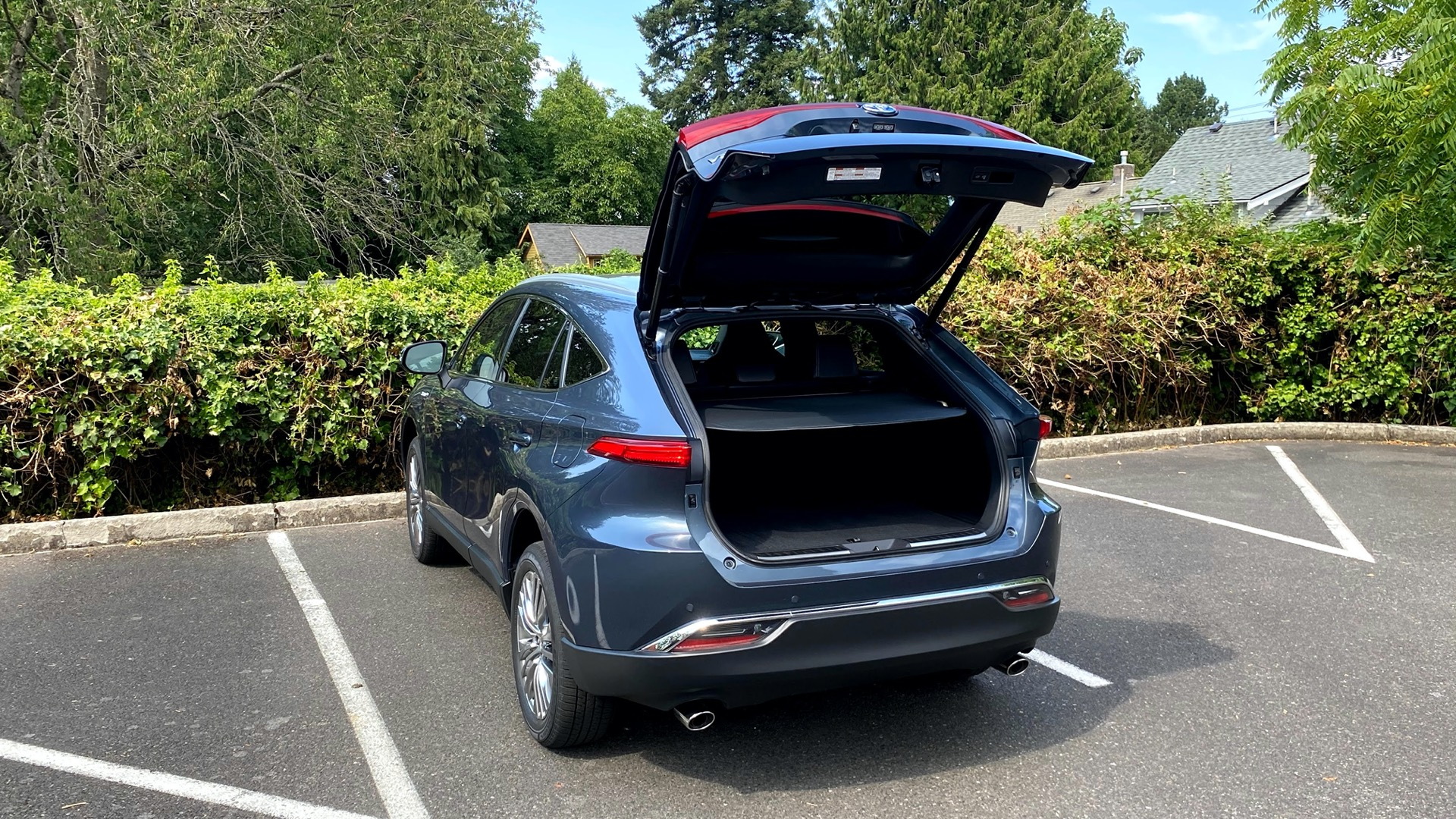 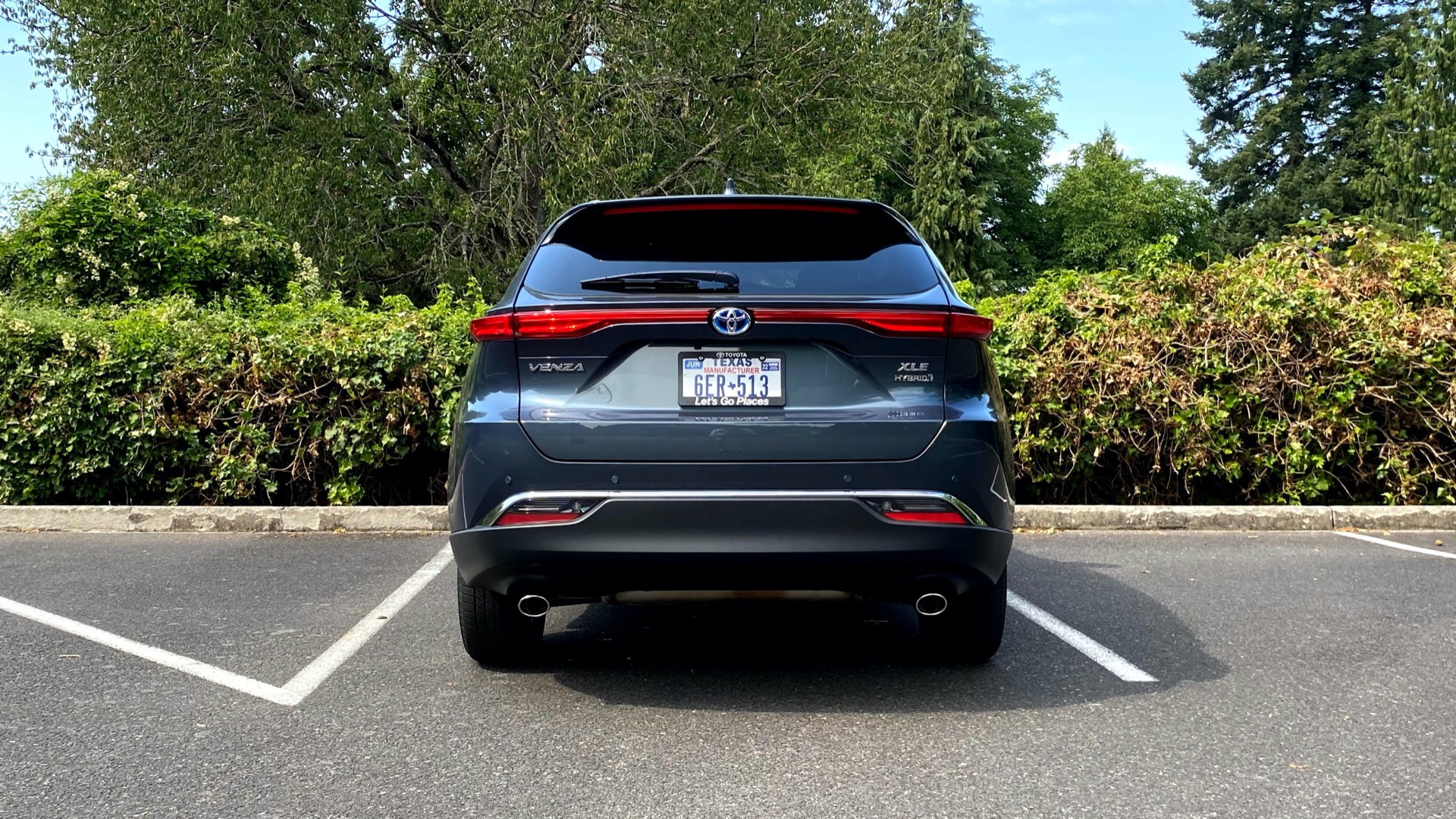 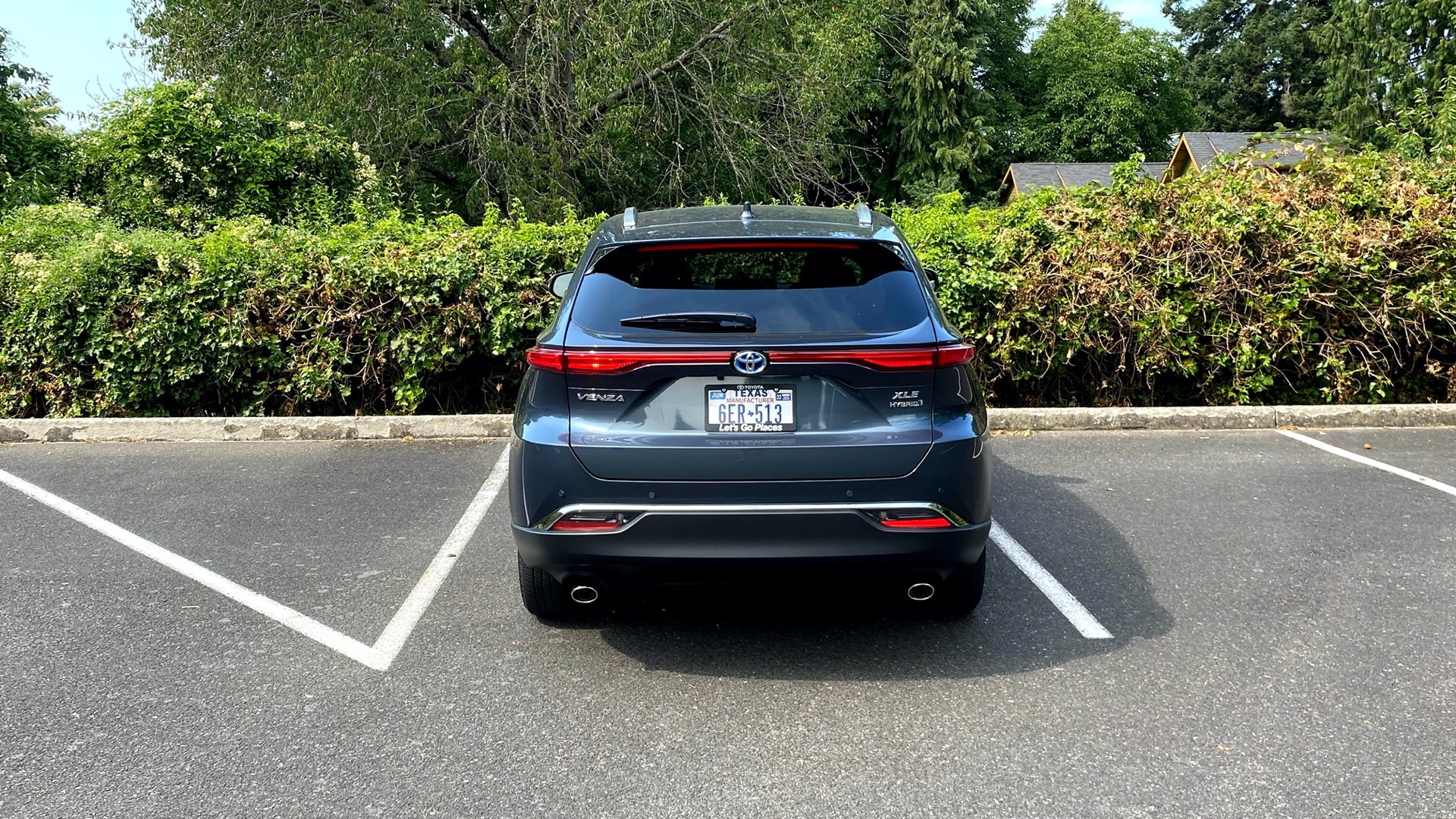 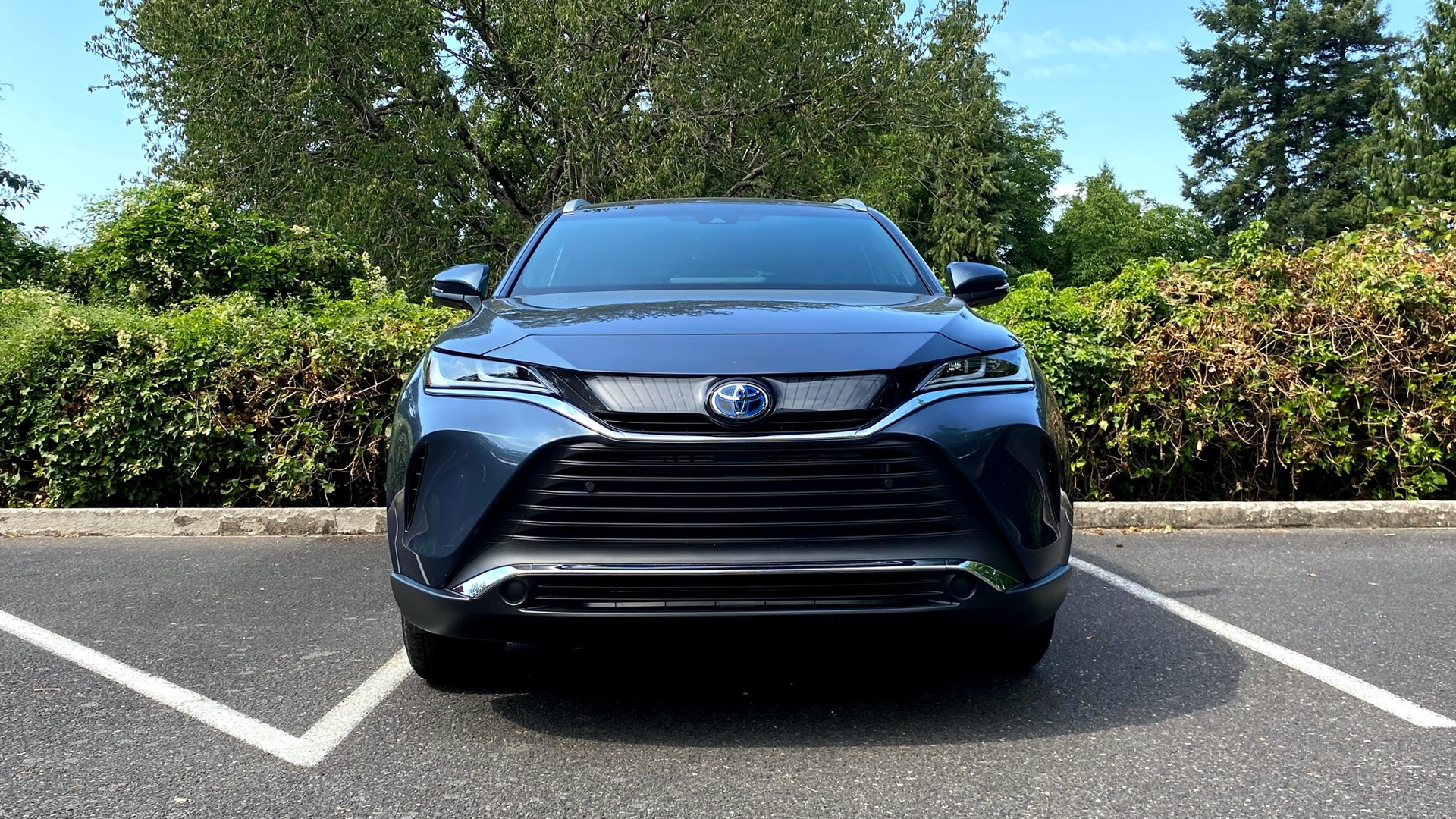 Aim for the wholesome middle of the American vehicle market today, and mix in one of Toyota’s strengths—its hybrid system—and you end up with a new hybrid-only product: the 2021 Toyota Venza.

In a recent first drive of the new Venza, I found this hybrid crossover to offer a quiet ride, a comfortable cabin, and a versatile layout—much of it while returning better than this model’s EPA combined 39 mpg.

The Venza badge was formerly used for a North American–exclusive product that was essentially a nice-driving, well-designed tall-roofed Camry wagon designed for “empty nesters”—who then appeared to reject it in favor of other more butch utility vehicles.

The model’s return comes in the form of a product sold in some other markets as the Harrier, and this time it has just a little more SUV baked in. It’s built on the same TNGA-K platform and 105.9-inch wheelbase as the RAV4 family and stakes out a middle ground between a half-dozen vehicles in the Toyota/Lexus ecosystem: On the utility side, there’s the Toyota RAV4, the sportier Lexus NX, and the larger, more plush Lexus RX. On the sedan side, there’s the ever-popular mid-size Camry; the larger, comfort-oriented Avalon; and the frugal Corolla compact sedan.

As first impressions go in this era of social distancing, shuttered showrooms, and shut-down auto shows, the Venza has a little more curbside charm than pictures might suggest. On the outside, the Venza skips the excessive rubberized wheel-well flares, settling for a modest amount of lower-body cladding. The dominant message here is elegance, and the silhouette and distinct front and rear lighting provide a look that reminds us much of the last-generation Lexus RX on the outside.

How does it all shake out by size? The Venza isn’t much larger than the Corolla in actual parking footprint, but its taller body makes it feel as roomy as a Camry inside. While key dimensions are virtually identical to those of the Toyota RAV4, the Venza is a smooth and sculpted counterpoint to the latest RAV4 lineup’s squared-off look.

Shaping up to be a gas-mileage MVP

The sleeker, more teardrop shape of the Venza may have contributed to something I observed in our driving—significantly better highway mileage, anecdotally, versus either the 2021 Toyota RAV4 Prime plug-in hybrid that I drove a few weeks earlier or the RAV4 Hybrid I drove last year.

What I saw in real-world driving with the Venza suggested that you’re likely to see far better than that in easygoing city driving—and perhaps a slight bit better on the highway.

In an 80-mile out-and-back roundtrip cruise at 70 mph, including a light headwind in one direction and tailwind in the other direction, I averaged just over 38 mpg according to the Venza’s trip computer—better than what I’ve seen in drives of the RAV4 Hybrid and RAV4 Prime.

Slowing it down even a little bit lifts the mileage a lot. In 40 miles of light commuting conditions, most of it at highway speeds, I saw nearly 41 mpg. And 16 miles of lower-speed city driving, with plenty of start-and-stop but peaking at just over 40 mph, I averaged 43 mpg.

The Venza is an efficiency superstar relative to other gas-fueled crossovers if you have a commute on rolling country roads or congested freeways. Over a 52-mile loop that I’ve taken with a number of other vehicles and tends to show the strengths of hybrid systems—one that includes varied speeds and goes up and down a lot, gaining 700 feet at its midpoint—I averaged 47 mpg. That’s just 3 mpg less than the Camry Hybrid I took on this same route earlier this summer.

The Venza sends out a unified message that it’s aiming for what’s familiar and comfortable, not for flamboyance and performance. There are no steering-wheel paddle-shifters, no bold and sporty contrast-stitching, and no flamboyant engine note. The split-textile seating in the mid-level XLE I tested felt comfortable and sensible but not lavish in any way. This is for people who are happy taking the understated route.

Nearly everything propulsion-related is carried over from the RAV4 Hybrid. Its 2.5-liter inline-4 engine is mated with Toyota’s planetary-gear-based two-motor hybrid system, with a third motor making 54 hp and exclusively powering the rear wheels. Altogether, it makes up to 219 horsepower. The only significant difference in what’s under the hood versus its RAV4 cousin is the use of a lithium-ion battery pack instead of the RAV4 Hybrid’s nickel metal hydride pack—the respective by-product of the Venza’s production in Japan and the RAV4 Hybrid’s production in Kentucky.

Toyota gives an official 0-60 mph time of 7.8 seconds for the RAV4 Hybrid, but it wouldn’t release one for the Venza. Based on a couple full-throttle launches with the Venza, it seemed at least as quick as that. As in the RAV4 Hybrid, the rear motor helps with stability and traction on launch, and when it’s needed for limited-traction conditions like snowy roads.

That brings us to one of the most noteworthy differences between the Venza and RAV4 Hybrid. While the RAV4 Hybrid has Trail Mode for light-duty off-roading—on the way to the campsite, for instance—the Venza’s all-wheel-drive system doesn’t include such a setting.

Carlike, and a comfort play

That could be why, even though the ride height of the Venza is about the same, the Venza felt tuned quite differently than the RAV4 Hybrid. On a choppy backroad, the Venza felt soft and carlike, soaking up the severe impacts but keeping the tires in contact with the road; there was certainly less secondary wallow than I’d noticed a few weeks earlier with the RAV4 Prime. Simply put, chassis engineers don’t have to make the same compromises to tune the suspension for the occasional rough stuff.

The +/- selectors from the shift lever also allow a reasonable amount of engine/regenerative braking through the system for backroads. And in most driving, I left the mode selector in Normal mode, as Sport mode tends to leave the engine on and Eco mode softens powertrain response to the extent that responsiveness becomes too rubber-band-like.

The highway ride of the Venza was a step quieter than either of the RAV4s I’d spent highway time in. The nicely hushed cabin felt quieter than a Camry inside and almost on par with Toyota’s plush, vaultlike Avalon, which could just as well carry a Lexus badge. The engine note seemed a step more distant than in the RAV4 Hybrid, and the test Venza XLE rode on low-rolling-resistance Bridgestone Ecopia H/L 422 Plus tires that might have helped keep road boom at bay.

The Venza is a mixed bag for interior space, and it doesn’t have nearly as much to do with the curvier roofline as you might expect.  It didn’t feel particularly spacious in the front seat zone—and that’s partly due to a wide center console and center stack that tends to make the driver and front passenger areas feel narrower than they should be. Likewise, the chunky dash communicates that you’re in a utility vehicle and doesn’t take on the lower-set layout we see in a lot of modern vehicles—like the latest Camry.

In back, don’t worry about the roofline taking away head room; it was easy for me, at  6-foot-6, to get in, although the seats feel a little lower than I’d prefer. You should however be concerned about the available Star Gaze panoramic roof, which allows you to go from clear to tinted glass in just seconds with the press of  button. It gobbles up more than two inches of head room for those in the back seat. Something about eating your cake.

While the dimensions for the Venza tell a story of disappearing space from the roofline and rear hatch’s slope—28.8 cubic feet, versus 37.5 in the RAV4, with the rear seats up in place—don’t be so concerned about that unless you heap things above window level.

I had the Venza for three days and didn’t warm up to the idiosyncrasies of the sometimes-sluggish capacitive buttons used in the center stack and an interface that feels scattershot at times. For instance, when a big diesel truck left a cloud of sooty smoke in front of me, I scrambled to find recirculation quickly. It’s not in the panel of capacitive buttons for climate, but up above in the touchscreen, requiring at least two presses to get to. Likewise, the heated seats were a mechanical button, next to the cupholders, where it seems like they’ll be doused with Slurpee at some point, while the controls for the cooled seats were up in that touch-screen panel.

The 2021 Toyota Venza costs at $33,645 for the base LE model, and all 2021 Venzas include automatic emergency braking with pedestrian and bicyclist detection, active lane control, and adaptive cruise control.

The Venza XLE I drove starts at $37,175, but the test vehicle had options including dual-zone automatic climate control, JBL premium audio, the larger 12.3-inch touchscreen, and the capacitive controls. Although itemized pricing hadn’t yet been released at the time of writing, I suspect my XLE costs close to the $40,975 price for the Limited, which adds those things as standard, plus synthetic leather upholstery, a heated steering wheel, and woodgrain trim, among other upgrades.

Give or take a few grand, you could get a RAV4 Prime plug-in hybrid for that money (if you can find one and avoid the markup).

It’s also Lexus NX300h money, Avalon Hybrid money, or fully loaded Camry Hybrid money. Your pick, and they all now get about 40 mpg.

No, I’m not trying to be so Toyota-centric. With this year’s arrival of the Honda CR-V Hybrid and a new Ford Escape Hybrid, shoppers now have a few other alternatives. But if you’re looking at fuel-efficient vehicles without a charge port, no other company offers the level of hybrid variety that Toyota does.

Toyota delivered a Venza to Portland so that I could bring you this first drive review.