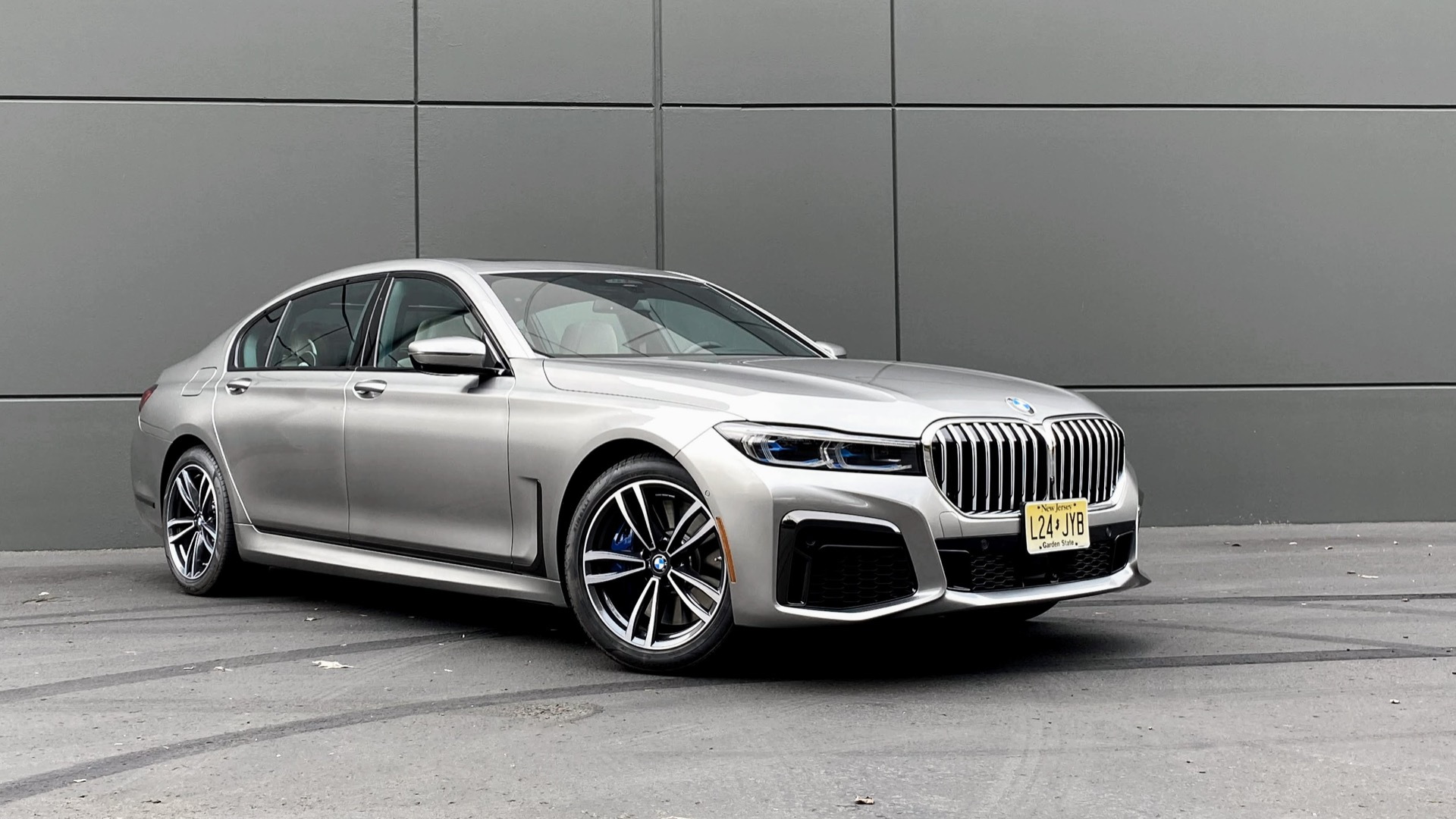 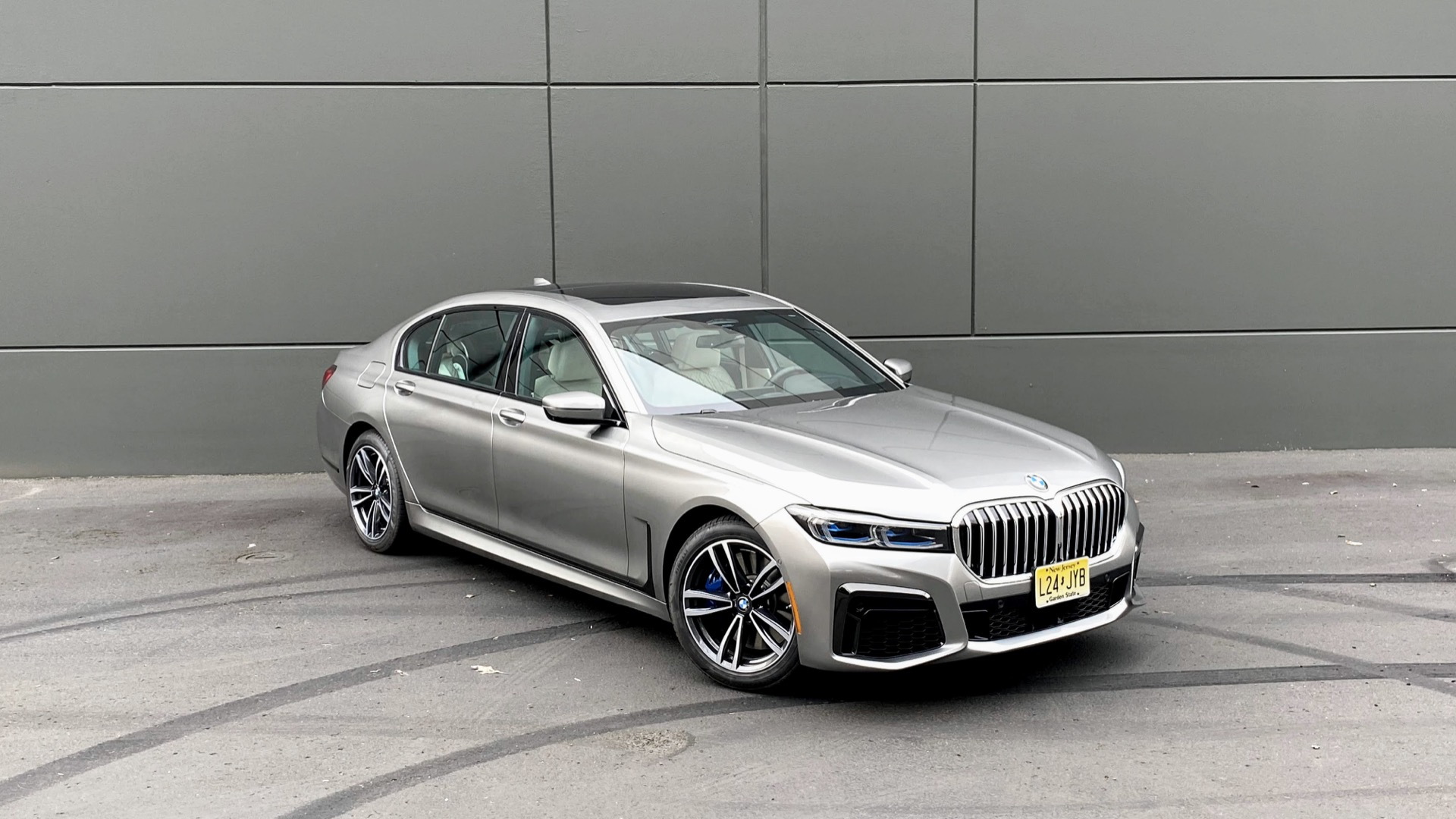 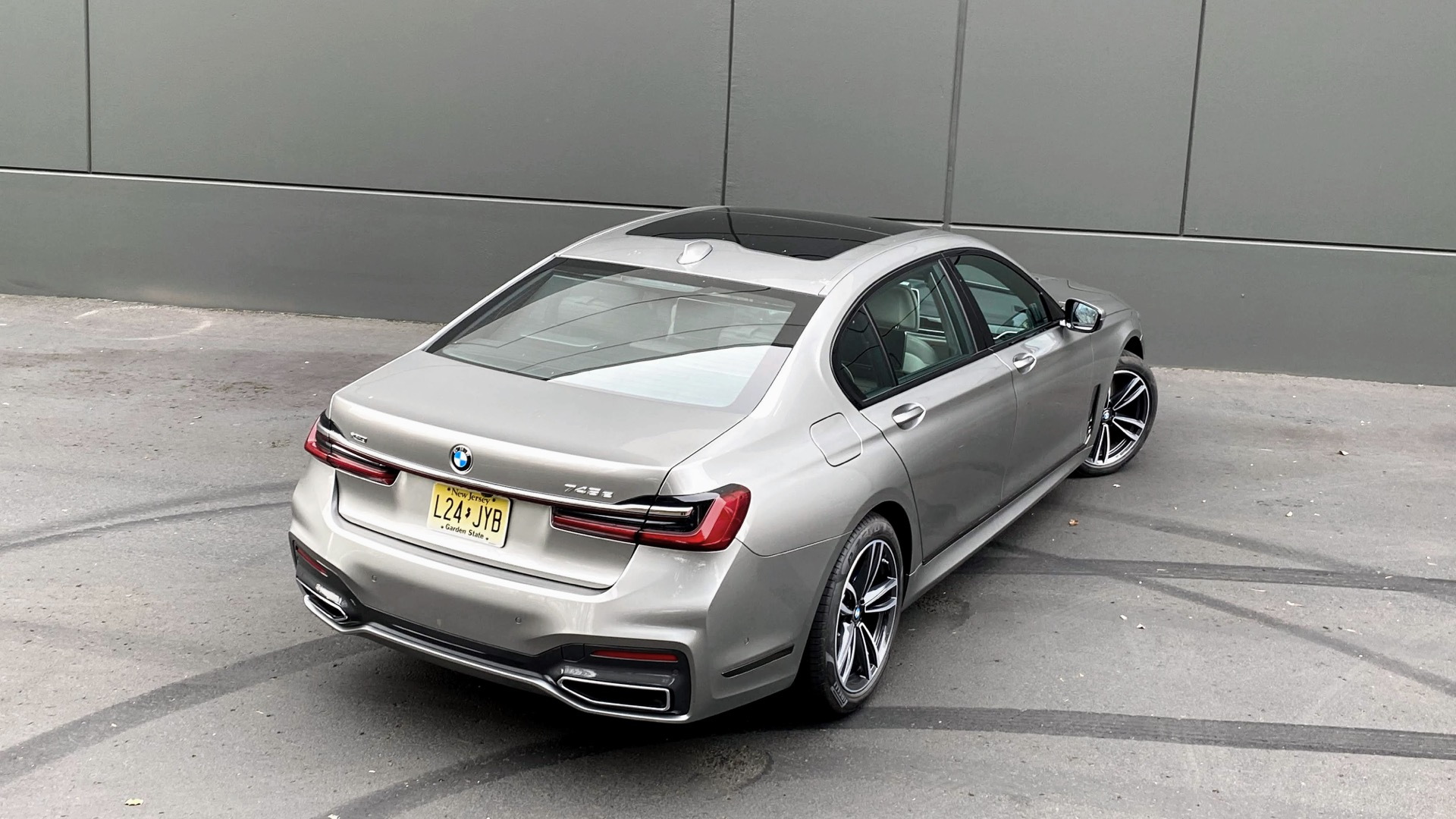 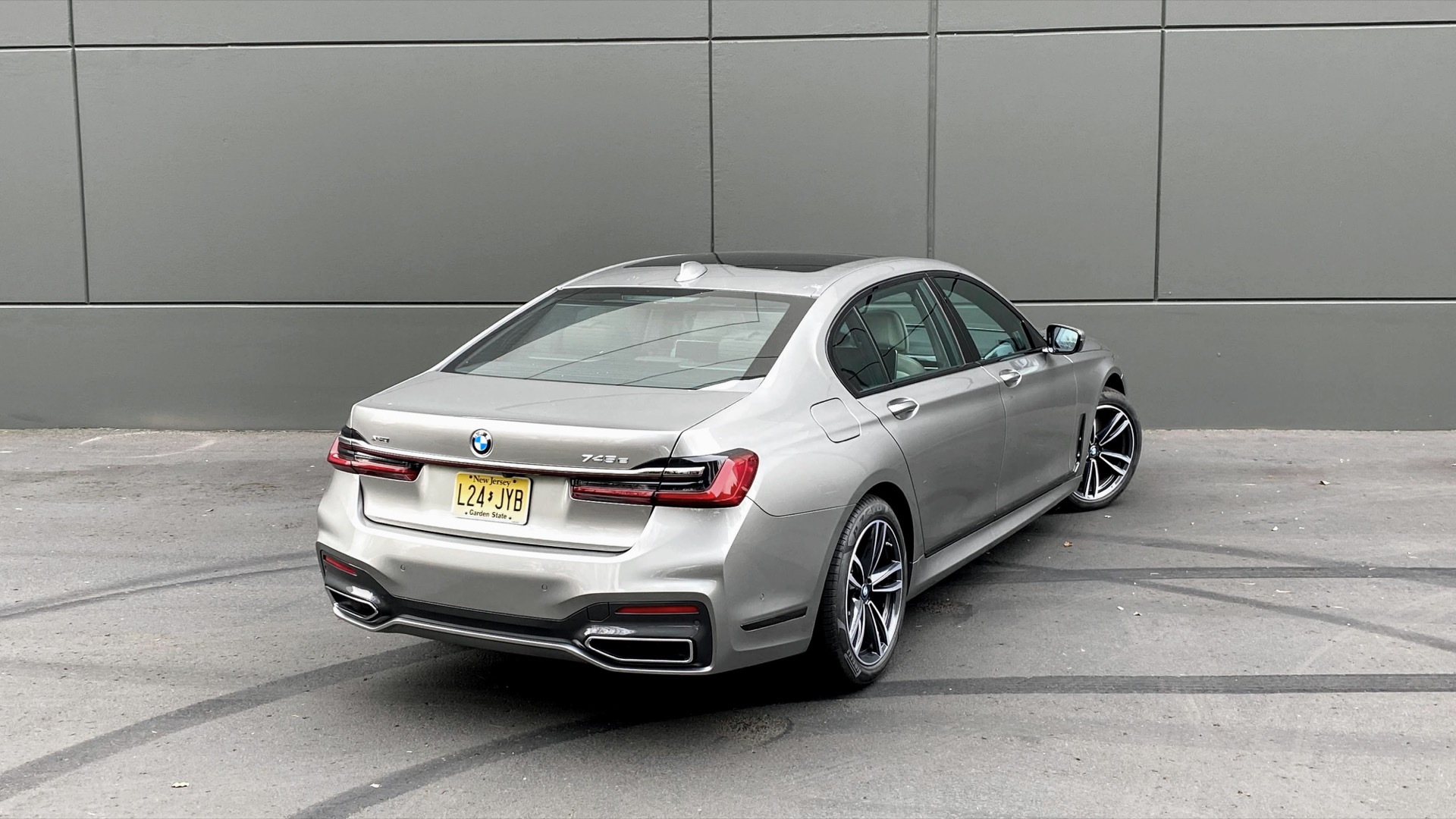 Sometimes it’s OK to acknowledge the elephant in the room and accept that as a starting point.

Here it is: This uber-luxurious 2020 BMW 7-Series plug-in hybrid I recently drove isn’t really any step forward in efficiency. It has a bigger internal combustion engine under its hood versus last year’s model—a big 3.0-liter inline-6, as opposed to a 2.0-liter inline-4.

But it seems BMW has refocused its plug-in hybrid priorities on improving two things: all-electric range and performance.

What it ends up, though, is a car that's more successful at the main aim of the 7-Series: being a flagship luxury car.

On the performance side, the 740e used the same electric output as the new 745e on the electric side of its hybridized powertrain—a maximum 111 horsepower and 195 pound-feet from the motor-generator. But it’s now placed between the stronger 280-hp inline-6 and an 8-speed automatic transmission. System-wide output is at 389 hp and 442 lb-ft, up from the previous model’s 322 hp and 389 lb-ft, and BMW has knocked about a half-second off the big sedan’s 0-60 mph time, which is less than five seconds.

The hybrid is only offered in all-wheel drive guise, with a mechanical system including a propshaft up to the front wheels.

With that, the first piece of information we really wanted to seek out in time with the 745e was how much electric range it has for commuting in real American driving conditions.

The answer: The 745e’s fully electric range comes a lot closer to its EPA rating than most plug-in hybrids. After three full charges of the 745e, I covered 14.1, 15.2, and 11.8 miles in fully electric mode, none of them especially gentle or eco-minded.

The first two results were in a mix of urban and stop-and-go boulevard conditions and multiple errands, with a small amount of highway driving on the first charge. The third charge—the one with the lowest range—included about two miles of the same sort of driving, followed by gentle highway driving at 50-70 mph. During all three electric drives I kept the climate control on, with outside temperatures of 46 to 49 degrees.

Those 16 miles—if you’re very mindful, and blessed with mild weather—still aren’t enough for many U.S. commutes, though. After that the 745e slips flawlessly into hybrid mode with the inline-6 almost undetectable at first if you’re just cruising along. And if you happen to be accelerating when the car slips over to hybrid mode, it’s still smooth-sounding. That transition is the single most important difference calling out this remake—night-and-day different than the way the inline-4 would fire up in the 740e, with an unexpected coarse moment interrupting the whole car’s reason for being.

So next we went to do an errand in a far-out suburb, with mostly highway driving plus a few miles of city streets. After 73.1 miles running in hybrid mode—with 5.6 miles of that electric—the trip computer said that I’d averaged 28.7 mpg. That beats the 745e’s 22 mpg combined rating as a hybrid.

Another mode, called Battery Control, lets you set a percentage value for the state of charge that you want the system to charge back up to while you’re driving. I tested that mode too, and there the 745e gained 3 miles of range in about 20 minutes. During that particular drive, during gentle boulevard and highway driving, it averaged 19.5 mpg.

With a 3.7-kwh onboard charger, the pack takes about 4.5 hours officially to recharge on a Level 2 connector, although we saw times in the range of 3.5 to 4 hours for the two charges when we were keeping track.

At the top of the gauge cluster is a sweeping power dial that makes you ever-conscious that the electric side is seen as the weaker side of the powertrain equation. In electric mode you have 0-40% to work with, and it’s better than most plug-in hybrids at staying all-electric when you want it to be. It stays there until you hit an accelerator detent.

That amount of electric propulsion is enough for reasonably confident launches from a standing start and cruising up to highway speeds, although keeping in electric mode means leisurely acceleration to get there. In the 745e’s default automatic mode, a strong press of the accelerator will start the engine. Once you select the Electric mode you get “maximum electric driving,” and the internal combustion engine saved for an accelerator detent—basically, flooring it.

In Electric mode, that top end for electric motor power is 40%, but once in hybrid mode the transition drops to 30%.

The missing mode we haven’t yet discussed is Sport. It sharpened all of the driver inputs and made the six fire up nearly all the time. In sportier driving, I appreciated how this is one of the few plug-in hybrids that allows a measurable (albeit still small) amount of regenerative braking when you lift off the gas—not just when pressing the well-coordinated brake pedal.

Pushing the 745e through a tight zigzagging backroad reminded us that the 7-Series is smooth and serene above all else. It’s not a sport sedan.

Above all else: the luxury car

Front seats offer massage, warming, cooling, and ventilation, as well as thigh extensions to support the lankiest basketball players. This is quite possibly the best car at any size and price for the long-legged. But in back, there’s about as much space and support, and the Luxury Rear Seating package offered massage, heating, cooling, and recline—as well as adjustable cushions—to rear passengers.

With that plus four-zone heating controls and two large entertainment screens—not just dummy entertainment systems, but screens that tap into the main audio system—this gives the two outboard passengers in the back seat top-notch comfort and entertainment options. And front or back, the interior stays whisper-quiet at 80 mph.

We’ve found the wireless version of CarPlay permitted in BMWs to be flawless; and the Bower & Wilkins sound system was superb—robust but not overly bassy. The car had its own wi-fi hotspot, plus wireless charging for devices.

From the outside, it’s hard to spot this as a plug-in—other than the badging, the charge port door in front of the driver’s door, and some subtle blue trim. One thing that’s hard to ignore is the massive grille given with this year's refresh to the 7-Series lineup. While it certainly doesn’t fit the mission as well as the big X7 SUV, and feels like a garish intro to what’s otherwise such a tasteful, tempered sedan design, it’s growing on us.

Whether it all makes sense together depends on you

The 745e’s closest rival right now probably is the Volvo S90 T8 eAWD. Given the short drive I had in the Volvo, I never expected to be calling that the sportier of the two. BMW has other plug-in hybrids at present—of the X3 and the 5-Series now, with a 3-Series plug-in hybrid on the way for 2021.

We’ve seen the role of plug-in hybrids in Europe. In Germany, for instance, they allow creeping along in electric mode in urban centers, then storming along at 140 mph or more (top speed is 155 mph) on unrestricted stretches of Autobahn.

In the U.S. the argument for plug-in hybrids is a little more complex and nuanced, for the most part, and our vast suburbs probably make us better-suited for long-range electric cars in this format than PHEVs.

Coincidentally, BMW just announced, since the time we had this car, that it will build a fully electric 7-Series.

After a week alternately crushing hard over the 745e’s plush interior and its mother lode of luxury features, and feeling frustrated over the lack of commitment in what’s under the hood, I can see how some shoppers aren’t going to see this 7 as the one that makes sacrifices, but the best one—the one that throws the whole kit and kaboodle into the future.