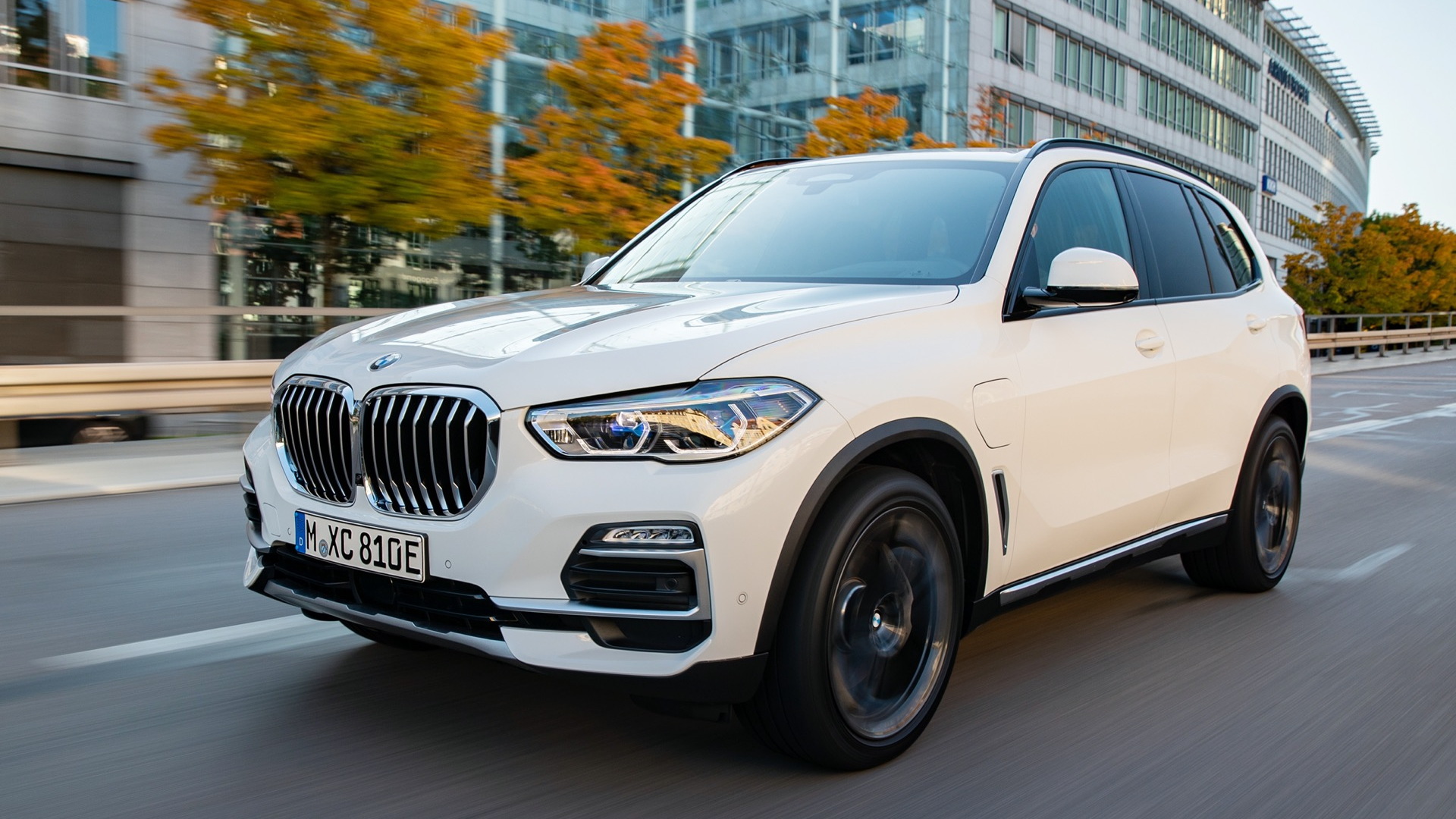 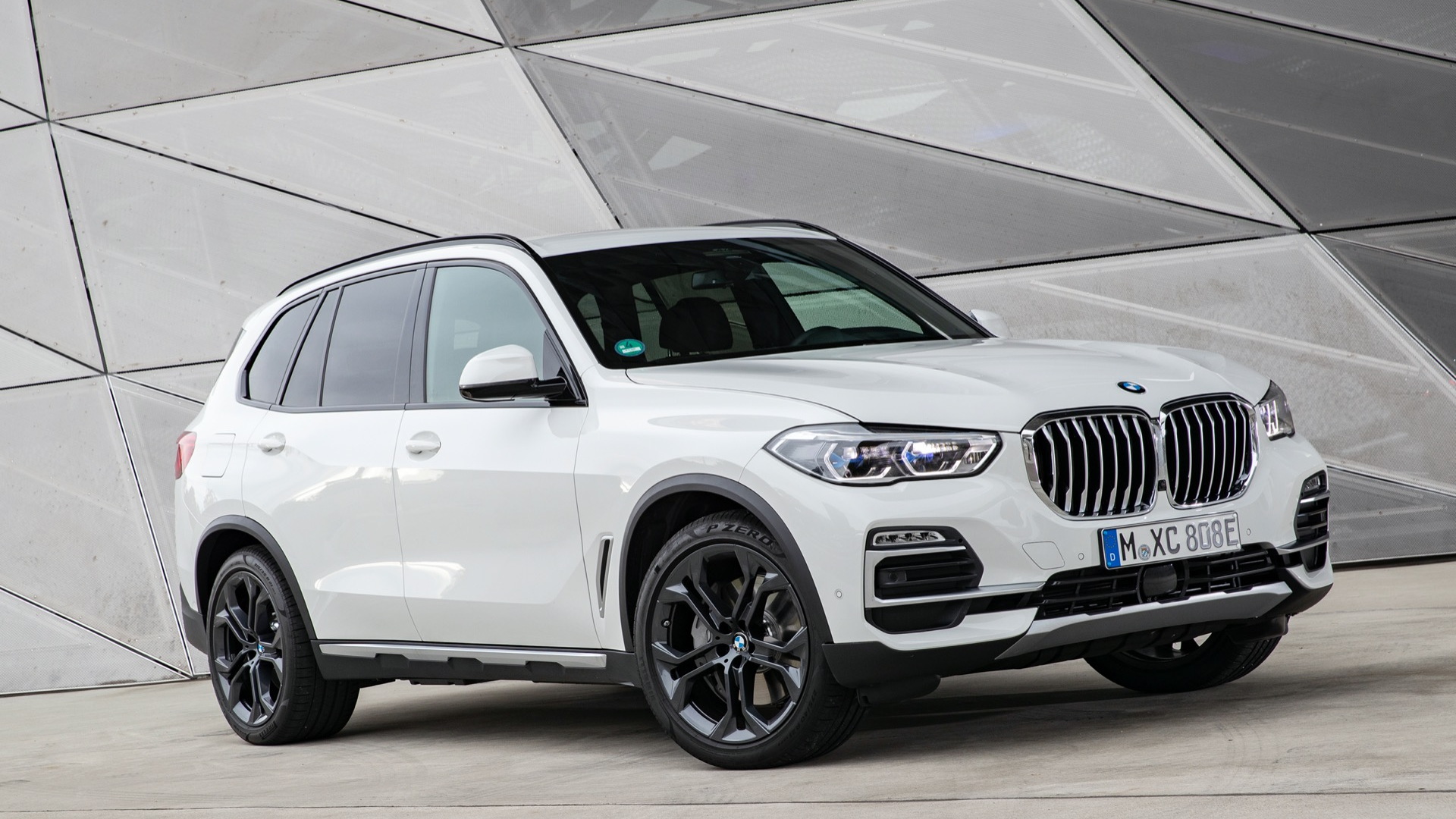 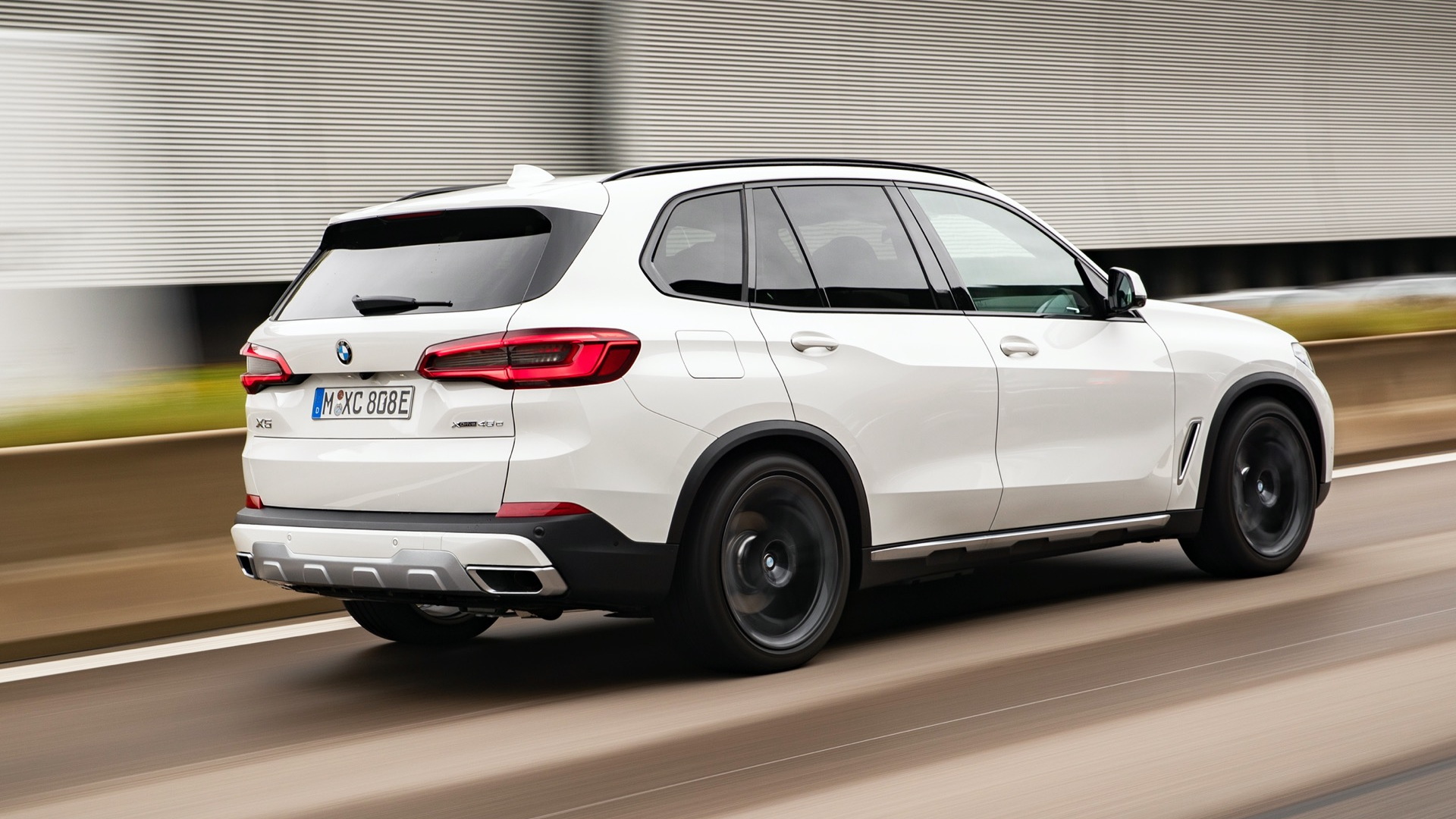 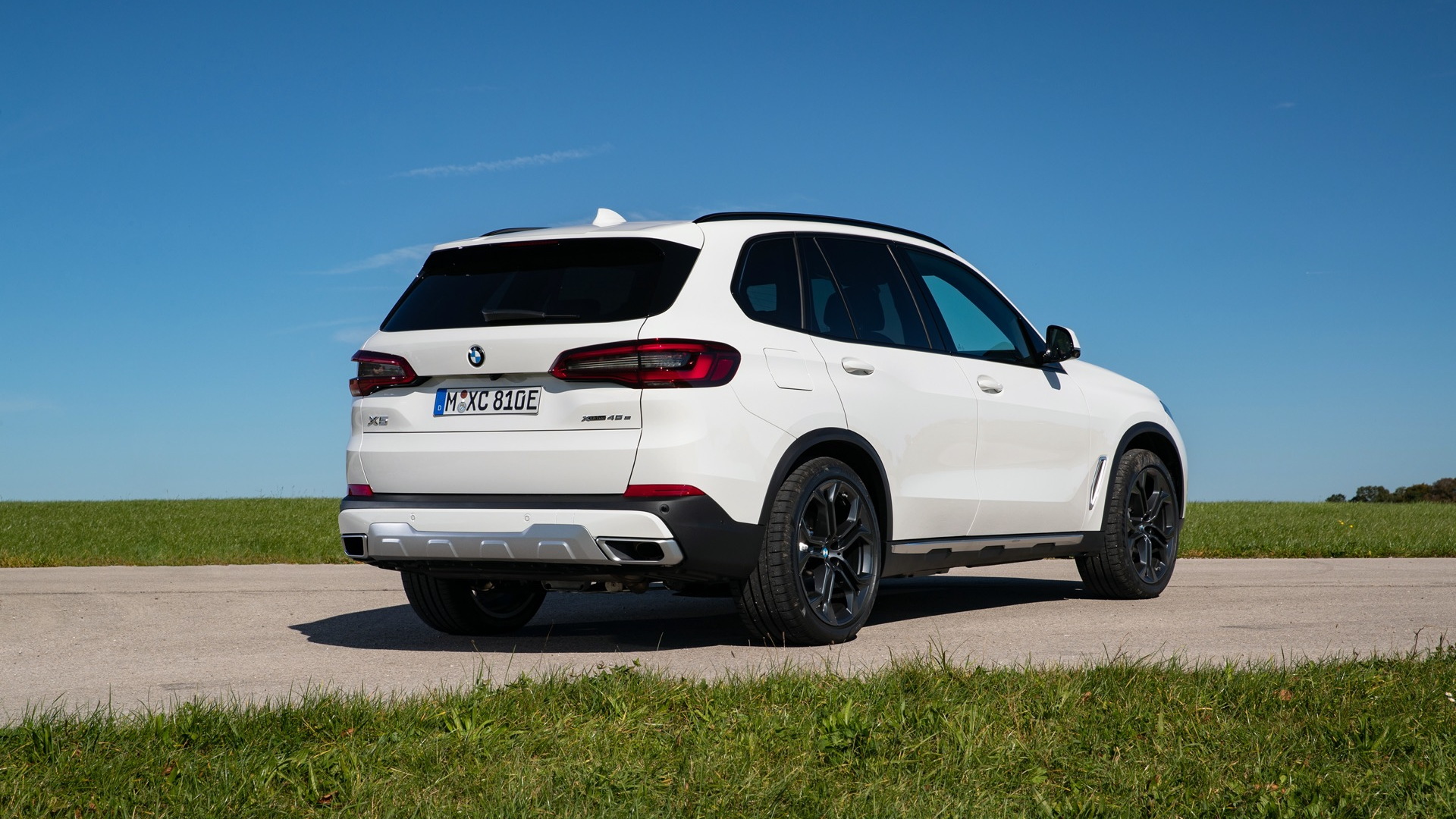 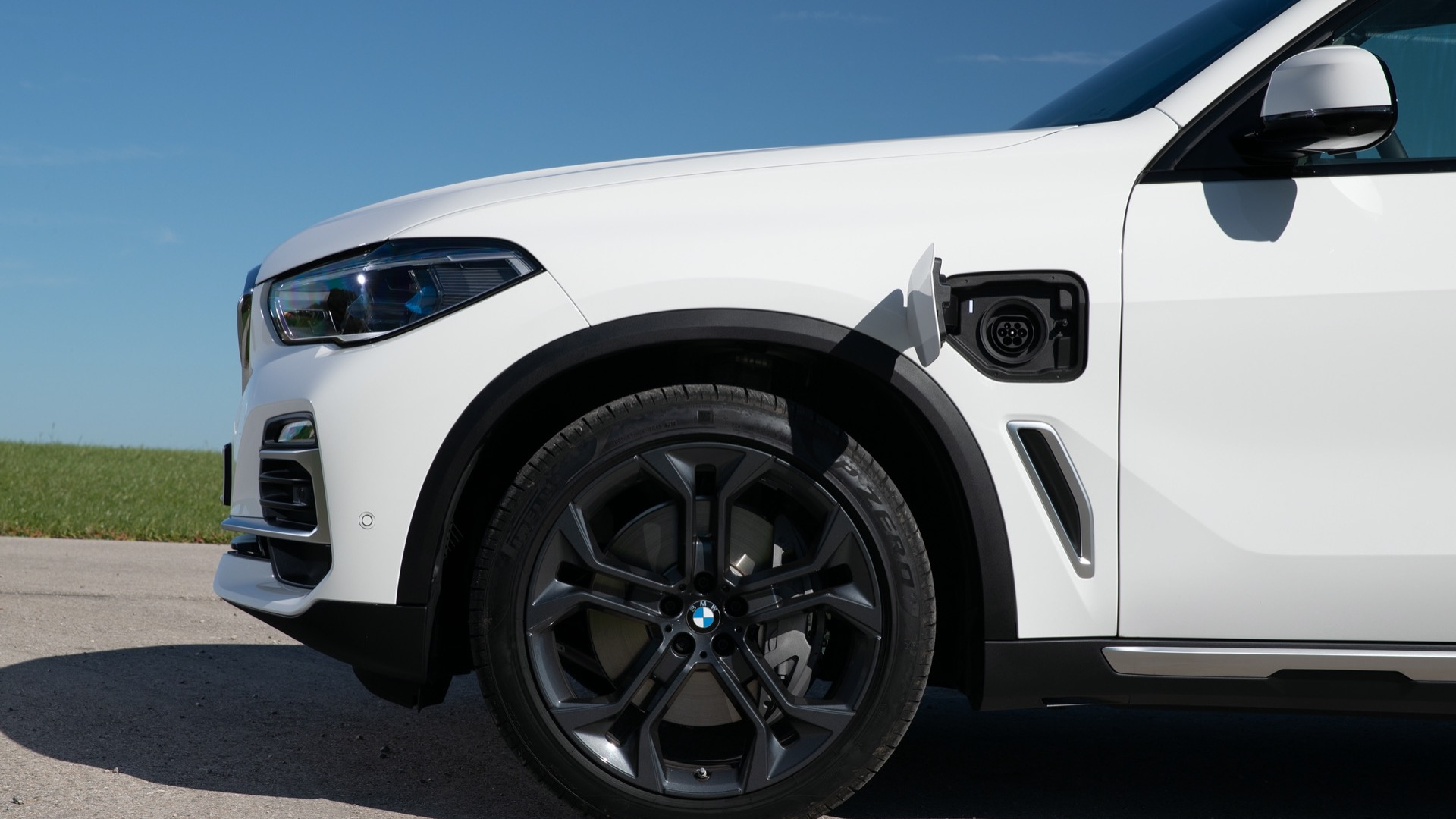 The 2021 BMW X5 xDrive 45e is the second generation of the German automaker's mid-size plug-in hybrid SUV. Unveiled Wednesday for the U.S., it gets more than double the electric range of its predecessor, but also boasts more power.

Estimated EPA range will increase to 30 miles, up from 14 miles for the previous-generation X5 plug-in hybrid.

That's due in large part to a bigger, 24-kilowatt-hour, battery pack. That's huge for a plug-in hybrid (the previous-generation model had a 12-kWh pack), and the same size as the battery pack in the original Nissan Leaf.

Power is up significantly from the previous-generation X5 plug-in hybrid. Total system output is 389 horsepower and 443 pound-feet of torque, increases of 81 hp and 111 lb-ft.

Running on both gasoline and electric power, the X5 will do 0-60 mph in 5.3 seconds, which is 1.2 seconds quicker than before, according to BMW. The automaker also quoted a maximum tow rating of 7,200 pounds, when equipped with the optional factory-installed hitch.

The two-pronged focus on improving acceleration while also allowing more electric range is shared with BMW's other new plug-in hybrids.

The question remains whether the X5 will get better gas mileage than a non-hybrid, especially if owners don't reliably charge it.

Like the X5, the 330e plug-in hybrid sedan revealed in late March sports more electric range than its predecessor—but also worse mpg than a non-hybrid 3-Series.

However, in a recent first drive of the 2020 BMW 754e plug-in hybrid, we saw better than the EPA-rated fuel economy.