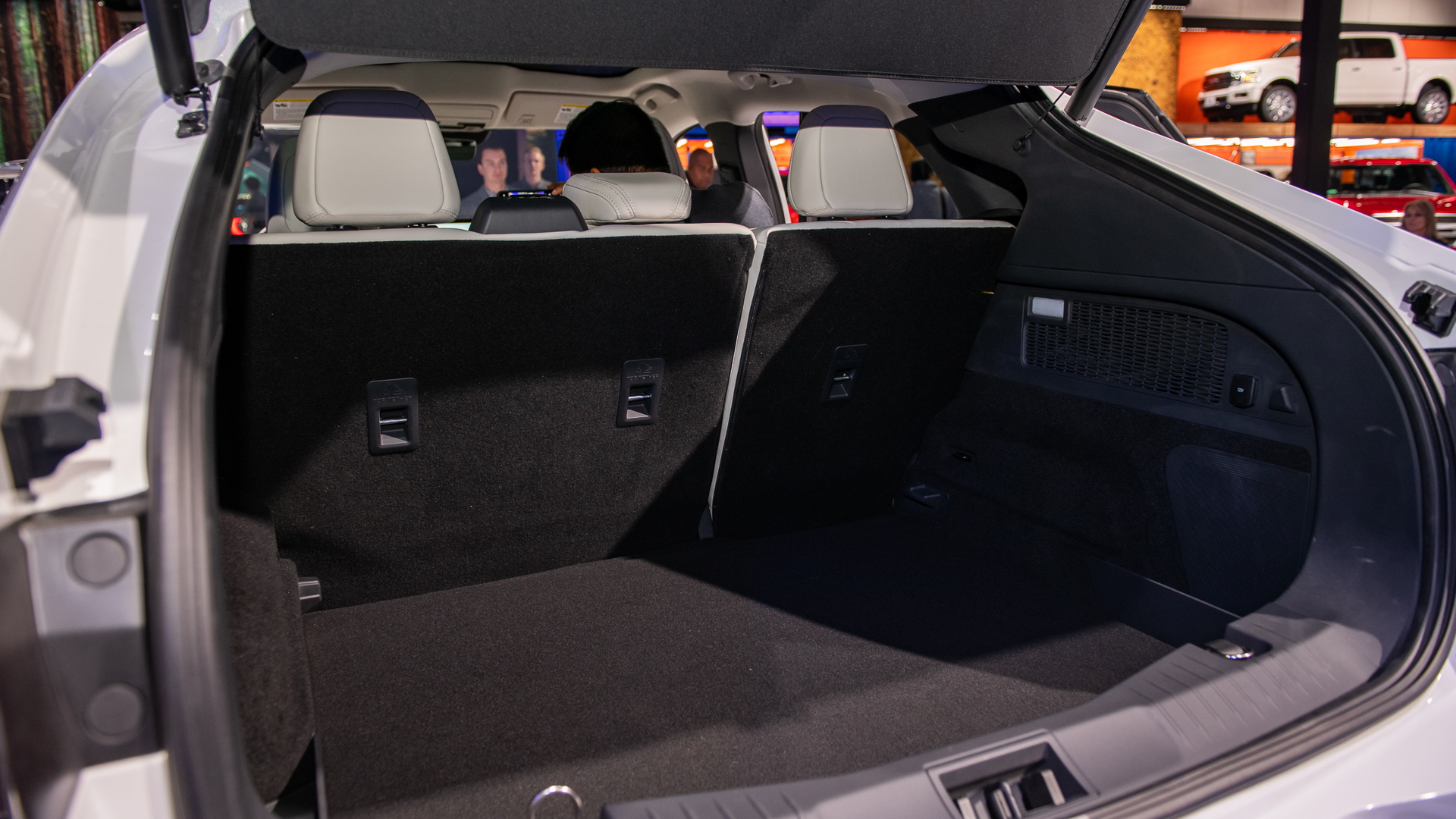 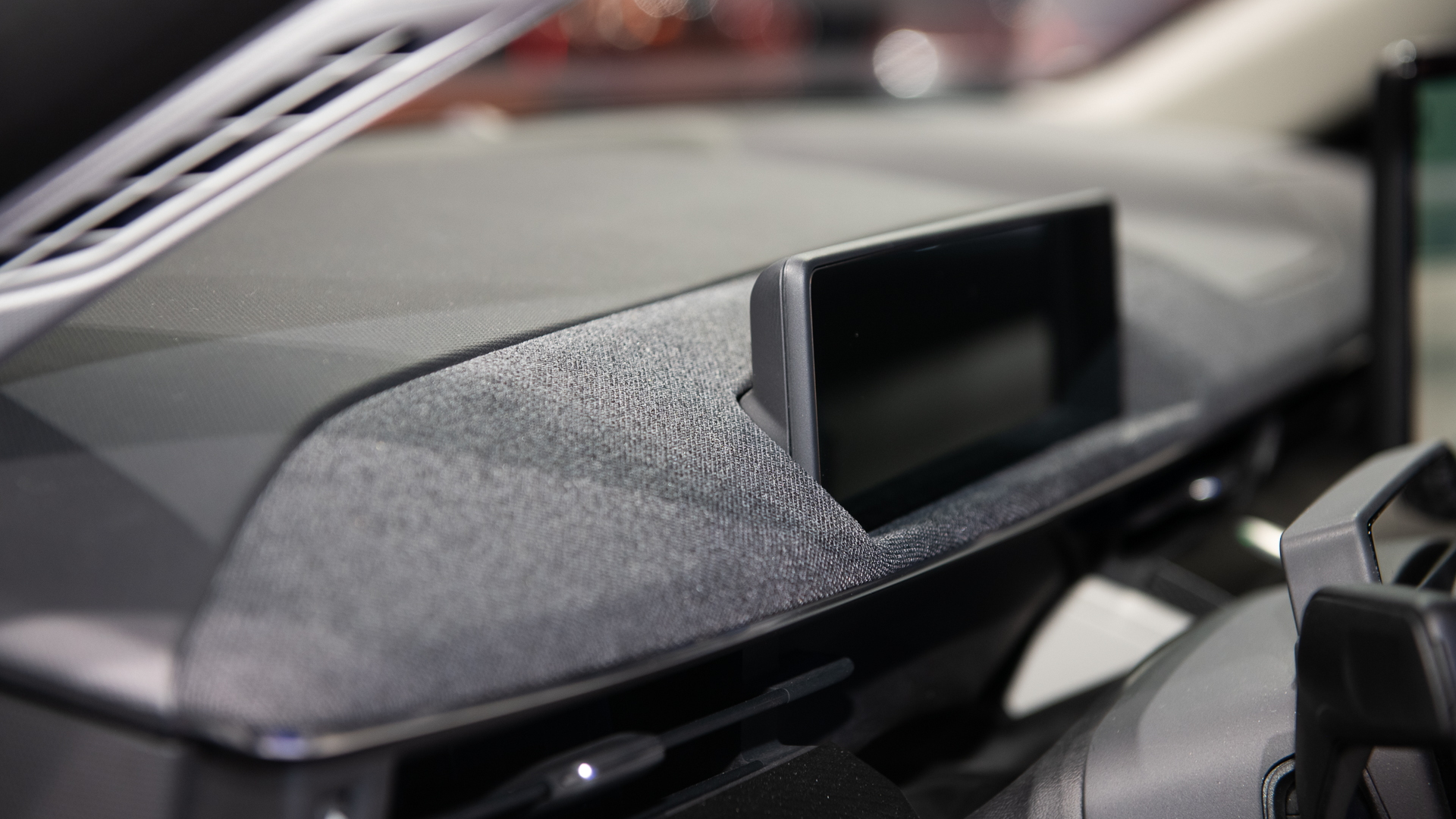 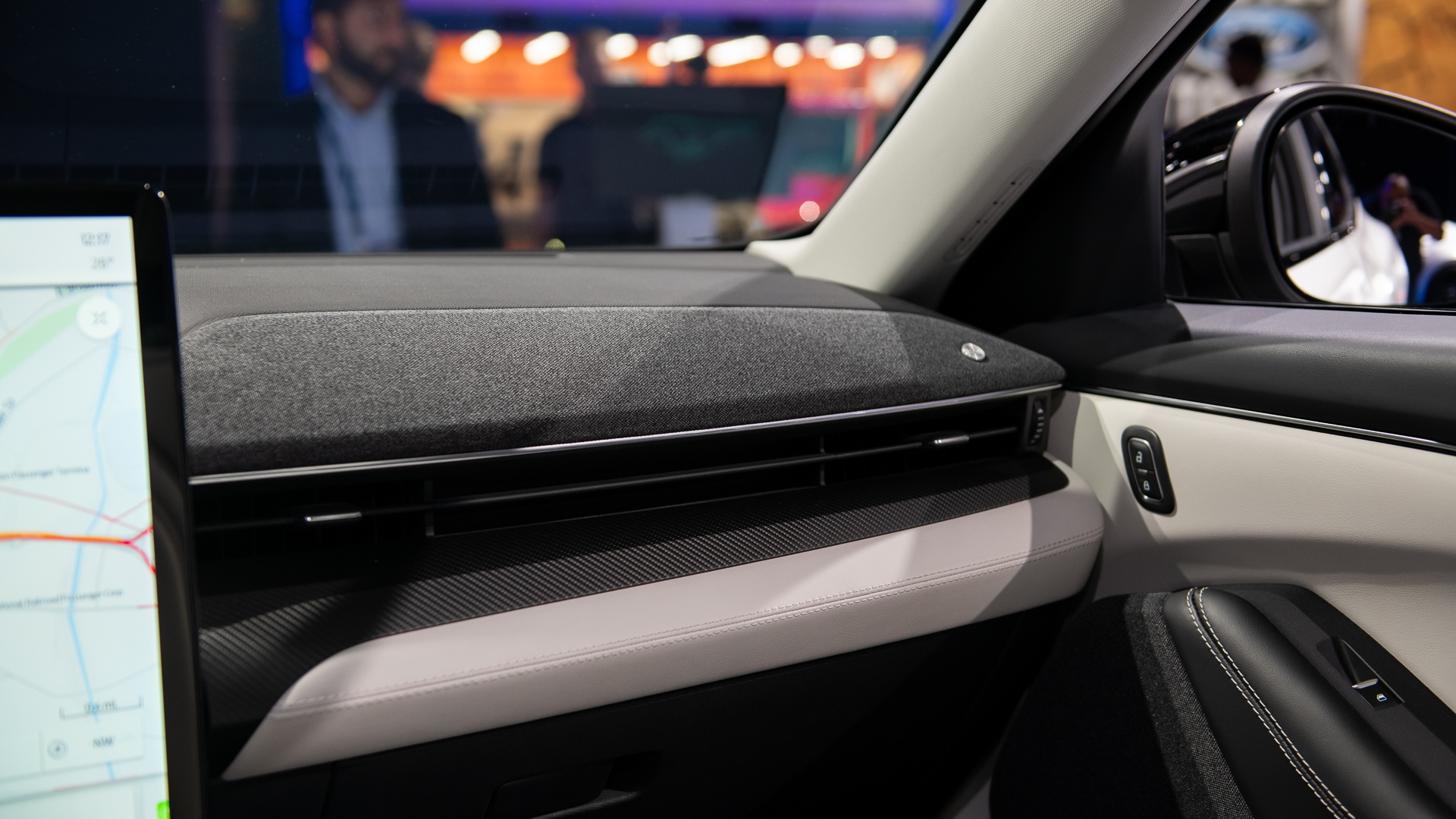 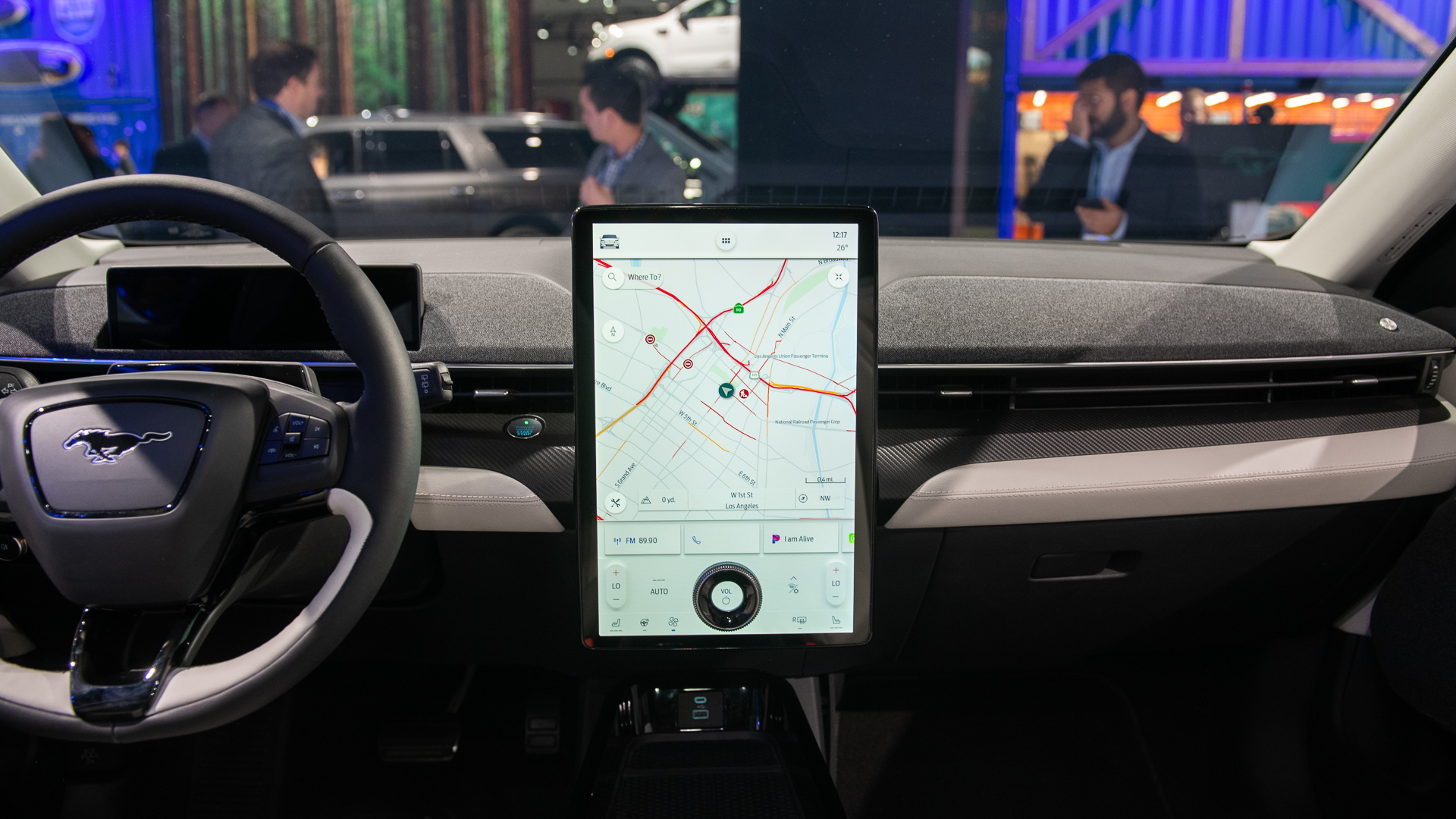 The 2021 Ford Mustang Mach-E is likely the car that will dominate coverage of the LA auto show, which opens to the public on Friday. Quite a lot of information about Ford’s new electric SUV has already been released, especially for a car that won't be delivered until next fall.

Still, we learned several things that surprised us about the 2021 Mach-E. They came during a technical briefing held for media last month at Ford’s Dearborn headquarters, and a comprehensive background presentation last Friday before Sunday night’s big global reveal.

Since the news that Ford’s so-called “Mustang-inspired” EV would be called a Mustang, a mix of dismay, outrage, and fury from diehard fans of the original pony car has filled social media. Some seem to have missed that fact this is an addition to the Mustang family, not a replacement for the two-door coupe it’s been since 1964.

But Ford stressed in its presentations that it didn’t take the step lightly. The goal was to take a “meh” compliance car and make it exciting, give it good performance, and turn it into something that people might want to buy.

To that end, not only was the platform lengthened and re-engineered—including a switch from front-wheel to rear-wheel drive—but the styling gained the long hood, haunches, and fastback roofline of a Mustang.

Then Mustang chassis engineers, including many from Ford’s racing efforts, were charged with tuning the suspension to bring the handling up to that of a Mustang—including the option of Magnaride on the GT model. Acceleration, braking, and a host of other factors were modified to give the car equivalent performance to a mid-level Mustang. And there’s more performance to come, Ford hints.

Early indications from a 10-minute ride in a prototype Mach-E are encouraging. As always, we'll wait until we get our hands on one for an extended period before rendering any verdicts.

We know from experience fans of any iconic vehicle complain when it changes. Take, for instance, the howling when the Dodge Charger name was resurrected not for a performance coupe but a four-door performance sedan. That’s died down entirely now.

On the other hand, Ford offered a four-door Thunderbird at one point, and that one didn’t go over at all. Time and sales will tell whether the added Mustang model proves beneficial, irrelevant, or outright damaging to the model name.

Ford says buyers will be able to put down a $500 online deposit to reserve a Mach-E. Not terribly surprising. But, it says, they’ll also be able to specify the car, place the order, and pay for it online as well. Just like … well, Tesla.

Journalists at Ford’s briefings peppered the sales executives with questions about how that would work with state franchise laws that require all vehicle sales to be transacted with independently owned franchised dealers. They said only, “We’re discussing that with our dealers,” and they said it over and over.

Meanwhile, at least two users of social media posted accounts of speaking to local dealers and being explicitly discouraged from reserving a Mach-E. One told the buyer “not to waste their money” and the other said not to consider an EV because there was always a risk it would burst into flames while driving.

Until we get confirmation that multiple buyers in multiple states have bought Mach-Es next fall and done the whole process entirely online, with the cars delivered to their doors … we will remain skeptical.

(3) It echoes Tesla in several ways

From the purported online purchase process to the names of the two battery options—Standard Range and Extended Range—there seem to be a lot of Tesla echoes in the Mustang Mach-E electric SUV. Its interior also features a large tablet-style screen in the center of a very simple, horizontal dash, just like the Model S and Model X.

We don’t agree that the Mach-E design is a ripoff of the Tesla Model 3—or Model Y, or the Jaguar I-Pace—as various commentators suggest. To do what’s effectively a “coupe SUV,” with a low, sleek roofline, you have to end up with a similar shape. But all three of those other cars have low, short, truncated noses ahead of the windshield, while the hood of the Mach-E has the length and proportions of a vehicle with a V-8 engine. To our eyes, that alone differentiates it substantially.

Still, perhaps feeling the need to downplay any elements they’d adapted, Ford execs took a few swipes at Tesla without ever naming it. Those included stressing the presence of hard knobs on the dashboard, suggesting users didn’t want to do everything on a central touchscreen (a la Model 3), and noting the relatively paucity of service outlets “for other vehicles” in some areas.

(4) It has two battery options

Ford long ago promised that the Mach-E would offer 300 miles of range, which it projects will be achieved by the California Route 1 version with rear-wheel drive and the 98.8-kilowatt-hour Extended Range battery pack.

It’s hardly unknown for EV makers to offer more than one battery option. But Ford has baked in that choice right up front, and it might not be a shock to see additional options at some point—assuming the energy density of battery cells continues to improve as it has over the last 10 years.

(5) The Mach-E may not be a compliance car

We give Ford great credit for using the term “compliance car” in its presentations, and underscoring the desire that its new electric SUV not be one. One executive even included the company’s previous, uncompetitive Ford Focus Electric among examples of compliance cars.

But in the end, what determines a compliance car is failure on a test posed many years ago by longtime EV advocate Chelsea Sexton: “Is the vehicle marketed, stocked, and competently sold in all 50 states, at volume?"

Ford’s ability to market the Mach-E (beyond squealing-tire shots) and explain electric cars to novices remains to be proven. It will be a 50-state car, we know. It won’t be sold by all dealers—the number is about 2,000 out of the 3,000 U.S. total. Competence in sales depends on whether the electric Mustang is sold entirely online or whether buyers are forced to visit a dealership at some point in the process. If so, at least some of those dealers are likely to fall down on the job.

It’s the final issue—“at volume”—that remains most in doubt. Ford resolutely declined to say anything at all about projected volumes. From a few factoids and hints gathered here and there, we’re now working to answer that question. Stay tuned.