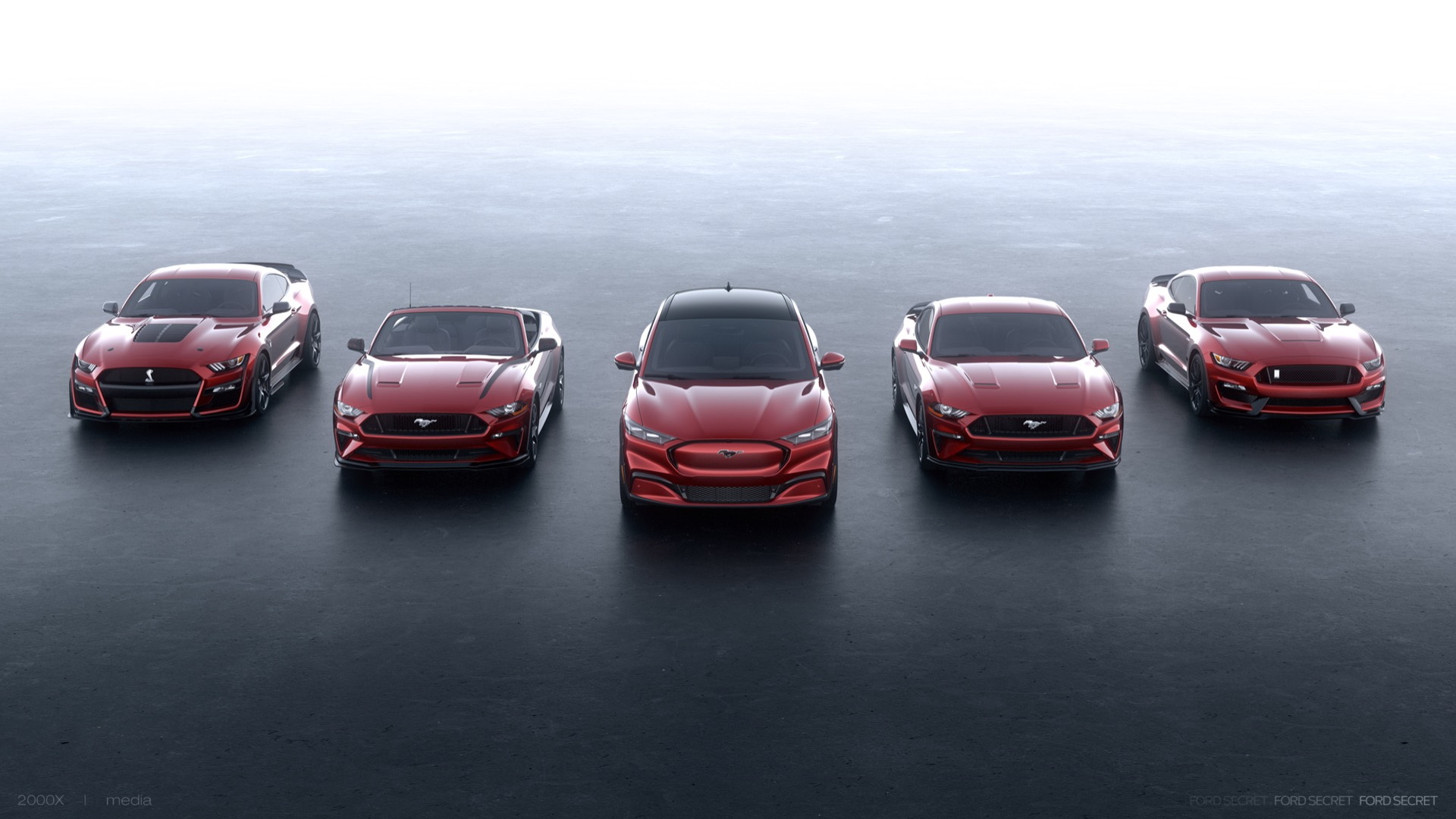 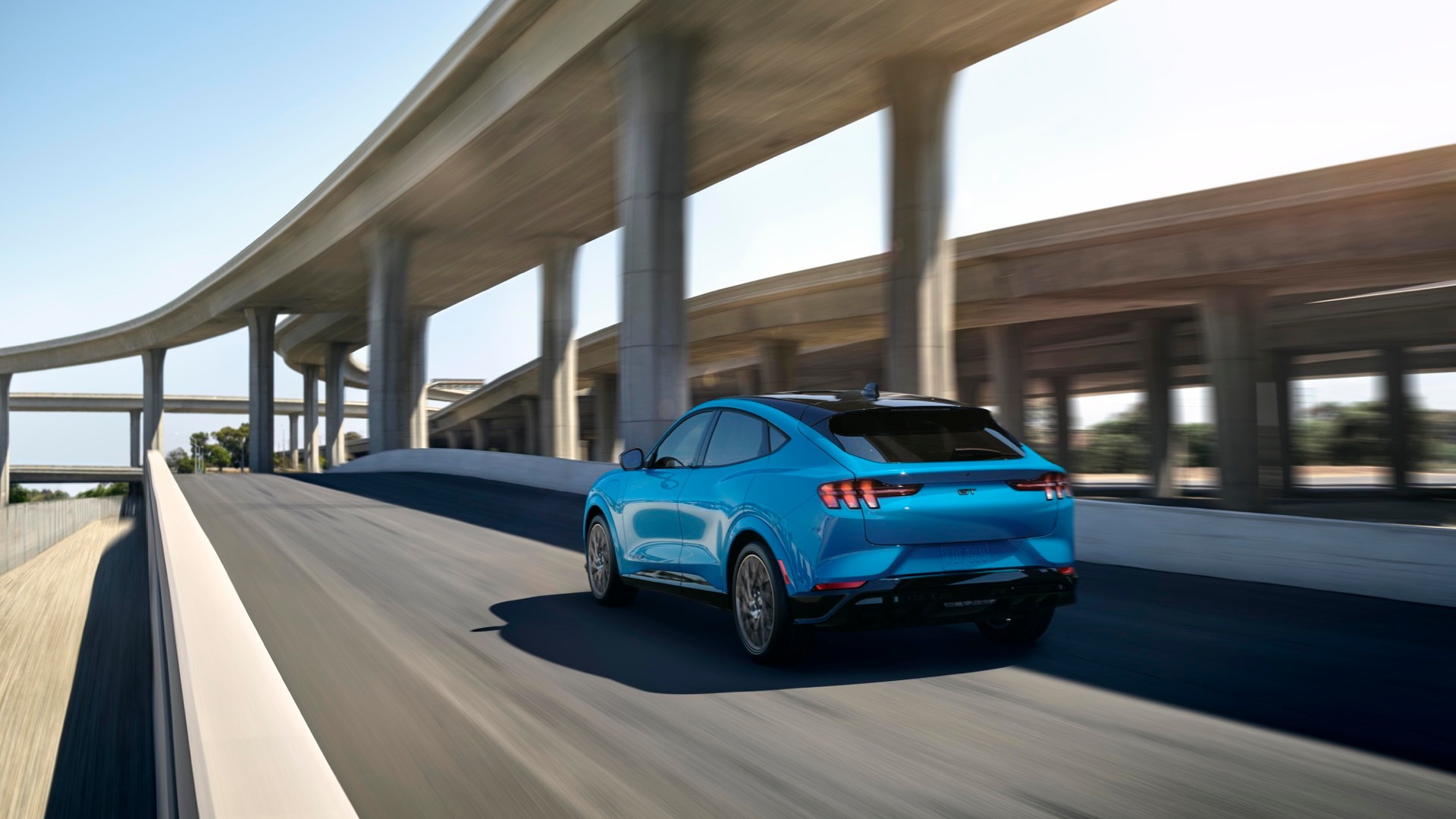 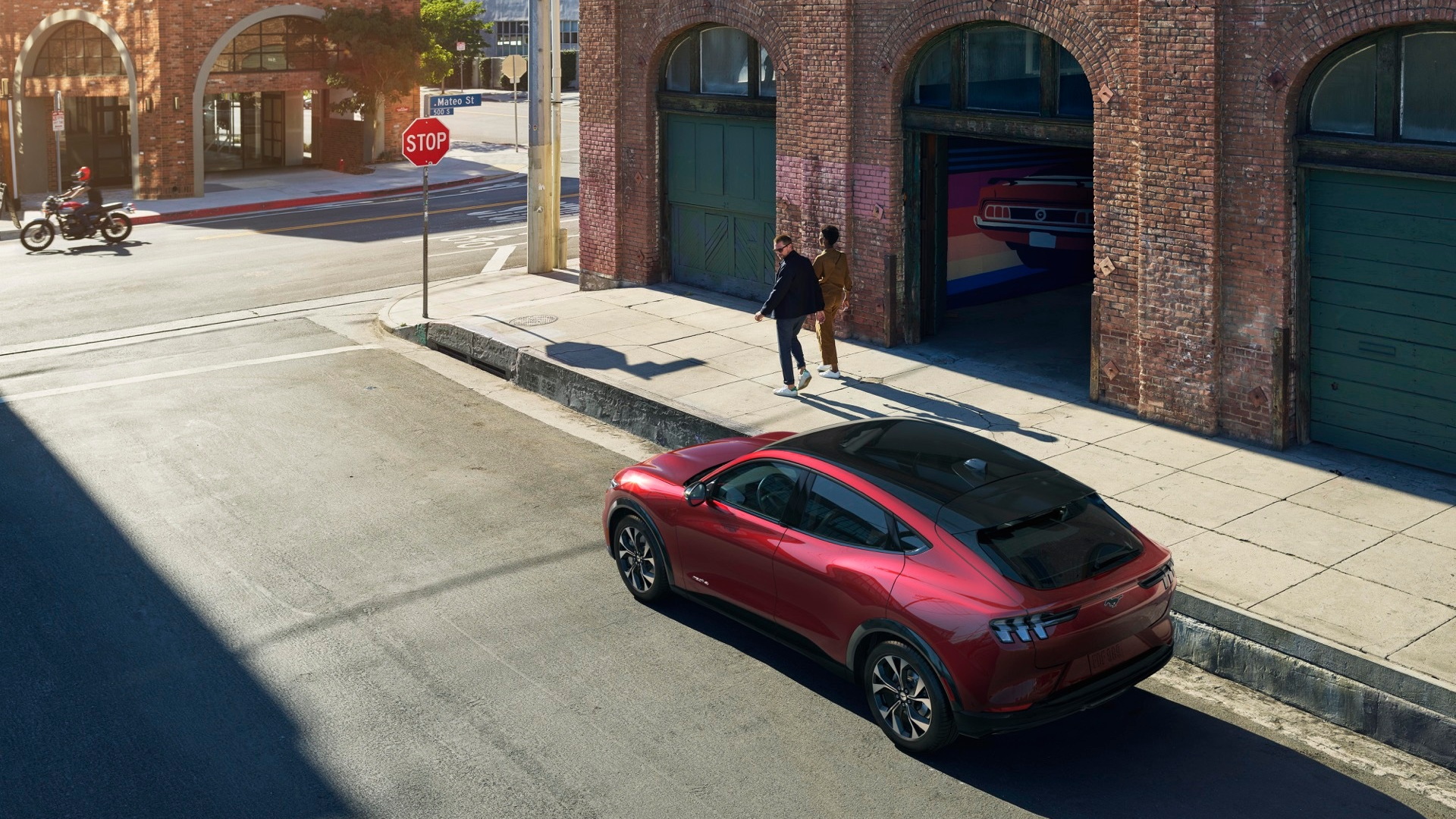 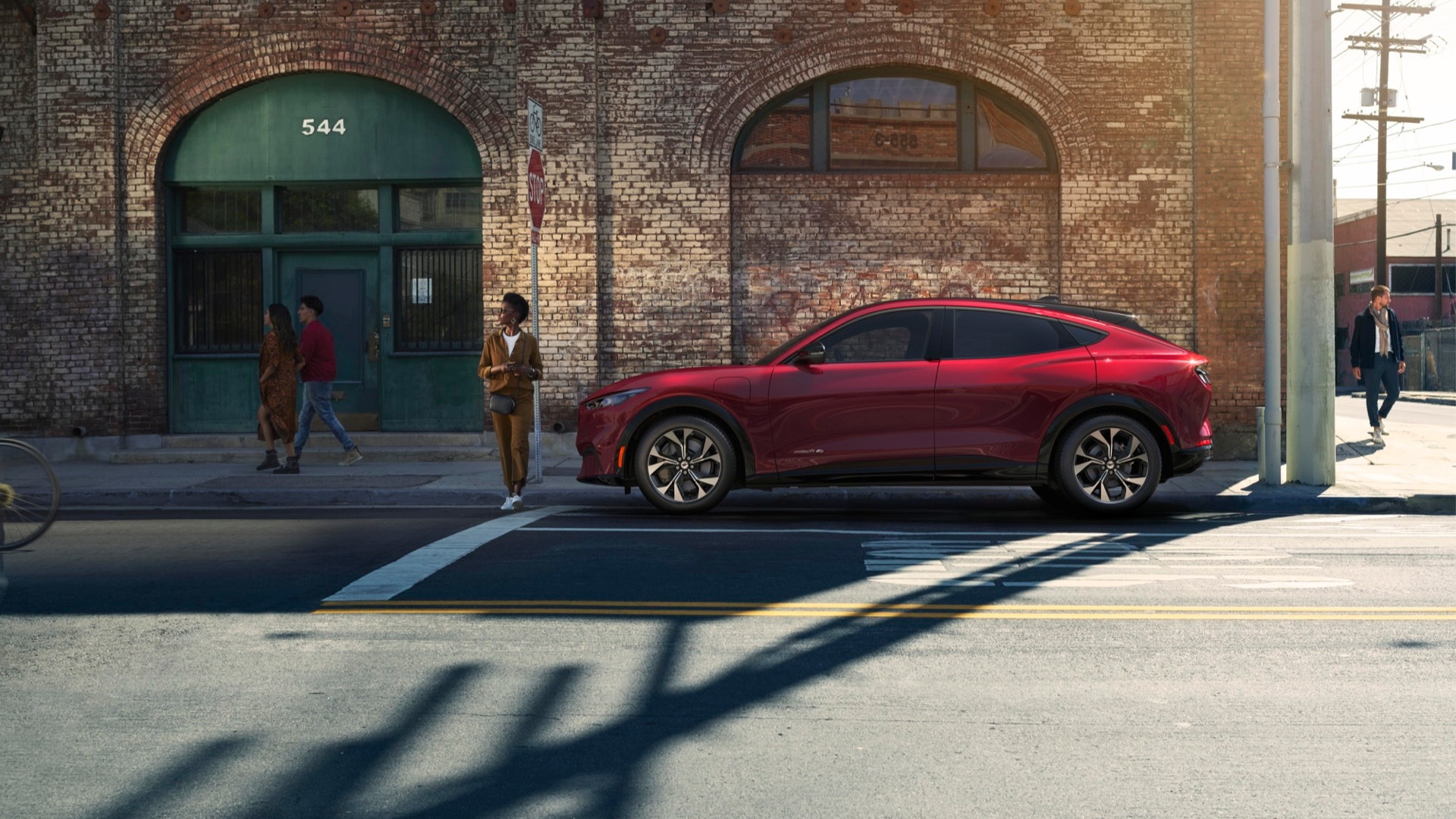 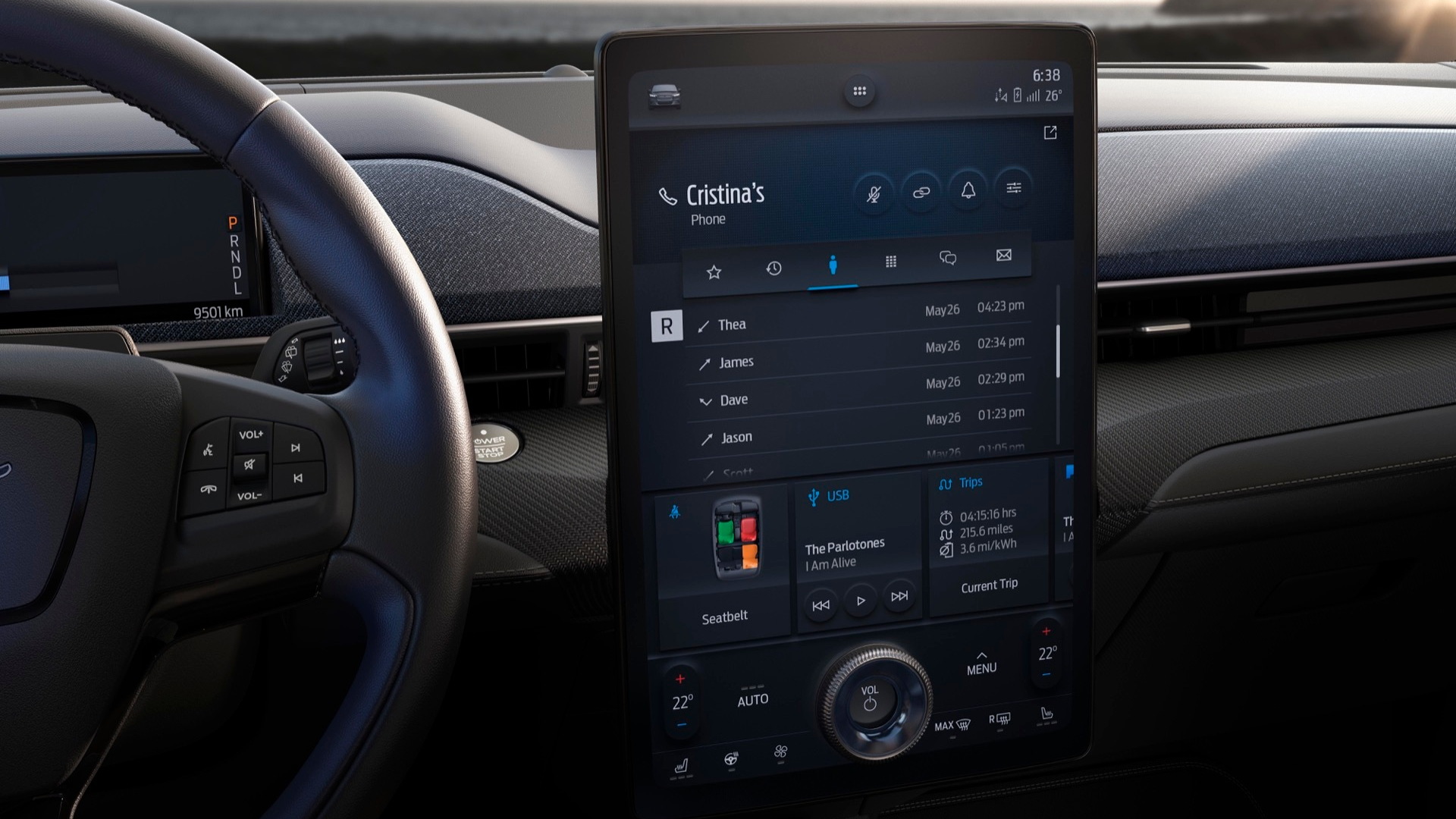 In presentations before and during the launch of the 2021 Ford Mustang Mach-E, the company said several times that the electric SUV that expands its pony-car range wasn’t a compliance car.

Those are defined as low-volume electric cars, sold only in minimal volumes to meet regulatory requirements, and generally resented and downplayed by their makers.

To ascertain the truth of Ford’s claim about the Mach-E, we will borrow the words of longtime EV advocate Chelsea Sexton. It’s not a compliance car, she suggests, if the vehicle is marketed, stocked, and competently sold in all 50 states, at volume.

Mach-E is definitely a 50-state car, according to Ford. But what constitutes volume? Ford sold only about 1,000 Focus Electrics a year for almost a decade. That was clearly a compliance car.

As it turns out, Ford has offered various bits of information to answer that question. The most specific came in a tweet from Detroit News reporter Ian Thibodeau during last week’s Los Angeles Auto Show:

FYI: Joe Hinrichs, Ford president of automotive, said at an event tonight in LA that Ford will produce about 50,000 Mustang Mach-E vehicles in the first year of production. “Limited,” he said, because of battery availability.

He quoted Joe Hinrichs, Ford president of automotive, speaking at a Ford reception two nights after the car’s global launch event. Hinrichs claimed Ford would produce about 50,000 Mustang Mach-E EVs in the first year of production.

That limitation, Hinrichs explained, was “because of battery availability.”

This presumes, of course, that buyers might demand more than 50,000 Mustang Mach-E’s during the car’s first year of production. It’s a debatable proposition, since only Tesla has so far sold that many EVs during a single year. And franchised dealerships, including Ford’s, have historically been hostile to the idea of selling EVs. Although as we've pointed out, there are a number of things that make the 2021 Ford Mustang Mach-E different than other EVs.

But assuming demand is there, 50,000 cars is an achievable volume for which Ford may have been able to contract with supplier LG Chem for battery cell purchases. While we were not able to confirm it, industry rumor suggests the Mach-E’s cells will be fabricated in a new LG Chem plant just opened in Wroclaw, Poland.

The Wroclaw plant has plans for increased cell production through 2022, to a total reportedly up to 70 gigawatt-hours—giving Ford some flexibility on the upside. LG Chem could also deliver cells from another plant elsewhere in the world. It has numerous production sites across the globe and plans still more.

That total of 50,000, of course, is a global number. Sales will start in North America and Europe, with China to follow at some point. Sales in the U.S. seem likely to be at least half of that total, perhaps more in early months.

A Ford engineer told EV advocate Kelly Olsen the company would average about 500 Mach-Es per state, though clearly a much larger portion would go to California. Overall, he said, that worked out to 25,000 or more for the U.S. and up to 25,000 for all other global markets.

Estimated U.S. sales of 25,000 to 30,000 Mach-E vehicles a year jibe with another piece of information that emerged from the LA show’s various Mach-E events—this one concerning national tax incentives for buying plug-in vehicles.

Ford specifically said the Mach-E would be eligible for the full federal income-tax credit of $7,500 when it went on sale toward the end of 2020. Asked by reporters how long those credits would last, a Ford executive said the company would have roughly a year’s worth of credits left once the Mustang goes on sale.

While Ford hasn’t yet responded to our requests for its quarterly report on U.S. sales of plug-in and hybrid vehicles, we know, per the EV Adoption site, it had sold 116,000 battery-electric and plug-in hybrid vehicles as of June 30.

t is now reportedly selling up to 2,000 Fusion Energi plug-in hybrids a month, and it will soon add sales of the plug-in Grand Touring versions of the Lincoln Aviator and Corsair and the Ford Escape Sport plug-in hybrid as well. From July 1 of this year through, say Sep 30, 2020, Ford might sell 20,000 or more Fusion Energis, plus perhaps a similar number of the other three combined.

Very roughly, that would take the number of credits it had used by the fourth quarter of next year to 150,000 or 160,000. That leaves room for 25,000 Mach-E sales, or reputedly a year’s worth, on top of continuing deliveries of the plug-in hybrids. Only then would Ford hit the 200,000 limit, meaning the credits would begin to sunset two quarters later.

Whlie the conventional Mustang lineup is built in Flat Rock, Michigan, the Mach-E electric SUV will be built in Mexico, at Ford’s assembly plant in Cuautitlan. It seems logical that an expected Lincoln version of the same vehicle would be built there as well, though virtually nothing is known about such a car at this point.

While the Flat Rock plant was expected to get two later electric vehicles in the early 2020s, details of the recently negotiated contract between Ford and the United Auto Workers union indicate the future F-150 electric pickup will be built in Dearborn and an all-electric Transit van will come from the Kansas City plant. There's also a Lincoln-badged vehicle potentially to come from Rivian's Illinois plant.

Unlike with the GM deal, the union provided a breakdown of plant investments for the Ford tentative deal: pic.twitter.com/RTACFaQY8m

Finally, Ford will build at least two more EVs on the “skateboard” architecture that underpins the Mach-E. The company has called that platform one of its five core architectures for the 2020s. In 2023, it is expected to launch at least two additional EVs roughly the same size as the current Ford Edge and Lincoln Nautilus. While those had initially been tagged for Flat Rock, it now appears they will be assigned to the Ohio assembly plant that now builds various commercial trucks.