It will arrive late next year and will be based on a redesigned version of the mid-size GLE SUV arriving with gas power next spring.

The company didn't release many other details about the new model or its powertrain, but Daimler sales chief Ola Kaellenius told trade publication Automotive News (subscription required) that, "The GLE will be the first car with a 100-kilometer (62-mile) range on a plug-in hybrid in the WLTP cycle."

WLTP, an acronym for Worldwide Harmonized Light Vehicle Test Procedure, is a new standard for measuring fuel economy currently being introduced to Europe. It's expected to be more accurate than the previous NEDC standard used in Europe and more closely aligns with results from the EPA.

It's likely that EPA results will be lower, but they'll be a lot closer.

Currently the plug-in hybrids that can go the farthest on electricity are the Chevrolet Volt at 53 miles and the Honda Clarity Plug-In Hybrid, at 48 miles. 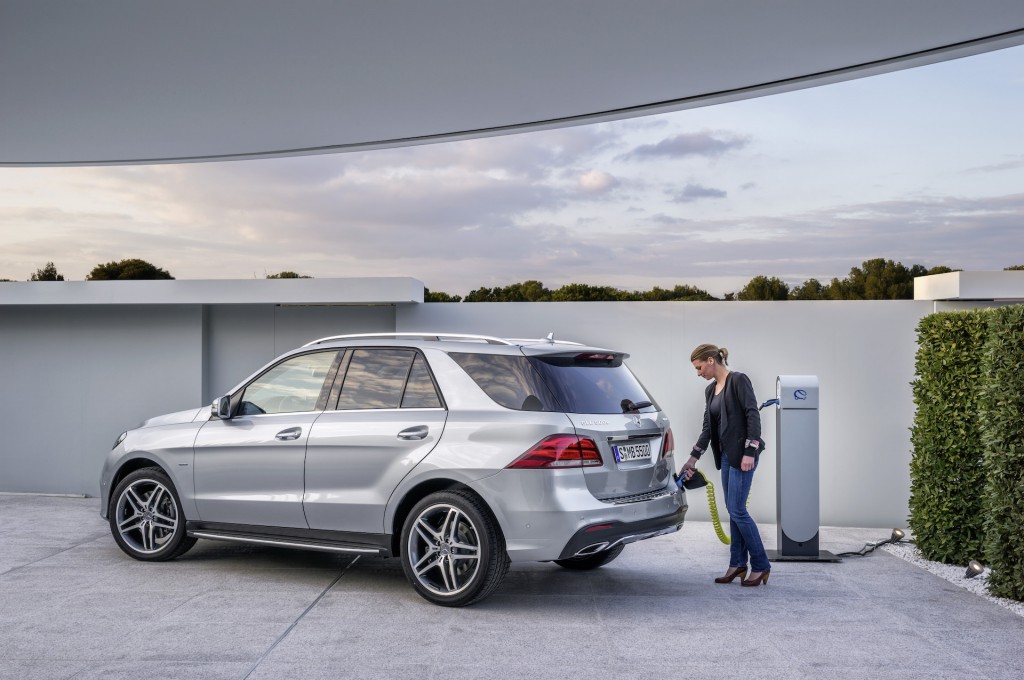 Even if the GLE plug-in hybrid ends up with a similar range to the Volt, it may be attractive to buyers as an SUV with more space and easier entry and exit than than Chevy's compact hatchback.

Last week, Mercedes announced plans to expand its lineup of plug-in hybrids and make them more capable. The as-yet-unnamed GLE plug-in hybrid looks to be the first fruits of that effort.

The company's plug-in hybrids so far have had maximum electric ranges of only 8 to 10 miles.

CHECK OUT: Mercedes breaks ground on US battery factory (Updated)

Mercedes recently announced new longer-range plug-in versions of its flagship S-class sedan and its popular C-Class sedan for Europe, using a 13.5-kilowatt-hour battery pack that is expected to give them a range of 25 miles or more.

To achieve a 60-mile electric range, the GLE plug-in hybrid SUV will likely need a battery somewhat larger than that.

Mercedes has announced that it will sell its new longer-range plug-in hybrids, including the GLC plug-in hybrid, under the new EQ Power brand, alongside its upcoming lineup of EQ electric cars.

Rival BMW recently announced that the next version of its mid-size X5 plug-in hybrid SUV, the X5 xDrive 45e, will have 50 miles of electric range. It is due out in 2020.