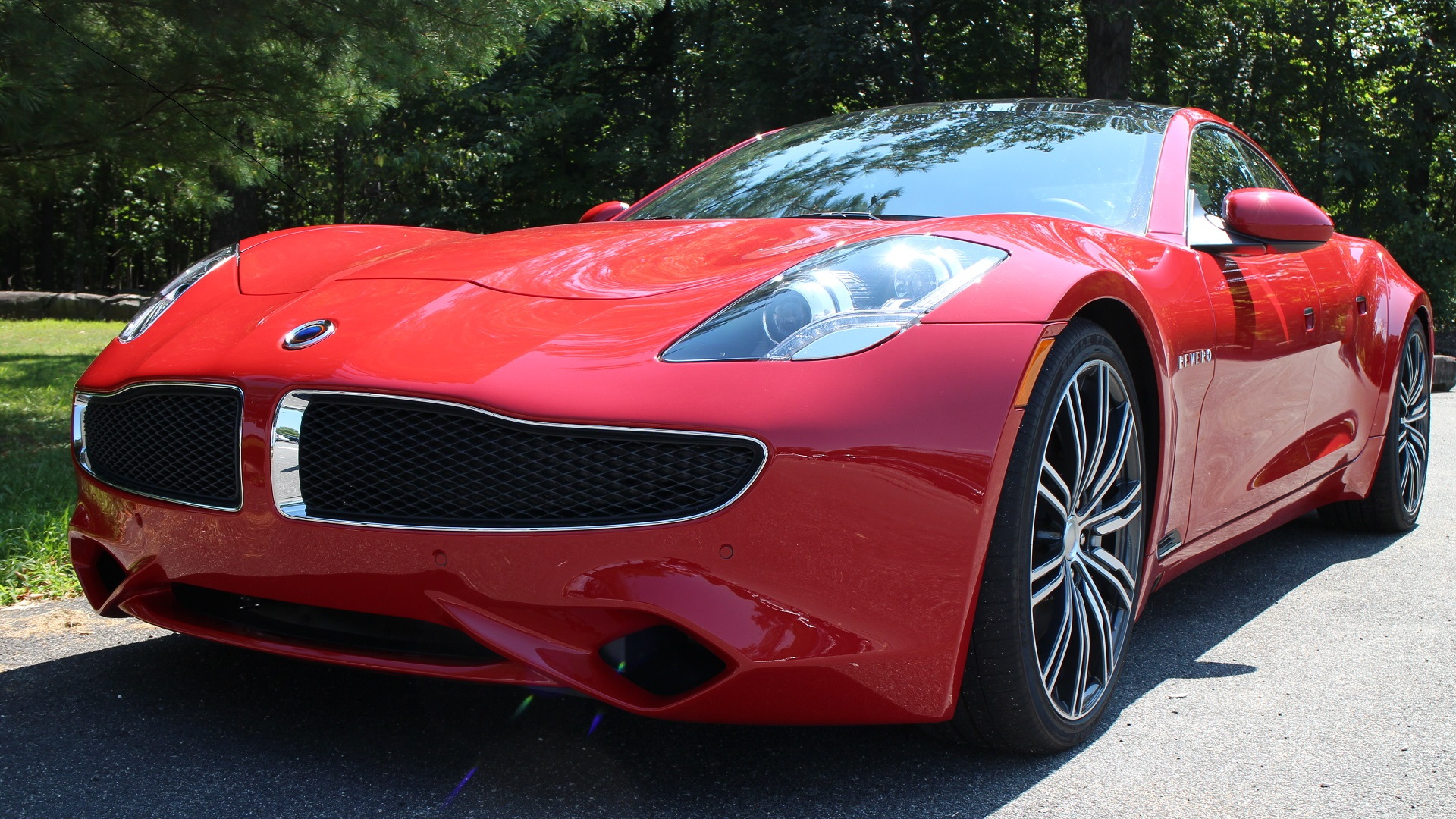 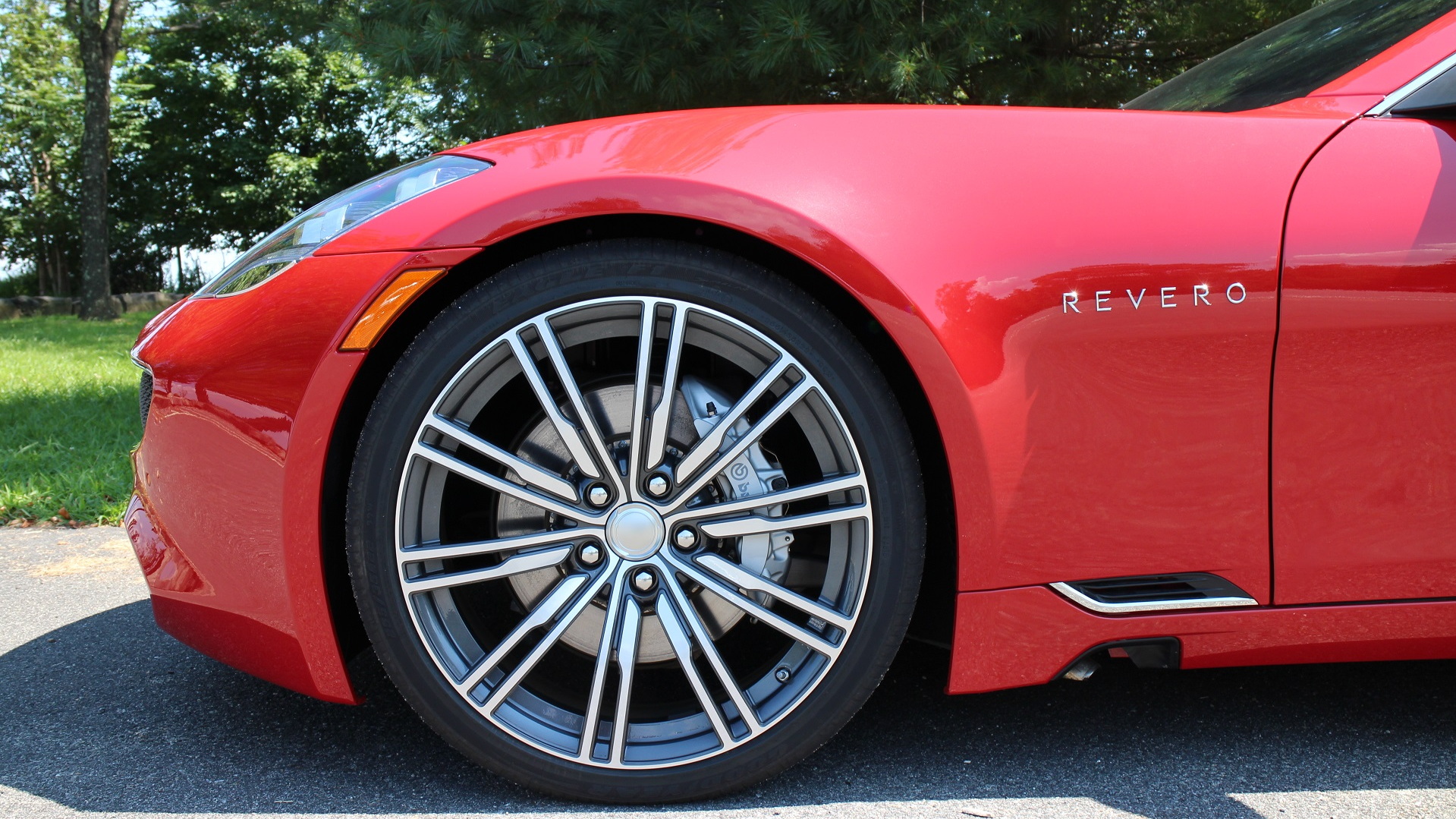 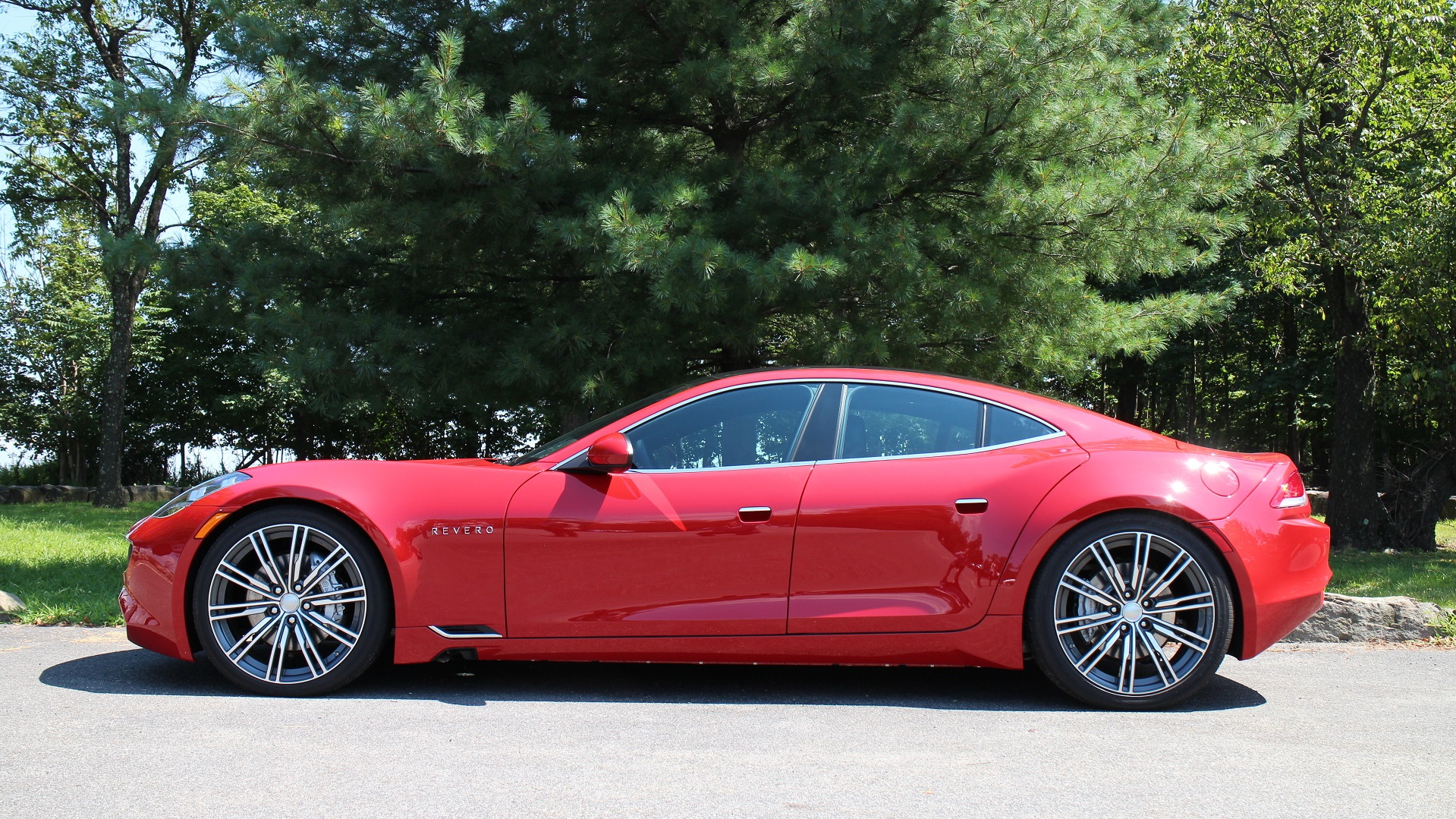 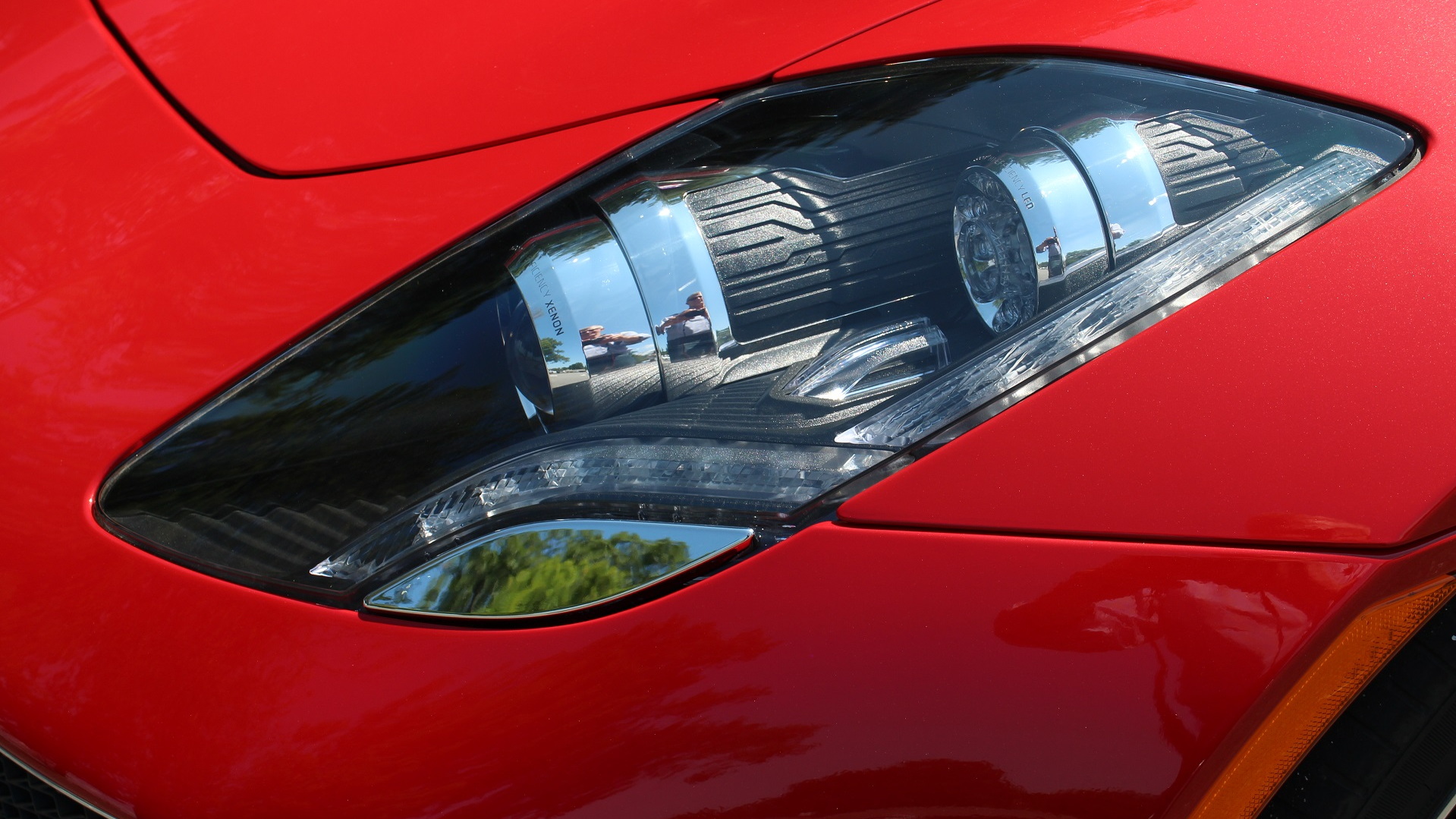 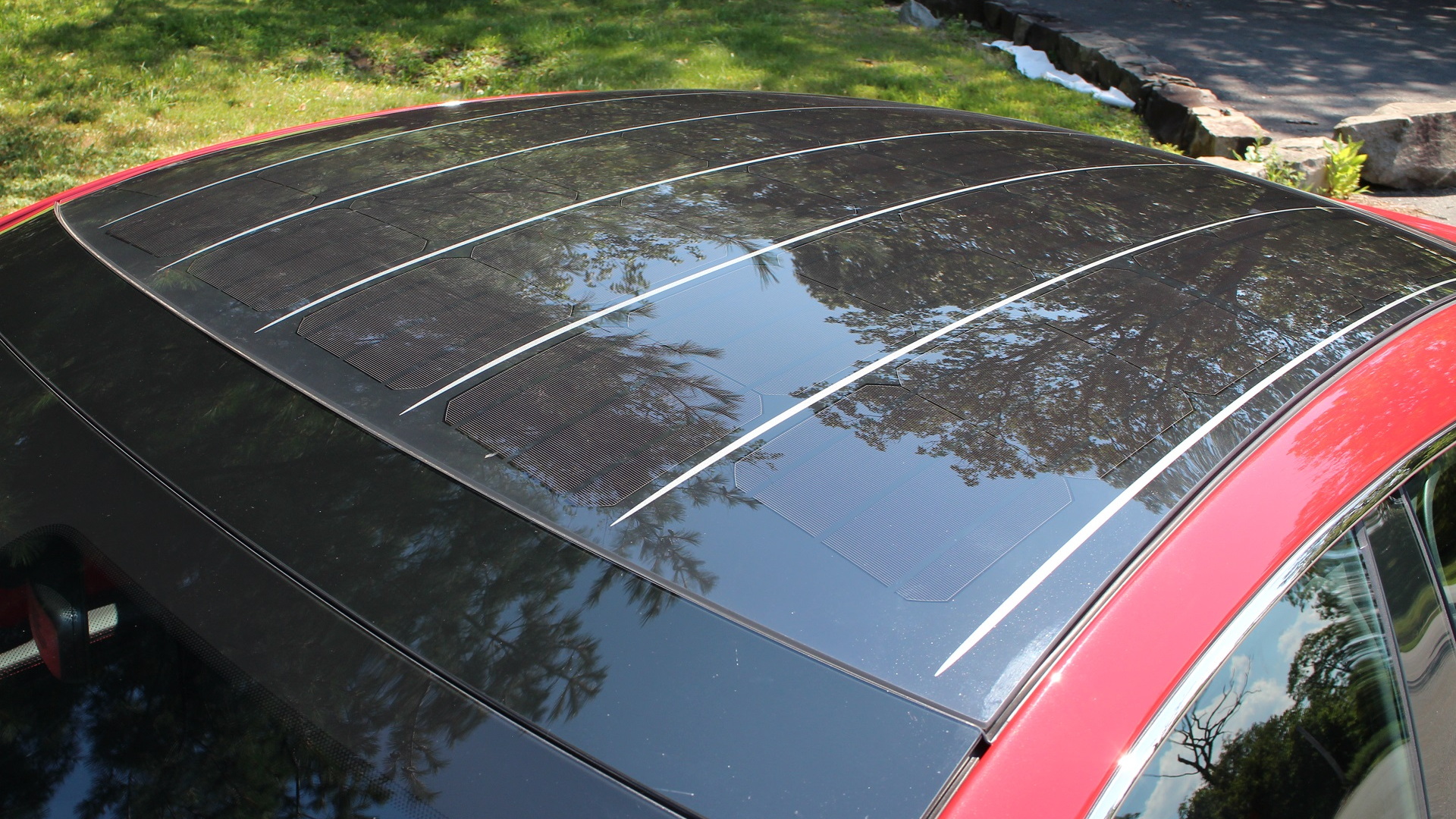 The 2018 Karma Revero remains as much of a head-turner today as the low, sleek four-door sedan was when it debuted a decade ago under another name.

It also happens to be a range-extended electric luxury sedan, though we tend to think that the Karma would sell just as well if it ran on coal dust and baby-seal blood.

It's a big, low, handsome shape, and we were happy to get a chance to drive the updated version of what began life as the 2012 Fisker Karma.

First shown as a concept at the 2008 Detroit auto show, the Karma was meant to compete in a "green luxury" segment that came to be defined by the Tesla Model S.

It entered production before the Model S, but quality problems with the Karma and defective cells in its battery pack eventually overwhelmed the struggling company, which collapsed.

The design and tooling for the car are now owned by a subsidiary of Wanxiang, China's largest auto-parts maker, which also bought A123, the cell maker that provided the battery for the Fisker Karma.

Five years later, Karma has moved the car's tooling from Finland to Moreno Valley, California, and restarted production—after resolving literally hundreds of problems with the vehicle it bought out of bankruptcy after about 2,500 were built.

It had to reopen relationships with hundreds of parts vendors, most of them owed money. Some weren't interested in restarting their production lines, and had to be replaced. That took time.

Meanwhile, engineering changes included an entirely new wiring harness, a new touchscreen display with an entirely redesigned interface, structural reinforcements to meet crash tests not in force when the Fisker was designed, and scores of other tweaks.

READ THIS: Karma gets approval to build electric cars in China (Dec 2016)

Production began earlier this year, and the company is now slowly ramping up to what it suggests will be a maximum of 1,000 Reveros a year for all global markets, to be reached after two or three years.

The company is also quietly working on a lower-priced, higher-volume vehicle, about which it will say very little except to acknowledge that perhaps a range-extended electric powertrain like the Revero's may not be the way to go for that model.

The 2018 Karma Revero still uses lithium-ion battery cells from Wanxiang subsidiary A123 Systems, in a pack with an incrementally higher capacity: it rose from 20.4 kilowatt-hours to 20.8 kwh, of which 17.7 kwh is usable.

The 2.0-liter range-extending 4-cylinder engine sourced from GM hasn't changed at all; it powers a 175-kilowatt (235-horsepower) generator to recharge the battery. A pair of 150-kw motors powers the rear wheels; the engine serves solely as a generator.

With a list price of $130,000, the 2018 Karma Revero is EPA-rated at 33 miles of electric range and 240 miles overall from gasoline and electric operation combined.

Its fuel economy as a hybrid, once the battery is depleted, is rated at 19 mpg combined, and the energy efficiency is 51 MPGe, the lowest of any car with a plug sold in the U.S. this year. (Not surprising given the car's curb weight of 5,400 pounds.)

It also now has a CCS DC quick-charging port capable of 40-kw charging, letting it charge from 15 percent to 85 percent of capacity in just 24 minutes.

The Revero's exceptionally low stance and wide central battery pack makes it an extremely snug four-seat car, and its interior volume remains in the "subcompact" segment under NHTSA sizing rules.

With all that in mind, we set out on a short test of about 60 miles through New York City traffic and along New Jersey parkways, on a hot, sunny summer day.

In our full review of the then-new 2012 Fisker Karma, we wrote that it was "a curious and unique beast, a stylish, luxurious, and pricey sedan with 32 miles of electric range, low gasoline efficiency, and a tiny interior and trunk."

None of that has changed, but the 2018 Karma we drove thankfully suffered from none of the electronic glitches that our two test drives of the 2012 Fisker revealed.

(Those included instruments going completely dark, requiring a 5-minute stop while the car rebooted itself, and a USB port that instantly shut down various unrelated electronic functions.)

Karma has put considerably more sound insulation between the occupants and the engine in its redo, and it worked: what we recalled as a thrashy and raucous engine under full power now produces a more refined loud whirr from up beyond the firewall.

But with minimal suspension travel on gigantic 22-inch wheels and tires, it thumps over bumps, ridges, and potholes pretty much as the old one did.

The Karma still offers two drive modes—Stealth and Sport—but our efforts to try the all-electric Stealth mode were frustrated by 96-degree-F heat in bright sunshine, which kept the engine on to provide enough power to run the electric air-conditioning compressor at full blast.

Stealth is clearly slower, with a quoted 0-to-60-mph time of 6.9 seconds, while the quicker Sport mode (5.4 seconds to 60 mph) keeps the engine on and uses the battery energy for more power under full acceleration.

Stealth wasn't lightning-quick off the line (that 5,400 pounds again), but for the uses we suspect many owners will put the car to, it's fine for the 30 to 35 miles you'll get from your battery. (Then it becomes a regular hybrid.)

Sport mode was fun, but we found it unexpectedly noisier than Stealth even when the engine was running in the background.

We had few places to wring the car out on this drive, so it was back to Stealth for calmer travel.

As in the 2012 iteration, we noticed some "cogging" (juddering) at very low speeds like those you'd use in crowded parking lots. It vanished before the car reached 10 mph, but considerably less expensive electric cars have by now solved the problem entirely.

While there are three levels of regenerative braking, they only somewhat slow the car down even at higher speeds. At low speeds, their effect is only barely evident, even in the most aggressive setting. Again, a cheaper car like the Chevrolet Bolt EV has this function entirely sorted out.

One of the updates made by Karma's engineers was fitting sensors for functions like adaptive cruise control and automatic emergency braking.

Those features haven't yet been activated, but executives promise existing cars can be updated when the software has been finished, tested, and validated.

The 22-inch wheels were standard, and with a $1,400 mandatory destination charge, the bottom line on the window sticker came to $133,800.

In the end, the 2018 Karma Revero remains what it was at launch five years ago: one of the most remarkable attention magnets on wheels you've ever seen.

At a scenic viewpoint along the Hudson River in New Jersey where we stopped to take photos, no more than 2 minutes passed before someone wandered over and started peppering the Karma executives with questions.

As a car, it's a very tight, very heavy, firm-riding large sedan with minimal luggage space that happens to plug into the wall for 30-ish miles of range.

But as a statement about the owner, it's all but unparalleled.

There's clearly a global market for that.

EDITOR'S NOTE: An earlier version of this article called the Karma Revero a 2017 car; the model year is actually a 2018. Also, it has a CCS quick-charging port and not a CHAdeMO port. We apologize for the errors.