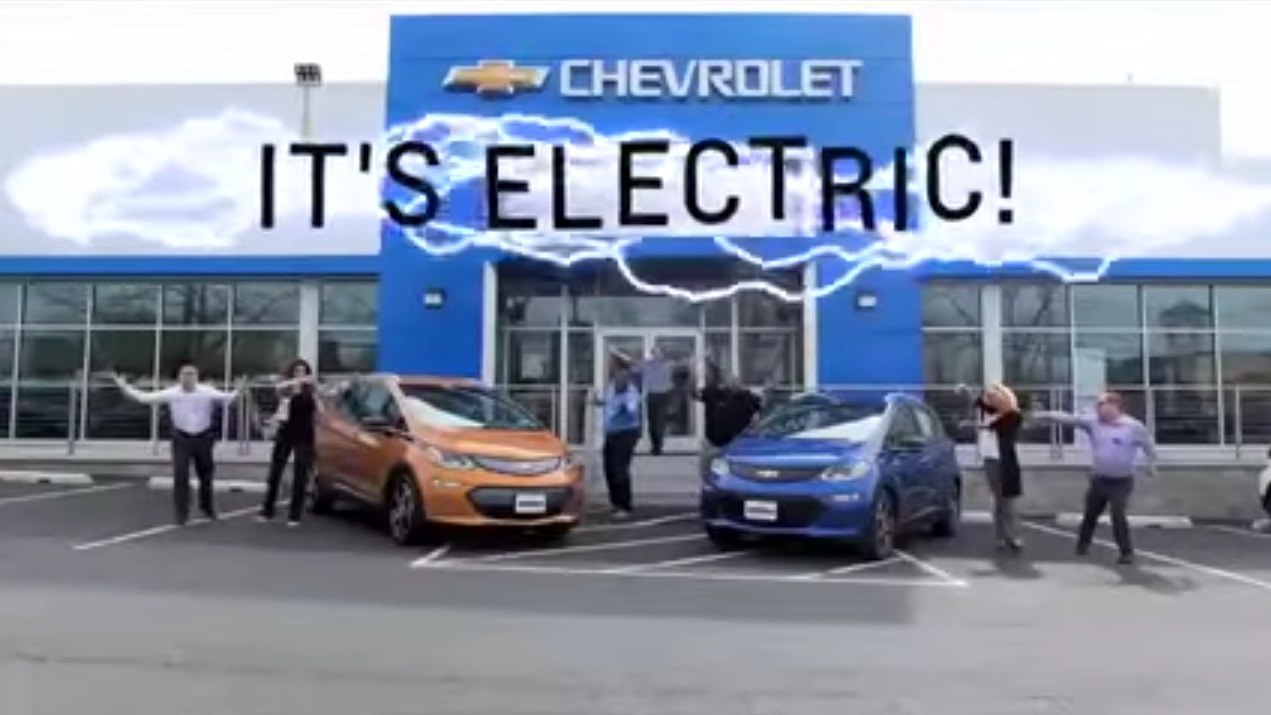 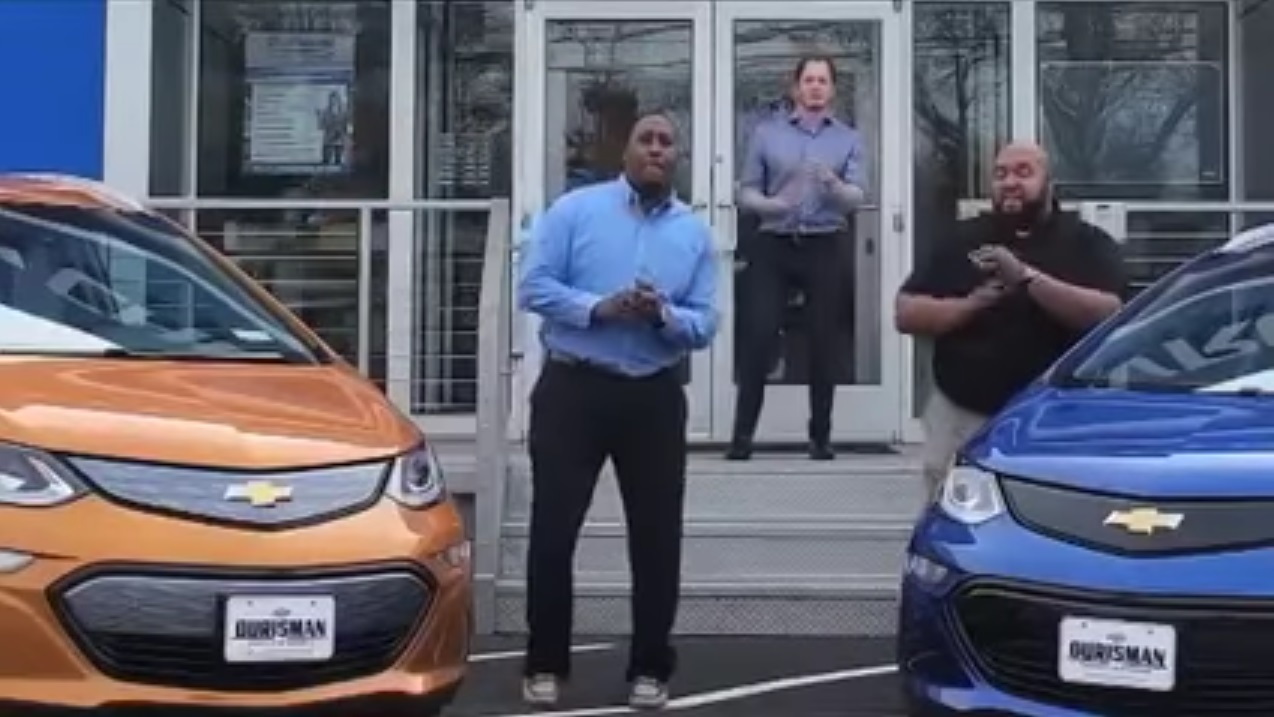 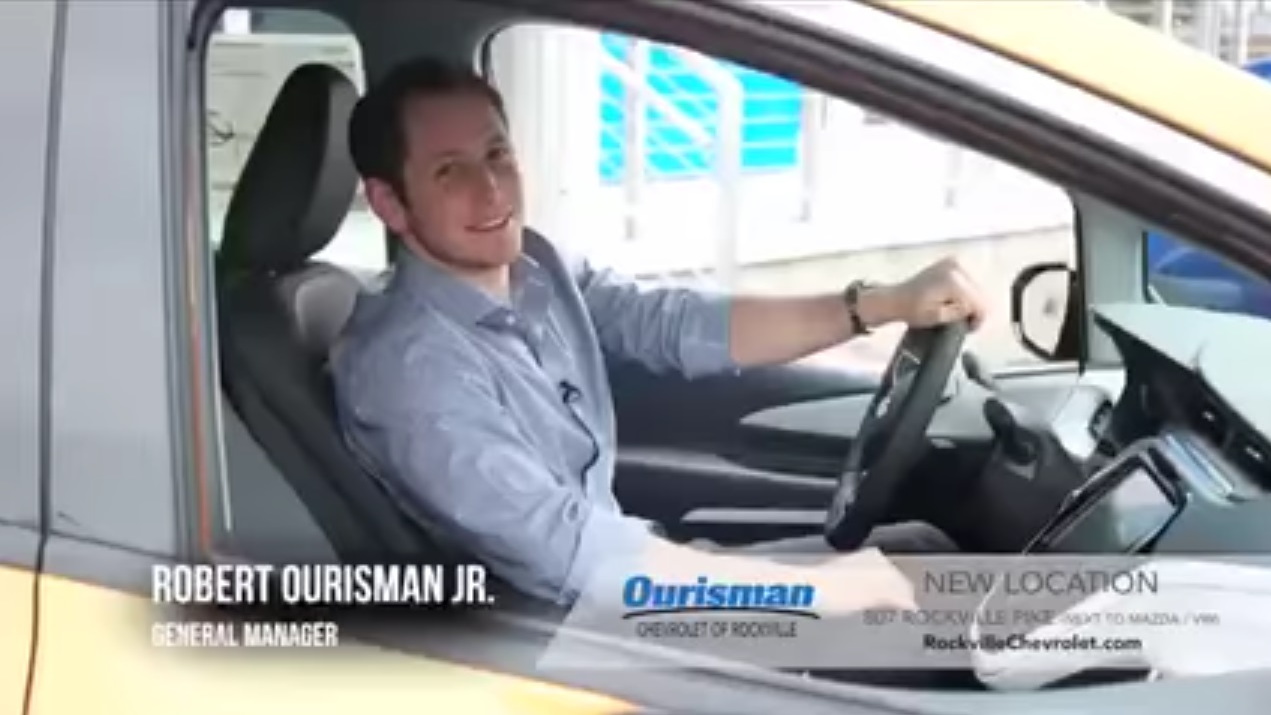 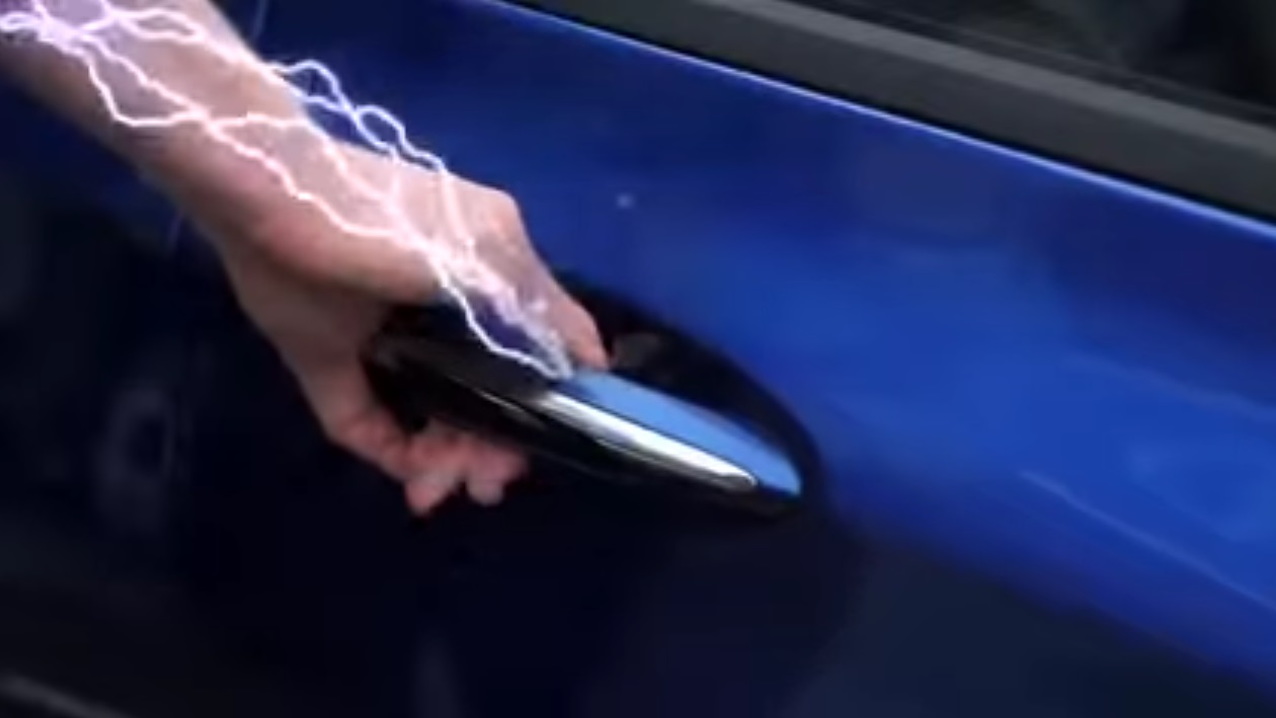 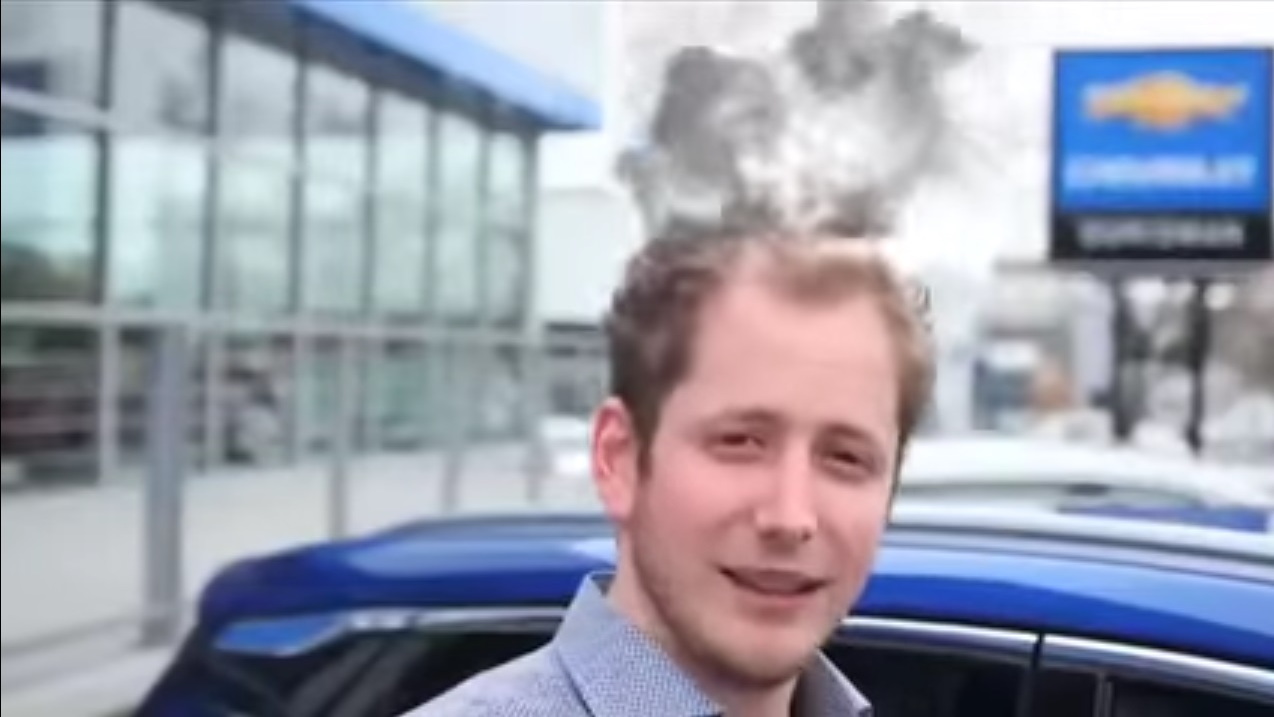 You've likely seen them, usually during the local ad minute on national shows, often late at night or in the cheaper slots.

They're mostly formulaic, but each one mixes several elements for its own unique blend of attention-grabbing pitch.

The dealership itself is usually the backdrop, with frequent images of long rows of brand-new cars or trucks just waiting for you to come down and buy one.

The spokesperson is a dealership employee, often the owner or sales manager, talking fast and usually loud. Which may mean yelling.

Once in a while, there's even a jingle that—if it succeeds—will etch the dealership name and location permanently into your brain.

Often you'll get a low-budget special effect or two, though we're pleased that the trend of chrome letters tumbling through space has abated.

We're delighted to see that even the Chevy Bolt EV electric car is now the subject of a low-budget local dealer ad that has almost all of these elements.

That gives the Bolt EV a weird kind of mainstream cred that detailed discussions of cost-per-mile, carbon footprint, or even polar bears just can't offer.

READ THIS: Chevy Bolt EV pricing across U.S.: some discounts, some markups

Robert Ourisman Jr., general manager of Ourisman Chevrolet of Rockland, Maryland, is the featured presenter in the concise 30-second spot.

Following a short line dance with clapping—it's the Electric Slide, get it?—he sits in a Bolt EV and concisely rattles off its virtues.

"It's electric!" is the theme, though we're not sure about the wisdom of the CGI electric shock that runs up his arm when he touches the door handle.

Nor the image of his hair on fire afterward. Y'know, given the misconceptions about electric cars and all.

Ourisman told Green Car Reports that the family's first dealership opened in 1921, and has just moved into the brand-new building seen in the ad.

CHECK OUT: When can I buy a Chevy Bolt EV electric car? See state-by-state schedule

It sells more than 1,000 Chevrolets a year and, more importantly, has been the top-selling dealer in its zone for the two generations of the Volt plug-in hybrid.

Since 2011, he says, the business has sold more than 500 Volts. Ourisman Chevy has also delivered 22 Bolt EVs since the first one arrived in February.

The prospects for Bolt EV sales in Maryland were improved on May 4, when governor Larry Hogan signed a three-year extension of the state's electric-car tax credit.

It gives a credit of $100 per kilowatt-hour of battery capacity for cars purchased July 1 or later, with the credit capped at $3,000.

(There's a separate credit for installation of a home charging station.)

That means that starting in July, Bolt EV buyers can get not only the $7,500 federal income-tax credit but a $3,000 state credit as well.

Come July, we wouldn't be surprised to see more Bolt EV ads like Ourisman's, though we're betting they mention prices and dollars once the credit kicks in.

Still, we're encouraged by the normality of treating the Bolt EV just like any other car.

It's the same dealer-ad message we've heard for decades, with a slight new twist: Hey, it's a Chevy! And it's electric! it's a regular car, and we've got deals! C'MON DOWN!

EDITOR'S NOTE: All references to the notorious Volt Dance have, by now, been expunged from our memories. Almost.