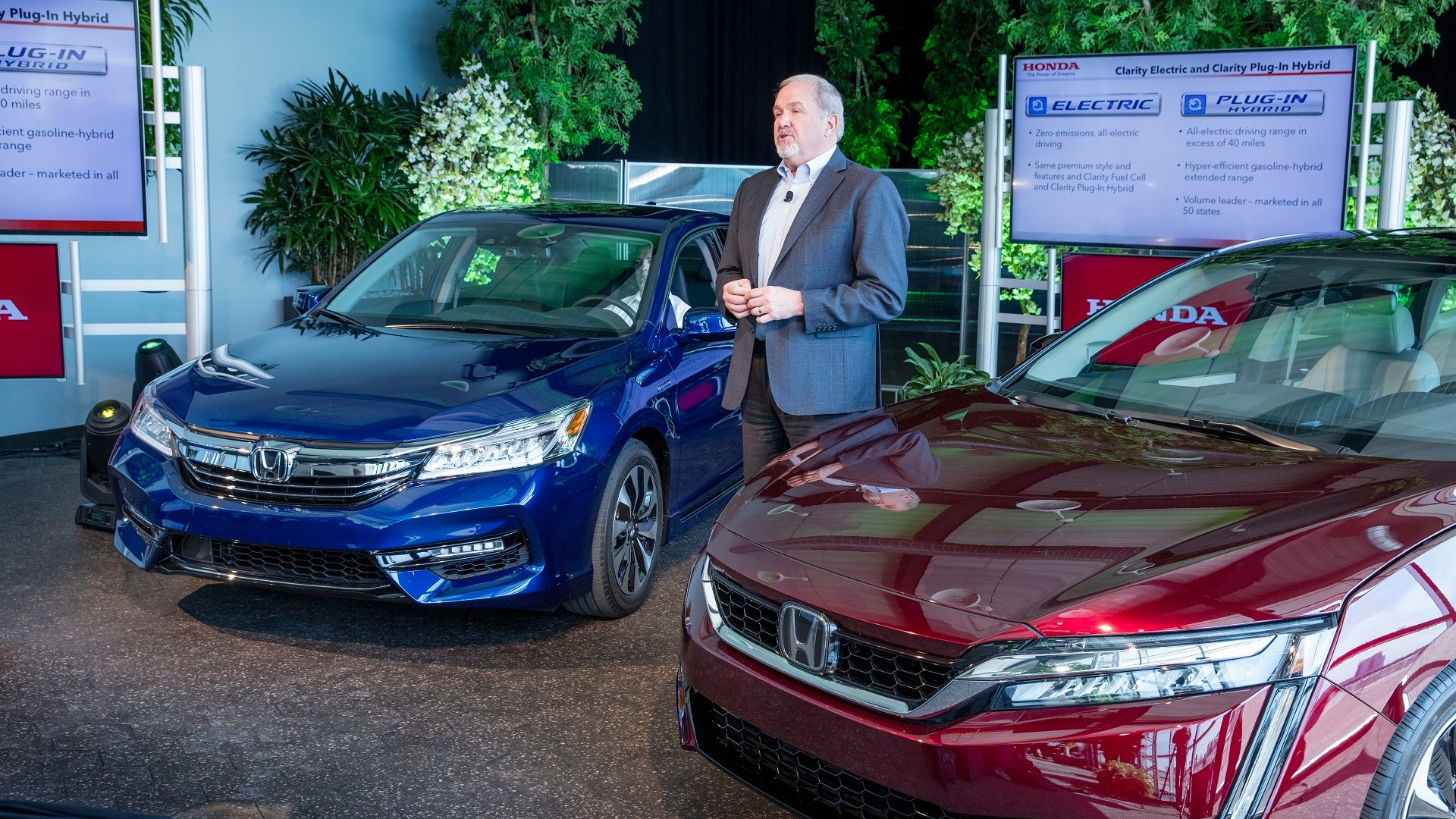 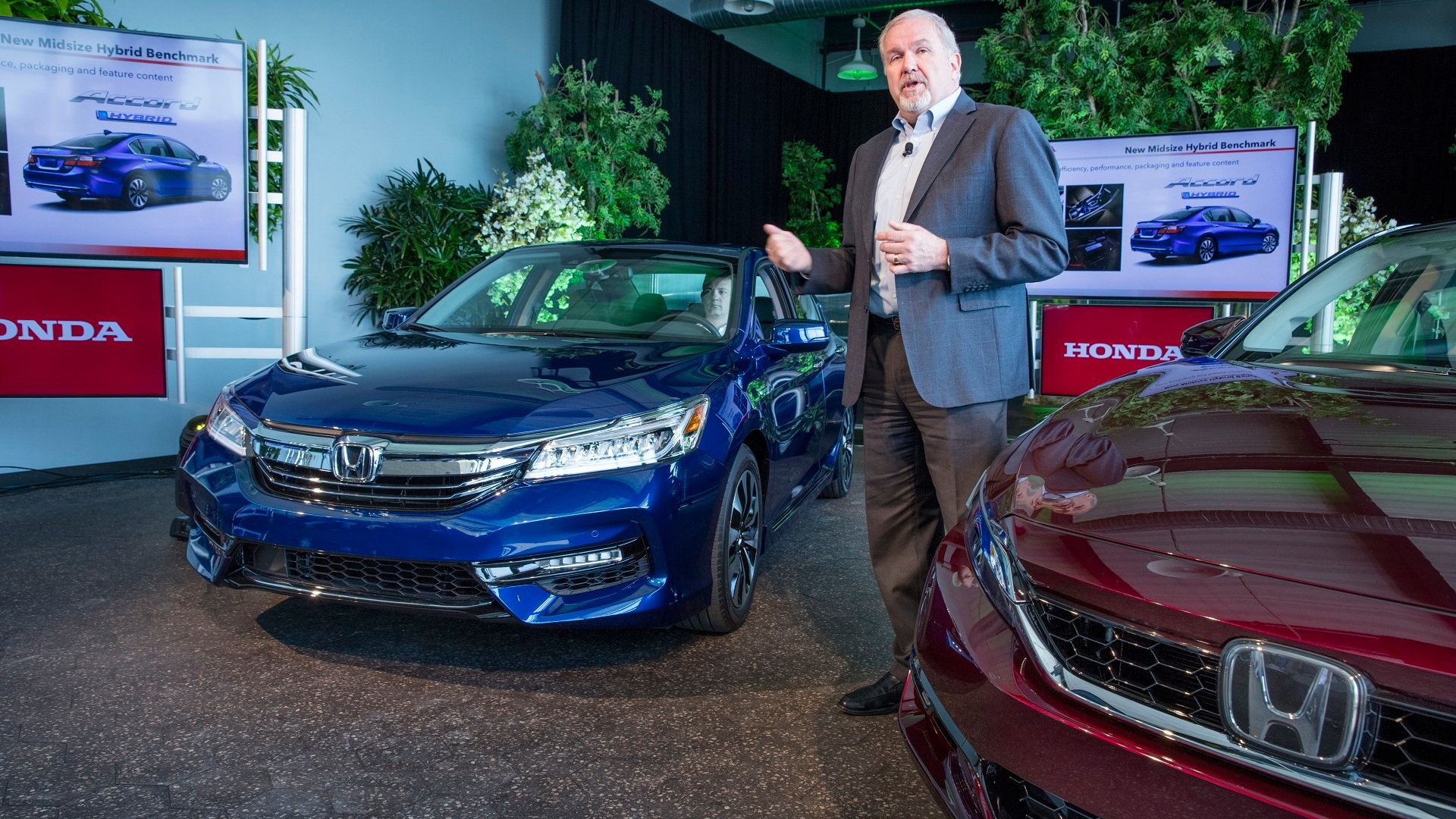 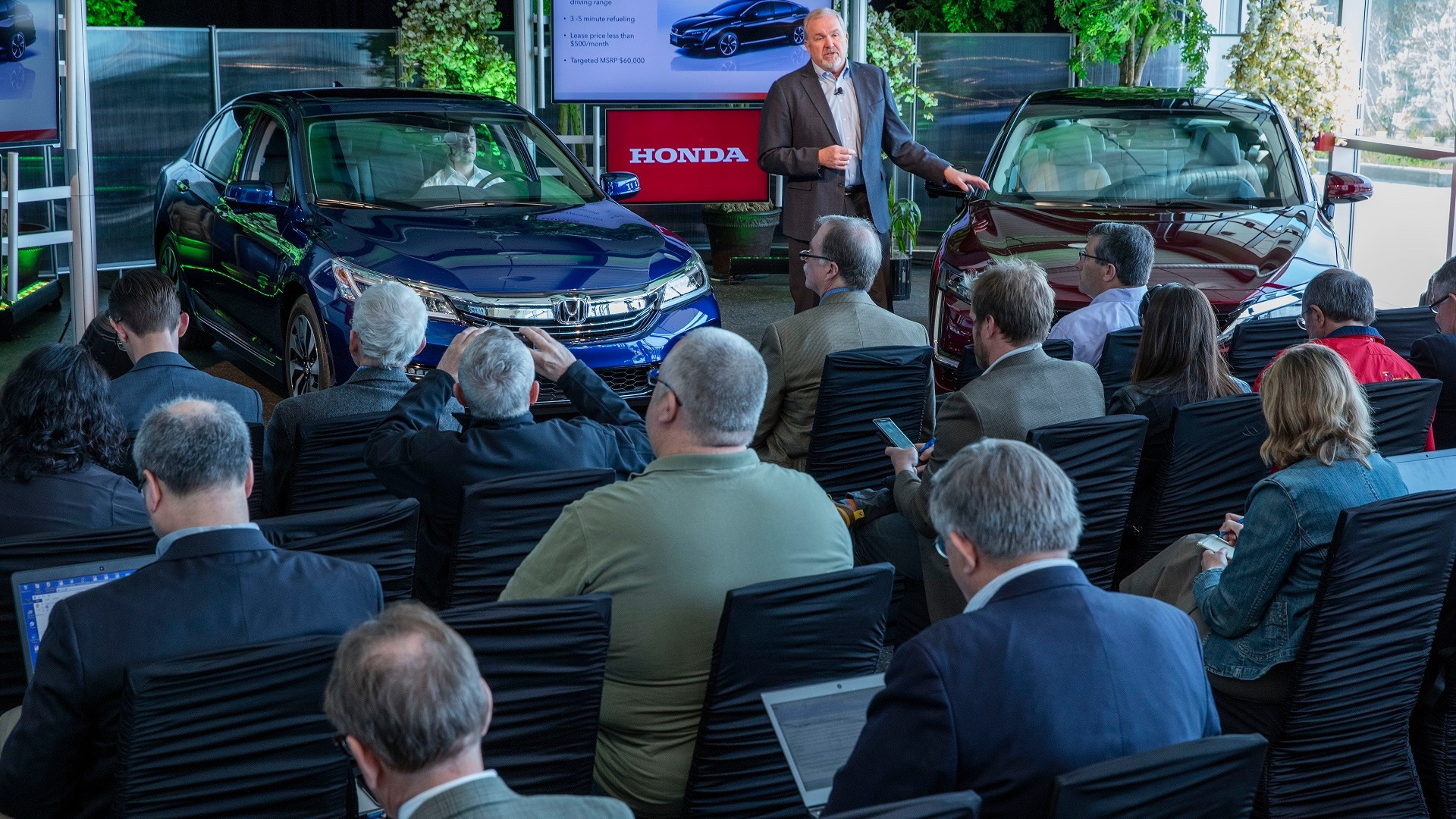 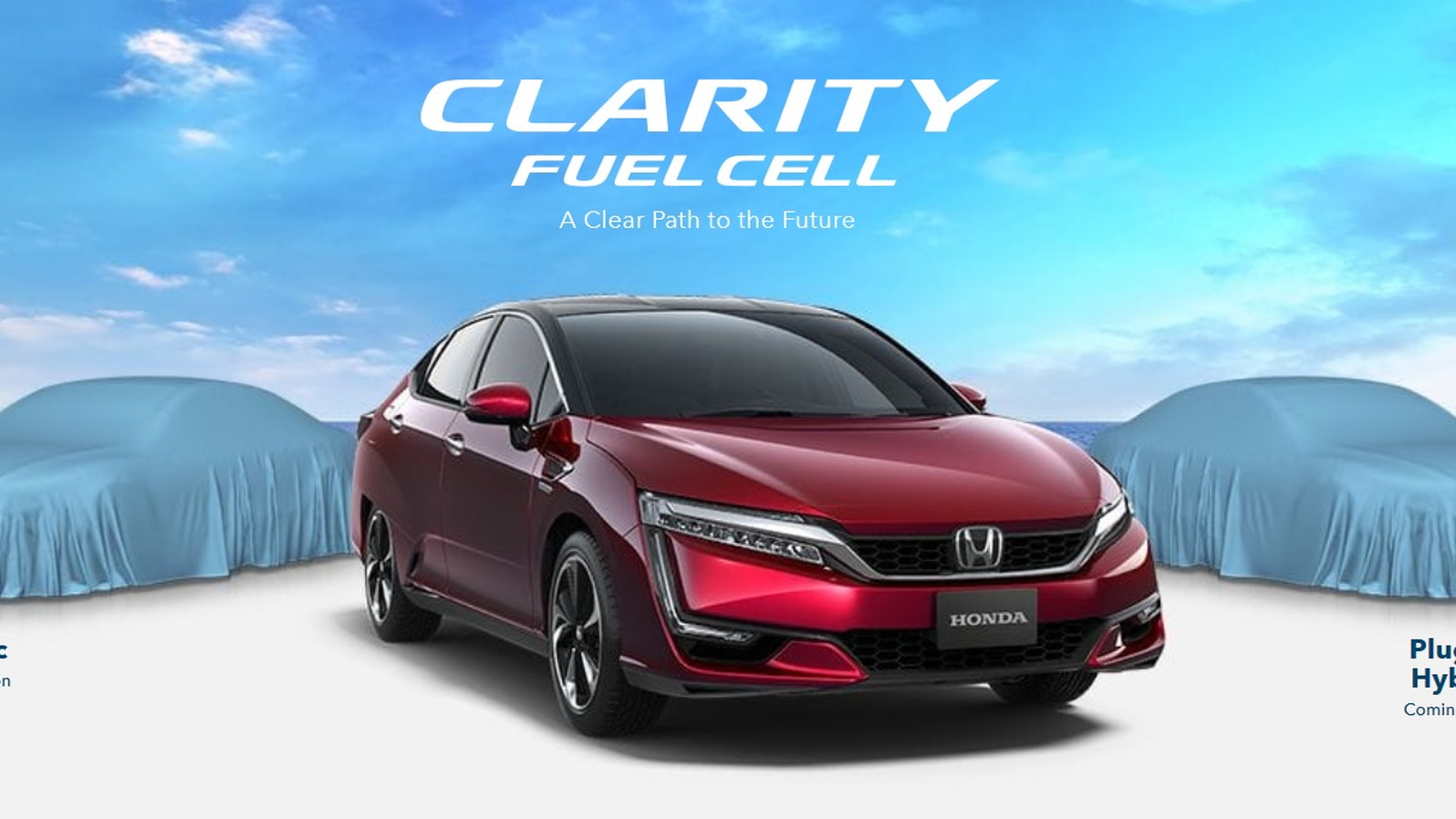 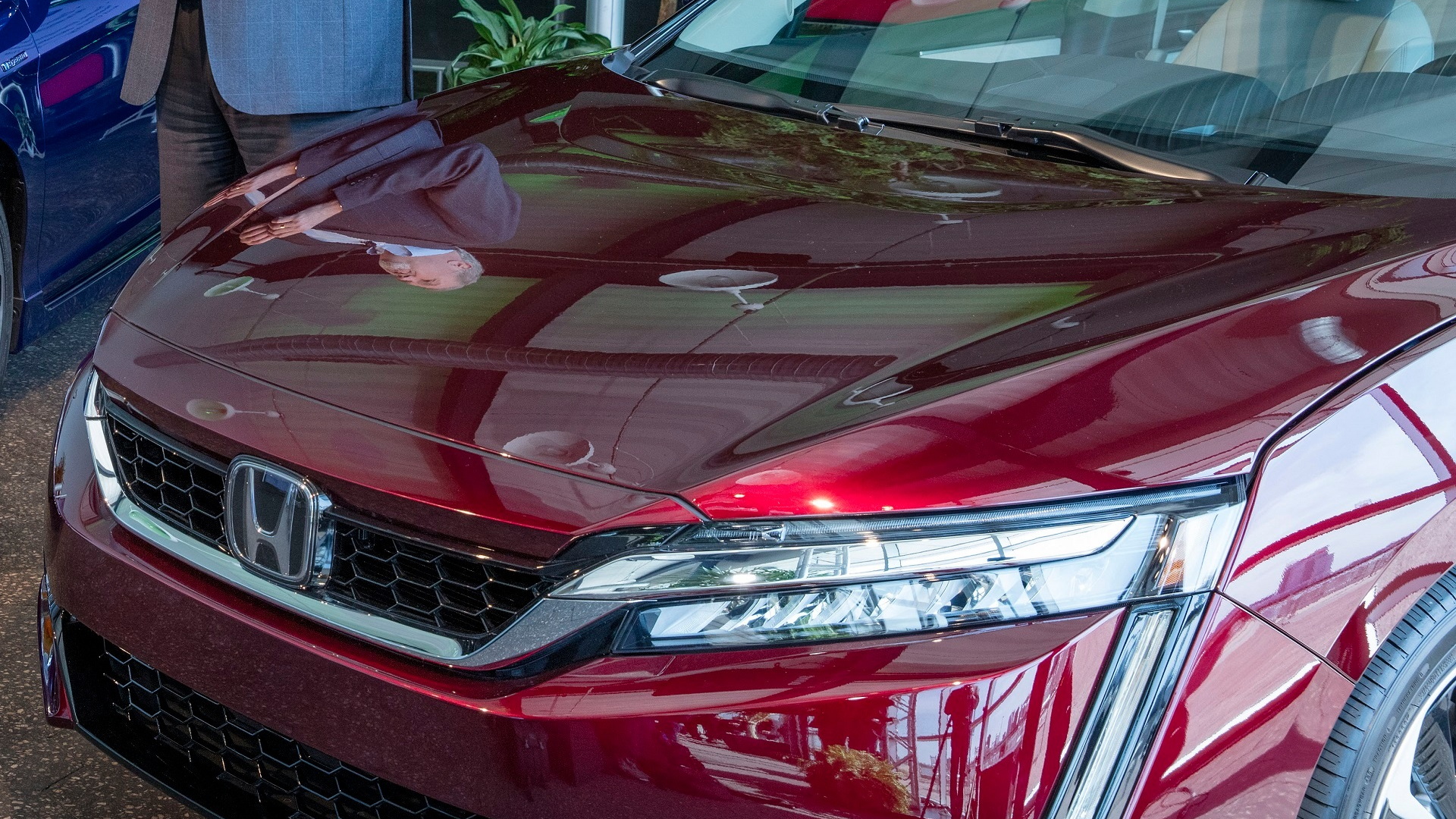 The 2017 Honda Clarity will arrive in showrooms late this year with a hydrogen fuel-cell powertrain, one of three hydrogen-powered vehicles that will be sold in limited numbers in specific California regions that have hydrogen fueling stations up and running.

But Honda has much larger plans for the Clarity mid-size sedan, and they involve batteries and plugs.

Today, the company released the first handful of details on two additional models that will join the Clarity range during 2017 once the Fuel Cell version has launched: the Clarity Electric, a battery-electric car, and the Clarity Plug-In Hybrid.

The first to go on sale will be the Honda Clarity Electric, most likely as a 2018 model if the company follows its usual practice.

It will be, Honda said, "the first affordable, midsize, five-passenger battery-electric vehicle to offer premium content and features," though it may be offered only in limited markets—and Honda declined to say anything at all about its battery range.

The third variant, however, the Honda Clarity Plug-In Hybrid, will be available in all 50 states.

With sales starting later in 2017, the plug-in hybrid Clarity will offer an all-electric driving range of more than 40 miles, using what Honda termed a "hyper-efficient gasoline-hybrid extended range mode."

That model will have by far the highest sales of the three Clarity versions, the company said.

The announcements were released this morning, following an event in Ohio yesterday that Green Car Reports was regrettably unable to attend at which details of the 2017 Honda Accord Hybrid were released.

The Honda Clarity will be the first vehicle in the world to be offered with hydrogen fuel-cell, battery-electric, and plug-in hybrid powertrains.

The five-passenger sedan's shared platform allows Honda to spread the costs of a dedicated vehicle with a fuel-cell powertrain over a much larger base of vehicles.

It also provides replacements for the Honda Fit EV and Honda Accord Plug-In Hybrid, both now out of production.

Both of those vehicles were sold in very limited numbers—1,100 for the Fit EV, about 1,000 for the plug-in hybrid Accord—but Honda is clearly positioning the Clarity Plug-In Hybrid as a direct competitor to the new second-generation Chevrolet Volt, which is rated at 53 miles of electric range.

With five passenger seats and a larger sedan body, the Clarity sedan will offer considerably more passenger and cargo volume than the Volt, which is fundamentally a four-seat compact hatchback with a fifth occasional "seating position."

All versions of the Clarity sedan will include the Honda Sensing suite of advanced active-safety technology, and a display audio system that incorporates both Android Auto and Apple CarPlay.

The trio "represents a strong commitment to Honda's future and will help create a new volume pillar for electrified vehicle sales," Mendel said, along with additional hybrid models using the company's two- and three-motor systems that will be launched in the future.