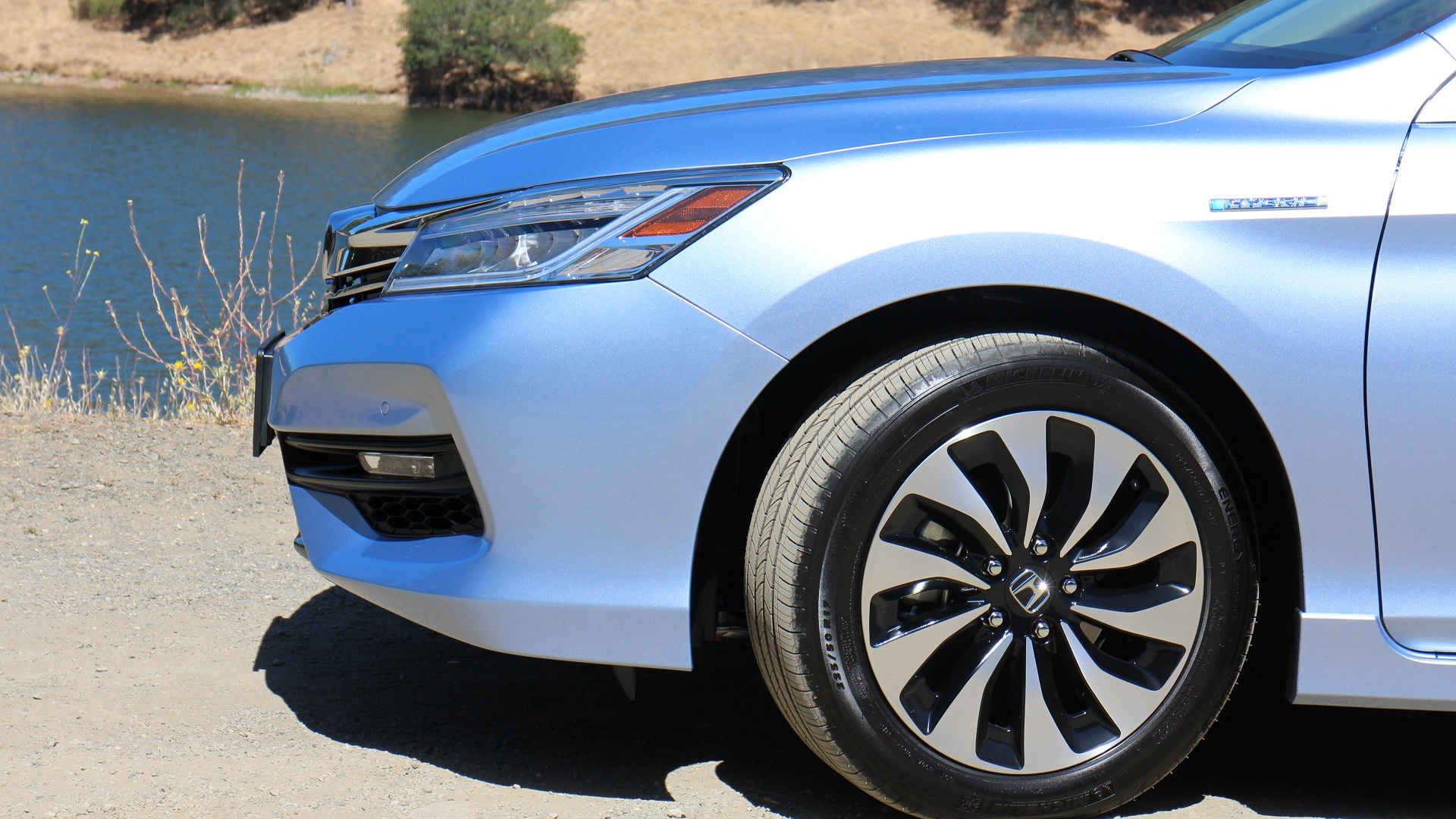 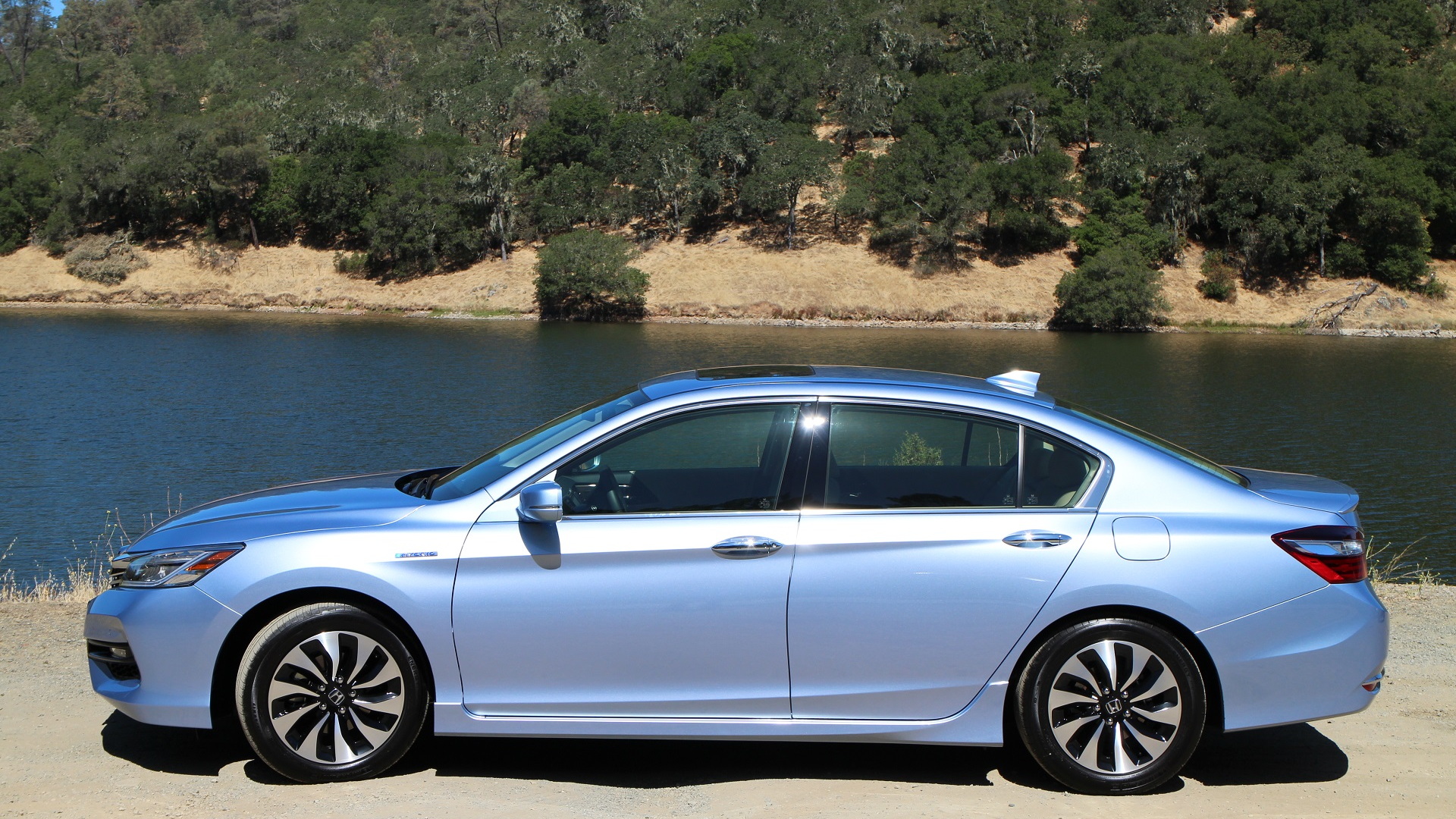 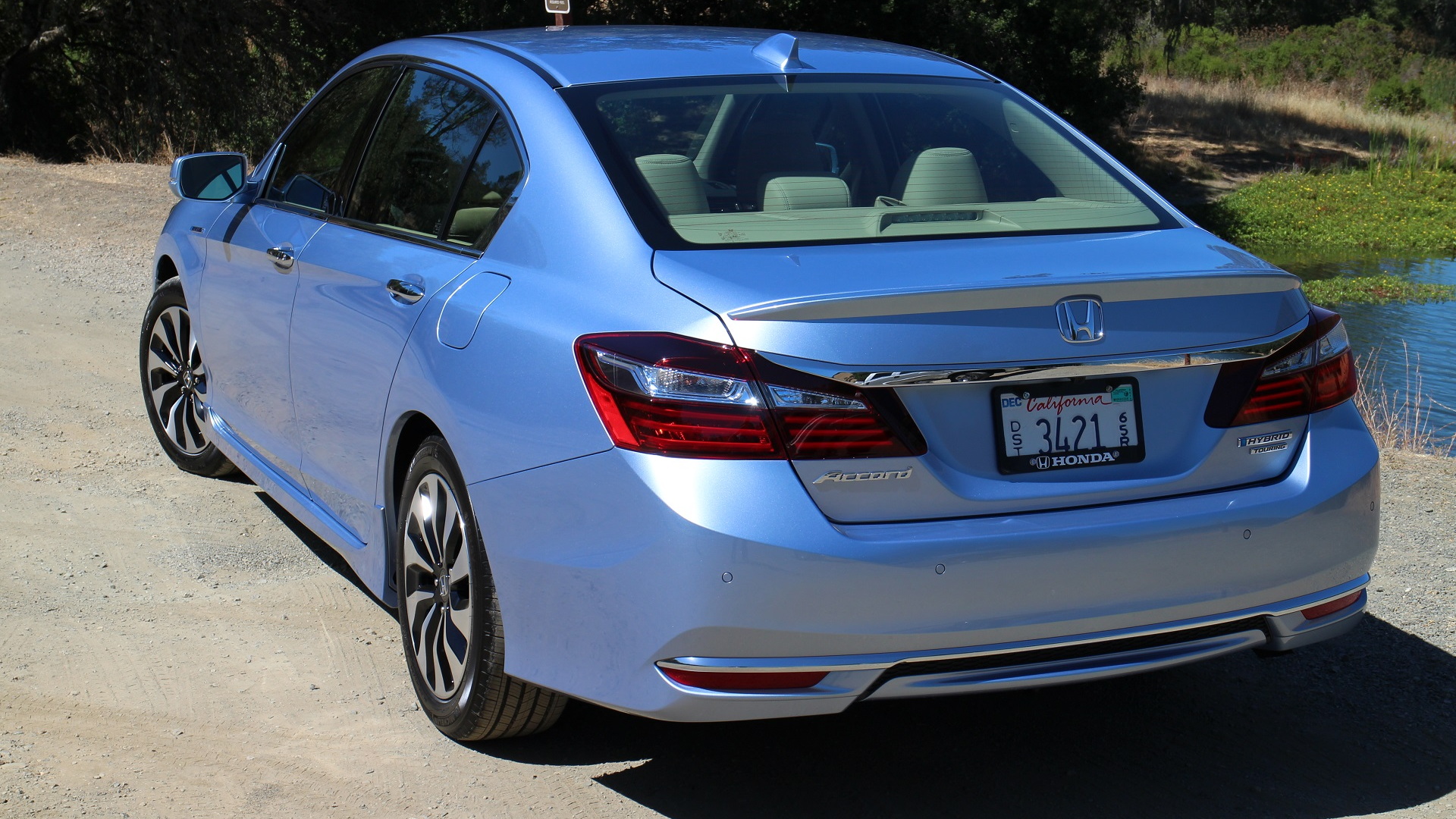 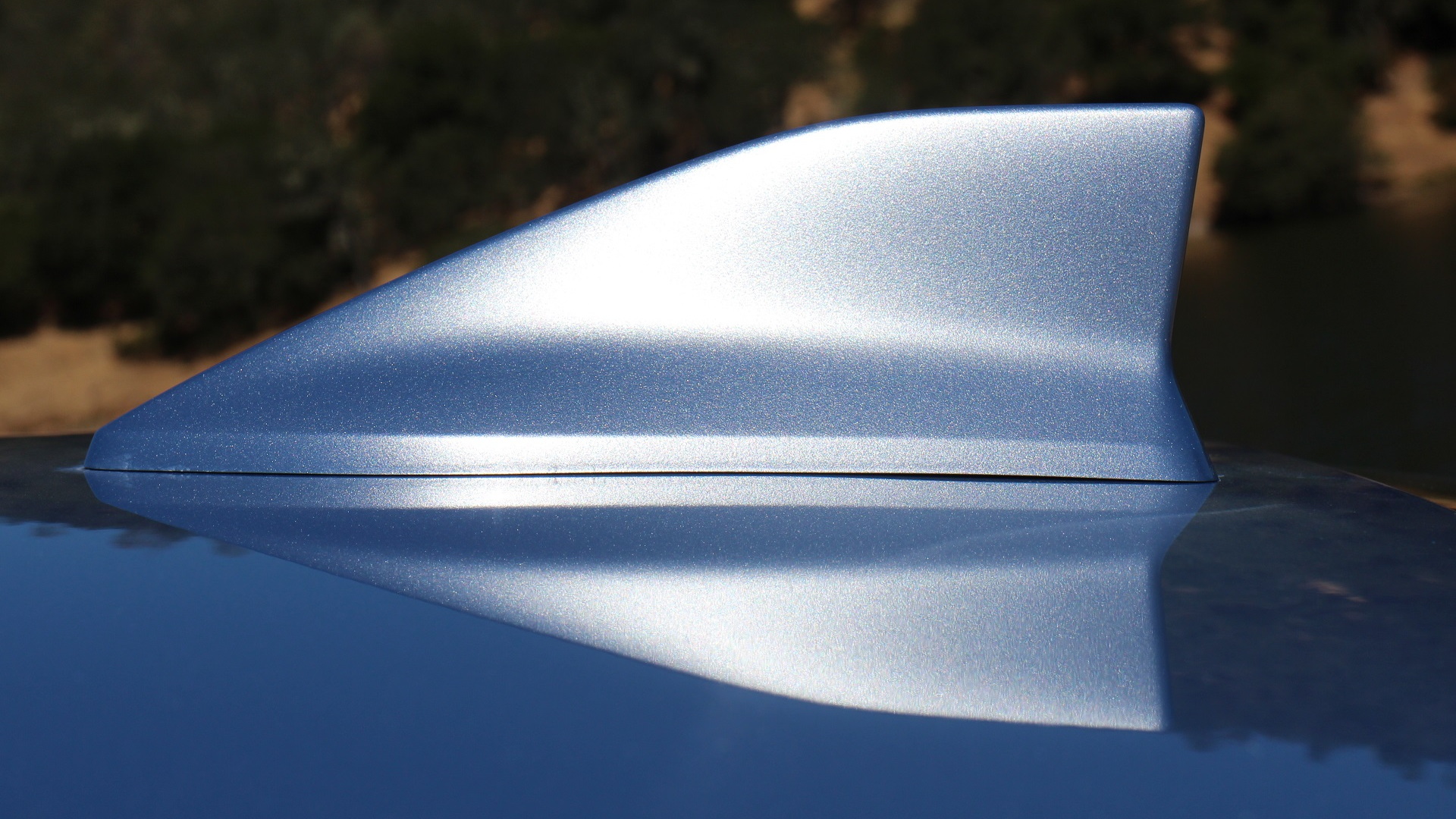 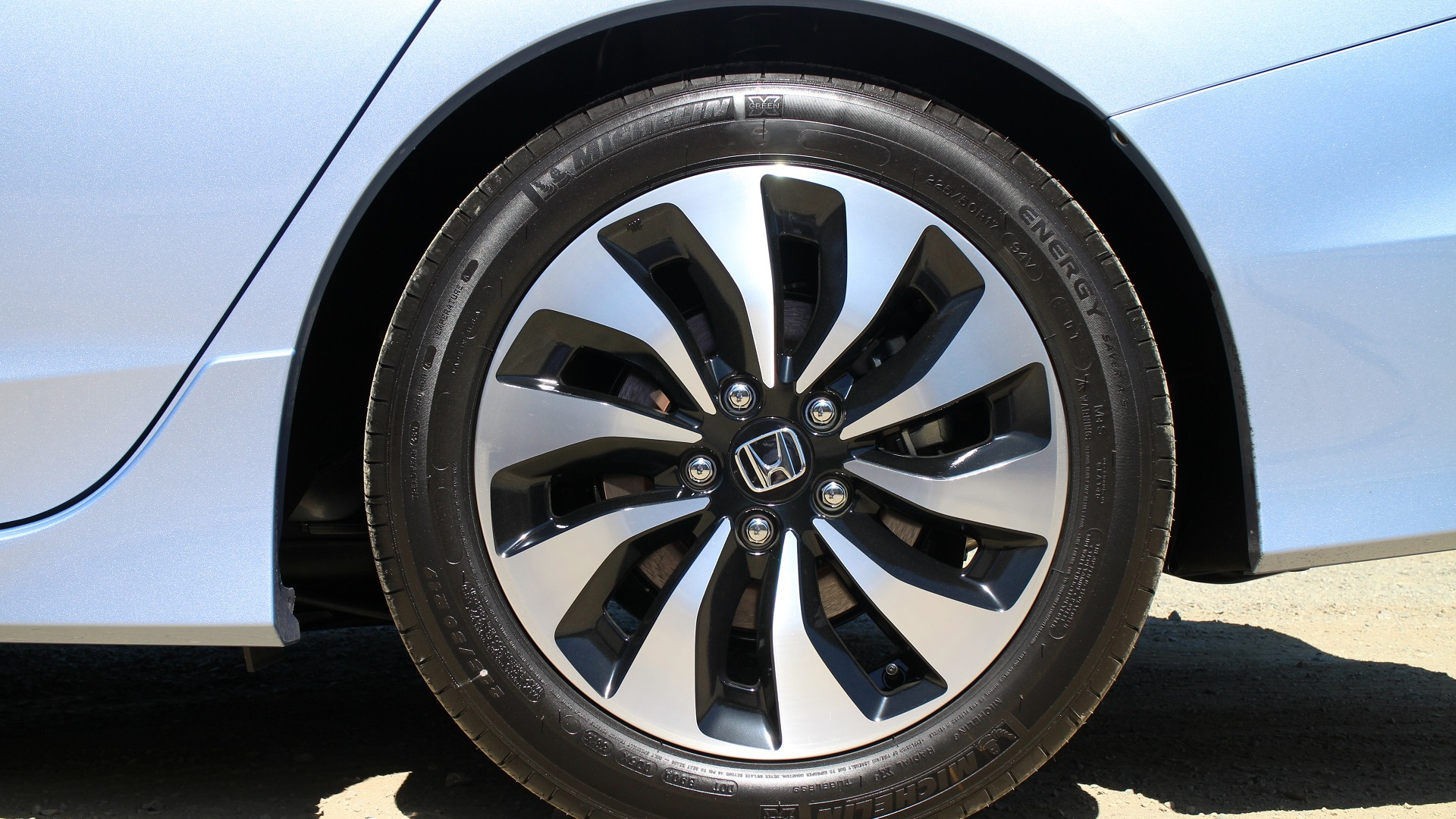 The 2017 Honda Accord Hybrid mid-size sedan was unveiled in April 2016—ending a one-year hiatus for a model that now offers the highest EPA gas-mileage ratings in the Honda lineup.

The new model uses an updated version of the two-motor hybrid powertrain fitted to earlier hybrid Accords, which were sold as 2014 and 2015 models, but the plug-in hybrid Accord will not return.

That low-volume plug-in Accord will be replaced by a 2018 Honda Clarity plug-in hybrid, also announced the same day.

It notes that those ratings are based on new and more stringent EPA test procedures instituted for the 2017 model year.

Under those new procedures, the 2014 and 2015 Accord Hybrids would have been rated at 47 mpg combined (48 mpg city, 45 mpg highway) rather than the 50-mpg highway rating that the earlier version received. 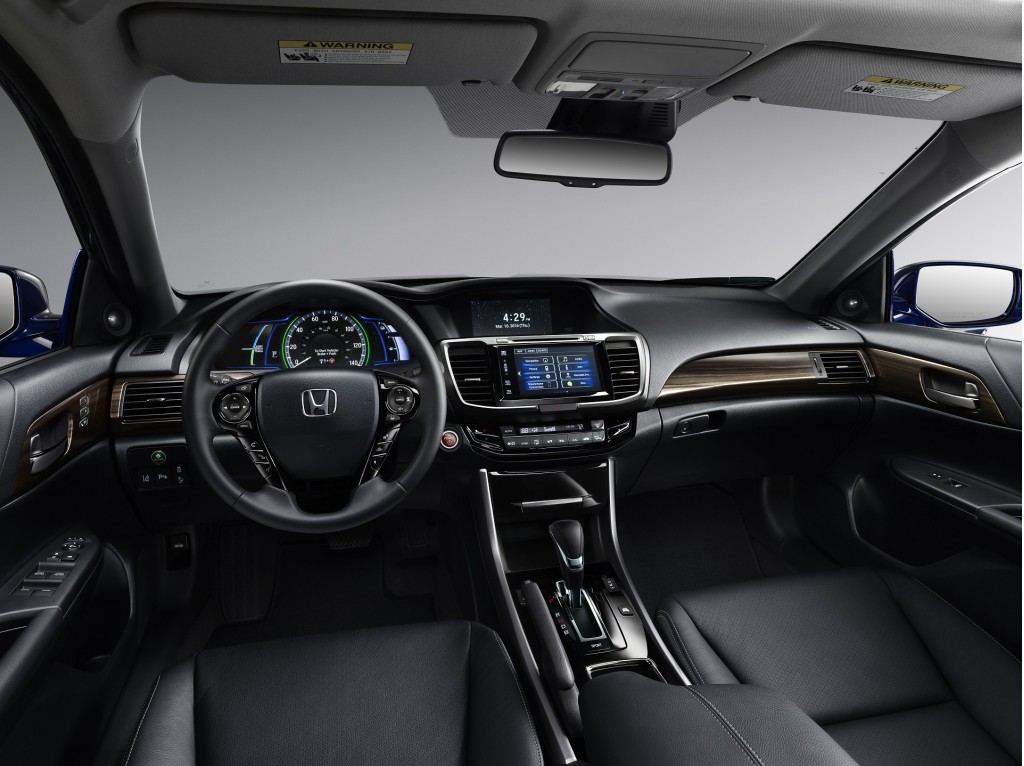 Honda says it has doubled production capacity for the car, and is targeting annual sales of more than double the 14,000 Accord Hybrids that were sold during 2014.

Limited availability of the earlier model years, which were well reviewed by many outlets, frustrated potential buyers, who reported waits of up to several months for dealers to get Accord Hybrids onto their lots.

Those shortages persisted for more than a year, and Honda ultimately chose to move hybrid production to the Accord's Japanese assembly plant.

The second generation of Honda's two-motor hybrid system is paired to a 2.0-liter four-cylinder engine that uses the lean Atkinson Cycle combustion sequence for the highest output on the least fuel.

Combined output ratings between the engine and the two electric motors is 212 horsepower, an increase of 16 hp over the previous model.

As before, the Accord Hybrid offers three drive modes, including EV Drive, which gives all-electric propulsion through the front wheels with the engine off as long as there is sufficient charge in the battery.

Hybrid Drive blends electric-only running from the propulsion motor with the gasoline engine recharging the battery using the second motor as a generator.

The Accord Hybrid shifts automatically and continually among these three drive modes, depending on which is the most energy-efficient at any moment. 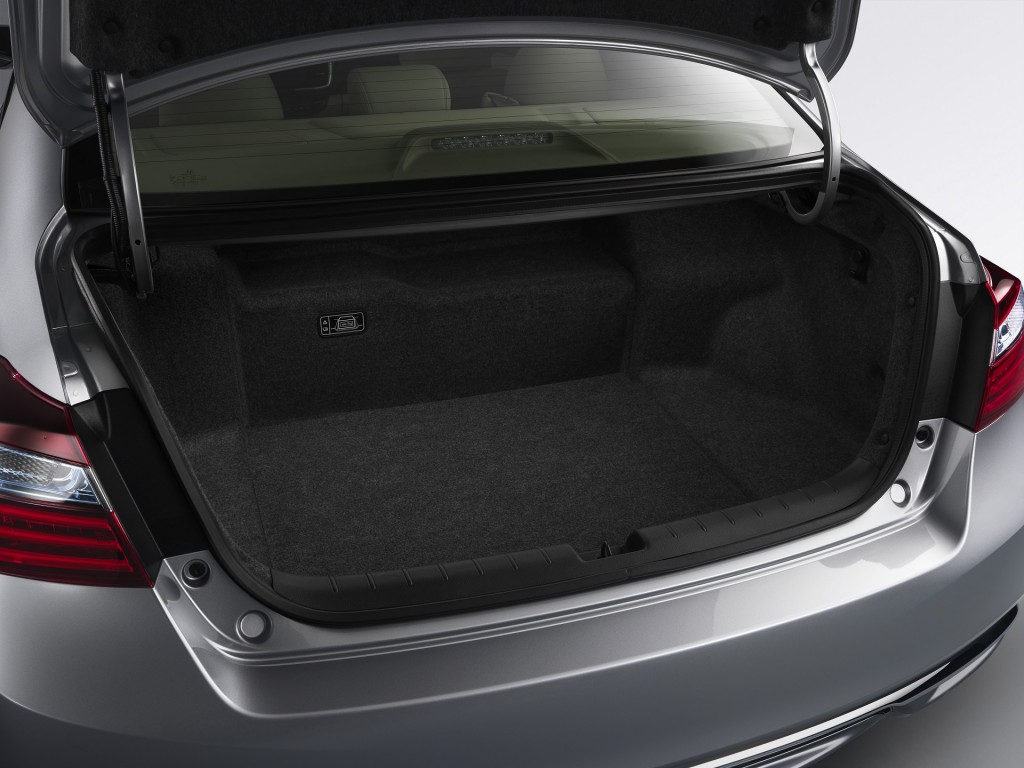 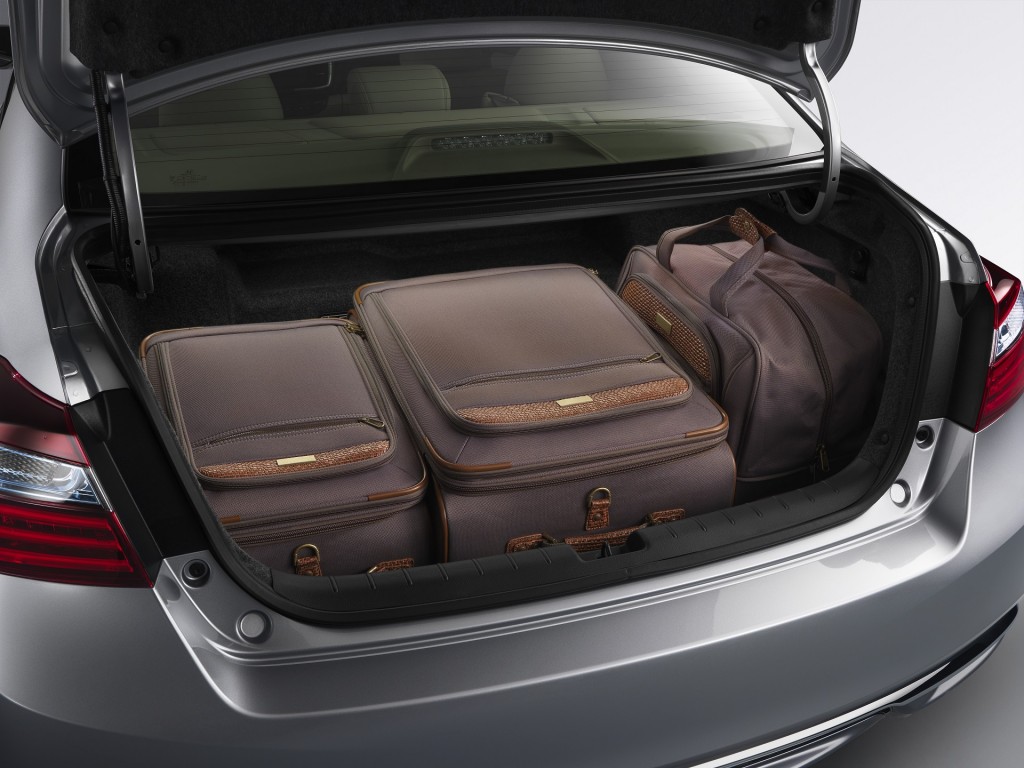 Honda has also made the lithium-ion battery pack slightly more compact in the 2017 hybrid sedan, giving it a trunk capacity of 13.5 cubic feet.

The company says that's the largest volume in the segment.

Unique features of the hybrid Accord include LED headlights and taillights with blue accents, an aluminum hood, aluminum alloy wheels, and various badges and "Hybrid" identifiers.

As well as the upgraded powertrain, the 2017 Accord Hybrid incorporates all the updates made to conventional Accords for their mid-cycle update going into the current 2016 model year, including an array of standard and optional electronic active-safety systems.

The company expects the 2017 Honda Accord Hybrid to receive the highest safety ratings: an overall five-star rating from the NHTSA, along with an IIHS Top Safety Pick+ designation as well. 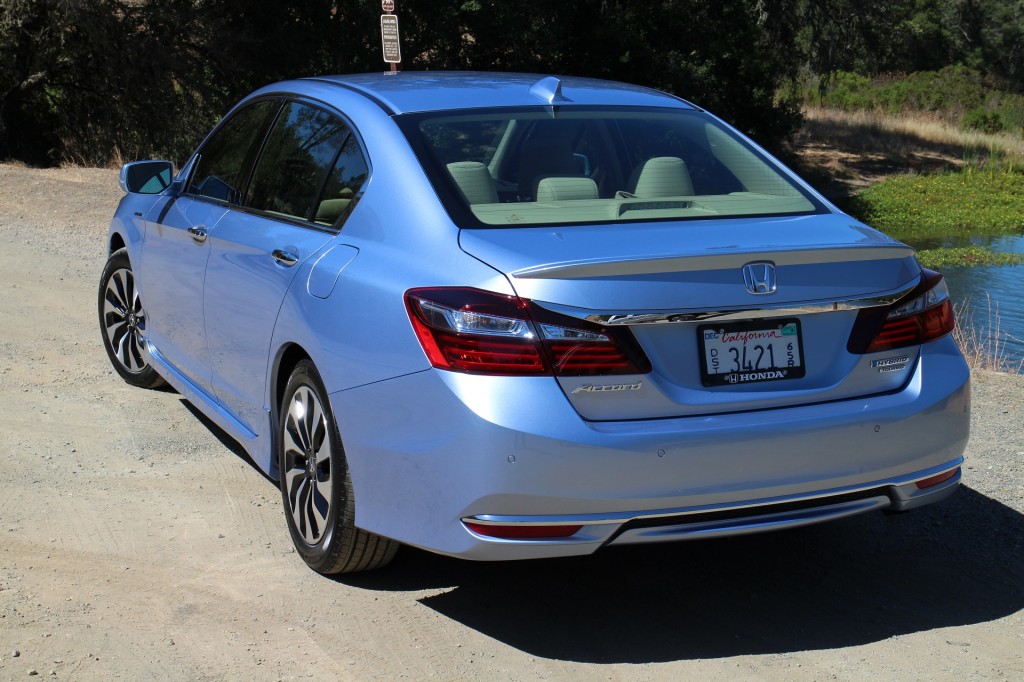 On the road, the Accord Hybrid is mostly quiet, although the engine note rises sharply under high load—it's more noticeable than expected precisely because the car is so quiet in more gentle usage.

The Accord still handles nicely, with decent if not superb electric power steering, and it's responsive to traffic once you get used to the engine note varying from changes in road speed.

The hybrid Accord has stronger all-electric running than some other hybrid mid-size sedans, and that's to its credit. Attentive drivers can keep the car in electric mode longer, while the rest will simply notice the smooth, quiet operation without focusing on which pieces of the powertrain are involved at any given moment.

But with the arrival this year of the excellent Volt-based Chevy Malibu Hybrid, some minor updates to the Ford Fusion Hybrid, and new hybrid versions of both the Hyundai Sonata and the Kia Optima, the highest-mileage Accord now has more competition than it did three years ago.

It's still among the top of the segment, and we look forward to spending enough time with it to see if its EPA ratings are backed up in real-world use.

It's just not quite as head-and-shoulders above its competitors as it used to be. Which is why it's doubly unfortunate that Honda's supply problems crippled the first rollout, when gasoline was pricier than it is today. 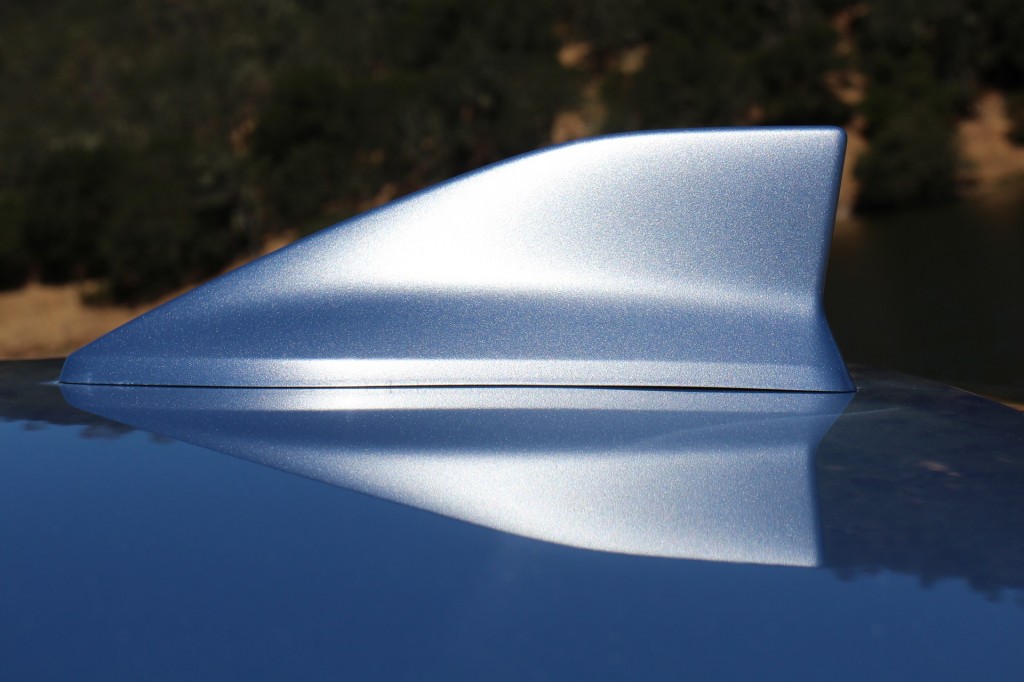 Honda offers the hybrid Accord sedan in three trim levels for 2017: Hybrid, Hybrid EX-L, and Hybrid Touring. The latter two roughly correspond to the highest trim levels on the conventional Accord sedan.

The 2017 Accord Hybrid went on sale in June 2016. Prices start at just above $30,000 (including a mandatory delivery fee) for the base Accord Hybrid trim level.