On paper, the Tesla Model S seems like a good candidate for green-minded limousine operators.

It's a luxury sedan, which is a common starting point for stretch-limousine conversions.

It's also used in taxi and ride-sharing services, indicating it should be fit for more upscale duty.

DON'T MISS: When Will The Presidential Limo Become A Tesla Electric Car? (Apr 2015)

We'll soon find out exactly how well the Model S performs as a stretch limo, because a California company is building one.

That car is still a work in progress, although it appears much of the major surgery is done. 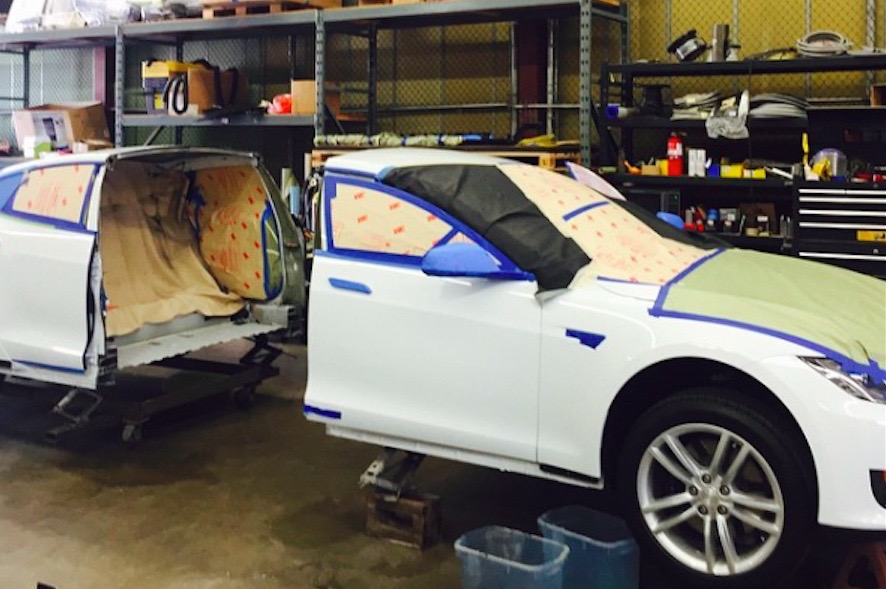 Following the typical formula for limo conversions, the Model S was cut in half between the front and rear doors, and extra bodywork was added in the middle to lengthen it.

What's unclear is how Big Limos plans to install the battery pack, which is mounted under the floor of the car.

ALSO SEE: Stretch Nissan Leaf Electric Limo For Sale On eBay: What Would You Pay? (Nov 2012)

It wasn't the only company to build one, either: Imperial Coach Builders of Springfield, Missouri, completed at least one in 2012.

That car had an extra row of seats, as it was intended to be used by a hotel as an airport shuttle. 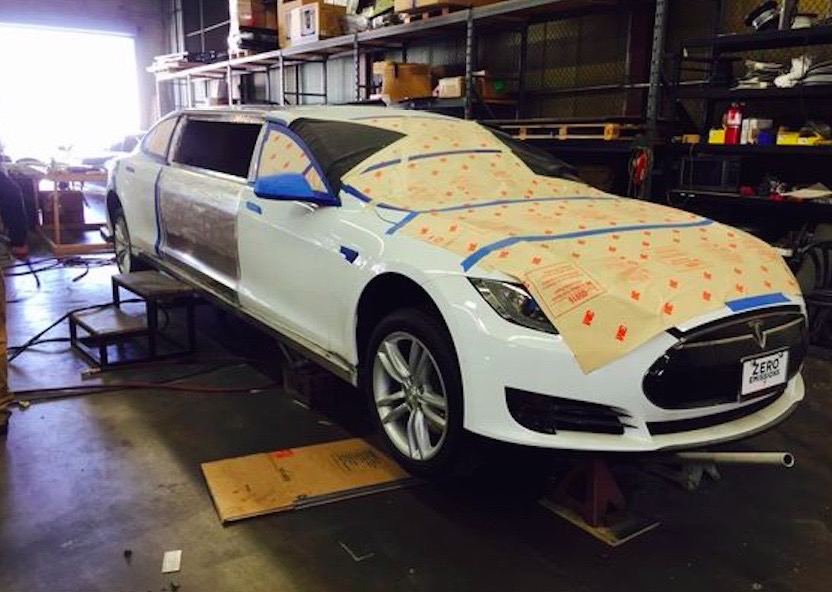 Assuming Big Limos can pull off the job, the Model S may well make a better stretch limo than the Leaf, though.

The Tesla's more upscale brand image and sleeker styling might be a better fit for, say, shuttling dignitaries or disgorging celebrities onto the red carpet.

With its greater power and a much larger battery pack, the Model S may also be less affected than a Leaf by the extra weight that comes with the added bodywork.

At any rate, it's good to have choices, even when it comes to stretch limos.