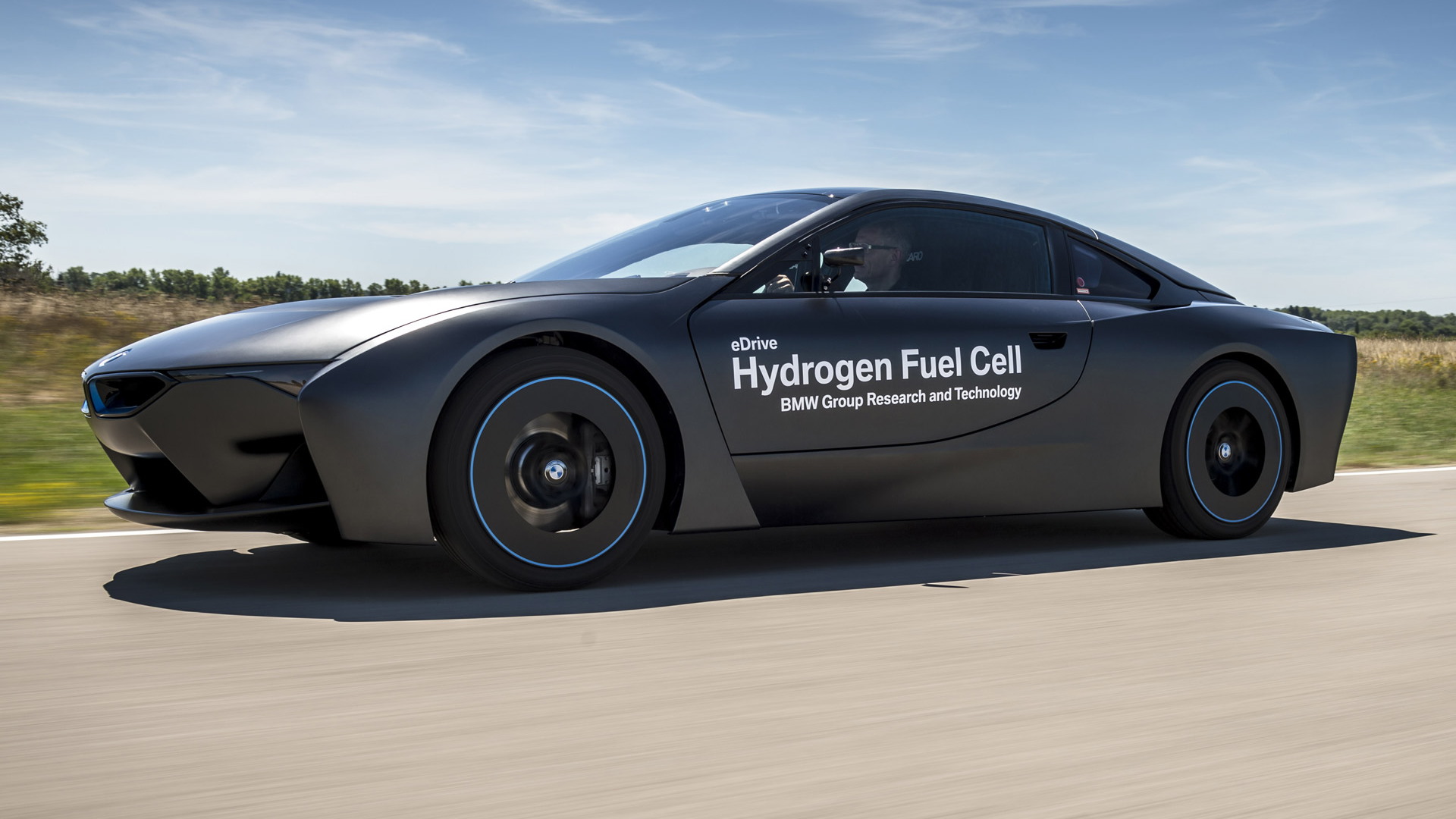 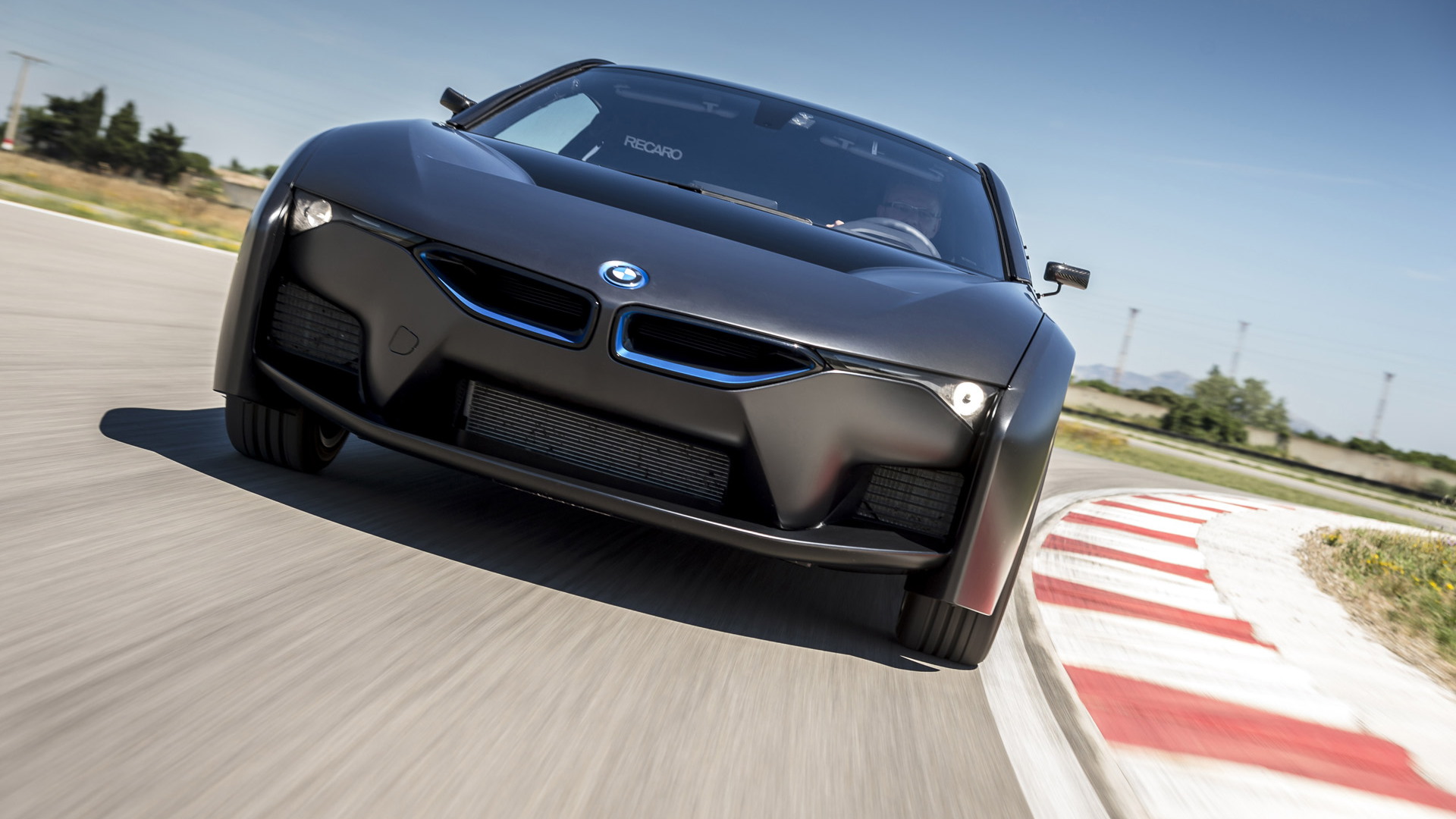 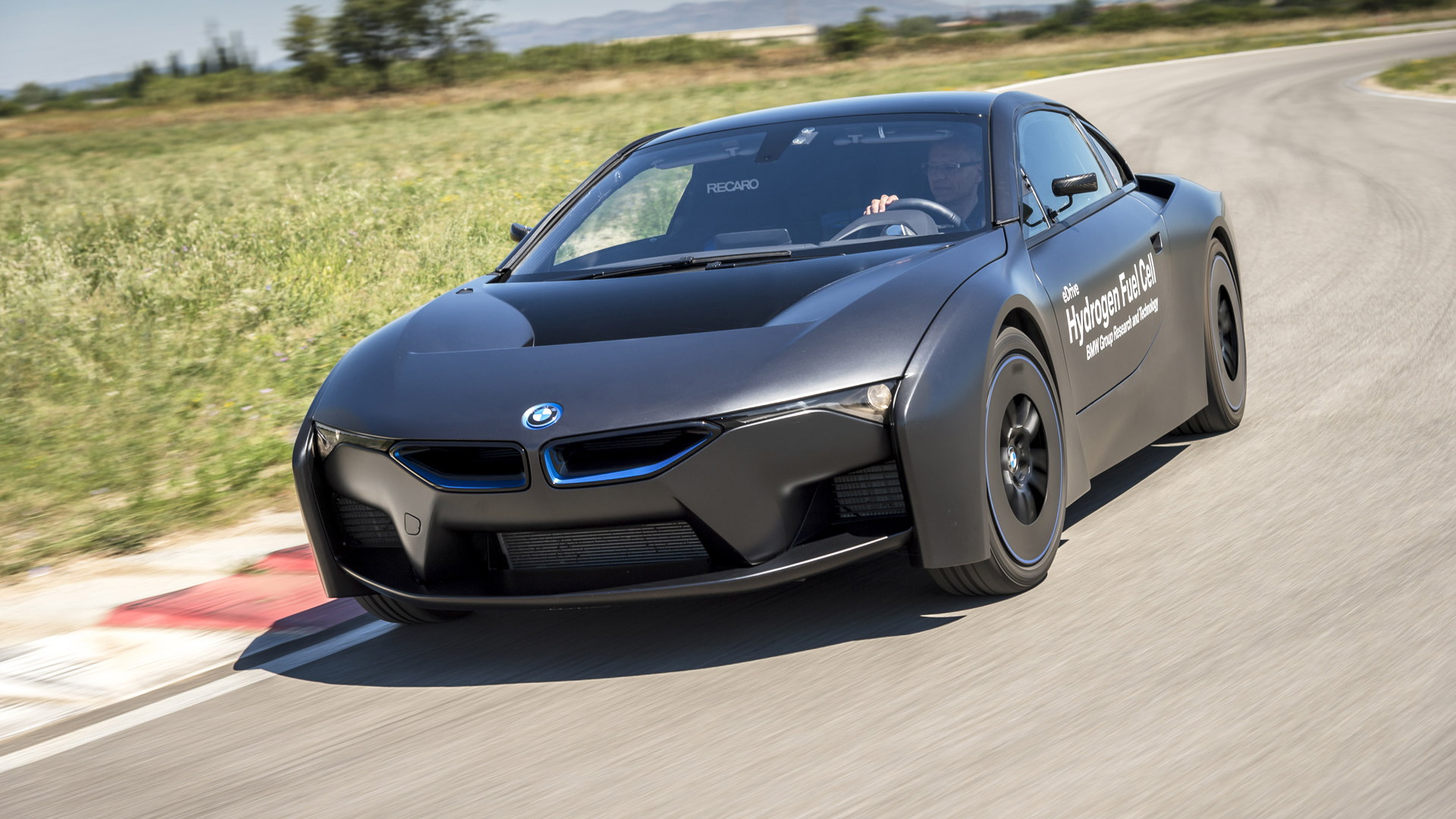 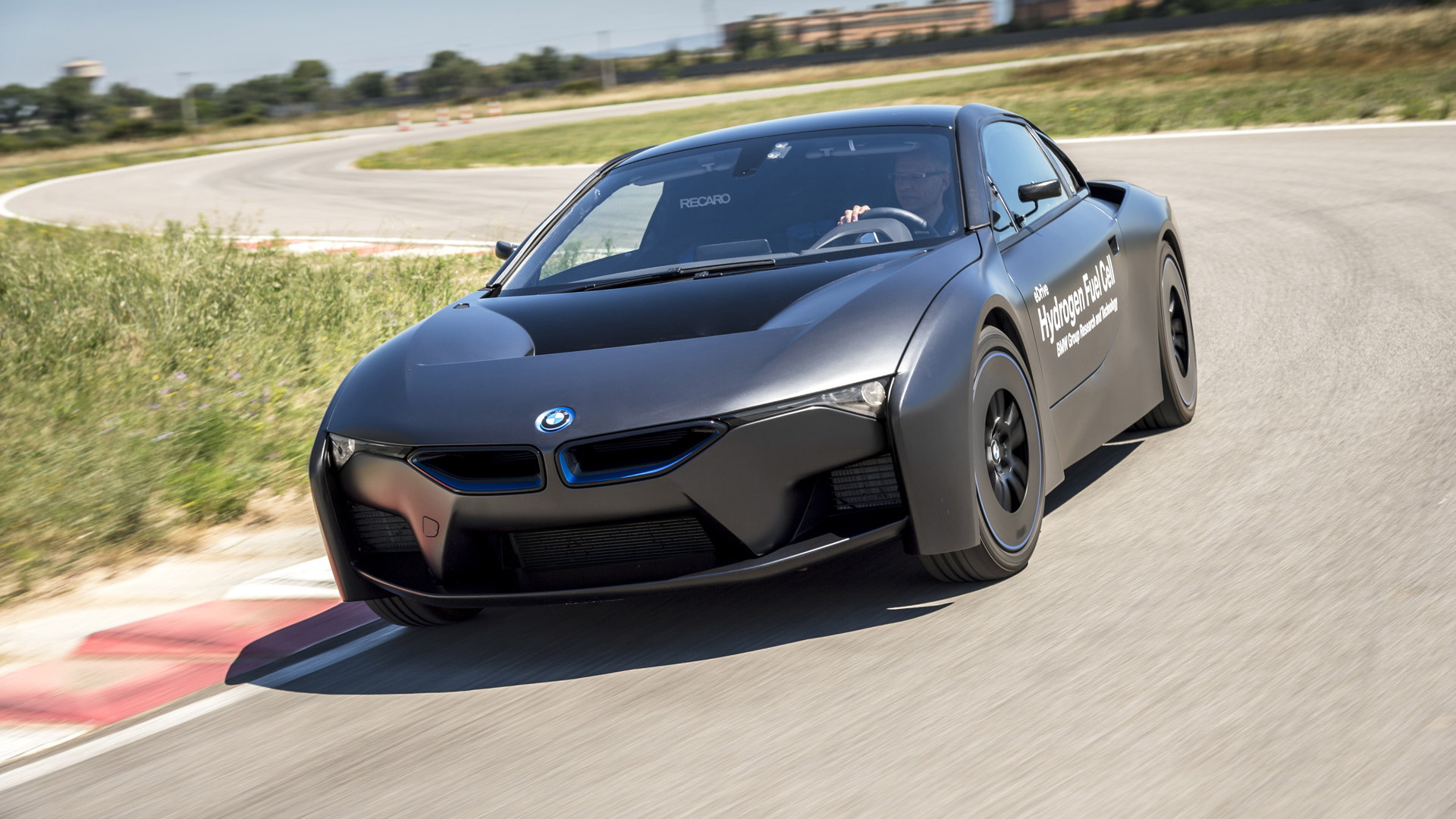 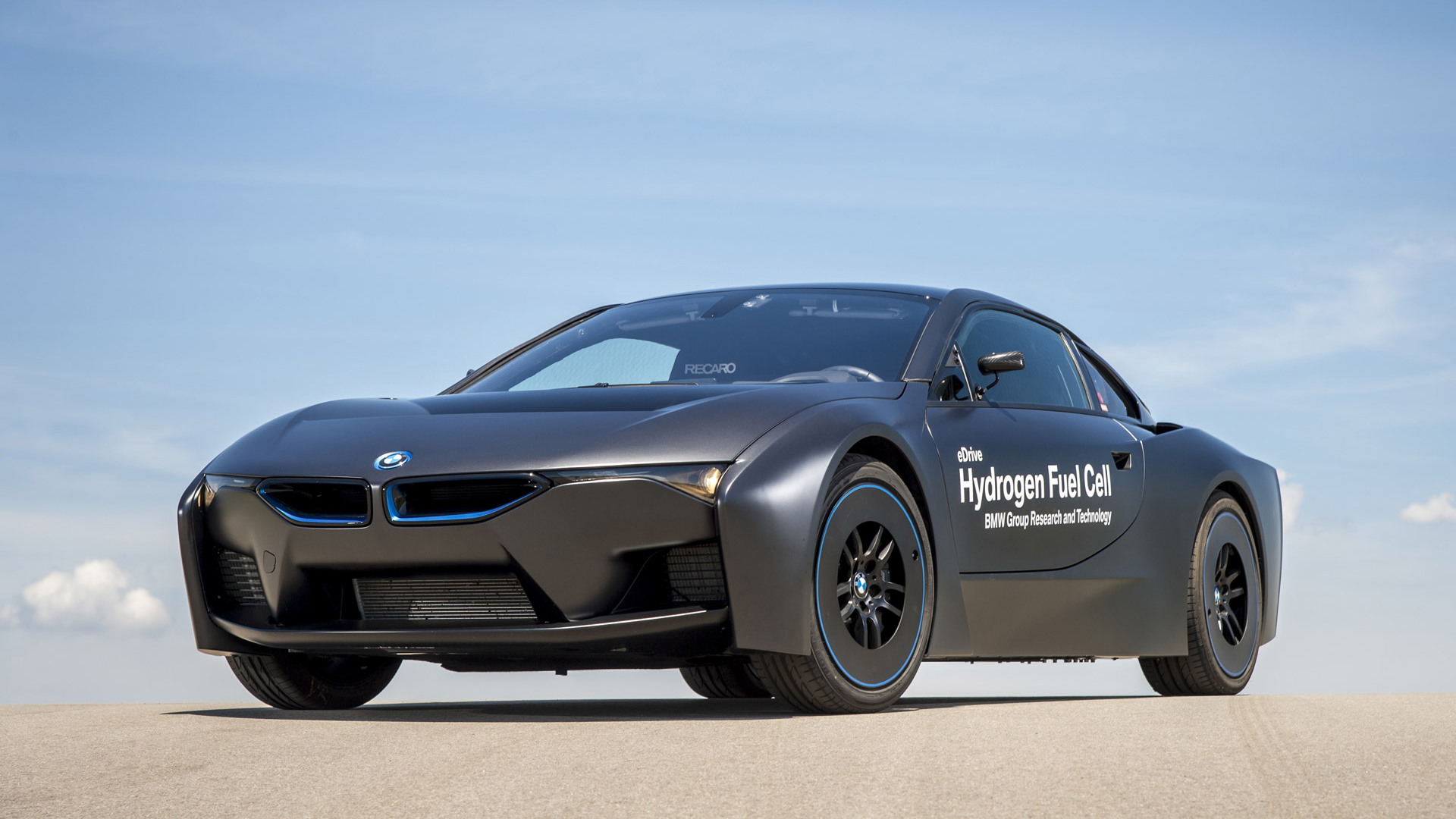 As the cost of advanced technologies to reduce the carbon footprint of vehicle travel rises, car companies have increasingly partnered to share those technologies and their costs.

Now BMW has shown the first hydrogen fuel-cell vehicle prototypes from its partnership of several years with Toyota, which aspires to be the global leader in fuel-cell cars just as it is today in hybrids.

At a media event in France, the German company showed off Toyota fuel-cell technology built into both a BMW 5-Series GT demonstration vehicle and a heavily modified i8 sport coupe.

The hydrogen-powered BMW featured high-pressure tanks down the spine of the car between the front and rear axles, a battery pack slightly larger than 1 kilowatt-hour, the fuel-cell stack itself, and an electric motor rated at 180 kilowatts (242 horsepower).

That powertrain provided a range of 500 km (310 miles), the company said, although those figures were based on the European test cycle.

If the hydrogen-powered 5-Series GT used the same tank capacity as the Mirai, its range in U.S. tests would likely be lower than that, given that it is a larger and heavier car with a more powerful motor than the Mirai.

BMW will begin testing its hydrogen-powered prototypes on the street this year, and expects several years of development time to follow.

That's five or more years after its partner launches low volumes of the 2016 Toyota Mirai, a four-seat mid-size sedan that has just been rated by the U.S. EPA at 312 miles of range when its hydrogen tanks are completely filled.

“Technically, we’re ready to put fuel-cell cars on the road, but so far it remains too expensive,” said Axel Ruecker, part of BMW's hydrogen devleopment team in a Bloomberg article on the partnership.

He called the process of turning fuel-cell technology from a laboratory project into a real-world solution for zero-emission vehicles "a task not just for carmakers, but for the whole of society.”

In Germany, plans for a hydrogen fueling network are being drawn up, with all of the hydrogen produced from renewable energy so that the car's wells-to-wheels carbon footprint per mile can compare to that of electric cars.

Toyota and BMW signed their technology partnership in late 2011. As well as joint development of hydrogen fuel-cell vehicles, the two companies are jointly developing a sports car.

It's not the only joint sports-car project, either. Fiat Chrysler and Mazda too have partnered to spin a new Fiat 124 Spider out of the 2016 Mazda MX-5 Miata that launched earlier this year.

BMW provided fewer details about its i8 hydrogen-powered prototype, though that car drew much more attention for its sinister flat-black paint job and extended bodywork.