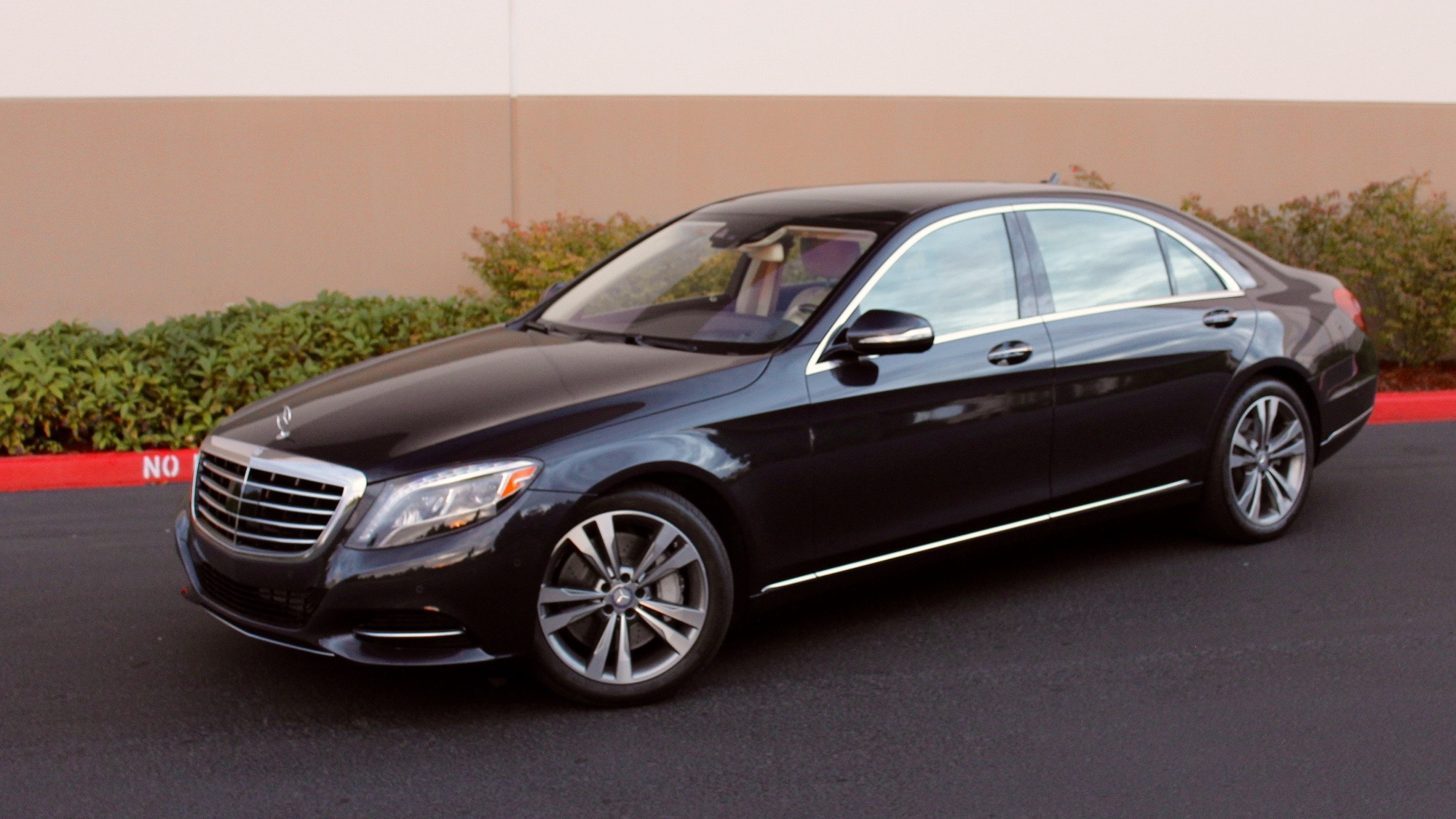 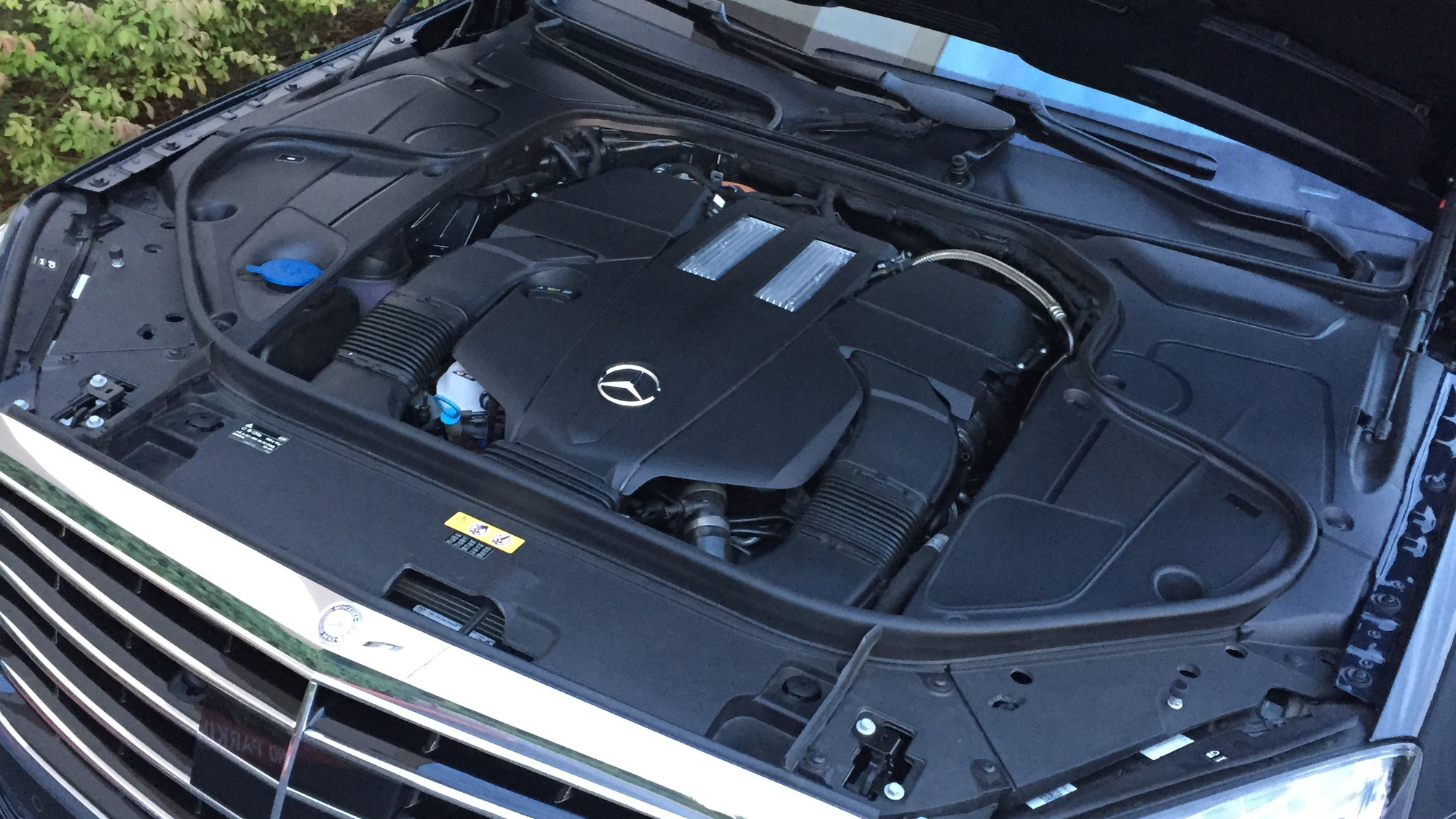 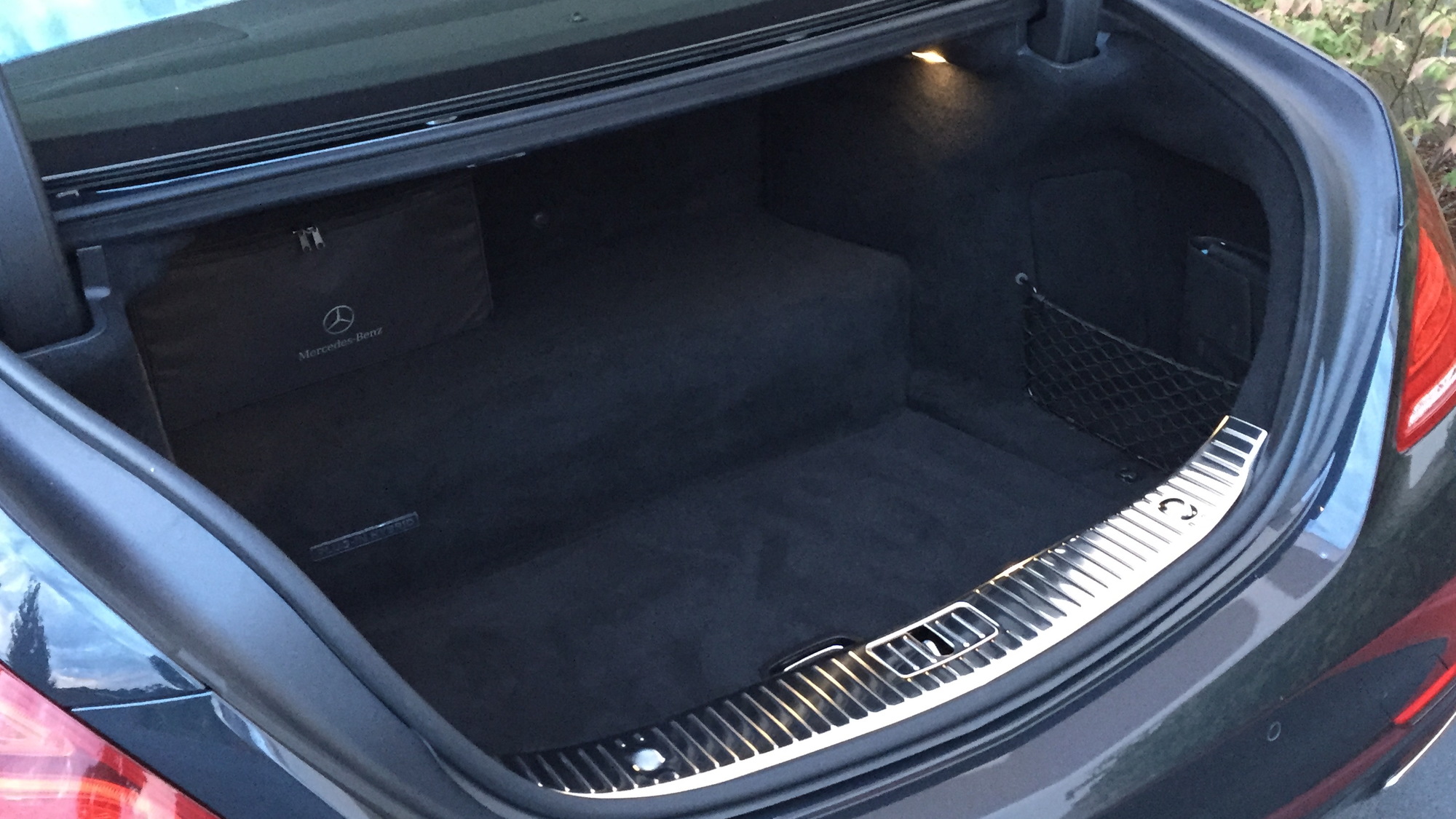 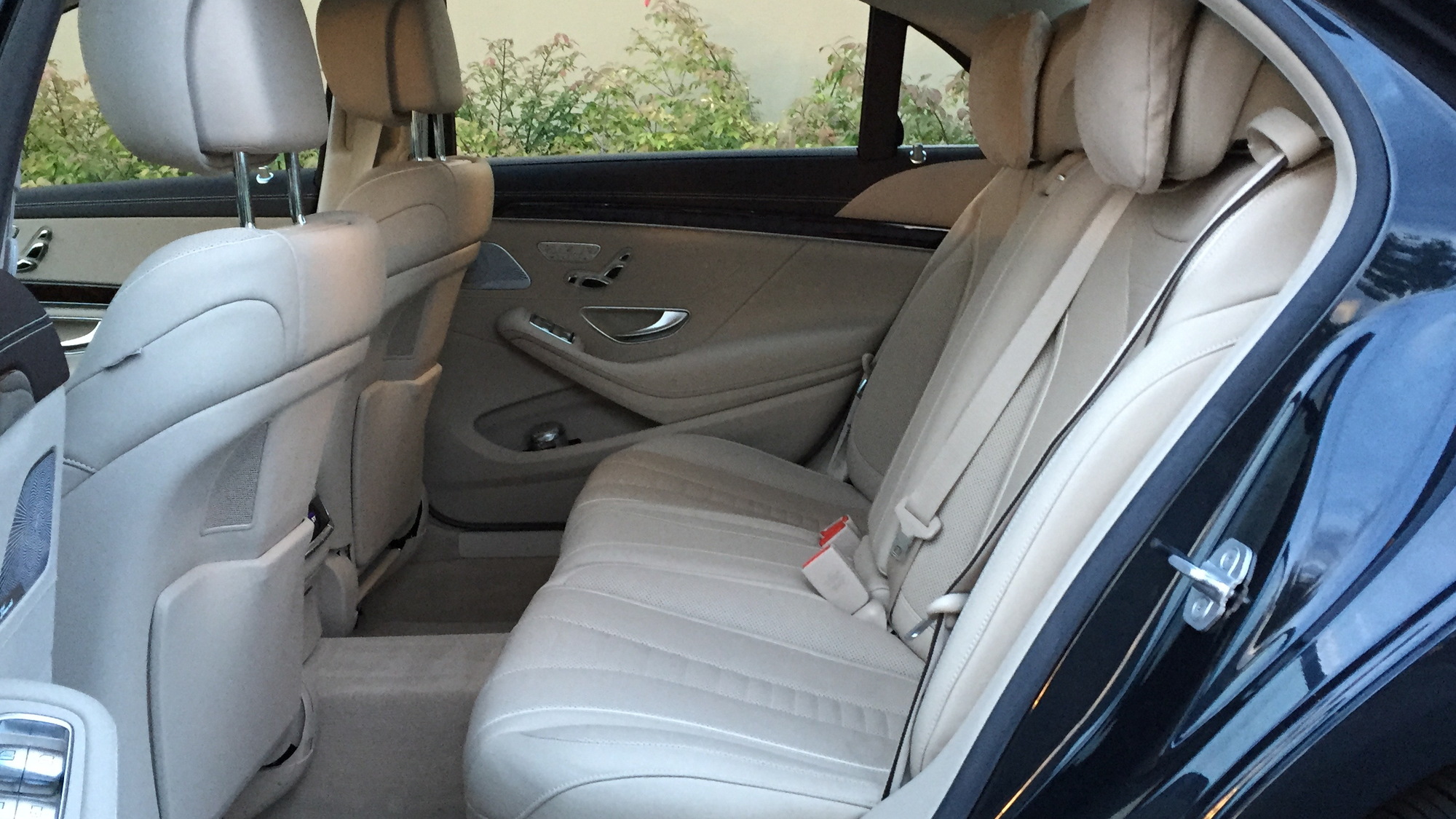 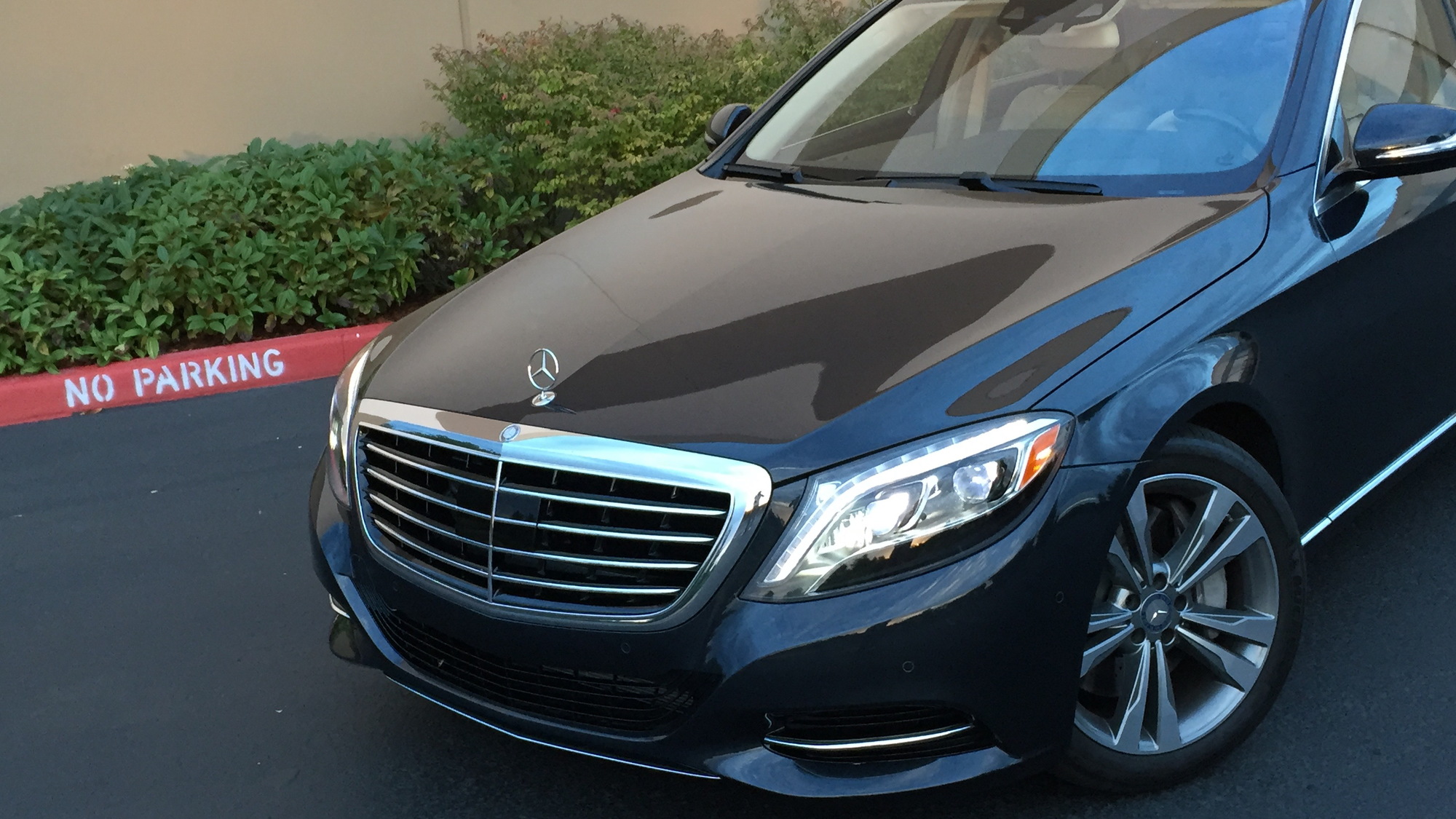 The Mercedes-Benz S550e Plug-In Hybrid is packed with some of the best safety technology and creature comforts you can get in any new car today, regardless of price.

It also moves smartly, with an advanced plug-in hybrid system that lets you plug in overnight—or even for a few hours—and then drive for a dozen or so miles before transitioning into an especially smooth gasoline-electric hybrid.

In effect, you can wow your friends with all-electric motoring, and preach your respect for the environment, on the way out to dinner a few miles away, then have a pleasantly performing gasoline hybrid to cover weekend highway trips or longer commutes.

Therein lies the allure. The reality, as we found, over a few days with the S550e in Portland earlier this fall—following up on our first drive in Europe last year—is that if you tend to fixate on fuel efficiency and the numbers, this probably isn’t the luxury hybrid for you.

Like many of the plug-in hybrid models on the market, it’s full of conflicting signals. One of them is that, despite this emphasis on plugging in, it doesn’t feel like it’s wholeheartedly trying to sell us on the joys of electric motoring. You simply can’t lock in an electric mode; get a little too exuberant and press most of the way into the accelerator’s travel and the gasoline engine starts up without hesitation. For the obsessives among us, there went your mileage, and some of the polar ice caps.

The S550e includes four main modes: Hybrid, E-Mode, E-Save, and Charge. Finish charging, and the S-Class Plug-In starts out in E-Mode, which allows that all-electric operation, most of the time. E-Save holds the level of charge you have, saving it for a tight city center where you might want to go all-electric. And the Charge mode uses the gasoline engine to restore charge in the battery—albeit at the cost of fuel efficiency (and emissions).

Besides the typical Mercedes-Benz Sport (S) and Efficiency (E) modes, there’s also an E Plus mode that helps maximize mileage and range.

But here’s the other piece of disappointment: The S550e Plug-In Hybrid doesn’t go anywhere near its claimed 20 EV miles if you use it and drive it like an S-Class.

In two separate full charges, we were able to travel 7.7 and 9.9 miles, respectively, before the gasoline engine started up. The shorter distance was in urban stop-and-go, while the 9.9 miles was on the freeway, with the flow of traffic. Both figures were in rather warm weather, with the air conditioning set to its automatic mode.

According to the EPA, the 2016 Mercedes-Benz S550e Plug-In Hybrid (unchanged versus the 2015 model we drove) will go 12 miles on electricity alone, or 14 miles in a mixed mode, and it earns fuel economy numbers of 26 mpg on gasoline only, or 58 MPGe (miles per gallon equivalent) on a mix of gasoline and battery charge.

In the 9.9-mile loop, we kept driving; and by the time we’d completed our loop of 26 miles, the trip average had only dropped to 31.7 mpg.

Once we exhausted that charge, we set out to see what sort of mileage the S550 gets in its standard hybrid mode. Over a 26-mile stint on the same loop (averaging slightly less, 54 mph, because of smooth but slower-moving traffic), we averaged an indicated 20.6 mpg.

And finally, we had to see how the charge-restoring mode affected mileage. In highway driving, following only a 14-mile portion of that highway loop, we barely managed 18 mpg, but during that time brought our battery level from less than 20 percent up to more than 45 percent.

Although this might serve as a regulatory workaround in some global markets, here in the U.S. it serves first and foremost as a gimmick allowing you to charge up on the highway, then impress with your “electric car” as you arrive to a trendy restaurant or evening event.

Over a few days and about 115 miles with the S550e—using two full charges as well as one partial charge, our overall average ended up being about 27 mpg, according to trip-computer results. Plugging in really will boost your mileage (and your gasoline independence) if you do it faithfully and travel relatively short distances overall.

The hybrid system is essentially the same as the one we drove earlier this year in the GLE550e Plug-In Hybrid SUV, and it combines a 329-horsepower, 3.0-liter twin-turbocharged gasoline V-6, with an 85-kilowatt electric motor system and an 8.7-kWh battery pack. The electric motor is mounted at the front of the seven-speed automatic transmission, with an electronically controlled clutch pack that can decouple the gasoline engine for pure electric operation as desired.

Altogether, the hybrid system makes 436 horsepower and 479 pound-feet of torque, and Mercedes-Benz says that this model can accelerate to 60 mph in just 5.2 seconds. Battery range is said to be up to 20 miles.

You can reach 87 mph in electric-only mode, according to Mercedes-Benz, while the S550e’s top speed is limited to 130 mph.

Charging the S550e on a 240V charging system takes as little as 2.5 hours; we only used normal U.S. 120V AC for charging with the S550e and noticed that it was fully charged in about seven hours.

We again think that the charging door, built into the rear bumper fascia of the car, is at a very odd location.

Although Mercedes-Benz got regenerative braking right in its B-Class Electric Drive, and the brakes felt great in the GLE Plug-In Hybrid we drove earlier this year, our test S-Class Plug-In Hybrid had some grabby brakes that were difficult to modulate in the last few mph of each stop.

All the brilliant traits and technology of the S-Class

Ride quality was awesome, and I’d call this long-wheelbase S550e the most comfortable, composed sedan I’ve driven this year. It even felt reasonably sporty and well-controlled when I took it on a brief detour down a curvy road. Push this car a little harder for the moment, and the S-Class responds with surprising athleticism, even though it weighs more than 5,000 pounds; then the electric motor seems to rise to the occasion, filling in all the flat spots and power interruptions for shifts that the gasoline powertrain otherwise might have.

This is, after all, a very expensive luxury sedan. With a price of the S550e as tested at $114,315, this model is in the same budget as the most desirable Tesla Model S models.

There’s no doubt about it, the S-Class Plug-In will wow passengers with quiet, all-electric operation, plus some of the most advanced features in the world, in any vehicle. Will 10, 12, or 14 electric miles be enough, or might you want more?