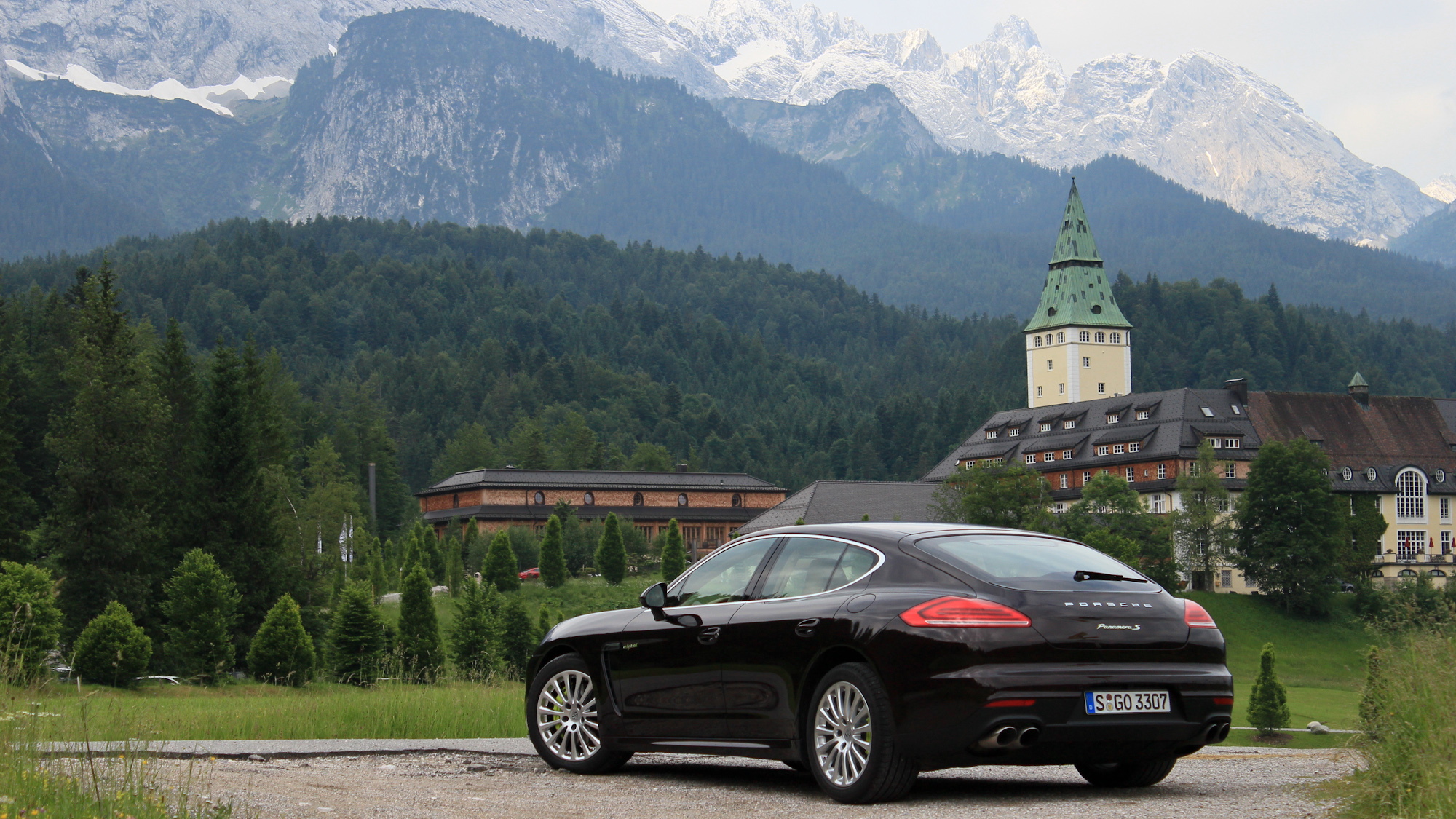 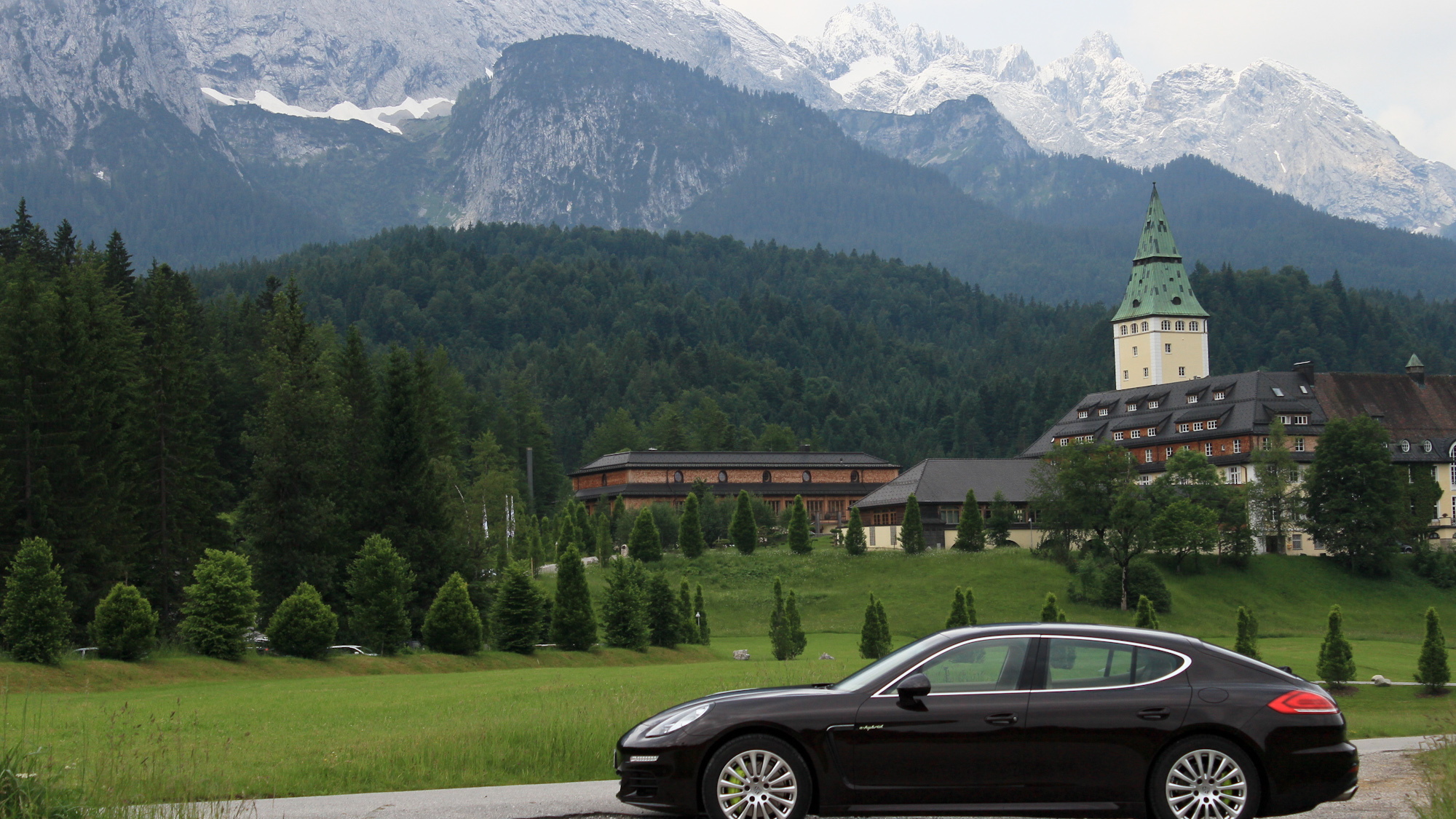 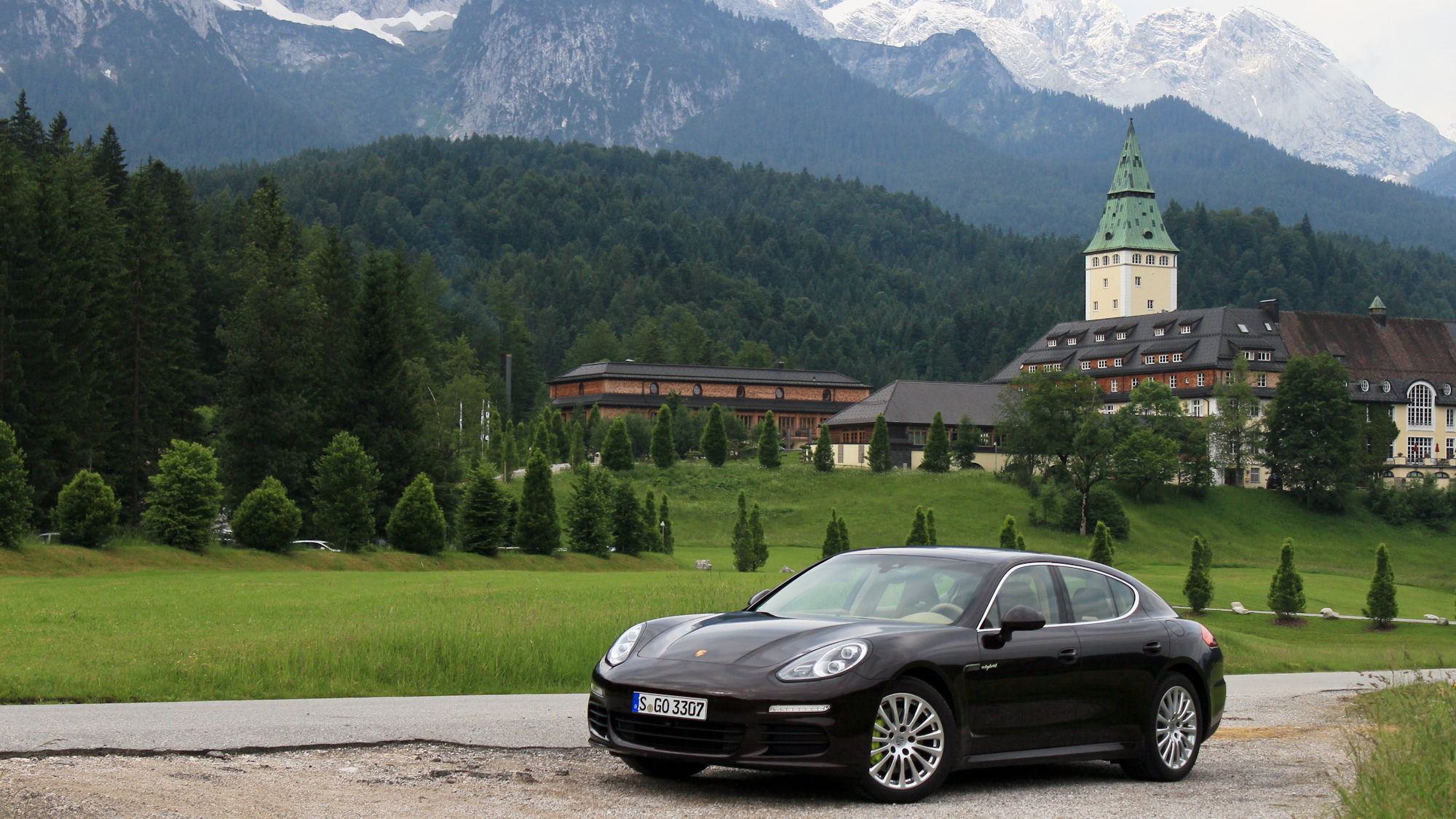 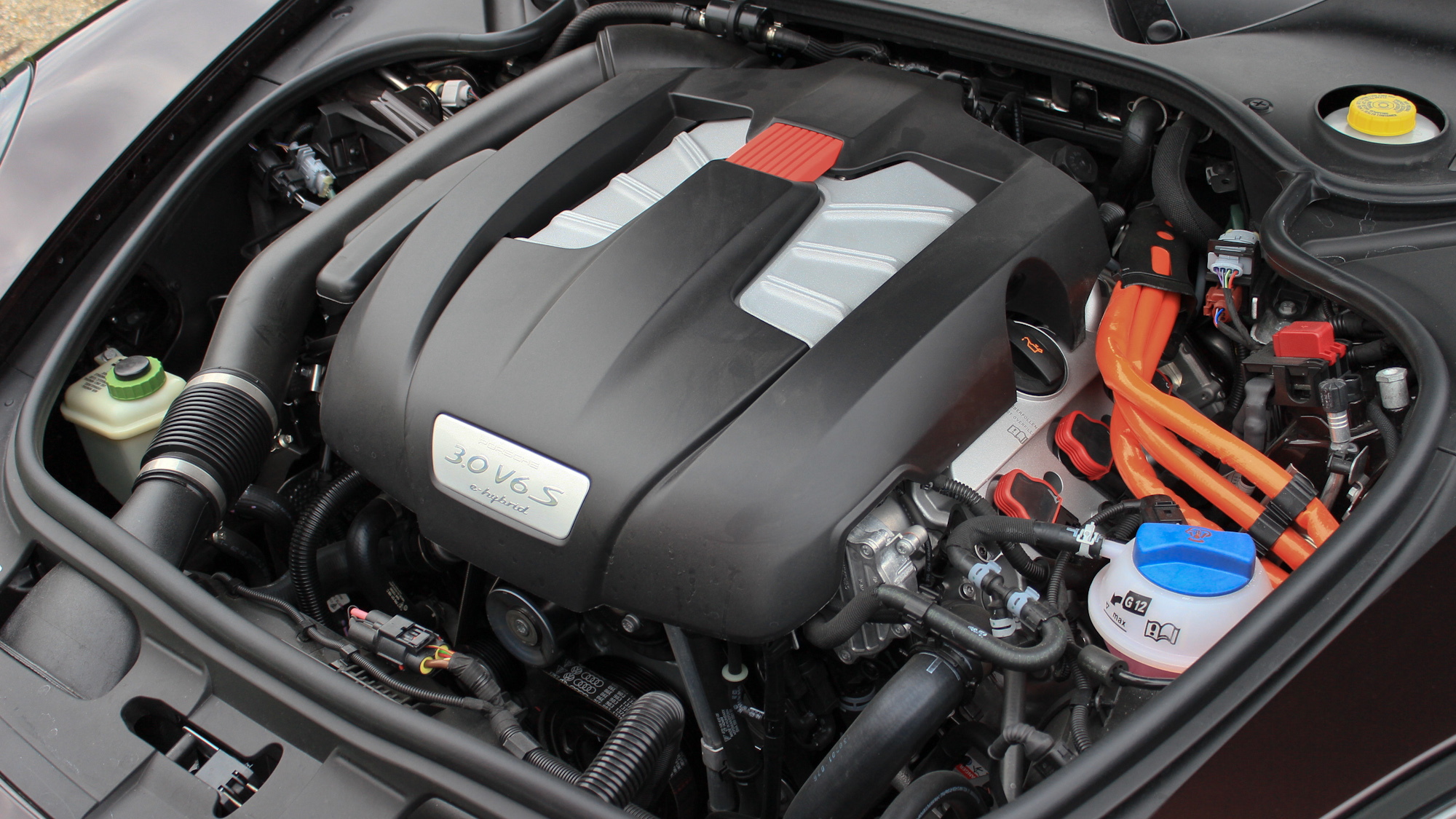 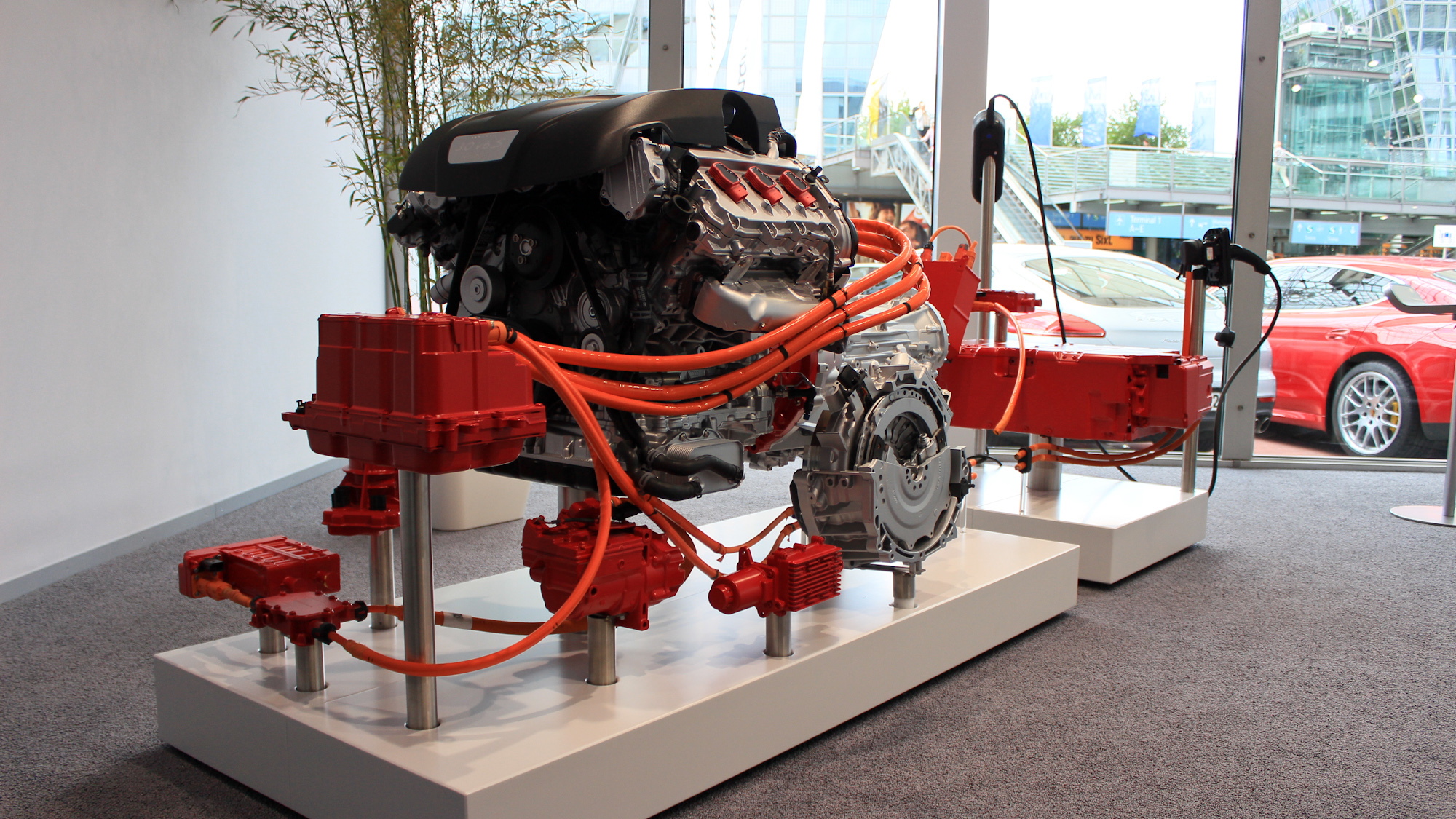 22
photos
Porsche isn't the first name in hybrids, or even in green cars. But the company is leveraging its depth of engineering knowledge to move forward in the field rather quicker than a small company should.

Examples of this include the 918 Spyder supercar and the new 2014 Panamera S E-Hybrid. The 918's 887-horsepower rating and 0-60 mph in 2.8 seconds capabilities are impressive, especially in light of its target gas mileage of 85.6 mpg in the European cycle. But the Panamera S E-Hybrid is the car those closer to ordinary mortal status will be able to attain.

And it's no slouch, either. Porsche estimates fuel consumption at 75.8 mpg in the European cycle (3.1 liters per 100 kilometers), thanks to a set of updates to the engine and hybrid system. What that will translate to in U.S. EPA testing remains to be seen, but it's not likely to be 75 mpg.

Now sporting a 3.0-liter supercharged V-6 engine paired with an electric motor and a 9.4-kWh lithium-ion battery pack, the Panamera S E-Hybrid generates a combined output of 416 horsepower, managing a 5.2-second sprint to 60 mph despite the extra 550 pounds of battery pack compared to a non-hybrid Panamera S. A PDK dual-clutch transmission is skipped in favor of a Tiptronic S eight-speed automatic, chosen because it works more fluidly with the electric side of the powertrain.
That electric side is surprisingly potent, offering up to a claimed 22 miles of all-electric driving at speeds up to 83 mph. In our brief drive of the car last week in Germany, we easily achieved a total electric-only range of 25 miles, and under the right conditions, even farther would be possible.

When driving in electric mode, the Panamera S E-Hybrid behaves like just about any other all-electric car. There's not as much ultimate power on tap as in the Tesla Model S, but the high-torque (229-pound-feet) 95-horsepower electric motor is plenty for accelerating from stop lights and maintaining speed on the highway. For the statisticians, the S E-Hybrid's motor operates at 360 volts, up from the previous hybrid's 288 volts.

The new luxury hybrid sedan can also be charged from AC power. An included Porsche Universal Charger will replenish the battery in about 2.5 hours when connected to a 240-volt source. Because of the standard plug-in power connector, it can also be recharged at public charging stations. The Porsche charger can also be used with 120-volt sources. A Porsche Design charging dock is also included to mount the universal charger to the owner's home.

Another fuel-saving feature is the new "coasting" mode, which turns off the engine and lets the car coast along at highway speeds, re-engaging if necessary. At the same time, the coasting mode helps recharge the batteries.

On the whole, the Panamera S E-Hybrid drives like you'd expect any other Panamera to, which is to say, quite well. It's heavier and a touch less concerned with ultimate sportiness, but it's still a Porsche, and that engineering and tuning knowledge shows through; if you're after a plug-in hybrid with real all-electric capabilities that doesn't compromise on luxury or features, while also being rather quick, yet seating four in comfort, the Panamera S E-Hybrid should be at the top of your list.

For the tech-connected, there's even a new Porsche Car Connect app, which offers standard connectivity and functionality with the S E-Hybrid (it's optional on other Panameras). With the app, drivers can remotely monitor charge status or remaining driving range, set a charge timer to charge from the wall at cheaper electricity rates, and remotely activate the climate control to pre-heat or pre-cool the cabin. It can even remember where you parked.

In the dash, a Power Meter replaces the traditional tachometer and can display a variety of information about the hybrid system's function, including driving range in both efficiency and sport modes; on-the-fly power distribution and recuperation; and activation points of the internal combustion engine when the driver requests more power. Additional information can be found in the center-mounted screen via the Porsche Communication Management system.

With its wealth of high-tech features and luxury appointments, the 2014 Porsche Panamera S E-Hybrid is an impressive entry in a difficult field. Attempting to span the sport, luxury, and hybrid segments, and doing all three aspects with results in the good-to-excellent range is a feat of engineering that's easy to appreciate, if not to replicate.